A Few of Our Favorite Artists Remember Jackson Pollock

In anticipation of our The Hundreds X Jackson Pollock collection releasing this Friday, 8 present-day artists share how the iconic abstract expressionist inspired them.

In the mid-1940s, around the time the first atomic bomb was tested, American painter Jackson Pollock blitzed the art world. His energetic abstract paintings were an affront to Realism, and his drip technique was just as offensive. Instead of representational paintings of objects and animals, Pollock used stiff brushes, sticks and turkey basters to drip, splash and squirt household paint onto canvas. The canvas, as art critic Harold Rosenberg wrote in The American Action Painters in 1952, was an “arena in which to act, rather than as a space to reproduce, re-design, analyze or express an object… What was to go on the canvas was not a picture but an event.”

To create such “events,” Pollock, squeezed, dribbled, and splashed paint on canvases laid directly on his studio floor. “On the floor, I am more at ease,” he said in Possibilities in 1947. “I can walk around it, work from the four sides and literally be in the painting.” Because of this, his paint-splattered floors became works of art too, and for the upcoming The Hundreds X Jackson Pollock collection, a detail from his colorful and multilayered studio floor will appear as a graphic element on a series of printed T-shirts, a strapback and canvas work jacket, as well as a skateboard deck, ashtray, and Modernica fiberglass shell chair.

To celebrate the launch of this landmark collection, we asked nine contemporary artists that we love and have interviewed in the past—Stefan Marx, Utah & Ether, Brendan Monroe, Brian Scott Campbell, Alex Jenkins, Madsteez, Scott Patt, and 2shae—to share how Pollock inspired or impacted them. Read their answers below, and look out for the collection on July 7 tomorrow.

“Pollock’s Black Paintings from 1951-’53 are influential to me, and it’s important to remember that he enjoyed a kind of ‘Dylan-goes-electric’ controversy with these. His relationship to paper and the translation of that to raw canvas has been really important to me.” 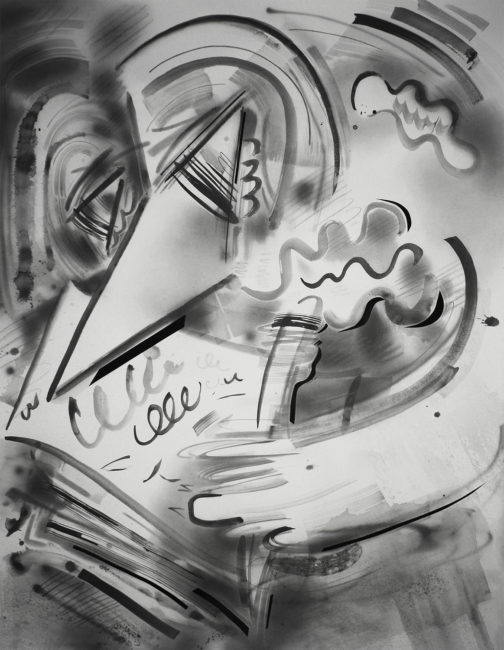 “The first time I saw a painting by Jackson Pollock was on a fifth grade field trip to NYC. I believe it was his work, ‘Autumn Rhythm.’ I still remember the scale, energy and weirdness of what I was looking at compared to what I understood ‘art’ to be at that time. As a naive kid from the burbs of Pennsylvania it was an awakening. For me, Pollock’s work represents the courage, risk, and exploration it takes to find a unique and independent voice as an artist.”

“What I take from his body of work is pure energy and explosive texture. I’ve always loved the way he and even Stedman use a drippy paintbrush and brushstrokes to give letters and splatters their own life. Each one of the strokes is filled with so much energy! There’s only one Jackson Pollock and I feel like he deserves all the attention that he’s getting. God bless the artist who believes in his work!”

“What I take from [Pollock’s] body of work is pure energy and explosive texture.” -2shae

“I always liked the studio photos of Pollock working on pieces, canvas on the ground, and the house itself looked so nice and peaceful. It looks always so special, and somehow, I liked that in most of his portraits he is smoking. It fits him well.”

“What I always found most interesting about Pollock was never his finished pieces, but more so his approach to gaining inspiration for his art. Freight hopping, shoplifting food and necessities, stealing gasoline to go on cross country ‘sketching trips,’ and using the insight gained from lived experiences to inspire his paintings, in many ways is actually quite similar to how a graffiti writer works. The contrast between his fine art and its humble, more-or-less criminal origins is definitely intriguing to me, as my own art focuses on the balance of aesthetics and illegality.”

“What most appeals about Pollock to me is his contained chaos that coincides with the vulnerabilities and frailties as a person. You can see his tragic decline in his work. I like how he pioneered his own form of painting in a brave move, veering from a more traditional, figurative style.” 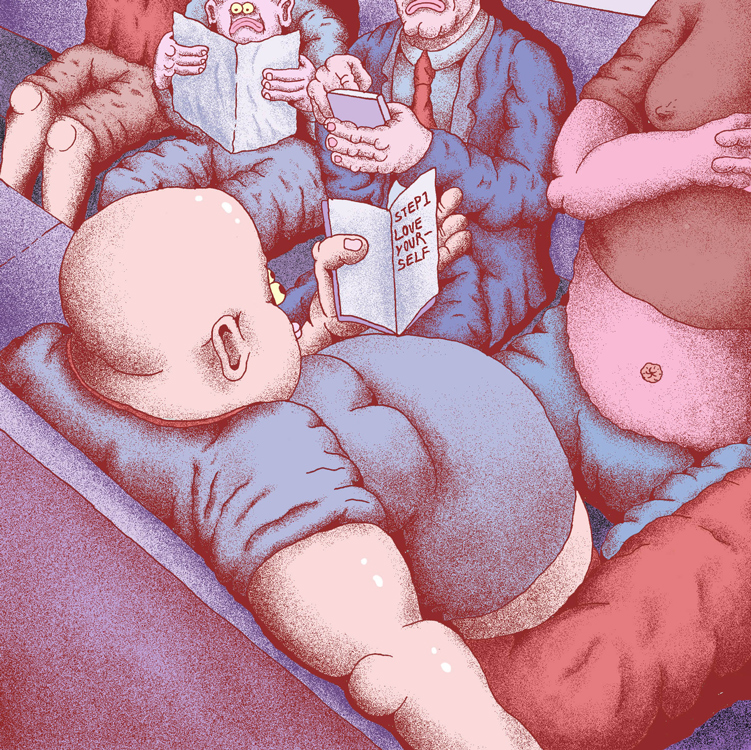 “Jackson Pollock embodies resolute determination in his depiction of chaos. It’s his clarity of vision that shows through in his finished paintings that I admire the most.” 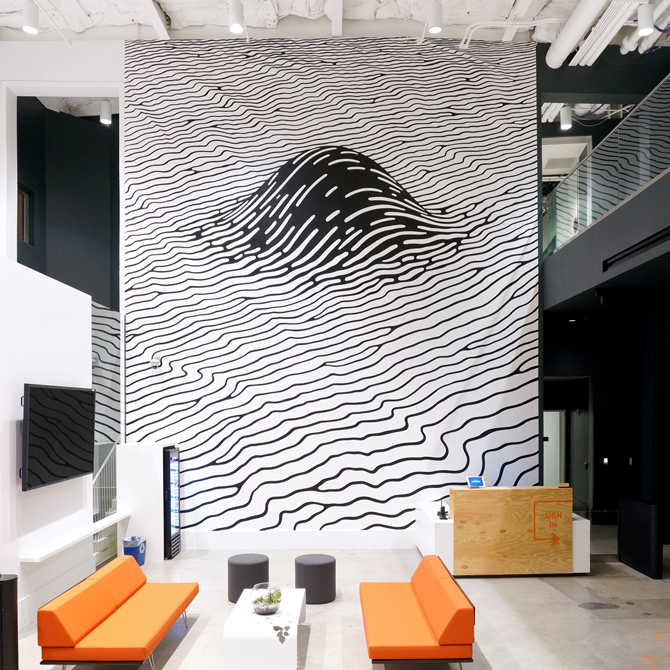 “The year was 1998. I was 18 years old and living in an 8-by-10-foot shoebox on the sand in Newport Beach, California. My room consisted of a hanging rack of clothes where my twin bed was tucked halfway underneath, a computer desk with a PowerMac 9500, a stack of 3-for-1 porno mags and standing room for one person. Just like every normal morning, I would be awoken by the shrill noise of crosshatch strokes of guys waxing their surfboards three inches from my window. But on this particular morning when I opened my eyes, there was an old man with a cul-de-sac bald head, wearing all denim, a cigarette hanging on his lip and he was looking at one of my porno mags inside my room next to by bed. I wanted to scream, ‘Holy fuck!’ But I could not speak and I was paralyzed flat on my back with my arms pinned by my sides. Then the man calmly laid on top of my body, leg for leg, arm for arm, and his body absorbed into mine like he was trying to attach his body to mine. Since I was paralyzed, I used my mind power to fight him in this intense battle of him trying take total control. When I came to, I was inadvertently balling crying and when I opened my bedroom door, my roommate was outside and said, ‘Looks like you just saw a ghost!’ I kind of forgot about what had happened, and then a few weeks later, I was at my mom’s house in Washington D.C. for Christmas, and on TV I started randomly watching the movie Pollock. The second Ed Harris came on screen, I knew that was the old man trying to get into my body. I looked up the movie and sure enough, Ed looked identical to Jackson Pollock. At the time, I had just started painting and I had little to no knowledge of any artists and had never even heard of Pollock. It freaked me the fuck out because some of my earlier work did have some similar drips in the backgrounds. A few months later, I was approached by a woman who was a direct descendant from the people who made Stonehenge. She told me I had an old soul living inside of my body that was struggling with trying to take control but couldn’t. The crazy fucking thing was, all she had to do was ask him to leave and within an instant, he was gone!”