The Anatomy of Protest :: How Run the Jewels Taught Me About Expression

“We are the champions, my friends... And we’ll keep on fighting to the end.” Last Saturday, as Queen’s iconic song signaled the arrival of Killer Mike and El-P to the stage, I couldn’t identify with Freddie’s words. This wasn’t my first time seeing the two friendly anarchists come together as Run The Jewels (I attended their 2015 Bonnaroo set), but this time something was different. In 2015, the shit-storm that was this last presidential election was just brewing. I can only speak for myself, but there seemed to be a hopeful air then. Killer Mike was beginning to campaign for Bernie Sanders and all signs pointed to the Republican Party selecting a candidate I could at least respect, independent of policy.

This time, it was the day after Donald Trump was inaugurated as the 45th President of the United States and I didn’t feel like a champion; things change. Though the sting from that was still fresh on everyone’s psyche, you couldn’t deny the electricity in the room. It was still a Run The Jewels show at the historic Tabernacle in Killer Mike’s hometown of Atlanta, Georgia. We were there to rage. 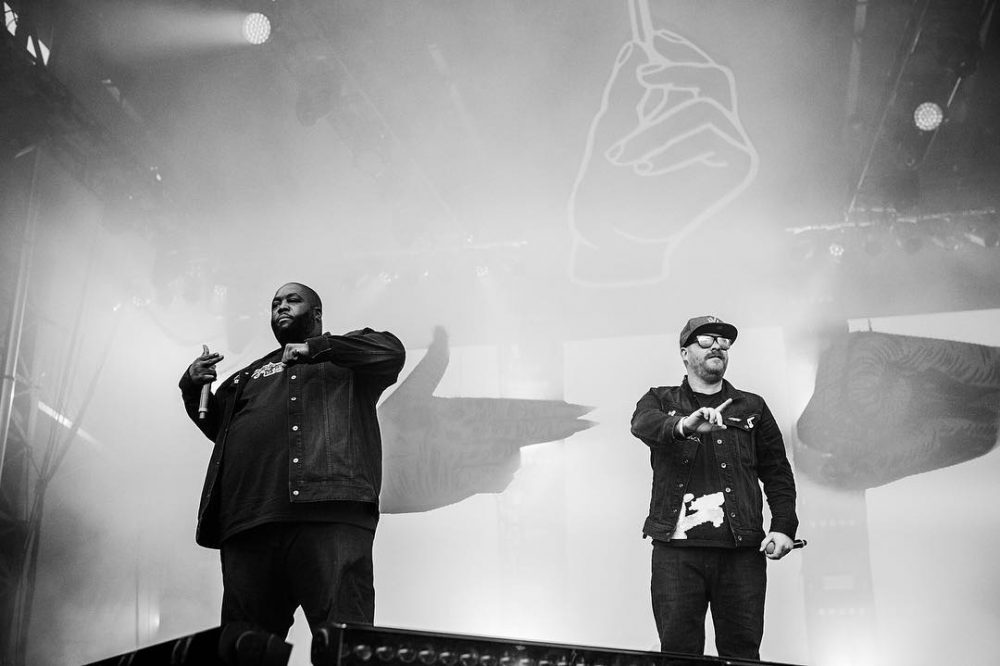 Mike and El recognized the juxtaposition of feelings in the room and El-P addressed it before they played the first track. “It’s been a weird couple of days,” he began, “but we’re going to stay as focused as we can; we know you deserve a good time tonight.” While I was expecting a more vehement diatribe to follow from the New Yorkian, almost immediately the distorted guitar that begins “Talk to Me” crackled through the speakers and the duo burned down the venue for the rest of the night.

I realized something in that moment though. While El was delivering his short message, I looked up at the immense three-dimensional fist-and-gun symbol hanging above the stage and understood the authenticity of their message. It wasn’t just ‘what’ they were saying, but how they were delivering it that resonated with me. They had a message, but they weren’t there to quell our anxieties or incite a riot. They came to give an honest assessment of current events on top of hard-ass beats; in other words, they showed up to play their music. They gave answers when they felt they could, expressed raw sentiment when that wasn’t an option, and, through it all, left the crowd with a sense of realistic hope instead of ranting about the evils of Trump or announcing the coming of a progressive Messiah. 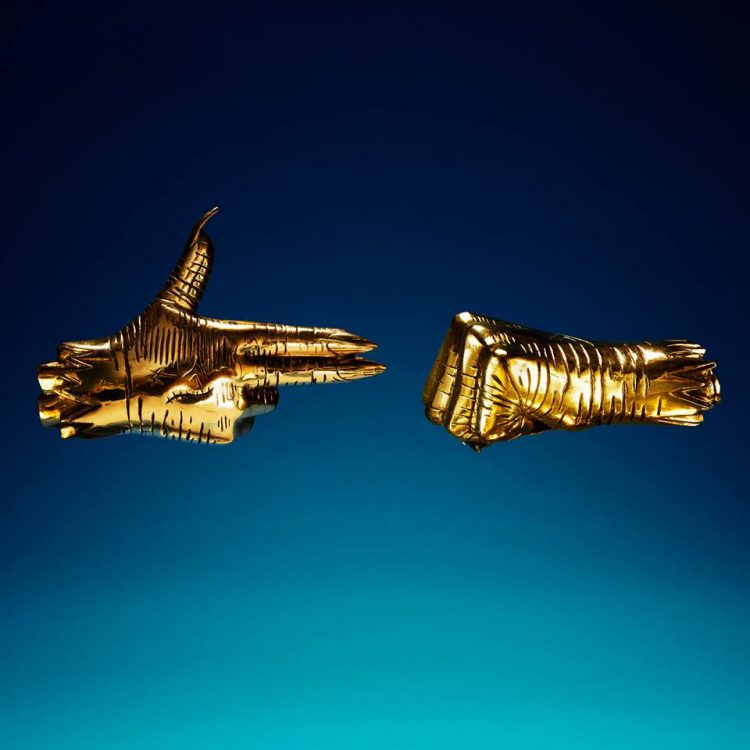 The whole evening was like watching the collective American conscience played out on stage, even during the opening acts. Gaslamp Killer set the tone for the night by shouting, “When they try to stop us, our art grows stronger!” in between scratching over traditional Syrian music and remixing “Dirt Off Your Shoulder” with video game sounds. He wasn’t there to beat you over the head with a social message; he was there to lay beats. His small insert did nothing to detract from the music—it made the “turn-up” feel more conscious. By the time we got to RTJ, the audience was primed for this pragmatic approach. The two emcees didn’t dwell on the current political situation; instead letting the music direct the crowd. And it was cathartic. I could express my frustration in a controlled manner, without being unruly or disruptive. Songs like “Early” and “Down” had a special efficacy because it’s unlikely our president will be addressing the problems they describe. I’ve written about the cathartic potential of music, but this felt like a different level of experience. I gained all the physiological benefits from jumping around to “Oh My Darling” and they were coupled with a greater social agenda. Is that agenda perfect? By no means, but it’s rooted in a desire to improve life for all human beings and Mike made that clear during his lone soliloquy. “Y’all know I supported an old dude named Bernie Sanders,” he began with an enthusiastic response from the crowd; “We must continue the movement he started. It’s not about being anarchists in the sense that we tear shit up, but we have to produce changes in the current system of government that make it work for all people, and that starts by loving one another and recognizing the humanity around you!” he screamed with the diction of Malcolm.

They didn’t realize it, but the dynamic between the two showed more truths about protesting and expression. Killer Mike went on to encourage voting in local elections and voiced his support of Atlanta mayoral candidate Vincent Fort, who was in attendance. He was suddenly interrupted towards the end of his aside, after he claimed that all of these actions are meant to oppose the fascist tendencies of our new president. His partner in crime yelled, “Mike, you mean to oppose that racist, sexist, child-fucking, cock-sucking, Cheeto-colored, tupee-wearing son-of-a-bitch!”, right before the music returned with “Lie, Cheat, Steal.” The stark contrast in the way they expressed opinions on the same topic reflected my own inner dialogue. I’m optimistic for the future and understand that insults will never move conversation forward. But sometimes you just need to scream your base emotions. It was refreshing to see the two approaches balanced between Mike and El’s personalities and it makes sense coming from a pair who can jump between songs about institutionalized racism and the joys of fellatio. You can be intelligent and aggressive, eloquent and vulgar. Recognizing the full spectrum of expression grounded their protest in reality. 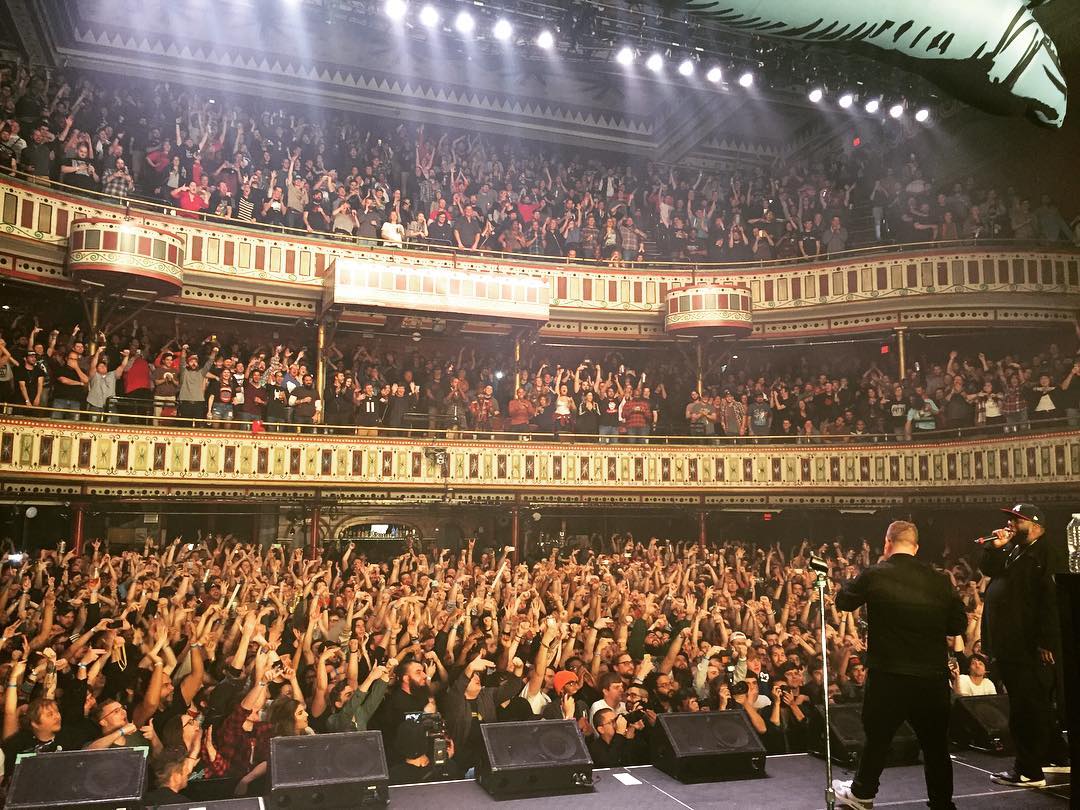 Last Saturday, the Tabernacle wasn’t simply an echo chamber for my political leanings. It was a space where I could express my frustration in a physical manner while gaining an understanding of how to move forward. There’s this idea in Zen Buddhism that you can’t teach enlightenment, you can only create an environment conducive to realizing it. Killer Mike and El-P were my two grimy monks that evening, helping me recognize the benefit of different expressions. The Tabernacle has never earned its name quite so well. As I merged onto I-20 and the Atlanta skyline faded behind me, Outkast’s “Git Up, Git Out” came on the shuffle and my evening with Run The Jewels started to make sense. I don’t feel like a champion right now, but that’s not the line I was supposed to focus on. Brandon Diaz
"Perhaps the 'Tirade' in its title is a reflection upon that sun up there looking down accusatorially at [Isaiah] Rashad in his exploits as a young man, trying to reconcile the directions of fame, ... Charlie Kane
"The barriers between speech or lingo that we may not understand as Americans were momentarily squandered as the crowd assimilated to be accepted by Stormzy..." Charlie Kane reviews Stormzy live at...
HIDE COMMENTS