About a week ago Bobby gave you his rundown of the new Star Wars film, The Force Awakens. The movie took the world and many of its inhabitants (including me) by storm. It’s smashed all kinds of box office records, received great reviews from critics and fans alike, and, maybe most importantly, it rinsed the bad taste of the Prequel Trilogy from our mouths. What’s the one thing it didn’t do though? Give us a completely original tale from the Star Wars universe. The Force Awakens borrows so heavily from A New Hope that Star Wars lovers (and haters) the world over have made lists about the plot points that Episode VII borrows from Episode IV. Even the names tell a similar story. Now, in no way is The Force Awakens a bad flick. I love it! I’ve seen it four times with plans to see it again (and again and again), but during my first viewing, I couldn’t shake the feeling that I’d seen this all before. After the fourth, it’s hard to deny that this episode is a bit lacking in the originality department. 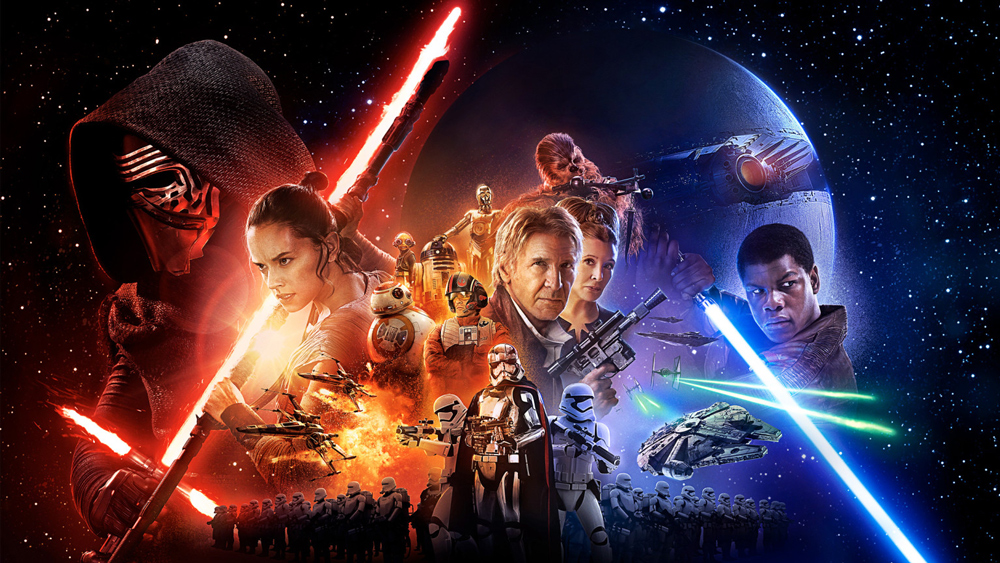 It took some time for this realization to fully sink in for me, but it happened. The movie moves quickly, introducing us to our main cast and then hurling them into space for the adventure to come. Finn, a former Stormtrooper gone rogue, and Rey, a young scavenger stranded on a desert planet, take center stage as they try to transport a droid known as BB-8—this generation’s R2-D2—to the secret base of the Resistance—this generation’s Rebel Alliance. BB-8 has a map that leads to Luke Skywalker—this (and every) generation’s Luke Skywalker. A droid with important information is aided by an unlikely team of people in getting this important information into the right hands to help a struggling cause. Sound familiar? Of course it does. It’s almost exactly how Luke and Han meet up with Princess Leia and get involved in the fight between the Empire and the Rebellion. Speaking of the big fight between good and evil, that’s exactly what Rey and Finn reluctantly find themselves involved in.

The plot thickens and the story beats of A New Hope continue to be ripped off. Once the First Order—this generation’s Empire—finds out that the Resistance has the droid with the important information, they use a GIANT PLANET-SHAPED WEAPON to destroy planets. Sound familiar? Of course it does. First of all, once I saw the theatrical poster and realized what the First Order’s new big weapon was, I couldn’t believe it. It’s literally a BIGGER DEATH STAR. They couldn’t learn from the Empire’s mistakes? The Death Star failed. TWICE. It gets better. The Resistance destroys the newer, bigger, more powerful Starkiller Base—this generation’s Death Star—THE SAME WAY the Rebels destroyed the Death Star. A ground team comprised of Han Solo, Chewbacca, and Finn take down the shields protecting the base. Then they plant explosives, helping to weaken the targeted area of attack. Then, mimicking Obi Wan’s death in the first film, Han Solo bites the dust at the hands of his own son. Again, we see the older mentor character taken from the young characters in an abrupt way. Then, a brave and talented X-Wing pilot named Poe Dameron navigates his ship through a treacherous and heavily-guarded trench that leads to the weakened area, he blows it up, and BOOM goes the planet/weapon (and any remaining hope of something unique happening). 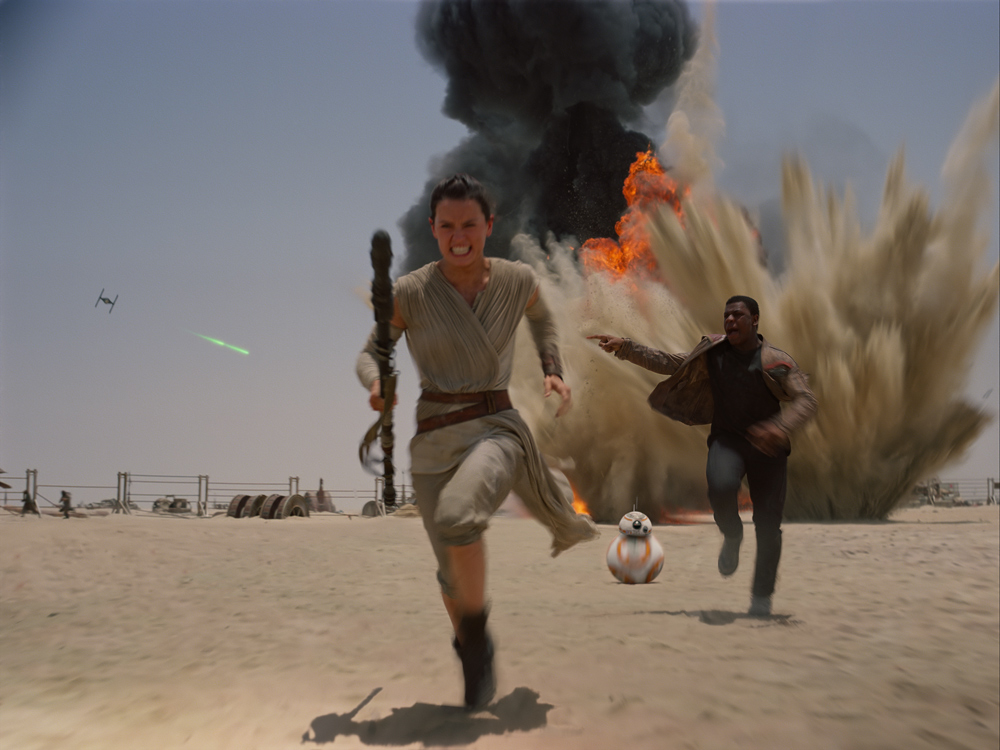 So yeah, there’s a lot of stuff that happens in The Force Awakens that happened in A New Hope. Almost every major story beat is borrowed in some way. Sure, it strengthens the element of nostalgia. And sure, it may even help acclimate/re-acclimate fans to this new generation of characters and settings. But it certainly doesn’t win you any points for originality. Originality is what made Star Wars special. For better or worse (mostly worse), even the Prequel Trilogy was original in terms of the stories it was telling and how it told them. The Force Awakens is good, and it is special—but its greatness is definitely hindered by its use of retread story elements.

Now, again, I’m not saying in any way that is a bad movie. It’s anything BUT a bad movie. It’s great! It’s just unoriginal. To be fair, it does have a handful of cool, original, and meaningful elements. The main character is a female and the second leading character is black. Score two points for diversity and inclusion. We finally see Stormtroopers humanized (kind of). Finn being a former Stormtrooper not only adds dynamic to his character and the story, but it’s cool that we finally get to see and realize that there are people under those helmets (besides Luke and Han). Stormtroopers are living, breathing human beings (who still can’t shoot for shit). Also, we get the aspect of the main bad guy being linked to the good guys... Oh wait, that connection was used before too. Well, I tried.

The Force Awakens is a true joy of a film that oozes Star Wars out of its every orifice. From start to finish, it’s funny, exciting, dramatic, and heartfelt. Characters talk how Star Wars characters should talk. Places look how places in Star Wars would look. Things sound like things in Star Wars would sound. Most importantly, Episode VII FEELS like a Star Wars movie should feel. Even if it is unoriginal, the feeling is what counts right?

The Hundreds Staff
The final four cards from Bobby's Topps Collection are now available, as well as companion pieces from The Hundreds...
HIDE COMMENTS