The Legacy Of Jason Voorhees

Friday the 13th has been part of mainstream pop culture for almost 40 years, with its first film debuting in 1980, spawning sequels over several decades, including a reboot of the franchise in 2009. The franchise has produced 12 movies to date, including Freddy vs. Jason, a 2003 crossover with the A Nightmare on Elm Street series, pitting Jason Voorhees against Freddy Krueger. In total, the movies have grossed over $464 million USD at the box office. There have also been television series, adapted novels, YA novels, comic books, video games and all the merchandise you can think of.

Jason Voorhees is one of the most iconic villains in movie history, and has helped Friday the 13th remain a very important part of horror movie lore many years after we were first introduced to Camp Crystal Lake. Even for those who are familiar with the movie franchise, understanding all the moving parts of the Friday the 13th franchise can be a daunting task. Below is a brief primer on everything you need to know about Friday the 13th and the legend of Jason Voorhees.

Nobody had any idea Friday the 13th would become one of the most successful American media franchises in history.

The first Friday the 13th movie, released in 1980, was written by Victor Miller and produced and directed by Sean. S. Cunningham. John Carpenter’s Halloween, released two years earlier in 1978 was a huge inspiration for Cunningham. Before he secured financing for the movie and before a single scene was even filmed, Cunningham took out an ad in a 1979 issue of Variety: 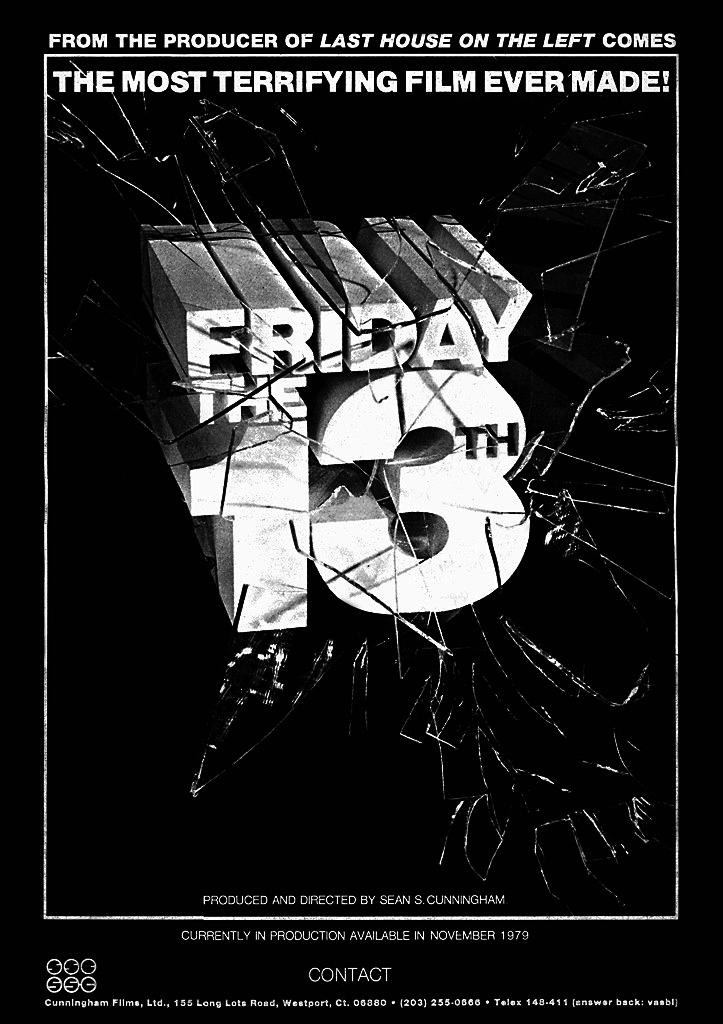 Cunningham was declaring a yet-to-be-shot film the most terrifying film ever made, which was a ballsy move. But there was another purpose to the ad: Cunningham used the Friday the 13th title in the poster to make sure no one else was using it to promote their films. He never got any pushback from anyone, and a movie franchise was born. On a budget of just $550,000, the first Friday the 13th movie grossed over $39 million at the box office and was hailed as a cult classic.

The original director of Friday the 13th never envisioned Jason Voorhees as the main villain of a movie franchise.

While Jason is the most recognizable character of the franchise, he only appears briefly at the beginning and end of the first Friday the 13th movie. The movie centers around his mother Pamela Voorhees, who is out to kill anyone she believes to be responsible for her son’s death in 1957 at Camp Crystal Lake. As the story goes, camp counselors Barry and Claudette snuck away to be alone, leaving Jason to drown to death. Both counselors are killed by Mrs. Voorhees in Friday the 13th, who goes on a vengeful spree until she is killed at the end of the film. At the end of Friday the 13th, Jason is seen emerging from the waters of Crystal Lake seemingly alive—though according to both writer Victor Miller and director Sean Cunningham, it was simply a figment of Alice’s imagination. The rest, as they say, is history.

In later films, Jason assumes the role of the main villain. Cunningham, who was not involved with many of the sequels, expressed his disappointment with this plot development. “To be honest, I have not seen any of the sequels, but I have a major problem with all of them because they made Jason the villain,” Miller once said in an interview. “I still believe that the best part of my screenplay was the fact that a mother figure was the serial killer—working from a horribly twisted desire to avenge the senseless death of her son, Jason. Jason was dead from the very beginning. He was a victim, not a villain.” Cunningham always envisioned Pamela as a tragic figure within the context of a slasher film, a mother who would literally kill for her son.

Many aspects surrounding the origin of Jason Voorhees remain up for debate.

In the original script of Friday the 13th, Jason was just a kid who accidentally drowned in Crystal Lake. But those involved with the movie, including financier Philip Scuderi, wanted to add more weight to this character. Ron Kurz, a screenwriter helped with some of the rewrites, which changed Jason from just a tragic boy to a deformed child who emerges from the lake at the end of the film. 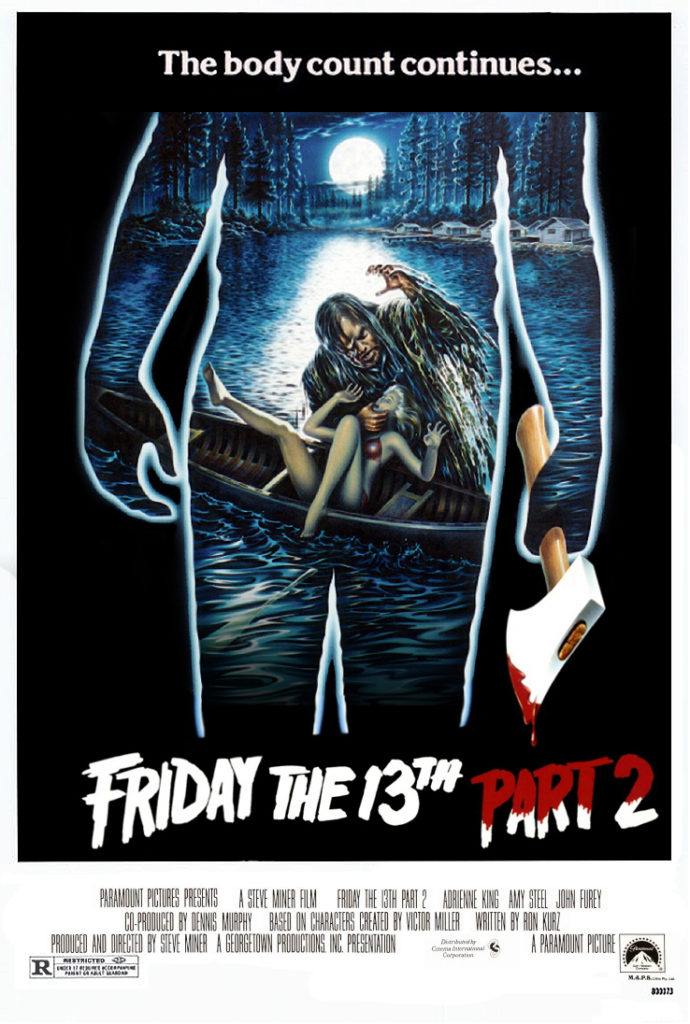 There’s also plenty of debate as to whether Jason actually drowned as a young boy. By the time Jason appears in Friday the 13th Part 2 in 1981, he is a grown man living in the woods. The movie never fills in the gap between when he supposedly drowned in 1957 to his re-appearance at the end of the first movie. Is it possible that he was brought back to life? Or did Jason survive and was actually living in the woods the whole time? These questions still linger after three decades of the franchise’s existence.

Jason’s hockey mask is one of the most iconic props in movie history, but he doesn’t don the mask until the third movie of the franchise. Friday the 13th creator Sean Cunningham explained the origin behind the mask in an interview in 2015. According to Cunningham, Steve Miner—director of Friday the 13th Part III—had worked on a series of hockey documentaries and decided to try it as an accessory for Jason in the movie, and it has stuck ever since.

Other theories exist. Larry Zerner, who played Shelly in Friday the 13th Part III, told ESPN a different origin story about the hockey mask in 2009. According to Zerner, whose character arrives to the campsite with a hockey mask in the film, on the day of shooting a makeup test for the film, no one knew what Jason was actually supposed to look like, and Zerner had the hockey mask lying around, and suggested that they put the mask on Jason instead.

The origin of how Jason’s iconic hockey mask made it into the film is another Rashomon scenario. Talk to anyone involved with the franchise, and they might have a slightly different version of the story, but no one can argue it’s one of the most iconic movie props of all-time.

Many actors have portrayed Jason Voorhees throughout the movie franchise’s history.

Jason Voorhees a world-renowned fictional character, but credit also belongs to all the actors who have spent all that time showing up on set and playing the iconic role. Ari Lehman was the first to play Voorhees in the original film, as the deformed child. He was followed by Warrington Gillette, Richard Brooker, Ted White, Tom Morga, C.J Graham, Kane Hodder, Ken Kirzinger, and Derek Mears.

The Friday the 13th franchise was rebooted in 2009.

Friday the 13th, barring the same name was the original movie that spawned the franchise, was released in 2009, and remains the last movie released under the franchise to date. It was initially conceived by director Marcus Nispel and writers Damian Shannon and Mark Swift as a remake of the origin story, but eventually became more of a re-imagining of plot lines that took place over the first four Friday the 13th movies. In the 2009 film, Jason takes the role as the main killer —instead of his mother Pamela, who provided a chilling, memorable turn as the main antagonist in the original 1980 film.

The Hundreds X Friday the 13th is available now at flagships, select retailers worldwide, and the Online Shop. Full stockist list in our Lookbook post. Zio
Jason was almost named... Josh?! A burned down house and filmmakers so poor they tried to sell their blood - here's 13 surprising things you didn't know about the iconic Friday the 13th franchise.
HIDE COMMENTS