Over the past three decades, Friday the 13th has cemented itself as the most thrilling slasher-flick franchise, as Jason continues to find grisly and egregious ways to slaughter people. The hockey-masked antihero has fired a spear into a girl’s eye, butchered a man doing a handstand, split open a woman with a signpost, and crushed a man’s head with his bare hands. In each of the 12 films, whether he’s at Camp Crystal Lake or out in space, Jason is as heinous and as gruesome as it gets—and we just can’t stop watching him. Which is why we at The Hundreds are so pumped about our Friday the 13th collab. To get you hyped too, we’ve rounded up 13 facts about the film franchise that you might not know, but need to.

The film’s director ran an advertisement for the movie before he even had a script.

At least seven films used the title Friday the 13th before 1980, so director Sean Cunningham ran an ad for the film in a 1979 issue of Variety—before there was even a script. “I loved the title, but the question was, could we use the title?” Cunningham told Uproxx. “And really, what I wanted to see was if some lawyer was going to write me a letter saying, ‘You can’t do that, we own the title.’ And nobody did. In fact, the only correspondences I got were from distributors who were interested in buying it.” 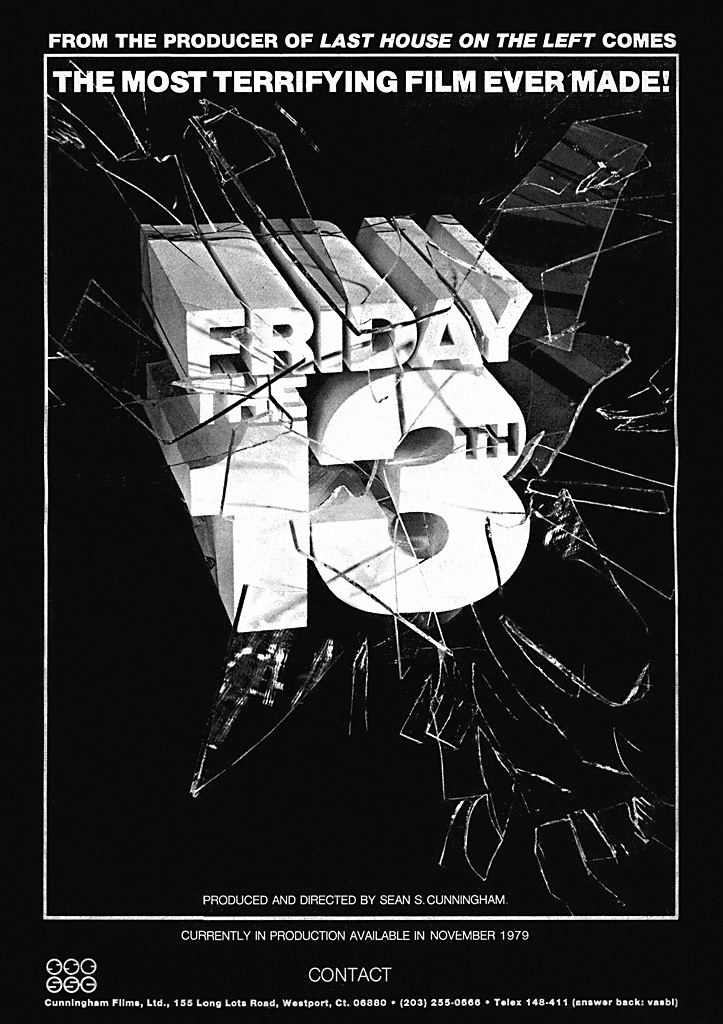 The crew ran out of money multiple times.

The film was so low-budget that the crew ran out of money more than once, and had to stop and re-start filming. “We didn’t think we were going to finish it,” actress Adrienne King told Uproxx. “We had to do that scene with Alice in the canoe three different times, and each time we did that scene in the canoe, it got progressively colder. You can see the leaves actually turning color.”

In the original script, Jason was named Josh. But writer Victor Miller changed it to Jason.

The week before Friday the 13th opened, Miller was so broke that he tried to sell his blood for money.

“I went and they drew a little blood to see if I had enough antibodies for the study, and if I did, then they would take a pint and would have paid me $25,” Victor Miller told Uproxx. “They called me back the next day saying, ‘You don’t have enough antibodies, sorry, you don’t qualify for this study.’ I didn’t get the $25.”

Actor Kane Hodder played Jason, Freddy, and a victim in one of the films.

Actor Kane Hodder played Jason in 4 of the franchise’s films Friday the 13th Part VII: The New Blood, Friday the 13th Part VIII: Jason Takes Manhattan, Jason Goes to Hell: The Final Friday, and Jason X. What many people don’t know is that in Jason Goes to Hell, he also plays one of Jason’s victims: Security Guard #2. On top of that, he played a brief Freddy Krueger cameo in the same film (just his arms at the end).

The camp used for filming the original movie is a real Boy Scouts camp, and it’s still around.

Today, Camp No-Be-Bo-Sco in New Jersey maintains a souvenir shop with Friday the 13th merch, including framed pieces of wood from the dock used in the film, and bottles of water “drawn from the lake where the Friday the 13th legend was born.” Sometimes, the camp even hosts Friday the 13th-themed tours that attract die-hard fans from all over the globe. 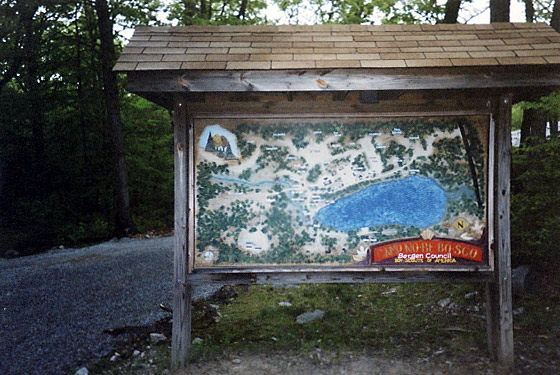 “I was never told to tone it down on Friday the 13th or any other film,” Savini told Uproxx. “The one phrase that stayed the same from movie to movie was ‘more blood.’” Following his work on Friday the 13th and other films, Savini became known as the “Sultan of Splatter” and “Godfather of Gore.”

The strange story behind the Friday the 13th theme music.

The theme music that sounds like “ki, ki, ki, ma, ma, ma,” is actually supposed to sound like Jason saying, “kill, kill, kill, mom, mom, mom.” “So I got the idea of taking the ‘ki’ from ‘kill’ and the ‘ma’ from ‘mommy,’ but spoke them very harshly, distinctly and rhythmically into a microphone and run them through this ’70s echo thing,” film composer Harry Manfredini told Mental Floss. “It came up as you hear it today! So every time there was the perspective of the stalker, I put that into the score.”

Jason didn’t have his signature hockey mask until the third movie.

In the first film, he only appeared as a camper who unfortunately drowned at the beginning of the film; according to Sean Cunningham, the second time he appears at the end of the film in the lake is actually a dream sequence (spoiler alert: his mother was the killer in that film). In the second, he wore a burlap-style sack with a single eyehole. 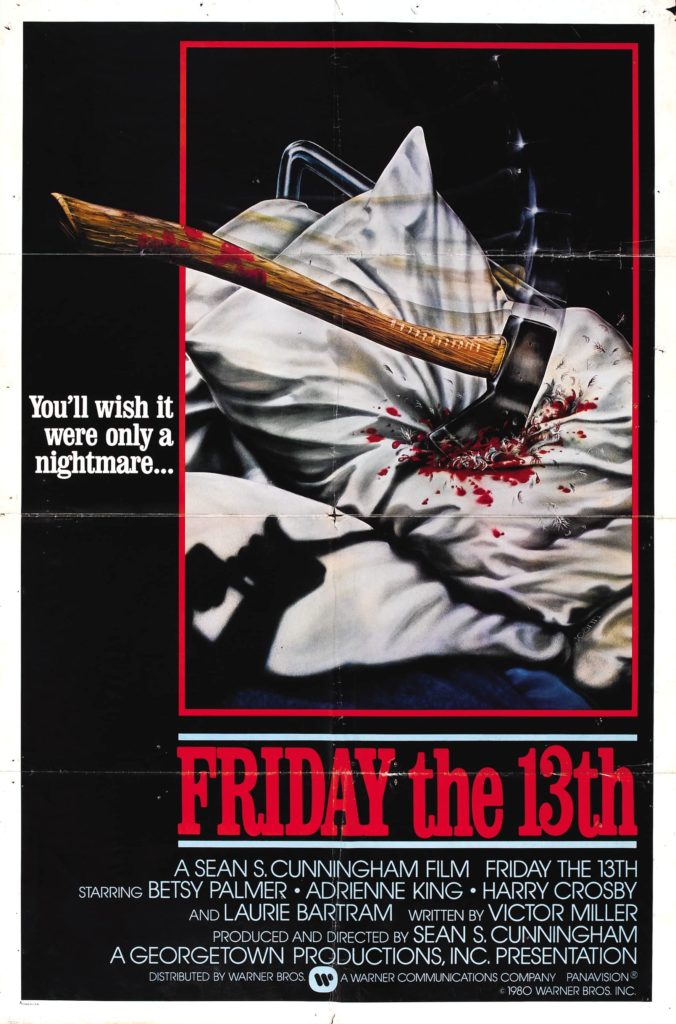 In 2006, a fan burned down the house featured in Part III.

Police ruled the fire an accident, and the arsonist claims he didn’t know it was the house from Friday the 13th. “When we realized this was the Friday the 13th house, this actually struck me in the gut and I felt sick because I am such a huge Friday the 13th fan,” he wrote in a forum. “We did not do this on purpose. We made a string of [bad] decisions, and unfortunately this horrible accident happened.”

Jason has been portrayed by more than 10 actors.

There have been 12 Friday the 13th films, and more than 10 actors have played Jason. A different actor played Jason in each of the first six movies, while Kane Hodder was Jason for four films. Though Richard Brooker from Part 3 and Ted White from The Final Chapter are two of the most popular actors who have played the hockey-masked murderer, Kane Hodder is arguably the fan favorite.

13. Jason is the most prolific horror-movie murderer.

According to IMDB, he has bodied 167 people, which is more than Freddy Krueger or Michael Myers. He has also had some of the most gruesome kills, including using a spear to impale a couple, slamming a woman in a sleeping bag against a tree, and submerging a man’s head in a deep fryer.