Last year, we asked members of The Hundreds’ Staff what their favorite streetwear moments of 2016 was. It was a big year for streetwear then, and hype culture and reseller culture was accelerating to culminate in what felt like 2017’s all-time-high. This year, The Hundreds co-founder and CCO Bobby Hundreds shared his thoughts on Instagram in the wake of ComplexCon’s conference of culture… and endless lines. It stirred up much dialogue (Rembert Browne’s excellent article for SSENSE shared many of the same feelings), and Bobby followed up with a widely shared essay “The Truth About Streetwear,” marking the comeback of his blog.

With the current iteration of streetwear’s ubiquitousness and exponentially growing presence in pop culture, Bobby wondered, “As a brand owner, I am faced with, ‘We have the youth’s attention, so where are we taking them?'” He asked, reflecting on the surge of commerce and the seeming lack of culture and substance, “Are we still having F U N?” We think we definitely still are. If you do it for “the Love and the Lore,” like Bobby said, you’ll always stand apart from the rest of the pack, no matter how much trends might shift in or out of your favor.

Check out what members of our Design, Art, and Marketing departments had to say about their favorite moments in our culture in 2017:

It’s been a crazy year with so many great moments to choose from. The recent WTAPS 01 book release, Bobby’s Built to Fail streetwear documentary, Nike’s Breaking2, Kendrick’s DAMN. album, Dodgers in the World Series, the fucking Women’s March!!! Yeah, way too many favorite moments but if I narrow it down to my favorite streetwear moment I’d have to say the Nike Cortez x Mister Cartoon collab. 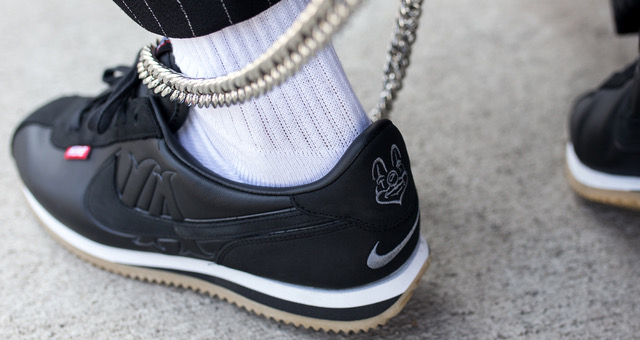 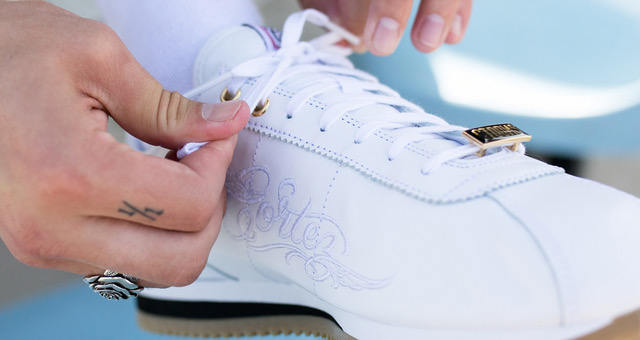 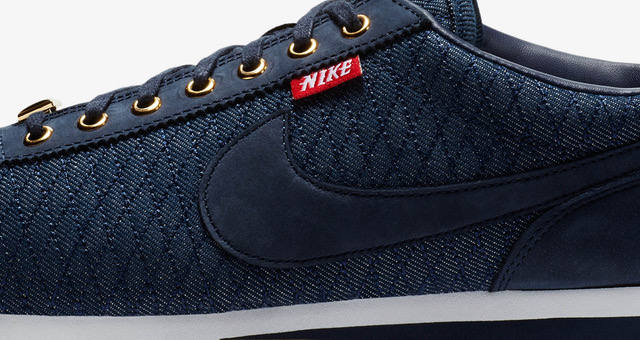 An LA classic wardrobe staple done by legendary LA artist Mister Cartoon which featured his finely embroidered artwork, custom gold trims, and tricolor midsoles, offered in Black, White, and a special denim diamond quilted color way inspired by the interiors of lowriders. Real LA shit that naturally goes together. Can you imagine what a The Hundreds x Mister Cartoon collab would be like?

– loved the lay out,

– the creative direction behind each of the shoots for the mag,

– typeface used on all of the articles,

– and the packaging in the foil wrap—it really stood out.

Only 10 were made, and the fact that Soho House let this product get made since they don’t make clothing was a nice touch. It also helped a lot that it was on a Reverse Weave Champion pullover.

The Nike Vandal shoe which is a retro 84 basketball shoe that he reworked and he did a great job on, but I enjoy this collaboration because he actually sent in designs to nike when he was a kid and was rejected now 26 years later he achieved his goal of designing a shoe for nike. Just shows to keep knocking until someone lets you in the door. 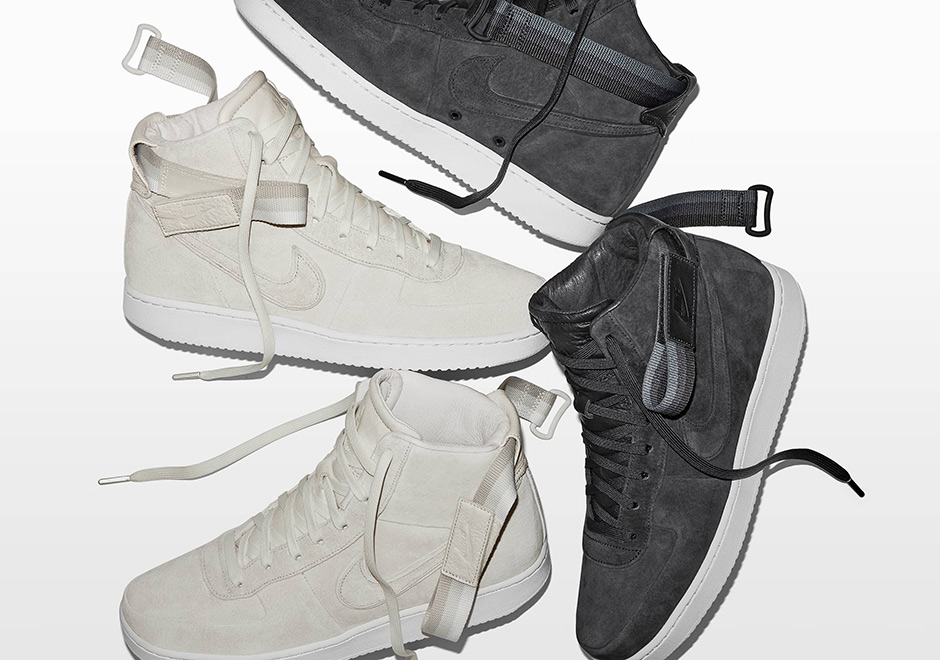 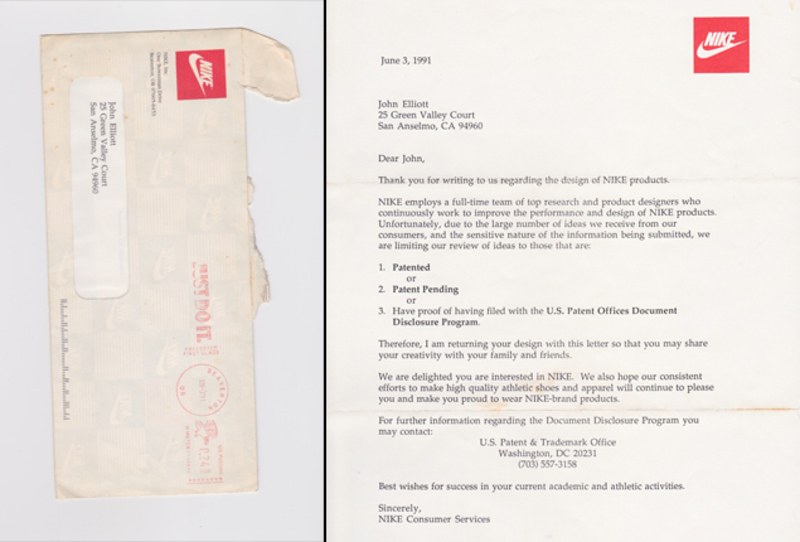 Another year, another dope jacket I missed out on. It’s always the best ones that get away. This year I was really hyped on the “Reef Keeper” collection by 36 Chambers (produced by the captain RZA himself) that featured a super limited T-shirt and denim jacket with art from Lauren YS.

Next week we're dropping a collaboration with artist @lolo.ys! Her design, the "Reef Keeper" symbolizes the need to care for our underwater ecosystems. We're giving away one jacket and a stunning print from @pangeaseed. Hit the link in bio to enter!

Most especially the denim jacket. The jacket was all black denim with a big patch sewn to the back that had Lauren’s art on it. The art was kept to a clean and minimal color way that kept the piece really sophisticated. Lauren YS (read our interview with her here) is one badass chick and draws chicks in the exact same way. The quality of her line work and her effortless strokes is what really sets her apart. The style in which she draws her girls is unique, but the expressions always feel relatable. Not to mention the addition of little details that give the pieces layers. Which goes the same for the “Reef Keeper” art used in this collection. To top it off, a portion of the proceeds went towards Pangeaseed’s efforts to save marine life using art as activism. That reason alone was enough for me to have this project as one of my favorites this year.

I was also really stoked on our XLARGE collaboration:

The Hundreds’ latest collaboration with Los Angeles’ very own OGs in the game, XLARGE, was my favorite project this year. It was my second time working on a project with XLARGE, but this time I was tasked with working our newest batch of our branding into the mix. I tried many directions with their entire solid lineup of logos, but in the end, only the OG Logo seemed fit. The way the final design came together felt just right as their logo was juxtaposed into the shapes of our Wildfire logo. Mashing old and new together to create a symbol of our equal efforts felt really satisfying.

That shit is tight. The Hundreds Staff
"Streetwear is about culture. It’s not about clothing." Bobby's latest op-ed digs deep into the age-old question: what is streetwear? See how he and other industry legends define it.

Bobby Hundreds
Of all the questions I get asked (“How do you get your hair like that?” “Is Ben mad at me?” “Will you stop shaking your leg?“), none is more frequent than, “Bobby, do you have any advice on buildi...
HIDE COMMENTS