Breath of the Wild marks Zelda’s 19th installation in a highly decorated thirty year run. Based on the teasers for the game, the franchise is taking a giant step away from its traditional conventions—something producer Eiji Aonuma promised in 2015.

During Nintendo’s press conference last week, it was announced that the Breath of the Wild would be released concurrently with the console. With anticipation for the Switch at a pitch fever, retailers were completely cleared out of stock within moments of being made available for pre-order. Online retailers like Amazon have plans to replenish their stock as it is made available by Nintendo. In the meanwhile, we recommend you have your email alerts set up at Best Buy, Gamestop or Target.

Originally slated for release in 2015, the game’s details have been shrouded in mystery for quite a while, but thanks to a few recent snippets from Nintendo, things have come more into focus. Breath of the Wild sees Link awaken from a 100 year slumber with no recollection of the events preceding Hyrule’s destruction. Upon his awakening, a mysterious voice implores him to save not just the kingdom, but the world, by defeating a nefarious creature by the name of Calamity Ganon. For a guy that decimated an entire kingdom, “calamity” might be a bit of an understatement.

So we’ve got less than two months until release day—here’s the lowdown on the The Legend of Zelda: Breath of the Wild.

I spy with my little eye—is that ponytail on Link’s head?

Stylistically, BOTW is a bit of a departure from the aesthetic we’ve come to know and love, but rest assured, this is still the Hyrule Epona and Link call home. BOTW takes a page aesthetically from the gouache style of water color, so prepare yourself for an entirely different visual experience. From the blades of grass that sway in the wind to the sparks that bounce around fire, the detail in this game is sure to impress.

You can jump now!

It’s been a hot minute since this ability was incorporated into Zelda’s game play… in fact, the feature has been absent since Zelda II: Adventure of Link. What kind of dynamic will this add to gameplay,  you ask? Now you can scale cliffs, bosses, trees—pretty much whatever you want—on your journey through the vast land.

We never get sick of Navi’s iconic “HEY! LISTEN”, but BOTW is taking things to the next level. In the preview, did you catch the princess herself dejectedly exclaiming, “Everything I’ve done up until now… it was all for nothing!”, before collapsing into Links arms, sobbing? We might be in for the most theatrical game of them all, folks.

Get ready to exercise the part of your brain that only a Zelda game can satisfy. There are over 100 shrines (mini dungeon puzzles) scattered across the game, so you’ll have no shortage of side quests to embark on.

BOTW rewards outside of the box thinking

Gone are the days of one answer puzzles. BOTW acknowledges multiple solutions to their often mind bending challenges, so you can go ahead and flex your noodle. 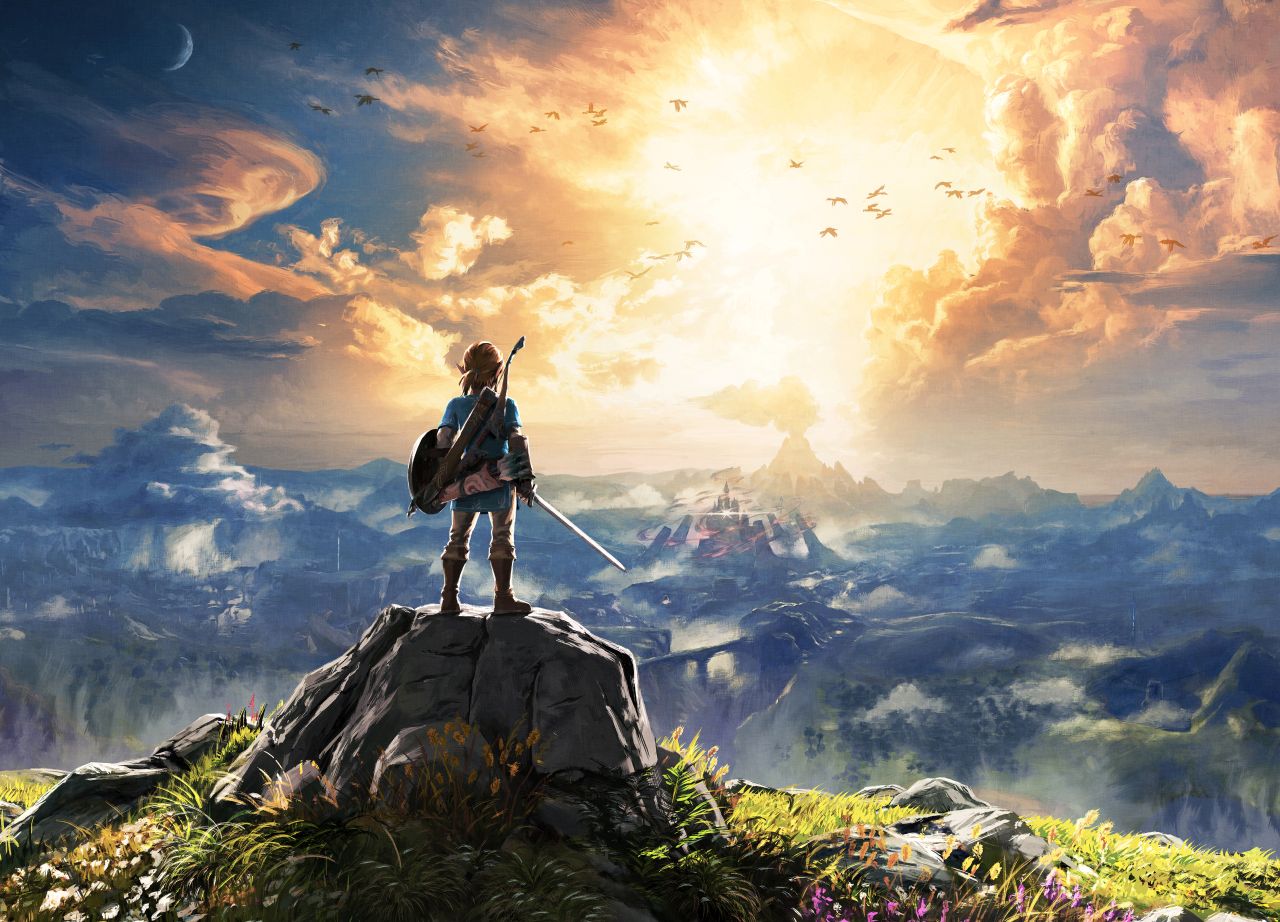 BOTW is introducing an open world platform in which from the very get-go, you can gaze on past the vast plateau and out pretty much as far as the eye can see. According to Nintendo, BOTW is the largest Zelda game yet—in fact, it’s 12x larger than the last game that held this claim to fame, 2006’s Twilight Princess. That’s a lot of ground to cover and a lot of Mountain Dew to be consumed.

Survival of the fittest

Bounding over the mountainside and slashing bad guys takes a lot of energy. Did you ever imagine Link would have to prepare chicken meat over a spit for sustenance? The items you accumulate in this game have expiration dates. You have to eat to keep the hunger pangs at bay. You have to wear thicker apparel to get through certain climates—the elements really come together in this game. Basically, Link is only human, like the rest of us—act accordingly!

The game drops on a Friday, so you can go ahead and clear the weekend out.

It’s probably rainy out or whatever anyway, right?

Here are 90 glorious minutes of gameplay to tide you over until March 3. This should be all the convincing you need to believe this is gonna be a good one. Bobby Hundreds
It’s E3, the Electronic Entertainment Expo, by far the biggest gaming convention of the year. I’ll be the first to admit that my breadth of video game knowledge starts at Coleco Vision and ends so...