[Note: At Twitter’s request, this entry has been heavily edited as of September 16th, with much of the original photography removed.]

I remember the first time I heard of, and signed up for, Twitter.  It was 2007, and I had just got done speaking at the Imprint conference alongside Aly, Jeff Staple, and ROB.  They were sorta beta-testing Twitter at the time and introduced the social network to the tastemakers at the event. Everyone was so confused.  This was some hyper-blogging resource?  Seemed so noisy and messy, like a party line for bored Internet people.  There was no order, it was hard to wrap your head around such a non-linear format of crowd-sourced blabber.

But I went home that day and realized that Twitter, and the ensuing social media explosion, would dramatically alter the landscape of not only what I do through my blog, but design, fashion, lifestyle, culture, everything.  I later voiced my concern to our staff meeting, but no one else seemed to think Twitter an issue.  Of course people are going to still follow blogs and websites, of course they’re going to seek out professional journalism and authenticated information.  Right??

We all know how this story ends.  In the six years since, Twitter kickstarted a wave of social media takeover, to the point where most people don’t experience the web outside of their personalized networks – and if they do, it’s via a link or referral posted on their timelines.  Twitter not only changed the way we browse the Internet, but how we share information, learn about stuff, and see each other as human beings.

It all started because there was an earthquake in the Bay Area and Twitter’s founders wanted to learn as much firsthand information about the tremor amongst their community.  Seems such an obvious thing today, but it exploded the question as to who IS the media.  Not just the newspapers and popular blogs anymore, but the media is everybody. 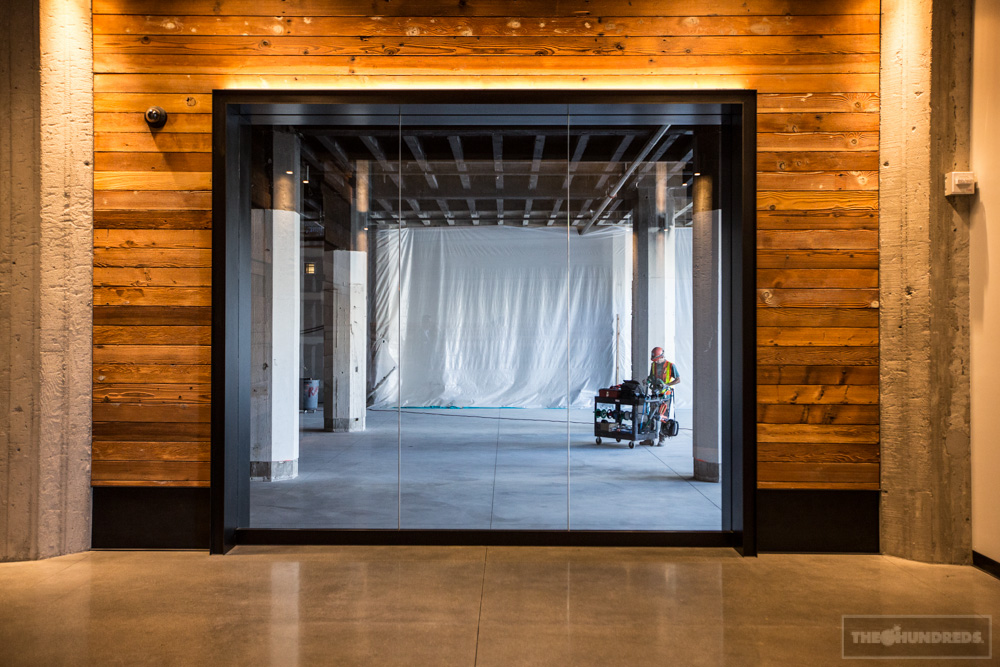 Today we are at Twitter’s headquarters in San Francisco, California.  Although there are Twitter offices worldwide, this is the hub, four floors, 1,000 staffers, and just as many bluebirds. 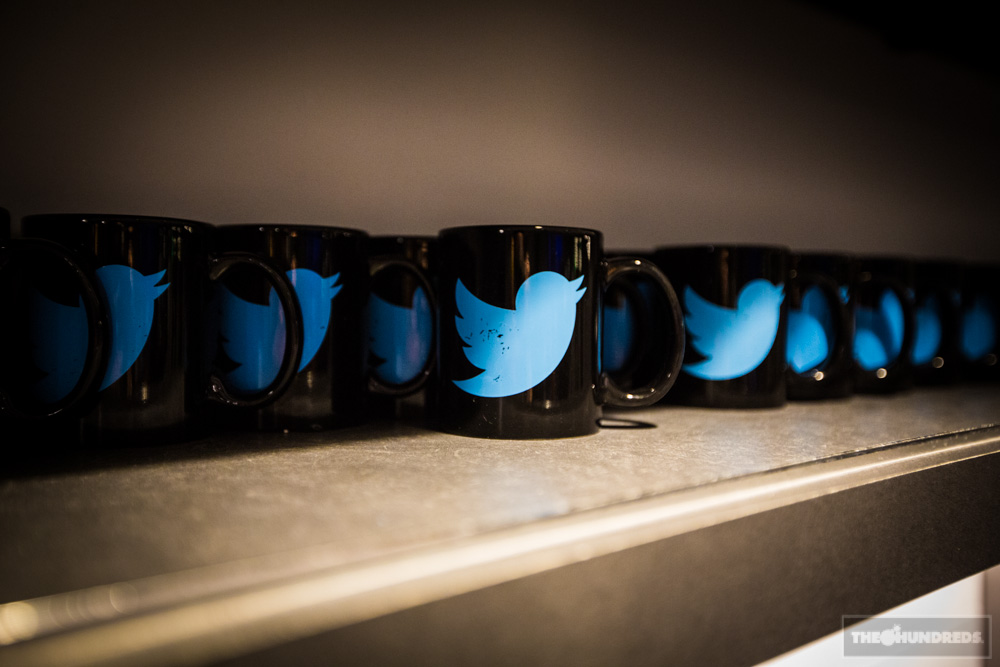 Most everyone behind closed doors are the programmers, hacking away at the Matrix.  There are no offices at Twitter.  Everyone sits out in the open, even the executives, who freely roam about the floors, taking up residence on couches, at long tables, or in the cafeteria.

Speaking of which, apparently what they do at Twitter is write a ton of code and then balance it out with constant eating.  Cereal stations everywhere with gourmet snacks, loaded beer fridges, kombucha machines, and coffee bars. 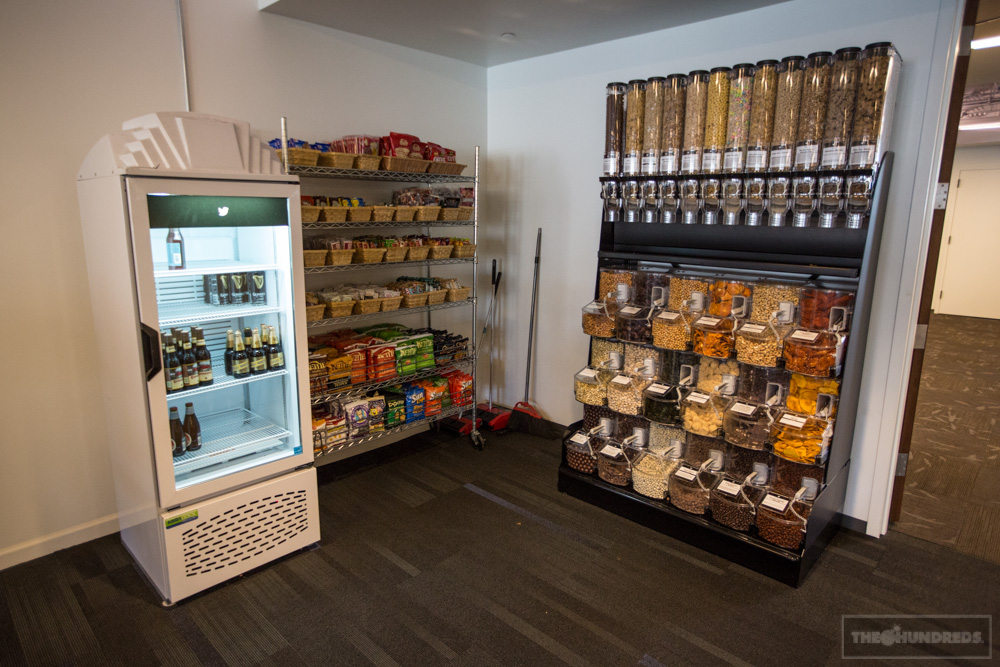 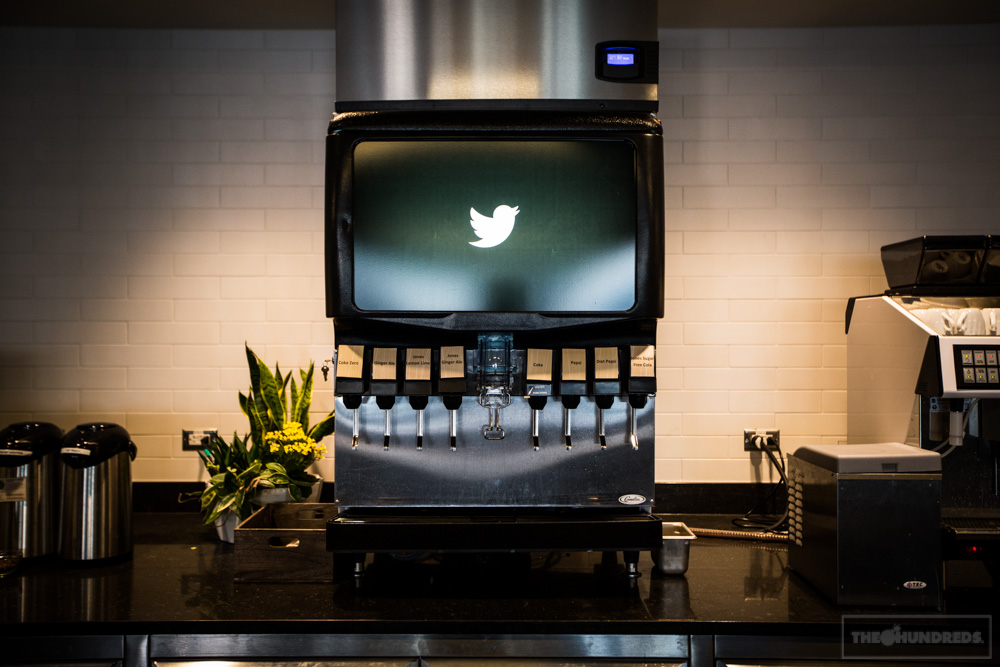 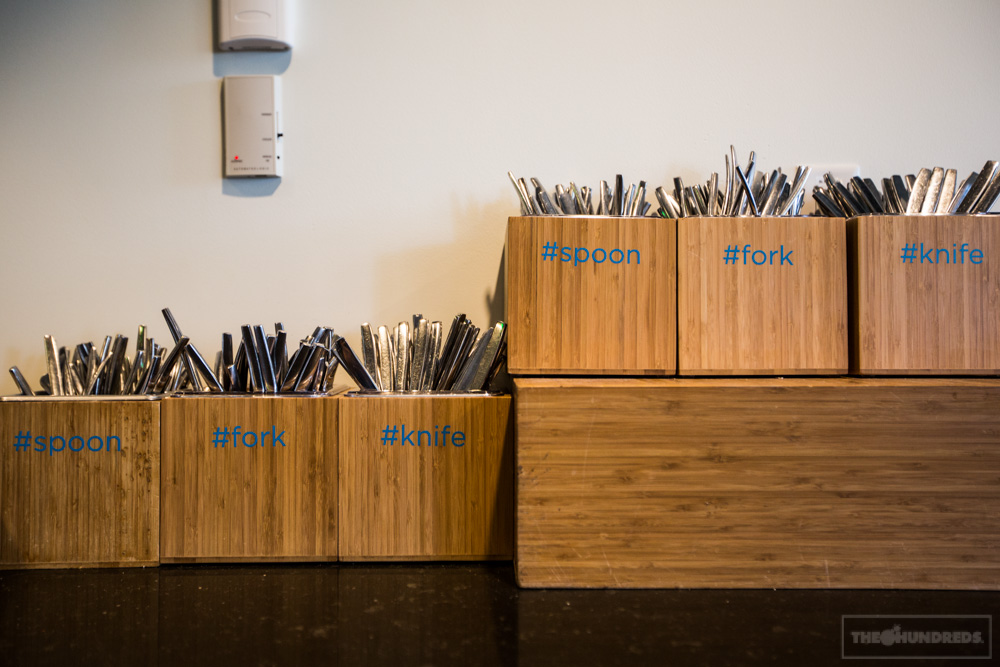 The Twitter headquarters feels more a college campus than a traditional office building.  The cafeteria really drives that point home, as breakfasts, lunches, and dinners are regularly scheduled and everyone gathers in the multi-purpose auditorium to eat: 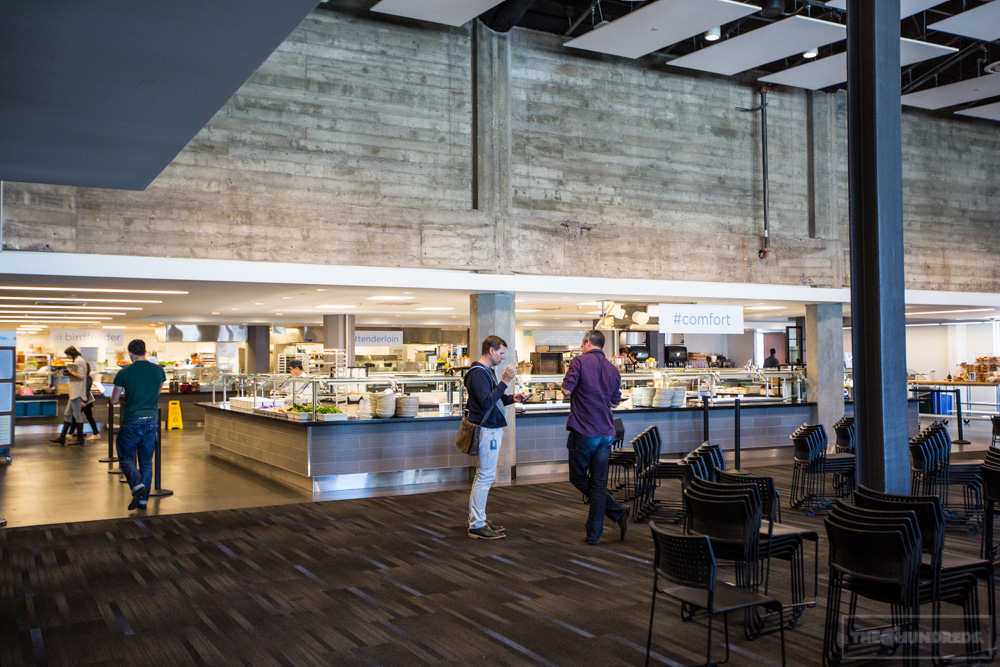 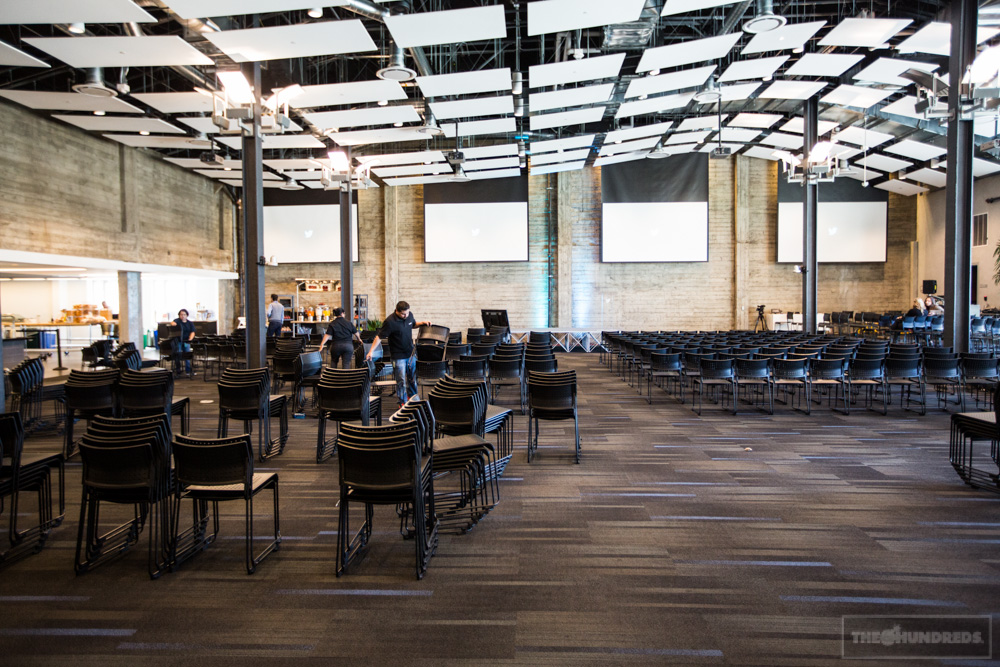 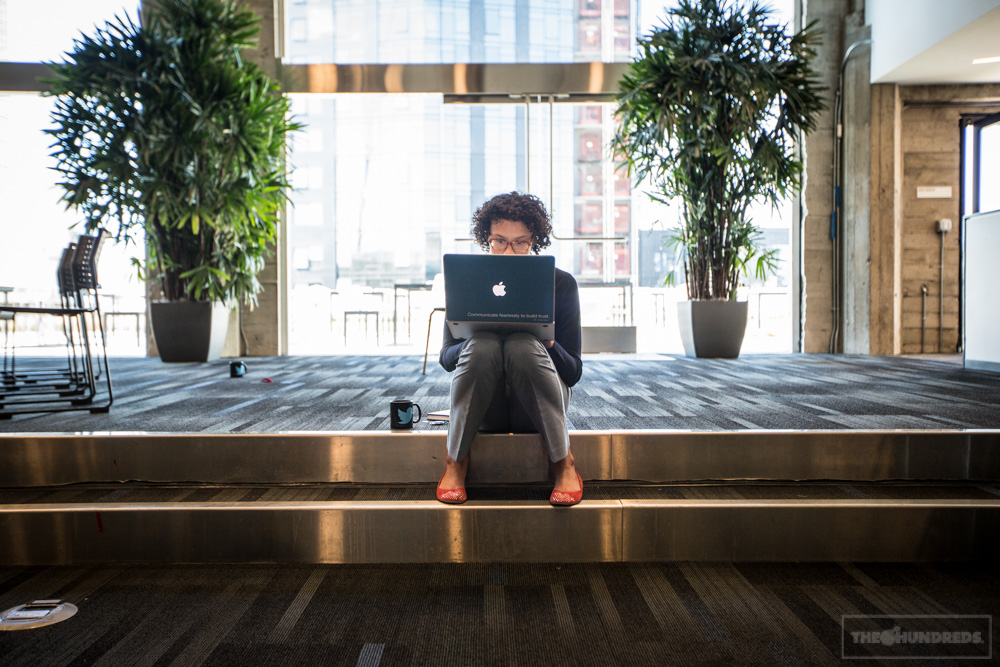 Like I said, no offices. So you can even take your work upstairs to the roof with a sustainable garden, beautiful view of the city, 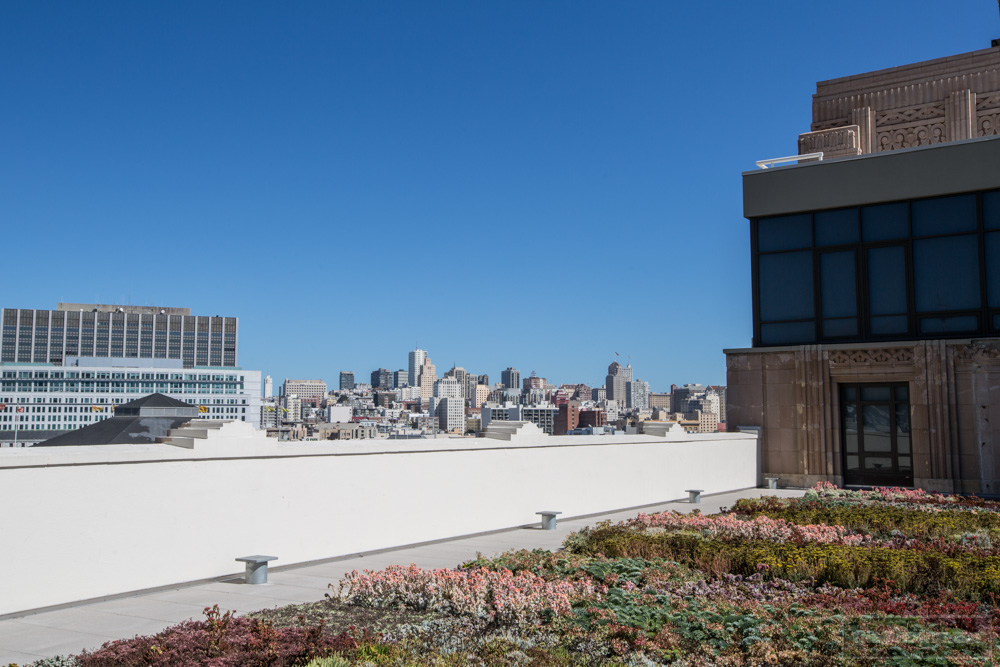 and that drunken white-people beanbag game, for all you Cornholios. 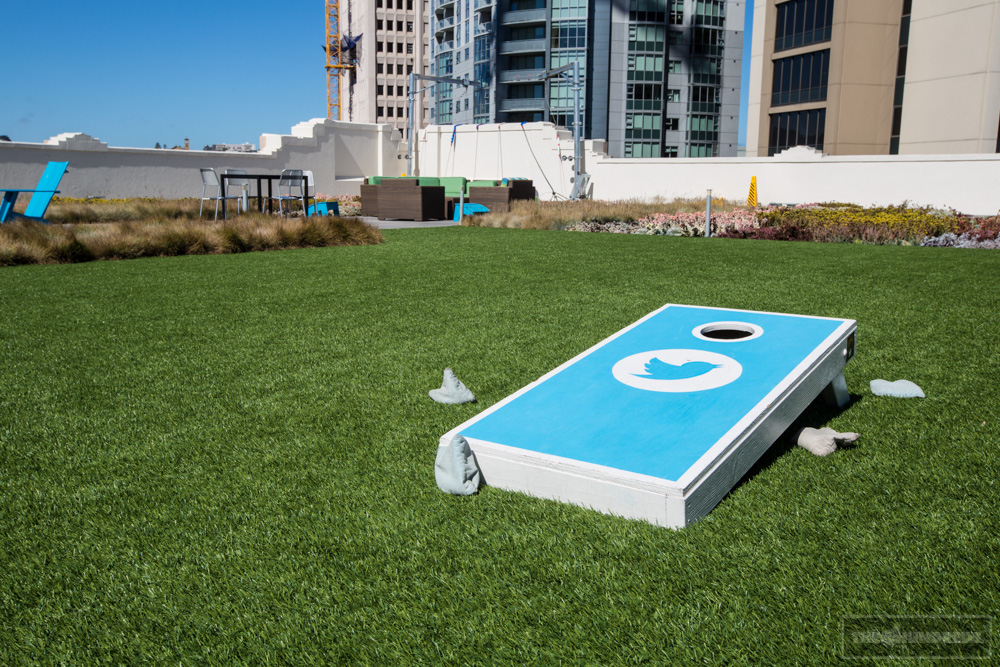 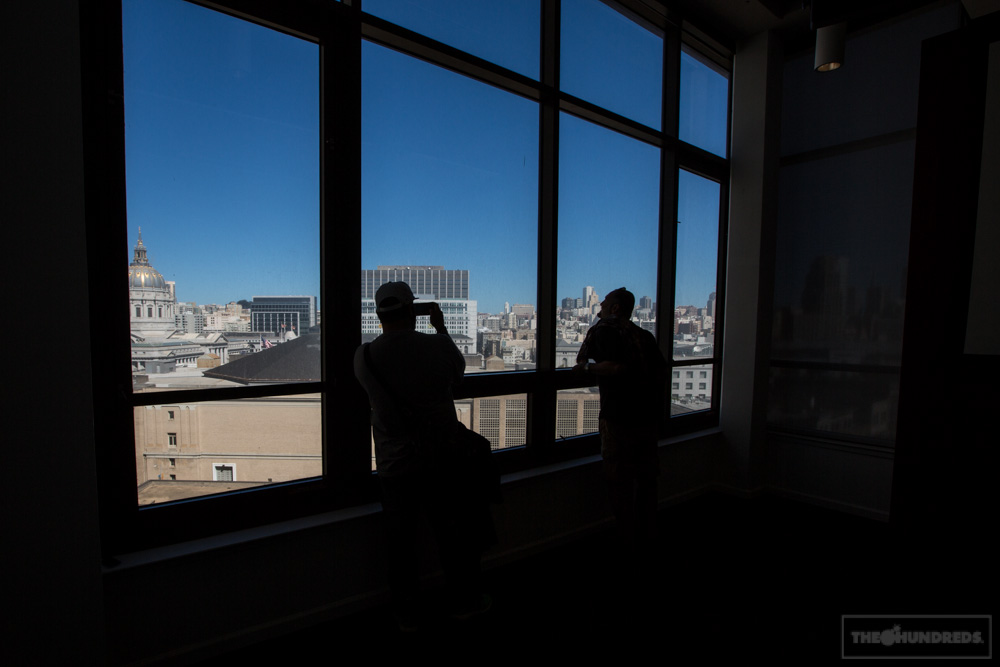 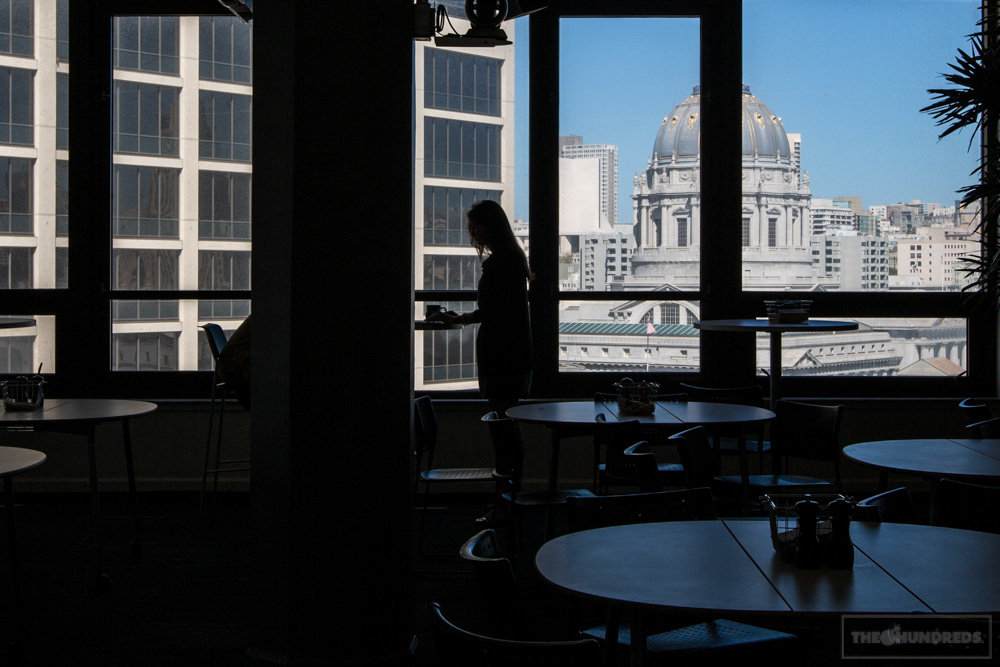 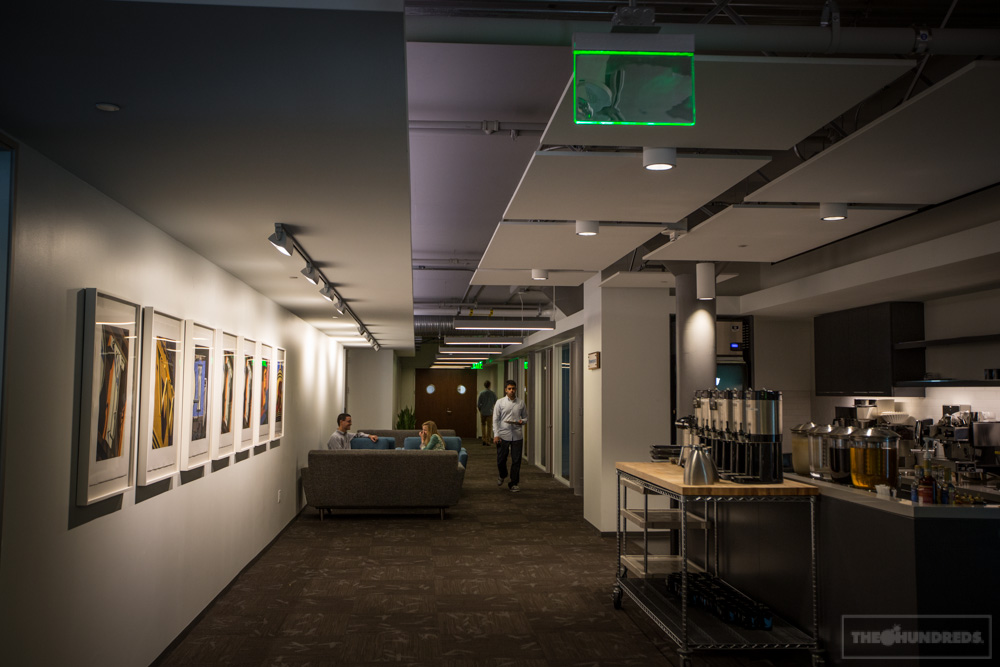 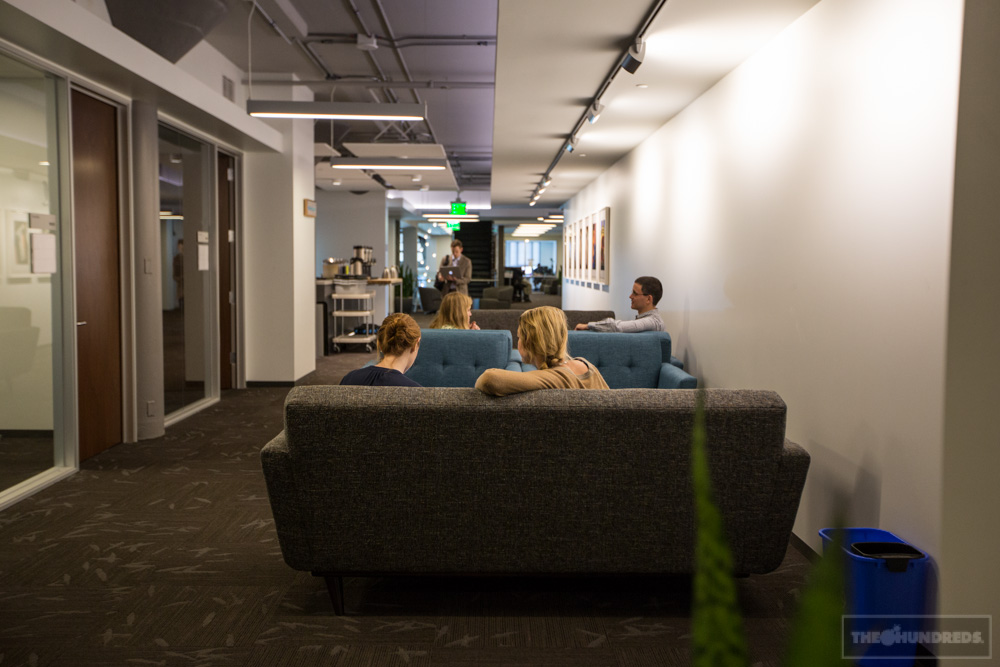 There are fully-transparent conference rooms, and they are all named after a different bird: 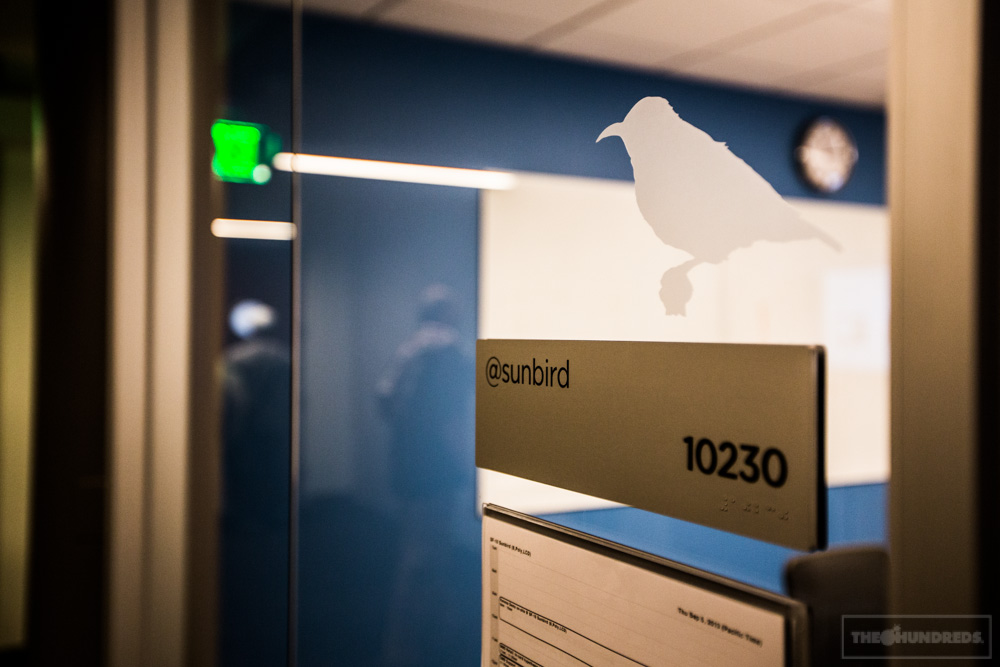 Speaking of which, here’s something new you learned today.  The Twitter bird has a name, and it is Larry.  Larry Bird. Like Adam Bomb.  Totally.

I like how they situated the meditation room directly next door to the arcade breakroom: 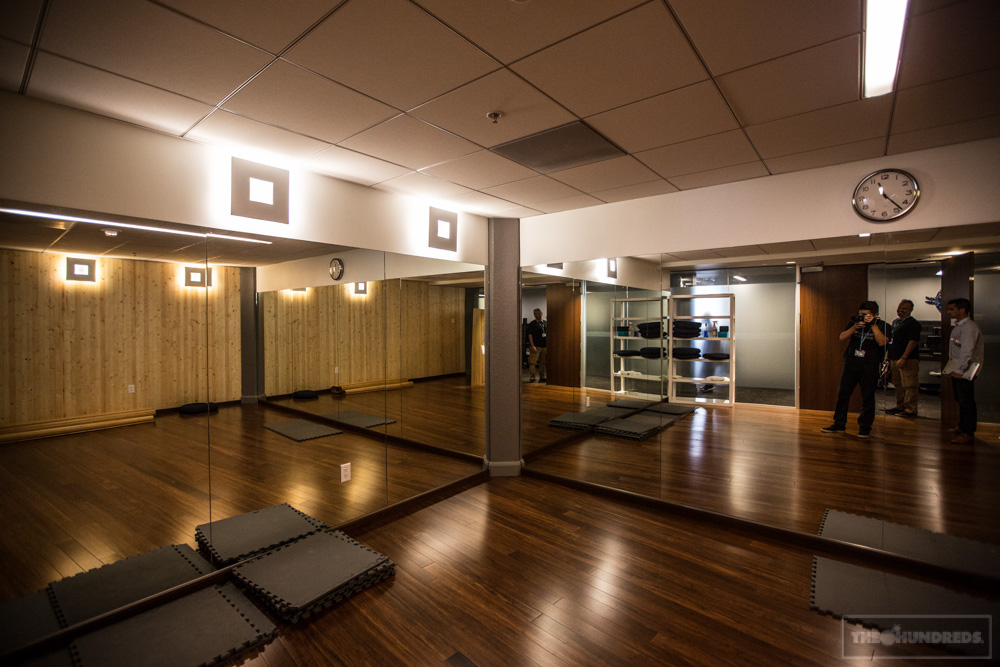 No way.  What about Vine?  Currently, my favorite social media.  SMACK CAM.  And Twitter’s got some things lined up this year that are gonna take the social network to that next level.  For one, start imagining tweets as envelopes that hold all sorts of content and information inside. I guess Twitter didn’t happen because of the earthquake.  Twitter was the earthquake.  RETWEET.