I think the subject of this question might be a little bit specific for [TheHundreds.com’s] audience but I feel like it’s something that should be asked regardless.  I’m from Rochester, MI, which, as you know, is a relatively affluent suburb north of Detroit.  Would a resident of Detroit take offense to me claiming that I am from there?  Rochester is part of the Metro Detroit area, but it doesn’t suffer from most of the problems that have plagued Detroit for the past few decades (unemployment, crime, corruption, etc.).  I also don’t think most Americans understand just how economically and racially polarized that metro area is.  I want to eventually become a resident of the city and help create some positive changes within its borders (while hopefully not becoming an agent of gentrification).

A guy from Rochester

P.S. I thought Hyena was a great read.

How does a rich person move to a poor area and not become an agent of gentrification? Your very existence will attract more rich people which will attract more rich people. And the next thing you know, it’s yoga studios and expensive cheese where liquor stores used to be. And the only minorities you’ll see are the ones pushing white babies in strollers and bussing tables.

Then you get to hear the first wave of rich cats complain about the fourth wave of rich cats. A bunch of bleeding heart liberals displacing the marginalized people they claim to love. Cuz let’s be real, it’s not Republicans moving to Harlem.

Damn near 20 years ago I’m chilling on my boy Brian’s steps in Wicker Park in Chicago. He was a self-made young professional at the time living in a nicer spot in a neighborhood on the rise.

I’m like, “B, don’t you feel bad, you gonna make this area too high for the poor people to live here?”

And he says, “Fuck ’em. If they don’t like it, they should get better jobs.”

That’s the realest shit I had heard all day. 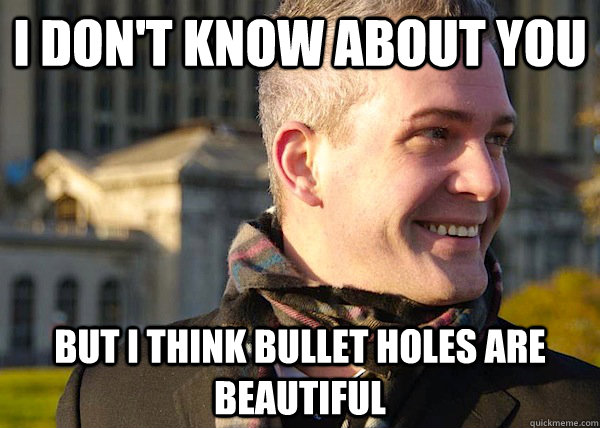 Here’s something else to think about: Since the beginning of time, people have been migrating from place to place, settling, resettling and displacing the people who were there before them. It’s the nature of things. Take Harlem for example, it went from Dutch, to Jewish and Italian, to black and now it’s turning white again.

Circle of life. Quit crying like a bitch about nature. Do rainy days get you down? Does the ocean bum you out? It’s the nature of things. I’m not saying it’s good or bad, I’m just saying it is.

Now for the Detroit question. Can you claim Detroit? When in Michigan – NO. Fuck no.  Claim your own fucking city. Detroit is NOT Rochester. Rochester’s literacy rate is butt-fucking Detroit’s in the mouth, crime ain’t the same and people actually have jobs where you’re from. It’s night and day.

Now when you’re traveling, yes. Or say, “by Detroit.” It’s easier to say that than have to explain the fucking Tri-County area to some motherfucker from Arizona.

“BACK IN ’98 BEFORE DETROIT GOT ALL SEXY… TELLING A BITCH YOU WERE FROM THE D WAS LIKE TELLING HER YOU HAD AIDS.”

I’ve been doing it like this for years to save time and let me tell you, I was doing it back in ’98 before Detroit got all sexy and NPR was doing all those stories on it. Telling a bitch you were from the D was like telling her you had AIDS. Plus, in our defense, it is the major city we’re stuck with. Detroiters, you think we’re stoked all our only major city has to offer is heroin, armed robbery, and coney dogs?  There’s a reason motherfuckers are fleeing Michigan like it’s Mexico –that poorly run, one trick pony of a city is a big one. So yeah, dude, you’re not from the D, but you’re affected by it, like it or not.

P.S. for all you motherfuckers meeting people from Michigan, Detroit is 82% black. So if you meet a white motherfucker claiming Detroit. Chances are, they’re not. Jude Angelini
"Rude" Jude Angelini's advice column, "Yo! Jude" returns – this time offering one of his greatest challenges yet: How to ask a friend or acquaintance to join you and your significant other... for s...