It’s been quite a year for film... is what one of those piece of shit film critics would say looking back on the last 12 months of cinema as we approach the end of 2015. I, on the other hand, would say something like, “Whatever. Movies were fine this year. There were some great ones and then there was that Zac Efron DJ movie.” And that’s what makes me the professional critic that The Hundreds deserves. So when they asked me to list my top 10 movies of the year, I was quick to jump at the opportunity, mostly to make that Zac Efron DJ movie joke, but also to help you understand exactly what to watch and what not to watch—with your busy schedule of waiting in line for Supreme hoodies or buying multiple unstructured pink dad hats to wear while sort of skateboarding or whatever thing you do on your millennial weekends. So without any further Zac Efron DJ movie jokes, here is my list. 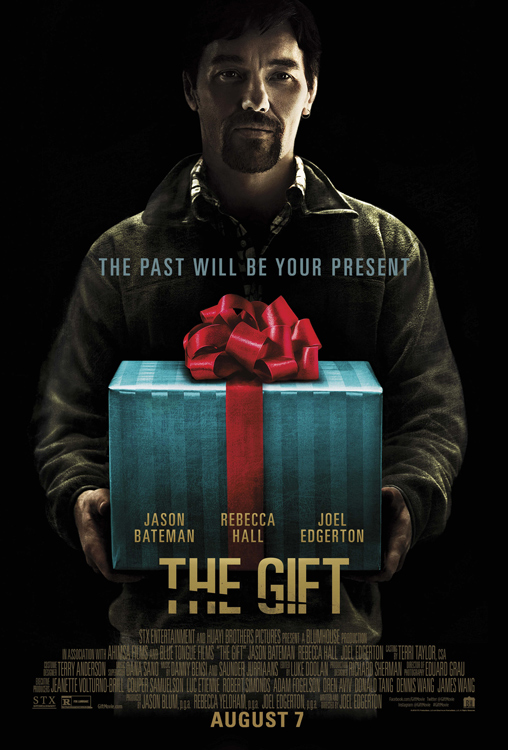 There were a lot of great things in the ‘90s: Jose Canseco, those shirts with Taz and Bugs Bunny totally krossed out on them, Bobby Brown’s song from Ghostbusters 2, and most importantly—movies where people feel unsafe in their own homes. I know it sounds very specific, but that shit ruled. Like The Hand That Rocks The Cradle. Or the Cape Fear remake. Or Single White Female. Or Fear, which also had a kickass rollercoaster / fingerbanging scene in it for bonus points. And in 2015, we had a great addition to this canon of thriller with Joel Edgerton’s The Gift. Edgerton is an actor you know from movies like Warrior, Zero Dark Thirty, and Black Mass, but here he pulls triple duty as the writer, director, and creepy antagonist, “Gordo,” who reenters the life of Jason Bateman, a “friend” from high school he hasn’t seen in years. Overdramatic, perfectly predictable, yet still totally captivating, The Gift is aptly named since it keeps giving, much like herpes or DJ Khaled’s Snapchat. 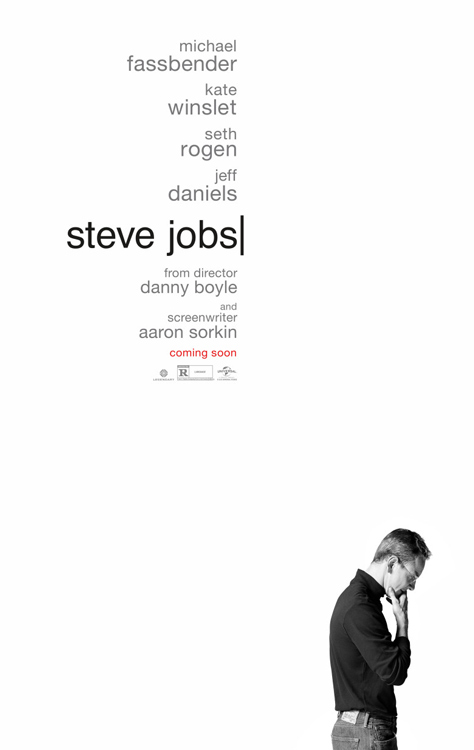 Rather than focus on the visionary’s entire life, like they did in that other biopic starring dicknozzle Ashton Kutcher, writer Aaron Sorkin and director Danny Boyle focus on just a few pivotal moments in the legacy of Steve Jobs. And guess what? Dude was a real dick. Speaking of dicks, Michael Fassbender nails Jobs’s maniacal determination, while Seth Rogen proves his acting chops as the naïve and ignored Woz. The film’s intense dialogue and masterful direction (the movie takes place at only a few locations over 3 acts) will keep you from checking your Instagram throughout the movie, but when you eventually do, you’ll start looking at your iPhone in a completely different light. 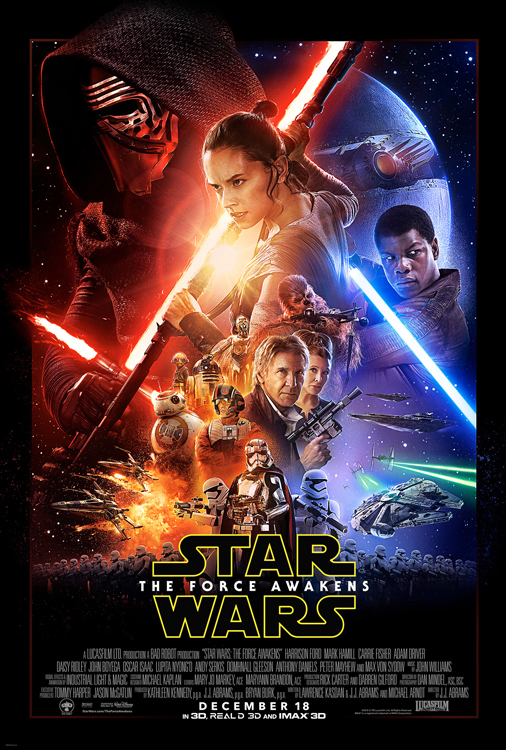 Listen you fucking dork, this movie is good, so stop complaining. People acting like it’s too cheesy have to stop pretending the original films were the Kieślowski Color trilogy. It’s a space movie, originally directed by a dude who filmed an N*Sync cameo for Attack of the Clones. Sure, it’s a lot like A New Hope, and not every character shows perfect motivation, but stop being a downer. It’s exciting and essentially the savior of a franchise that ended up ruining more childhoods than Jared Fogle. OK, that was too much, but keep in mind that JJ Abrams made a black dude a Stormtrooper, created an aggressive female protagonist, and didn’t use one lens flare in over 2 hours. Applaud this movie or else I’ll shove you in a locker and break your glasses. 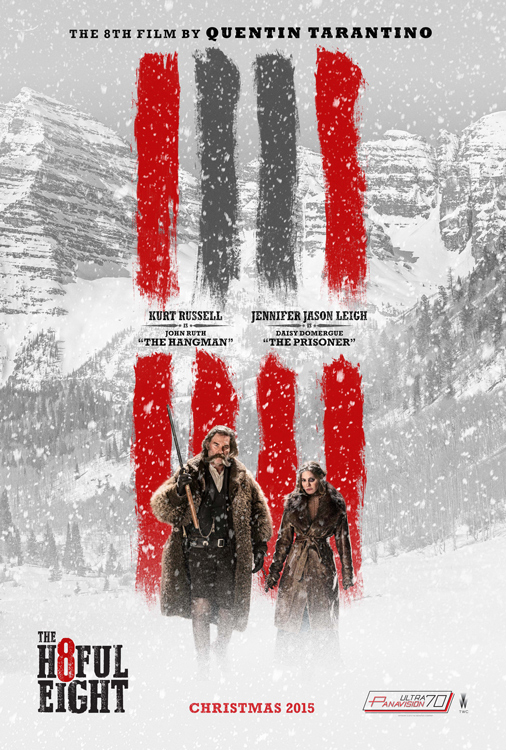 Almost an homage to Quentin Tarantino by Quentin Tarantino, The Hateful Eight is like if Django found himself hanging out with the Reservoir Dogs. Set shortly after the Civil War, Tarantino plays within a part-Western, part-set piece framework to tell the bloody story of eight strangers snowed into a cabin, but actually trapped by paranoia, revenge, and the n-word. Some amazing turns from Tarantino regulars like Samuel L. Jackson, Michael Madson, and Tim Roth, while fresh faces to the pack like Channing Tatum and Kurt Russell help the movie stay interesting for the over 3-hour run time. Even when Tarantino is mediocre, he’s still leaps and bounds better than anything around him, allowing only his horrible segment in Four Rooms to taint his near perfect IMDB page (he also acted in Little Nicky, but I’ll give him a pass for that). 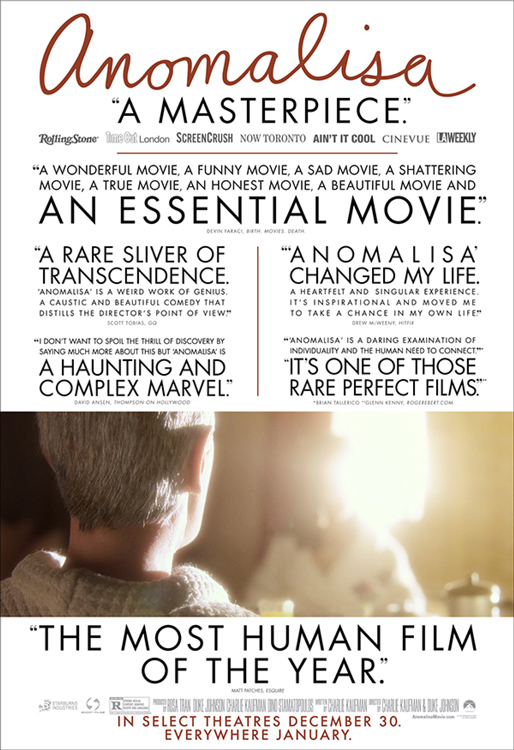 “The puppet movie” is so much more than that. It’s an emotional character study tour dé force written and co-directed by Charlie Kaufman, with the help of Community creator and Rick & Morty co-creator, Dan Harmon. Originally a staged radio play, the script tells the story of Michael Stone, a famous author on the subject of customer service, who—during a speaking engagement trip—explores his own inability to connect with others. A look into the mind of a narcissist, you’ll completely forget that the movie is solely made up of stop motion puppets and only features three voice actors. Arguably Kauffman’s most personal work, Anomalisa explores loneliness, validation, and everything else that makes you check your ex’s Facebook page. 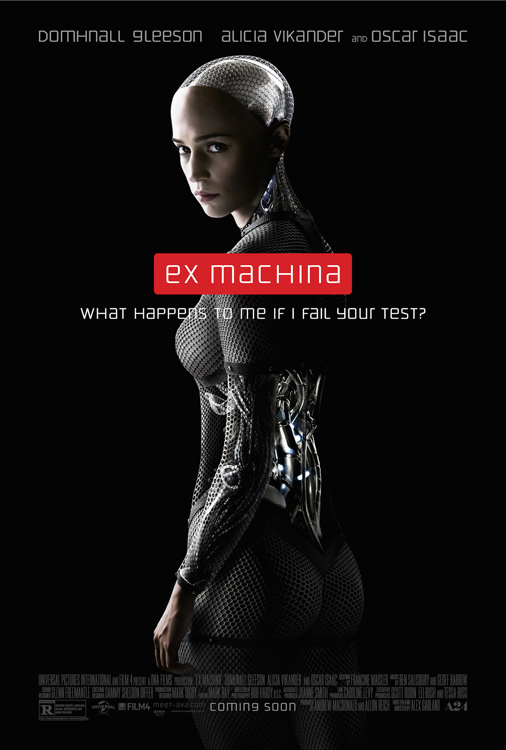 This British sci-fi thriller is directed and written by Alex Garland, who in the past has penned a number of memorable movies like 28 Days Later and Dredd, but he might as well give all the credit for this one to Rod Serling. When a computer programmer wins the chance to live with the company’s CEO for a week, he never could have predicted what kind of chaos he’d face. The CEO is almost a Silicon Valley Willy Wonka, played by the great Oscar Isaac, when he unveils his newest invention, the logical next step in artificial intelligence, a female robot who not only looks human, but has the ability to think and feel like one. The story quickly ramps up, leaving the viewer in the same position as the programmer—questioning exactly who is playing who right until the last scene. Made with only $15 million, if you’re going to only see one Oscar Isaac movie this year, it’ll probably be The Force Awakens, but you’re also making the wrong decision. 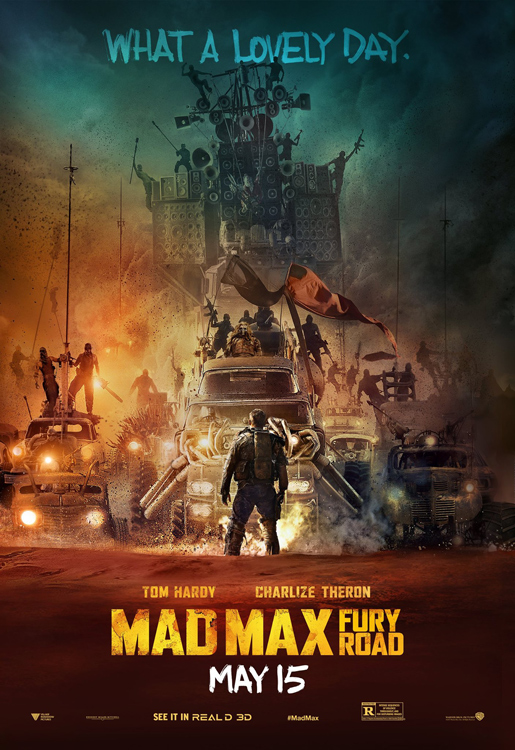 I don’t need to tell you why George Miller’s most recent installment in the Mad Max franchise is both important and thrilling—you should know that by now. But what I will tell you is that every single shot felt like a movie in itself, introducing more and more interesting characters, even just in passing. In some other universe, this is the franchise getting all the sequels and spin-off movies, because honestly, do we really need to know more about Boba Fett? Miller is now 70-years-old and made one of the most innovative and fresh films in the action genre of this decade, edited by his wife. So let’s stop saying old people and women can’t make movies. Rumor has a sequel in the works, but I won’t stop championing this movie until I see a Doof Warrior soap dispenser. 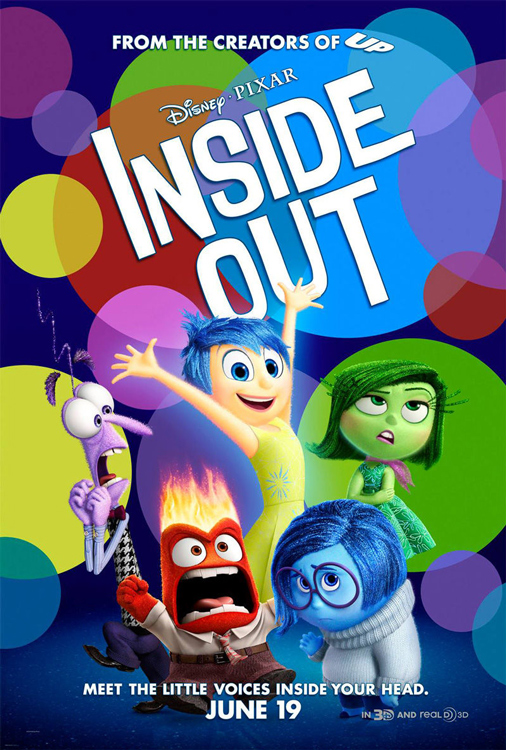 Pixar’s newest kids’ fare is hardly made for just children, tackling intense subjects like psychological well-being and mental development. But c’mon—isn’t that cooler than just seeing Larry the Cable Guy play a hillbilly car? Featuring the voices of Amy Poehler, Bill Hader, Lewis Black, and Mindy Kaling, filmmakers consulted with therapists from University of California, Berkeley, and other schools I didn’t get into, to really depict what goes on in the brain of a recently relocated teen. The movie is funny and sweet and I cried and I’m not sure how anyone could not like this movie. Unless you’re a child that the movie was initially intended for, but found the plot to be too dense and too mature, because well, that makes total sense. 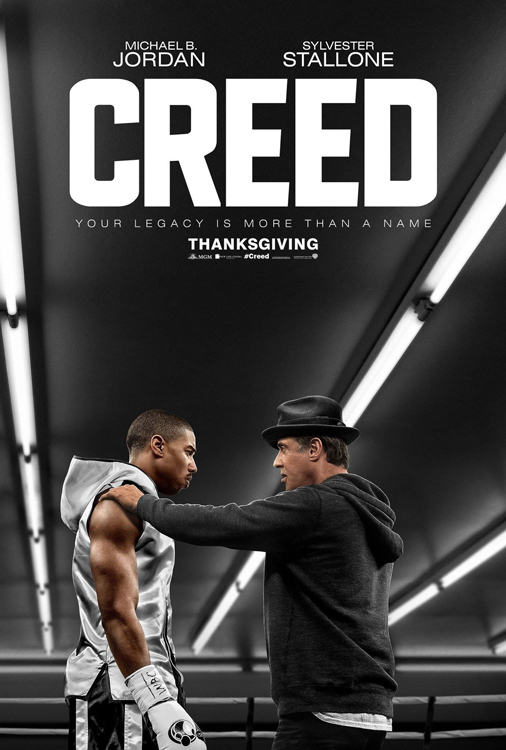 I don’t think anyone was thrilled to see this new sequel to Rocky when it was first announced, but maybe that’s because other rebooted franchises like Point Break and Jem & the Holograms looked immediately like gigantic pieces of shit (and were). Even after they nabbed the director of Fruitvale Station and Michael B. Jordan—who may not have starred in Space Jam, but can gloat that he was on both The Wire and Friday Night Lights,—I had my doubts. 2006’s Rocky Balboa was a garbage can and, much like real boxing, I just don’t care to follow along anymore. But it turns out Creed is brilliant. The movie takes the legacy of the Rocky movies that matter (R.I.P. Tommy Gunn) and creates an important and unforgettable new story, following the son of Apollo Creed and his dream to follow in his father’s footsteps. Remember how Diddy sampled Zeppelin’s “Kashmir” for that song on the Godzilla soundtrack and it was an awful result of taking something old to make it new? Well, consider Creed to be more “Paul’s Boutique” than Diddy. 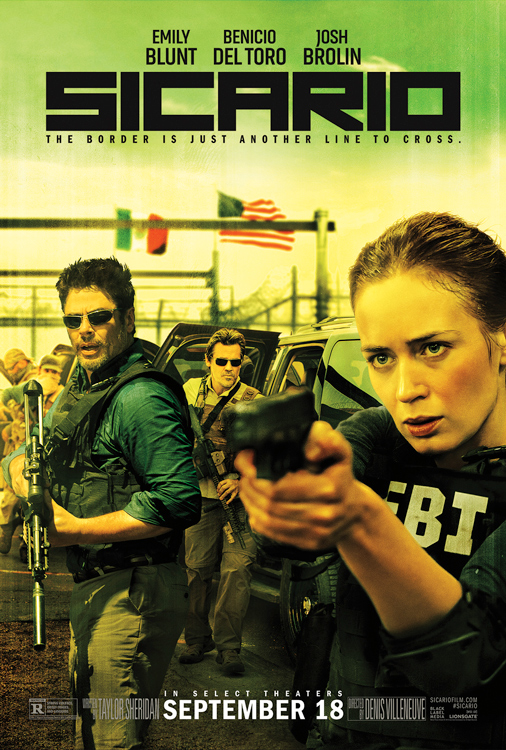 Hands down, this epic thriller based on the Mexican drug trade was my favorite movie of the year, keeping me on the edge of my seat for its entire duration. The script, which at times felt like Pusha T lyrics, was awesome and director Denis Villeneuve made it 2 in a row after his 2013 sleeper, Prisoners, also blew me away. Benicio Del Toro steals the flick without saying more than a dozen decipherable words, but you’ll also see impressive turns from Emily Blunt and Josh Brolin. This is what that movie Traffic should’ve felt like if that wasn’t a sappy predictable mess. Villeneuve’s next movie, the sequel to Blade Runner, could make a ton of those pesky nerds mad, but for now, let’s just all hail the king of pushing that cinematic weight.

Movie you loved that I though was “fine”: Spotlight. CJ Rucker
Because 2015 was such an enlightening year for music, we decided to round up the top 25 albums of the year. Take a look at which album or $10 “mixtape” made the cut.