AAPE x SpongeBob Capsule Collection – A Bathing Ape (BAPE) off-shoot, AAPE, takes a fun and casual approach to streetwear by teaming up with Nickelodeon’s SpongeBob Squarepants. Projects between the Japanese brand and the cartoon character have occurred before, but this one is more whimsical with SpongeBob’s face appearing across woodland camouflage and along the AAPE Ape logo. 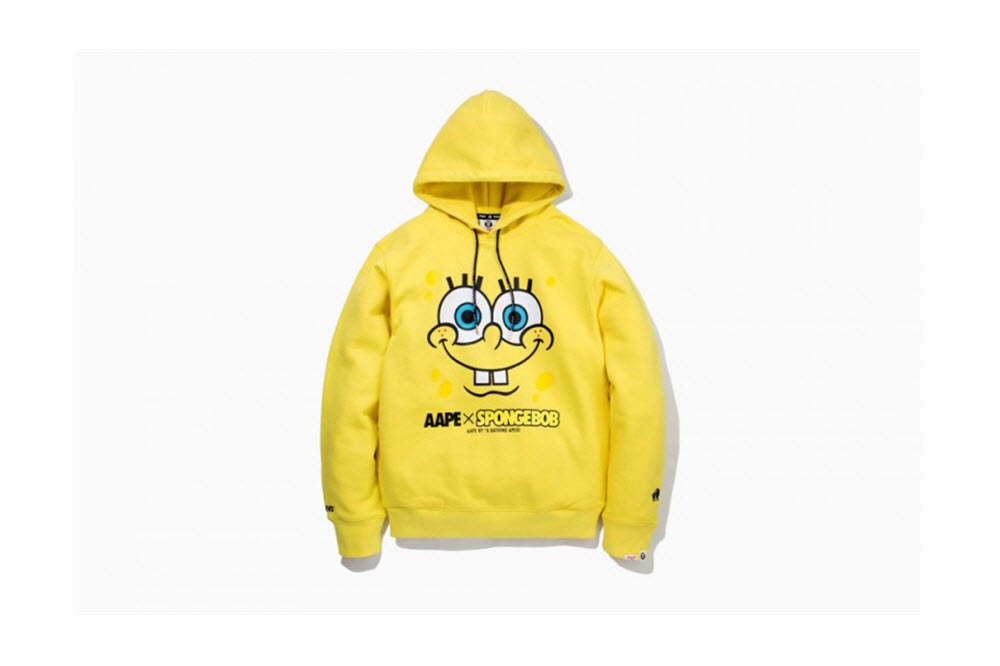 NEIGHBORHOOD x Hysteric Glamour – One of the wildest design camps out of Japan has to be Hysteric Glamour. The eccentric label has been churning out vibrant designs for over a decade and their latest project is with powerhouse NEIGHBORHOOD. The two brands turn up a military and moto-inspired collection of winter jackets, athletic crewneck, and graphic T-shirts. The small collection is set to drop Tuesday, January 2, exclusively at NEIGHBORHOOD stores. 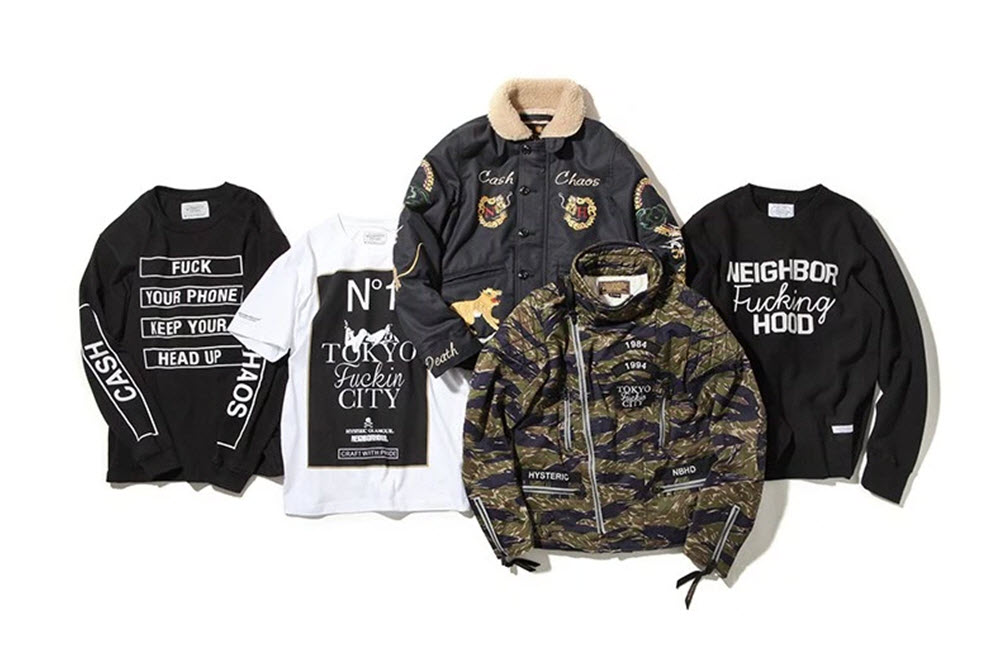 Vans “Year of the Monkey” Collection 2016 – As 2015 comes to an end and 2016 approaches, it is time to forego the year of the sheep, and embrace the monkey. Vans is ready with a collection of skate sneakers that take on the wild and whimsical nature of the primate. The Sk8-Hi Reissue kicks things off with a tonal red suede upper, black liner and white sole. There is a second Sk8-Hi slim with yellow accents, and finishing things off is a multicolored suede Half-Cab. All three pairs are made with premium materials and set to drop globally very soon. 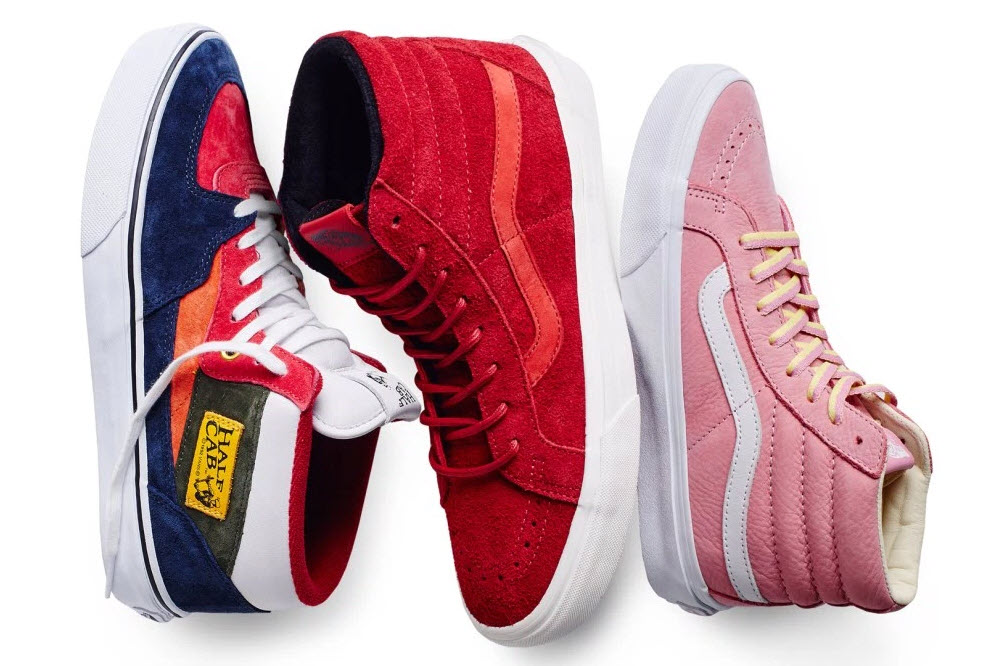 Fujifilm X-Pro2 – The X-Pro1 sat on the throne of compact mirrorless cameras since its inception in 2012. After three years of reign, a successor has arrived in the new X-Pro2. The new flagship camera will boast a host of technical upgrades, but some changes that are exciting fans is the addition of a viewfinder along with a joystick control. These new changes hint at a new control system, but thankfully the retro look of the camera remains intact. Expect the X-Pro2 to arrive on the scene in early 2016.
Source:FUJI RUMORS 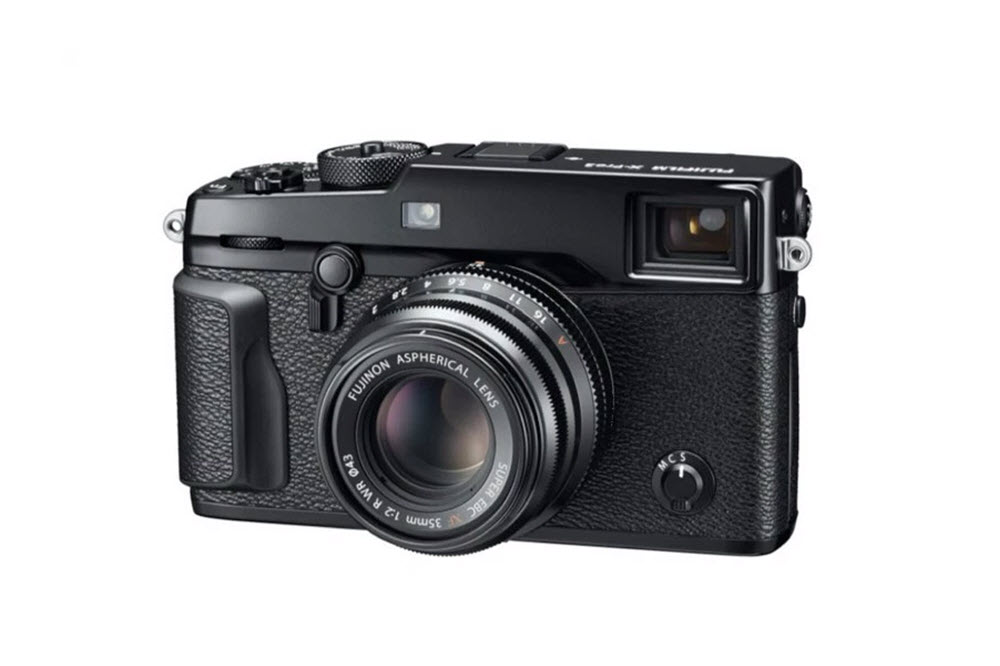 Pendleton for Kletterworks – Pendleton Woolen Mills offers their durable textiles for a new capsule collection with Kletterwerks for Holiday 2015. Look for Kletterwerks to create a collection of backpacks by mixing canvas with the custom made fabric. Using a unique handmade technique the woven bags are constructed to handle any condition. In addition to the trio of bags, the specialty wool will also arrive as an accompanying blanket.
Source: houyhnhnm 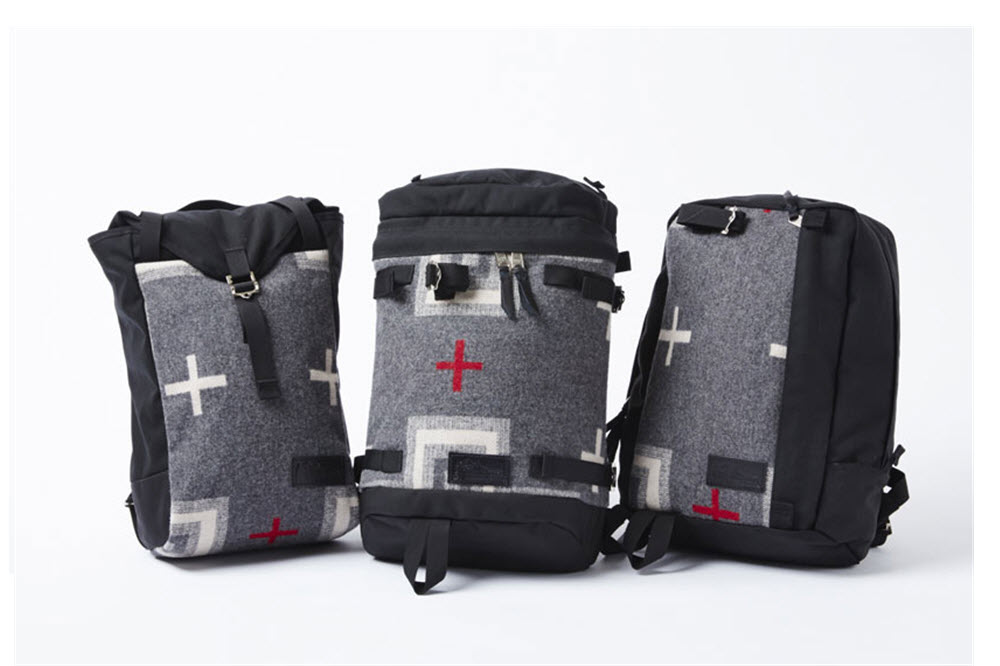 ALIFE x PUMA – After a string of successful collaborations, ALIFE and PUMA set their sights on more runners for 2016. The project will be made up of four new colorways and will take shape with the PUMA R698 and Blaze of Glory silhouettes. Using some vibrant color blocking, mixing premium textiles, and spicing up the midsole are three key ways on how ALIFE gives a pair of classic runners a youthful update.
Source: ATMOS 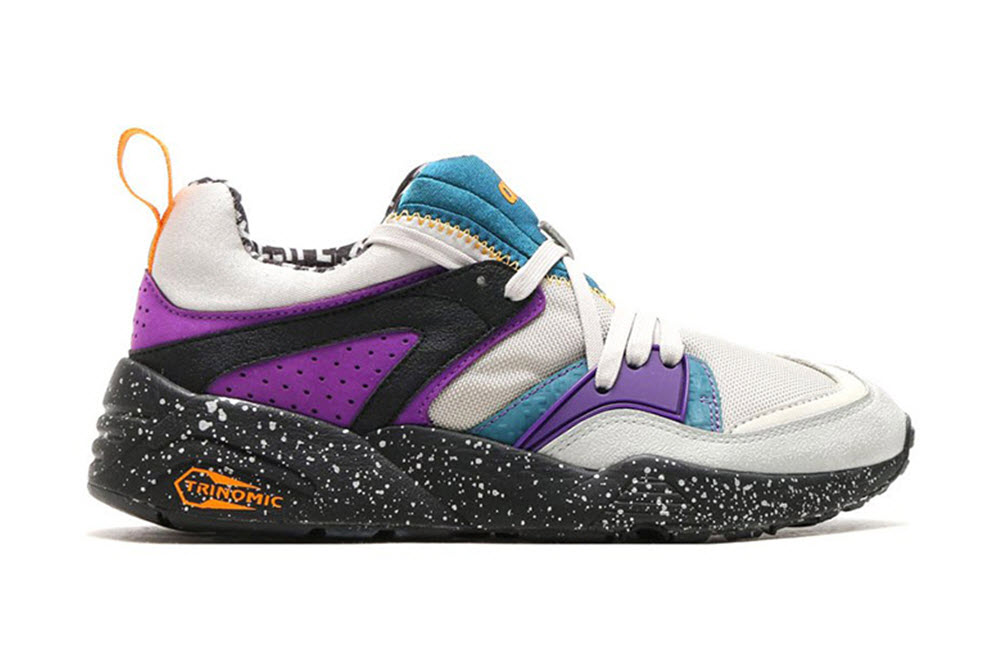 F.C.R.B. 2016 New Year Collection – Without a premier soccer club, Japan relies on fictional teams for their football fix. F.C.R.B. returns in 2016 with a new Nike project featuring a slew of graphic T-shirts and athletic fleece. Using a big logo theme the monochromatic pieces feature an enlarged swoosh along with the F.C.R.B. logo printed largely across the back. Look for the small capsule collection to drop this Thursday, December 31, exclusively through SOPHNET and ISETAN.
Source: ISETAN 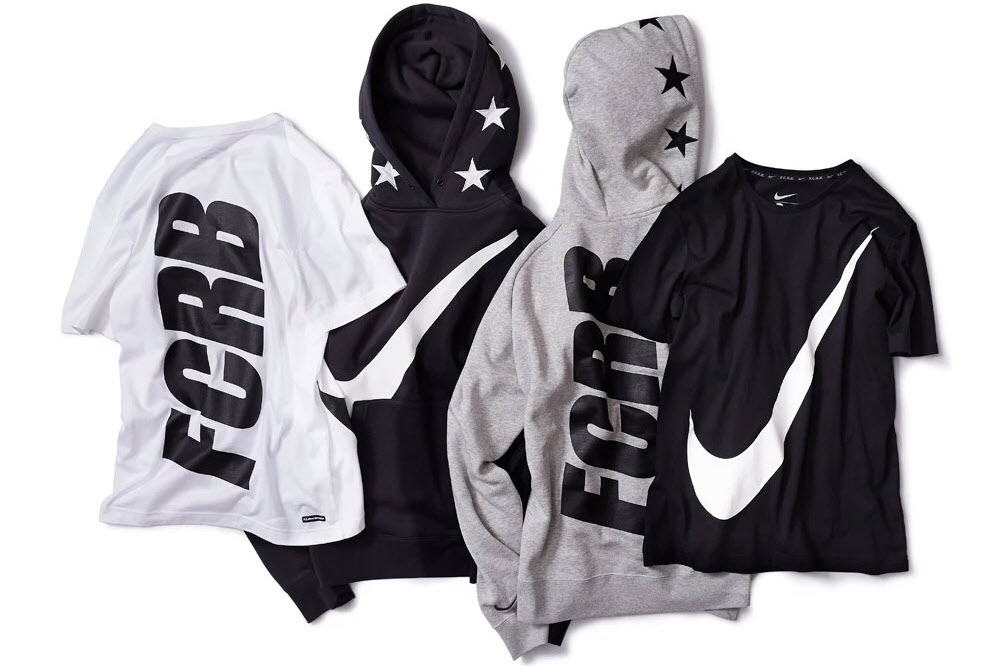 Samsung Galaxy A9 – Samsung continues to blend the line between phone and tablet with the release of the massive A9. The high-end Galaxy A9 with a six-inch 1080p super AMOLED display that bests the iPhone 6S Plus by a full half inch. Measuring in at 7.4mm thick, the smartphone also sports an impressive 4,000mAh battery, Snapdragon 652 processor, 3GB of RAM, 32GB of storage and a 13MP rear facing camera. The specs of the high-end phone look great, but unfortunately it ships with the older Android 5.1.1.
Source: Samsung 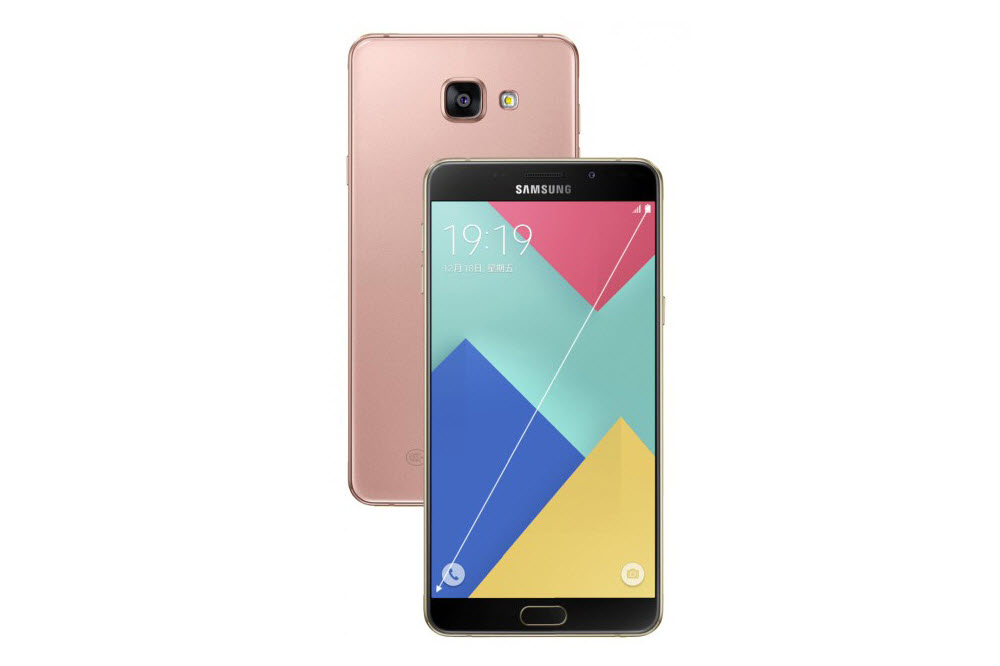