We’ve always been known for our tongue-in-cheek flips on pop culture easter eggs in our graphics. From the “Leisure” T-shirt that’s accredited to the 1987 adult game “Leisure Suit Larry,” to our Fall 2014 “Karou Betto” baseball 3/4 sleeve shirt inspired by its cameos on Jeff Bridges in multiple films like The Big Lebowski, our graphic tees are direct references to tidbits of culture that we hold dear. This is the case behind Spring 2017’s “Crew” graphic. 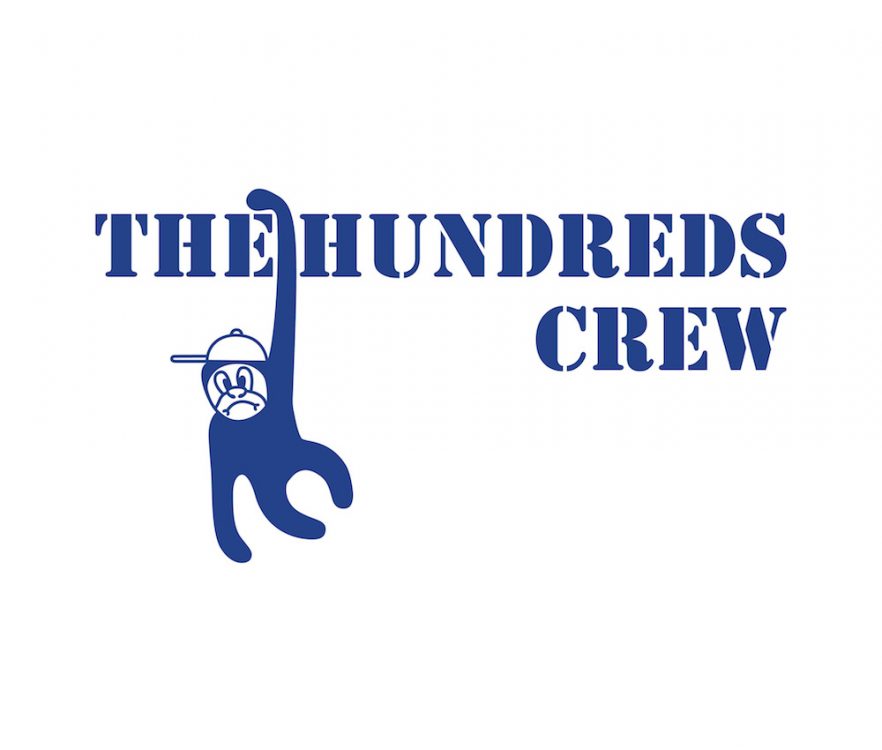 This graphic T-shirt is a nod to a historic moment that shifted the way journalists reported politics. Here’s the story:

It was the 1988 presidential primaries. Democratic-hopeful, Gary Hart, was leading in the polls—the presumed nominee for the party (and to be honest, the presumed president-to-be, leading over all Republican nominees as well). Hart was considered in Washington as a “brilliant and serious man, perhaps the most visionary political mind of his generation, an old-school statesman of the kind Washington had lost its capacity to produce.” He was intelligent, relatable, and charming—Kennedy-like, with qualities that Americans sought in their leader. So when the Miami Herald was tipped about Hart’s alleged extramarital affairs, which led to a stakeout and confrontation—the world of political journalism changed forever.

“There was no precedent for any reporter accosting a presidential candidate outside his home, demanding the details of what he was doing inside it. It was just Hart and his accusers, or at least two of them for the moment, facing off in an oil-stained alley, all of them trying to find their footing on the suddenly shifting ground of American politics,” The New York Times stated in their 2014 profile of the incident. 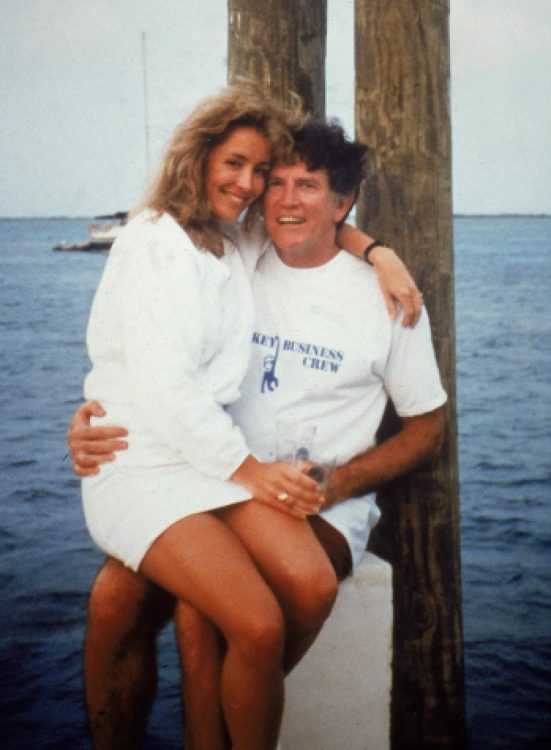 Gary Hart with his alleged lover, Donna Rice. “Monkey Business” is the name of the yacht they were seen together on.

What followed were questions of ethical reporting—and everyone had an opinion. For some, the public had no right to engage with Gary Hart’s private and personal life. It was tabloid media and detracted from real issues, like his policies. For others, his personal decisions invited scrutiny—especially if the American people were to trust him as their leader. Prior to this scandal, quite a few presidents were adulterers, facts of which were commonly known by the general media—it was just never commented on publicly. The Gary Hart/Donna Rice coverage was unprecedented. And Gary Hart’s response at press conferences were seen as standoffish and defensive, which also caused people turn on him. Poll numbers dropped; trust became irreparable.

Gary Hart eventually dropped out of the race for the presidency, citing that the “smokescreen” the media created did not allow him to deliver his campaign goals to the American people. Soon after, photos leaked of him and his alleged lover, Donna Rice. She was seated on his lap comfortably, smiling, with his hand wrapped tenderly on her waist. His T-shirt reads “MONKEY BUSINESS CREW,” the name of the yacht where the pair rendezvoused.

On the 30th anniversary of Hart’s infidelity becoming public, CNN talked with the reporter that broke the story.

The story—which happened long before the Clinton-Lewinsky scandal—has been told and retold time and time again, a study on the transformation of journalism and the role it plays. It’s interesting to see how far we’ve come in terms of dissecting presidential candidates now—and how unfazed we’ve become by their comments.

After listening to this Radiolab podcast describing the entire 1987 scenario, Bobby Hundreds knew the story had to be told through our clothing. Thus, the “Crew” T-shirt was born, a flip on the “MONKEY BUSINESS CREW” shirt Gary Hart wore in the incriminating leaked photos of him and Donna Rice. 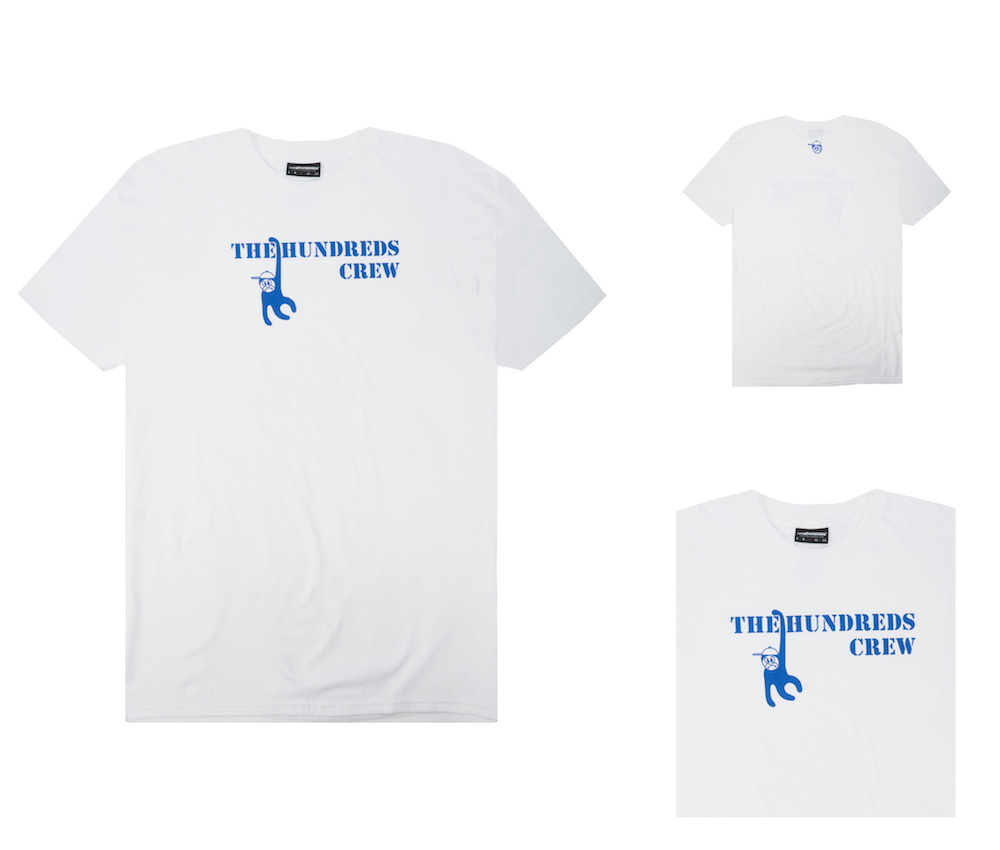 Shop the “Crew” T-shirt at our flagships, authorized retailers, and in the Online Shop.

For further reading, we recommend Matt Bai of The New York Times Magazine‘s 2014 profile of Gary Hart, “How Gary Hart’s Downfall Forever Changed American Politics.” In the piece, Hart’s wife Lee states that Hart is bothered everyday by what he could have done for America had he been elected president. Here’s a clip:

“‘…We wouldn’t have invaded Iraq,’ Hart went on. ‘And a lot of people would be alive who are dead.’ A brief silence surrounded us. Hart sighed loudly, as if literally deflating. ‘You have to live with that, you know?'” The Hundreds Spring 2017 Delivery 2 Is Here

Kazie Holiday
Expanding on the clean, workwear influence of The Hundreds Spring 2017, we've added a few more crucial items from Delivery 2 like the water resistant Taslan Nylon "Bestwick" jacket and the 100% co... 7 THINGS YOU DIDN'T KNOW ABOUT OUR SUMMER 2014 COLLECTION

Bobby Hundreds
The Hundreds Summer 2014 is now available in our flagship locations, authorized stockists, and right here in the Online Shop.  Everything we make begins with a story. It’s always been important for... Bobby Hundreds
We’ve always sought to provide a purpose and a story behind everything that we design.  The Hundreds isn’t merely a clothing brand or a media network; it’s a storytelling company.  And in most all ... INSIDE OUT :: THE REAL STORY BEHIND OUR "SETH" T-SHIRT