Oxnard is a quiet suburb rooted in a productive agricultural region 30 miles west of Los Angeles. The original home for a huge sugar beet factory, it quickly developed into a transportation and manufacturing base driving a heavy span of new immigrants during the WW2 years. It was this setting that served as the birthplace of a young Otis Jackson Sr., known around the world under his pseudonym Madlib. A mysterious figure who’s worked with everyone behind the scenes, known as “DJ first, producer second, and MC last,” operating with many aliases, it was his first demo with childhood friends Wildchild and DJ Rome as Lootpack that found its way into the hands of a Bay Area DJ named Chris Manak (Peanut Butter Wolf). This was the start of a long-lasting relationship that has birthed some of the most cherished moments in West Coast hip-hop and music in general.

As the Stones Throw label that has been the home of the critically acclaimed artist from day one celebrates its 20th anniversary this weekend in conjunction with Red Bull Sound Select at the Stones Throw Super Fest, we travel through time reflecting on the classic records that certified the status of the Oxnard native in the music world. 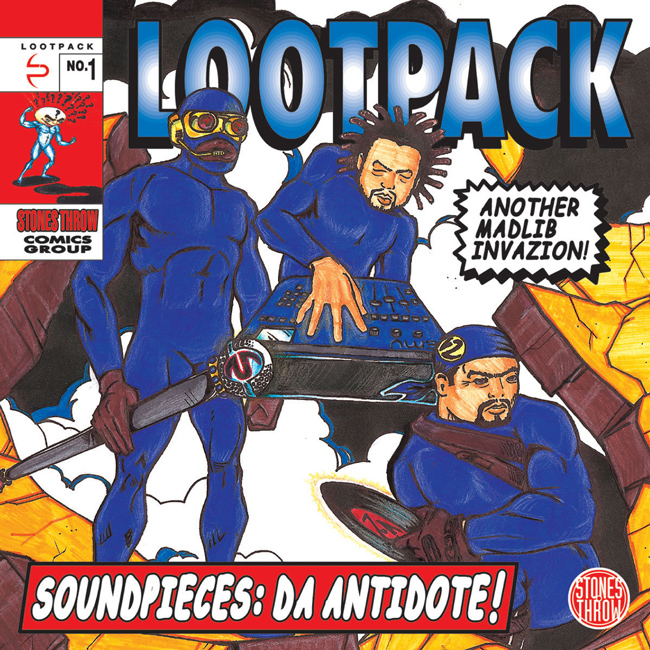 It would be only right to start things off with the record that put the master producer on the map. Started from the childhood crew of friends who hung out at the Jackson household (renamed the Crate Diggas Palace). The 805 group comprised of Wildchild, DJ Romes and Madlib got its first major feature on Tha Alkaholiks’s debut 21 & Over in 1993. It was their Ill Psyche Move EP in 1995 financed and released by Madlib’s father (on the eponymous Crate Diggas Palace Records) that made its way into the hands of Stones Throw head Peanut Butter Wolf.

With early features by Dilated Peoples, Defari, the Liks, a young Oh No and Declaime, as well as the elusive Quasimoto Soundpieces was perceived at the time as one of the revitalizing records behind the new West Coast underground scene as well as a early insight on many rappers who would later shape what it meant to be on Stones Throw Records. The hard hitting drum programming from Madlib and his emphasis on the SP-1200 made famous by Pete Rock changed forever how producers from California were perceived. 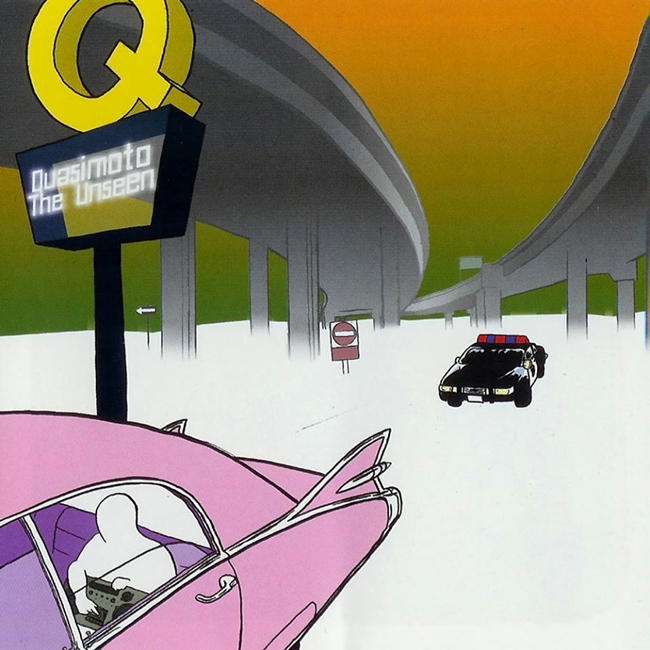 A month-long acid trip brought the strange Quasimoto alter ego that initially appeared on the Lootpack debut back into the realm that we exist in. The solo debut of Madlib in 2000 was a continuation of the mythology of characters that existed within the universe created by various members of Parliament-Funkadelic.

Before the auto-tuning adventures of the late 2000s became a thing to do, Lord Quas’s pitched up raps on top of the heavy slappers delivered by Madlib were highly revolutionary. Blessed with one of the best covers to come out of the mind of long-time collaborator Jeff Jank, many witnessed sonically the first moves towards the left field beat selection that would make the Oxnard native a sought out producer in the music world. Drawing inspiration from the Blaxploitation era (Melvin Van Peebles) all the way to the jazz-tinged production that would serve as the muse for further trips down memory lane. 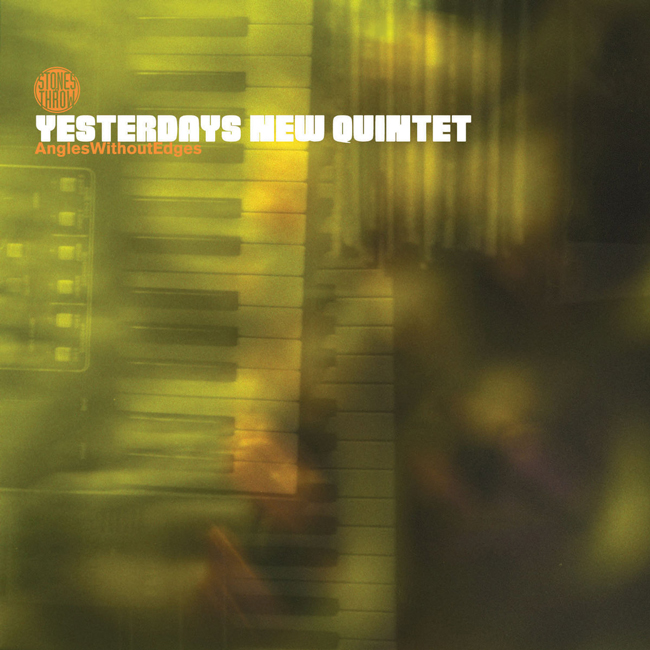 Coming from a household steeped in jazz and soul with a famous uncle blessing him with gems, it wasn’t surprising internally for the people who knew Madlib to see him push forward with his own explorations within the jazz spectrum under his new alias Yesterdays New Quintet, comprised of  Joe McDuphrey, Malik Flavors, Ahmad Miller, and Monk Hughes (all him).

Much in the same vein of DJ Shadow, listeners had to forever change their interpretation of what could be expected from a Madlib record.

Having established himself within the underground hip-hop world, the Angles Without Edges project provided the quiet man known for his short attention span the opportunity to challenge himself and break the boundaries of what it meant to be a hip-hop producer. Much in the same vein of DJ Shadow, listeners had to forever change their interpretation of what could be expected from a Madlib record. 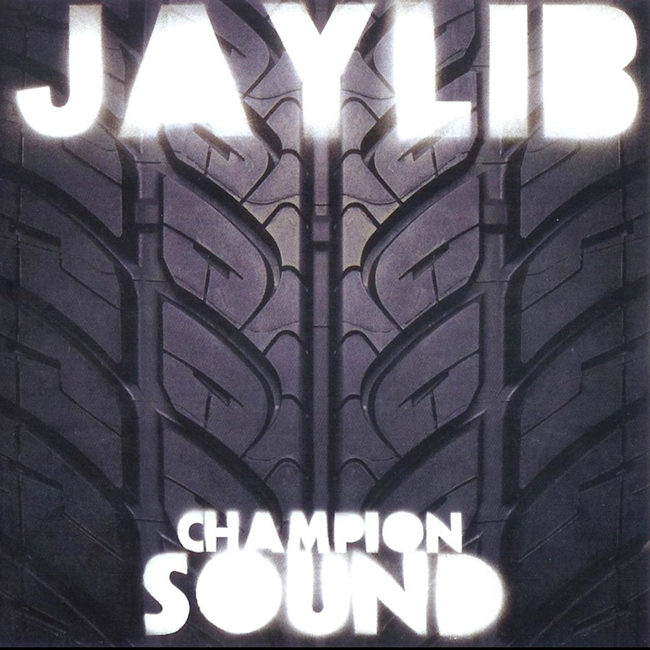 What started out as a bootleg project—courtesy of a CD filled with beats J Rocc of the Beat Junkies handed over to Madlib from the Detroit wunderkind Jay Dee (later to be changed to J Dilla)—later morphed into a full-fledged collaborative project between the two. At the time, Jay Dee was a well-respected producer with placements on classic records by Busta Rhymes, A Tribe Called Quest, and even *NSYNC, as well as his seminal work with hometown group Slum Village.

While the two had only met once before to work on the never-released major label debut of Jay Dee for MCA, when Stones Throw dropped the well-received unsanctioned white label 12″ for “The Message,” they were surprised to say the least when the head of the Solquarian crew reached out to make it the record complete.

Starting in 2003 before the now-ubiquitous norm today of sending tracks via email without ever meeting, Champion Sound forced the two elusive producers to join up and knock out a classic. Many saw this Jaylib moment as the visible representation of Voltron forming in unison to create a cult classic. Viewed as a modern reinterpretation of the Jamaican tradition of a sound clash, each producer trades off beats with one another so that they flow over—or in the case of Talib Kweli, Percee P, and the rugged Detroit trio of Guilty Simpson and Frank N Dank bring in the cavalry to round out the effectiveness of each track. 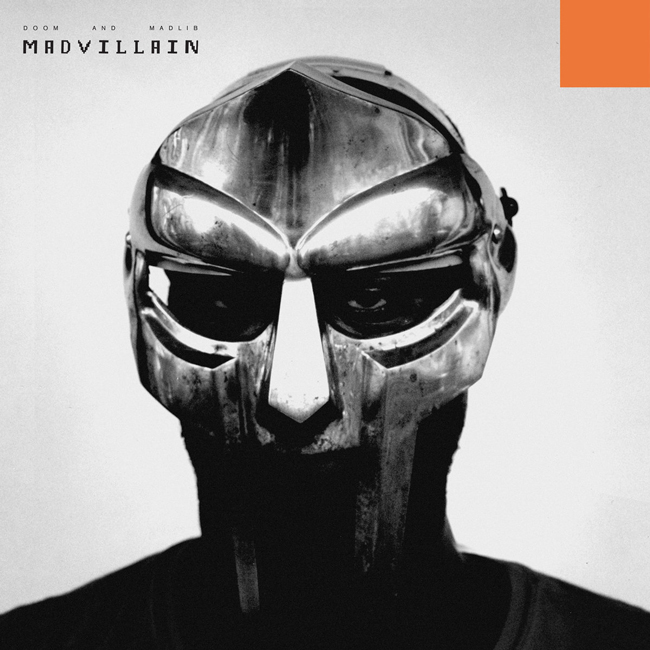 A unknown rap project came to light during a record hunting trip to Brazil in 2002 by Madlib, Cut Chemist, DJ Babu, and J Rocc from the Beat Junkies that is infamously known for skyrocketing the prices of Tropicalia records to levels still pissing off collectors today. Madlib coming down to participate in a Red Bull Music Academy lecture set the underground world on blaze when a stolen demo stateside was published online, enlightening everyone to the Madvillain duo comprised of the two most cryptic artists in hip-hop: Madlib and MF Doom.

Doom—previously known for his work in KMD and for his later re-emergence as a odd super lyricist on Bobbito’s Fondle Em’ Records—had come up on a beat CD from the West Coast impresario through a mutual friend of Stones Throw general manager Egon. A financially floundering label bought tickets to LA and what came next was history. 150k sold albums later (which financed the label office’s move to Highland Park) had people seeing this album as the perfect example of what the producer-rapper relationship could be when in rare form.

[Madvillainy was seen as] the perfect example of what the producer-rapper relationship could be when in rare form.

The four videos that accompanied the release of Madvillainy (“All Caps,” “Shadows of Tomorrow,” “Accordion,” and “Rhinestone Cowboy”) helped to visually bring the full persona of MF DOOM to materialization to many fans who only knew him as oddball who wore a stocking cap to the Lyricists Lounge. Whereas Madlib had previously been known as the regional star that he was, the Madvilliany project raised his profile to heights previously unheard of for the indie producer leading to later work with Snoop Dogg, Kanye West, and countless others. MED on His Collaborative Project with Blu and Madlib, BAD NEIGHBOR

Senay Kenfe
"We're going to do what we want to do—which is good music, man." Oxnard rapper Medaphoar aka MED on witnessing the maturation of his scene; his new project, "Bad Neighbor;" running an indie label, ... Senay Kenfe
"I almost feel like when I’m doing my art, that’s my way of being selfish with what inspires me." Stones Throw signee Guilty Simpson shares wise words in this illuminating interview.