We’re proud to present our second collaboration with Jim Davis’s iconic lasagna-loving cat, Garfield: The Hundreds X Garfield. The collaboration will be available exclusively at The Hundreds Los Angeles, select retailers (full stockist list at end of post!), and our US and UK Online Shops.

Illustrator Jim Davis debuted the first Garfield comic strip in June of 1978, featuring a sarcastic fat cat and its clumsy, kindhearted owner Jon Arbuckle. It quickly became the fastest growing comic strip ever, today holding the Guiness World Record of “The Most Widely Syndicated Comic Strip in the World.” Garfield proved so successful that Davis created Paws, Inc., in 1981 to manage its worldwide rights, and the orange tabby soon appeared in television cartoons, movies, video games, and across a wide assortment of merchandise. This year, the enduring cat celebrates its 40th year.

“Garfield taught me how to draw cartoons and I swore that one day I’d make a living off of my art the way Jim Davis did.” -The Hundreds’ co-founder Bobby Kim. 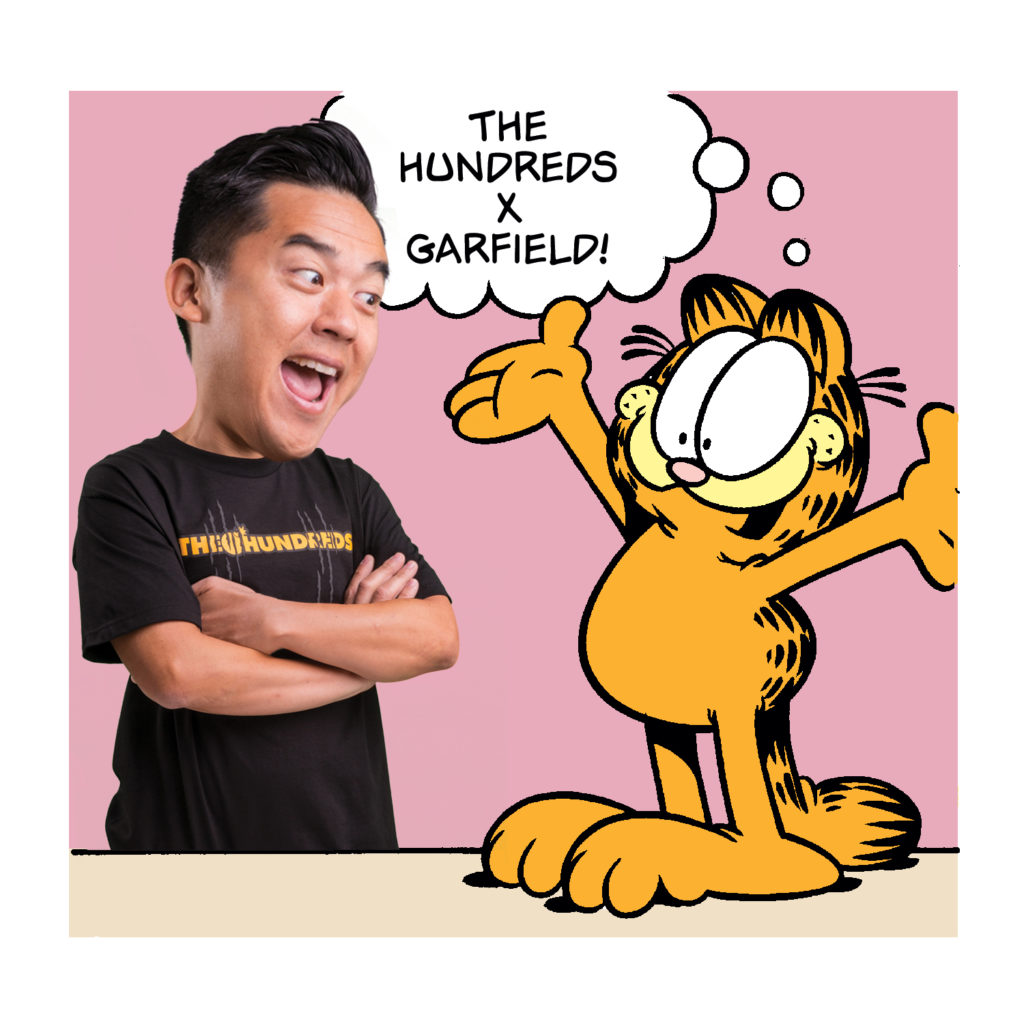 In 2010, The Hundreds and Garfield partnered for the first time in a milestone collaboration. Eight years later, Garfield returns now in celebration of The Hundreds’ 15-year Anniversary. This time, we drew inspiration from our original collaboration, as well as the ‘90s rendition of Garfield and friends. The collection features T-shirts, hoodies, an embroidered denim jacket, an allover print pajama set, headwear, a trash can, coaster set, plush toy, stickers, and pins.

“Basically Bobby had the idea to put the The Hundreds home team IN the garfield comics. Robb [Klassen] set up a green screen and a few props and asked everyone to act our their parts. I went in and photoshopped everyone in and exaggerated different parts of the body like, head, hands and feet. It was really fun to see my co-workers all ‘cartooned’ out and I had a lot of laughs through out the whole process.” -Phil Lumbang, Graphic Designer 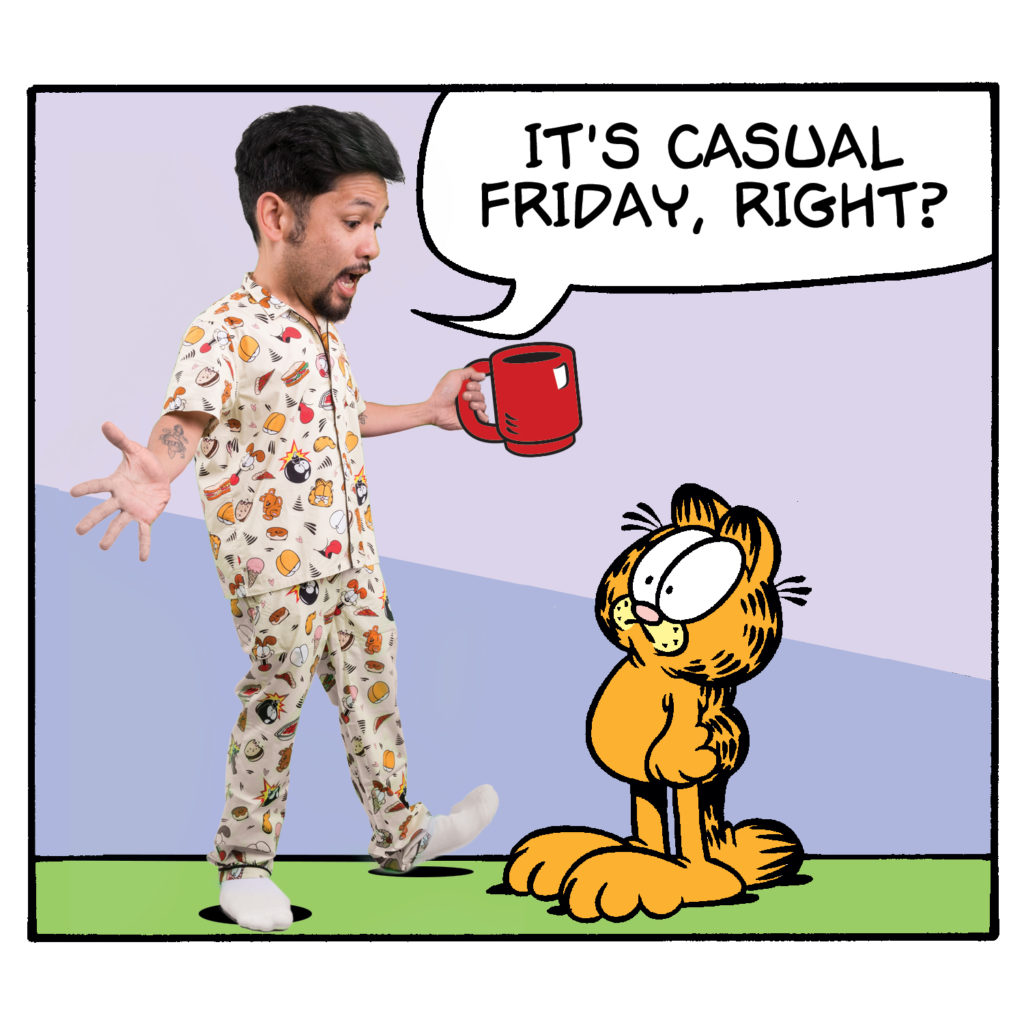 Devin O’Neill
One day my quiet little world was disrupted by an unearthly voice, and a crack opened up into the great and yawning beyond—and it was all Garfield’s fault.