The Hundreds Bowling :: Knockin' Em Down

Last month, all of us in the office were hit with an email from Nate with only these words:

MEANING the 9th annual Spare Room Bowling Club has returned(!) and we’re all about ready to throw down some pins. Spare Room is a two-lane bowling alley connected to a cocktail lounge upstairs at The Roosevelt Hotel in Hollywood where you can get “quite possibly the best Moscow Mule ever” (literally listed like this on their menu) while sinking battleships or slaying a game of domino.

Our resident photographer/editor Scali shot all the photos below on film during the past two weeks of games. Catch us over the next couple Mondays at Spare Room as we imbibe happy-drinks and thrust ten pound balls down greasy surfaces.

Scali likes to take photos of weird illuminati shit. It’s like, bro, just get a regular picture. But, NO! All he ever does is take artsy ass photos that make me feel like the Instagram photos of my cat, Sherlock, chilling spread eagle aren’t really as cool as I thought they were. FALL BACK! 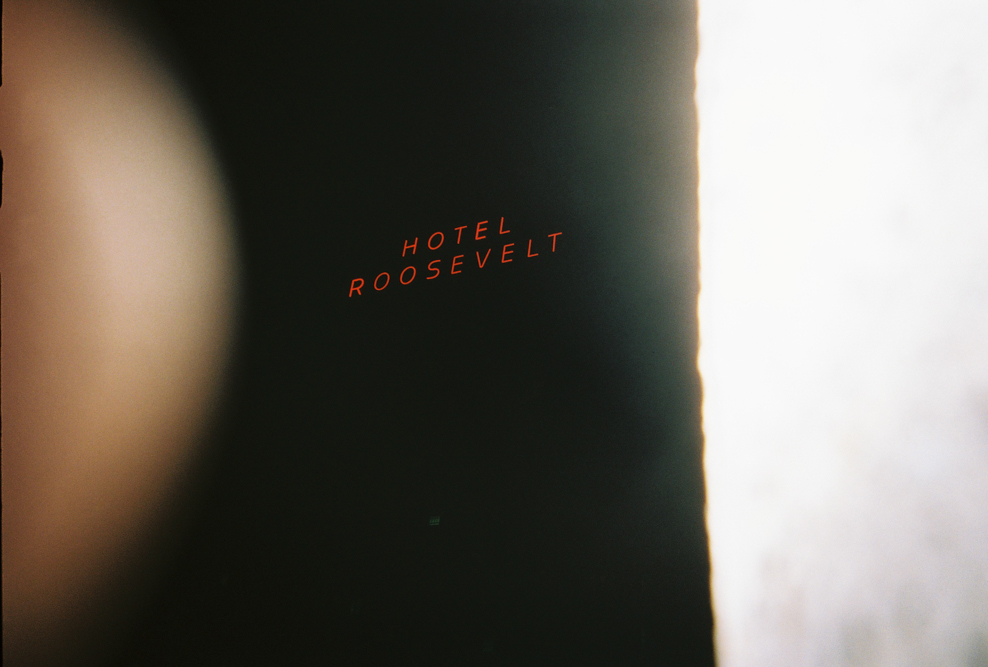 Katie didn’t get the memo from the cool-shirt crew. Scali and Nate are tribal warriors displaying their canines to deter predators. 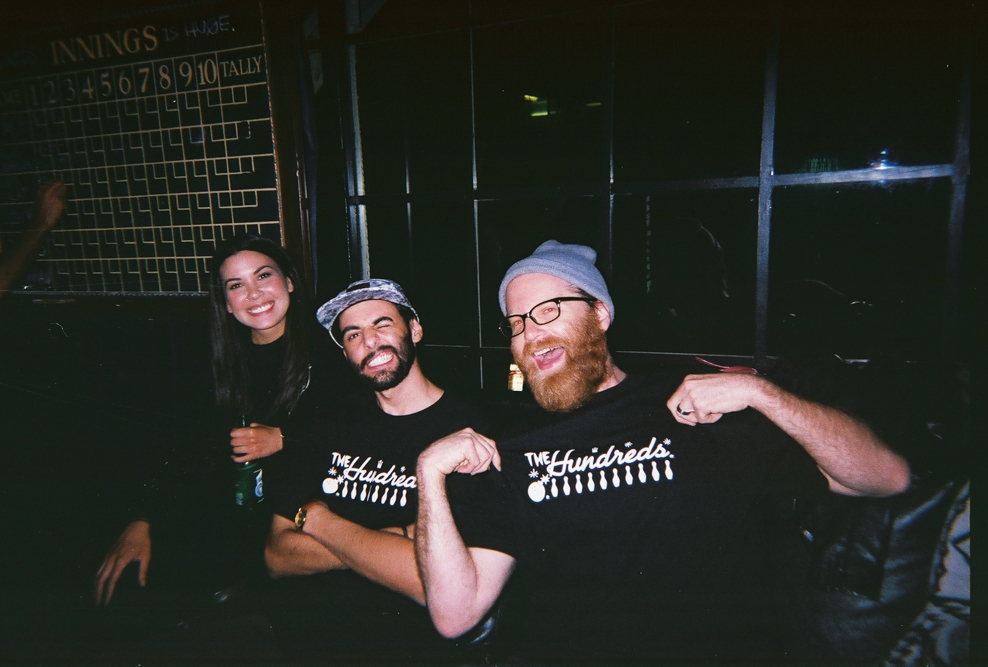 Scali knocked a few down before knocking them down, and got this photo in the interim. 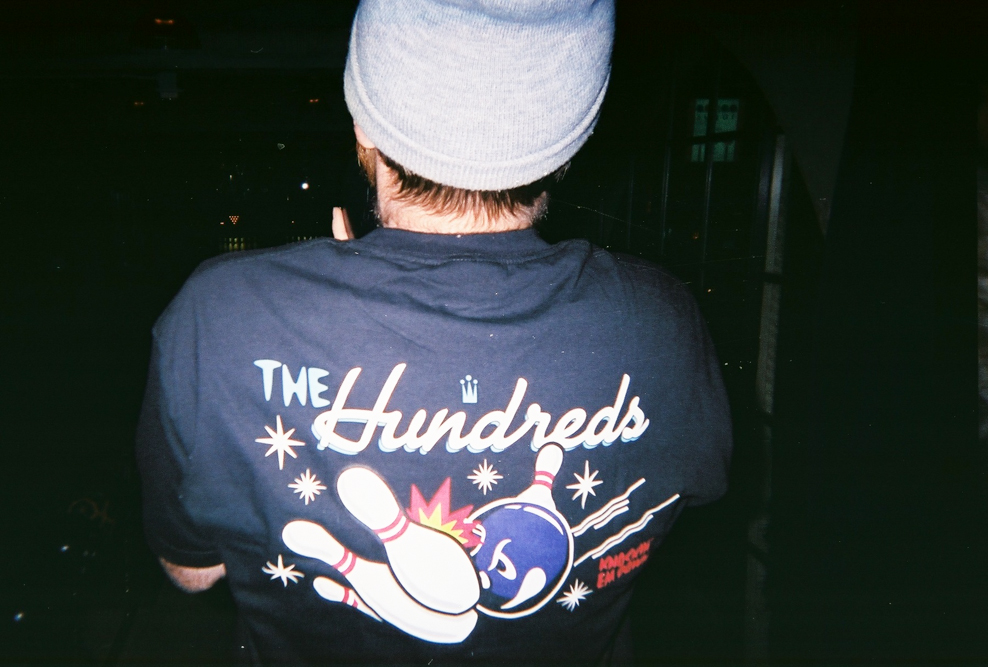 The Hundreds’ bowling team tries to get all tumblr-y. Hey, red shoe guy, you’re f*%king up. 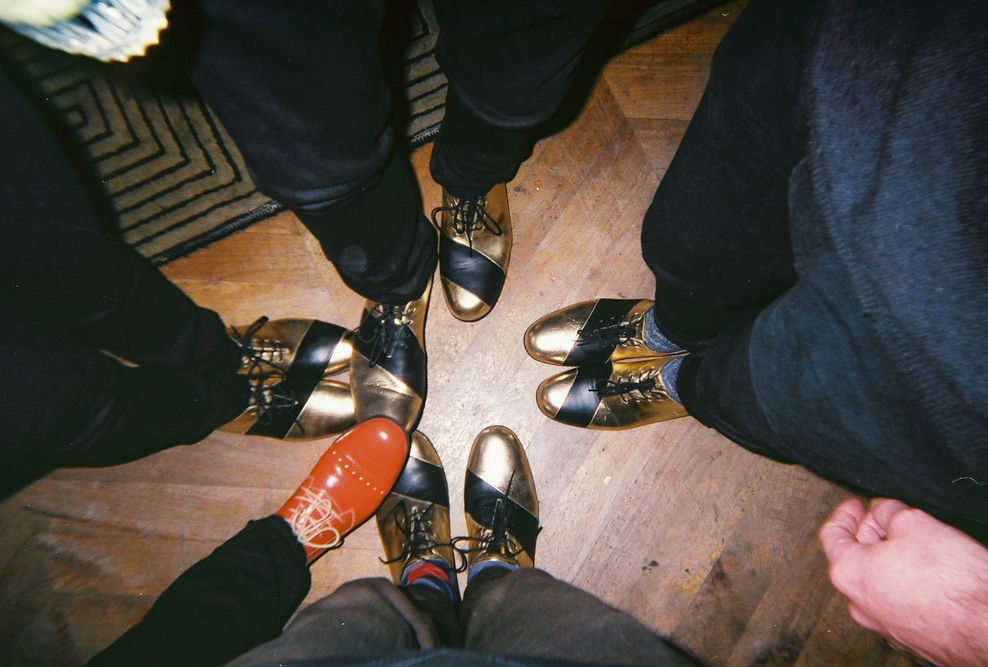 Nate is known for his powers with the Wacom tablet, but little known fact: he is telekinetic, which is how he keeps his beard perfectly coiffed at all times. 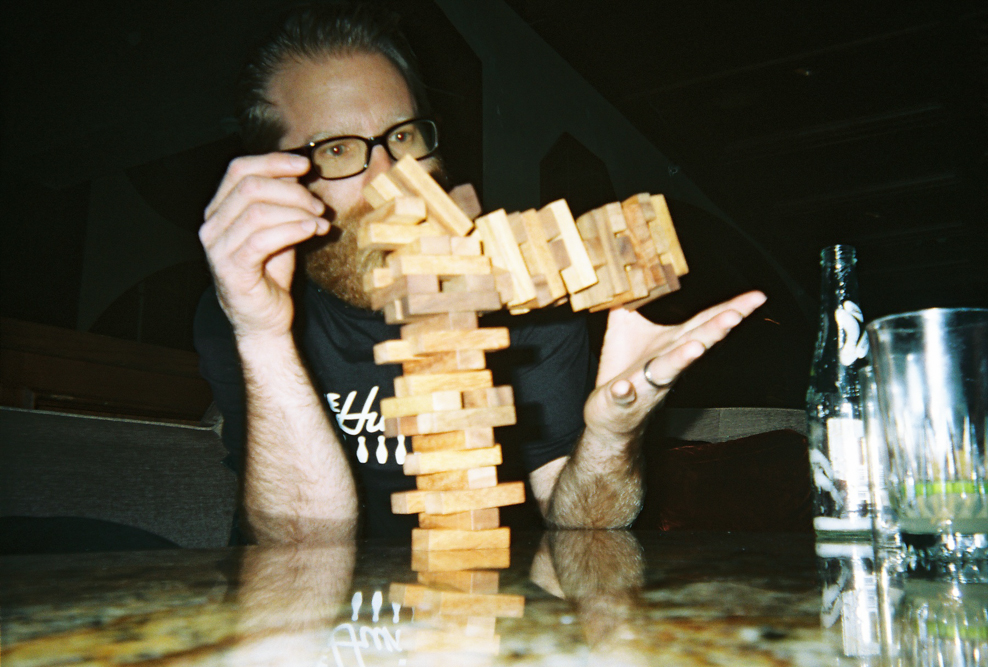 He also has the ability to pierce your soul with his sharp stare. Carl tried to pose, but caught a case of the Mark Wahlbergs. Scali could be your dad. No, seriously, the ’90s were nuts. Get that shit checked. 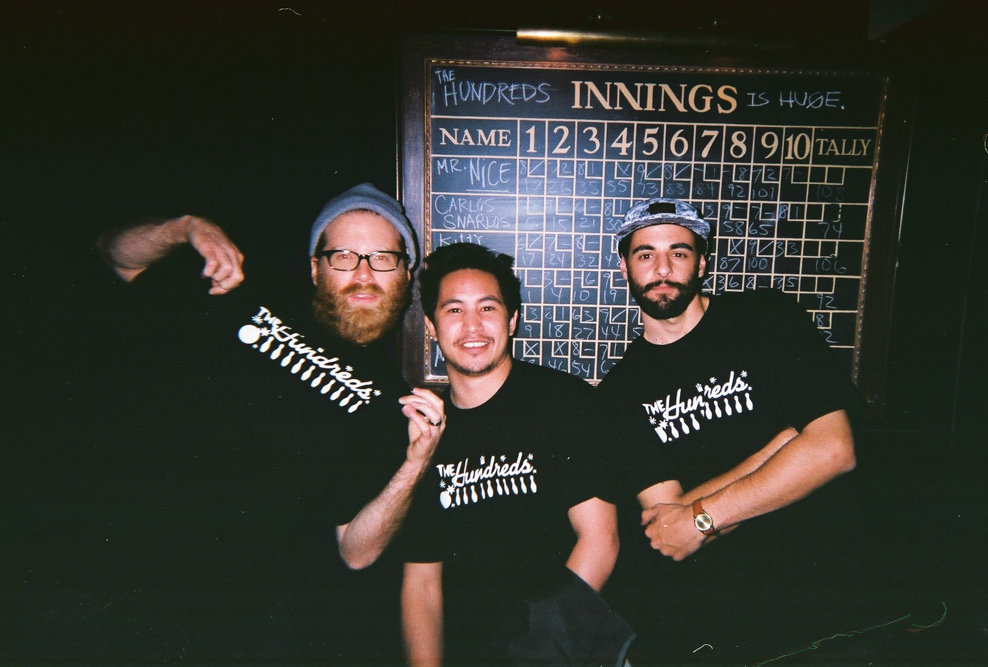 She may seem scary, but she actually is. 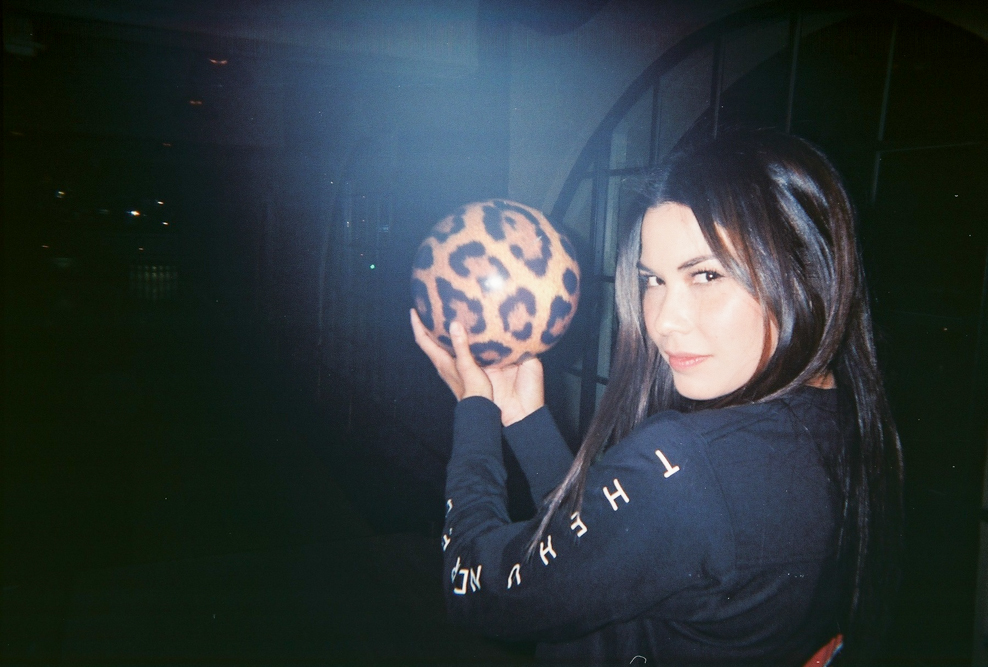 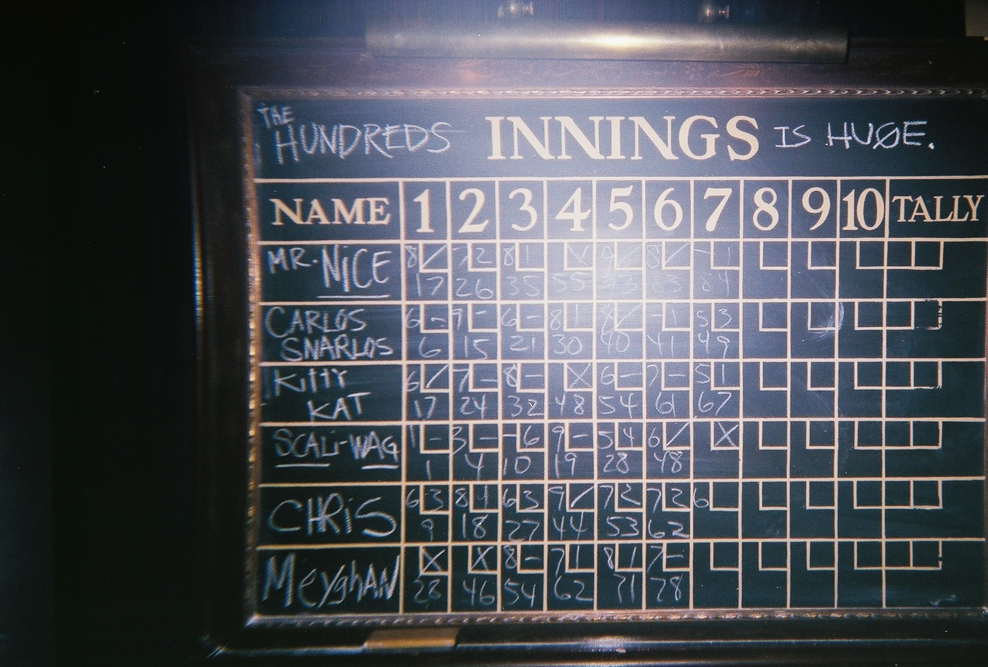 Contrary to popular belief, they weren’t actually celebrating anything bowling-related. Nate was channeling his telekinesis into the opponent. 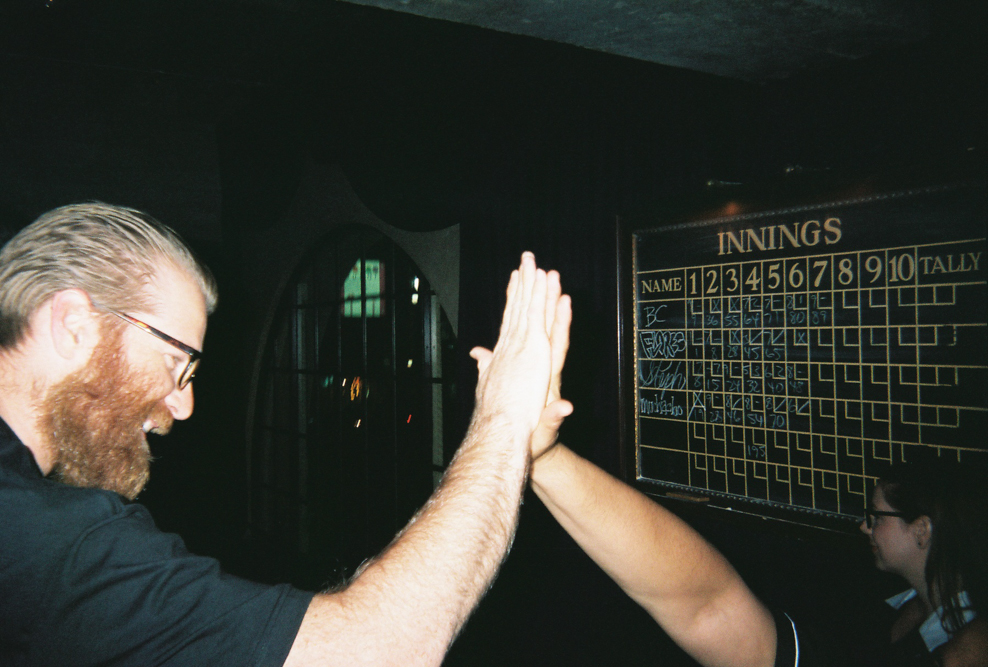 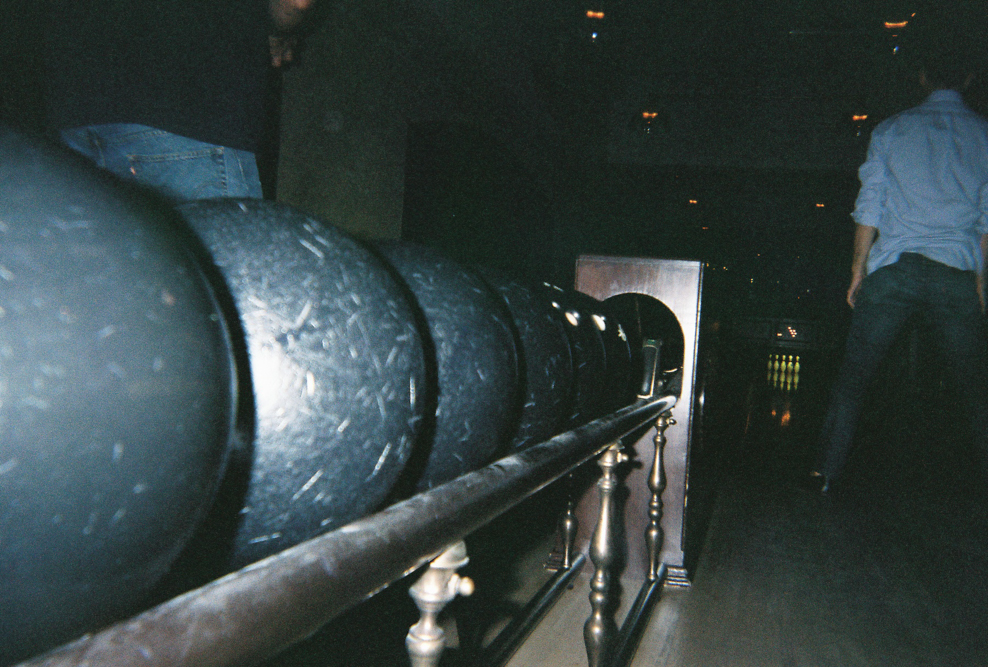 The Hundreds Bowling Team Deathsquad enjoys the $13.95 champagne of beers. 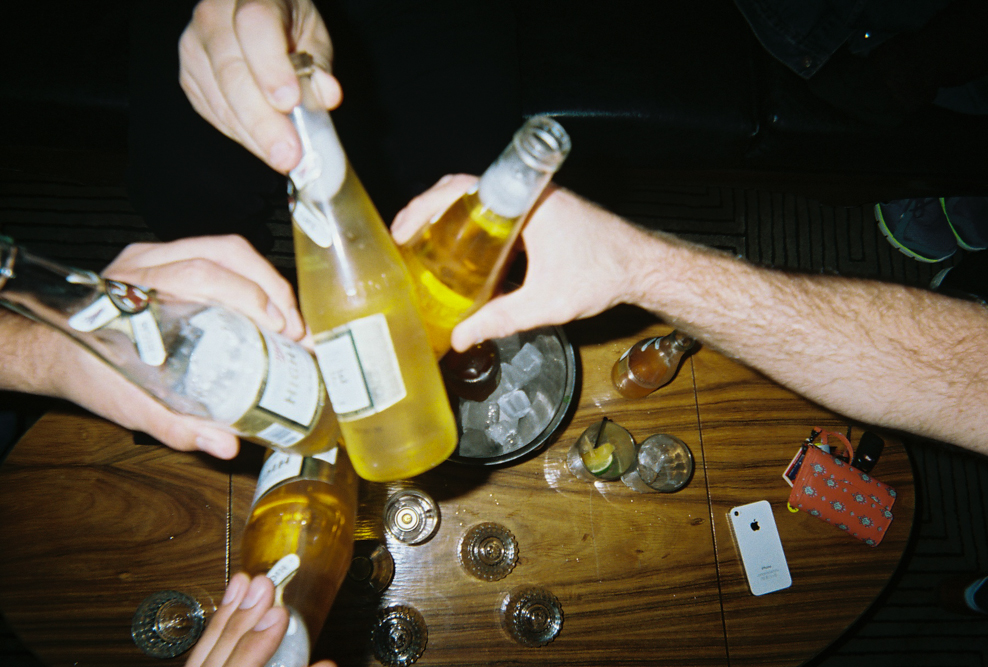 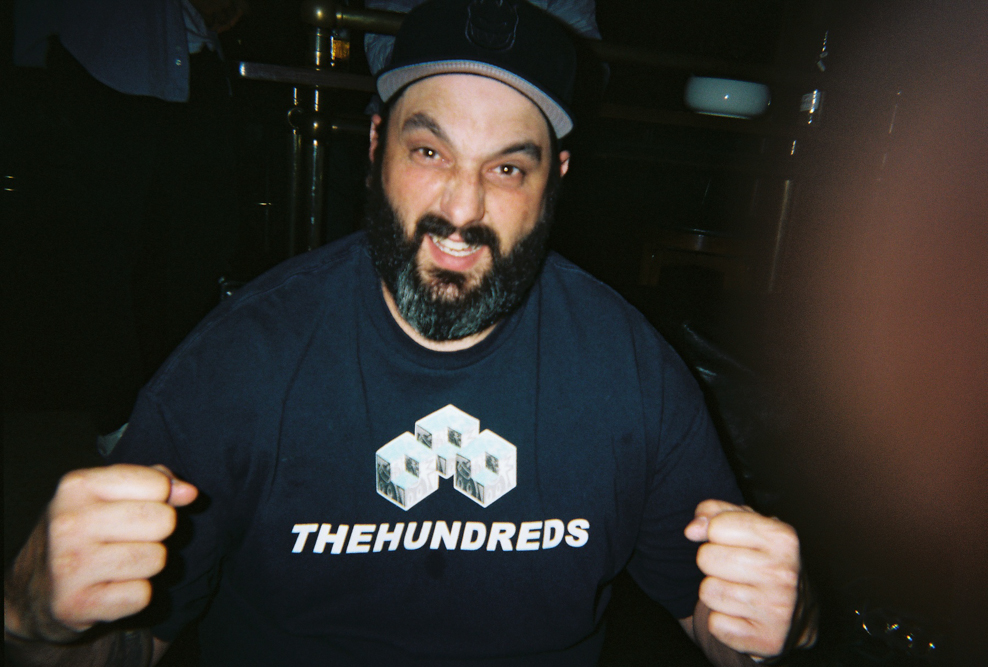 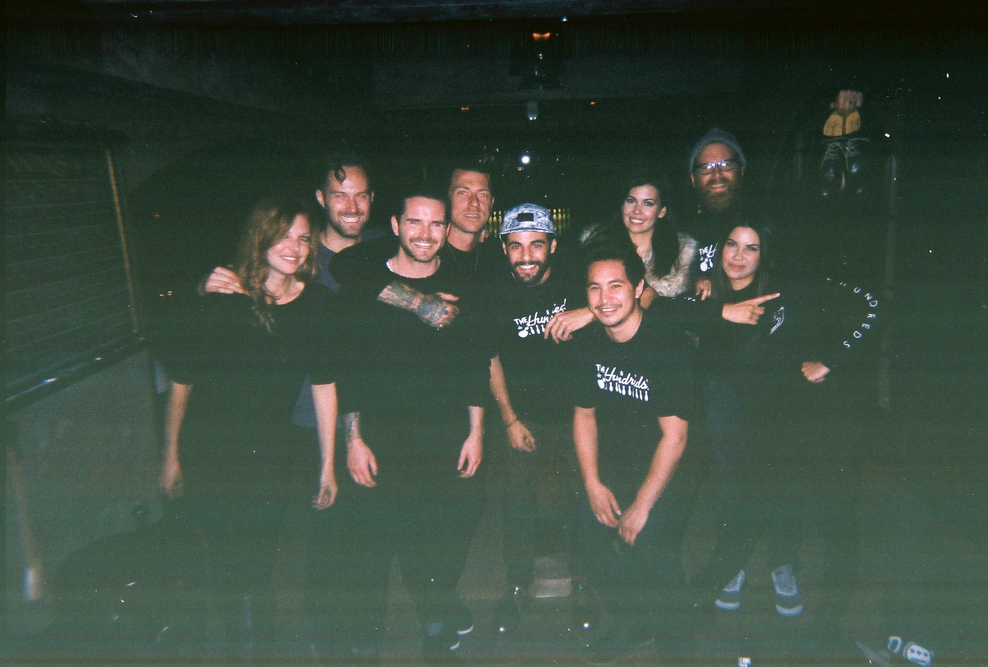 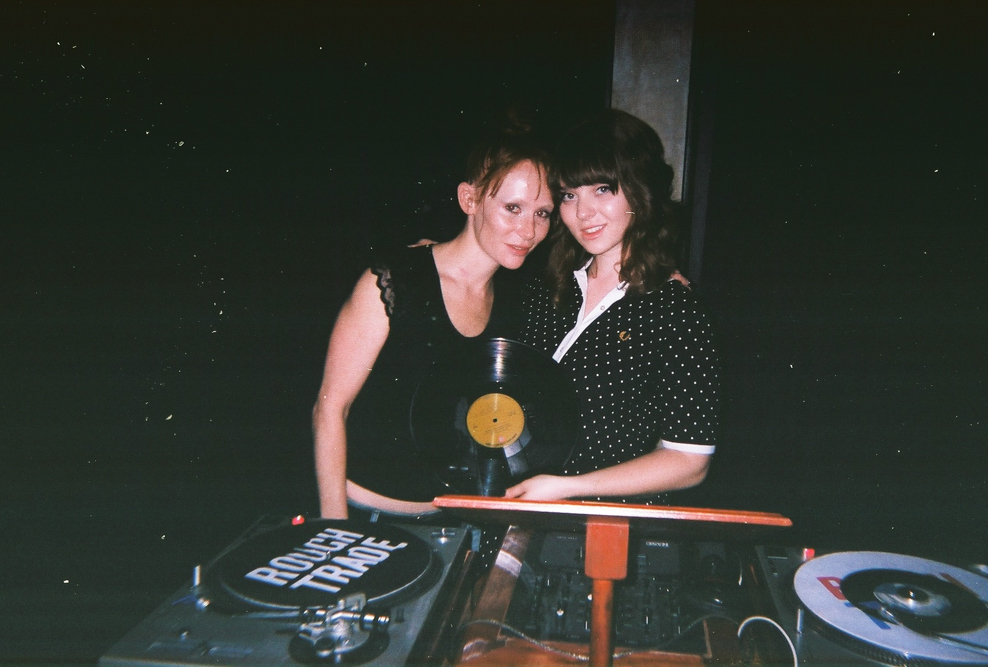 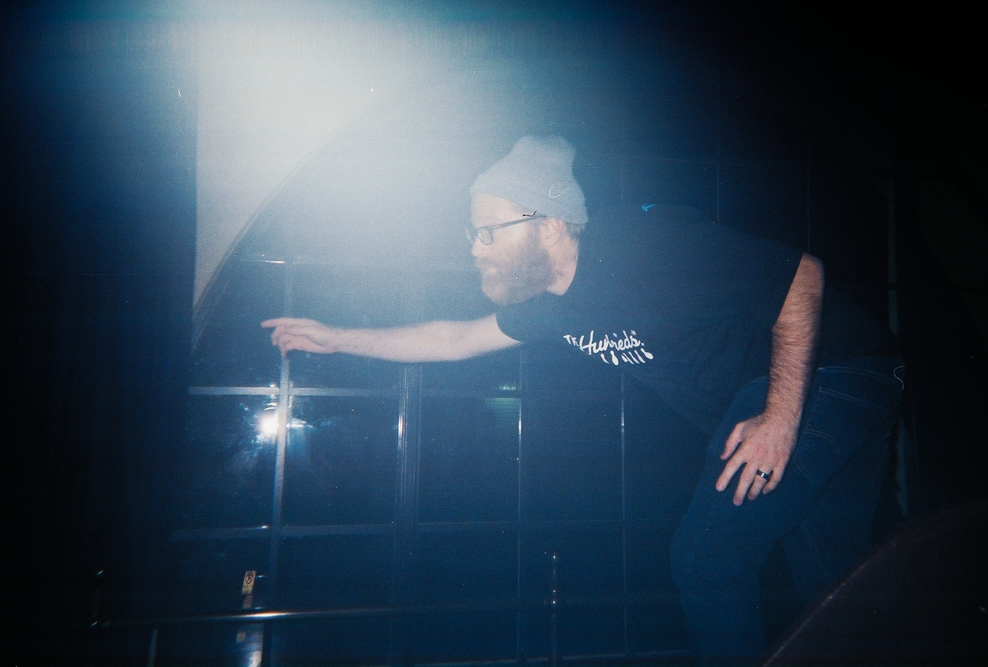 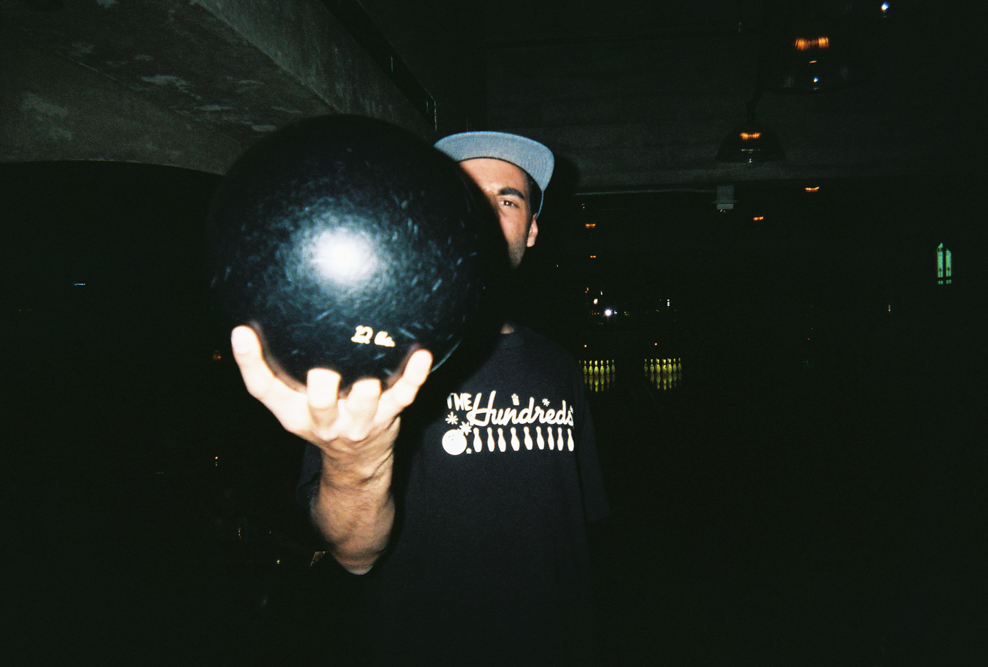 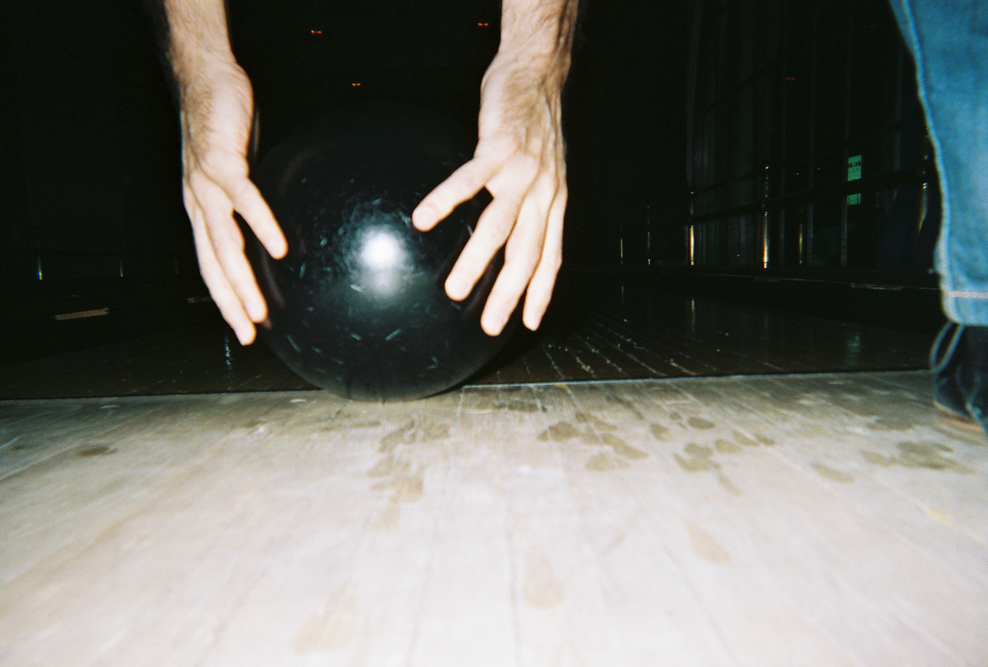 It was a night of painful grins and gainful spins. 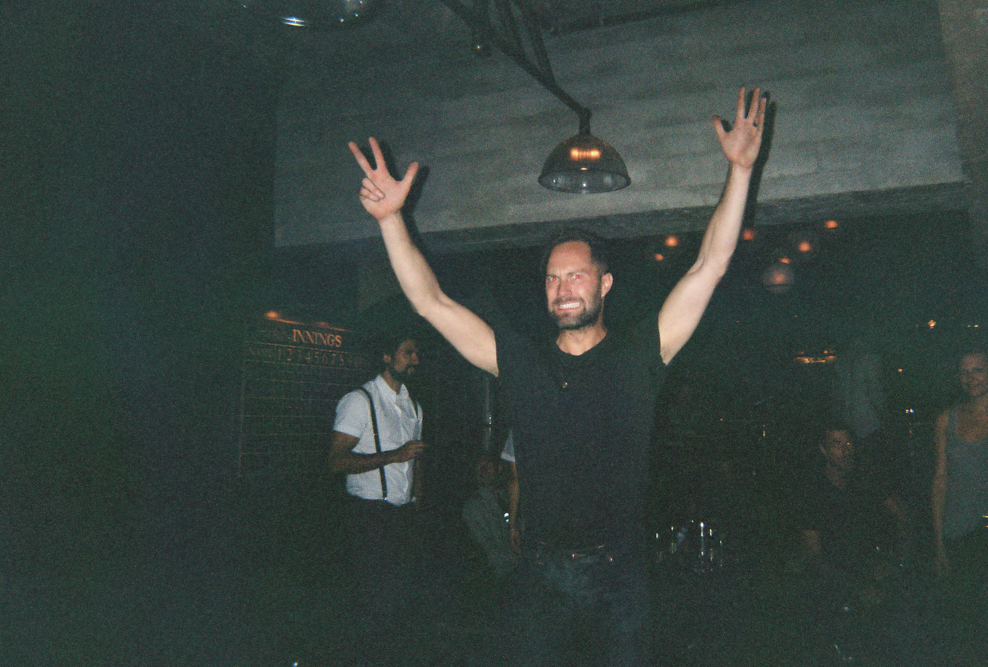 This dude may look like the nicest guy on Earth, but he’s actually a really nice guy. 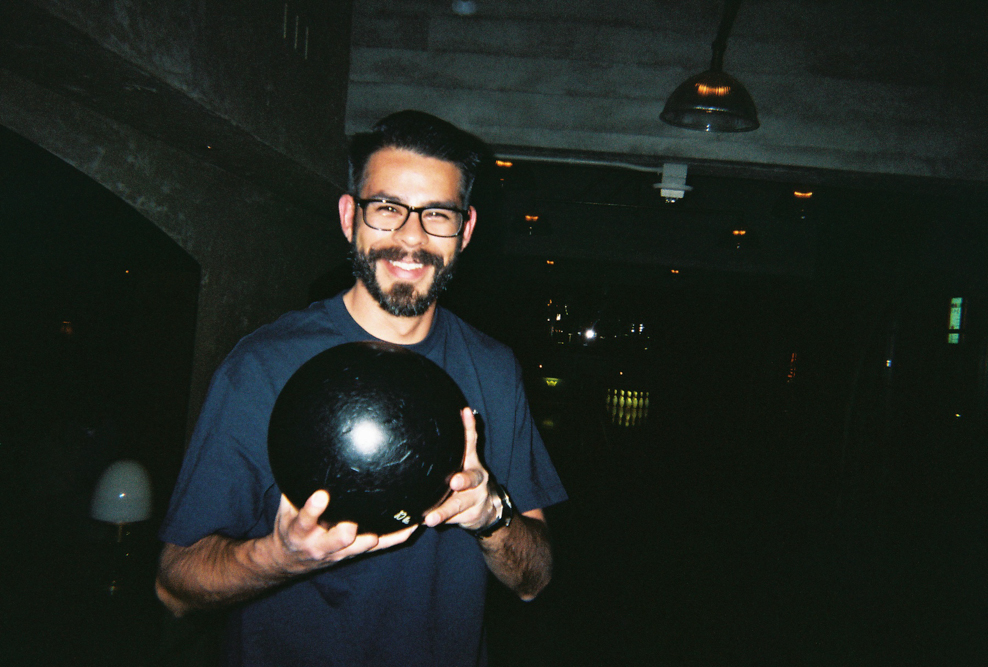 Protecting you from malignant foot funk since 1980. 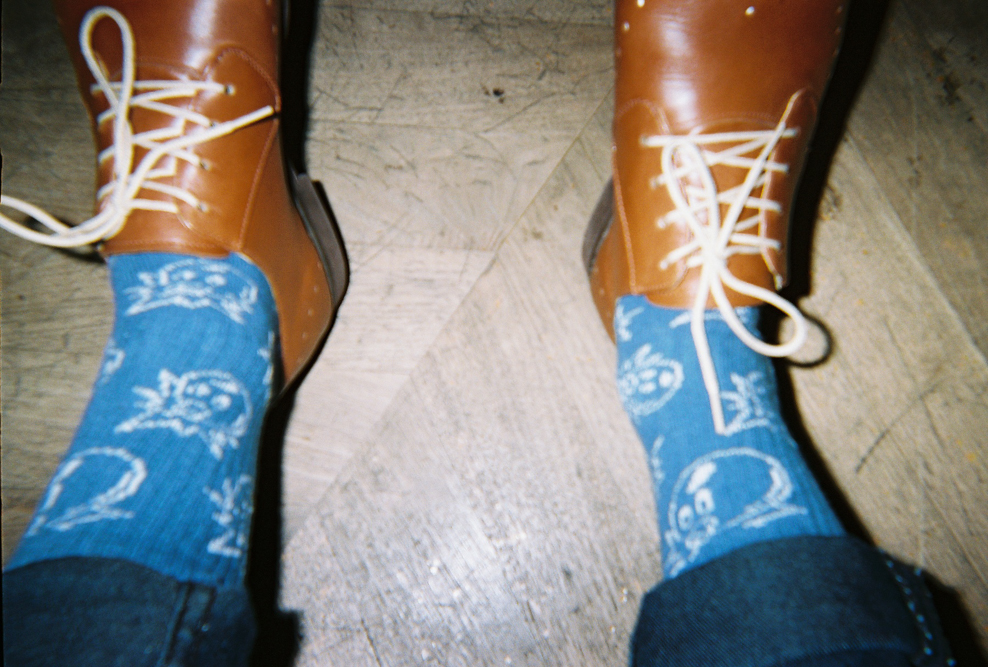 Scali is always bragging about his ability to take selfies while handling balls. I keep trying to tell him that careers are made this way. 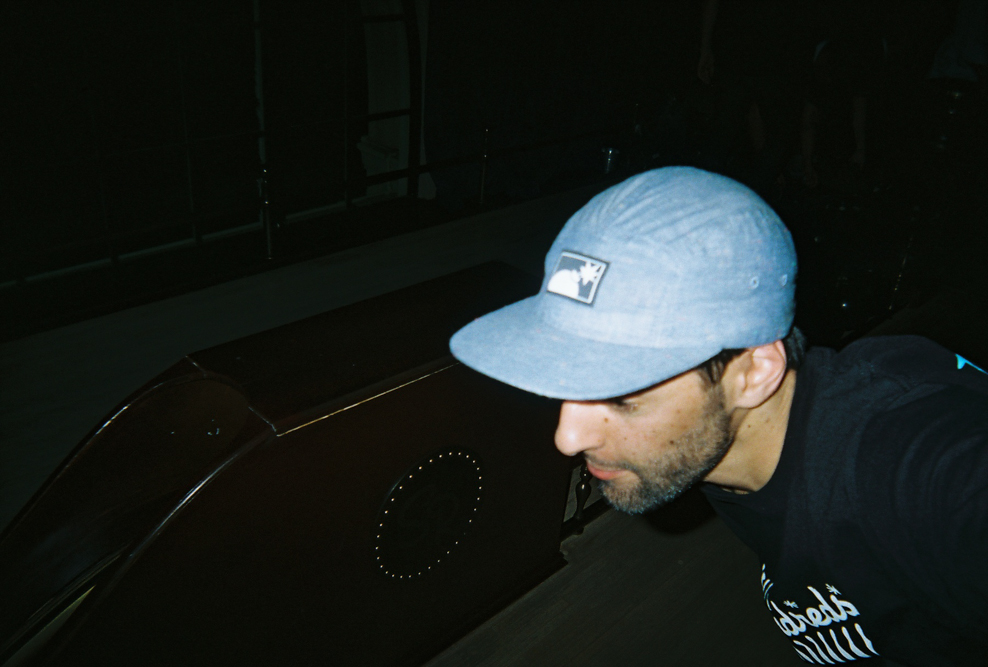 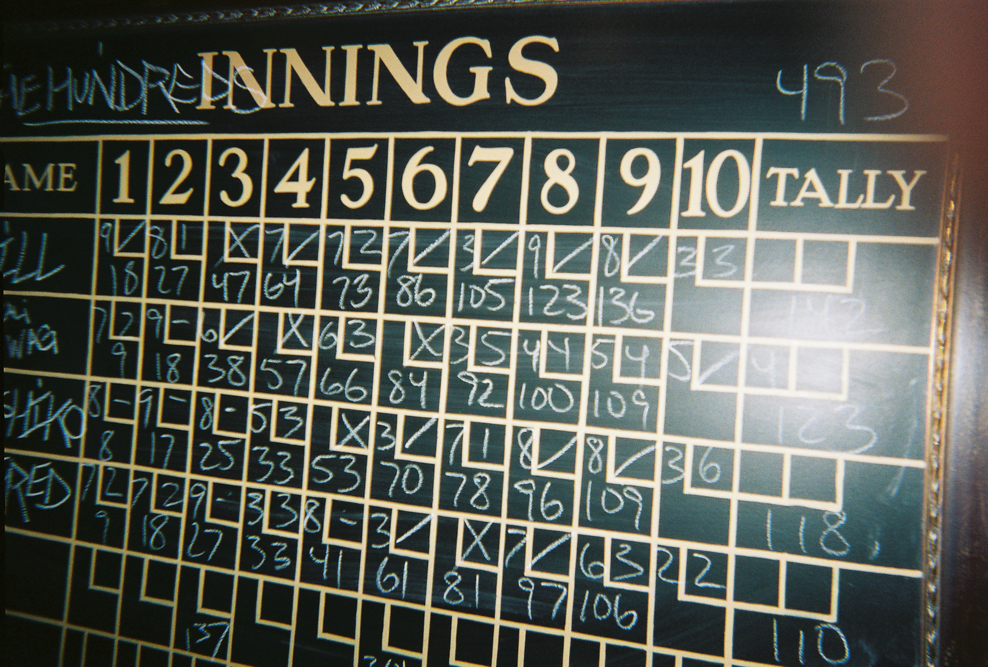 The aboriginal Scali-wag is caught in a natural bonding ritual with his tribesmen. 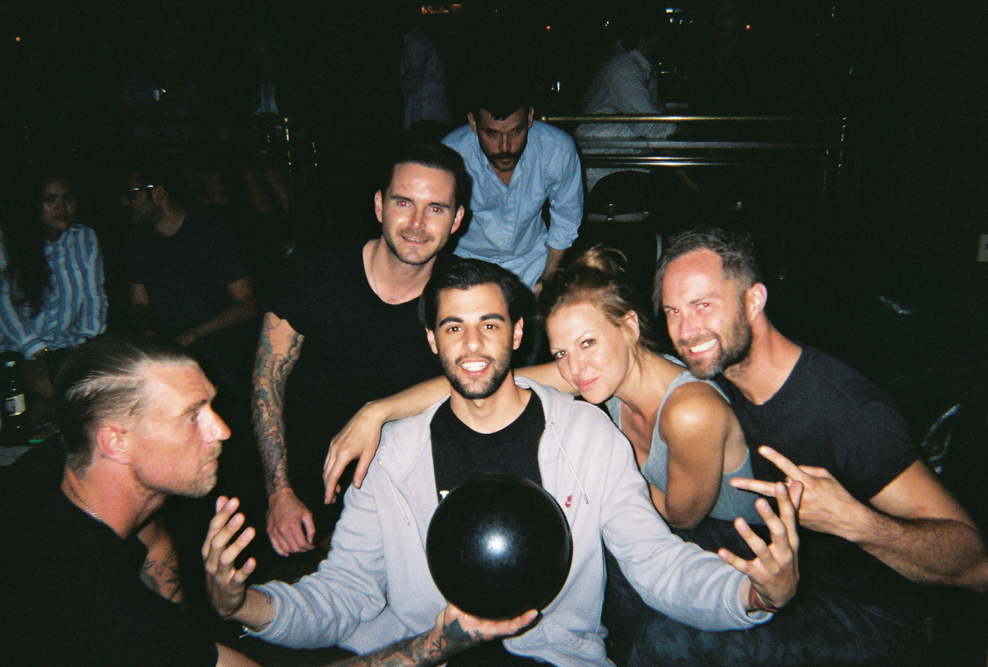