Editor’s note: It’s Throwback Thursday, so we’re revisiting an editorial favorite: Maarten’s ode to the Air Max BW and the Gabber subculture of the Netherlands who embraced it, published last year on March 26, 2015. At the time of publishing, the Air Max BW was still the bastard son of the Air Max family. One year later, its finally making a comeback in 2016, according to this Hypebeast feature.

The Air Max BW, AKA, the Air Max IV, AKA, the Air Max Classic. The sneaker was launched in 1991, and featured a bigger Air window than its three predecessors. Hence the BW part of the name, Big Window. Unlike other Air Max models, it never grew into a full-blown classic. Even Nike doesn’t really seem to respect the BW’s place in history. In the brand’s epic History of Air celebration, 2005’s Powerwall collection, the BW was replaced by the Air Max 180, a shoe that’s technically not even an Air Max (it debuted as the Air 180, the word Max wasn’t mentioned on the shoe or box). And even in Nike’s current Air Max Day campaign, the BW is nowhere to be seen. Sneaker culture never cared much for the BW either. The only colorways that manage to turn a few heads are the Stash and Size? collaborations, the two original Persian colorways, and the Paris Saint Germain edition.

But one nation really took to the BW: The Netherlands. The BW was released right at the dawn of a brand new, unique subculture that was about to sweep the nation and dominate most of the ’90s. Gabber. Like most youth subcultures, it was built on a solid foundation of music – in this case, hardcore. Not the punk hardcore from the late ’70s, early ’80s, but an electronic version that evolved out of house music. The music is known for its high BPM (180-220 is the norm) and its distinct ‘kick,’ which was mostly produced by distorting the shit out of a Roland TR-909 bass drum. Vocals were pretty much nonexistent, but often, vocal samples from movies, TV shows or hip-hop records were used. Fans of the genre called themselves “Gabbers,” which is originally a yiddish word meaning friend or buddy. Although the music was quite violent, the gigantic raves (often attracting tens of thousands of people) were quite friendly affairs. Even though the crowds were huge and filled with people from all over the country, all party goers saw each other as friends, family, kindred spirits. Although the amount of ecstasy used at hardcore raves probably contributed to that as well.

1995 documentary on Gabbers, click the CC button for English subtitles.

The music brought the people together, but it’s not a full-blown subculture until there’s a shared sense of style. Gabber culture fused style influences from old school hip-hop and British skinhead culture. Shaved heads, black bomber jackets, colorful track suits (mainly by Italian high end tennis brand Australian) and Nike Air Max sneakers. It wasn’t just about style though, function was just as important. If you’re doing high energy dancing for 8-10 hours a night, you’re going to sweat. A lot. So comfortable clothes and sneakers are a must. And it’s easier to wick sweat from a bald head than from a head filled with hair. At the time, the Air Max BW was one of the most comfortable shoes available. Even though it was slightly bulkier than other runners, its look worked quite well when worn underneath loose fitting track suits. 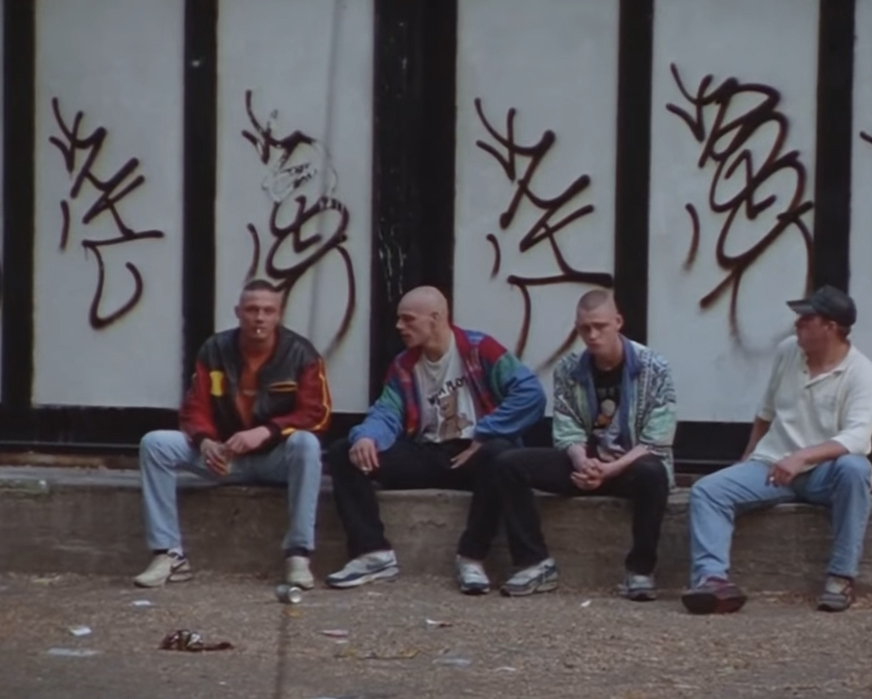 Gabber slowly gained more mainstream appeal throughout the ’90s, and its followers were starting to dominate street style. Although the culture showed some love to the Air Max 90 and Air Max 95, the BW has been a mainstay for Gabbers throughout the years. There were some small fads regarding the sneakers, like lacing techniques (no knot, lacetips tucked into the shoe) and the strange trend of bursting Air bubbles. The popularity of the shoe in the Gabber community did not exactly do wonders for the BW’s image outside of the Gabber realm. Although the subculture was huge, Gabbers were mostly viewed in a negative light. The music, the drug use, the weird dance moves, and the out of the normal style all made Gabbers easy targets. People viewed them as unintelligent, aggressive, and borderline junkies who were unable to contribute to society during the week. 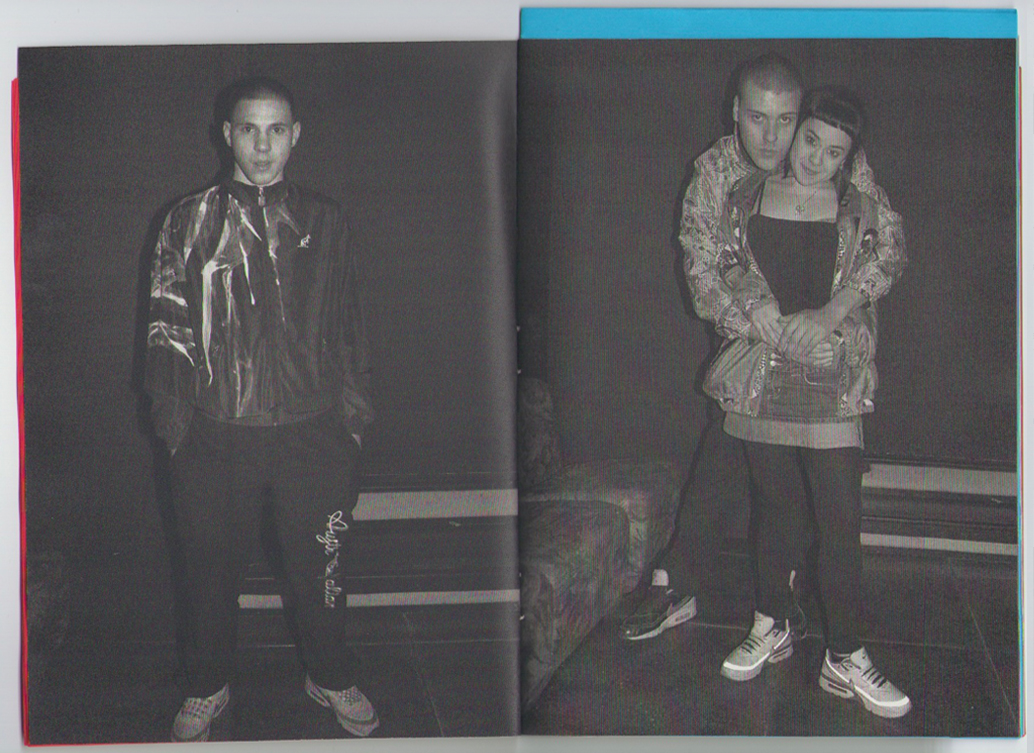 Source: ”Gabber, in the name of love ” part 1 via Tumblr.

And then, there were the accusations of racism and nazi sympathy. Much like the British skinhead movement, certain organizations infiltrated the predominantly white scene and found an audience for their hate speech. It was overblown – while there were racist fans and records, it was only a small part of a gigantic scene. The second rise of the Gabber culture in the early 2000s had more extreme right wing tendencies, along with a new uniform directly copied from right wing skinhead culture. As a dominant subculture, Gabber died out in the late ’90s. Sports stores used to have rows of BWs on their shoe wall, but it quickly became a tough task to find a shop that still stocked the shoe. Air Maxes got a bad reputation. Any Air Max was seen as a Gabber shoe. Wearing Air Maxes to a club wasn’t going to happen, not a single door man would let you in. Nike as a brand was still cool, but too many Air Maxes were a big no-no. Gabber went back where it came from, underground, but still has a loyal following. They dropped the old uniform though, so they aren’t as visible as back in the day. 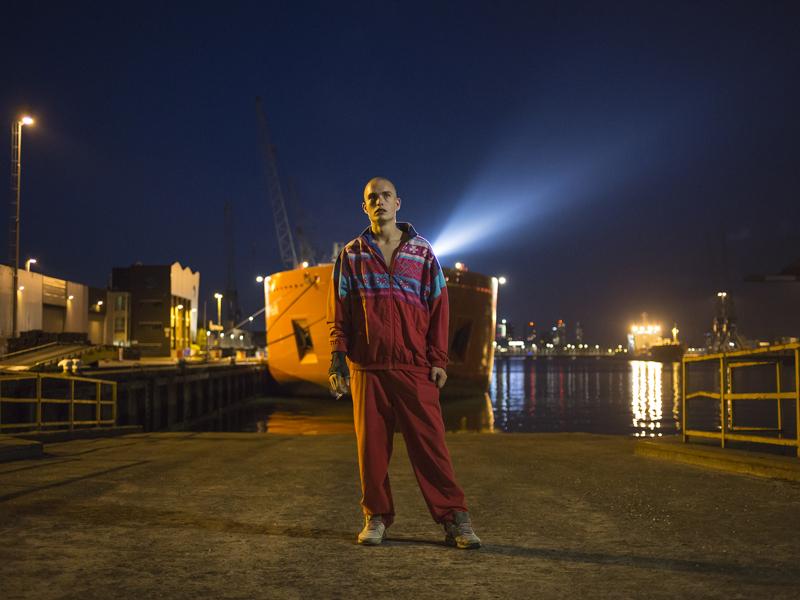 The Air Max eventually found its way back to the mainstream through sneaker culture, which caused the Air Max 1 and Air Max 90 to once again dominate the Dutch streets for a few years during the mid-2000s. The BW, however, never made a comeback. Certain speciality stores, who cater to Gabbers, still have a few colorways in stock. And when the Persian retros dropped a few years ago, they were available at a few selected sneaker stores, but that was it for the model. And while Gabber fashion has seen a minor comeback thanks to Patta, Raf Simons, and Tom Nijhuis, the BW is still waiting for its comeback, which may never come. Truthfully, it’s hard to see the BW in the current, preferred style of fashion that includes cuffed (jogger) pants and slim fit denim. But since fashion tends to go in circles, and baggy is slowly coming back in style, we might see the fallen star of the Air Max firmament resurface sooner than you think… 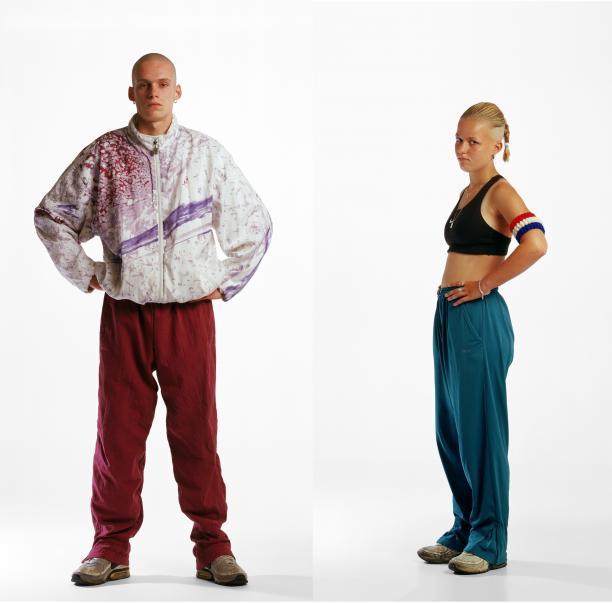 Alec Banks
Last June, we chronicled the rise and fall of hip-hop's quintessential '90s brand, "for us, by us," aka FUBU, for a hard-earned story of business and branding. Alec Banks
In this #TBT, Alec Banks chronicles the sudden rise and fall of the '90s brand Mossimo to see how it went from being Stussy's competitor to what it is today.
HIDE COMMENTS