Every Wednesday, Todd, Editorial Assistant and resident film geek at The Hundreds, lets us know exactly what to watch, feel, and eat for our miserable hump day night in with “Shut Up & Watch.” So shut up, because tonight, we’re gonna watch fuckin’  TERMINATOR 2: JUDGMENT DAY.

It’s Wednesday night. You just realized your socks are used enough to shatter, you’ve got one day left of usable underwear, and you have no video games left to pretend you’ve never played. What’s your move? You scrape together whatever energy you haven’t used on unsuccessfully diddling yourself and avoid life a little longer with a movie. What movie? It’s close enough to Valentine’s Day for your urge to see something die to start rearing its head. But today’s action movies have too much CGI to get your manhood off in the way you need it to get off. This is where I come in. Let’s go back to a magical time, where if a director wanted a helicopter to chase a truck and then explode, he really had to buy that helicopter, film it chase a truck, and actually blow it the hell up – the ’90s. Where to start? Terminator 2: Judgment Day. Why? I’m sorry, let me say again – Terminator 2: Fucking Judgment Day. So sit down, lean back, shut up, and eyes forward – it’s time to watch a movie that needs no reason to be seen.

The Reason:
While you may be too old to pretend you’re definitely John Connor anymore, it’s not too late to start preparing for Terminator: Genisys, headed our way July. Why Terminator 2? Honestly, because The Terminator‘s budget was $94 million less than 2, Terminator 3: Rise of the Machines is 2003 so that ’90s magic just begins to disappear, and Terminator Salvation is actually a myth and never happened. Here, let me briefly walk you through the opening because that’s literally all the motivation you need:

We start with wide shots of a once-contemporary Los Angeles; bustling with life. Children play on a playground instead of on phones. The movie slows and then bam, explosion! Now our lively city is replaced with rubble and ash. What about the children? Nothing but lifeless bones now. The year is 2029. As we pan across this wasteland, what do we hear? The quivering voice of Sarah Connor quietly telling us what happened. She finishes by saying we have a new enemy, “the machines” at the exact moment we see our first glimpse of a robot – shattering a skull under his feet. At this point, you should be at full mast, ready to go, and James Cameron knows. So we get a quick, but not lacking, fucking epic sci-fi battle that crescendos into seeing the title “Terminator 2: Judgment Day” constructed of metal and surrounded by a massive flame that engulf the screen as our ears are graced, for the first time, by those repetitive, unforgettable Terminator drums. It begins. There’s your god damn reason. Watch Terminator 2. 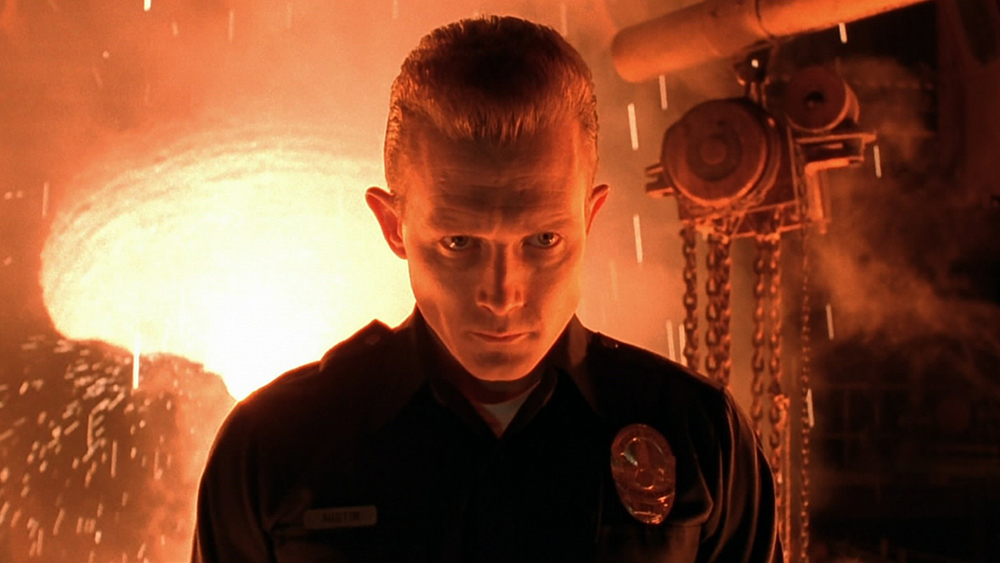 This is a franchise, so in reality, you should own the entire collection on Blu Ray and stand it next to your Rambo collection before you even consider watching. Also, the original The Terminator should have been seen within the last month before you pop this sucker in, watching movies out of order is as unnatural as trimming your wobbly bits right before you do your face. But this is the Terminator we’re talking about, if any movie deserves IMAX mode, it’s this. I mean, IMAX literally stands for Image Maximum; enough said. So you’re going to pry your skin off the leather couch long enough to push it at least three feet close. This is a double win because getting up to move will also give the shroud of gas forming between you and the cushion time to dissipate. Now, Netflix has some pretty horrendous sound most of the time, so I’m not going to recommend turning it up more than 3 notches more than you’re used to because basses exploding just don’t sound good. But you bet your ass you’re turning it up 3 notches past your comfort number. Because fuck the neighbors, this is Terminator, they should just join you. 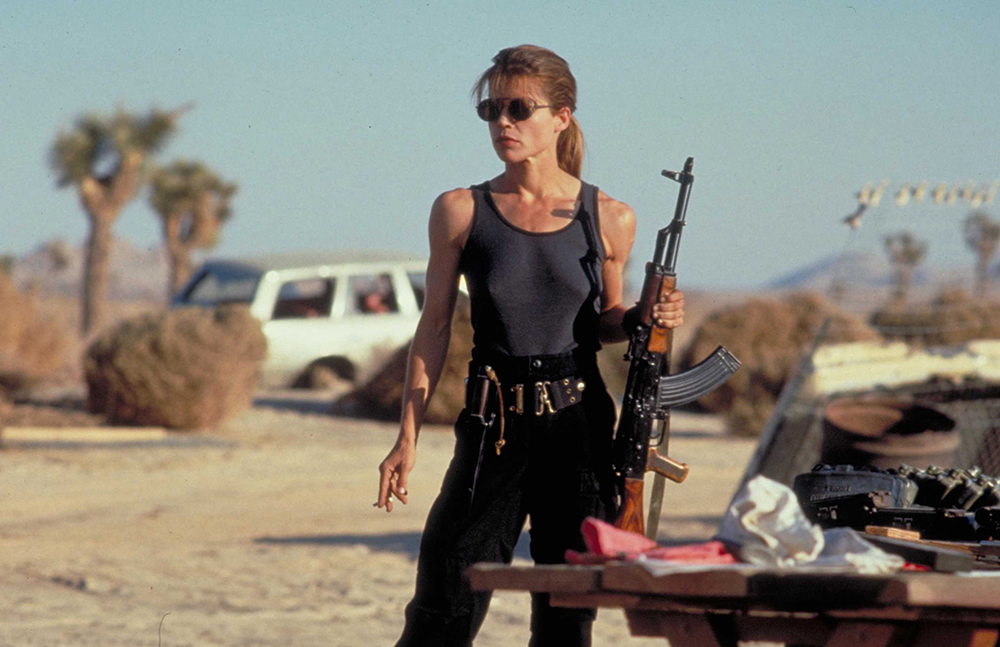 What to Eat:
If you’re watching Terminator 2, then everything around you, in you, and on you should feel like it just took 6 double shots of testosterone before injecting itself with a bit of Jason Statham’s beard hair. So you’re going to take this way too far. That’s right, for Terminator 2 you’re going to literally catch a wild pig, kill it using nothing but your bare fists, stick that on a stick, build a fire, and make some spit-roasted pork. However, if you don’t have the stomach to go out and murder an innocent animal in the name of Arnold Schwarzenegger, then just turn off the movie. Or you can inhale your own body weight in beer and bacon. The choice is yours, but I certainly know what I’m doing. Also not sure why I have such a personal vendetta against pigs. 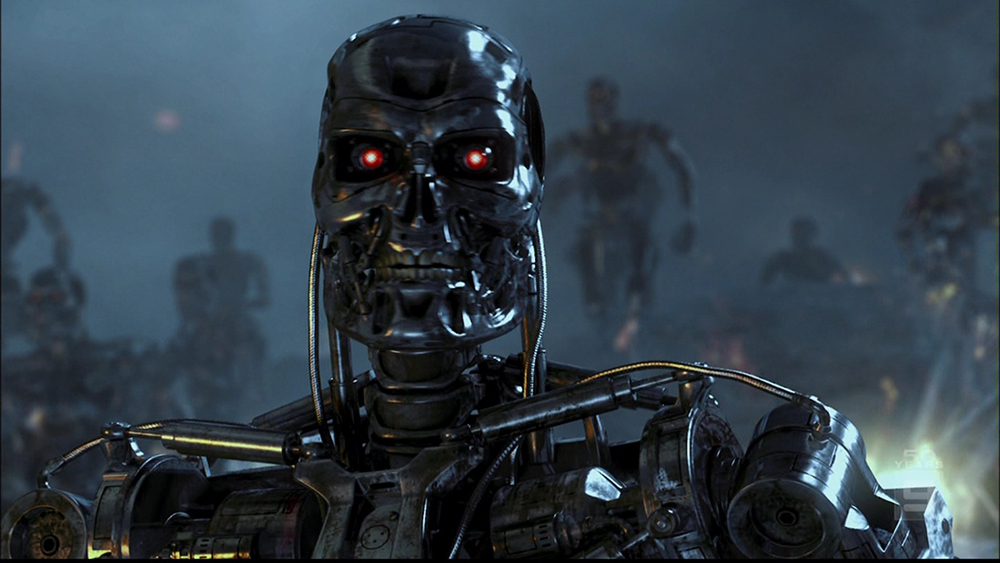 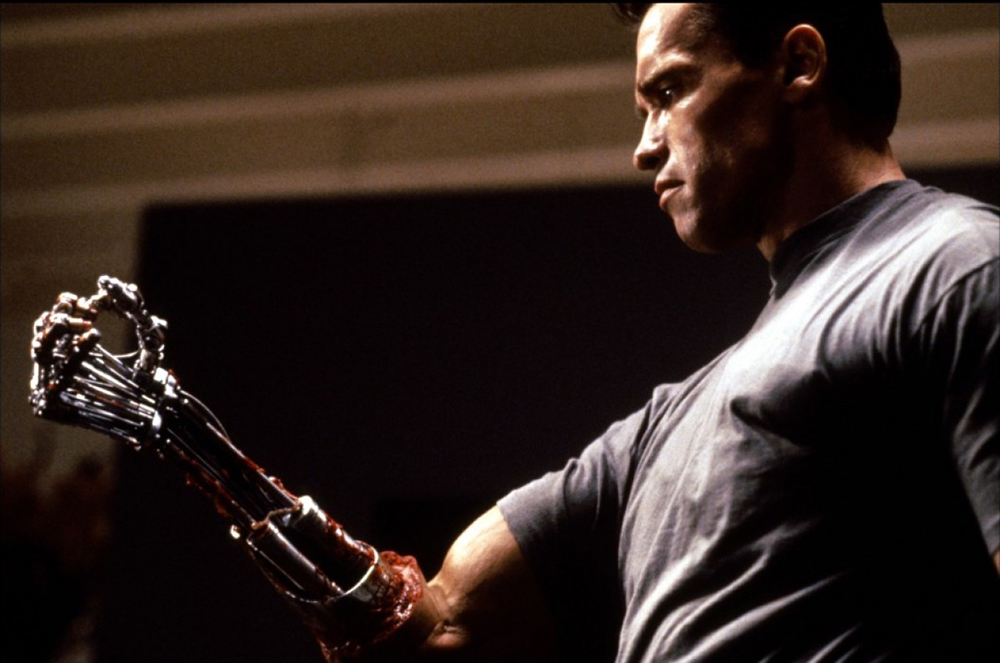 What to Pay Attention to:
Where do I even begin? There’s not enough storage on the Internet to hold my ramblings about what you should pay attention to when watching Terminator 2. I suppose first you should take note of how gargantuan director James Cameron makes his film feel; just with the first 5 minutes. By the time the opening title comes up, we’ve time traveled, witnessed a war, a genocide, and set up the entire story and characters. Hell, almost with one shot and without revealing any main players too soon. So by the time you do see them, they already completely exist to you. They’re myths. That’s how you make immortal characters. Tip your metaphorical hat immediately. On top of that, you’re going to take note of how John Connor is just Bart Simpson. No, take the time to marvel at some strange, almost Spielberg, family movie moments. This is impressive because Terminator 2 is a hard “R” rating. Yet, when you see John Connor teaching Arnold how to high-five and use slang, you can’t help but notice this is the first time you’ve seen him smile at any sort of male authority figure. You feel like Sarah Connor watching and her narration is almost pulled out of your brain. But let’s cut the shit, we’re here to watch Terminator.

So what you should really pay attention to is fucking Arnold tearing through the streets of Los Angeles, shooting bullets the sizes of a small child, ripping people in half, skin peeling off his face, body mass, chasing a god damn semi truck through the sewers while that chases a 10-year-old on another motorcycle, somehow rocking leather pants without smoking cigarettes, speaking a sentence at a time, beating on an indestructible robot in a cop’s outfit, only smiling once, melting, and forever changing ’90s action films. 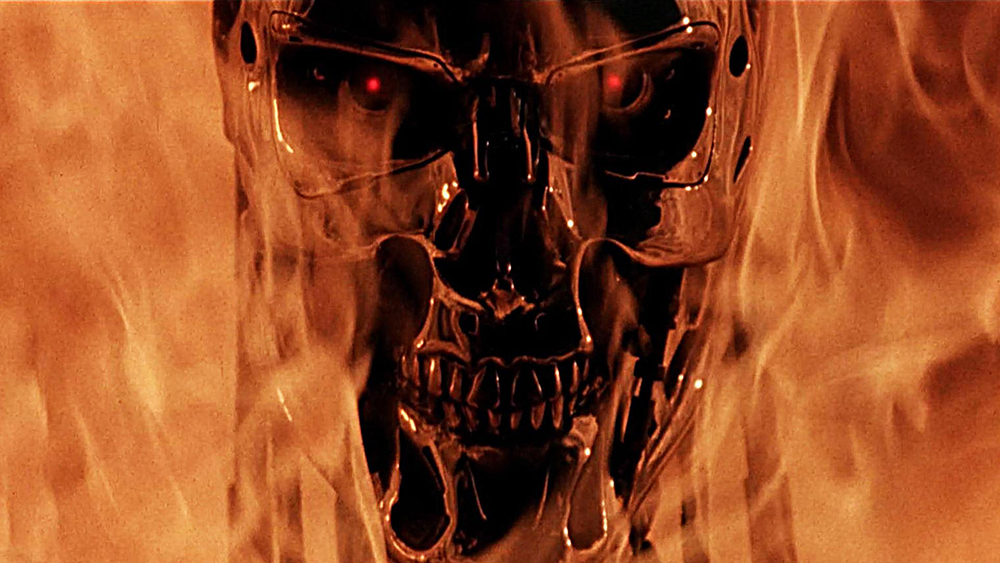 Discuss:
Now, we all know there’s a disgusting amount of things to talk about when it comes to Terminator. And we all know that getting in a group and talking about the most badass moments in movie history over a beer is almost better than life itself. So if any readers want to know more about the budget or making of the movie, hear any franchise insights, or simply just want to go back and forth quoting the most epic ’90s action star movies of all time, I’ll be here. That’s basically what I do at home, alone, anyways. Todd Knaak
Wednesdays are now your hump day movie night, and Todd is here to tell you exactly what to watch, what to eat, and how to enjoy it. Tonight, we're watching the most offensive film ever, called FILT...