My compulsion to share the dopest of Vancouver’s Asian cuisine continues. As I mentioned before when I spoke with my friend Alex Rhek, Gastown’s Sea Monstr Sushi has my favourite spicy tuna roll in the city, but the list of charming and awesome and charming qualities goes on, making me a big fan of this place. There are tons of sushi joints in Vancouver, so I sat down with head chef Keith Allison to talk about what makes the restaurant special. Japanese culture captures my attention in so many ways, and their approach to sushi is no exception. While Keith himself has Japanese family, he is also familiar with North American interpretations of sushi dishes. Over a few beers, we captured some photos of a delicious sashimi dish, anchovy potato salad and some assorted rolls. My dude Blake also took a picture of Keith’s dirty sushi knife, which is probably a huge insult in Japanese culture and he might get eaten by a dragon. In the end we decided that an interview about sushi was kind of tired, so we chopped it up about how he apparently never goes to concerts, and about Ghengis Kahn, sort of. 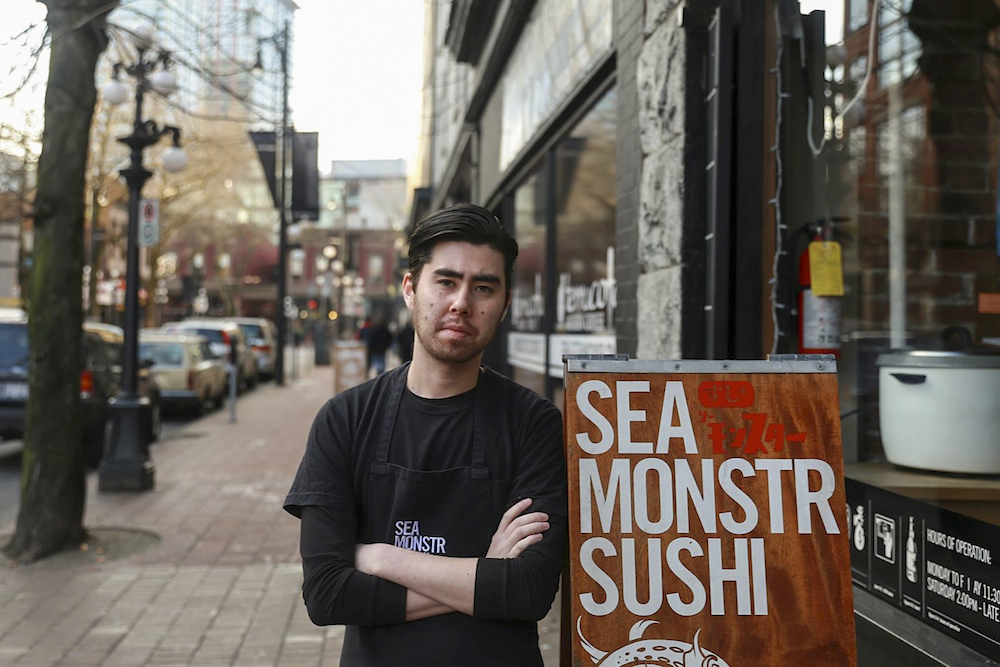 What was the best concert you attended recently?

I wouldn’t say it was recent, as I don’t get out much these days, but I went to see Nice & Smooth a few years back. If you want to see an genuine true skool rap show, these guys are the two. I went in not expecting much but left yelling their verses out of a taxi cab. People were looking at me wondering who the fuck I was, I was just stoned and drunk out of my mind.  Well worth the free ticket.

Where was the last spot you went on vacation?

I was recently in Japan, Sapporo and Tokyo more specifically. I usually try to head back every year or two to keep up with family and friends, but most importantly to eat. I feel lucky to be born in Sapporo because it has one of the best Japanese culinary scenes. Whether it’s Hokkaido-style ramen, soup curry (Japanese/Sri Lankan-style curry), “Genghis Khan” (marinated lamb BBQ) it’s all good. Plus the fish in Sapporo is top stuff, they have cold waters up there so you can commonly find fatty/oily fish.

What does a usual evening after work look like for you?

Not always, but usually a booze induced rampage.

Nike. I mean I like adidas but I feel they’ve fallen off in the past few, I dunno, maybe Kanye will change the game. I never liked the Yeezys though (insert hater comment here). Nike is doing what it should be doing right now, and I’m liking it.

Any type of sushi that you can’t stand to eat?

I’m a purist when it comes to sushi, so the simpler the better. Any type of roll or nigiri with tons of sauces and ingredients kind of pisses me off. To me, the point of sushi is to have something super fresh and flavourful, while keeping it as simple as possible, without using shitty ingredients to mask the taste of what something is intended to taste like. Not to hate too much, but this seems to happen a lot in Vancouver and North America in general. 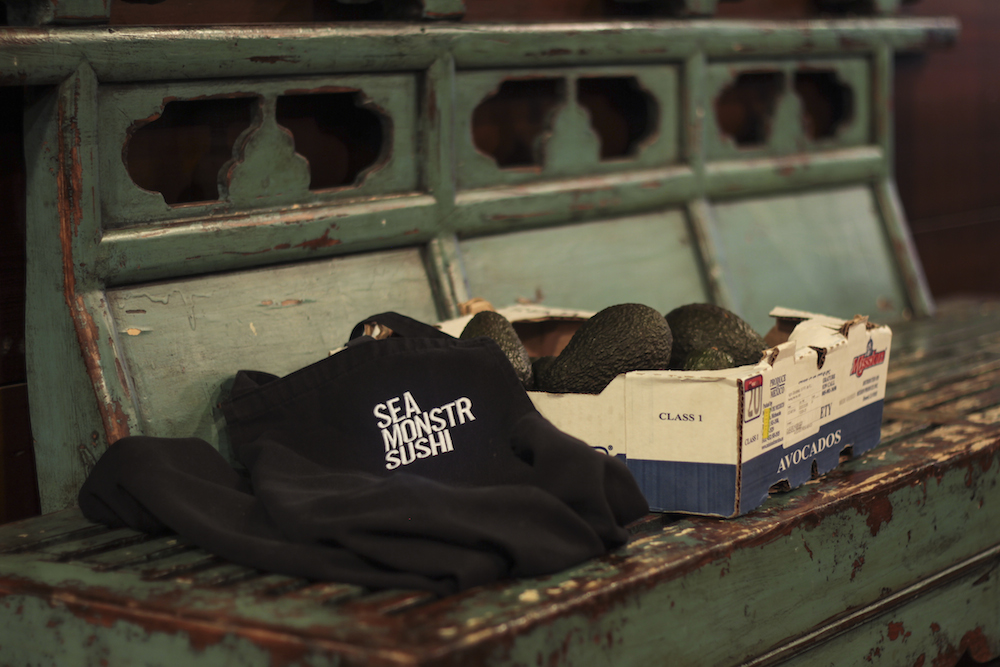 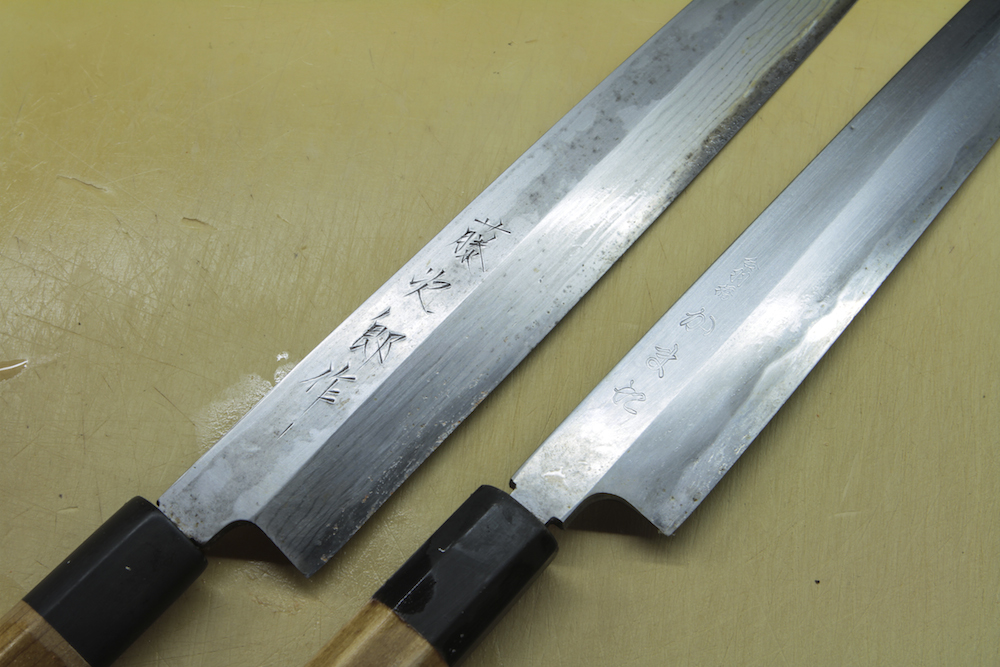 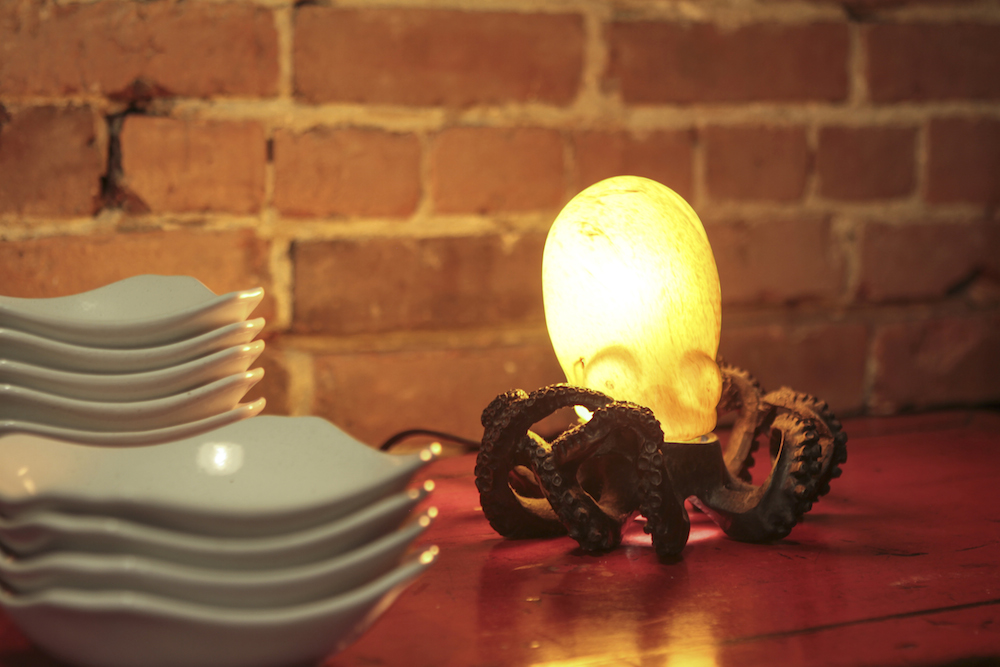 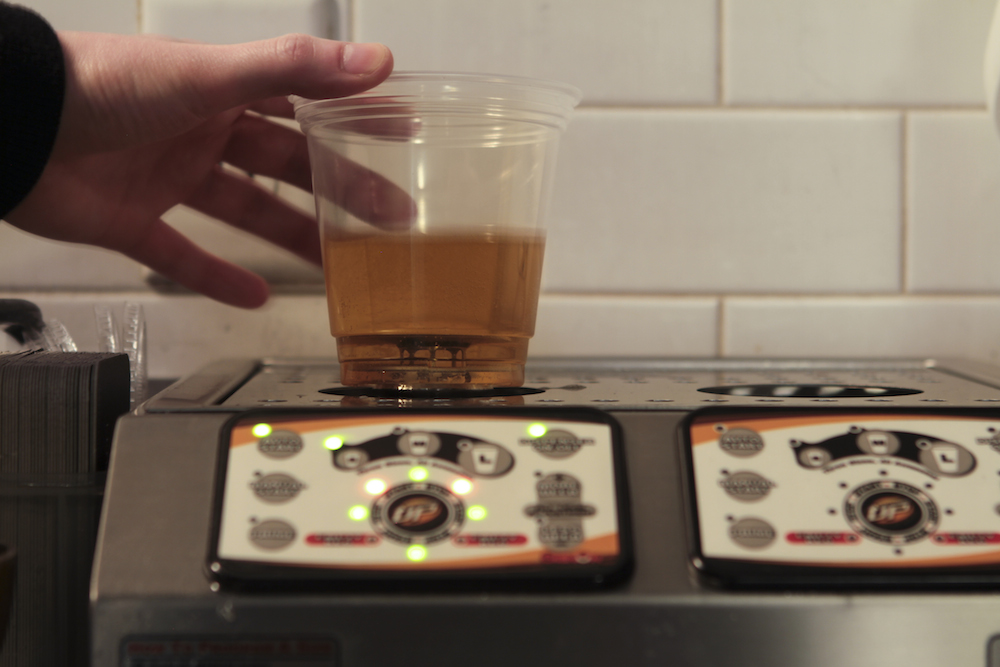 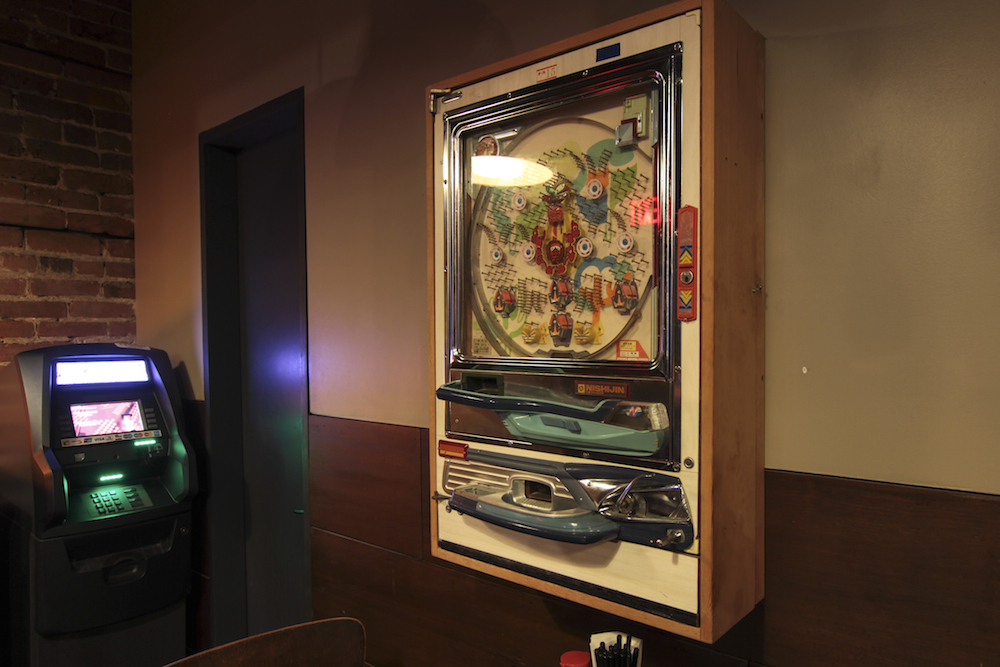 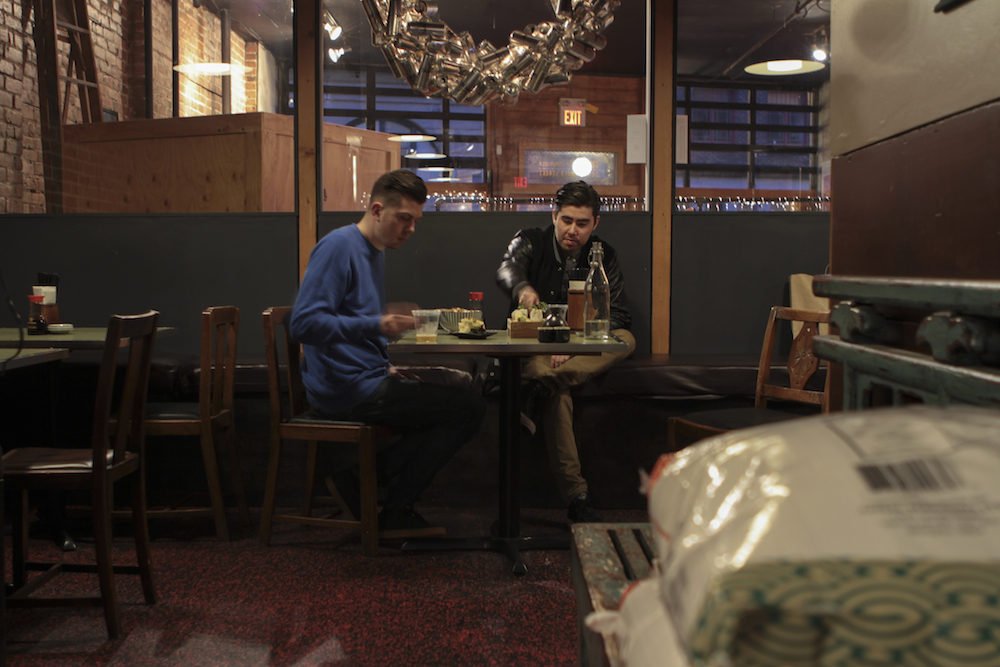 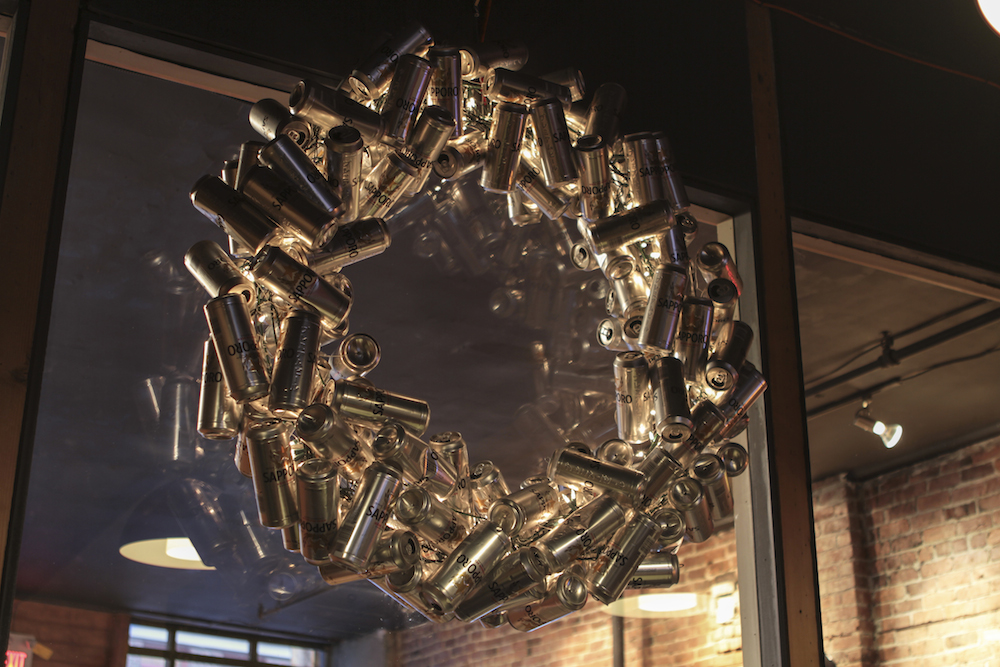 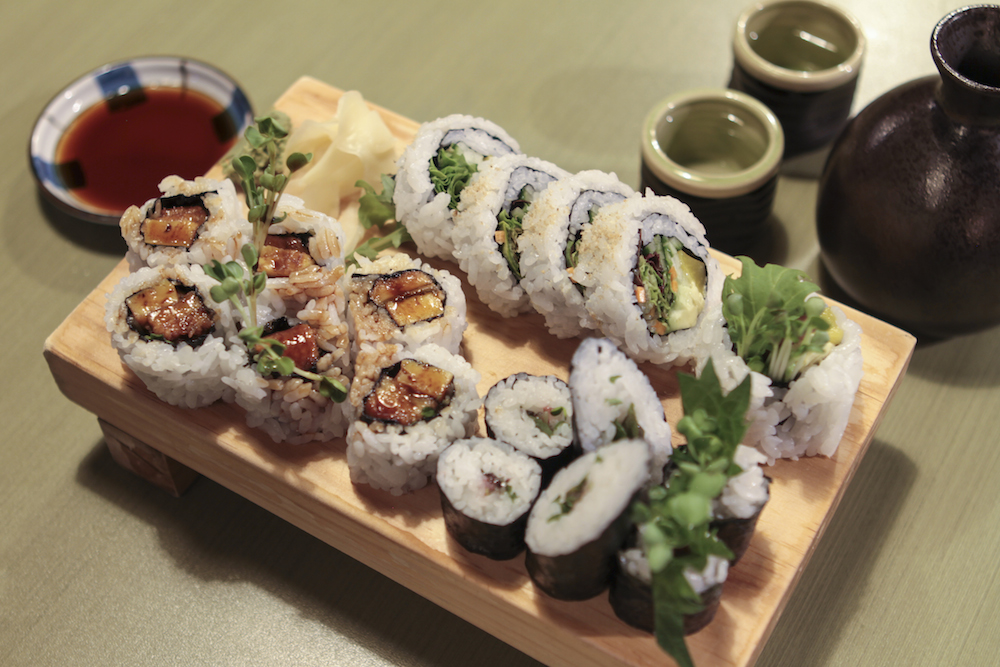 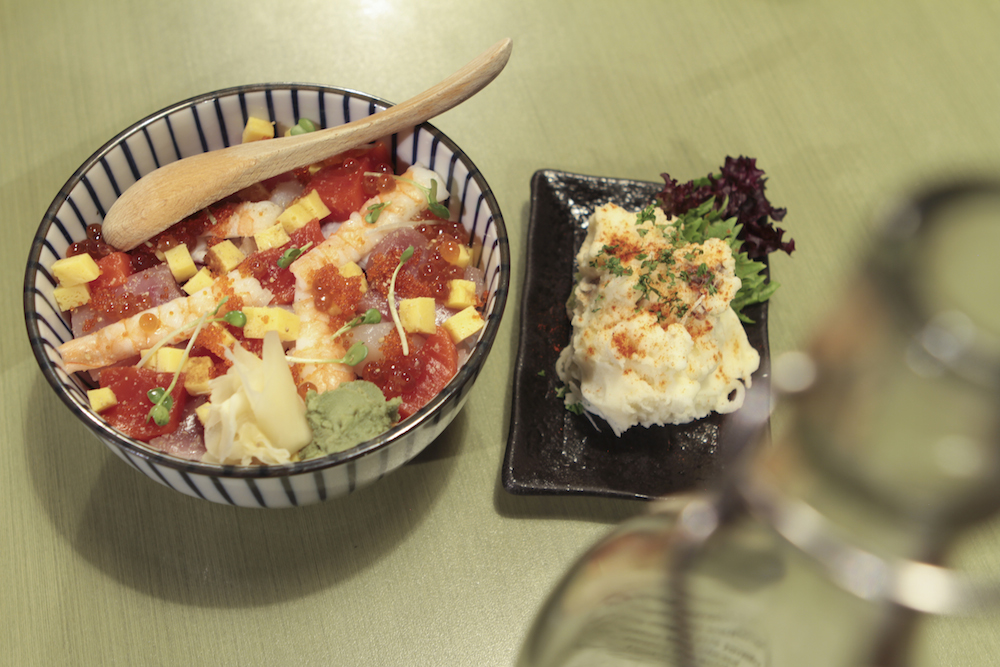