Okay, so we all know the highly-anticipated disaster movie starring The Rock, Alexandra Daddario’s eyes, and Carla Gugino, San Andreas, just hit theaters, meaning you’re about to hear a whole lot of unwanted shit talking. But that’s okay,  I’m here to help you defend your taste from the swarm of Ingmar Bergman followers. Because at the end of the day, yes, directing a heartfelt coming of age story about the love of death and death of love would be creatively satisfying and poignant. However, I also wouldn’t mind being strapped into a fucking hanging wire, dangling over a melting building set while bullets blow holes through the windows and spray sugar glass into my microphone that I’m using to direct fucking Batman as he has a free fall battle into the ocean with Poseidon or some shit. Because of course, the movies I love the most are the small budget, intimate films that shows me something I’ve never seen in something I look at every day. But I also love the earthquake tram ride at Universal Studios. San Andreas is the tram ride at Universal Studios. So here we go, this is how to defend your love for San Andreas. 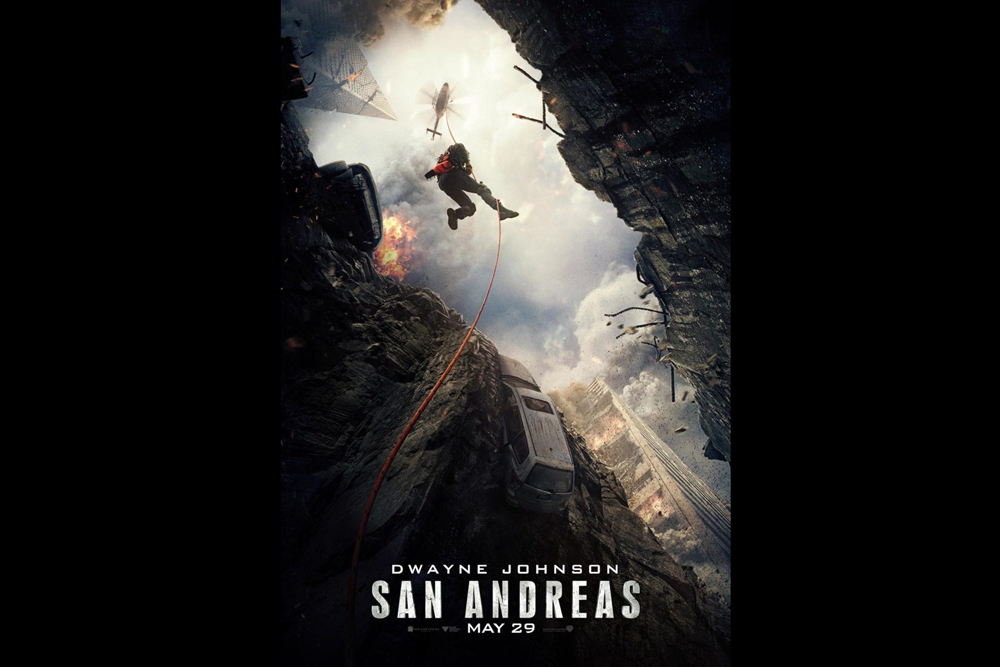 So first off, by the first 11 minutes of this movie, you’ve already been through two strangely intense set pieces – a car wreck and the fucking Hoover Dam exploding. Yes, the Hoover Dam explodes in the first, like, 11 minutes. You got a scientist running across the crumbling dam, grabbing a little girl, and running even faster. No, you have no idea who this little girl is and you may chuckle at its cheesiness, but thanks to the editing, it actually ups the stakes way too much. Plus, this scene is smarter than most would think because the first 15 minutes of every movie tell you what the next hour is going to be. So if you’re gripping your arm chair for the first 15 cheesy minutes without learning anything about the characters, it doesn’t mean it’s bad, it’s just the director telling you to buckle the fuck up. “But Todd, how do you find that line between acceptably cheesy and just bad?” It’s easy, firstly, just pay attention to how you react. Is your heart rate up? Hands clenched? Yes? Then it’s dope. No more to it. 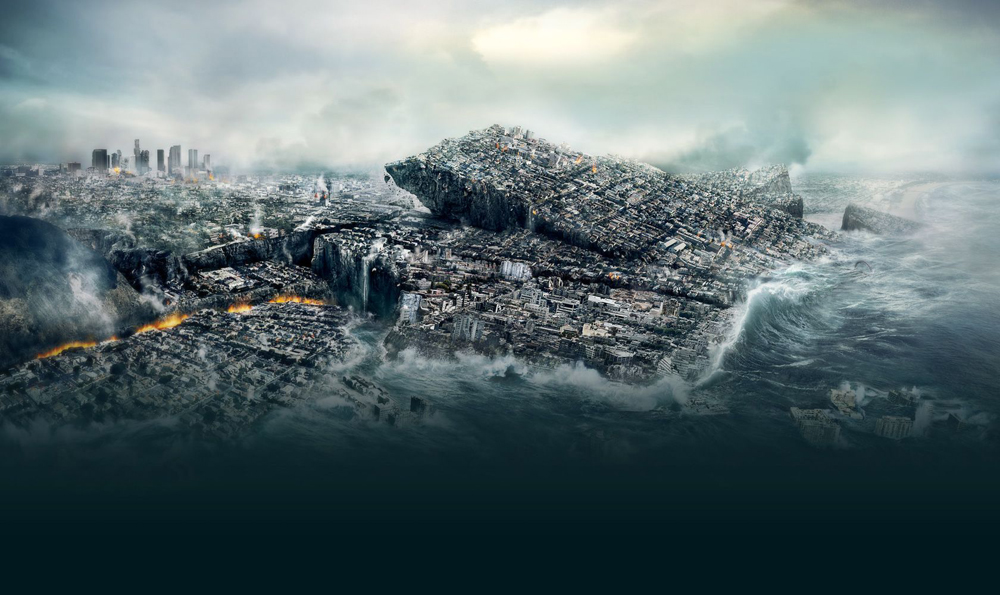 Secondly, look at the stakes over destruction. Why did Man of Steel suck? Because the “stressful” scenes were a building falling. It fell. They dodged it. Problem over. It’s just not fun. Then it happened 12 more times. Picture this: The Rock in a fucking speed boat racing to drive over the top of an incoming tsunami before it crests while it’s headed straight for San Francisco, which is where his daughter is probably going to drown. Holy shit. The stakes are real. You got hundreds of other speedboats driving straight up the world’s biggest tidal wave, getting peeled off by the wind – kids flying, spouses drowning, destruction skimming by The Rock’s head as he just squints. Holy shit. He reaches the top and  you exhale; relief. It’s over, right? WRONG. A fucking cargo ship’s coming over the crest and where is it positioned? That’s right, directly on top of The Rock. Naturally, he dodges and, again, you exhale; relief. It’s over, right? WRONG. The cargo boxes are now tipping over and falling onto the rock and he bobs and weaves his way through the heavy rubble. Now you can breathe as the we get that juicy wide shot of impending doom. But just know, the tidal wave hasn’t even hit San Fran yet. 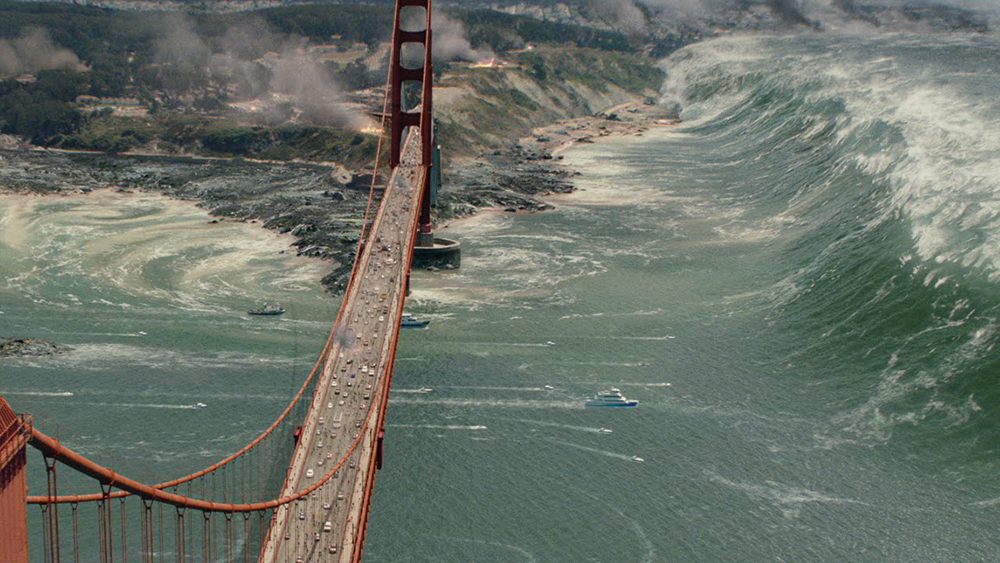 It’s the fact that each disastrous situation in this film is unique – never repeated. You get about three earthquakes and a tsunami in San Andreas, but each quake is focused on a different city with different members of the leading family. This makes it so you never grow numb to its gimmicks or be able to settle. Also, and probably most importantly, there is zero fat on this film. No unnecessary glory shots of destruction or even long dialogue scenes that beg for you to take the movie seriously. It’s above that shit, this is a ’90s disaster movie that just happened to come out now; it’s simple. A broken apart family that is put back together by everything else breaking apart. Dope. Sold. You won’t have time to not pay attention. Oh, and Paul Giamatti is in it. I could go on but my editor may or may not skin me if I make this any longer. 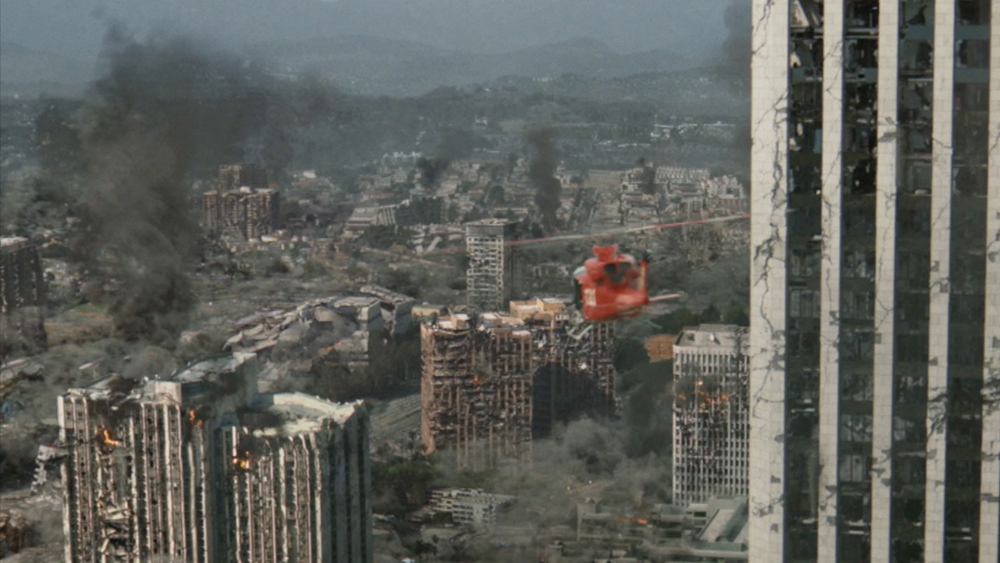 Todd Knaak
No matter how much you fight it, Wednesday keeps coming. So why not push off reality a little bit longer by deeming Wednesday night as movie night. After all, Todd's back to help you choose the rig...