A few weeks ago, Saint Alfred had a three-way collab releasing with Stussy and Chicago-based creative collective Treated Crew. For those unfamiliar with Treated Crew, it’s a Chicago-based crew that was started by Nigel aka Holt aka Hollywood Holt, Mic Terror, and Million Dollar Mano that now has members around the world.  For the release  of the collection, Stussy and Treated Crew decided to do a show in Japan and I had the opportunity to fly out and be the representative for Saint Alfred as well as document the trip. In addition to myself and Treated Crew, a few other friends decided to also fly out and celebrate the launch of the collection under a different sky. I’ve known all of these cats for a few years, but this was the first time many of us have traveled somewhere together, much less outside of the country together. 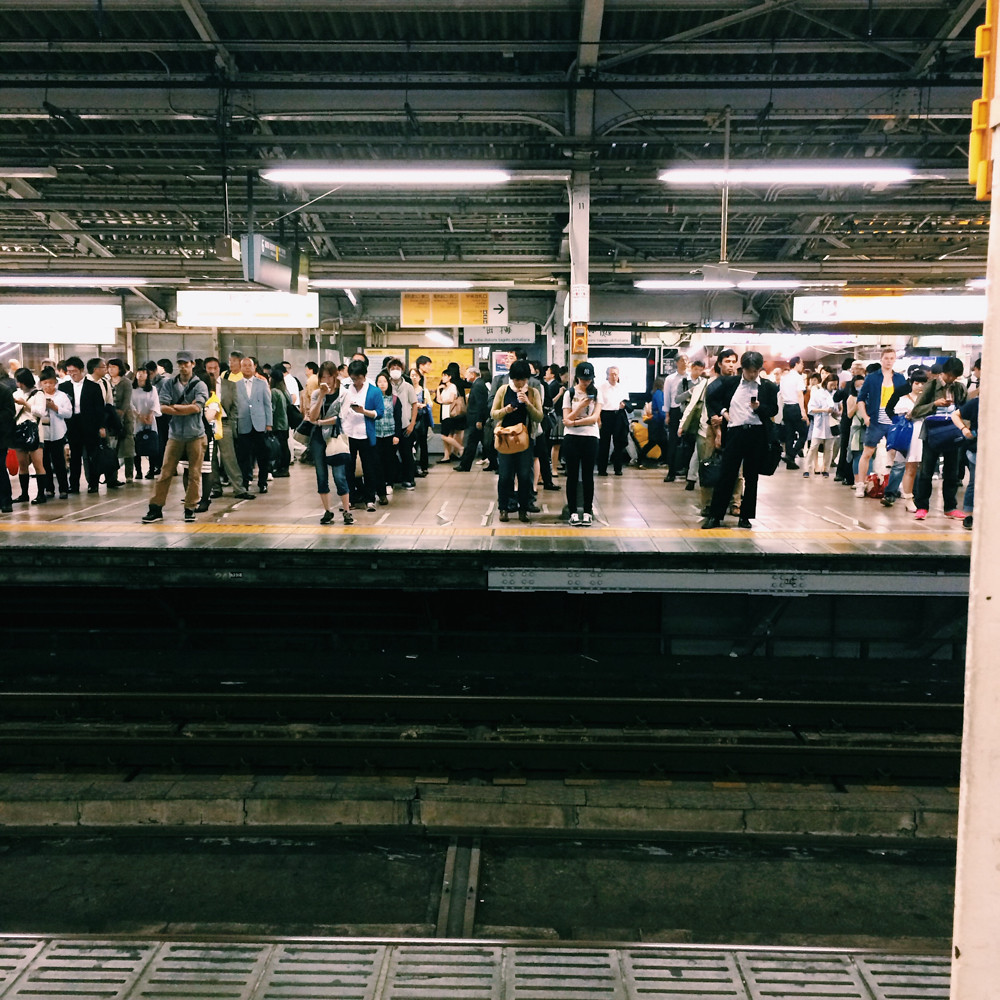 After getting in and settled I decided to hit the streets and roam around a bit.  One of the things I was worried about was taking the trains in Tokyo, since I’d heard that they could be confusing and it’s easy to get lost.  Especially when you add the fact that you’re moving with a sea of people trying to get from point A to B.  I’m used to taking the trains in Chicago and New York, so after a little practice it was no issue and I felt right at home.  I found that Japan’s train system is not only more organized and timely than the ones we have in the States, but it’s also pretty user friendly. 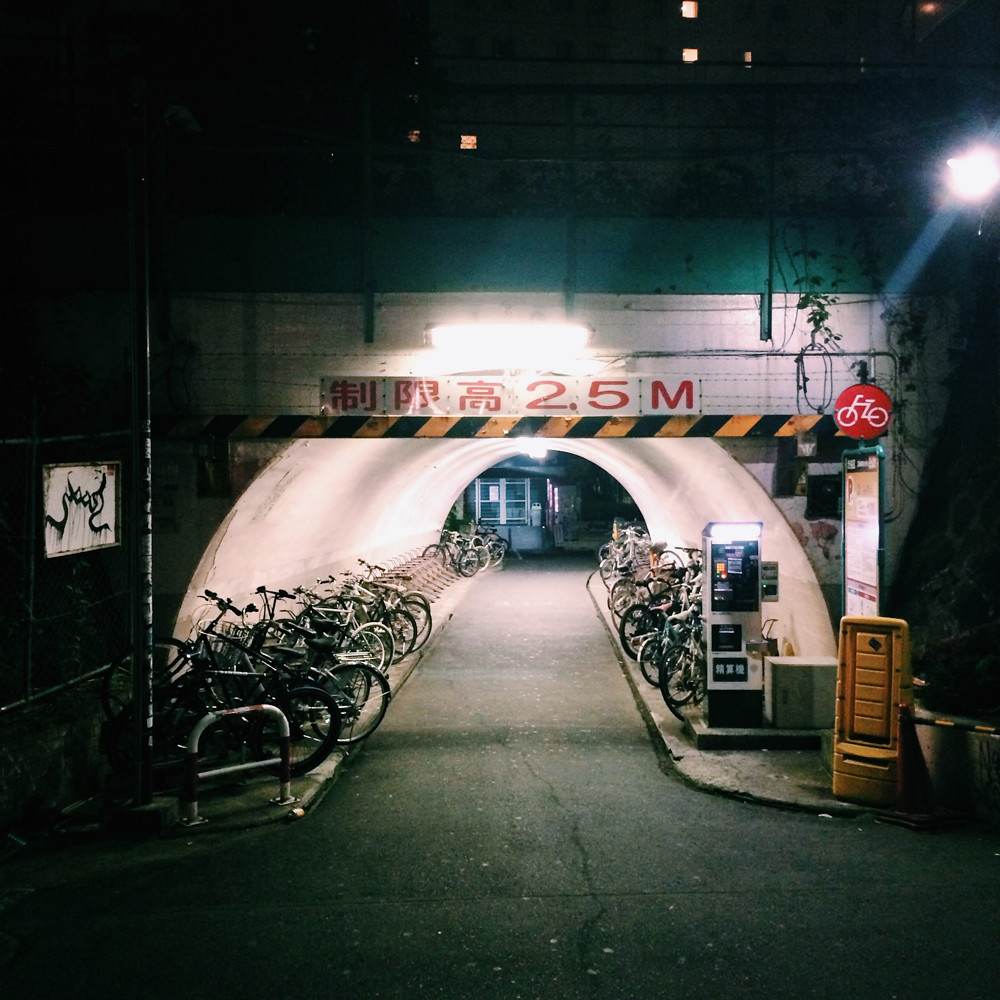 It’s crazy, whether it’s 2 in the afternoon or almost 1 in the morning the streets are always packed. 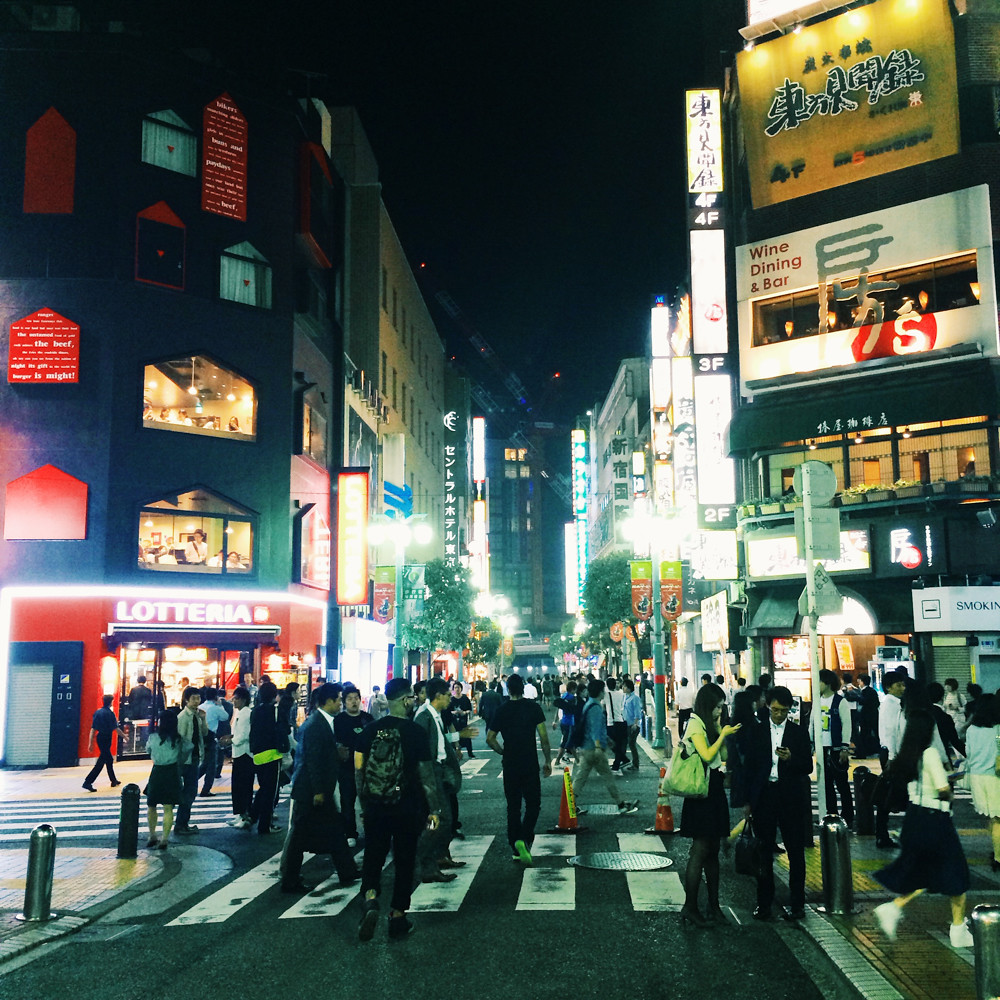 I also wasted no time grabbing some food and just stepped into one of the few restaurants that was still open. 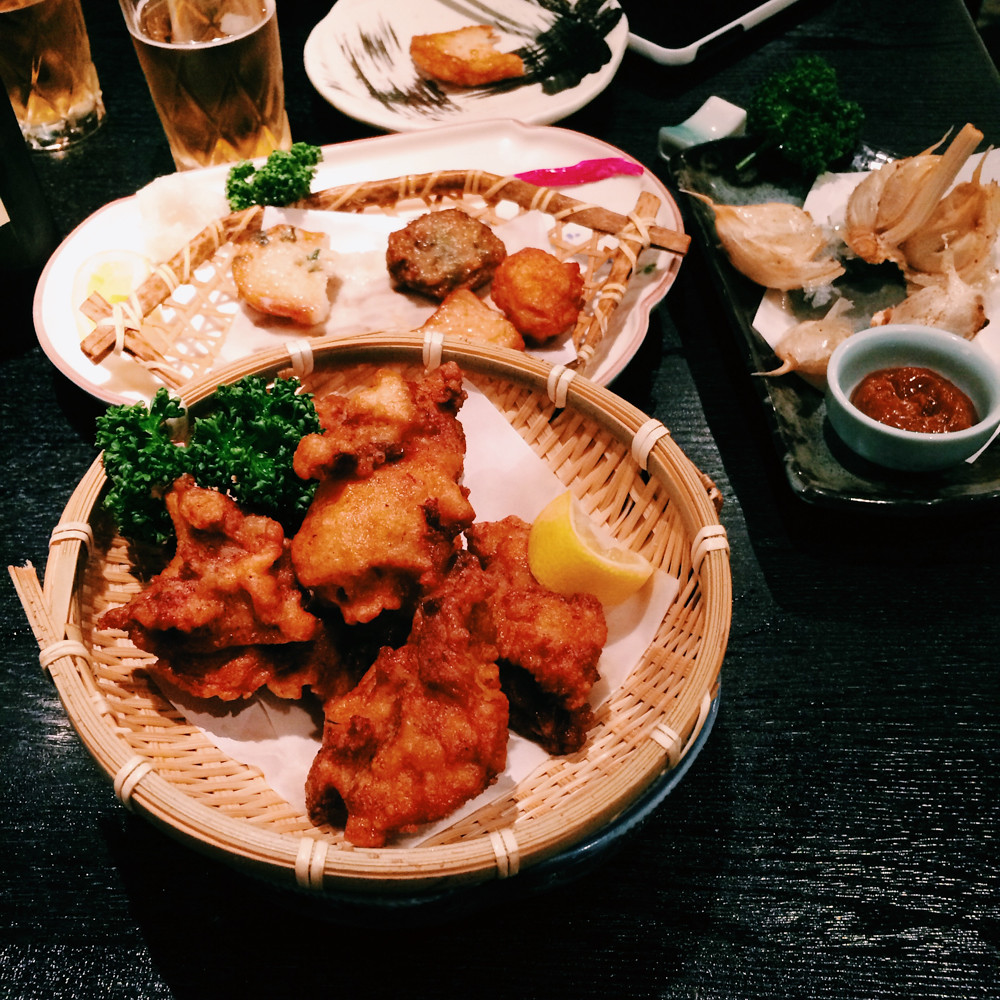 After playing text and phone tag, we finally were able to all meet up so I had to take this quick group photo.  (LtoR Ty, Cliff, Brandon, Mic T, Beav, Mano, Nigel, Dillon and Melo). 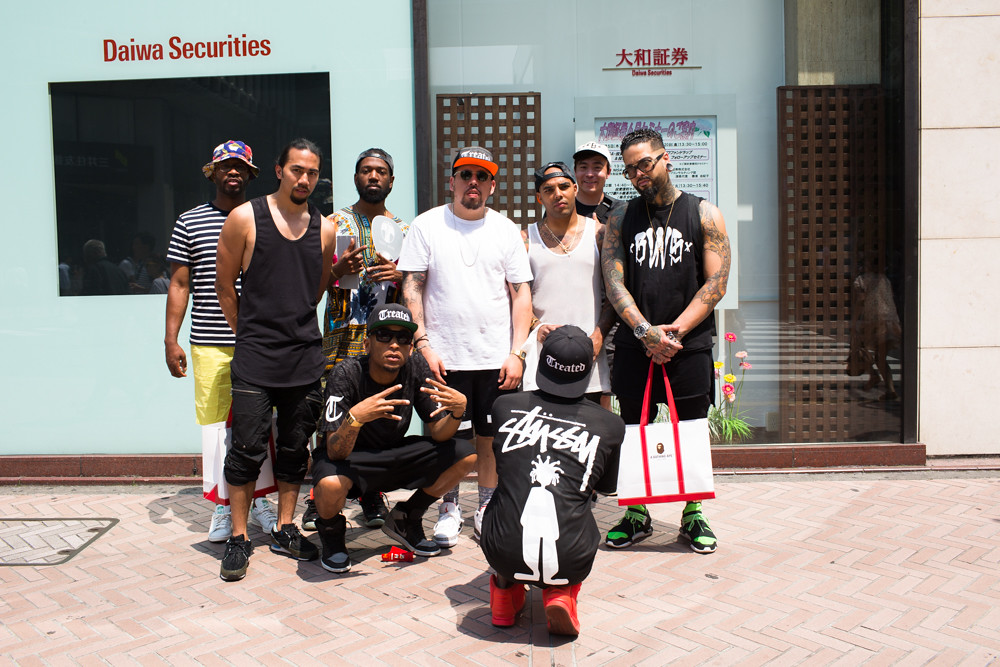 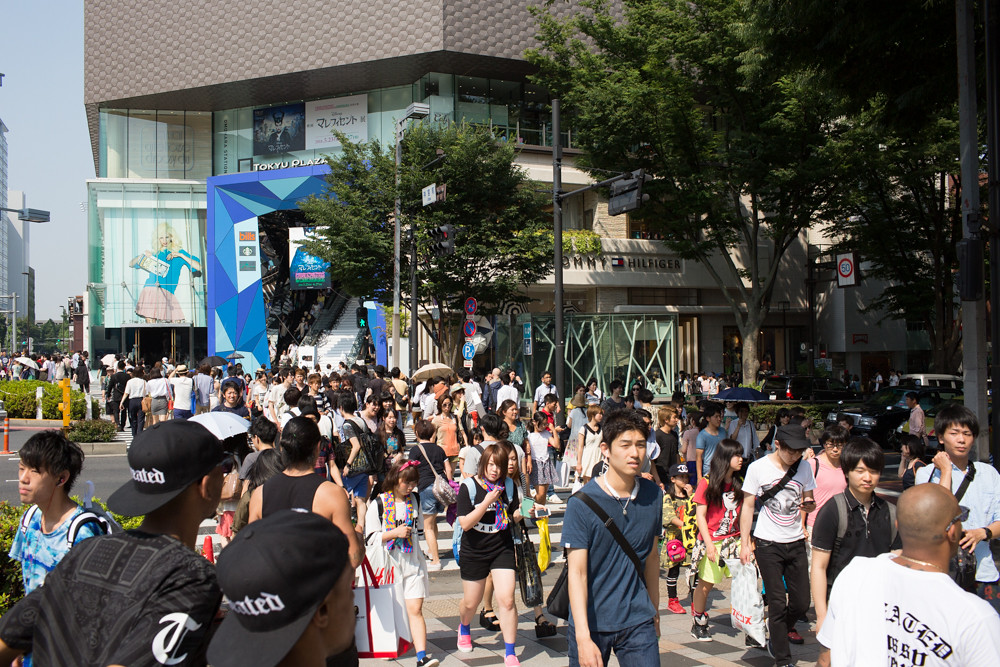 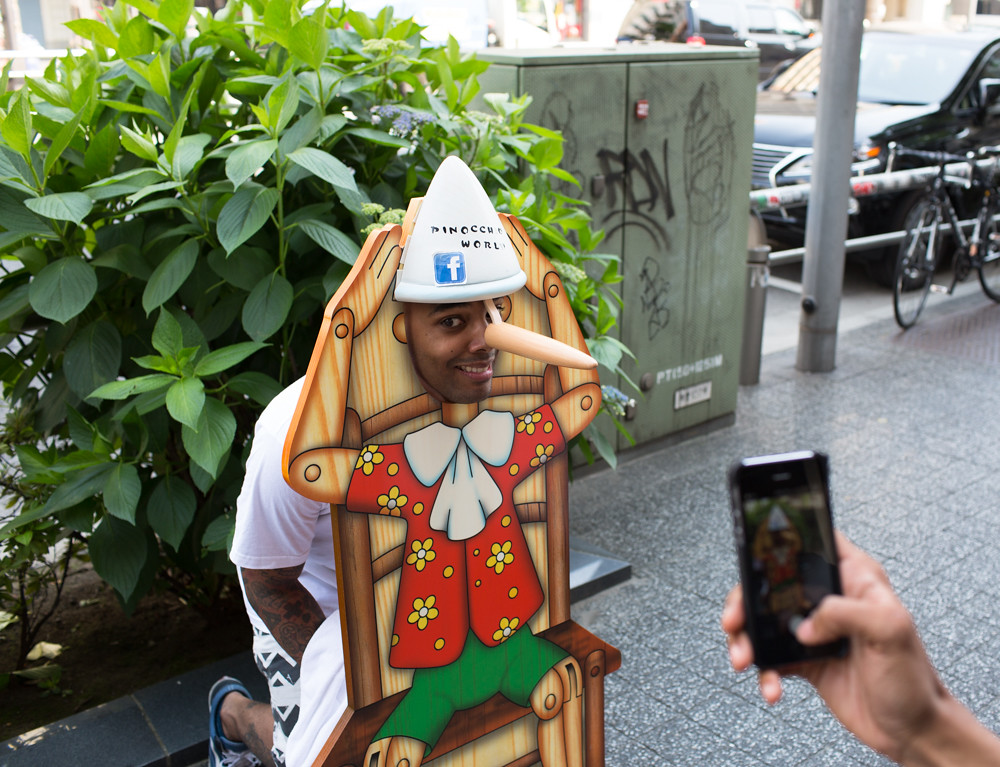 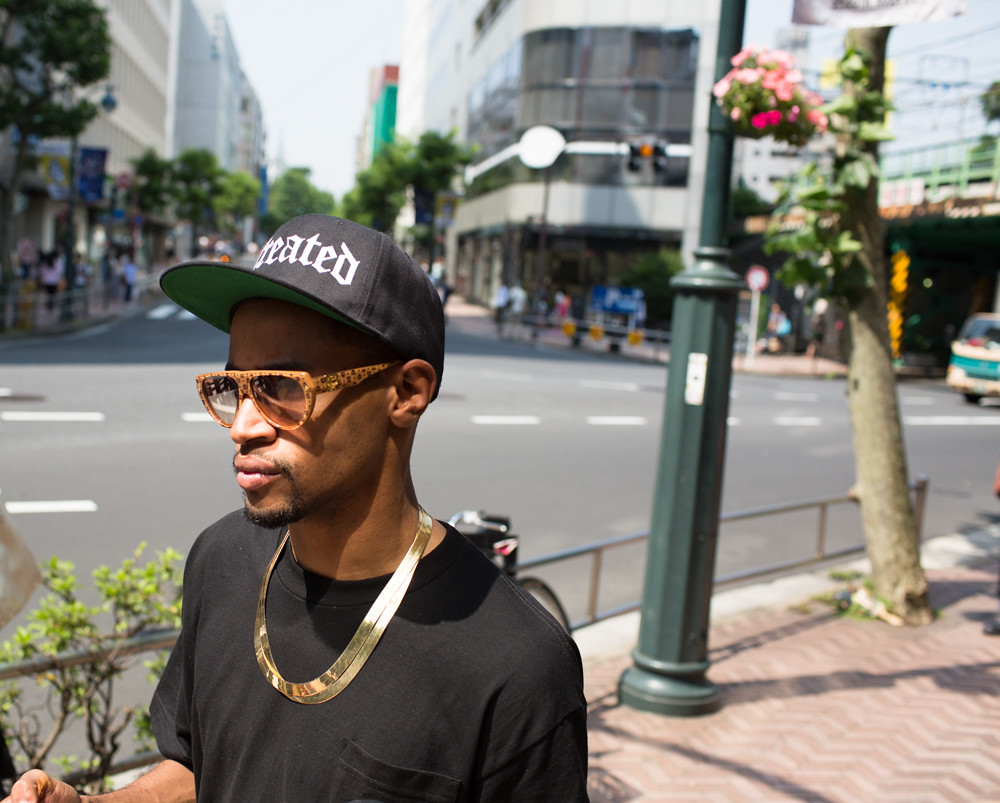 Holt and Mic T posted outside of Stussy Harajuku. 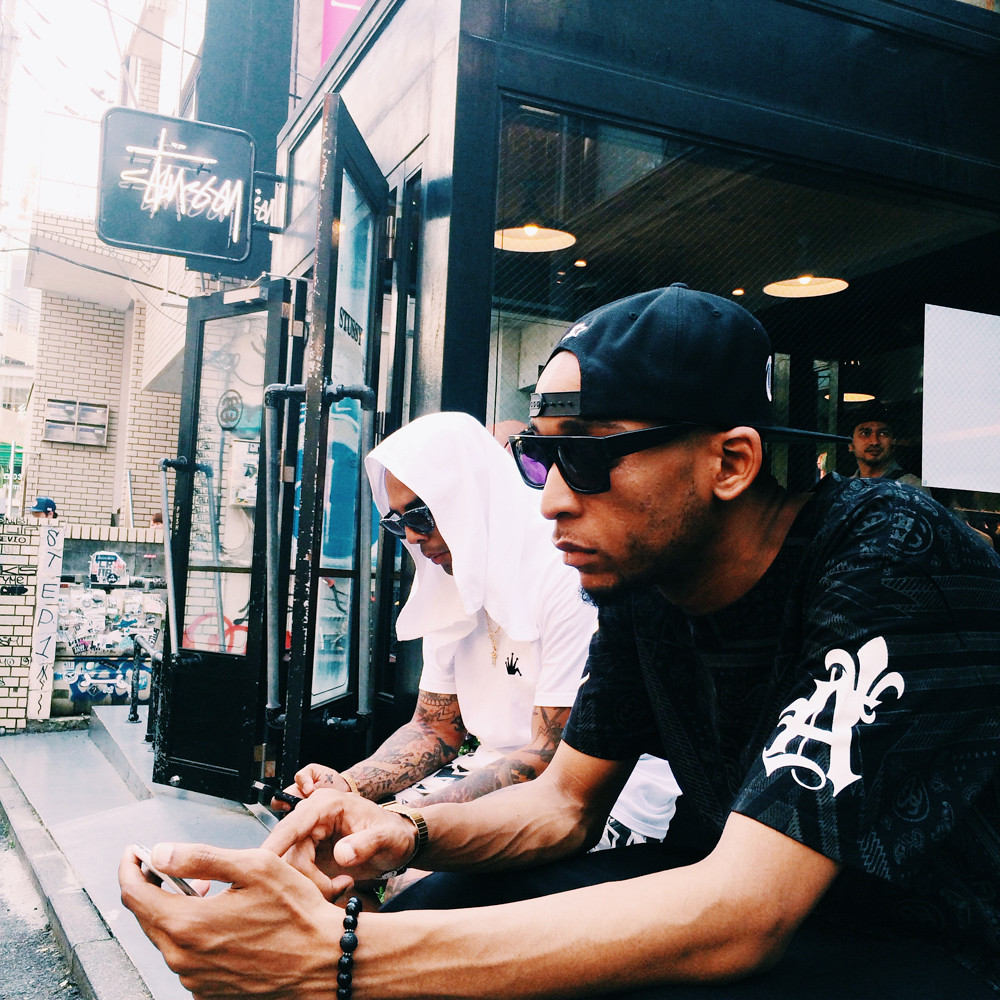 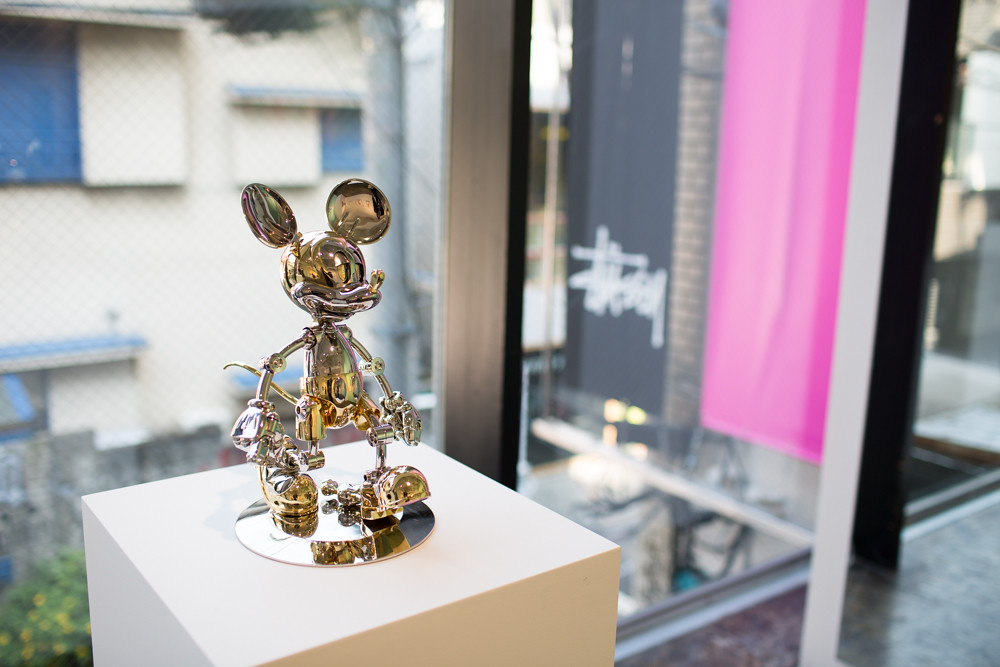 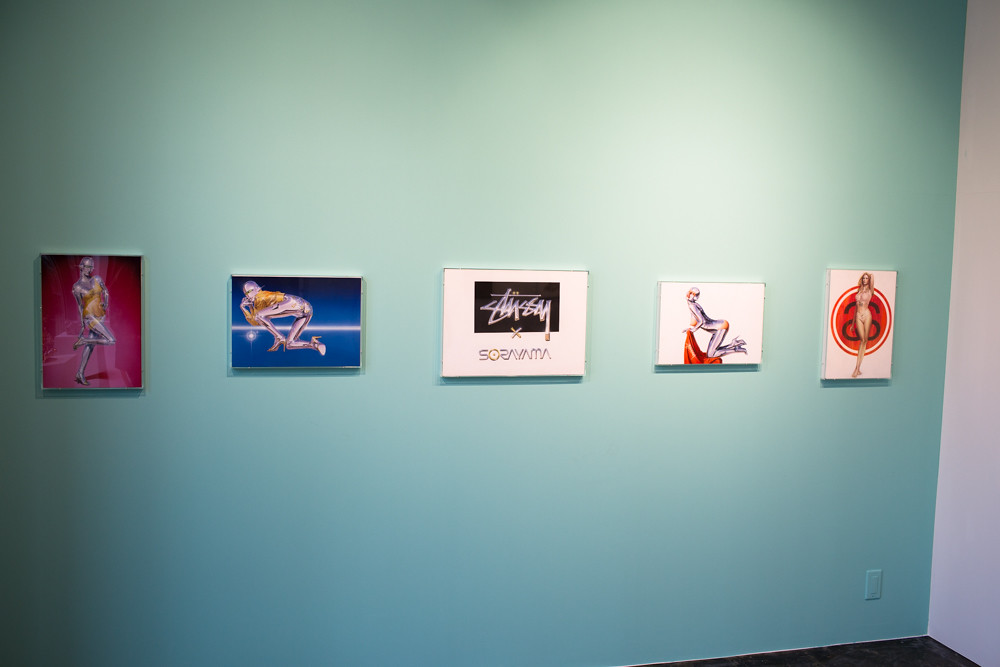 For the release of the Stussy x Sorayama T’s, Stussy Harajuku had a exhibit with some of Sorayama’s work in their upstairs gallery. This was one of the things I wanted to make sure I saw while I was in Tokyo.  I’ve been a fan of his work for years and it was even crazier to see it in person, in Japan. 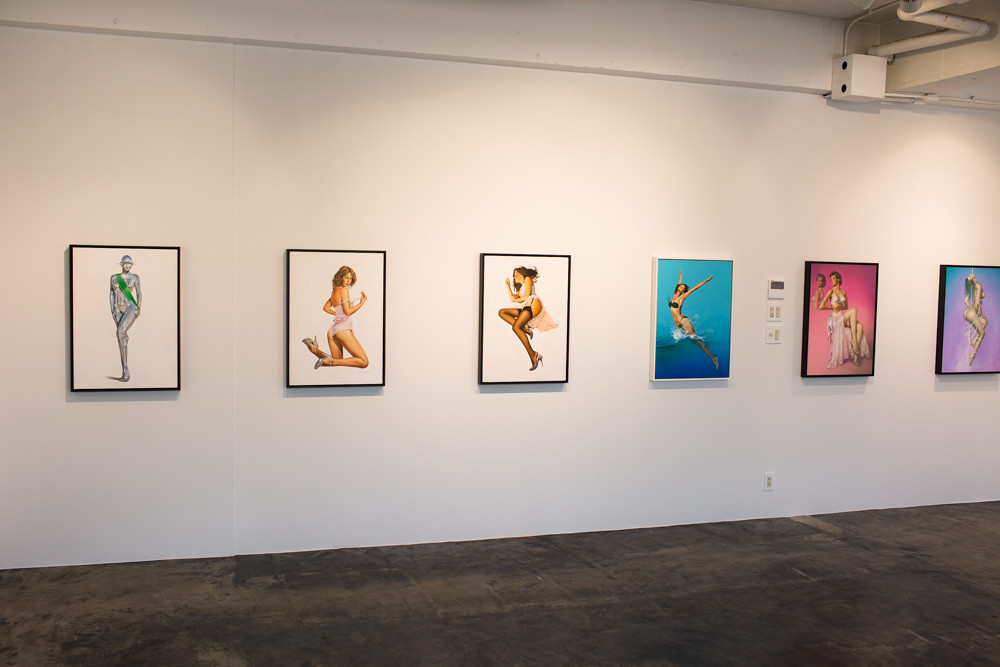 I look up the street at the Head Porter store and who do I see but this cat. I always bump into Mega randomly when I’m in Cali, Vegas, or NY, but it was even better to see fam on a different continent, especially when neither of us knew the other person was there. 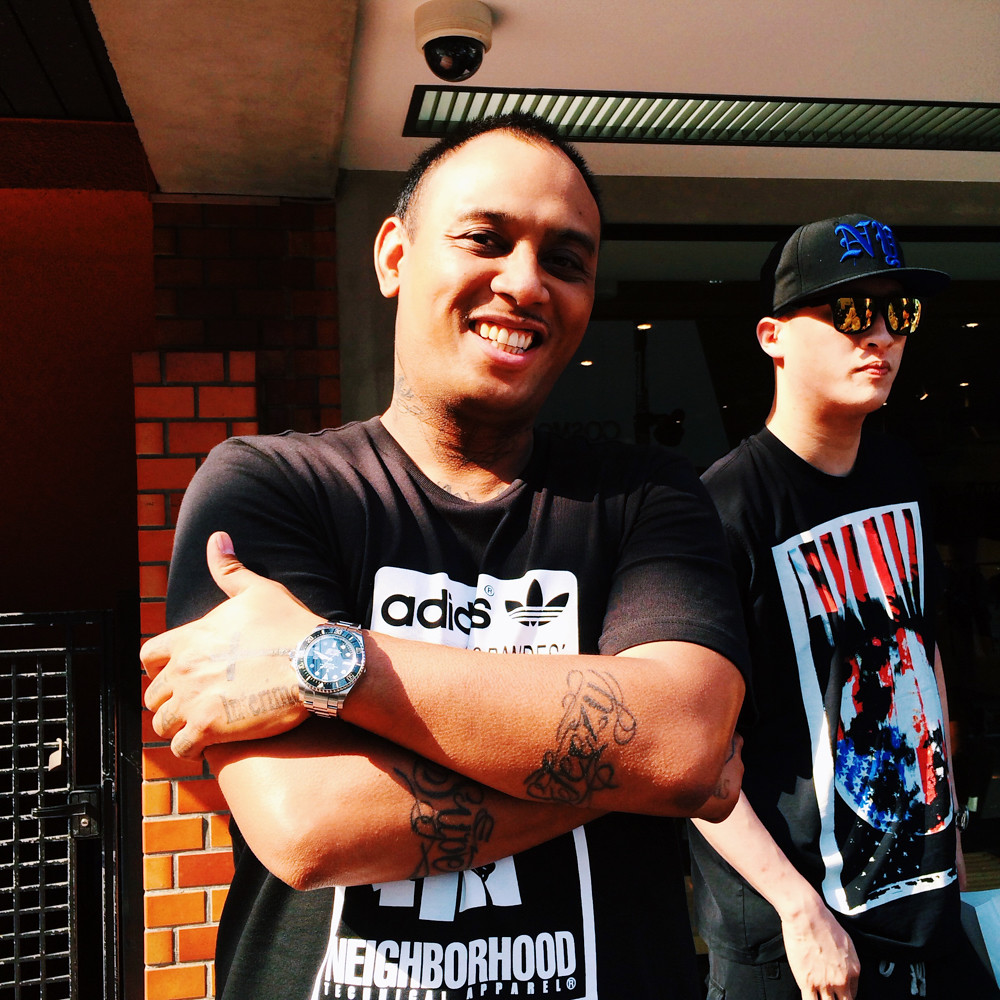 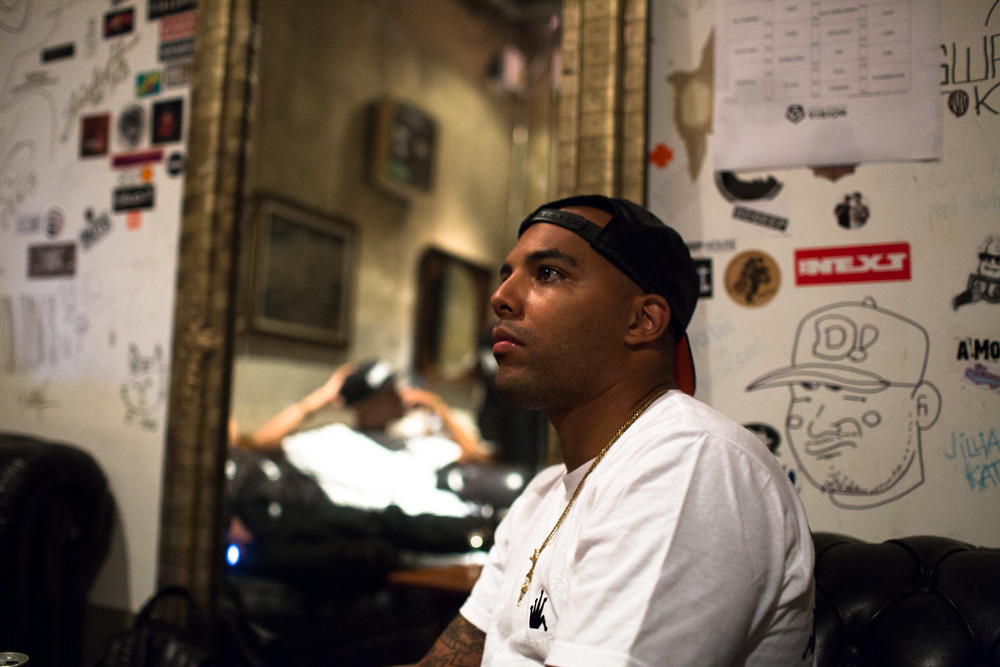 Posted in the green room counting down until it’s showtime.  Yagi, Poggy and Shin came through to show some love. 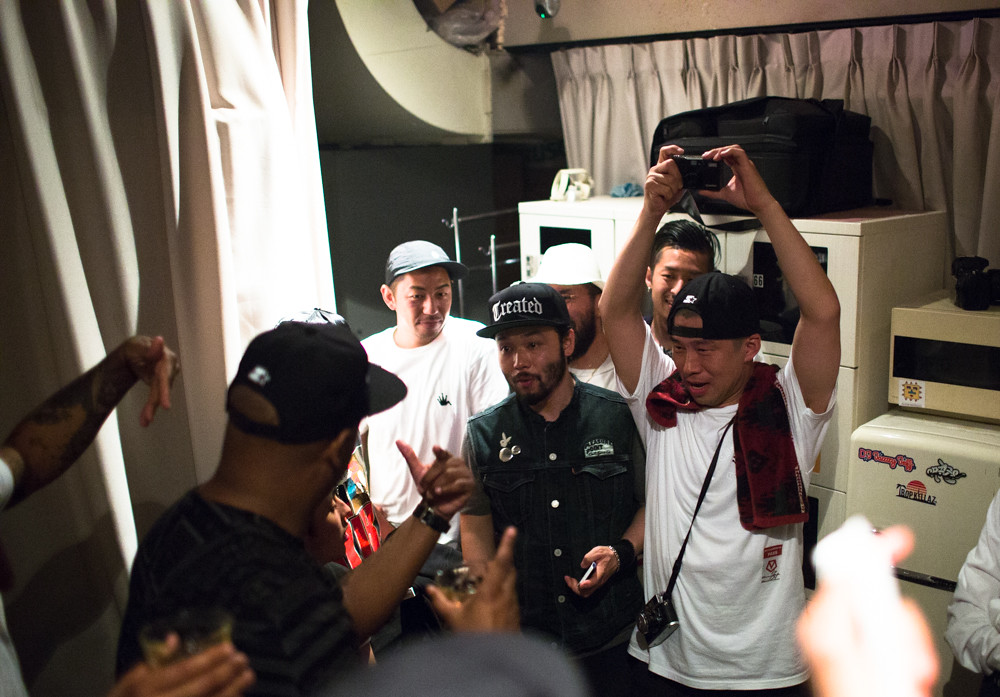 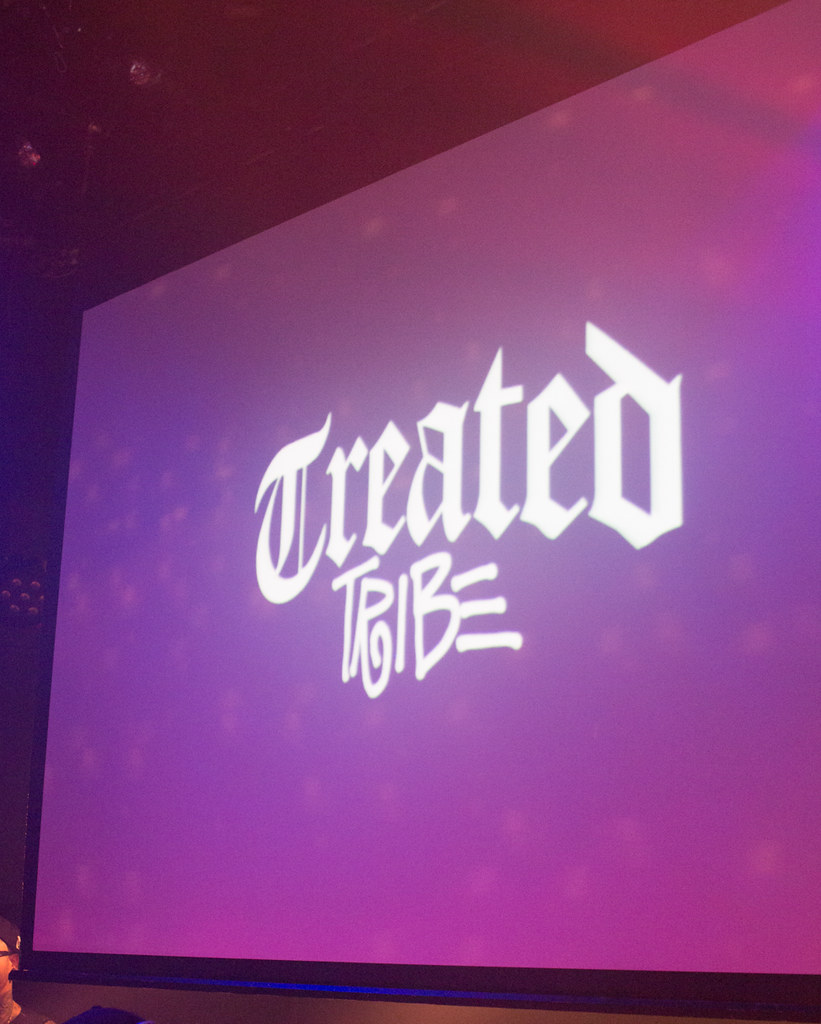 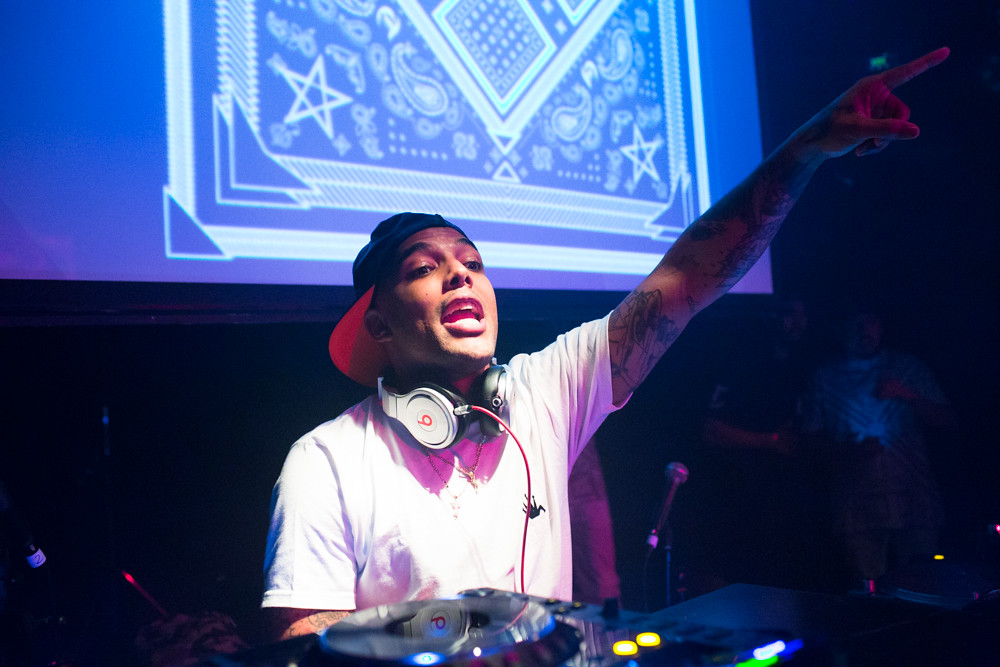 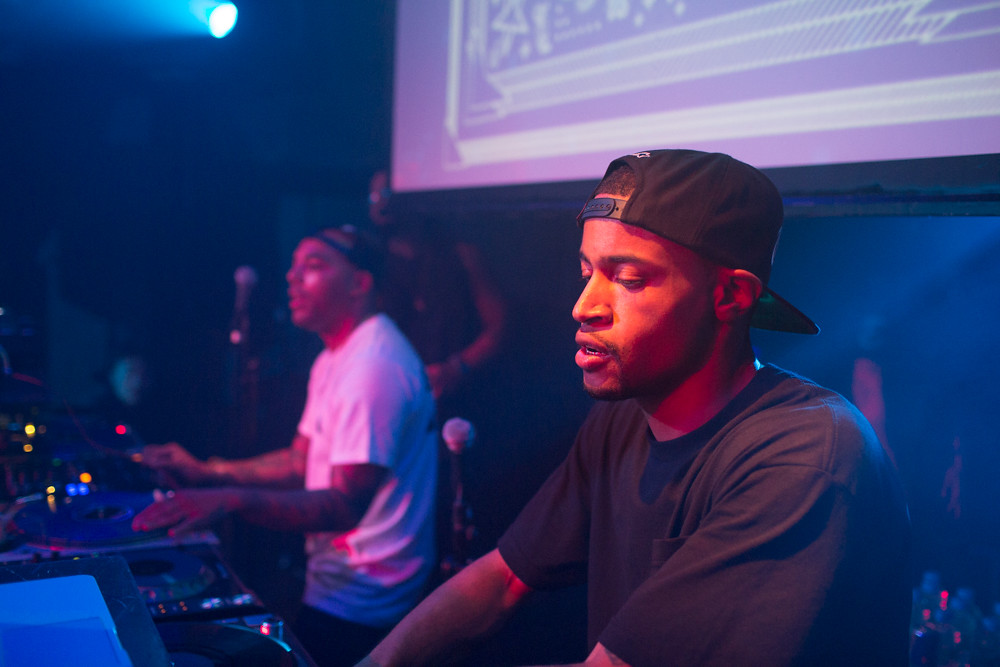 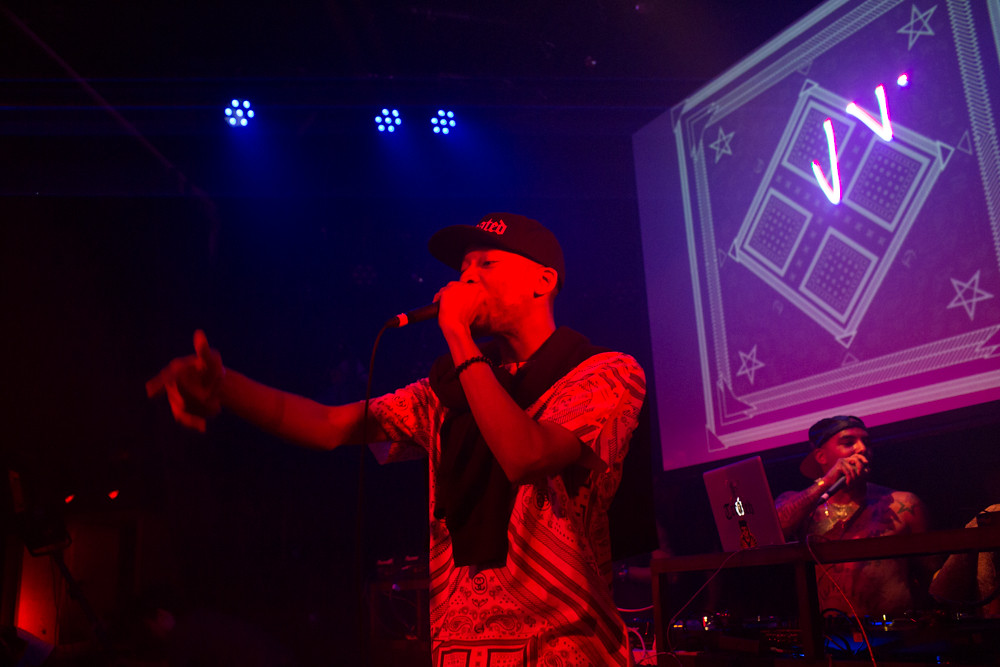 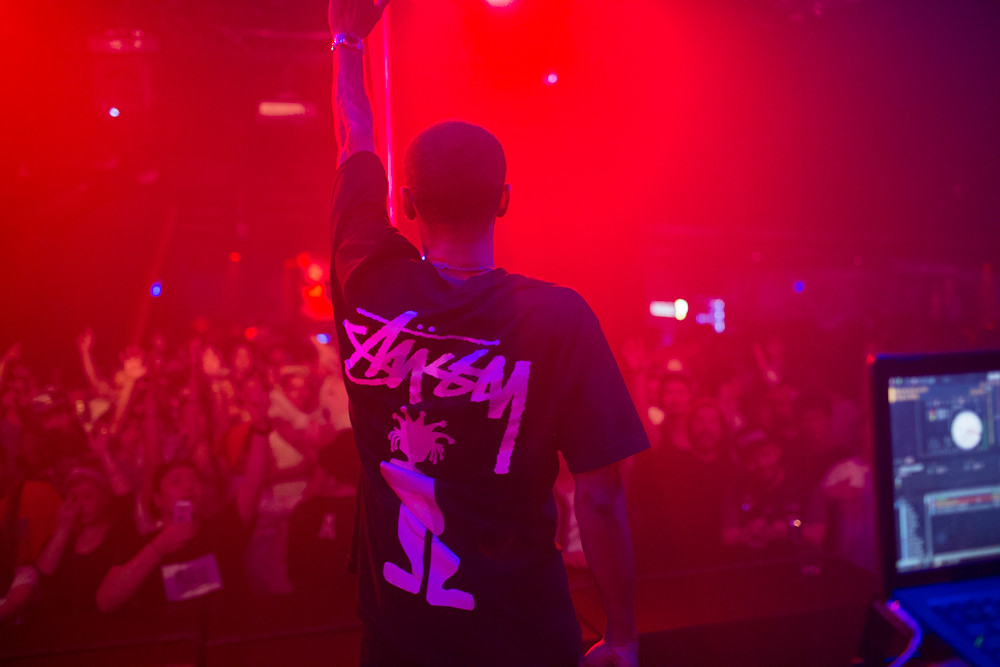 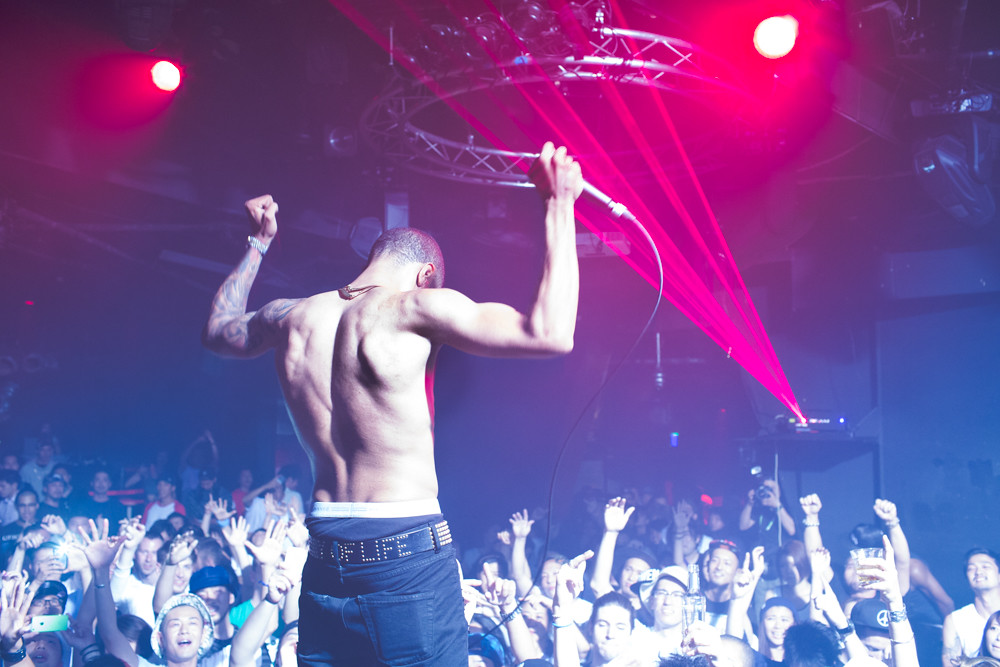 The show was ill and the crowd showed mad love.  To see how friendly, welcoming and supportive everyone was left me speechless.  We were just ten guys from Chicago half-way across the globe and we felt right at home.  Over the next few days I took the time to roam around by myself to really get a feel for Tokyo.  I’ll speak more about that and the effect the country and the people had on me in part 2.