Traditionally, I’ve spent March obsessed over college basketball while simultaneously being a devout Eritrean immigrant child and celebrating the anniversary of the battle of Adowa. Over the last couple years, however, more and more of my time has been devoted to watching the transformation of the social phenomenon that is SXSW.

South by Southwest originally brought out just a little over 700 people in 1987. It has since ballooned from its humble beginnings into the now-biggest festival in the world, where music, film, and technology meet, drawing the attention of a couple hundred thousand people to Austin, Texas, each year. With corporate sponsors shelling out blank checks to put their names on the most relevant mixers and showcases in the city, everyone starts their pilgrimage to Texas to be immersed in the work of artists who labels feel will be the next big star.

I’m fortunate enough to be going for the first time this year, and being the mindful veteran of festivals that I am, I compiled a list of artists that I’ve had my eye on performing in the midst of thousands of other showcases going on throughout the week. Feel free to use this as a guide on who you need to see while down there and if you run into your boy on the streets, let’s get some BBQ! 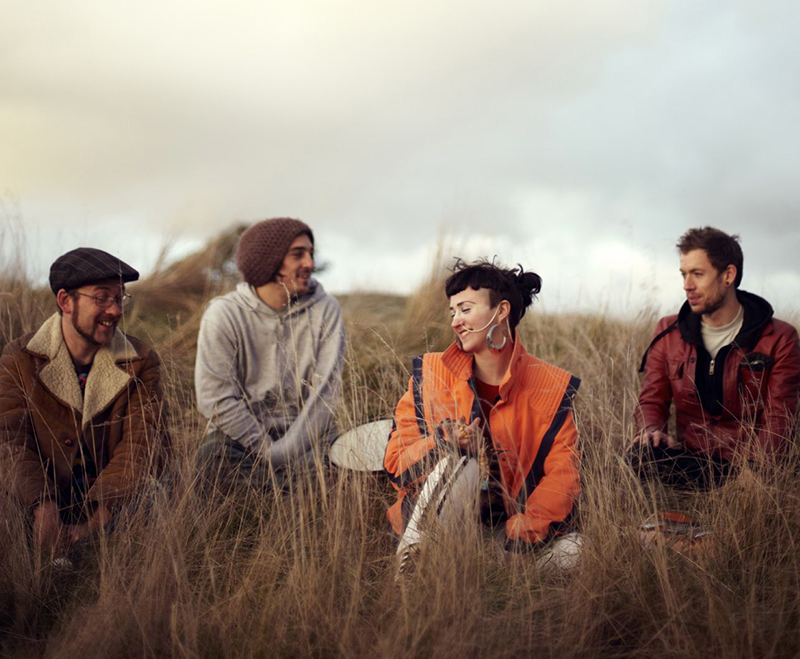 I’ve never been much for co-signs but when the god, Prince, tweeted out his love and fascination with Melbourne’s Hiatus Kaiyote, it was amazing to see the online world go up in flames. The beauty of the “Nakamarra” video won the Aussie future soul quartet the love of industry giants like ?uestlove of the Roots, Erykah Badu, and Q-Tip (who they later got a Grammy nomination with). Led by lead singer Nai Palm, the strength of their debut Tawk Tomahawk was built on them being one of the best live ensembles in the game, with their soulful renditions of J Dilla and D’Angelo becoming staples in their live shows. The vibe that they project is that unfamiliar familiar, an essence from the past that seems so relevant and new to hear today. The eclecticness of their hometown is reflected with the energy of this group, showcasing their diversity with strong guest appearances by Nai on the well-received Taylor McFerrin’s The Antidote last year. Hiatus Kaiyote readies the world for their major label debut – Choose Your Weapon – this month on Salaam Remi (of Nas, Usher, Amy Winehouse fame) Flying Buddha/Sony. They will also be performing at the Okayplayer House at the Bungalow on the 21st, along with other shows. Check their Facebook for more details. 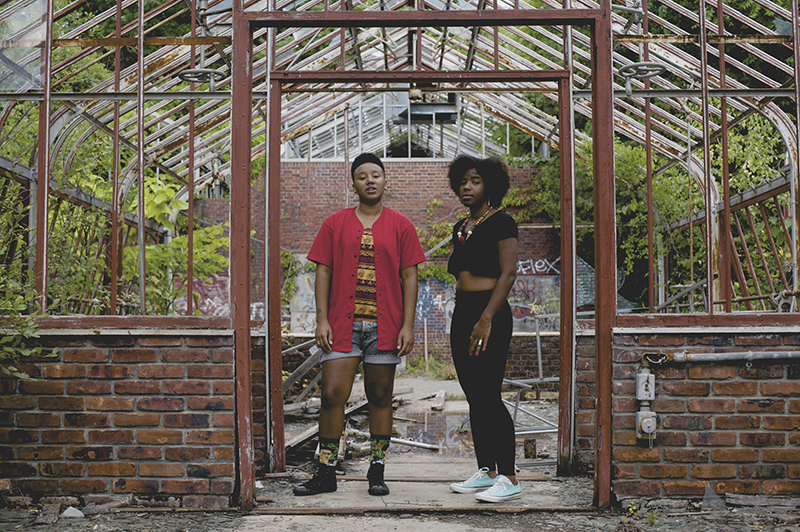 Having arguably stolen the show with their contributions to the Shabazz Palaces release in 2011, Black Up, Seattle’s neo-ancient TheeSatisfaction blew my mind in 2012 with their awE NaturalE, bringing a much-needed reconnection with the ancestors through a afr0-futuristic audio kaleidoscope that I was fortunate enough to get on vinyl (“Queens” is probably one of the most visually appealing music videos to come out in the last few years). The kinship that Stas and Cat’s two creative spirits hold with one another is very transparent, and helps push forward messages that range from consciousness to self love. Their new release this year off Sub Pop, Earthee, was exactly what I wanted to start the year off with, realigning the hip-hop realm with relevant topics, like with their song “Blandlands” (“They take jazz, take soul, take hip-hop/And blame the nigga every inch and every drip drop”). You can catch these afronauts at the Okayplayer House along with a few others at the Bungalow on the 21st.

On the West Coast, we have the privilege of having Stones Throw cast together some of the most interesting cats in the game who bond with one another and make their own illustrious adventures together – à la Madvillian or Jaylib. NxWorries consists of Anderson Paak (the former Breezy Lovejoy) and the chop wunderkid Knxwledge. This group basically combines one of the most dynamic R&B singers around, already on the rise, with a producer who has long been perceived as a legend in the making. Their new single together “Suede” makes me think of what a young, silky-as-Charlotte’s Web-esque Suga Free would sound like today if he connected with a beatmaker as soulful – and with as much game – as himself. While no official word as of yet has been reported on whether a full length release will come out of the camp of this exciting duo, the rest of the world for pimp’s sake is eager to hear more. You can catch these two at the Stones Throw showcase on the 20th at Empire Garage & Control Room. 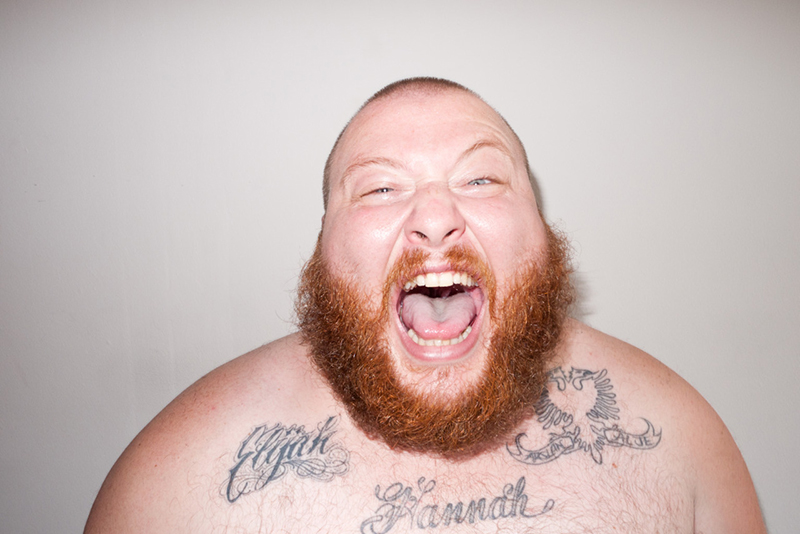 The Queens rapper has spent the last few years from his Statik Selektah-produced debut Well Done, dropping more bars laced with obscure wrestling references and paying homage to his past as a premier chef (“All the money chronological, it look like callaloo/Provide the crew designer suits, exotic foods, erotic nudes, and polished shoes”). The consistency of impressive releases he’s notched under his belt with collabs with Harry Fraud, Party Supplies. as well as The Alchemist have transcended the Flushings MC into a higher caliber of rap – all to prep him for his major debut this year, Mr. Wonderful. Bronsolino is one of the few dudes in the game who charismatically holds it down for the big dudes, and retains his relevance in pop culture effortlessly – the way only a true Kool G Rap head could. This is the man who Funkmaster Flex the other month called, “The nicest in the game right now” – and he’ll be playing CraveOnline’s showcase on March 21th along with several other shows you can see here. 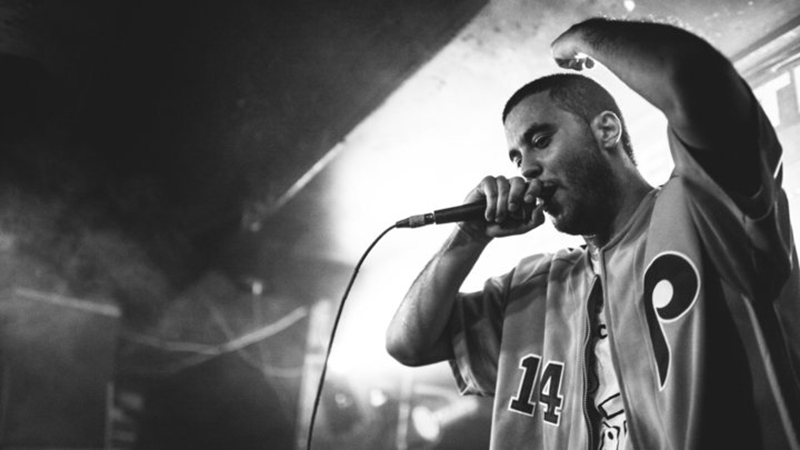 With punchlines and internal rhymes exuded in a strong raspy voice – clearly rooted in the ethos of an Illmatic-era New York rap scene – the arrival of Your Old Droog sparked one of the more bizarre moments to set the Internet ablaze last year. Apparently many thought he was an alter ego of Mr. Nasir Jones/Nas himself. It became the talk of almost all rap forums across the the ‘net, with people referencing the similarities to the Lost Tapes and hidden messages within rhymes, along with the recent revelation of Captain Murphy as the creative pseudonym of Flying Lotus. His self-titled Your Old Droog EP (Russian for friend) ended the year critically acclaimed, and he followed it up with an equally impressive Kinison mixtape that received the accolades of many in the industry. The Brooklyn cat later revealed his true identity to the masses via an interview with the New Yorker. The 25-year-old Ukrainian by way of Coney Island MC sold out his first concert last September at the venerable Webster Hall, and is pushing his way through the scene, representing this new generation of hip-hop revivalists in the digital realm. You can catch his set at the Okayplayer House on the 21st at the Bungalow on 92th Rainey St. 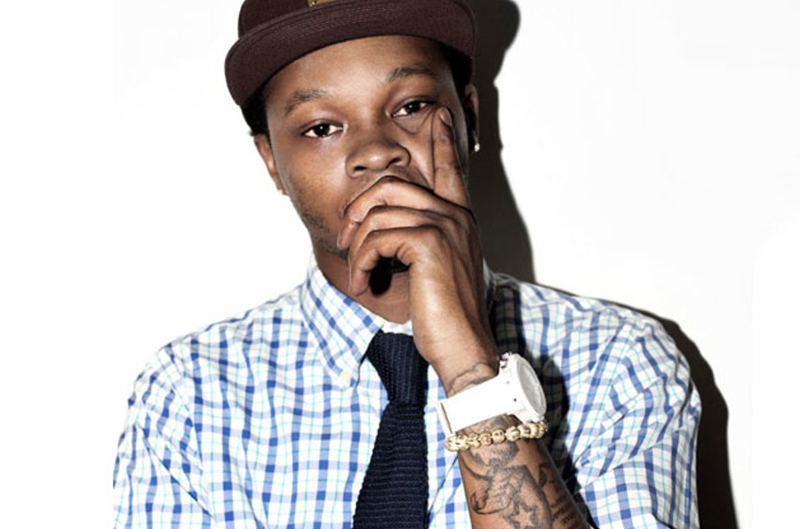 Rising to the mainstream profile with his successful guest appearance last year on Schoolboy Q’s late summer hit Studio, many are just now turning their eyes towards Motown Records signee BJ the Chicago Kid. Already a veteran in the game since 2001, he’s been making a name for himself, having written and worked on hits for the likes of Kanye West, Stevie Wonder, Kendrick Lamar, Ramsey Lewis, Lalah Hathaway, and Freddie Gibbs. After successive mixtapes and features on many of the early TDE releases, it was his Pinneaple Now-Laters project in 2012 that caught the eye of the old soulful home of Marvin Gaye and the Temptations. We’re now witnessing the development of arguably one of the few true soul singers in the game. Authenticity is something that we soak up and immediately connect to when we hear it, and that’s what BJ brings to the table: A sound that resonates well even amongst a generation of listeners accustomed to the bastardization of R&B by these ratchet artists – listeners perhaps unfamiliar with how a love song should make you feel. BJ dropped his M.A.F.E. mixtape this past November with strong features from Schoolboy Q, Freddie Gibbs, and others, and is is now focusing on finishing up his debut album this year. You can catch him live at the Floodfest showcase at the Cedar St. Courtyard on the 20th. 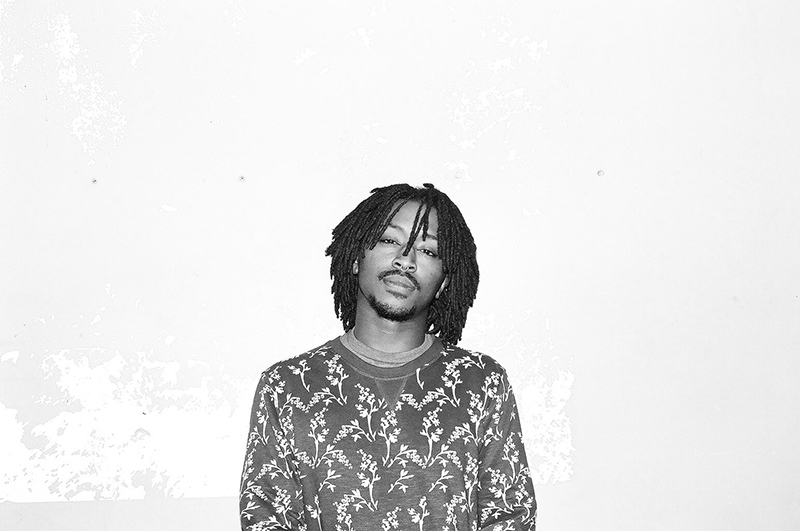 There’s something in the water out here in LA. I keep telling people this when they fall in love with another West Coast act. Since the release of Picture Book Memories, Iman Omari has stolen the hearts of people all around in tune with his passionate mastermind. Besides the fact that he is one of the best young producers in the game – earning some reputable production credits for acts like Overdoz, Moruf, Kendrick Lamar, and Tiron & Ayomari – his Samadhi EP in 2014 showcased his presence as a singer in this new new soulful world percolating out of Los Angeles. As a son of musicians, he has this ability to collaborate with a diverse cast of creatives, yet still leave an indelible mark on any project. This was the case with his joint album with New Jersey’s Moruf “Euphoria” in 2012. With flips made legendary on his Boiler Room set as well as appearances on Soulection, Iman is an influential face of this romantic and vibrant new sound rejuvenating the sound of the younger generation here in LA– along with names like Terrace Martin, THC, and Hit-Boy. He is persistently working on new material in his New Orleans studio, but you can find the soul searcher performing at the Beathaus showcase at Exploded Records on the 19th and at the Serato X Okayfuture showcase on the 21st at the Voodoo Room.

The editorial staff at TheHundreds.com are also highly anticipating Warm Brew, Jay 305, and OverDoz. at the official ICM Showcase on Friday, March 20, 2015. Read our interviews with those artists below. Todd Knaak
Todd takes a look at SXSW Film Festival's arsenal and breaks it down nice and easy so that you know exactly what to expect from the narrative feature category. Alexander Spit
Alexander Spit spends the day with OPM-affiliated rap trio Warm Brew, who are keeping West Coast women, weed, and weather vibes alive and well. Spit riffs on relevancy and the balance of each membe... Senay Kenfe
We sit down with rap quartet OverDoz. in the midst of working on their new album "2008" at THC studios, and talk about group dynamics and how the bubbling new West Coast hip-hop sound never really ... We the Last Real Ones Left :: An Interview with Jay 305

Alina Nguyen
Rapper Jay 305‘s unreleased upcoming album Taking All Bets, is in his words, “a motivation” – a drive to go all in. Born and raised in South Central, where he said people would tell him he wasn’t g...
HIDE COMMENTS