The Brazen Work of Matt Senna

Working in creative institutions has its advantages. Actually all it has is advantages. First you get to meet the people that actually get shit done. The end products you see on a McDonalds cup, or billboard or commercial come from genuine people. One of these people that creates culture every time he wakes up is Matt Senna. Matt and I have been attempting to do a project together for about 4 years now. We have some obese drug addict lawsuit-happy mutual friend in Atlanta. Matt’s latest ambition is bronzing adult holy grails. If that isn’t “brazen” I don’t know what is. 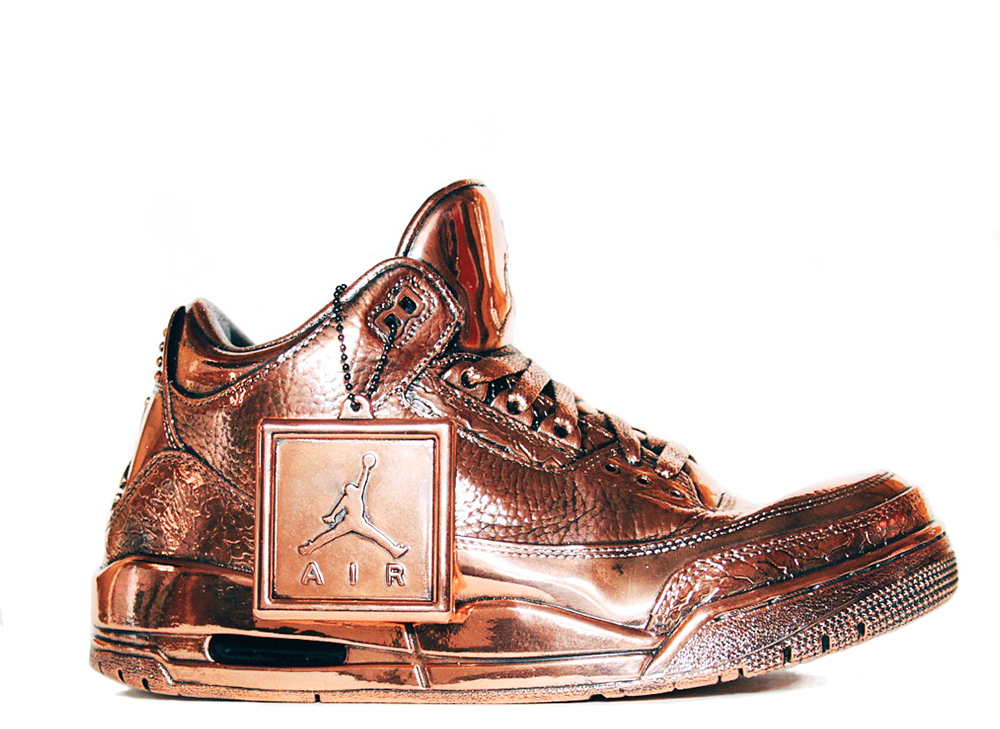 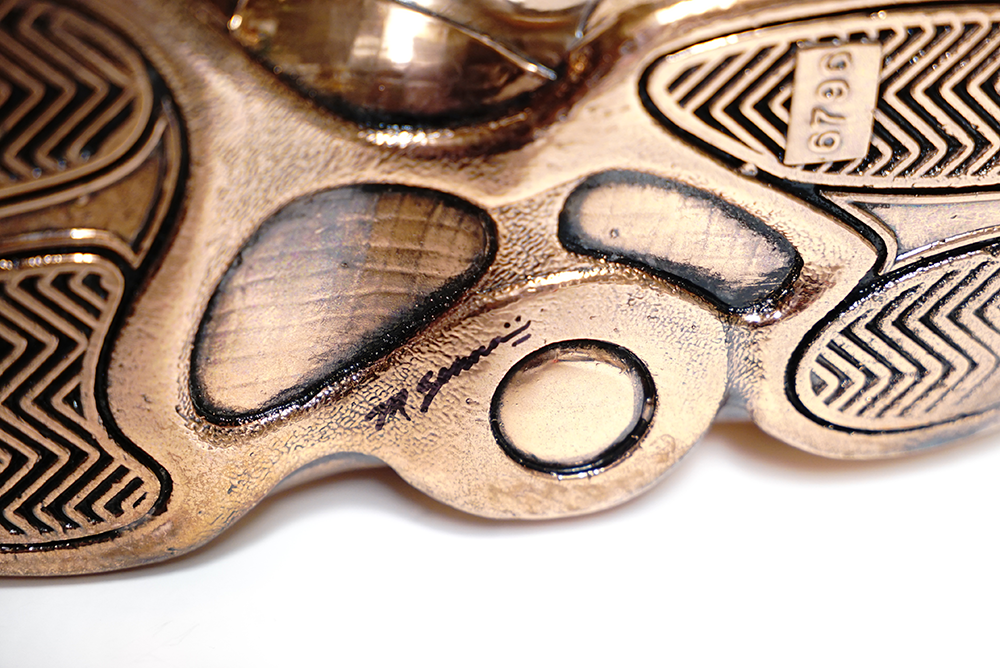 Who are you?
Matt Senna or MSenna  I’m a conceptual mixed media artist and designer.

Why did you do this to a perfect Jordan?
I knew it would make you angry.

Can you put bronze on anything?  Like my ex wife?
I bronzed all over your ex wife. 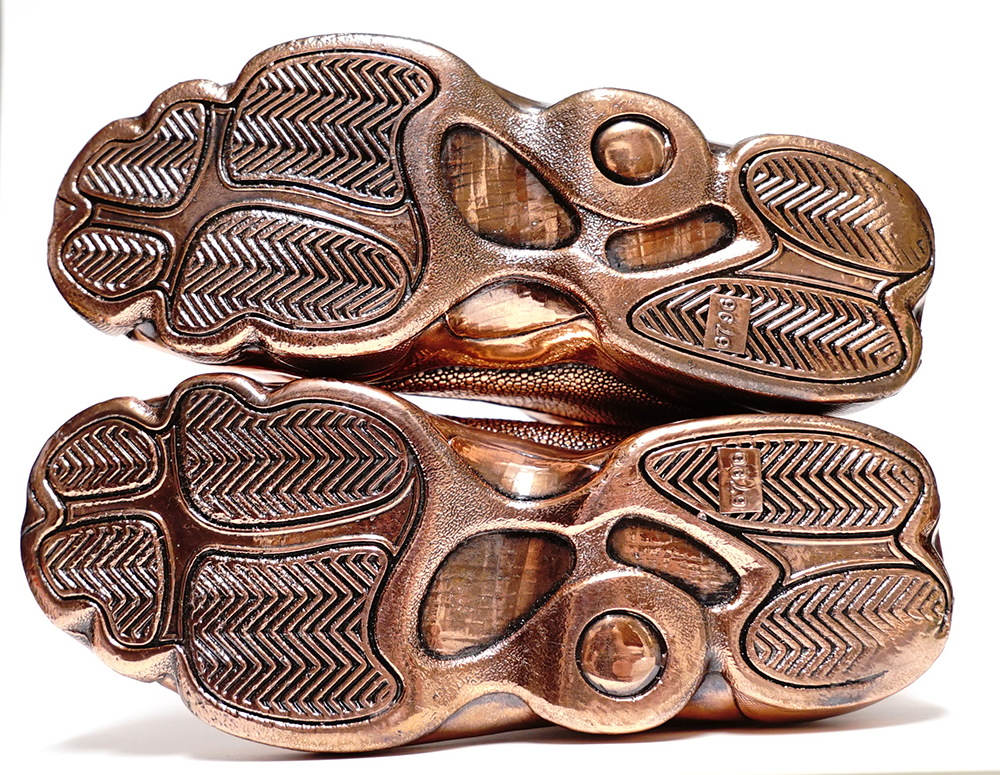 Are you making a statement on art, culture and commerce and if so, do I get it?
I think you get it. we’ve spoken about it. I like to leave the interpretation of my art up to the viewer to decide the meaning behind it.

I have a tendency to create art that isn’t entirely obvious in its intention whether it be positive or negative. As a result, I’ll get two people with entirely opposite interpretations of a piece, and to me, that means for one person it sparked one emotion and the other it sparked the opposite, but it made them both think, and that’s my only intention, to make people think for themselves.

Growing up, I was a big Jordan head and the brand honestly changed my life, not only by inspiring me athletically but by teaching me about brand development. I literally studied the brand and the moves they made, so to me these may mean one thing, but that not the reason I made them.  I made these because I think there is an interesting contrast in wether they’re are paying homage to the history of these iconic shoes by freezing them in time, or if its an exploitation of the culture and statement about the pedestals we place these brands and materialistic items on by creating these sculptures of them.

Is there any end to your cruelty?
Not in the near future.

Where can I see more of your work?
You can see it at msenna.com or on my Instagram @msenna or here (http://www.lacma.org) in the near future. 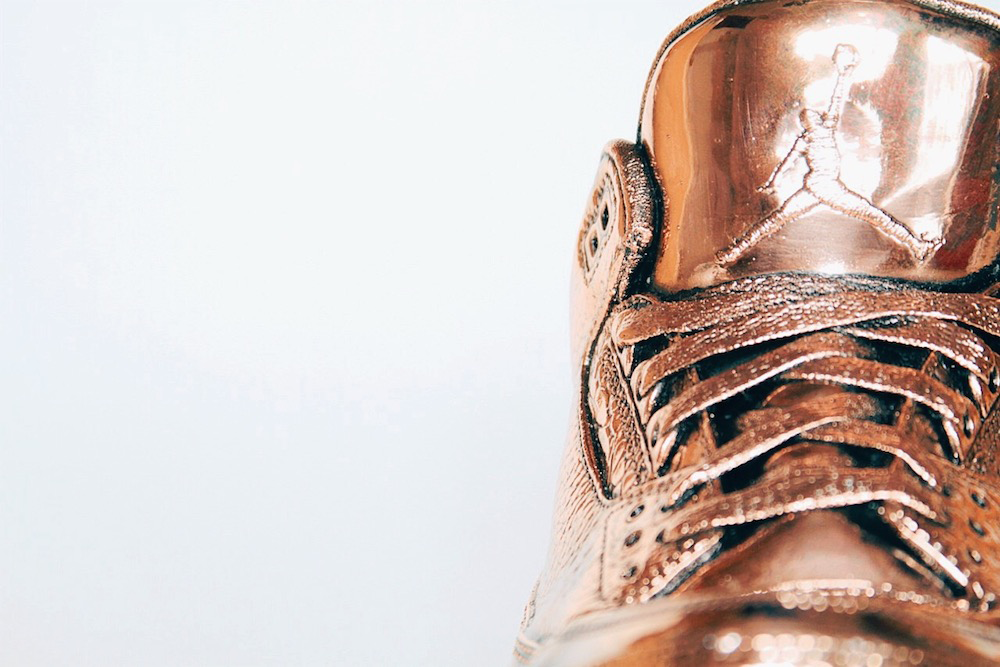 Is the original shoe still living in there?
Not at all. So stop asking if you can wear them.

You understand how difficult this process is. How did metalsmiths from the bronze age ever get this done?
It’s remarkable the stuff they used to do. The attention to detail and the mastery was unparalleled. I’ve really been into sculpting recently because it’s one of the few things that’s gotten me away from everything digital, there is no matching creating something with your own hands. People just don’t do it the way those guys used to. 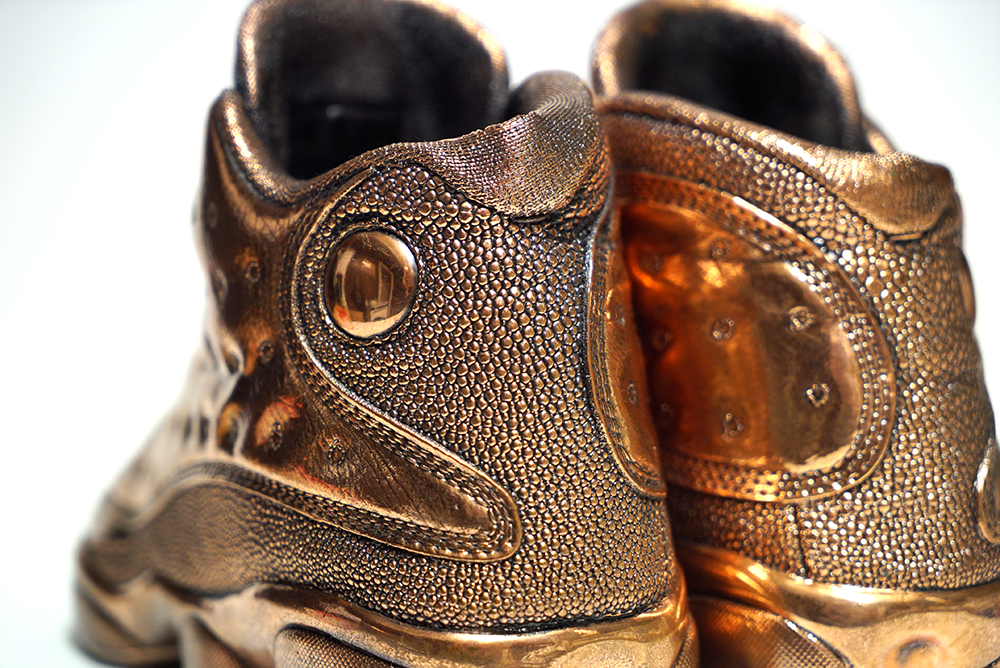 What are you going to dip in bronze next?
Besides your ex-wife? I’ve got some other pieces from this series that I’m working on with bronze that will be released over the upcoming months, then I have some other mediums I’ll be working with as well…

Did you even think about dipping gold in Bronze?
Yes. Then 2 Chainz told me it was a terrible idea.

What would you like to say that I haven’t asked?
Thank you Rob. and thank you Ricky Henderson for making this happen…  And stay tuned. 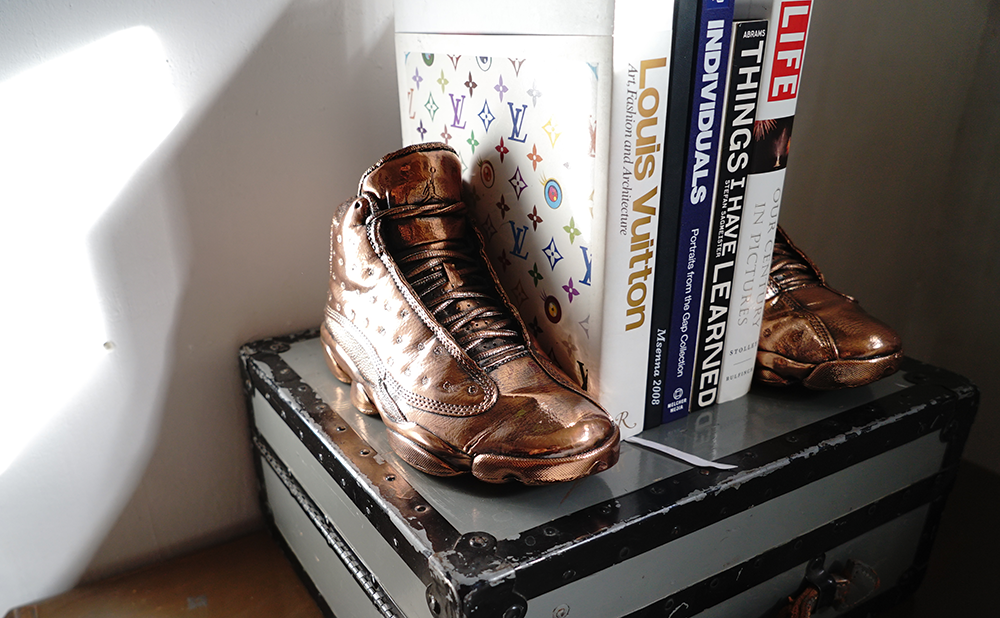