Maybe we’re a little bit biased, but we’re not alone when we say that LA is a special city. Photographer and occasional The Hundreds contributor Karl Hab agrees. As a Parisian looking at LA through the eyes of an outsider, his admiration for the city can be seen through a personal love letter—his first hardcover book titled 24 Hours Los Angeles.

In his words, LA is more than just a bustling urban space. “I discovered an atmosphere, a vibe, a feeling, something that can only be described using pictures… I tried to show in this book how LA feels to me, trying to capture a certain essence of this city from a different point of view.”

The pictures from the book range sporadically from 2007 to 2015—all different times Karl found himself in the city. His intentions were never to compile his photography specifically to make a book—he was just enjoying the scenery. It turns out that LA is pretty damn photogenic, though. “There is a special feeling when you come to LA, and it starts when you exit the airport. It’s something so special that it’s hard to explain with words, especially when it comes to the beauty and the buzz of this city,” he remarks.

There are no page numbers in the book. Instead, the pages correspond to different hours of the day—morning to evening—when the photos were shot. Additionally, some of the photos’ captions are GPS coordinates, encouraging readers to journey to the same spots where the photos were taken.

24H Los Angeles has already gained some notable supporters. The introduction of the book was written by the New York-based artist Daniel Arsham, Hab had an in-store signing at respected Parisian boutique colette, an opening reception at LA’s own HVW8 gallery, and a unique installation at the Standard Hotel. Check out some notes from Karl about the book below, and find out how to get your own copy here.

“The cover shows the well known Venice skateboard bowl, but in black and white, it expresses something dark about LA. Respecting the chromatic order was the main challenge of this project, as the book progresses from cold to warmer tones.” 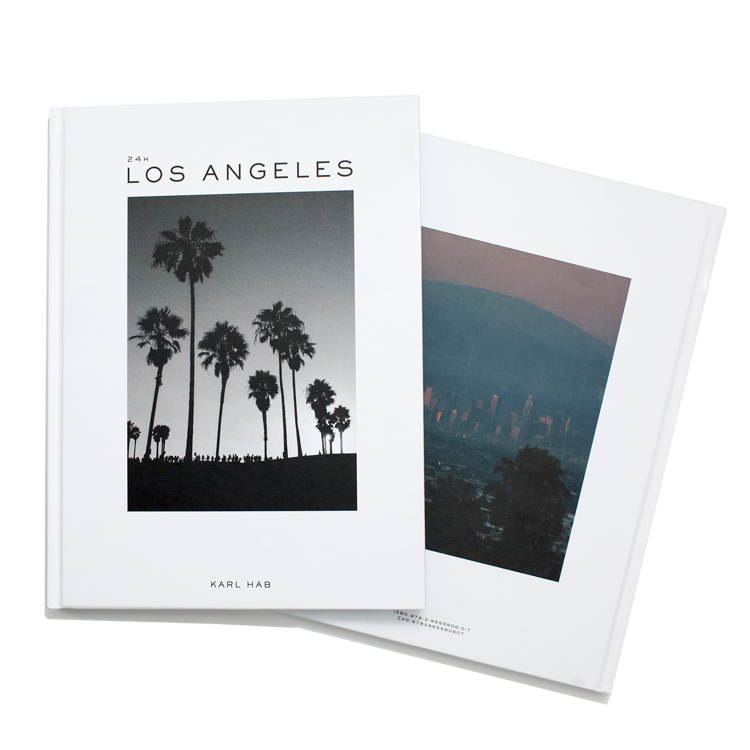 “The famous basketball court in Venice. This picture on the left was taken with a digital camera, respecting the colors of the moment as much as I can. Nowadays, we all want to add a filter to enhance our shots, but it wasn’t the idea of the whole project. On the right, the picture was shot with the a film camera using a Kodak Portra 400 ISO film—one of the better films ever made.” 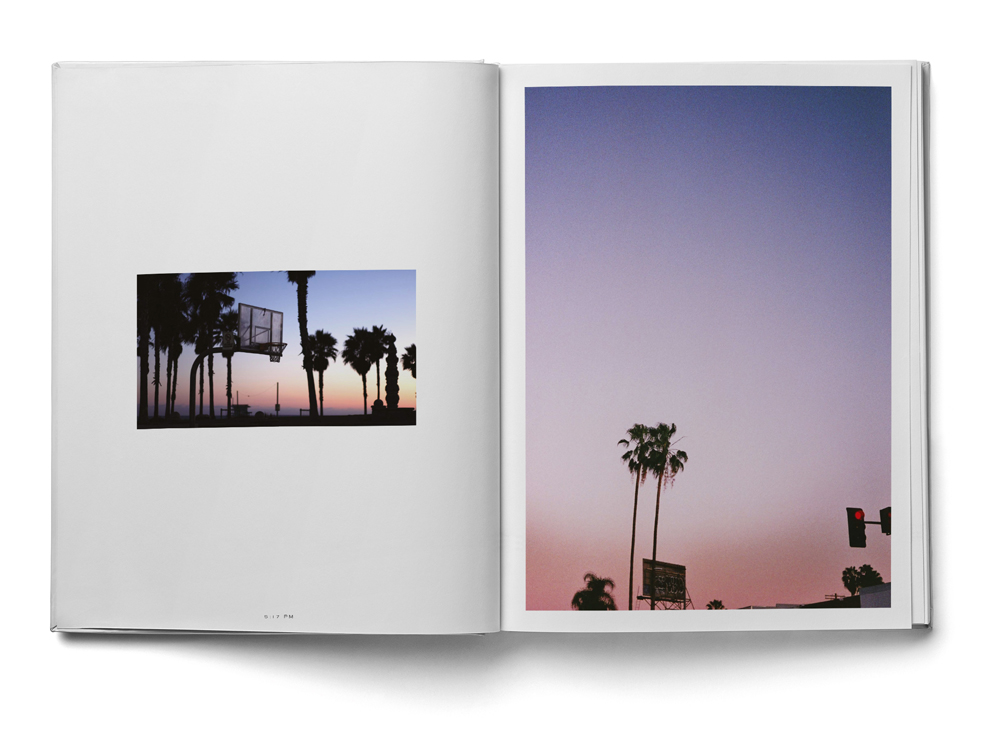 “Here’s one perfect example of the multiple aerial shots featured in the book—this is DTLA.” 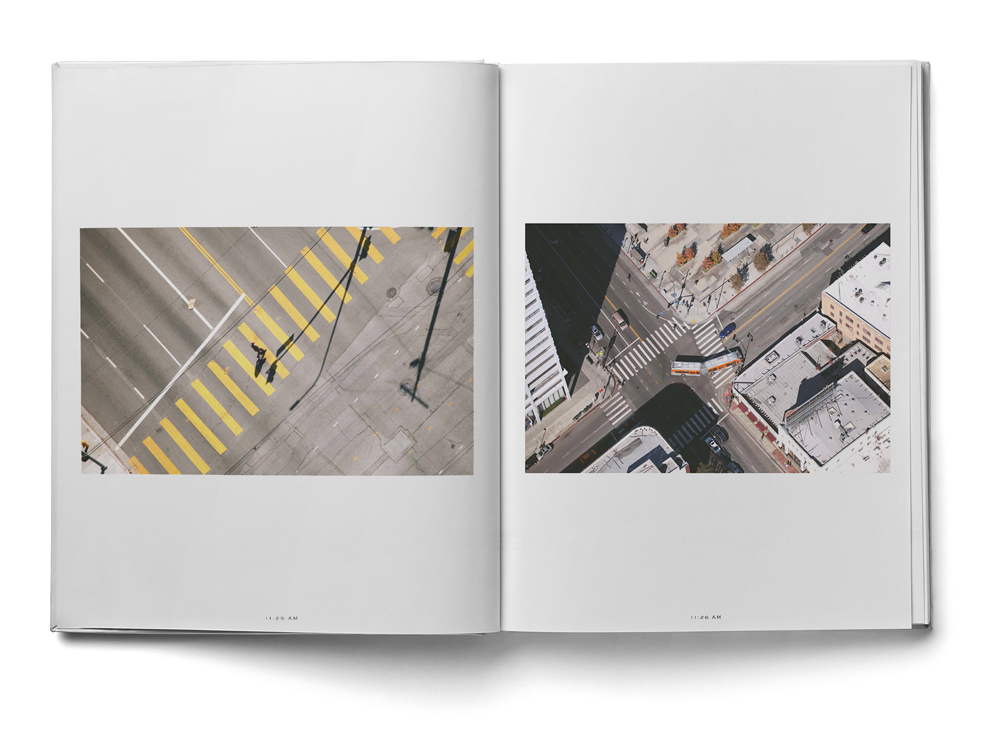 “At the end of the day, when the colors became unreal.” 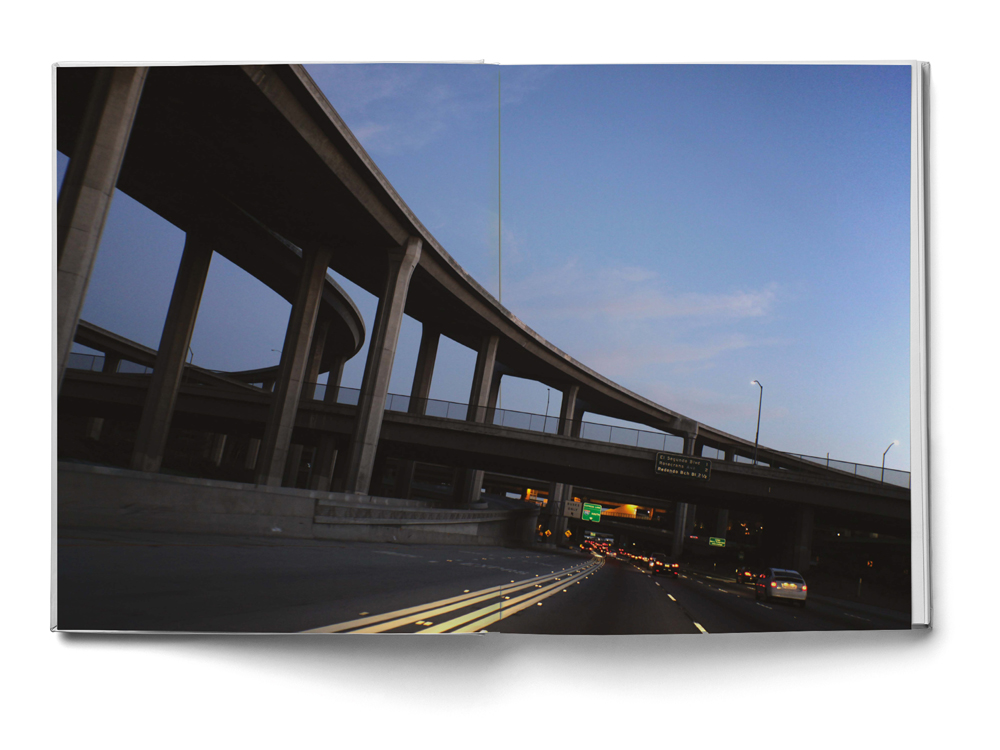 On the absence of portraits or people in his book: “We do not see people. Why? Because that’s not its purpose, it has a certain characteristic—you can open it several years later and it’ll always be the same, as if nothing has changed.” 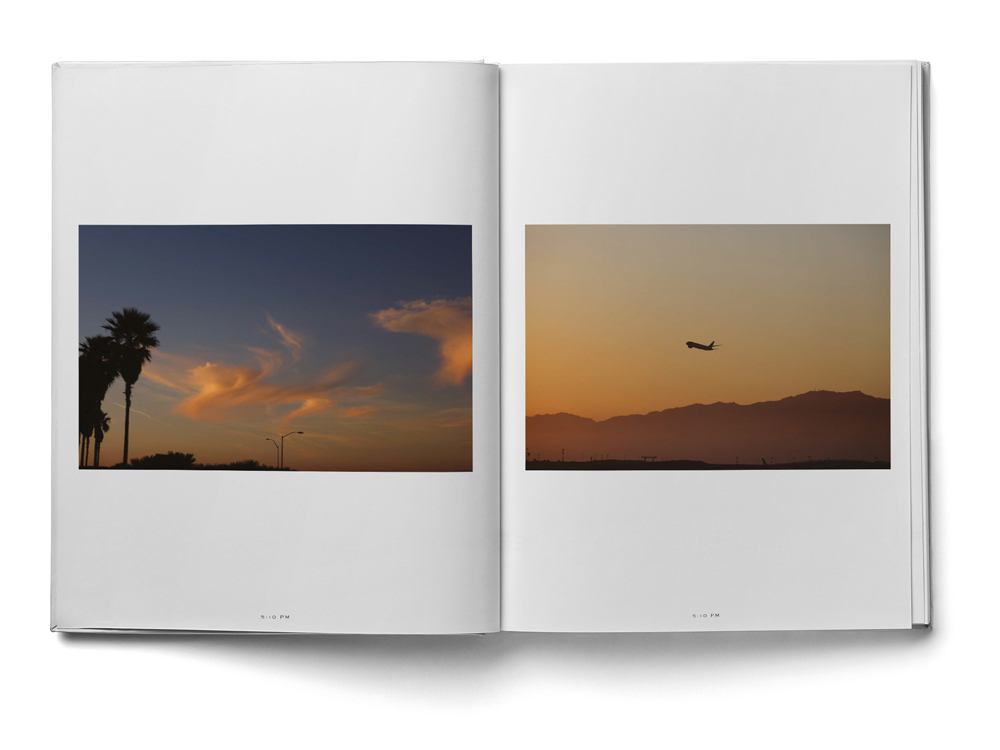 “All the pictures from the air are taken from a Robinson R22 helicopter based in Torrance Airport. For the best results, I asked to remove the doors of the chopper.” 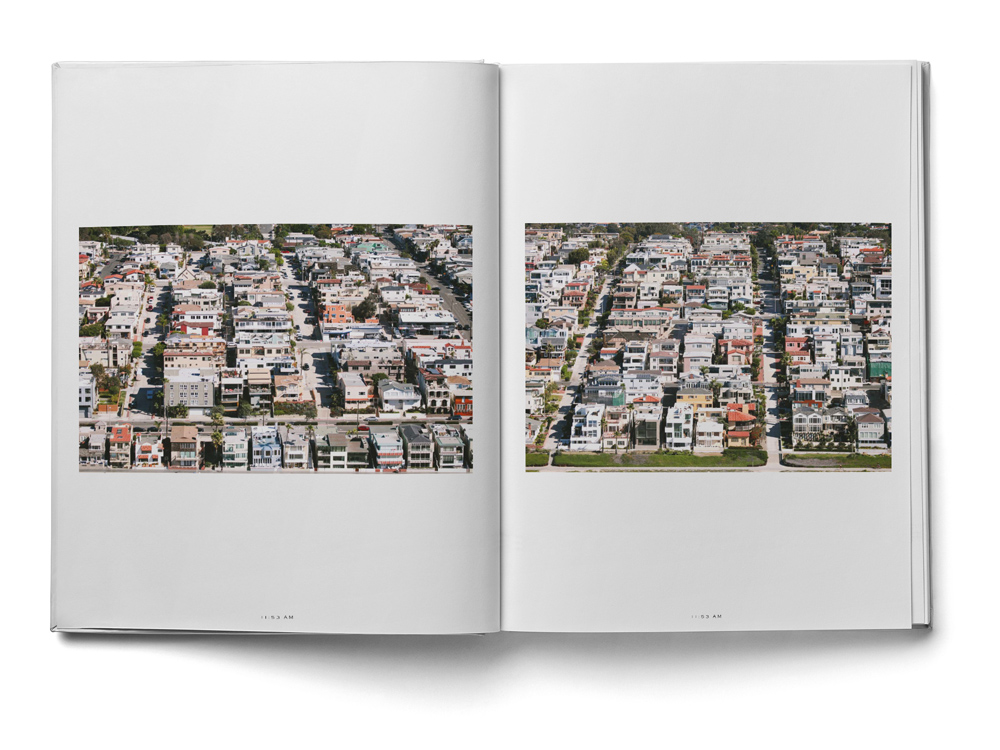 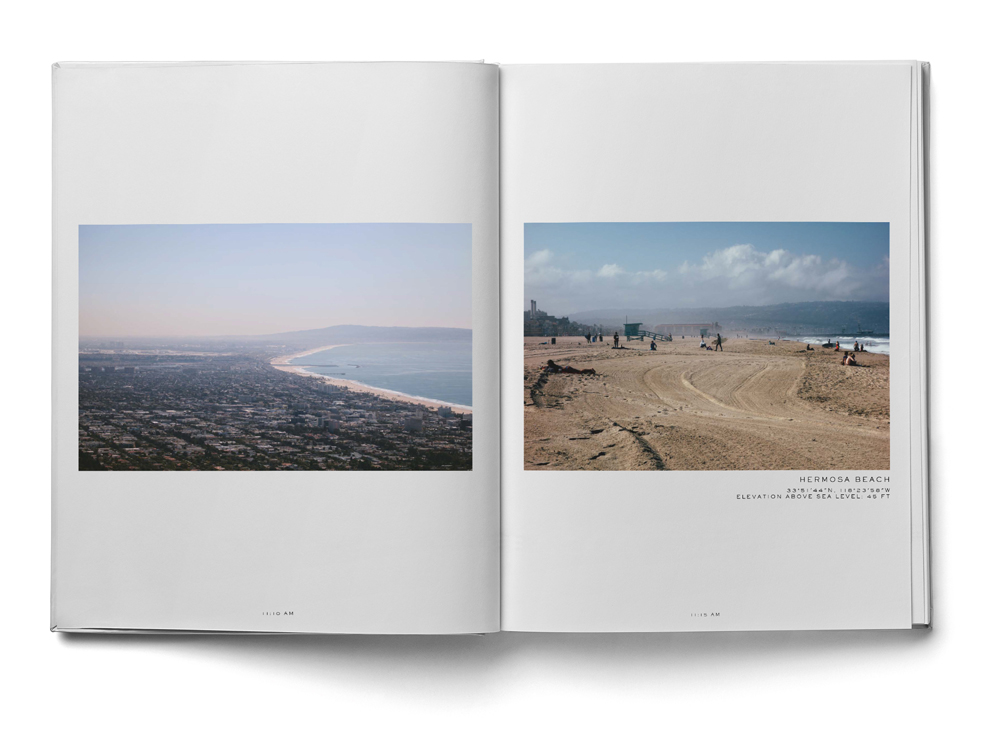 Photos of the book signing at colette: 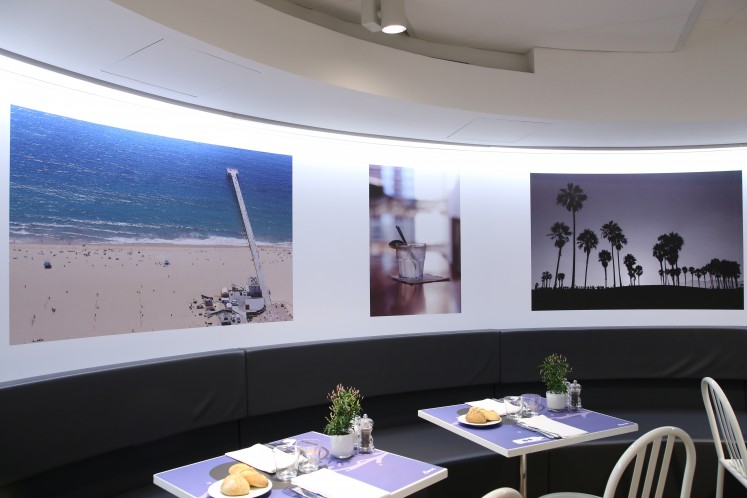 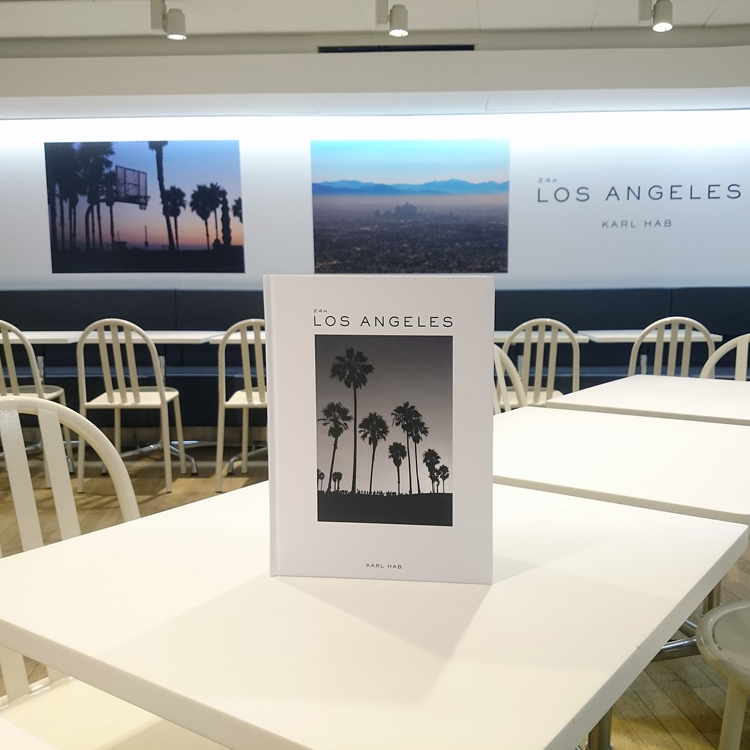 From the opening at the HVW8 Gallery: 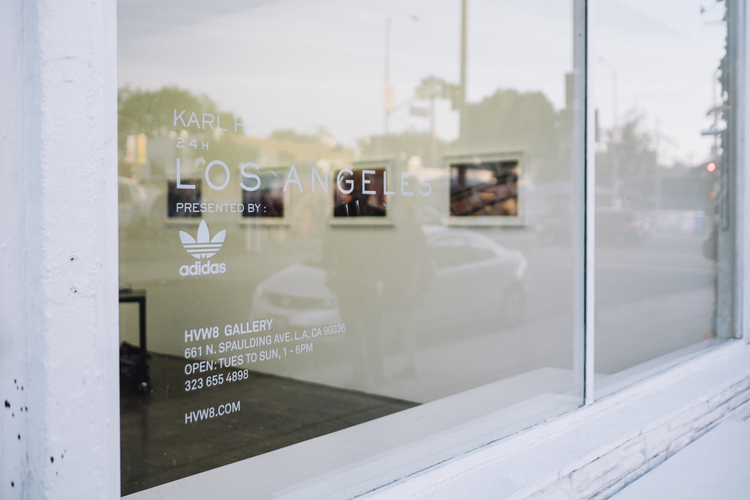 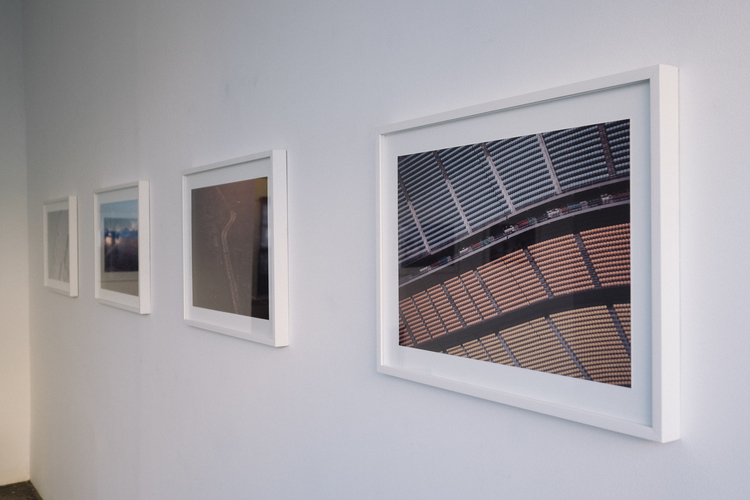 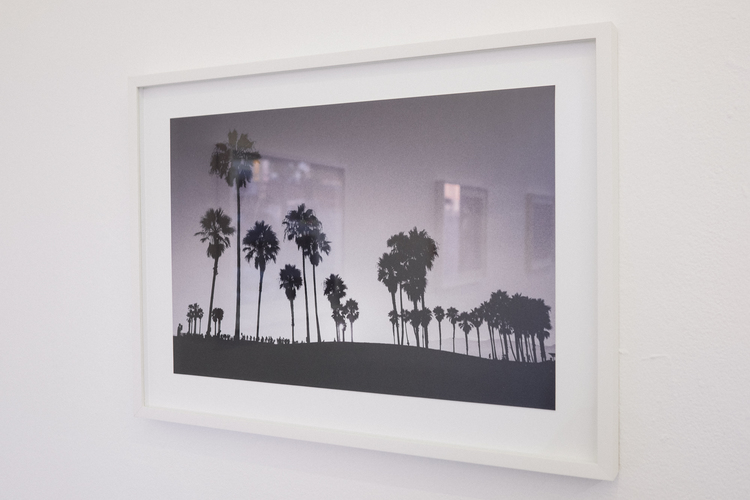 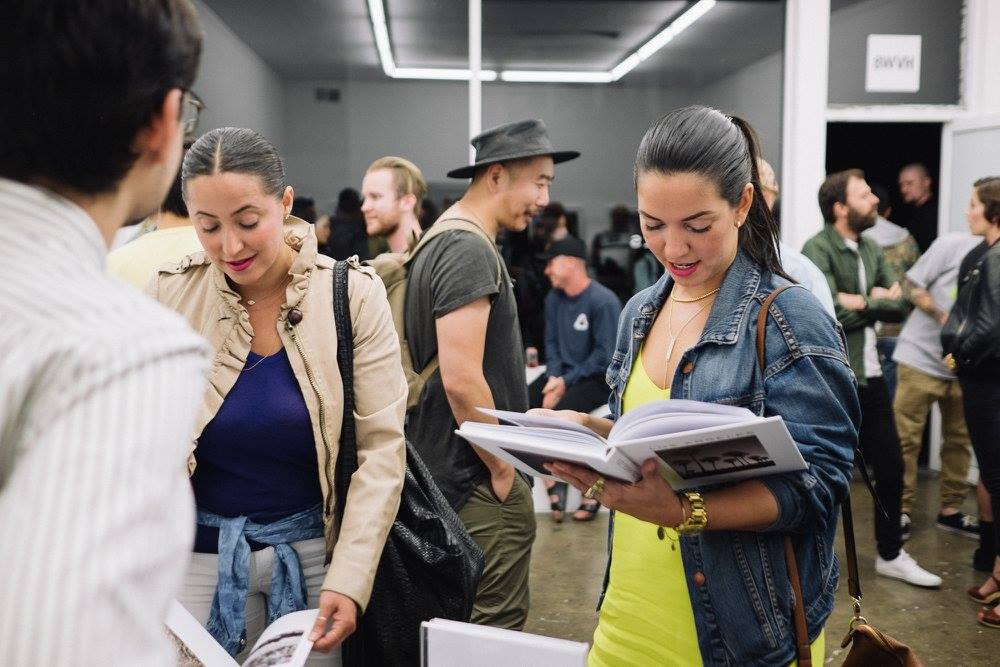 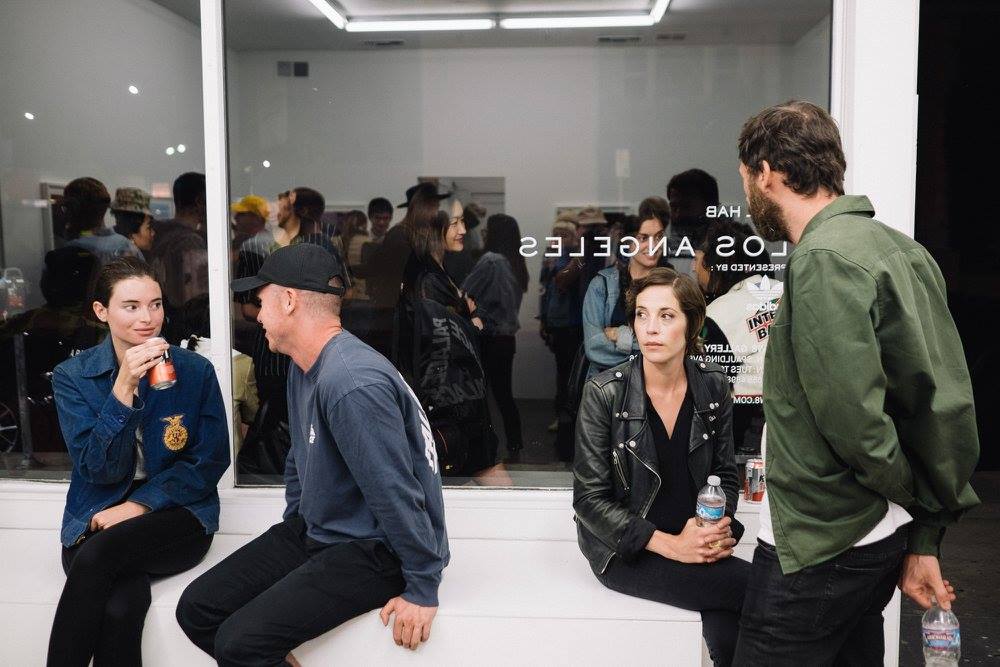 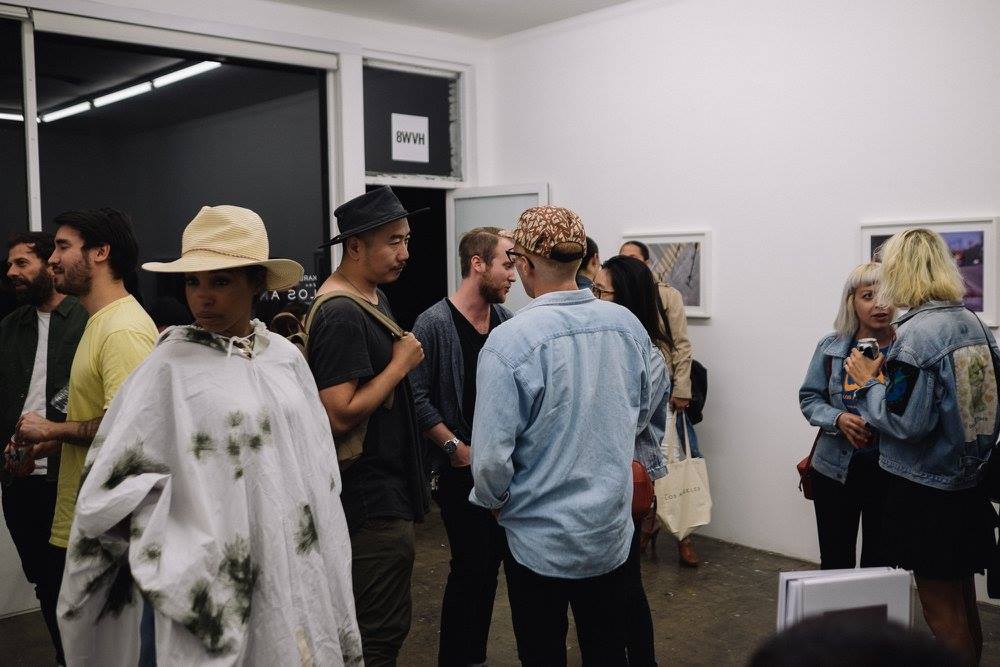 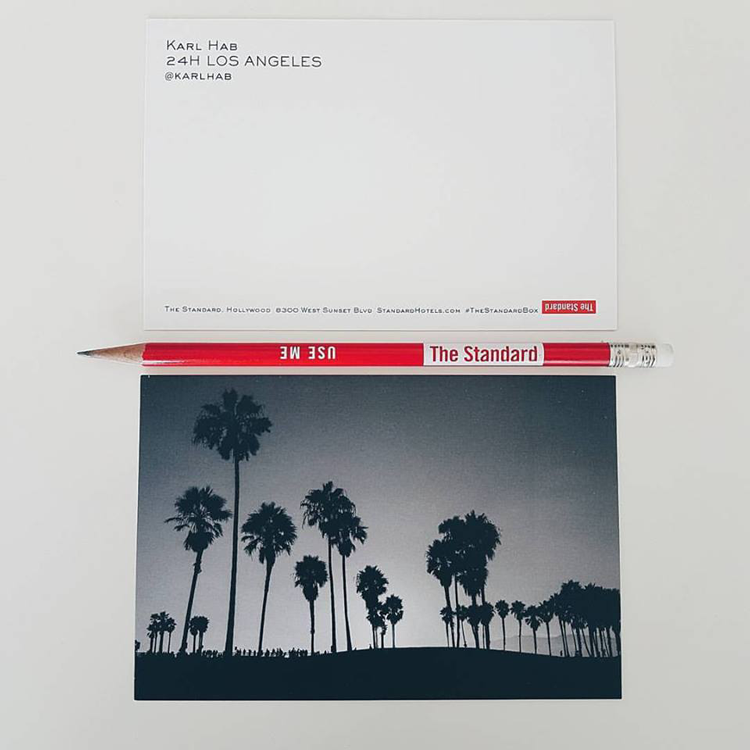 All postcards available in rooms of the Standard Hotel. 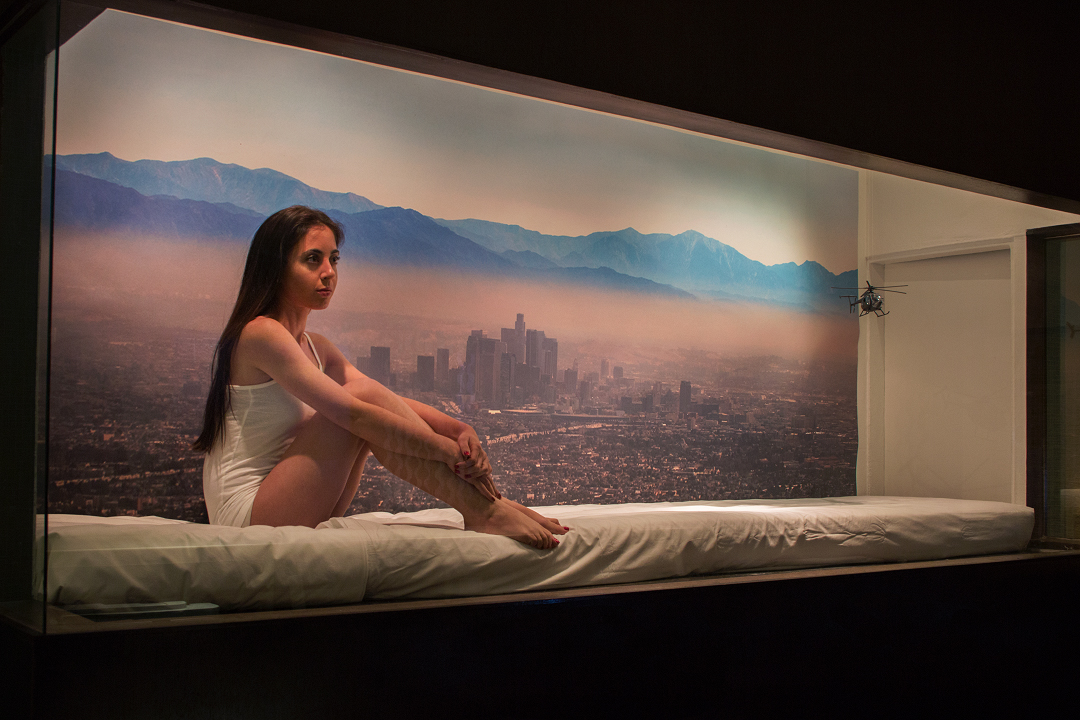 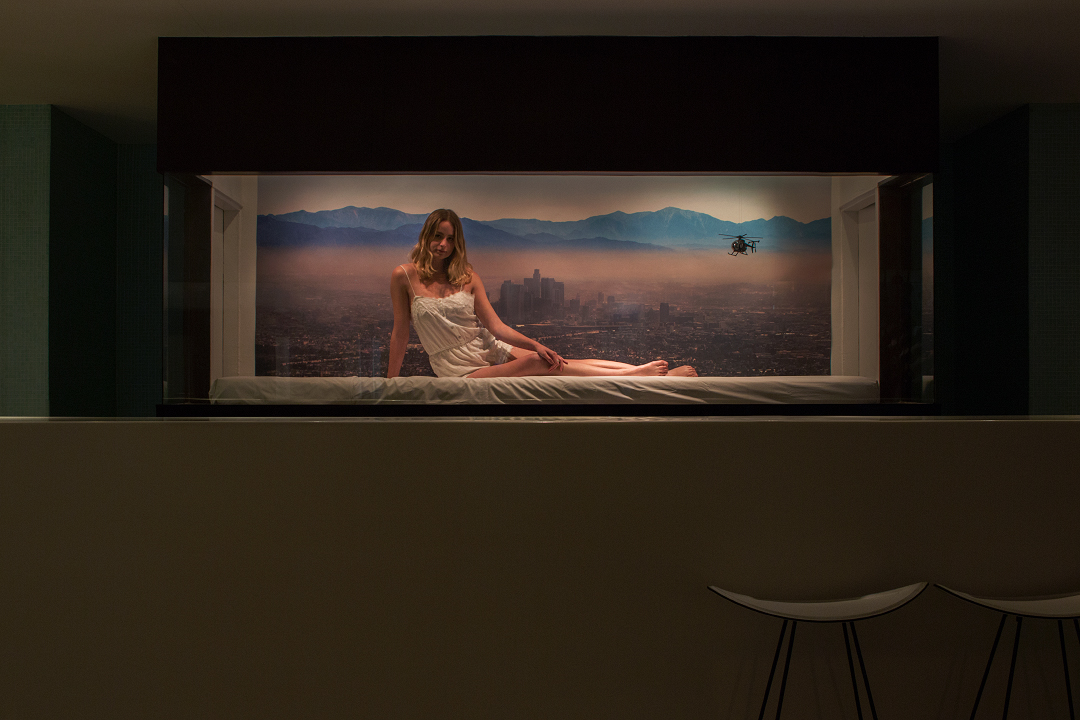 Credits to Melissa Manning/thelookpartnership.com for The Standard, Hollywood

More info about the book here can be found here: 24hlosangeles.