As an adolescent aspiring musician, Prince says he “fed off Grime, U.K. rap, and [American] hip-hop” to develop his own signature style.

Drawing inspiration from the three eclectic genres, in addition to his own maturation, has placed Prince in an introspective space. Earlier this year, the 22-year-old dreadlocked emcee dropped his fifth EP, BeFOR Our Time—a nine-track narrative derived directly from Prince’s personal life experiences. The EP’s title is a double entendre; it’s a nod to the golden era of hip-hop that took place in the States in the nineties and a statement reflecting Prince’s foresight on where he envisions the music going within his city in the future.

“BeFOR Our Time is a project I hold close to me because it didn’t just have an impact on my life, but it really was a project that connected with the people,” Prince says. “And as long as I can keep connecting with people and keep inspiring and encouraging people, then I know I’m doing something right.”

The Hundreds recently caught up with Jay Prince to talk about his latest EP BeFOR Our Time, the difference between performing in the U.K. and the U.S., and whether he feels he’s “made it.” 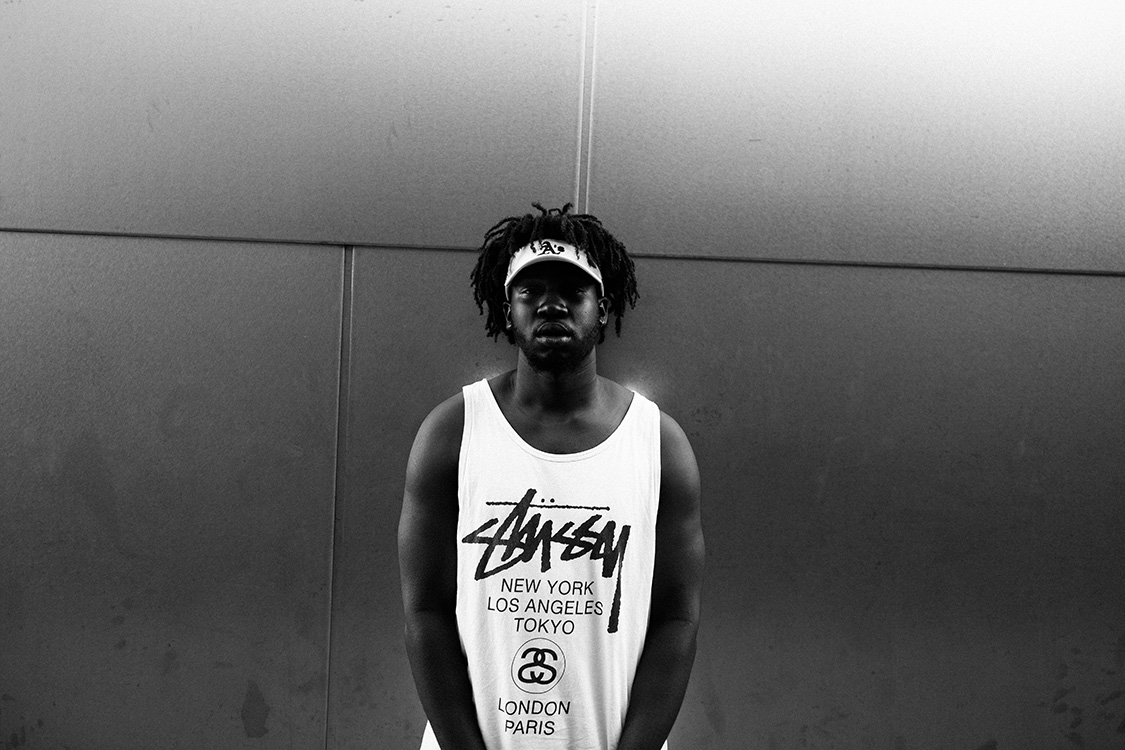 CHRIS HARRIS: Do you remember the moment when you first fell in love with hip-hop and realized you wanted to rap?
JAY PRINCE: I remember falling in love with music as a whole, and that was when I was about 14. That’s when I really started getting into music and it wasn’t necessarily hip-hop that I got into at first, it was just music as a whole—as at that age I was playing instruments so I would play anything. But as time went on, I think that it was just a case of hip-hop naturally being a part of my life—growing up on it amongst many other genres, which I have as much love for too.

Can you describe the hip-hop scene in London?
London oozes with culture from Grime to UK rap, to UK hip-hop, to hip-hop. And [it] has always been growing, it has helped me and shaped the person I am today. I fed off Grime, UK Rap, and hip-hop to develop the style I have currently. It’s forever evolving and developing and more musicians and artists are being inspired by the culture of music and arts in London. Hip-hop inspires all. 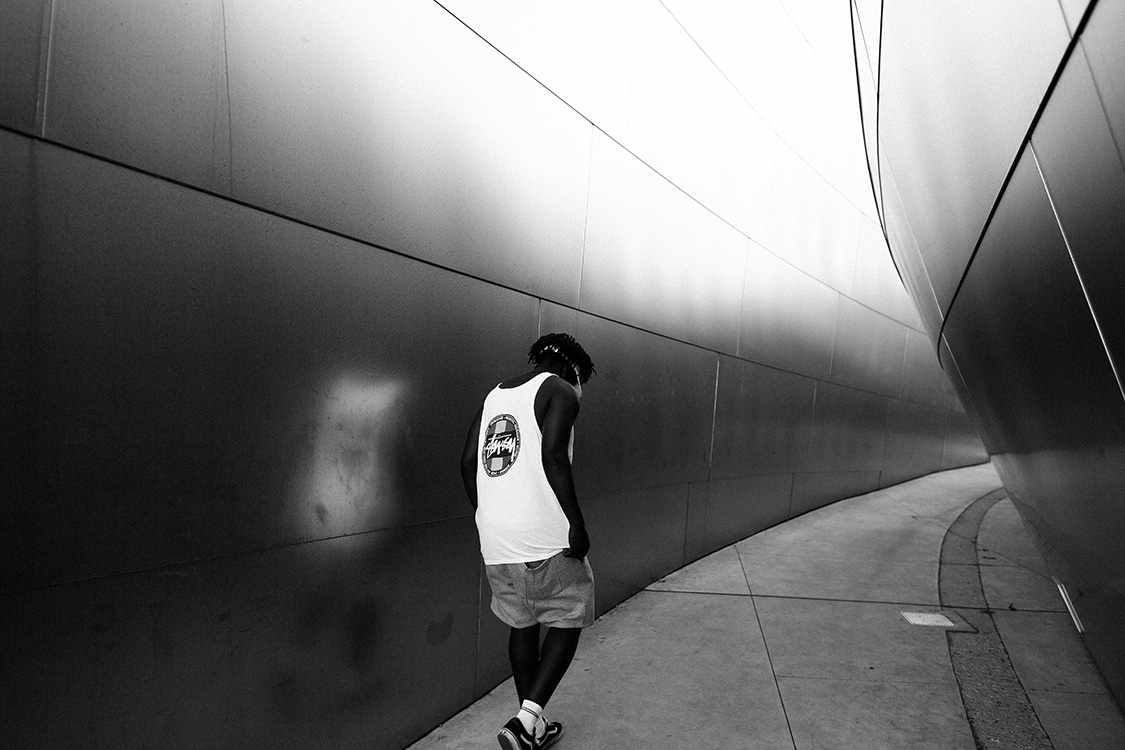 Do you believe it’s becoming easier for rappers in the U.K. to spread their music to the States, and internationally?
I think the Internet makes music accessible for artists globally whether it be the U.K., Asia, or Africa. The Internet and social media really play a big part in today’s culture. It’s a part of it. It’s a platform for upcoming people, and people who are already well known. It’s a place where territory can be competed for equally, which I think is great. Do I think it’s becoming easier? I think putting music out there for people to hear is easy to do, but with so many people doing it, you have to stand out and that’s always been the thing. Pre-Internet, having to show what makes you different from the person that’s aiming for the same thing you are aiming for—whatever that may be.

“AS LONG AS I CAN KEEP CONNECTING WITH PEOPLE AND KEEP INSPIRING AND ENCOURAGING PEOPLE, THEN I KNOW I’M DOING SOMETHING RIGHT.”

What experiences helped you create BeFOR Our Time?
Life experiences really played a big part in the project; growing up, facing a transition in life at a young age, and just really telling a story about me, love, life, and the passion I have for music and where I feel I could take it. BeFOR Our Time is a project and still will be a project I hold close to me because it didn’t just have an impact on my life, but it really was a project that connected with the people. And as long as I can keep connecting with people and keep inspiring and encouraging people, then I know I’m doing something right.

Is it important for you to include a message in your music?
For me, yes. I always want to teach people and pass on knowledge on what has been taught to me and from things that have inspired me to be the person I am today. I’m not the only one in this world that has thought the things I have thought and said in my music. There are many out there like-minded, but just don’t have the voice to express themselves. I’d like to think I speak for many people than myself and what I say is never for self-satisfaction—it’s always to push the culture forward whichever way possible and inspire young or old. We are all in this together. Music is about bringing people together and coming up together. 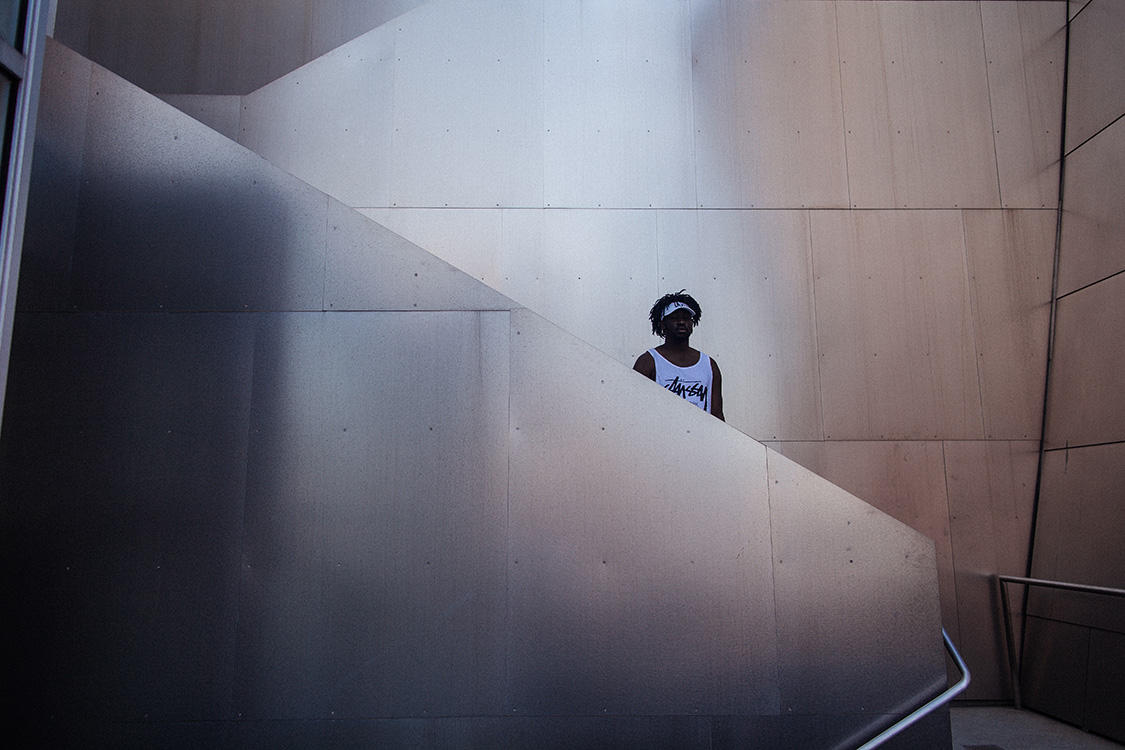 You were recently featured on Instagram’s music page where you spoke on your passion for photography. When did you discover you were also into photography?
I just love visual aesthetics when I write music. I always tend to have a visual for what I’m writing in mind so I think that came hand in hand with my passion for photography. It was always something therapeutic to do for me just to escape, get away, and just document my perception of things and places—which I’ve always wanted to do visually aside from music. And today it’s just developed and grown into something that has become part of my art to give to the world.

“I JUST LOVE VISUAL AESTHETICS WHEN I WRITE MUSIC.”

How have you intertwined your love for photography with your music?
They both really go hand in hand for me with writing music. I usually have a visual sense of what I’m writing and how I’d want the words or the song to look like if visuals were ever made for the music. With photography, when I’m shooting, I’m usually listening to music whilst I’m shooting and it plays a part in the inspiration for creativity. 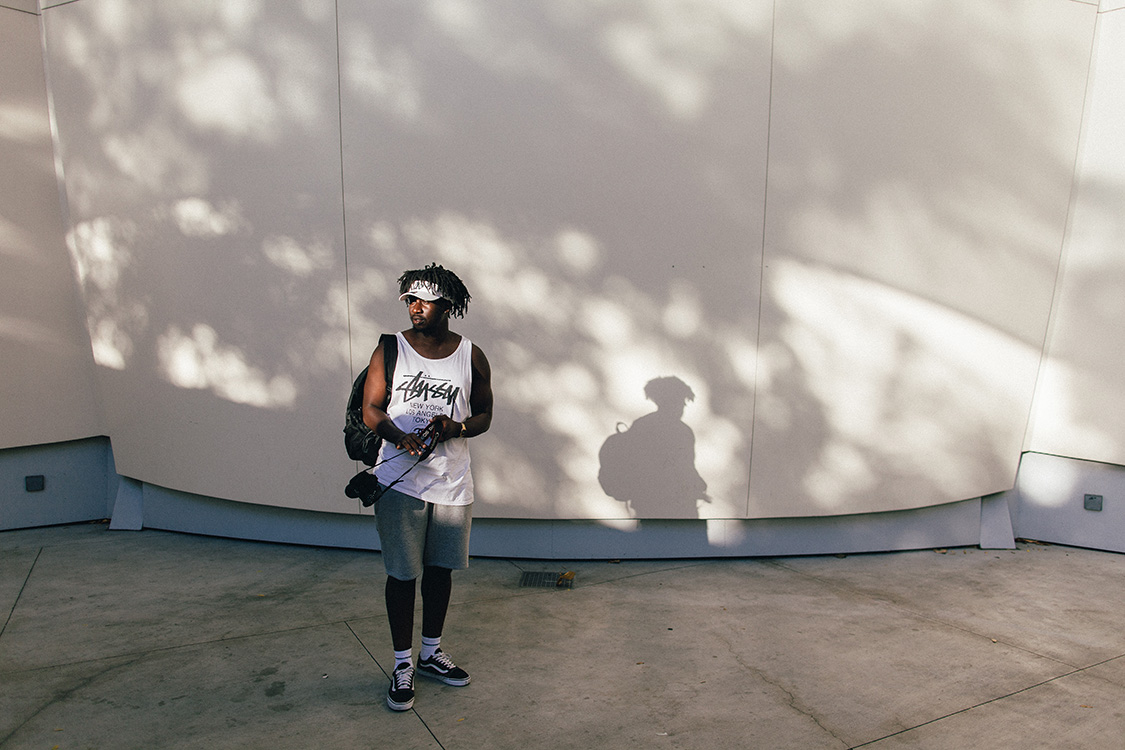 What are some of your other hobbies?
Asides from music and photography, I like to keep myself real active. After being on tour in the States, it really made me realize how important it is to take care of yourself and your body. As a kid, I played a lot of sports, football—soccer—being the main sport I played [and] another thing I also have a passion for. So in my spare time, when I do have the time, I play a lot of football, try to stay in shape and just stay active. Another hobby which I see developing into another passion is film. I write a lot of film treatments and ideas for myself to use in the future. I previously shot and directed my own short film named Notes, and I plan to shoot more films in the future too.

Can you remember an experience you’ve had recently that made you feel like you “made it.” Maybe, hearing your record on BBC Radio...
I don’t think I’ve had that feeling of “made it” yet, as I don’t really measure my career on those types of statements. But what I will say is that, what makes me happy the most is when people tell me they get inspired by my music, or seeing that my music has reached new heights and has allowed me to perform in places and visit places I have never thought of going my entire life. Even being played on the radio and by some of the most respected people, whether it be a big or small radio station. All of it to me, means a lot and I appreciate everyone that shows me love or my music and that’s what keeps me going and inspired—the people. Tom Winslade
An interview with Samuel Ross of London's A-Cold-Wall, a unique brand concept with a vision to reinvent a now-long-gone notion of streetwear: To document true UK street culture.