When I was in school around age 12, back around ’96, I had to write an “About Me” for the future, all the way through to predicting my own death. A few things… Isn’t that a little messed up that my teacher had me put a number on when I would die? (From memory, I said I was 90, so don’t cry for me, I’m sweet, I’ve got plenty of time.) More importantly, I made a few points in there that have remained pretty close to my actual life timeline. I said that I was a professional skateboarder, and a cartoonist, and of course I drew all my own board graphics in this rose-tinted mythical future world.

Flash forward: I’m now 30, I still ride a skateboard everyday (badly) but I love it, I’m not a cartoonist per se, but I do get paid money to draw pictures of all kinds of stuff, and rounding that out, I was asked to design and paint a Girl Skateboards doll to go on display as part of the skate brand’s 20 year celebrations about a year or so ago. That doll then went on to become a limited edition graphic for a 4 artist series of pro boards as a collaboration with Australian skateboard store Fast Times, with mine being used for a Guy Mariano pro board. Look, I know pre-pubescent me didn’t make an exact prediction of how I would design a pro board, but it’s in the same ballpark, it has my name on the top, it’s Guy freakin’ Mariano… I’m gonna claim it. 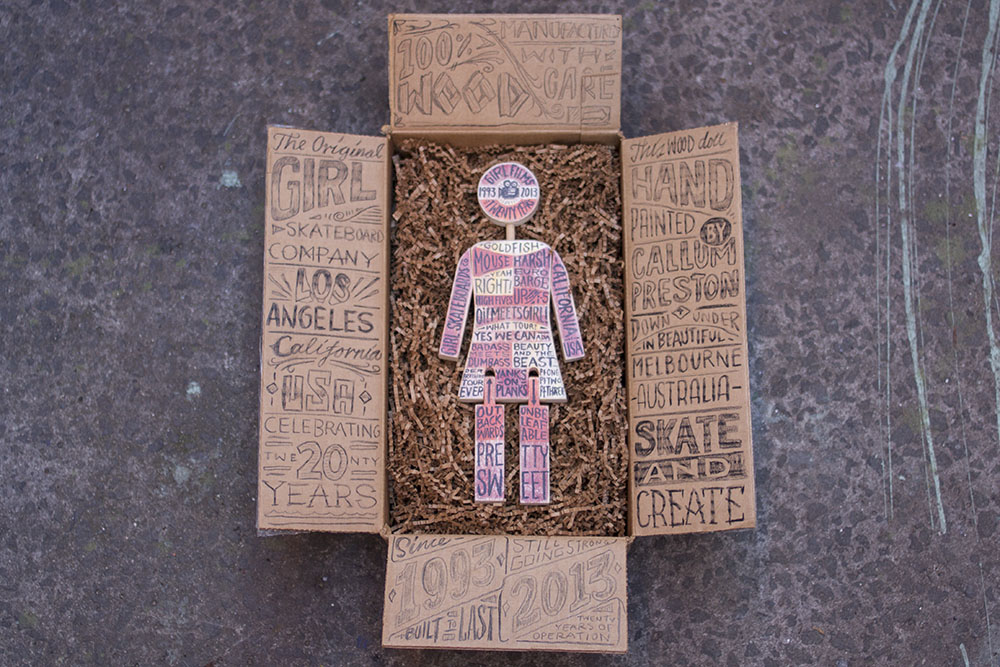 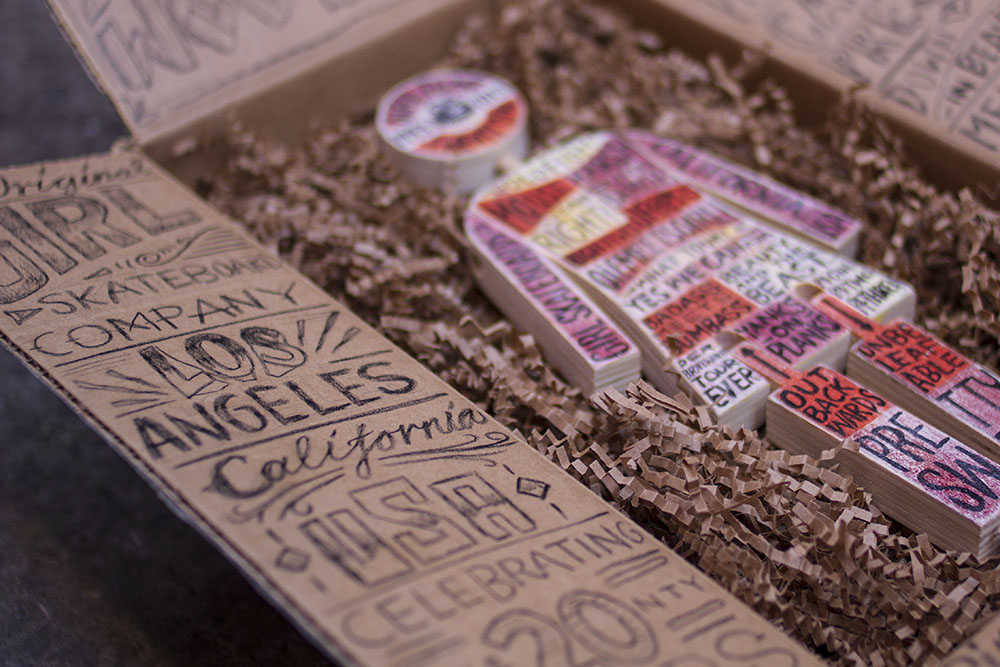 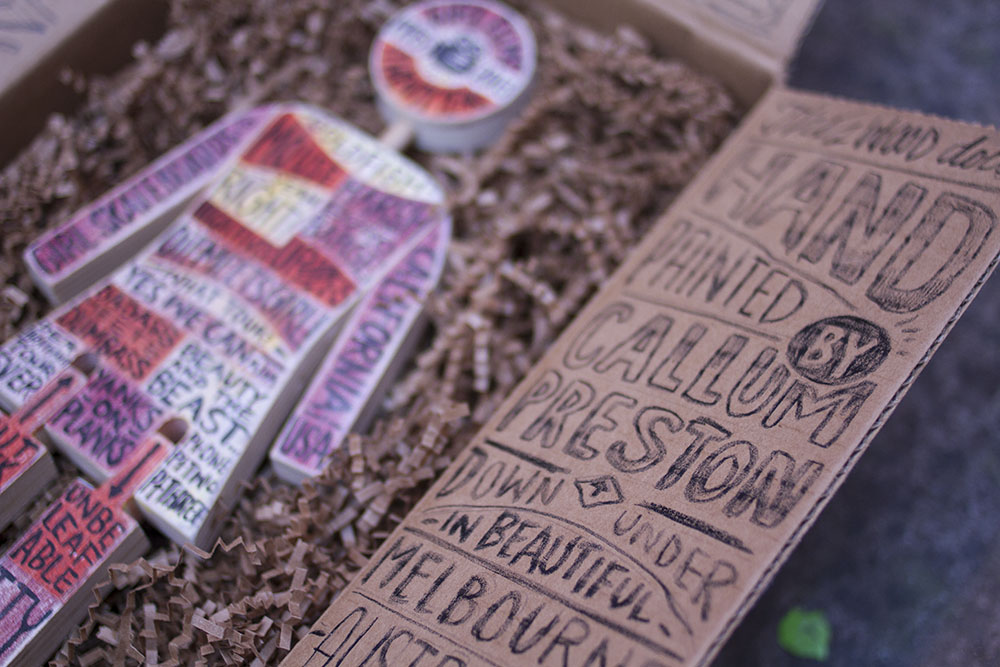 I chatted with Andrew Tebb, one of the owners of Fast Times, a company that I have grown to be quite close with. It is a company run by skateboarders for skateboarders. They have seen the ups and downs of skateboard popularity and stayed true to their roots. I have worked on a bunch of Fast Times product as well, but this was the first time that GIRL had collaborated with an Australian brand – it was a big deal, we had a great launch for all the boards, and I quizzed Andrew on how it all came together. 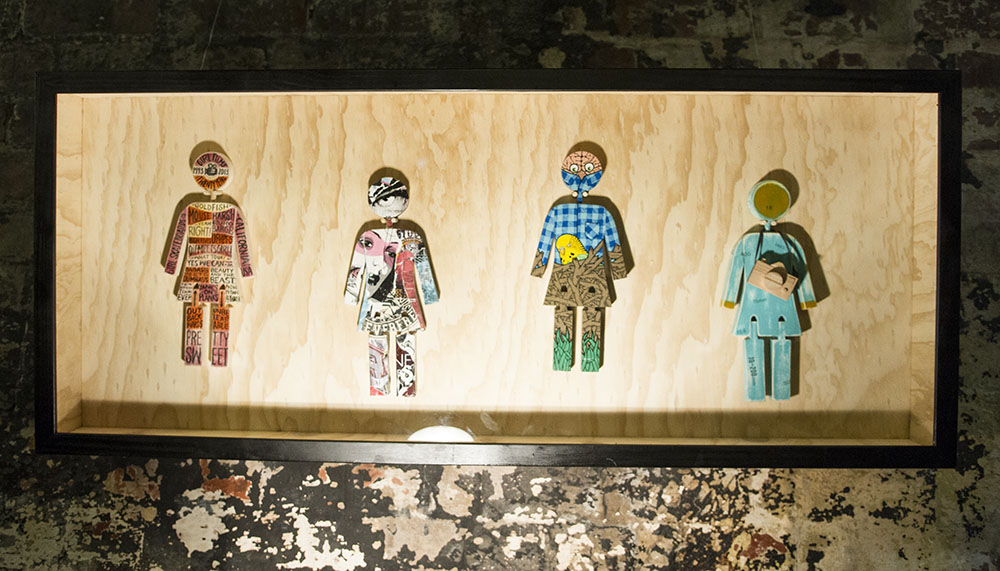 CALLUM: How did the Fast Times and GIRL relationship start?
ANDREW TEBB: I guess it began when we first started Fast Times back in 2008. We hosted the guys down at our Frankston store for the Girl “Yanks on Planks” Aussie tour. Mappy was also the tour guide on that one so he has had a connection with the guys for years! We have hosted them for in-stores and demos at different times when they come out, and these kinds of bonds just start to grow. 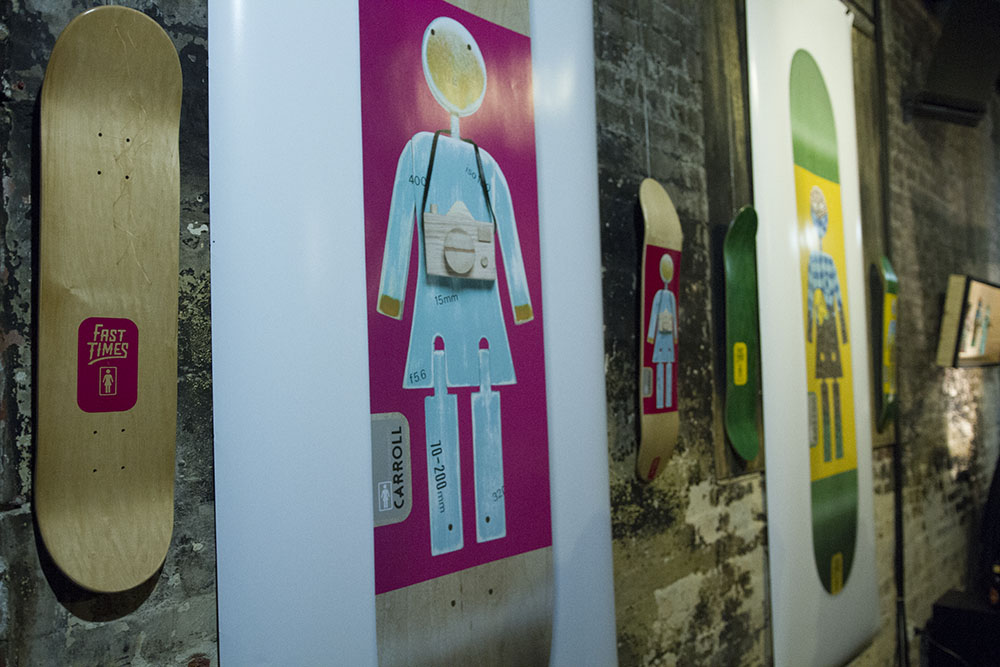 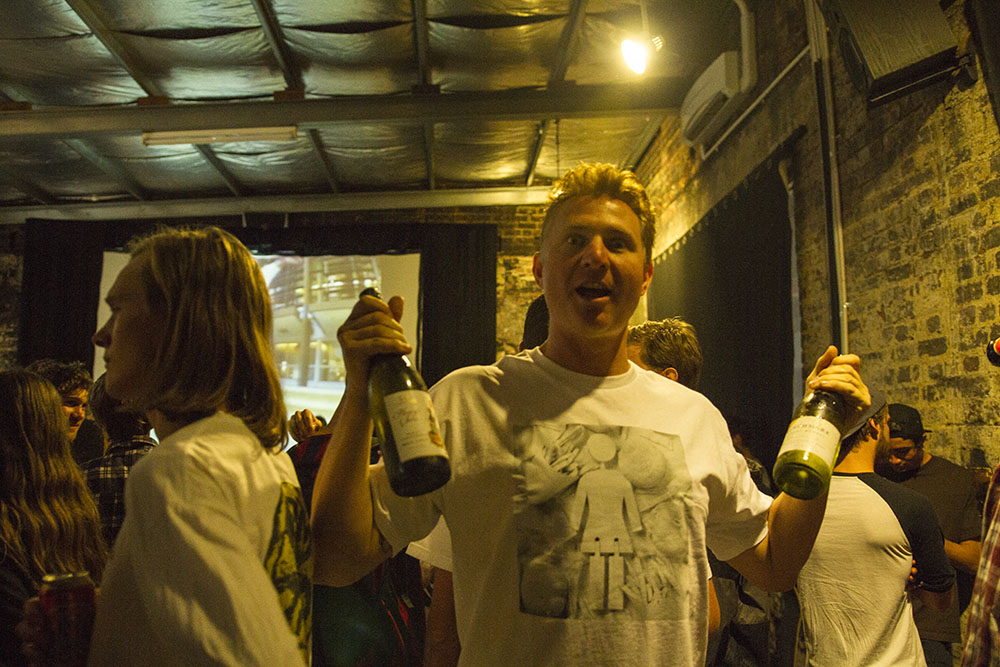 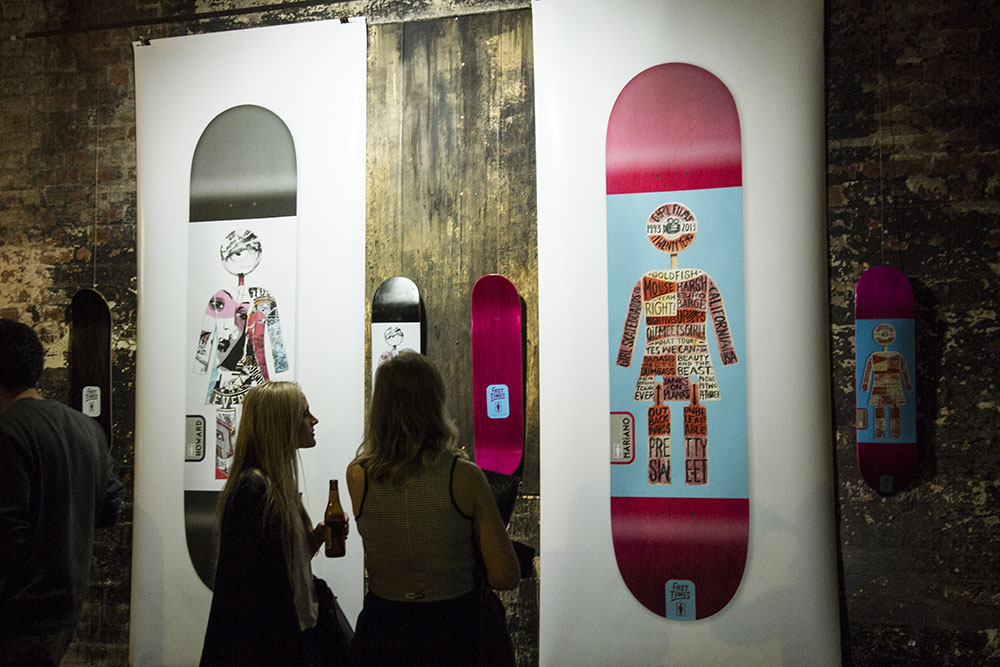 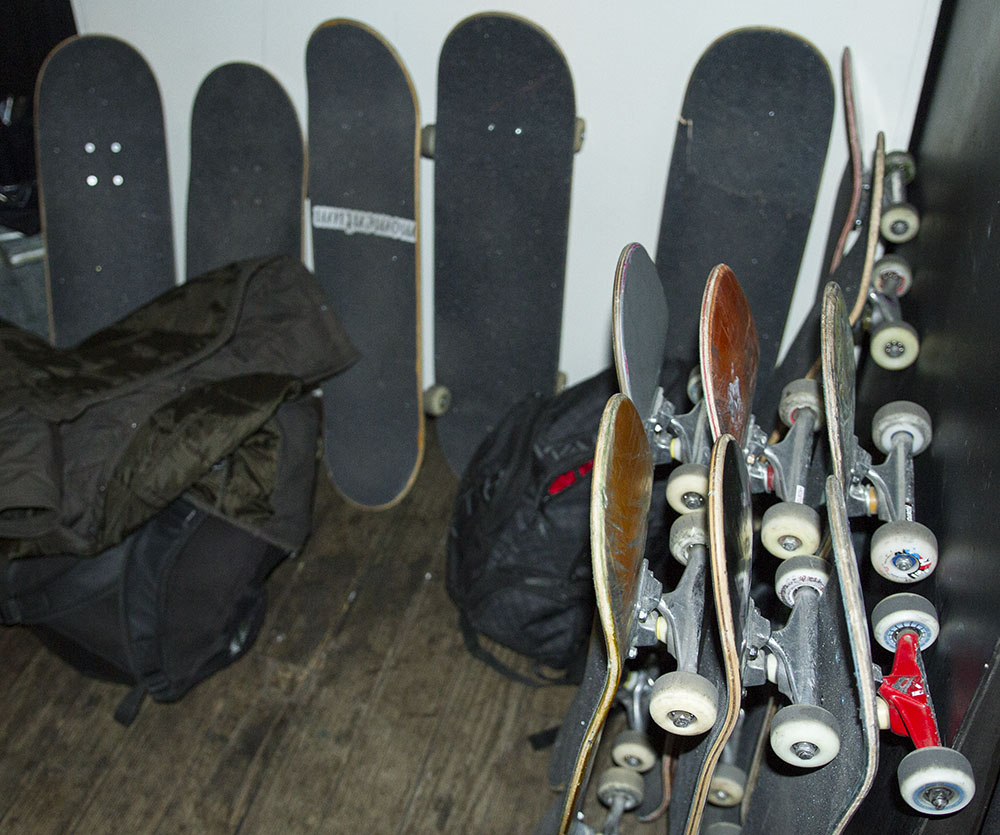 What were the dolls originally for?
Girl was doing an exhibition to celebrate their 20 years at Known Gallery on Fairfax, they asked select retailers from around the world to get involved. We have four shops and were lucky enough to get 4 dolls to work on. We didn’t have a lot of time to get the dolls to the artists and back to the states but we got there in the end. We were really stoked with how they all turned out, and it was awesome to be representing Australia in the exhibition right in the heart of Fairfax. 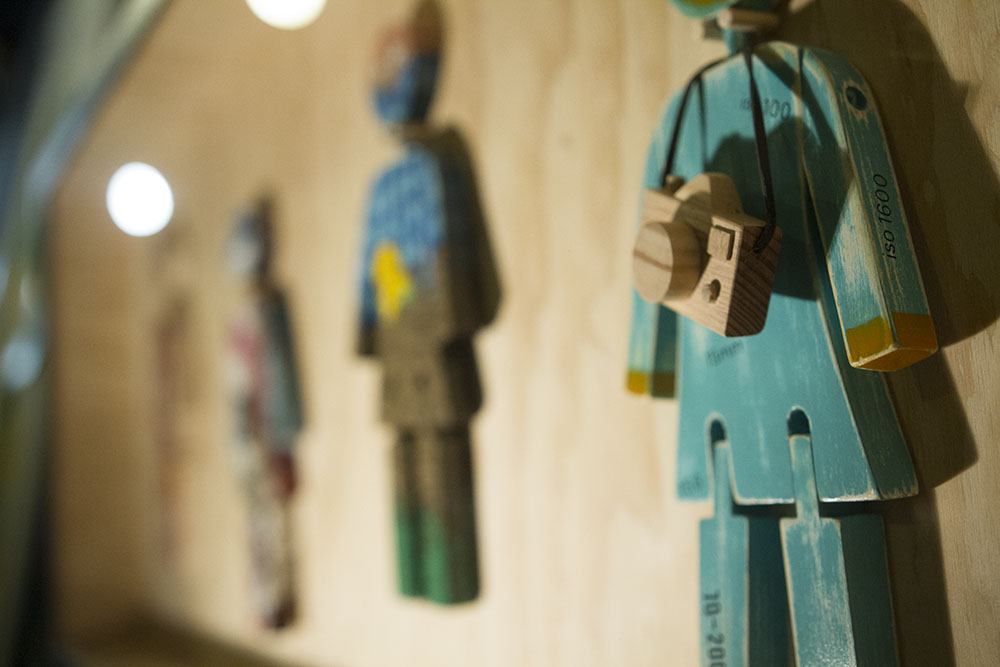 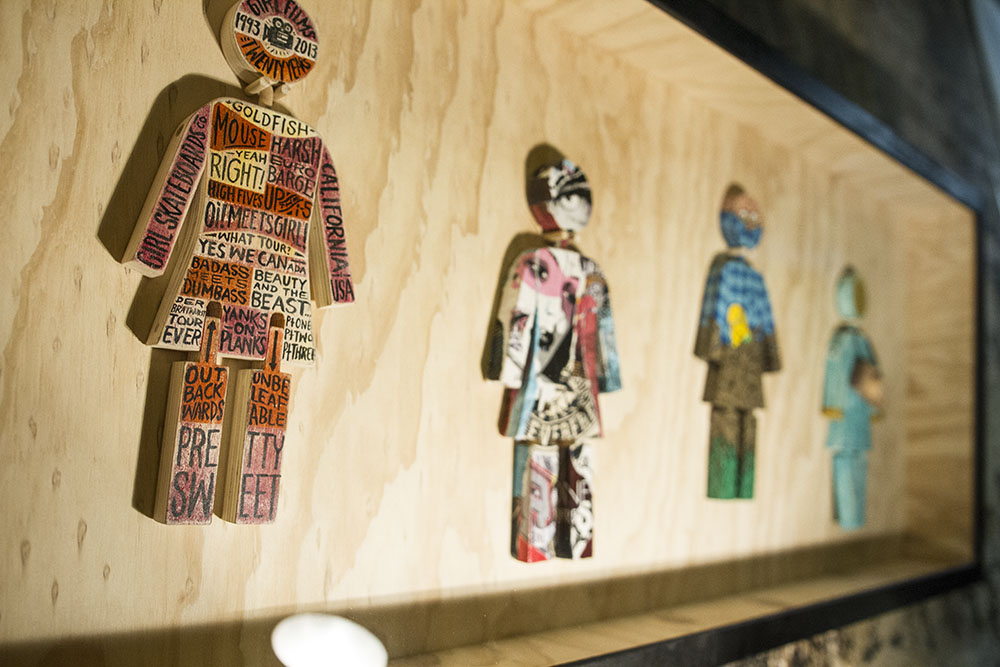 When did the idea of a board come about? Was it hard to get happening?
It actually came about when Rick, Mike, and the guys from Fourstar were out in Oz earlier this year on the “Crocodile Done Deal” Tour, we put on some beers and pizza for them in our Melbourne City store for the first night they arrived in Australia. They poured a few beers for our staff and got the chance to meet everyone involved in our stores. We discussed the Wooden OG dolls we did for their 20 Year show and how it would be sick to turn them into a limited edition series just for us and Rick was down for it, and things just rolled from there. I was stoked that we were able to get four unique Melbourne artists that could put their spin on the dolls.

Let’s start with Steve Gourlay. Steve is a long time Aussie skateboarder and friend. He is also a renowned photographer. His skateboarding photography has been featured in everything from local mags like Slam and The Skateboarder’s Journal to Thrasher. I love that he made a little wooden camera for his doll that truly represents him. 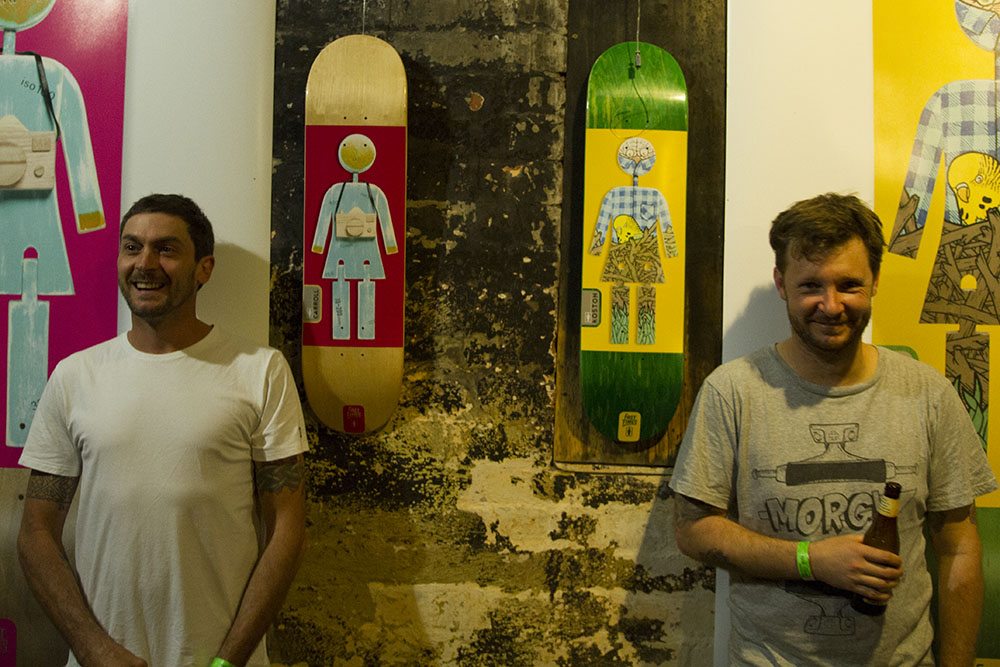 Andrew: I have always loved Andy Murphy’s artwork and quirky take on things. So many of his characters make me laugh – from Carvey Keitel, Mozzy Osbourne to Salvador Gnarly! He is a much-respected member of the Melbourne skate community and has worked on plenty of cool projects over the years with us from limited edition hand-sprayed decks to poster art for our events.The detail he was able to get on the original Wooden doll is insane!

Rone’s artwork is amazing! I started seeing it around Melbourne streets a few years ago and is very distinctive. Over the past 12 months, he has done projects all over the world and has just finished his solo exhibition [in] which all of his pieces sold out before the show even began! Rone used a collage of his work on the OG doll and features one of his unique female portraits. 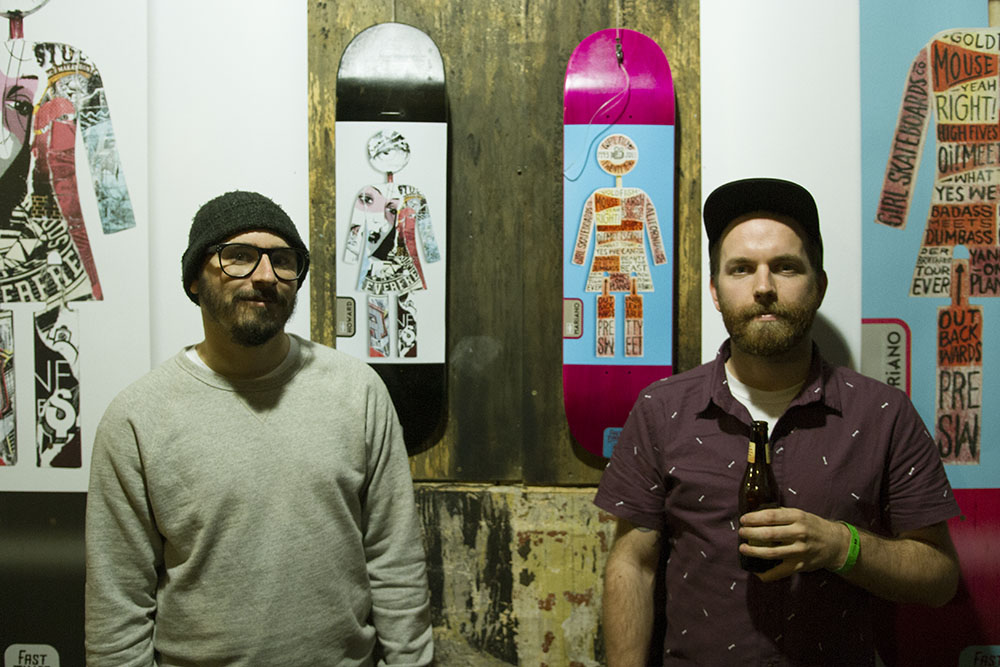 And last but not least you! [*That’s Me] After closely working with us on many projects over the last 12 months including our Melbourne store artwork, I was stoked to be able to get you involved in this Girl collab. I think your version really symbolizes one of the key elements of what makes Girl such an iconic brand – their videos. All of their videos have amazing skateboarding and production qualities but still make it all look fun at the same time. Seeing all the titles worked into the doll it makes you realise how much work they have put in over the years. It was so cool to hand deliver the boards to all of you guys and see the reactions to their name and art on a Girl board. 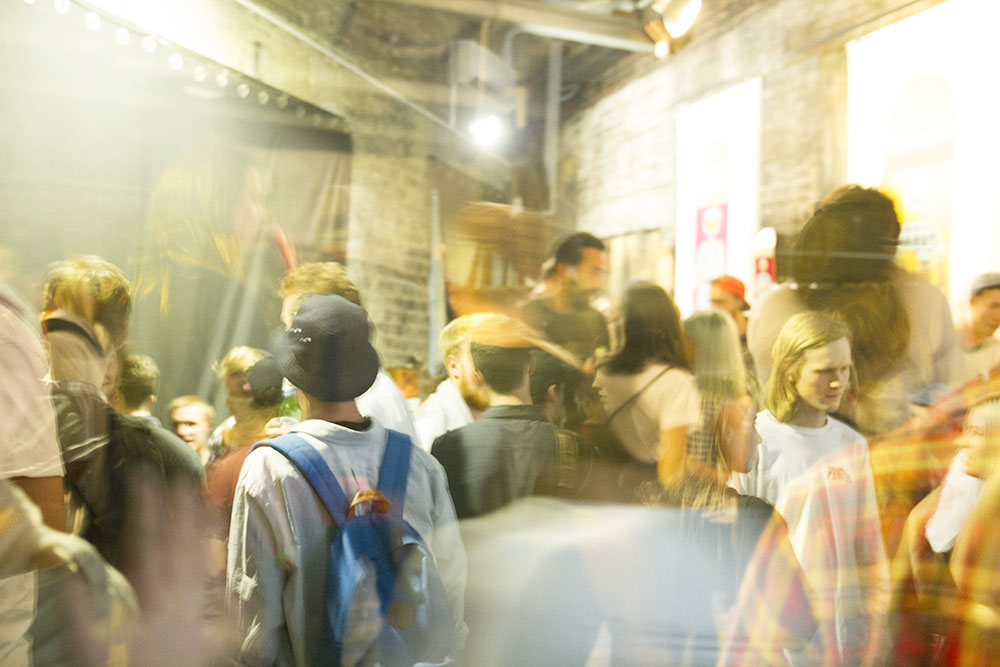 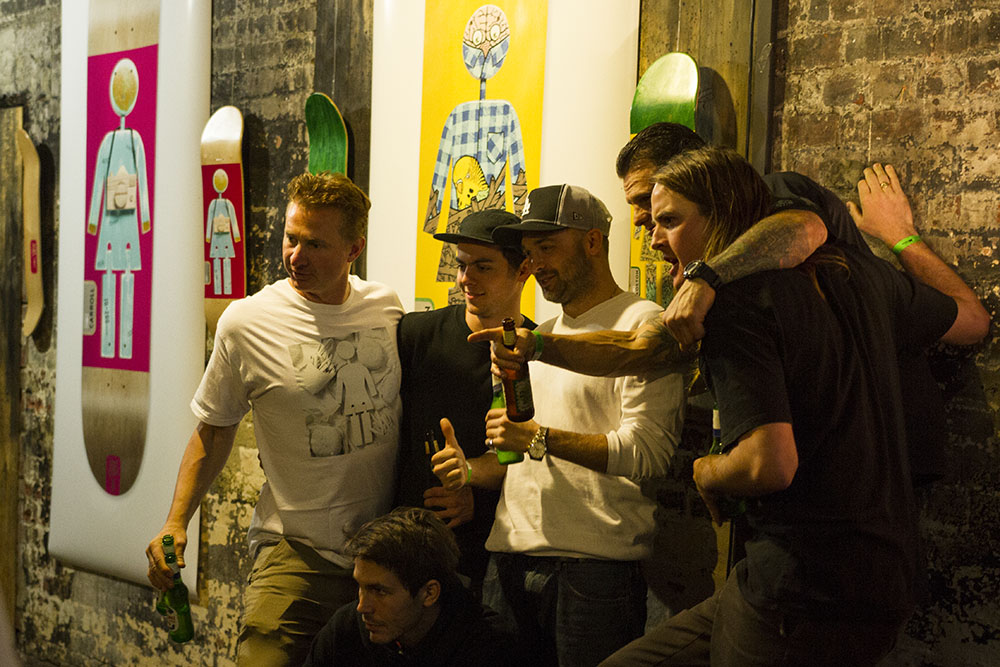 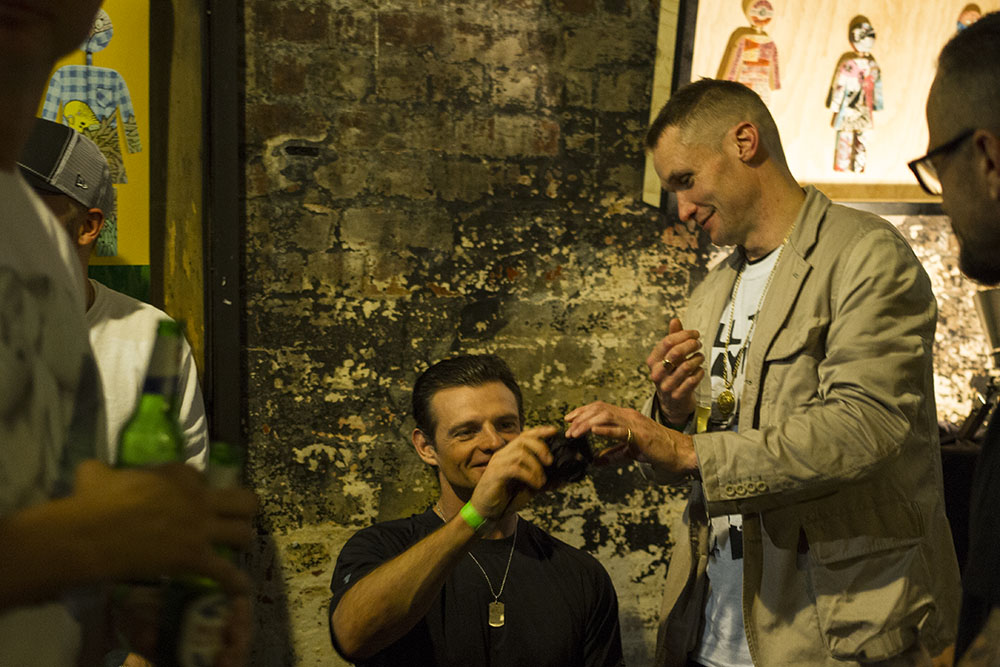 Fast Times Hall of Fame inductees Tas Pappas and Greg Stewart, whose movie “ALL THIS MAYHEM” is amazing and was discussed HERE by Bobby.

It is the first Australian GIRL collab?
YES! We are really stoked to be the first to do a collab with Girl in Australia. We have so much respect for the guys and for what they have done for skateboarding and to be able to connect the whole project with Rone, Steve, Andy, and yourself, who are all artists that have influenced us as well, is the icing on the cake. 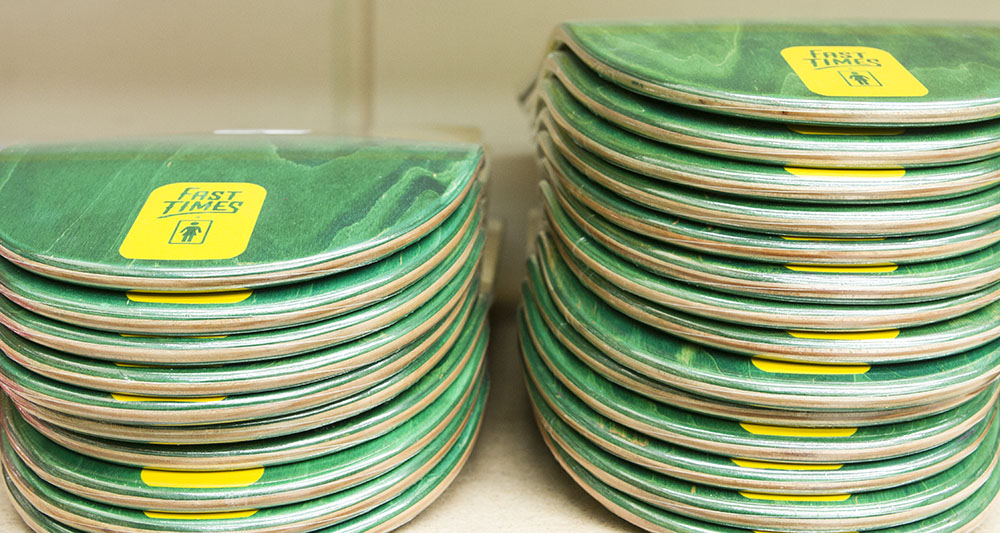 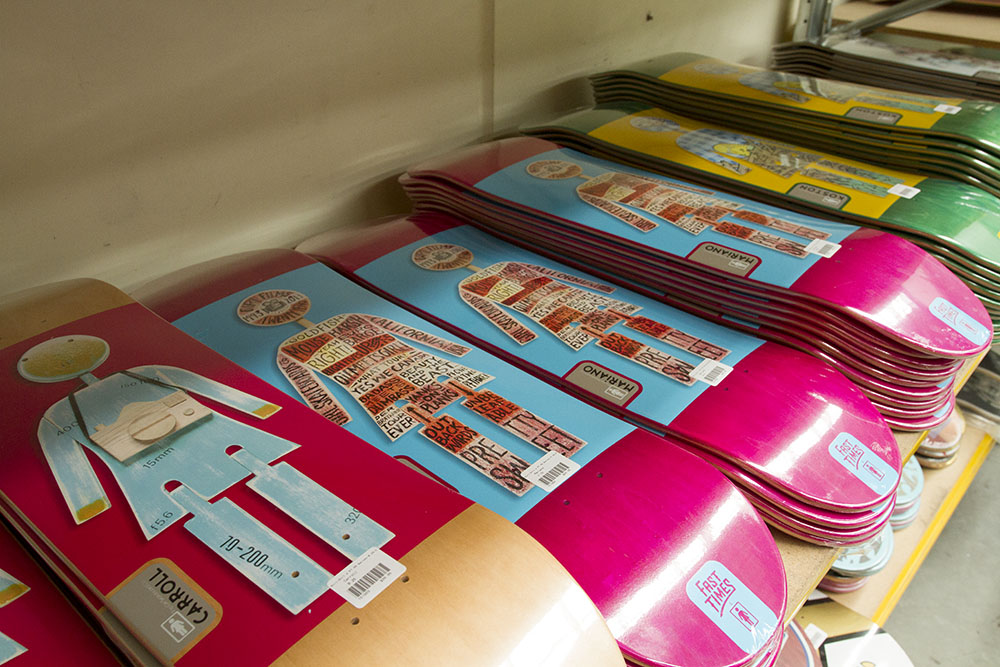 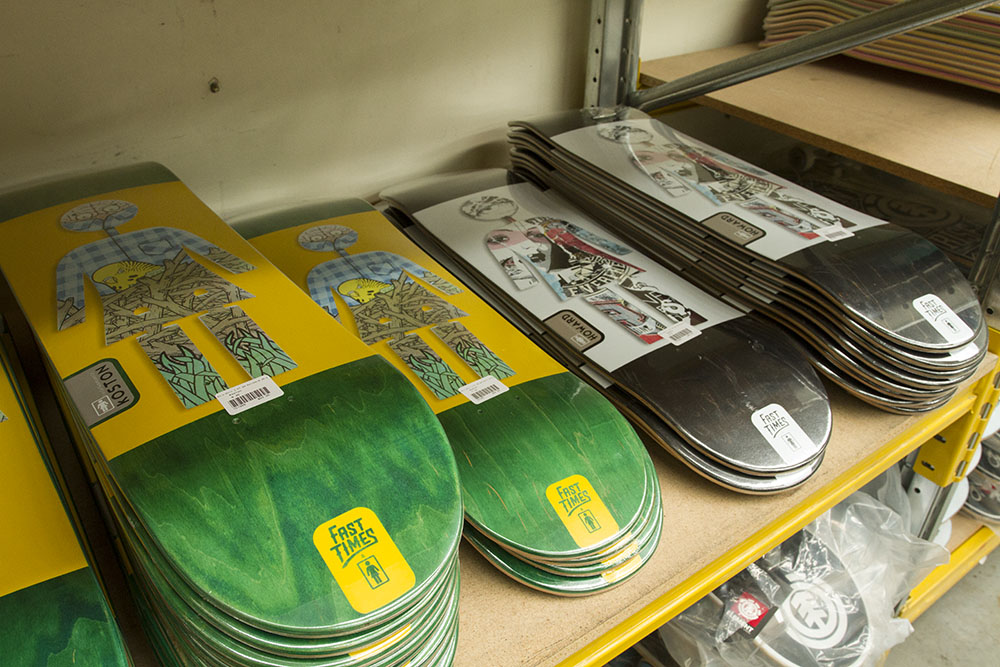 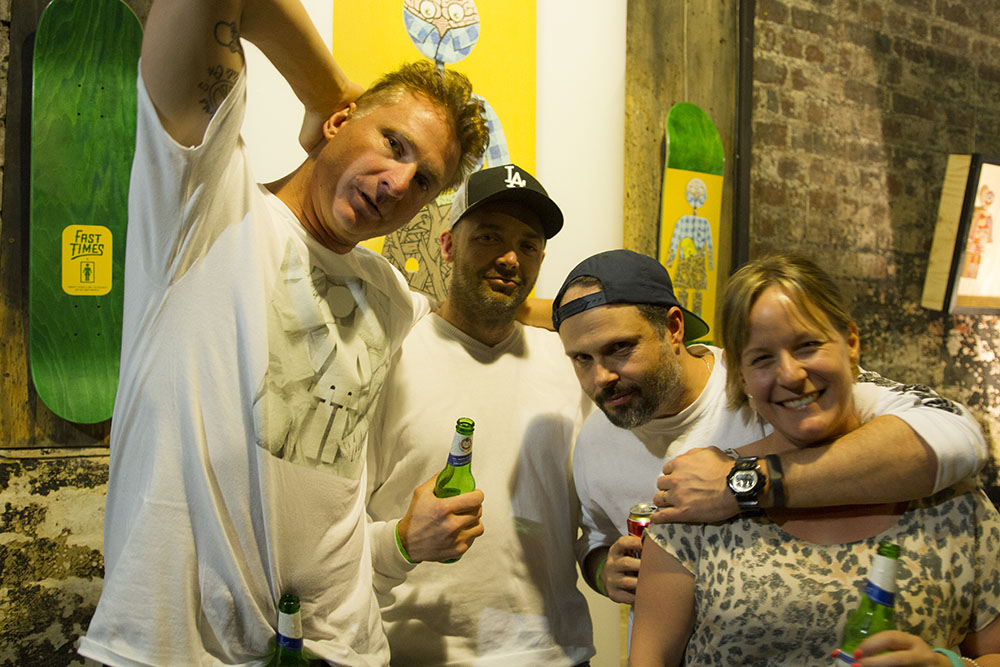 Mappy, fellow Hall of Famer Ben Harriss with Andrew and Elisha Tebb at the launch.

Any other collabs for Fast Times coming up that you can tease us with?
Right now we have our second year doing a Movember collab which is a board and tee drop with all proceeds going to Movember which is an awesome Australian born charity that is now blowing up all over the world, thats an awesome one, but we have quite a few really exciting collabs coming up over the next 12 months. 2015 is definitely going to be big! Callum Preston
When it comes to inspiration, I personally feel very lucky to be surrounded by people who inspire me to work harder and push myself. I would say that my life changed in mid 2003 when I met Tyrone o...
HIDE COMMENTS