Despite appearances to the contrary, this is not, in fact, a column about jealousy. Everybody know jealousy is a petty and useless emotion that my shaman most certainly does not approve of. That being said, there are at least three (3) things about Mukta Mohan, that were I a less enlightened, more pedestrian sort (which I’m not) I would probably be sweatily jealous of (the kind where you perspire from envy, but I don’t participate in baser emotions or sweating, so I am as dry as Ann Coulter’s… nevermind). But for the sake of hypotheticals, these three (3) things would be: 1. Her expansive and diverse vinyl collection, which varies from ’60s girl group 7 inches to ’70s punk gems to modern day garage rock jams; 2. Her unreasonably shiny hair (seriously there’s no explanation for how silky it is); and 3. Her weekly proximity to the aural love of my life, the host of American Public Media’s Marketplace, Kai Ryssdal (she works there and for the record I know Mr. Ryssdal is married; this isn’t about that, this is purely between his honeyed, yet commanding voice and my tender, yearning ears; 4) Mind your own business okay?

The 23-year-old DJ and radio producer has her own show on KXLU called The Mukta Show where she plays independent artists across multiple genres—and is often joined by some of LA’s finest indie artists and label heads—and she does not suck at it: Mohan was voted Best Radio DJ in 2014 by LA Weekly. Her day job is working on Marketplace helping to produce radio segments about light and fluffy stuff like the gentrification in Highland Park and the general state of our economy, and by night—well some nights— she is out spinning records with her DJ collective Honey Power Club, who also puts on their own events at concerts, art shows, and various other hip and cool events around Los Angeles that I am not present for because I go to bed at 10pm every night to a recording of Kai Ryssdal reciting that day’s Dow Jones and Nasdaq numbers on a loop. 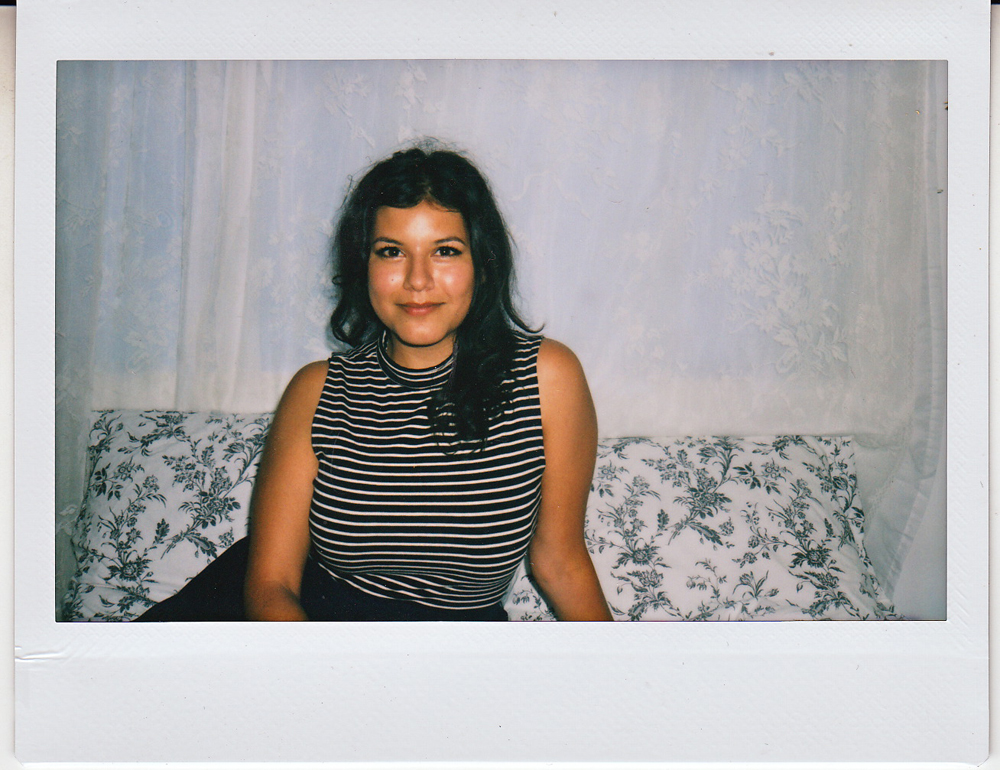 But, that’s neither here nor there. Here’s an interview with Miss Mohan:

YASI SALEK: You’re not only a fixture, but one of the integral parts of it now—but how did you first get involved in the local LA music scene?
MUKTA MOHAN: I first started going to shows as a teen in Orange County where I grew up, but there wasn’t much going on there so I would go to The Smell or Pehrspace. When I started college, I got a 2-6am radio show on KXLU 88.9fm and I would hang out at the station all day between classes. Almost every day, we’d have rad local bands in the station playing live sets, guest DJing or just hanging out on someone’s show. That’s where I met a lot of people who were just starting out and it’s cool to see how they’ve grown over the years.

When and why did you start DJing?
When I was in high school I had a friend who had a late night radio show on KUCI. I went with her a few times and it was super fun to put together a playlist and pull CDs and records from the stacks. I knew that’s what I wanted to do when I got to college. After a few months on KXLU, someone in a band asked me to DJ his show at The Smell. I had never DJed outside of KXLU before and had no idea what I was doing! But I figured it out and started getting asked to DJ more and more. That was the summer of 2011, so 4 years ago. I pretty much learned by trial and error at DIY venues, and I feel like I’m still learning but at different places and with different people now.

“EVERYONE HAS MEMORIES ASSOCIATED WITH CERTAIN SONGS AND HEARING OTHER PEOPLE’S STORIES CONNECTS US TO THE MUSIC AND TO EACH OTHER.”

How long have you been hosting your KXLU radio show? What do you love the most about doing it?
I’ve had my radio show since December of 2010, so 4 1/2 years which blows my mind. It doesn’t feel like that long at all! I think I’ve had this time slot for about 2 years…maybe more. I love to come in with a few songs in mind and then see where we end up. Often people will call in to request songs and that will totally change the direction of the show.

Sometimes I collect people’s personal stories about their relationship with a specific song and then I’ll play that to introduce the song. Strangers will really open up and be vulnerable and that’s special for me and for those listening. Everyone has memories associated with certain songs and hearing other people’s stories connects us to the music and to each other. That’s powerful and my favorite thing that I don’t do nearly enough.

You were voted best radio DJ in LA Weekly‘s 2014 Best Of LA issue. How did that feel?
That was really cool! It was such an honor. I go to the radio station when it’s still dark out and I’m often in the station by myself, so sometimes I forget that people listen! 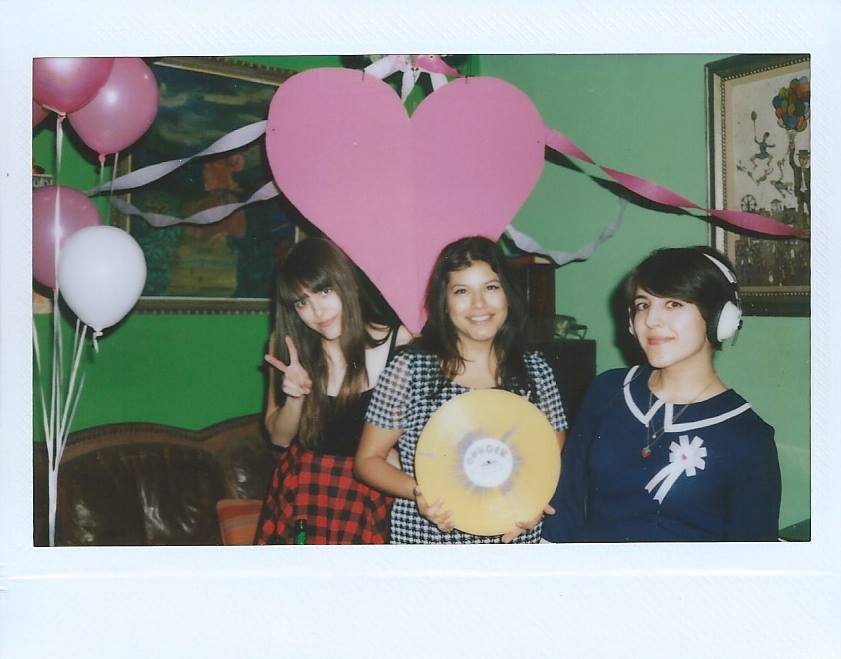 What spurred the decision to start Honey Power Club?
Some friends and I didn’t feel like we fit into the LA music scene at the time. People were really distant at shows and no one would even think about dancing. Chelsea and Justine from Summer Twins toured in Japan and met the Twee Grrrls Club, a DJ collective that threw really fun shows. They came back inspired and asked if I wanted to start something like that with them since I knew how to DJ. Honey Power has changed a lot since then but I think the overall goals are still the same—to encourage people to talk to each other at shows, play records to get people dancing and hopefully create some kind of a community. And of course we only throw events that we would want to go to so it’s all very fun for us!

What three records do you play the most often?
This changes all the time, but this year I’ve been super into Wreckless Eric, the new Winter album Supreme Blue Dream and Dinner’s Three EPs 2012-2014. I have made lots of memories centered around those albums this year and I like to play them when I DJ. So I think when I look back, to me those records will be very “2015.”

You also have a real job, working on public radio on the show Marketplace, which is about the economy. What do you like most about your job and can you tell Kai Ryssdal I think he has the sexiest voice in the world and that I could listen to him talk about the changes in the stock market for hours?
[Laughs] yes I do and I will be sure to pass along the message. I love public radio and being in a newsroom environment. You never know what the day will be like, because there’s always the chance of breaking news! I think Kai is hilarious and I still laugh at his jokes or tone of voice when the show goes live. My favorite thing about my job is that at the end of every day, we have a finished product. It’s so fulfilling to go into the office in the morning not knowing what I’ll be working on that day and leaving with a piece on the radio or some kind of a contribution to a finished program that I can listen to on my way home.

What’s your favorite music venue in LA and why?
Right now my favorite music venue is Non Plus Ultra. It’s a warehouse space in Silverlake run by the best people. It’s very welcoming and there’s no stage, so the bands play at the same level as the audience. There are always really cool video projections and they have solid lineups. It’s always super fun! I think DIY places like this are really important because they provide a space for bands to experiment with their music and performance in a way that can’t be done at proper venues.

I need you to DJ my life a bit. What song should I listen to in the morning to give me the will to live/get out of bed/carry on with this meaningless charade we call life?
Lately I’ve been really into Los Microwaves for morning music but it might be too obvious considering they have a song where they ask, “Is there life after breakfast?” And there’s a song I really like called “Time to Get Up.” They’re not very excited about starting the day though, so it’s not the most motivational morning music but it makes me feel better knowing I’m not the only one who hates to get out of bed.

Put us on to some female musicians we need to be listening to:
I love Pearl Charles‘ new album. I’m really excited about the new Seapony album and the new Summer Twins album. Pale Blue is great. I’m obsessed with Winter (and all her side projects!). Feels is incredible! Hinds from Spain and Boyfriend is a rad sex positive rapper. There are SO many!!

“GIRL SCHOOL” is a column by Yasi Salek of Cultist Zine & Crying Magazine that’s going to school us on all the women we need to know about – right now right now.