Most people go through life never really looking too closely at anything. Some don’t have the capacity to see, others just don’t have the desire to. In this world plagued by injustice and inequality, making the choice to stay aware isn’t always easy; so many turn a blind eye. Born in Mexico and raised in Los Angeles, Eyeone, member of the legendary LA crews Seeking Heaven and Second To None, has never been one to ignore what’s happening around him. He’s constantly observing and subverting, through art-based community activism, deriving inspiration from his surroundings and adding to the cultural conversation with his poignant and often political work. 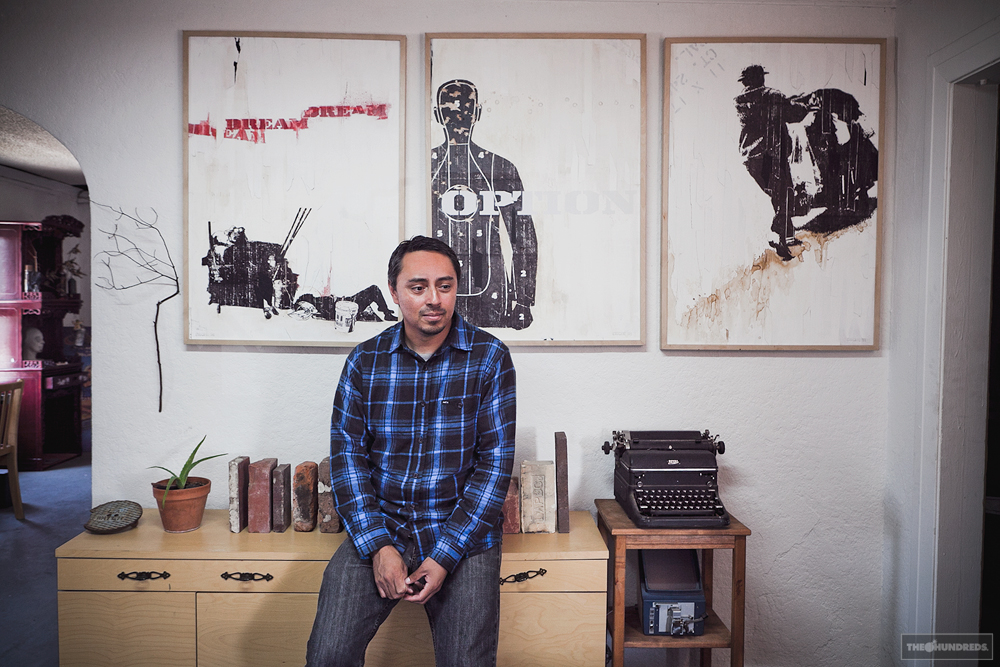 While coming down Sunset, whether by way of public transportation, bicycle, skateboard or Prius, it’s likely you’ve slowed by his army of masked characters standing guard and keeping the peace. These signature figures, The Zapatistas, originated as a pro-bono commission for an international outreach campaign originated by the Mexican freedom-fighters — as icons charged with representing the different facets of their non-violent movement. From there the characters caught on, and were recently constructed in 3D for a collaboration with craftsmith, Le Human Being. 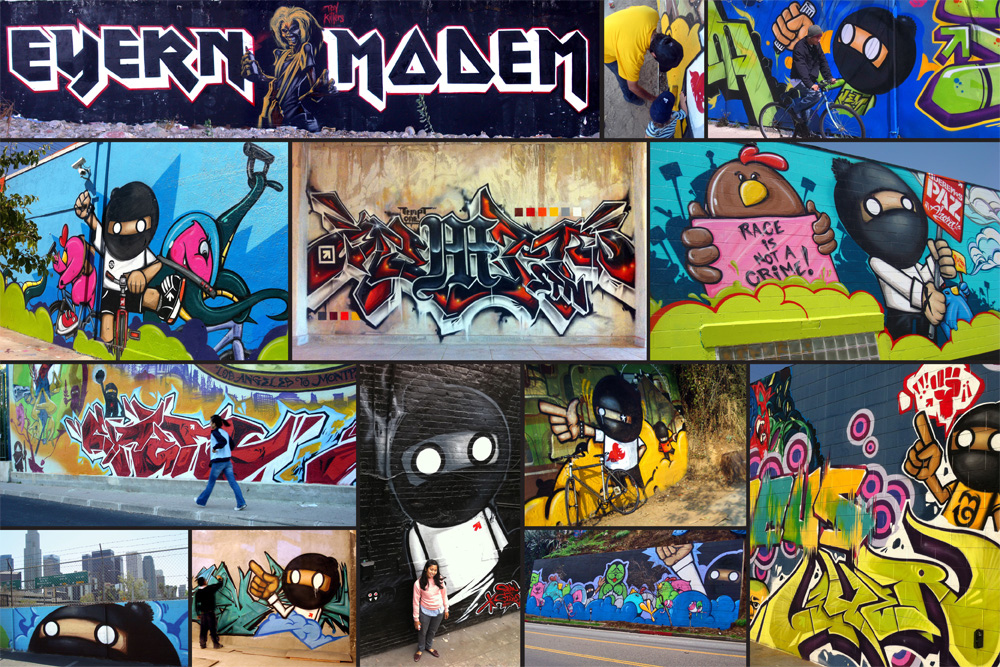 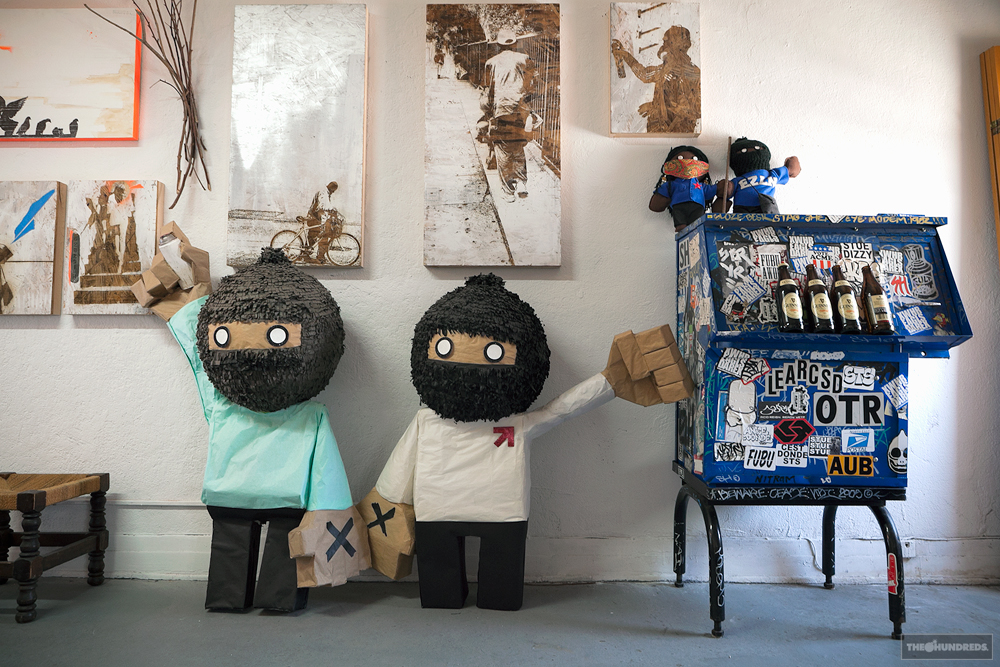 It was back in the 80’s, working as a graphic designer and doing flyers and album art for the hardcore and punk shows that he put on at a Latin American community center called Macondo Espacio Cultural – or The Macondo – that Eyeone got more serious about graffiti, meeting writers embedded in both scenes. There, he helped book the bands he loved, and cultivated a positive outlet for art, music, activism and community involvement; all still driving forces behind his more recent work, which deals with urban themes and how individuals interact with the city. 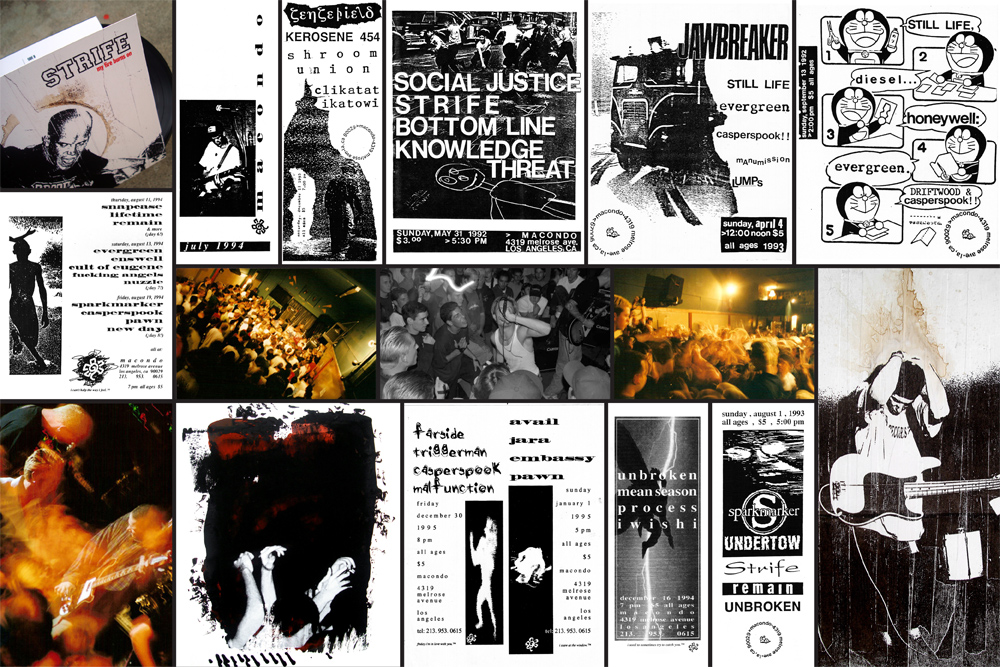 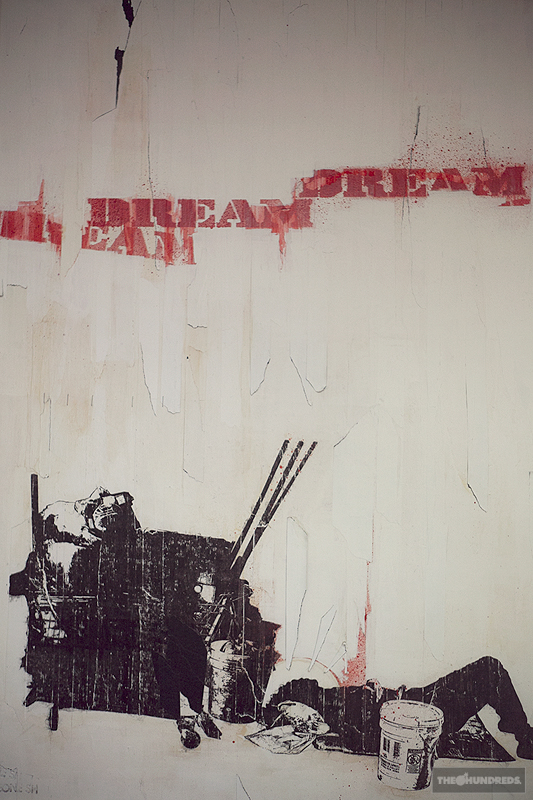 An impressively active artist, every time we cross paths at an opening (which is frequently) it seems he’s got a new project or gallery show to tell me about. After a stint as Art Director for Scion, Eyeone decided to put curating (mostly) on hold to focus on his own painting. That is, until he was invited to participate in a prestigious project with the Getty Research Center. Alongside greats like Axis, Defer, Cre8, Heaven, and Prime, Eyeone co-curated a comprehensive black book of LA’s most influential graffiti writers — a breathtaking mammoth of a hardcover entitled LA Liber Amicorum (Book Of Friends), which binds together 143 pieces from more than 150 artists. And that’s just barely the preliminary sketch, we still have to fill the rest in.

Eyeone’s work is both introspective and responsive to his environment. When he’s not being hired to paint a mural that comments on the history of anarchism and immigration in Mexico and LA for the National Institute of Anthropology and History in Mexico City (or what he refers to as a “perfect commission”),  he’s working in his studio, documenting graffiti culture through photography, or compiling LOST, a quarterly publication chronicling the underground graffiti art circuit. His latest zine, still in progress, examines the connection between writers and music, and challenges the pervasive assumption that graffiti is predominantly a product of hip-hop culture. 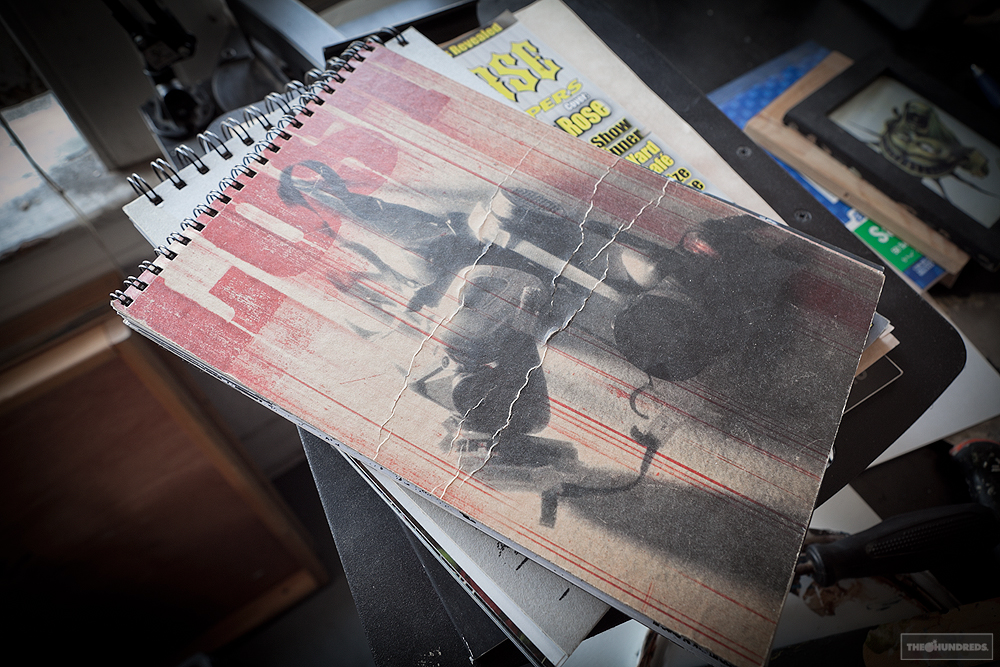 Though he may not be out bombing walls like he used to (as far as you know), there are plenty of writers out there carrying the torch and leaving their mark. “That’s one of the most fascinating things about graffiti,” he tells me. “There are always people picking up a can or a marker for the first time. No matter how many of us get into The Getty or score big ad campaigns, there will always be those kids out there doing it raw, just because they feel the need to do it. A lot of what I document is that– the new letters and new writers that turn up.  Things you’re not going to see in a gallery or in the MOCA just yet.  That’s the magic of graffiti.” 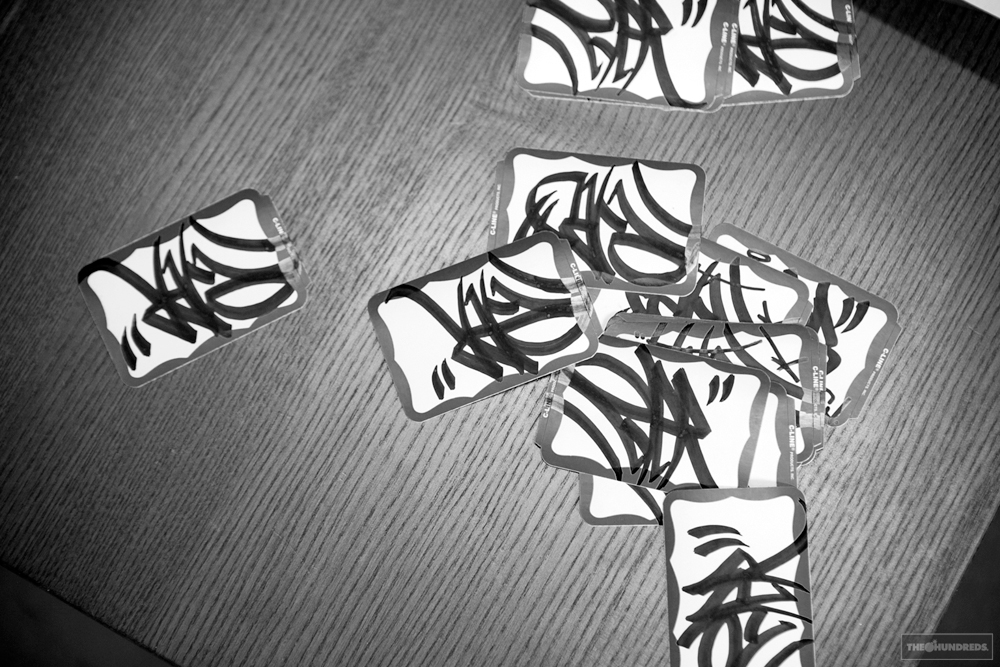 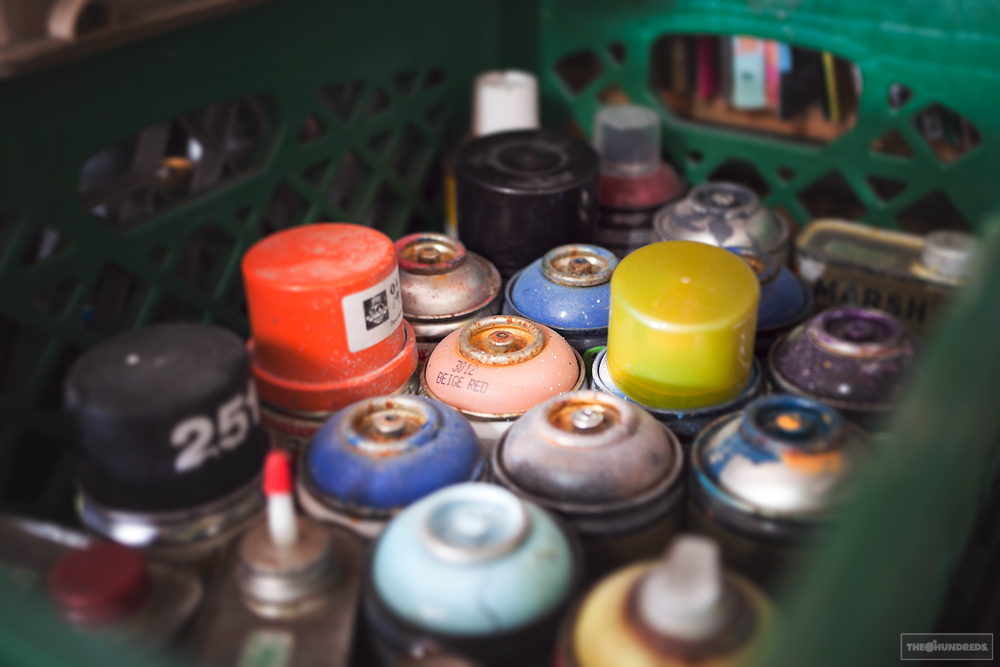 Eyeone came up catching the bus around the streets of Echo park and Angeleno Heights, staring out the window admiring the writing of Neo and Mandoe from the MAK Crew and Krenz aka Yem from AM7 (obviously all names that pre-date me). He grew up on these streets, and so it’s these streets he’s proud to give back to. The circle of life, in a very vital circle. Given his involvement with The Getty, it’s impossible not to discuss  how the public perception of street art is changing as historical institutions reward its legitimacy and give credit where it’s long been due. We share a laugh over a Yoga video he came across on YouTube, filmed using one of his murals on Sunset as the backdrop. If you really want to talk about gentrification and the diluting of deep cultural meaning, look no further.

“When you’re painting walls, often times it’s a wall that nobody gives a fuck about. It’s the people that are sleeping against these walls who are the first ones to give you input and say they like or hate what you’re doing. It’s like you’re engaging with a whole other community of people surviving against all odds. Whether you extract meaning from it or not, it’s beautiful to look at, and far more attractive than the decrepit trash pile that was there before it.”

You can find Eyeone Seeking Heaven, immortalized in The Getty Black Book (more from that project to come), or in a number of upcoming art shows, including Artcrank at Space1520 and Dia De Los Muertos at Plaza de La Raza. Follow him on Instagram. 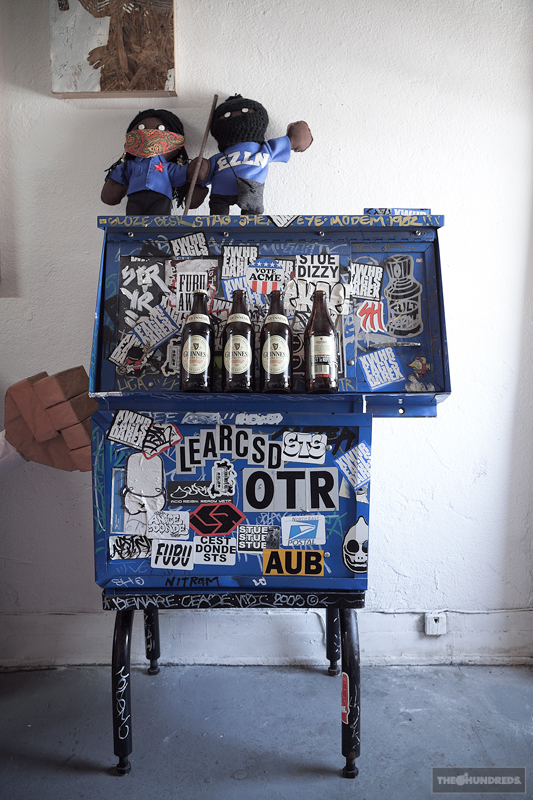 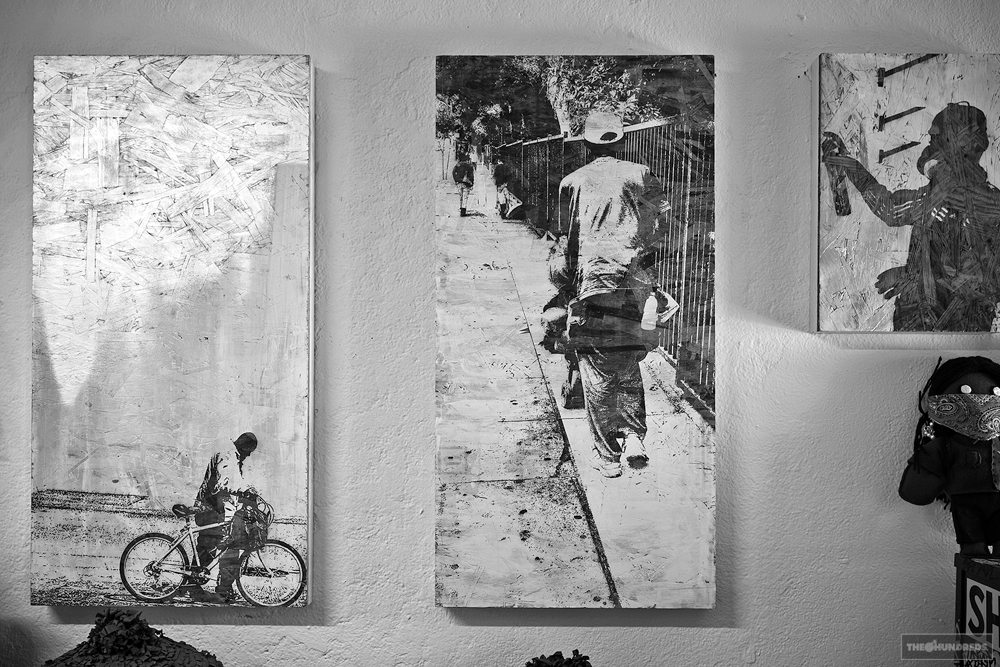 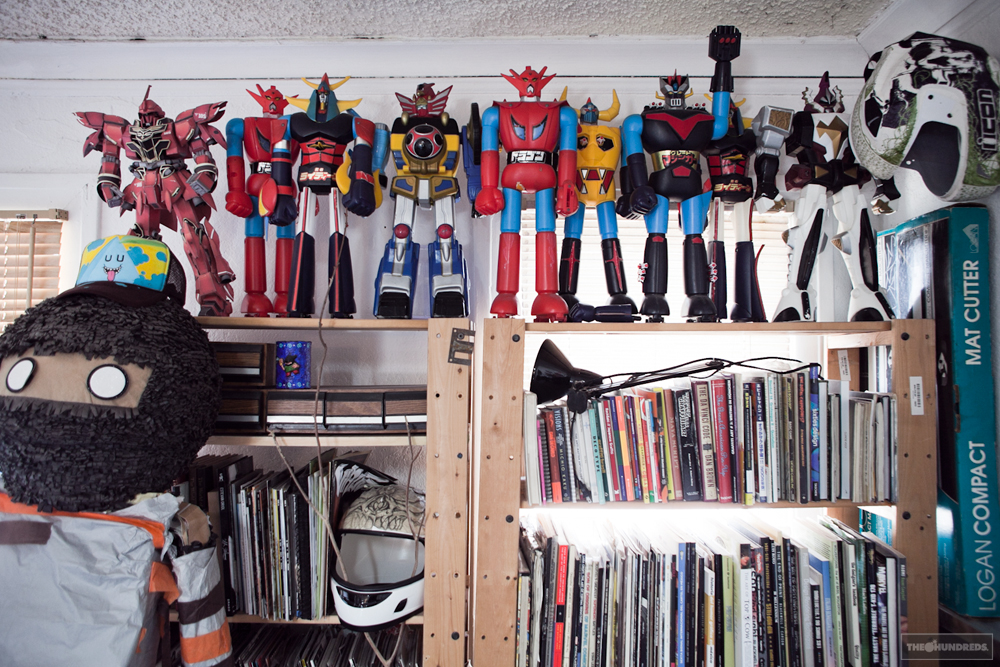 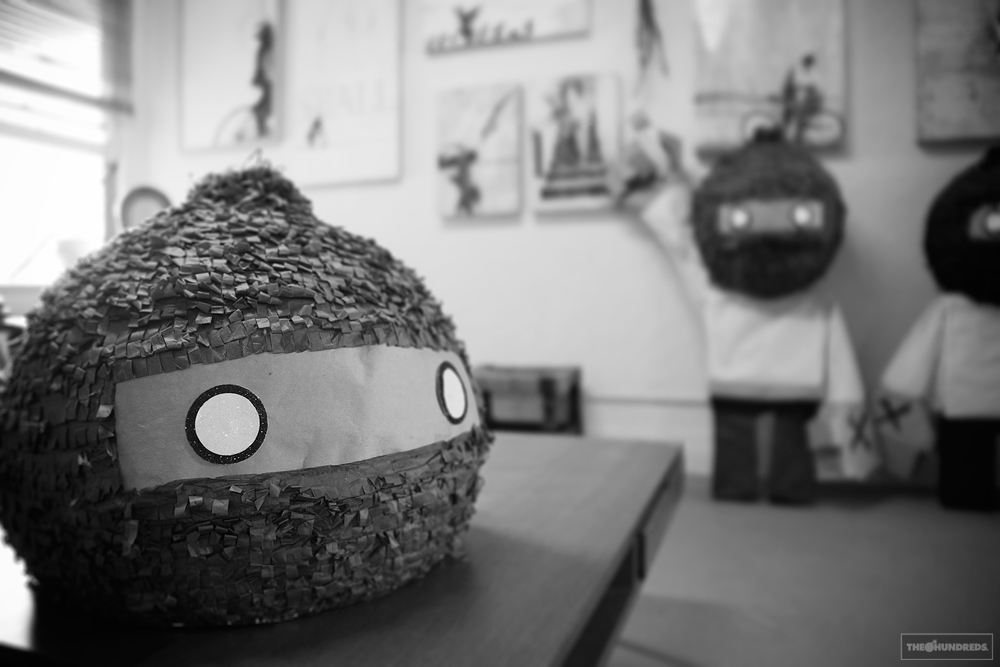 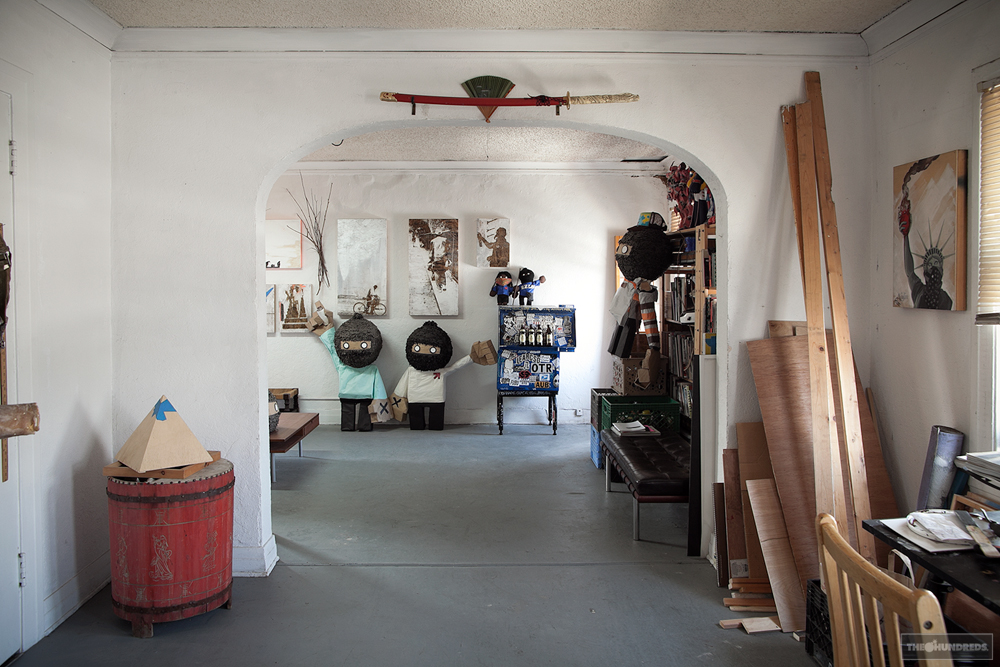 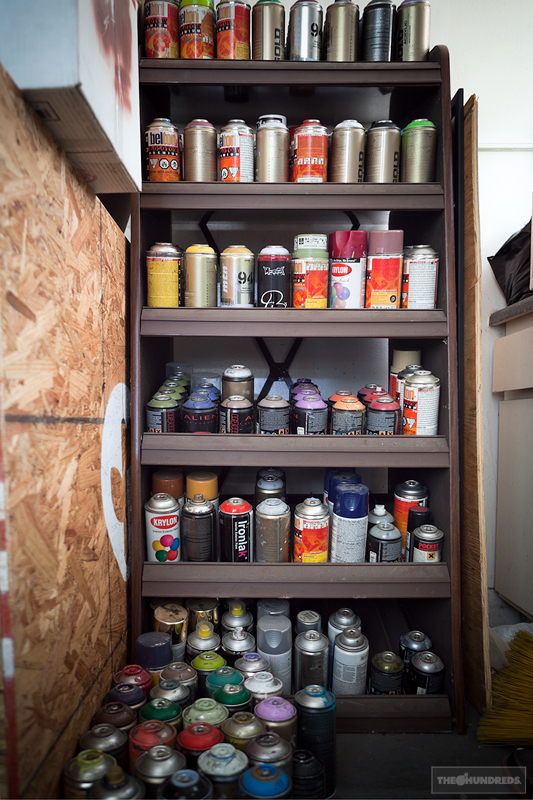 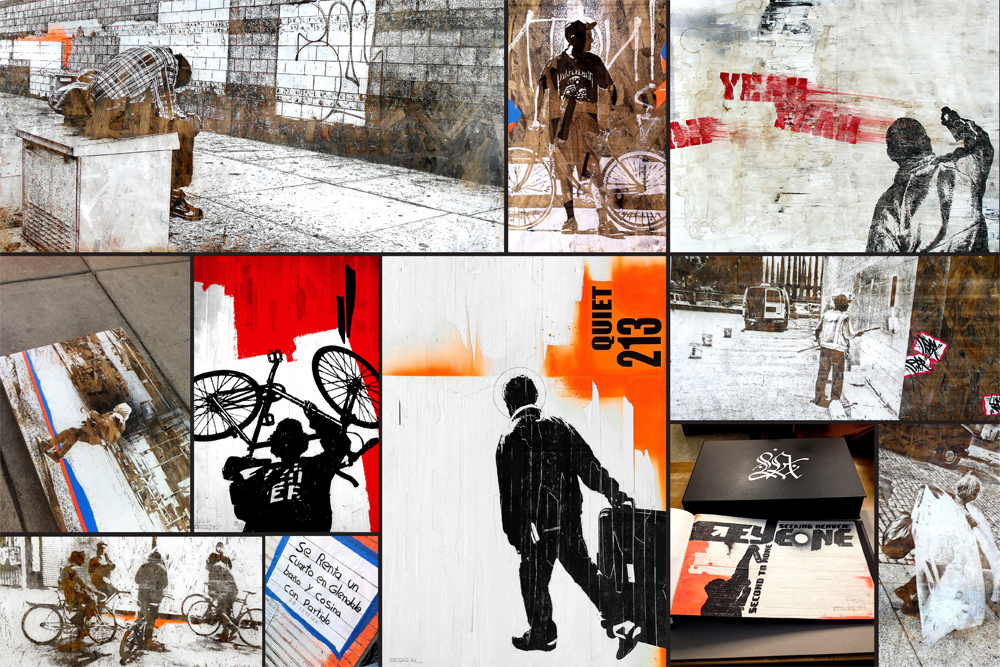