In 2009, comic book fans were treated to their first glimpse of Wade Wilson, aka Deadpool, in the X-Men Origins : Wolverine film. In the flick, Wilson was played to near perfection by hilarious heartthrob Ryan Reynolds. Hollywood ended up butchering the character by sewing his mouth shut and turning him into a swiss army knife of mutant powers. Fans loved Reynolds, but they hated the version of DP he portrayed. Reynolds voiced interest in playing the “Merc With a Mouth” in future films, but in 2011 he jumped into the DC movie universe, becoming the iconic Green Lantern (the Hal Jordan version). That turned out to be a train wreck of sorts—but fast forward to 2016 and we all got what we wanted.

Deadpool fans have been eagerly awaiting this movie for years, but among the excitement and hype there was also a sense of apprehension. This reservation of complete fanatic dedication could be attributed to a few hangups. For one, over the last four years, the movie has been in various states of “being made” or “not being made.” After test footage “leaked” during Comic Con 2014, fan and media buzz made certain it was happening, but then directing rumors came and went like Kanye West album titles. The powers that be landed on Tim Miller, a relatively unknown (at the time), but then they couldn’t land the much-wanted hard R rating. Reynolds, Miller, and every fan everywhere wanted the unrestricted, off the wall, bat shit crazy Deadpool we all knew and loved—but we weren’t sure we were going to get it. The Comic Book Gods answered our bullets, blood, and boob-drenched prayers by giving us the thing we never thought we’d see: an R-rated Deadpool. Now it was all ours. All we had to do was see it. Would it be any good?

Fuck yes, it would! First things first, let’s address the absurdly handsome, physically impressive, comedic force that is Ryan Reynolds. He IS Deadpool. He is more Deadpool than Hugh Jackman is Wolverine, and that’s saying something because Hugh Jackman may actually be Wolverine. Reynolds is a specimen (which is addressed a couple times in the film) and he nails the obscene, raunchy vernacular that Deadpool employs at all times, while also pulling heartstrings with the more serious moments. And yes, there are serious moments. The relationship between Wade and love interest Vanessa is instant electricity. You can’t help but laugh and love with them as soon as they meet. Although the relationship is the center of the plot and it pans out much like a straightforward “save the distressed damsel” situation, it’s done with a sincerity I didn’t expect from a super hero movie, let alone one about Deadpool.

Which leads me to another point. In the comics and various other media, Deadpool is often written and played as a straight up joke. His character is definitely defined by a strong sense of humor, but it’s not the reason he exists. His humor is what he uses to continue to exist. In a recent piece for IGN, writer Jesse Schedeen explains simply: “It’s the tragic side of Deadpool that’s kept the character relevant all this time.” That sense of tragedy is on full display here and the creative team did a knockout job of giving Reynolds comedic freedom while also letting him deliver the golden heart that’s at the core of the character. Again, Reynolds shines. He’s firing on all cylinders as the red and black clad anti-hero, but he certainly gets help from the team behind the lens. 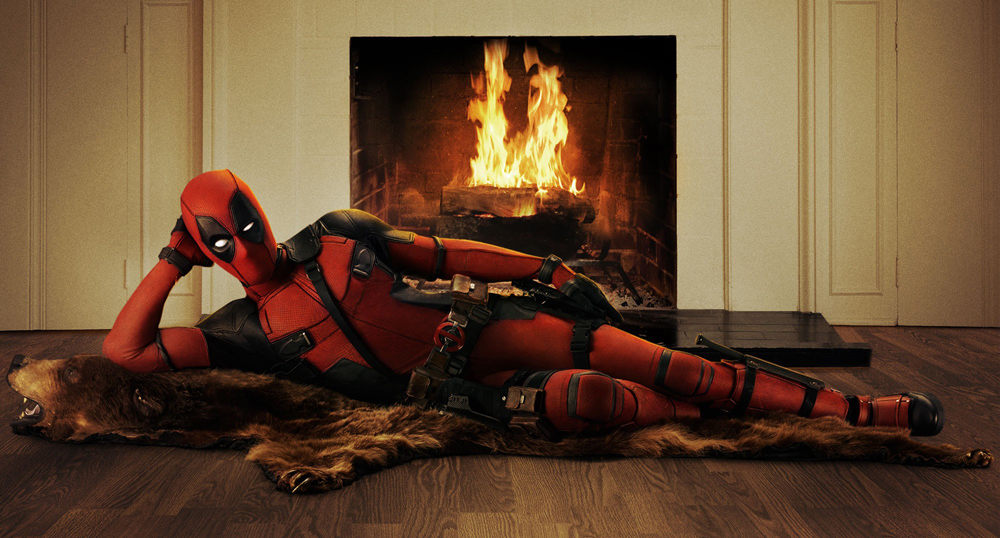 Director Tim Miller, and writers Rhett Reese and Paul Wernick, put together a comic book flick like no other. They hit a home run tonally, balancing the consistent laughs with brutal action and heartfelt sincerity. Sure, the funny moments get more shine than the serious stuff, but that’s the dichotomy at the core of the character. From the same IGN article, Schedeen tells us, “… he’s the sort of person that likes to keep busy so he doesn’t have to dwell on everything wrong in his life.” You get an origin story (that’s damn near straight out of the books), but it’s not structured like every other start-to-finish origin you’ve seen.

The main character is known for breaking the fourth wall and they let him do so to hilarious effect, but they don’t rely on the gag. Nor do they rely on cheap jokes based on race, religion, etc. The jokes within could easily be taken as offensive (by your grandma), but besides a couple transgender disses, the gags and banter stay creative and on point. Not an easy thing to accomplish nowadays, especially when your character is 50% jokes. The structure is unique, the character is unique, and the tone is unique. The team in front and behind the cameras worked like a well-oiled machine. The movie is full of meta jokes and references to the genre it lives in and they took quite a few shots at the sometimes stagnant comic book movie genre. Not only that, but the creative team knew when enough was enough.

Deadpool’s comedic stylings are rare, but when overdone they can become a bit overwhelming. The crew kept things short and sweet here, keeping the movie under two hours. They satisfy you, but leave you wanting more.

The movie has a lot going for it. Ryan Reynolds’ pitch-perfect portrayal of the titular character, the colorful characters that fill the supporting cast, the Tarantino-esque fractured narrative that mixes up the pace, the outside of the box humor, the R rating—these are all puzzle pieces that connect to make a great flick. But besides the obvious, what really makes Deadpool standout amongst its Marvel Cinematic Universe peers? It took chances. The studio took a chance on a popular, but not (traditionally) marketable character. They took a chance on something ORIGINAL. There have been almost 40 movies made about Marvel characters, but we’ve never seen anything like Deadpool, the movie or the character, on screen.

Guardians of the Galaxy was a surprise runaway hit built off of fresh characters and a fresh take on super hero movies, and now Deadpool has pulled off the same stunt, but the R-rated version. They’re fun, they’re heartfelt, and they’re different. I hope Hollywood learns the right lesson from their successes. I can imagine there’s already execs in offices clamoring over the next R rated super hero movie (there’s already rumors that Wolverine 3 will be rated R, of course). They’ll try to figure out the “Deadpool Formula” and we’ll get three to four movies that try to riff on the same vibes, but they’ll all suck. Fans want to see creative, clever, heartfelt, well-executed, original stories. Why’s it so hard for the higher ups to see that? Guardians director James Gunn even shared a similar sentiment, albeit with more Deadpool-like language. Hollywood could take some of Wade Wilson’s pre-mutant advice and do right by their characters, so their characters can do right by the fans.

Not only do I love it, but the rest of the world does too. Deadpool is getting all kinds of praise garnering an 84% (currently) from Rotten Tomatoes and an 8.7 from IMDB. Numbers don’t mean anything though, right? Wrong. Not only is it a great flick, but it’s wrecking the box office in a way no one imagined it would. Deadpool, which cost approximately $58 million to make, made over $135 million over the weekend box office. To make that even cooler, Mr. Pool’s solo silver screen debut had the BIGGEST weekend box office of any R-rated movie EVER. EVER! A super hero movie that’s not really about a hero? Crazy, but is it good? Yes, yes it is. If Deadpool wasn’t on your radar before, he will be now. I was trying to be wary with my hopes and expectations for this movie, but after seeing it (twice) I can say with 100% confidence that this is is one of my favorite comic book movies ever. If you can, see it in IMAX. The larger format adds a a little more glory to the gore. Deadpool is your favorite comic book movie’s favorite comic book movie. Go see it.