Since moving to San Francisco by way of Los Angeles, I’ve had the chance to meet a lot of incredible and interesting people—emphasis on “interesting people.” Everyone from depressed, vulnerable, up-and-coming models to well-established clothing brand owners that have followed their dreams. Boris is no different. Through an ability to combine beautiful, revealing women with his horror-inspired streetwear brand, Creep Street was born. Trust me, when I first heard the name, I had no idea what to think, but meeting the person behind something can really change your perception on their brand or company. I was fortunate enough to catch up with the creep behind Creep Street right before his pinnacle move to LA to find out the ups and downs of running a clothing line full time. 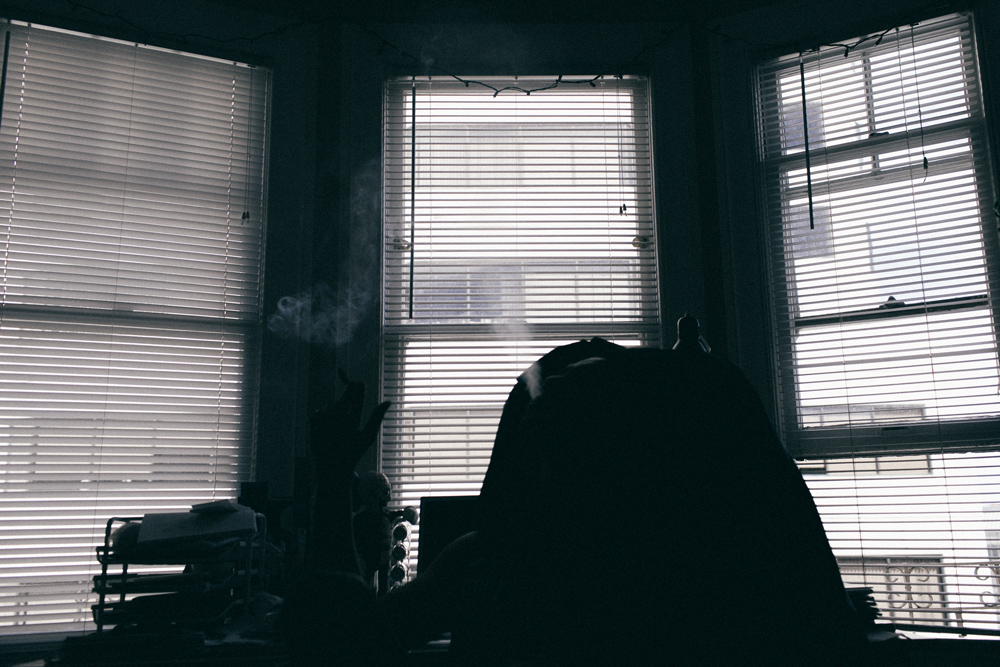 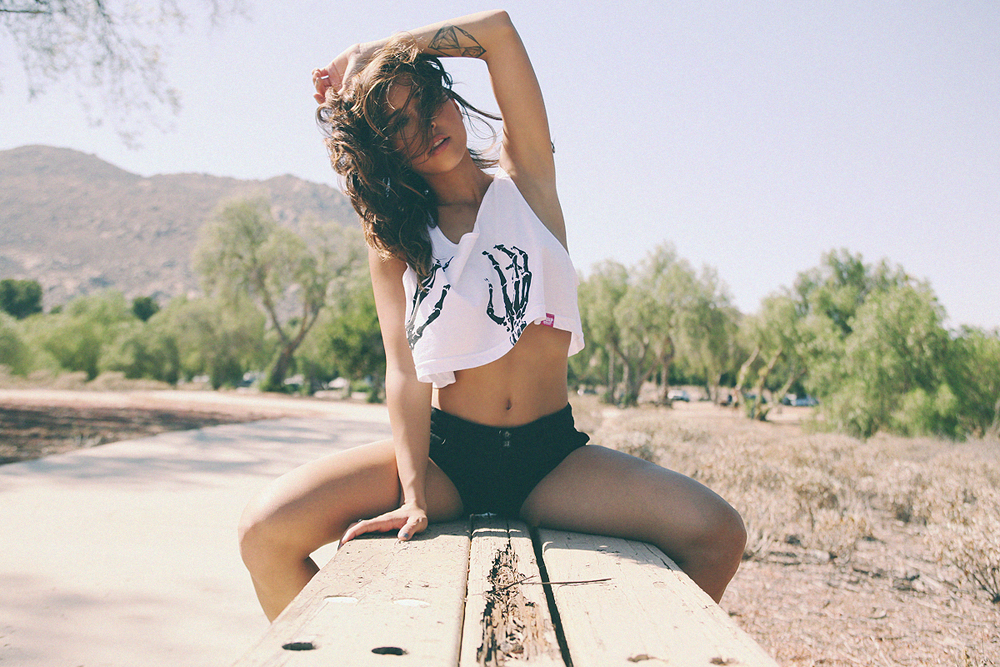 BRIAN SIN: Alright Boris, give me a background on who you are and what you do.
BORIS/CREEP STREET: Well... I’m just a kid from Queens, New York. I’m a graphic designer and owner/founder of Creep Street.

Why the name Creep Street?
It was around 2006, I was living in Boston at the time. One of my close homies and I, we were both working at Puma designing T-shirts at that time and we wanted to make something different. Something that was cool and dark that was out of this world but still street at the same time. From there I was like “uhhh... Creep Street?” We didn’t think too much of it at the time, I mocked up some logos and it went from there.

Would you consider yourself creepy?
I think you’d have to ask the girls that. Just don’t ask my ex girlfriend [laughs]. 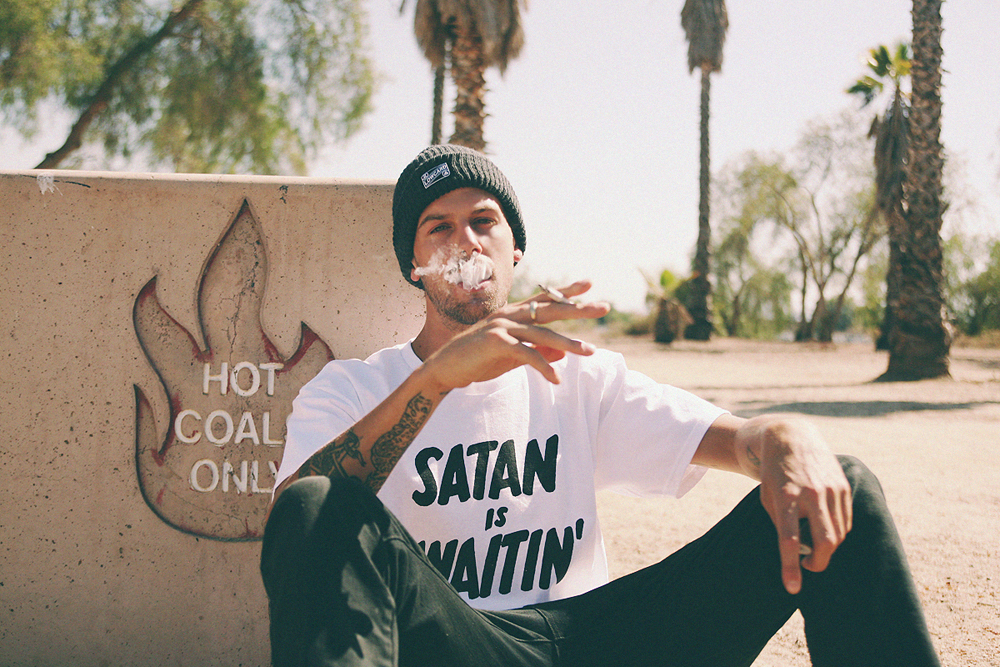 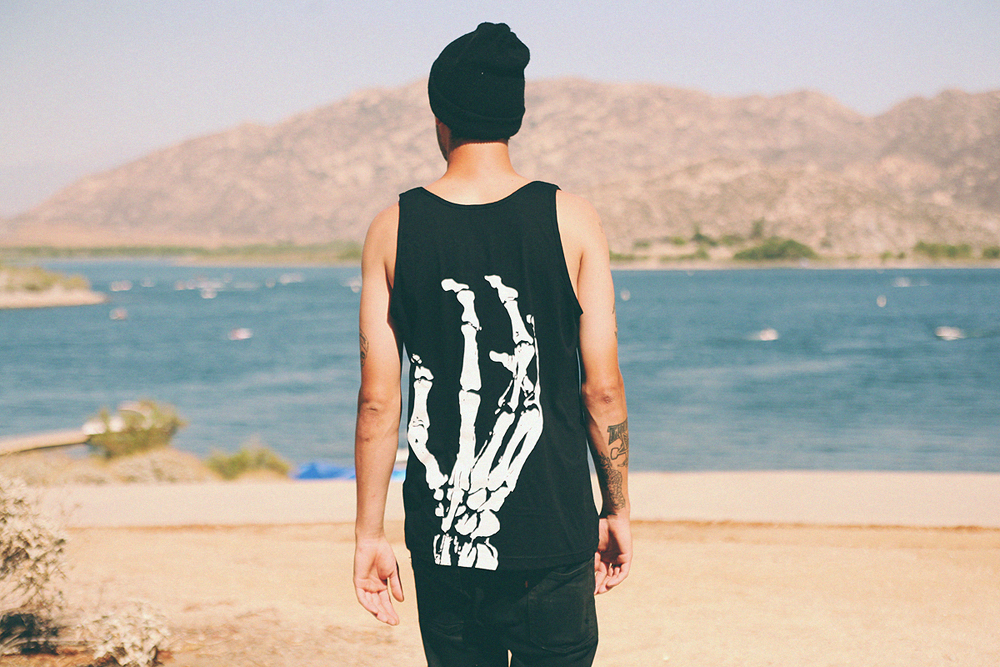 So in the beginning of starting a brand its usually fun and games, you’re not too serious about it and the innocence is still there. Was there any hurdles you had to overcome in the beginning?
Man, it was the fucking worst. It was everything from dealing with shady people, to production issues, to people owing you money and us trying to scrape up some money. We just busted out whatever was in our savings accounts and just prayed to god that something would come out of all this [laughs].

Pretty much whatever money you guys would make would get put back into the brand.
Yeah, we’ve come a long ways with a lot of ups and downs.

The last time I saw you, I believe we were outside of a bar in SF and you mentioned you were on the verge of leaving your corporate job to pursue Creep Street full time. What made you come to that decision?
I’ve done ten years in the corporate world and I felt like it was a good experience. There’s so many things you can gain from working in a much larger organization that includes different groups of people and just learning everything from design/production/sales/etc. It really helped a lot. At one point Creep Street started to pick up a little and at that moment I felt like we really had something special going on. There was times where I wasn’t feeling confident about it and luckily people were there to hold me down and just tell me to keep going. 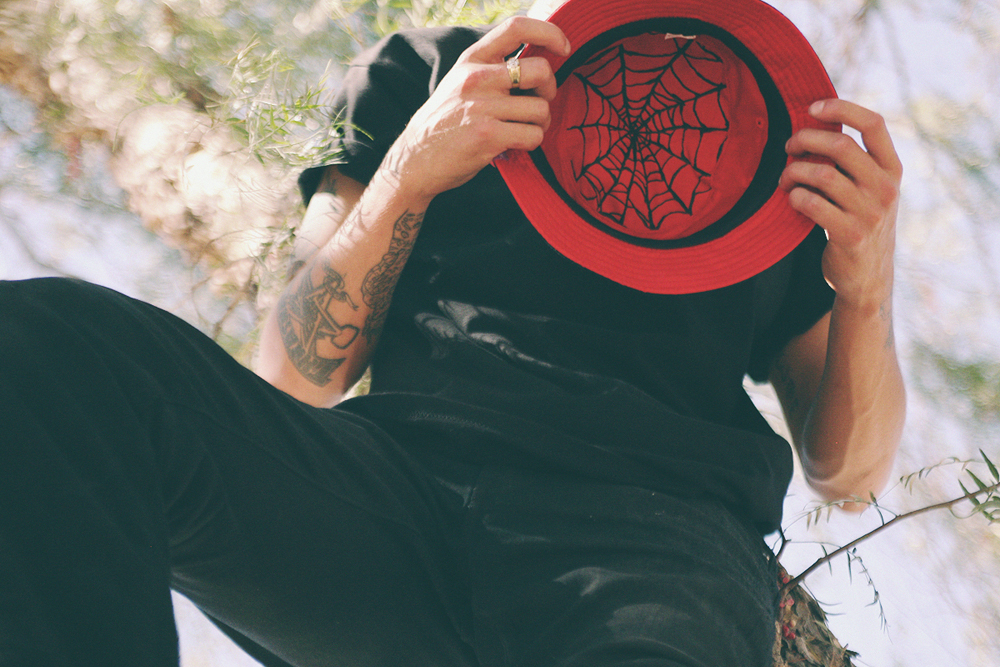 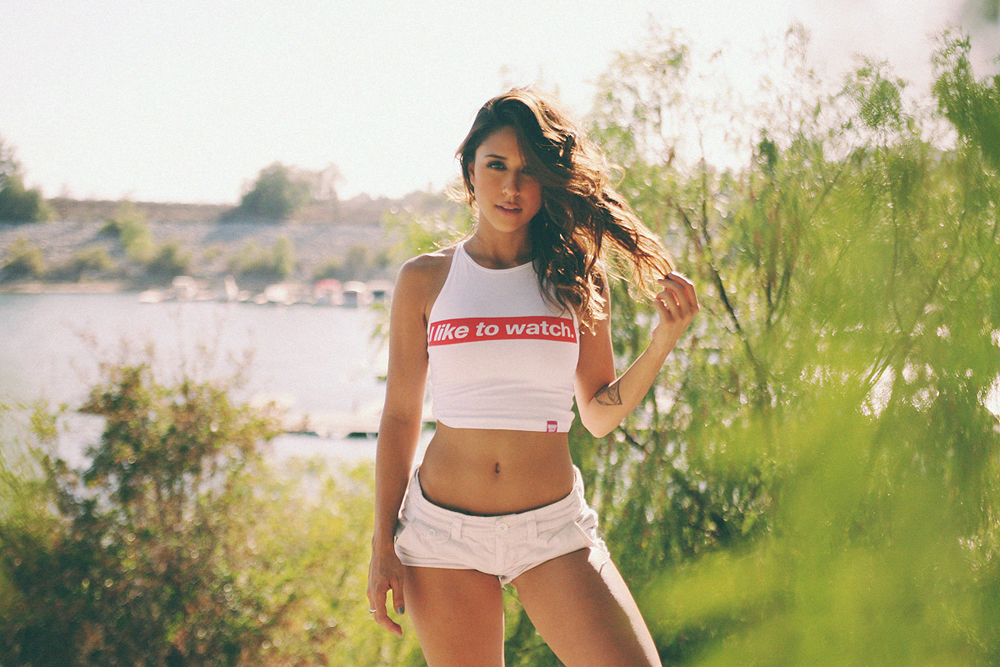 At one point, did you feel like you hit a brick wall with your creativity while working for a corporate company?
Yeah, I just felt like for me, I just wasn’t learning anymore. I was just giving and not receiving. You start to just pump stuff out without any feeling you know. It got to a point where if I was going to stress about work, I wanted to stress over my own and not anyone else.

What was the scariest part about leaving your job?
Going broke, being broke. Still needing to paying off my credit card [laughs].

Yeah, I think that would stop your average person.
I think the biggest fear is just failure and I think thats what makes most people scared to make that full jump. When I first started Creep Street, I didn’t know where it would go but after a while you start to build a little confidence. I felt like since I was doing this 50% of my time, I needed to see where it would go if I gave it my 100% and see where I could really take it and give it the justice I think it deserves. 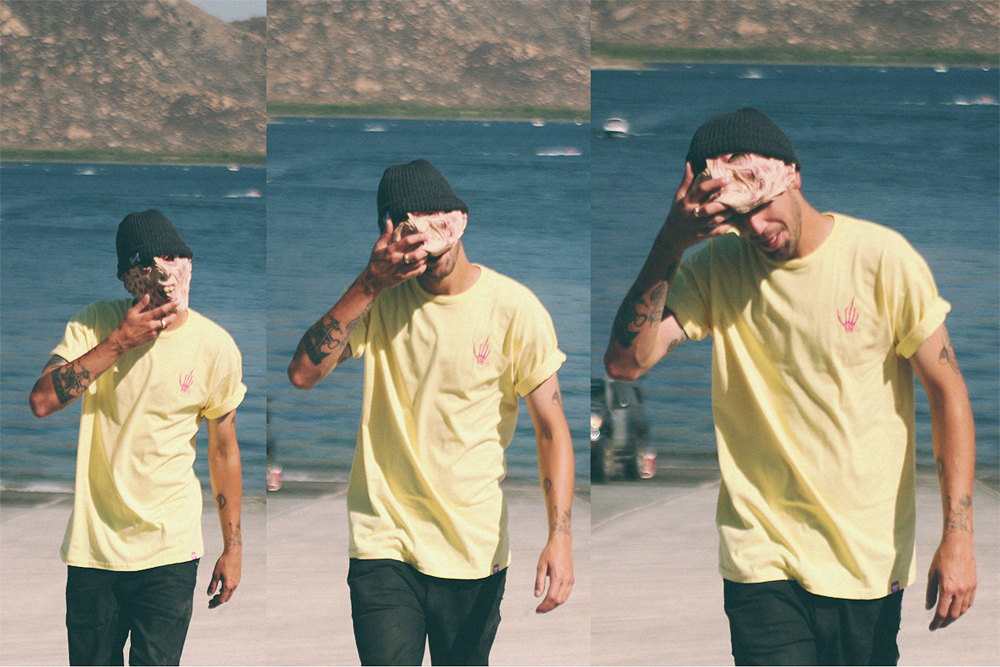 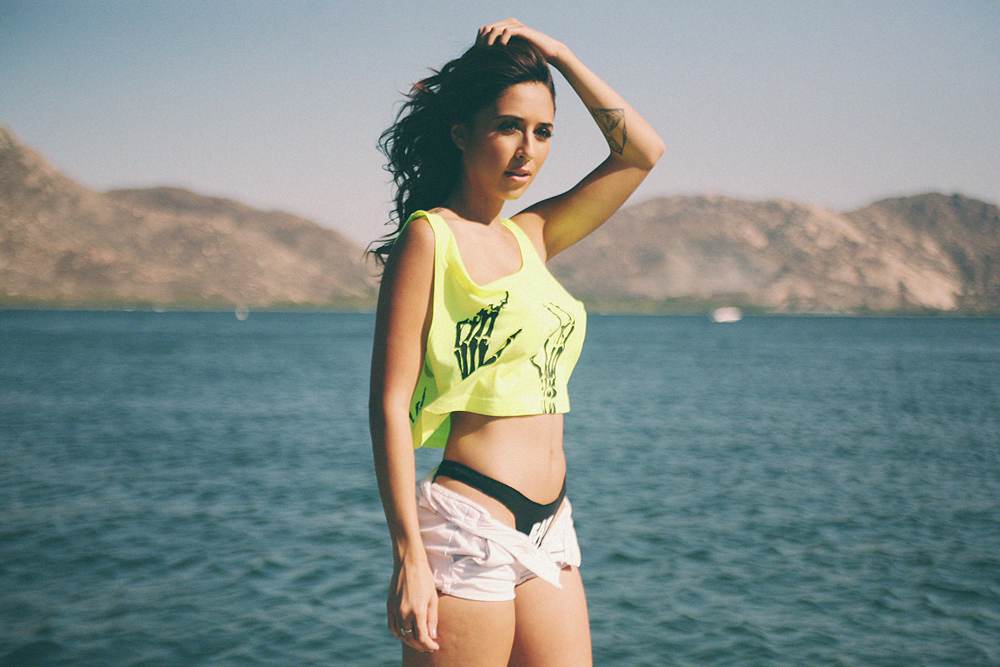 Most brands you see these days typically fit under a certain category for who they cater towards, where would you say Creep Street fits in?
It’s funny because I get asked this question all the time... We cater towards streetwear but really it’s almost just a lifestyle. It’s for everybody while at the same time not for everybody. It’s roots at the end of the day are skate, horror, and hot chicks obviously, ’cause who doesn’t like hot chicks? [laughs]. I think its really a reminiscent of a lost era from the ’70s, ’80s, and even ’90s. Where things were still funny, yet they still weren’t so politically correct. As a kid just watching a bunch of movies like Night of the Living Dead, Monster Squad, and Friday the 13th, it really affected me and I feel like there hasn’t been anything like that in the last decade and I just want to celebrate that.

In this day in age, you see so many brands coming and going. What do you think is key to keeping your brand going without losing its aesthetic and integrity?
I think its reminding yourself why you started it in the first place. I know from a business standpoint, things change and they evolve. I think you gotta check yourself every once in a while to make sure you stay true to your roots. 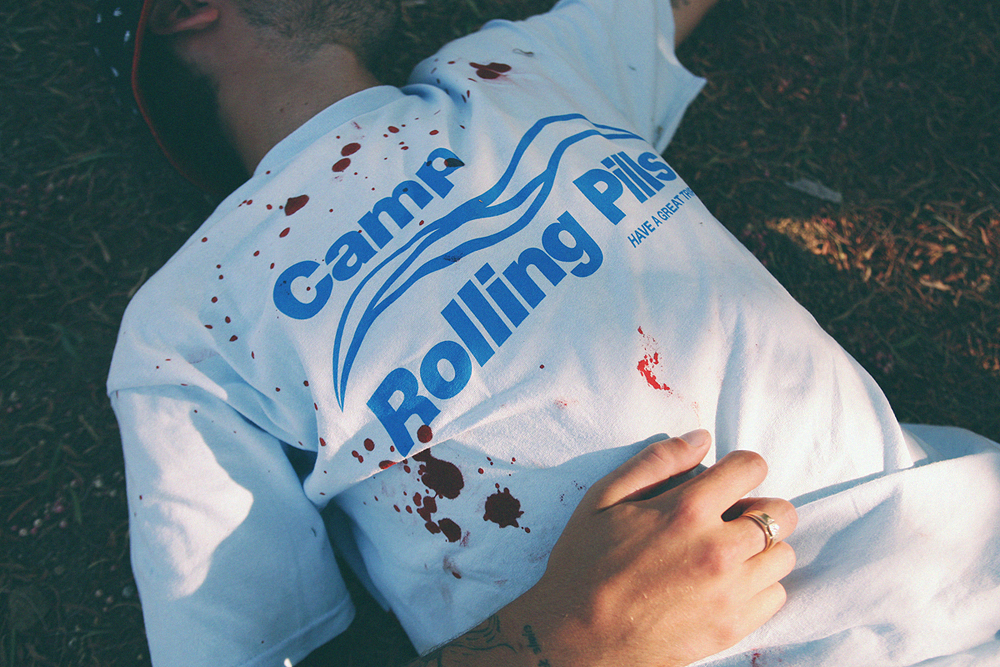 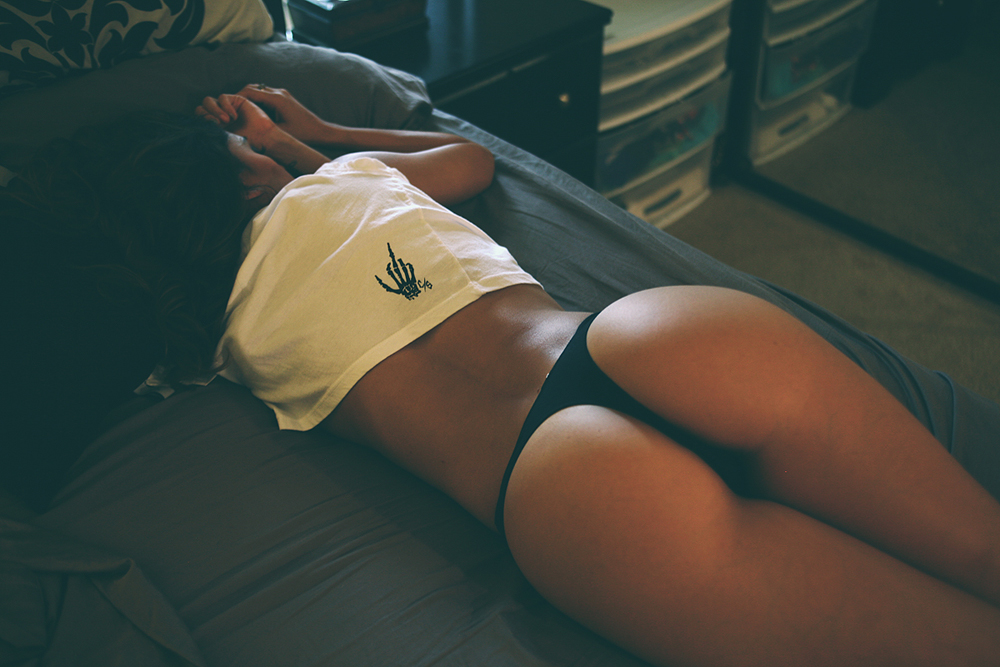 What’s your 5 year plan for Creep Street?
Expanding the line, adding some elevated pieces. We got a lot of capsules and collaborations dropping. Working with a lot of the photographer homies and independent artists.

Any last words/advice for anyone thinking about taking the jump from leaving their job to doing their clothing line full time?
Yeah, don’t do it! [laughs] Nah, think about it but don’t overthink it and make sure you trust your gut. A lot of people scare themselves out due to financial situations but you got to put yourself in a do-or-die mentality. Get it while you’re still young. 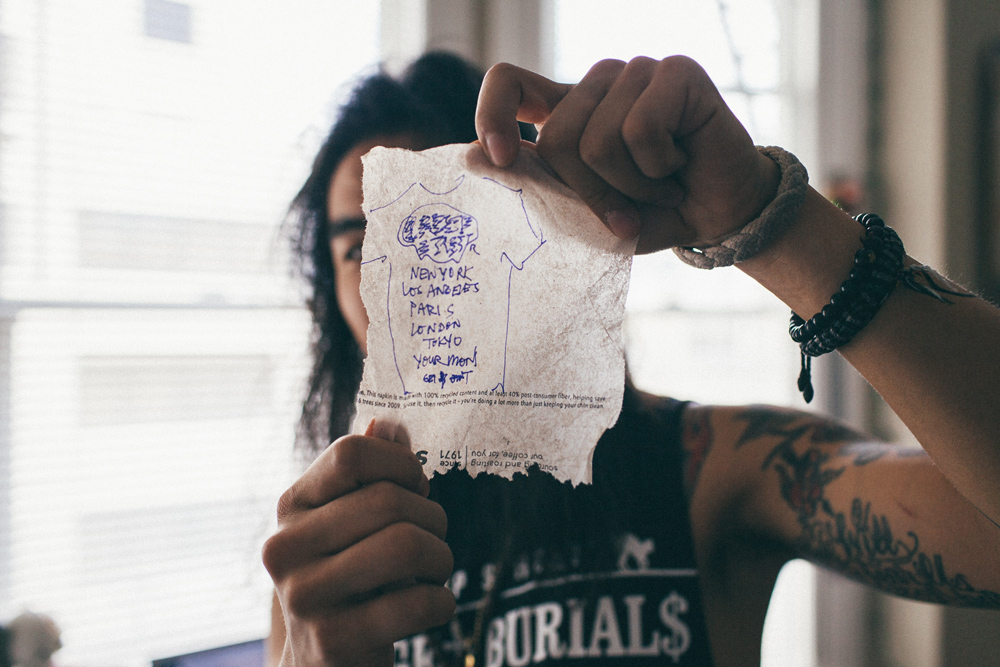 Tom Winslade
An interview with Samuel Ross of London's A-Cold-Wall, a unique brand concept with a vision to reinvent a now-long-gone notion of streetwear: To document true UK street culture.
HIDE COMMENTS