Close, But No Oscar :: 5 Times The Academy Got It Wrong

The 2017 Academy Award nominations were announced and they were... surprisingly on point. Significant nominations—both numerically and symbolically—for Moonlight, Hidden Figures, Loving, Fences, Lion, 13th and I Am Not Your Negro were not just well deserved but they certainly felt like a righteously justified antidote to two consecutive years of #OscarsSoWhite. But the Academy still has a long way to go before it can congratulate itself for doing the right thing. Inclusion and representation are still needed more consistently—both in front of and behind the camera—to where it’s the normalized standard instead of a celebrated rarity. We can only hope the pendulum keeps its momentum swinging in the right direction.

But aside from Hollywood’s woefully shameful lack of diversity, the Academy just tends to have terrible taste in films. When the voting body of the Academy is mostly comprised of old, stuffy, affluent white folks, the films and performances that receive nominations will often tend to reflect that demographic as well.

Just to take the piss out of the members of the Academy, who are undoubtedly patting themselves on the back right now for appearing progressive in 2017, here are 5 times when they totally failed and awarded the wrong movie for Best Picture.

The Nominees: As Good as It Gets, The Full Monty, Good Will Hunting, L.A. Confidential, Titanic

Make no mistake, what James Cameron accomplished on a technical level with Titanic should be applauded. With a budget of $200 million (the most expensive in the history of cinema at the time), Cameron recreated the breathtaking size and immense scope of the doomed vessel with exhaustive, painstaking detail. Even the interior shots of the Titanic—thanks to cinematographer Russel Carpenter’s lingering lens—contrasts the beautiful labyrinths of hallways and baroque dining rooms on the wealthy class levels against the cold, sterile confines of the lower class levels with an expert eye. It’s a beautiful-looking popcorn movie, and there’s nothing wrong with that. But an Oscar-caliber Best Picture it is not. 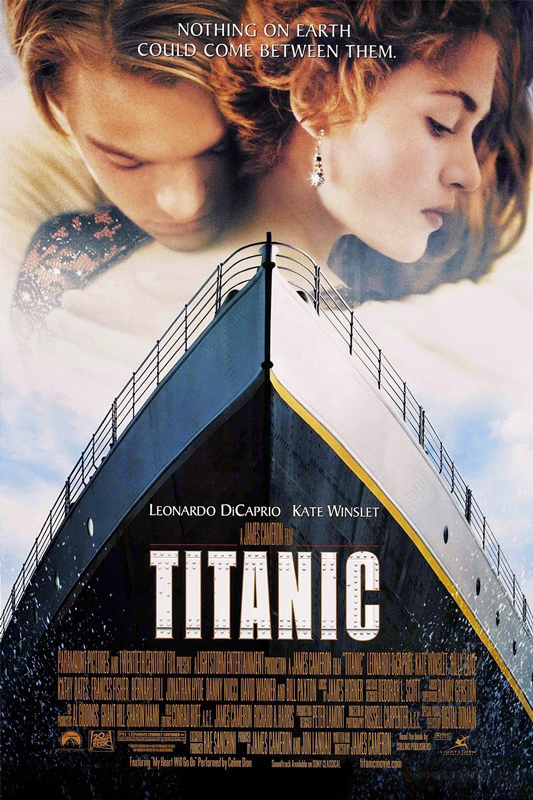 As with most of Cameron’s movies post-Aliens, the spectacle intentionally suffocates the experience so you don’t notice how uninspired and hokey the script is, how wooden the acting is (looking at you, Leo), and how woefully on the nose the #message is. It’s a derivative love story—one we’ve seen a million times in far better films—wrapped in a visual dreamscape with a hefty price tag.

Curtis Hanson’s L.A. Confidential on the other hand is a brilliantly written, lean neo-noir with the complexity of a morality play mixed with the propulsive intrigue of a pulpy crime thriller. It’s not just one of the best L.A. movies of all time; it’s one of the greatest movies of the last 20 years period. With an Oscar-winning performance from Kim Basinger, as well as memorable turns from Russel Crowe, Guy Pierce, and Kevin Spacey, L.A. Confidential managed to be cinematically sensual without losing its smarts—its meditations on police corruption, racism and celebrity feel especially prescient today. That 1997 Best Picture Oscar belonged to L.A. Confidential.

What Was Nominated: American Beauty, The Cider House Rules, The Green Mile, The Insider, The Sixth Sense

What Should’ve Won: The Insider

Of all the movies in the “White People Thinking Their Lives Should Be Infinitely Easier than it already is” genre, Sam Mendes’s American Beauty is certainly one of the bleaker, darker entries, thus making it far more honest than the standard fare. A tale of suburban ennui tainted by Nazi neighbors, cheating spouses, and creepy old men fantasizing about banging their daughter’s high school friends, American Beauty certainly paints a haunting picture of the ugliness that lurks beneath the surface of privilege. I’m sure that’s why it resonated so well with the boring old white men who composed 76% of the Academy voters back in 1999. But let’s be real: this movie is the cinematic version of the jerking-off motion. 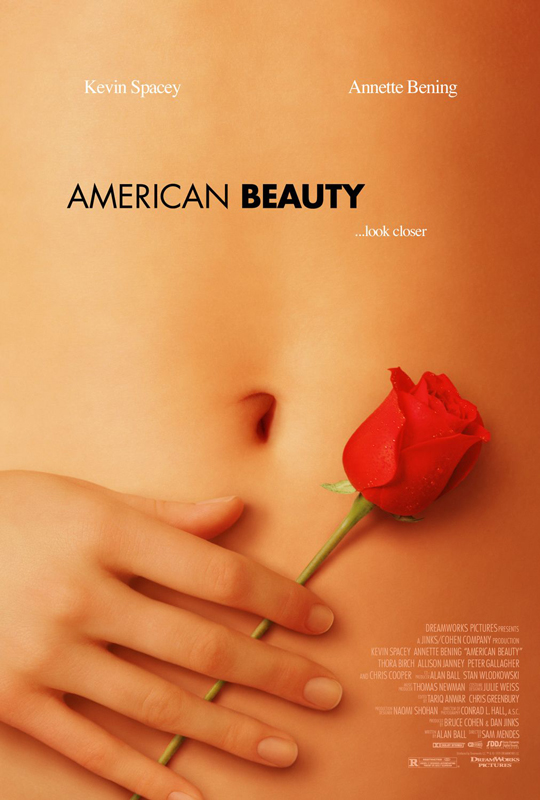 Michael Mann’s The Insider, though, is a masterclass in multi-micro-genre-blending. Centered on a whistle-blowing chemist (played by Russell Crowe) who decides to expose the tobacco industry, The Insider contains elements of a courtroom procedural, a dramatic biopic, and the intensity of a sports nail biter. There’s a hyper-realism in all of a Mann’s work, but The Insider uses it to a perfectly modulated effect, especially in contrast to one jarringly surreal sequence involving hallucinations and dissolving hotel room walls. It’s a perfect storm of tour de force acting from Crowe (plus an unusually subdued performance from Al Pacino), robust writing, and laser-sharp focused directing from Mann.

Noted ex-Scientologist Paul Haggis really made the first All Lives Matter movie back in 2006 with Crash, a fractured narrative intertwining the dramatic events experienced by a diverse group of Angelenos. Not to take away from the strong performances of Don Cheadle, Michael Pena, Thandie Newton, and Matt Dillion, but this film is drenched in gross respectability politics and the kind of fake-woke ideology that neo-liberals love to salivate over. On a positive note: it is the first of two movies in a year’s time where Ludacris gets his ass kicked by Terrence Howard! 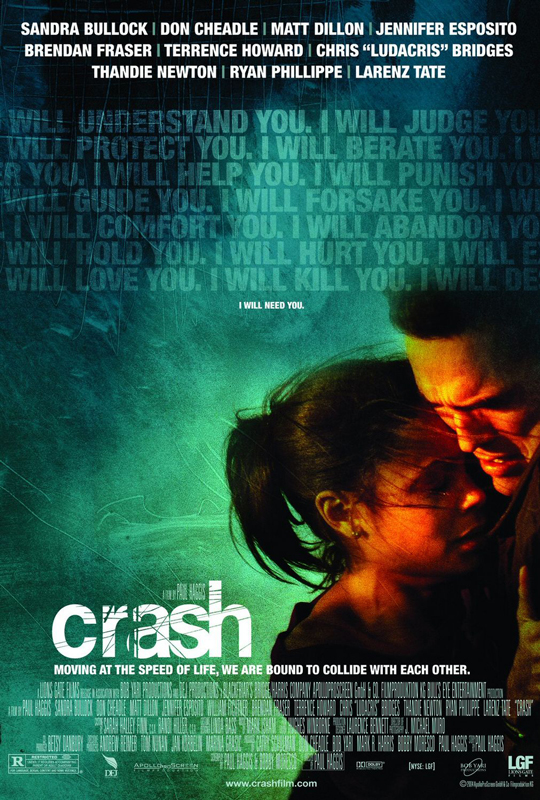 And while every ounce of the Jew in me wants to say Munich was the clear-cut best film of 2006 (I mean, when else do we Jews get to see ourselves as bad-asses on screen?) I gotta give it to Brokeback Mountain. Ang Lee’s lyrical, epic Western, shot on a stunning 35mm, instantly earned its spot in the pantheon of Great American Movies. A piercing love story about a tough, emotionally paralyzed ranch hand (Heath Ledger, in the performance of his career) who falls for a warm and charming rodeo cowboy (Jake Gyllenhaal) while driving cattle together one summer. The sweeping, lush Wyoming vistas provide the exterior setting to this story of the internal struggle of star-crossed lovers as they confront the maelstrom of conflicting emotions (and lies, as they are both married to women during their affair) they’re forced to wade through. It’s a human story, one that deals with the complexities of love and intimacy and the masks we often wear in the most painfully honest way; honesty Crash was completely devoid of.

The Winner: The King’s Speech

What Should’ve Won: The Social Network

The Academy chose the wrong period piece. Tom Hooper’s (the same hack who made us suffer through Les Miserables) The King Speech is overly sentimental theater camp drivel about King George VI’s triumphant overcoming of a speech impediment that doubles as imperialism apologist propaganda. Miss me with this shit. It’s pandering. It’s manipulative. It’s laughably bad. 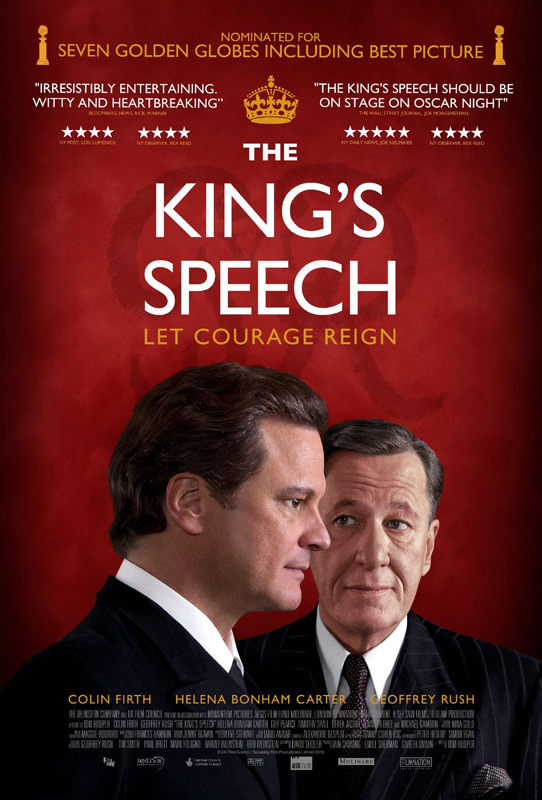 David Fincher’s The Social Network captures the Shakespearean conflicts during the birth of the modern tech bubble that hid in plain sight during the early aughts. It rightfully portrays its anti-hero Mark Zuckerberg (Jesse Eisenberg) as a cold, calculating tyrant who built an entire digital empire—fueled from of heartbreak and sexual loneliness—that changed the world. Coupled with a haunting, indelible score from Trent Reznor and Aaron Sorkin’s ferocious script, Fincher tactfully screenshotted a pivotal moment in history that is often difficult to define due to how homogenized the modern world had become, thanks, in part, to Zuckerberg himself.

The Nominees: The Artist, The Descendants, Extremely Loud and Incredibly Close, The Help, Hugo, Midnight in Paris, Moneyball, The Tree of Life, War Horse

The Winner: The Artist

What Should’ve Won: The Descendants

I’ll keep this one short and sweet. The Artist is one of the worst movies to ever win an Oscar. It is just nostalgia-pandering trash. Hollywood loves to reward movies about the magic of Hollywood and The Artist leans proudly leans into its Oscar-baiting elements. Barf. 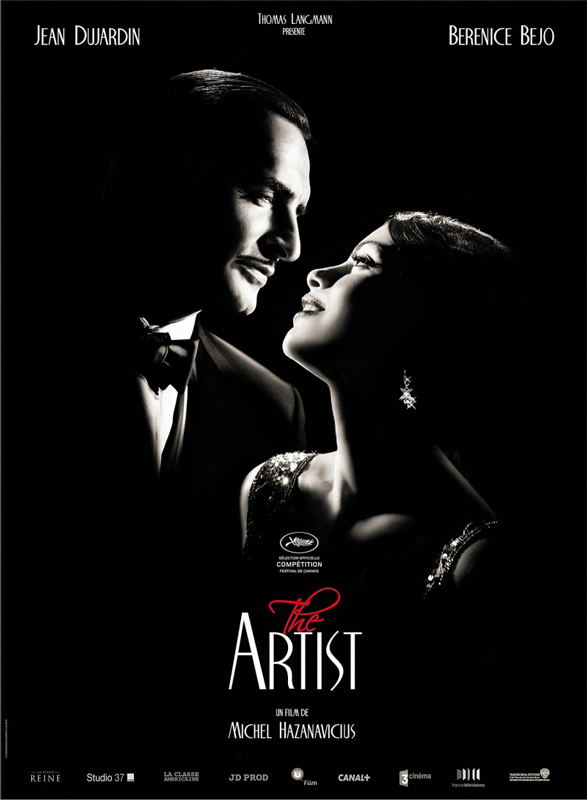 Alexander Paynes’s The Descendants gets my vote because it’s a proper comedy written by two comedians (Community’s Jim Rash and literally everything’s Nat Faxon, who won the Oscar for Best Adapted Screenplay) and it could’ve been the first comedy to win Best Picture since Woody Allen’s Annie Hall in 1976. It features a hilariously heartbreaking performance from George Clooney and a holy-shit cameo from Mathew Liliard. The Academy needs to put some respect on Comedy’s name, damnit! Jensen Karp
"It is everything movies should be: funny, disturbing, depressing, and filled with karma." Jensen Karp counts down his top 10 favorite movies of the year.

Erik Abriss
"If you think it’s going to be a regular stand-up show, you’re in for a potential rude awakening." Chappelle's Show co-creator, comedian Neal Brennan on his stand-up special 3 Mics, mental health, ...