I first became aware of Chris Burkard’s photography when a friend, a few years ago, gifted me a book, The California Surf Project, which now has a permanent spot on my coffee table. The book is filled with stunning imagery from a once-in-a-lifetime trip, as Chris and his friend, pro surfer Eric Soderquist, made their way down from Oregon to the Tijuana border, surfing everywhere in-between and documenting every adventure along the way. Since then, my Instagram stream has been filled with his inspirational photos of travel and adventure.

In actuality and unbeknownst to me, I had seen his work before – and you probably have if you’ve ever flipped through SURFER Magazine through the years, as he has contributed countless photographs to the print publication. The photographer and adventure seeker is responsible for some of the most iconic surf, travel, and landscape photography for the past decade, and it is no surprise that he has won multiple awards such as the Red Bull Illume competition and has worked with many of the world’s top brands including Patagonia, American Airlines, Apple, Toyota, and many more.

I’m inspired by individuals that go after their goals and passions and are able to craft careers from them. I had the chance to sit down with Chris at the olloclip: A Gallery for Ants event, and gain some insight into his process. For someone so young and accomplished, he still has the focus and drive to create, which comes through in his work. Chris has a genuine personality and maintains the confidence and charisma of someone that is stoked on life and looks to share his work while inspiring and always engaging others.

You can see the deftness of Chris’s craft with the way he is able to shoot photos with the same depth and magnetism on just an iPhone with an olloclip extension. So to test you guys, we’ve numbered the photos below. Scroll all the way down to see which ones were taken via iPhone. 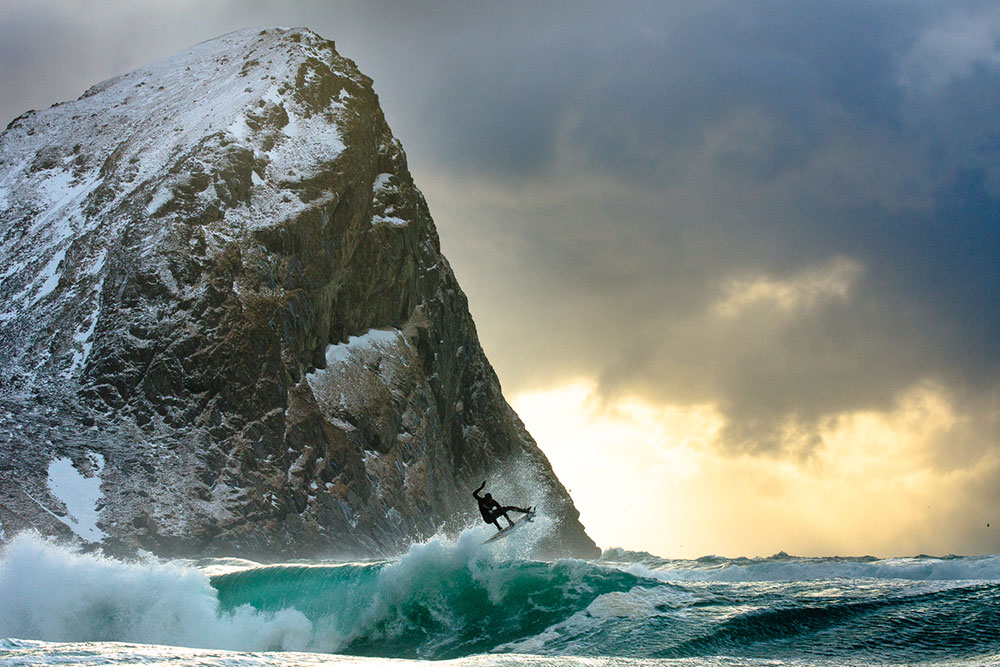 JOHN: You’ve mentioned before in your interview with Cool Hunting that, for you and where you are in your career, it’s “all about the adventure.” Can you expand on this and your appreciation for the wild?

CHRIS: To be honest, there are so many photographers these days that just have their hands gripped so tight around their work and this concept of making every cent and every dollar on every image. For me, I realize that’s just not who I want to be or how I want my work to be portrayed. I want to speak to people’s inspiration. I want to take photos and share them with the world. Mobile photography and social media have been such a huge influx of my work because I’ve just shared some of my best work and put it out there to be spread around and I’m not searching after it or tracking it down. I want to speak to people’s inspiration and want to be true to that idea and to be true, you have to put your work out there. You have to put your money where your mouth is. So that for me has been huge. I’ve always aimed to document adventures whether large or small. If anything, it’s a matter of getting out there and showing people that you can get off your butt and get out of your desk job, you can just go out. And I think there is a beauty in just being open and exploring what is available to you. 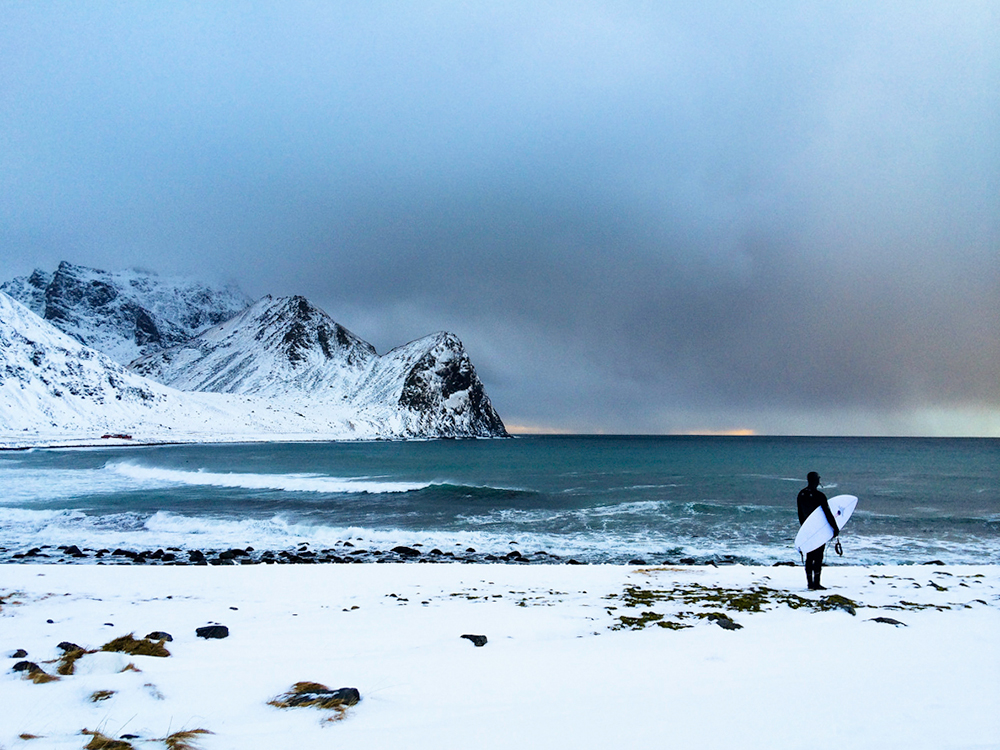 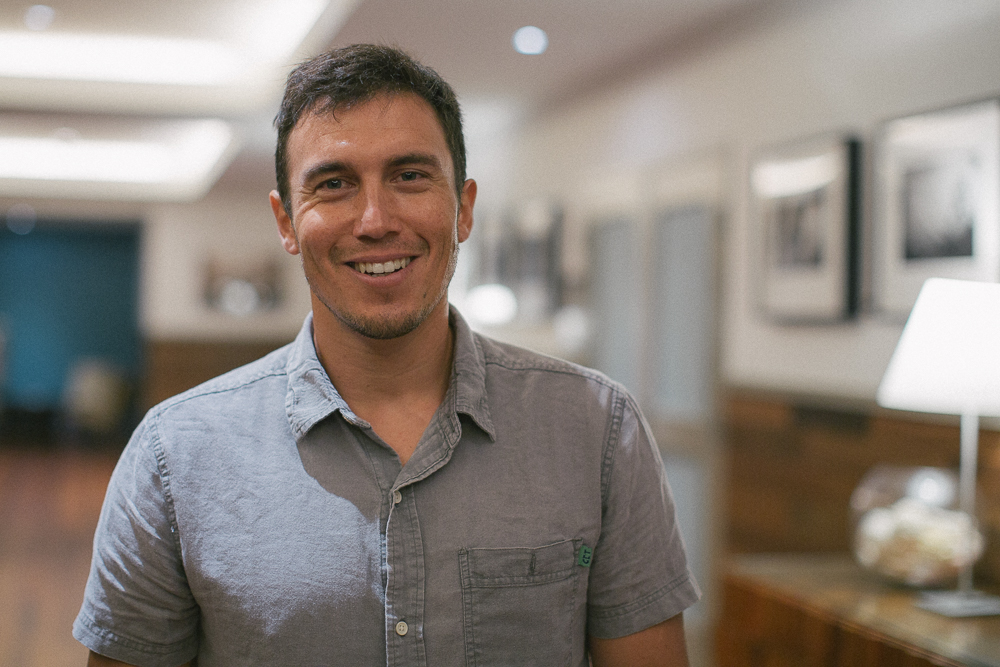 Being self-taught, how did you manage to create such a unique style at such a young age? Do you feel if you went to school you would have picked up a different style or approach?

No, because you know what, I feel like I would have had some influx of people’s personalities and their perceptions of how my work should be. And I really appreciate and respect the idea of just learning as you go, and I love that I did that so young. I paid my dues in a big way and it gave me an appreciation of hard work. And that’s what I do, I suffer from my craft. These photos weren’t shot peeking out of a van somewhere. I was in the elements and I feel that’s what I’ve always wanted to portray.

Speaking of the elements, you’ve pretty much been everywhere and in every element.

I kind of stick to the cold locations. I love going to the warm spots, but the cold speaks to me. There is something about the desolation and the poetry in those landscapes that really just makes my heart sing.

And that’s why you put out your last book. 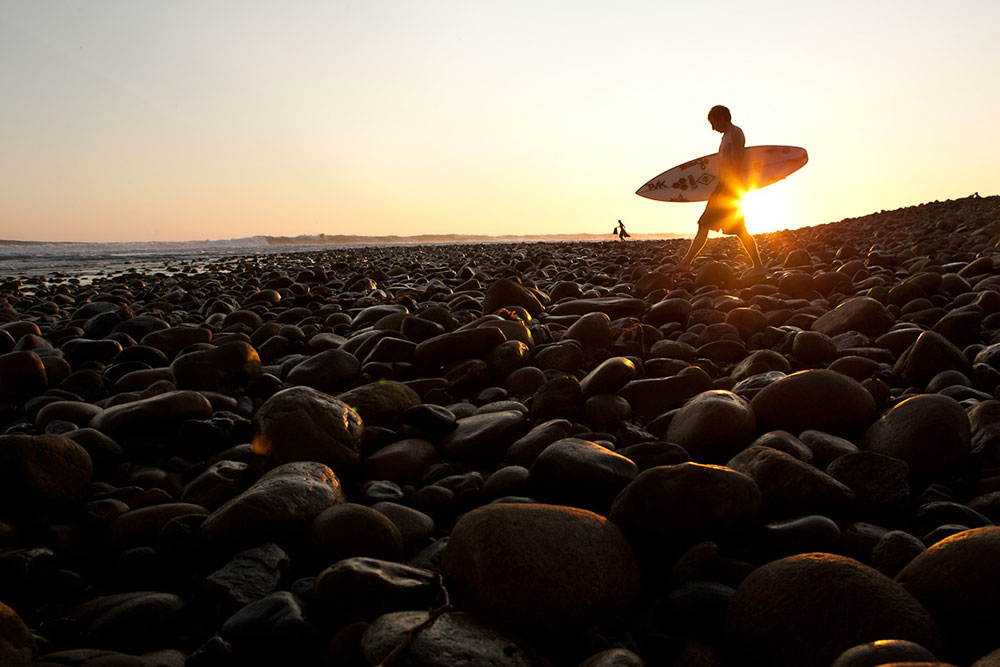 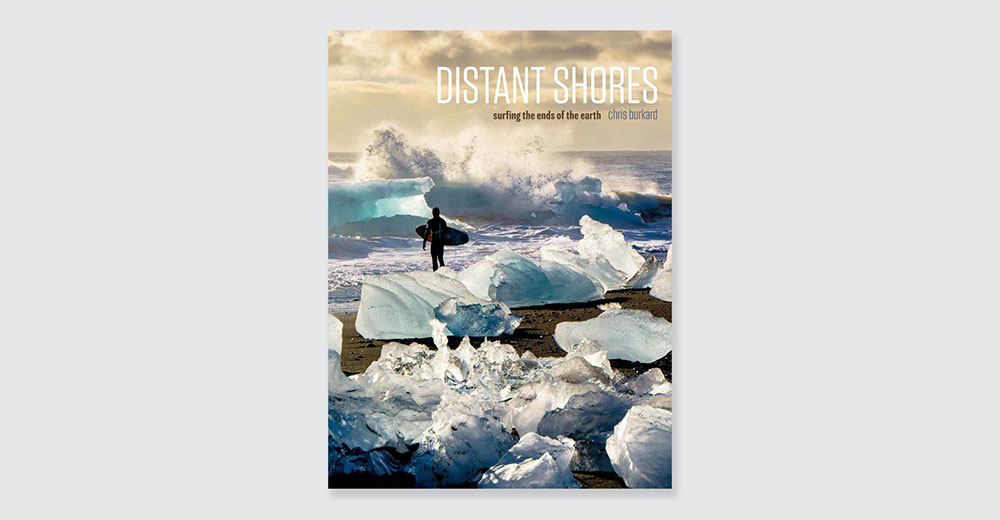 I read that you got hooked on photography after shooting with a Nikon N90s after taking a black and white photography class in junior college. Did you know this was going to be your career after you took your first picture?

I took one junior college black and white photography class. I started my career on film and I love to shoot slide film and that was the standard for surf photography back in the day and landscape photography. It was all slide film – Velvia and Ektachrome and pushing and pulling stuff. So I have that background and that was super important to me always. Exploring this realm of how to really understand photography, I’m grateful to have that background and it’s super important. It played a huge role in my envelopment in digital. Definitely, nowadays I’m exploring smaller and lighter cameras. I don’t care about some expensive set-up. I just want to be exploring the best, lightest, and most engaging set-up I can – because if I’m taking a picture with a phone, people can interact with you. That’s super important to me. 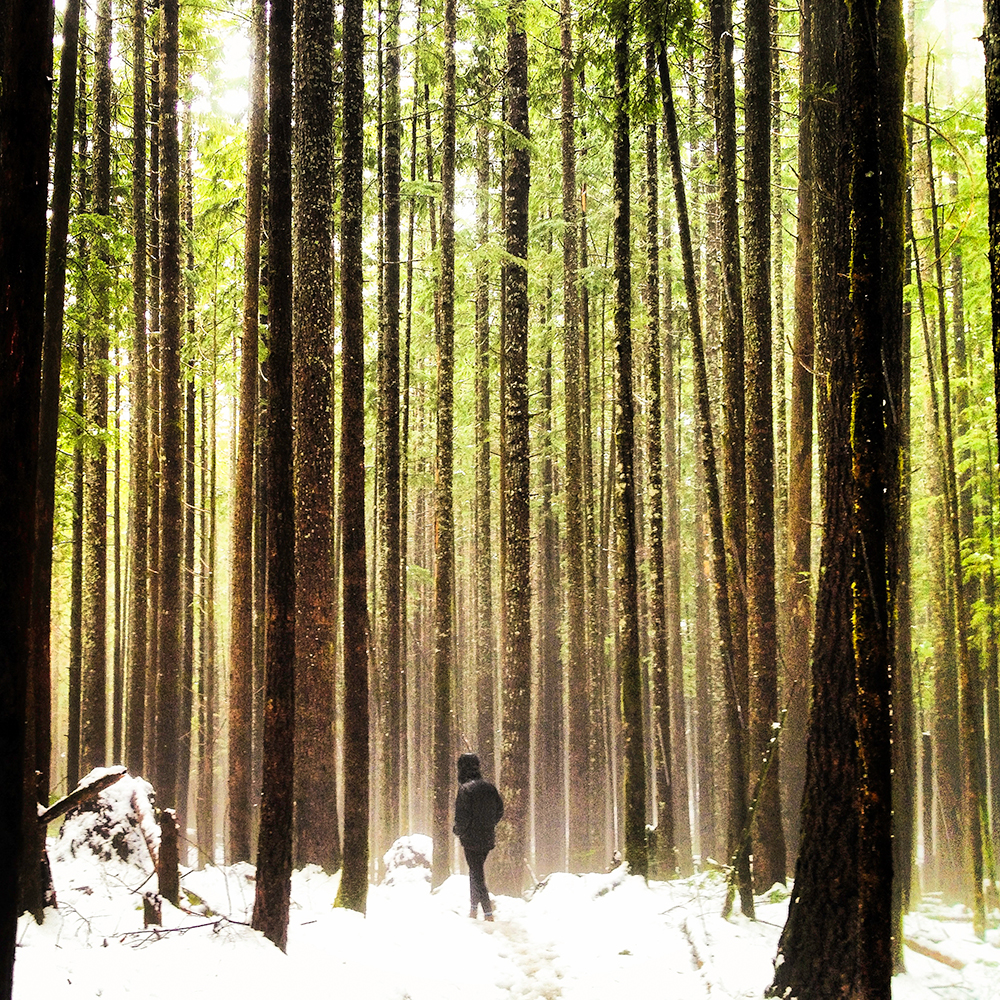 Was it Chase Jarvis that coined the phrase, “The best camera is the one that is with you?” I recently picked up a Sony A7 because it is smaller and lighter and produces great photos and is easier to carry around at all times.

Yeah, he did. The A7 is best camera, straight-up, hands down it is bad ass. It’s a really awesome set-up. I’ve been using the A7S and A7R and love them. Honestly, mirrorless is the way to go. I preach it all day.

And that sound the shutter makes.

It’s so beautiful. There’s tension and that’s what you want. 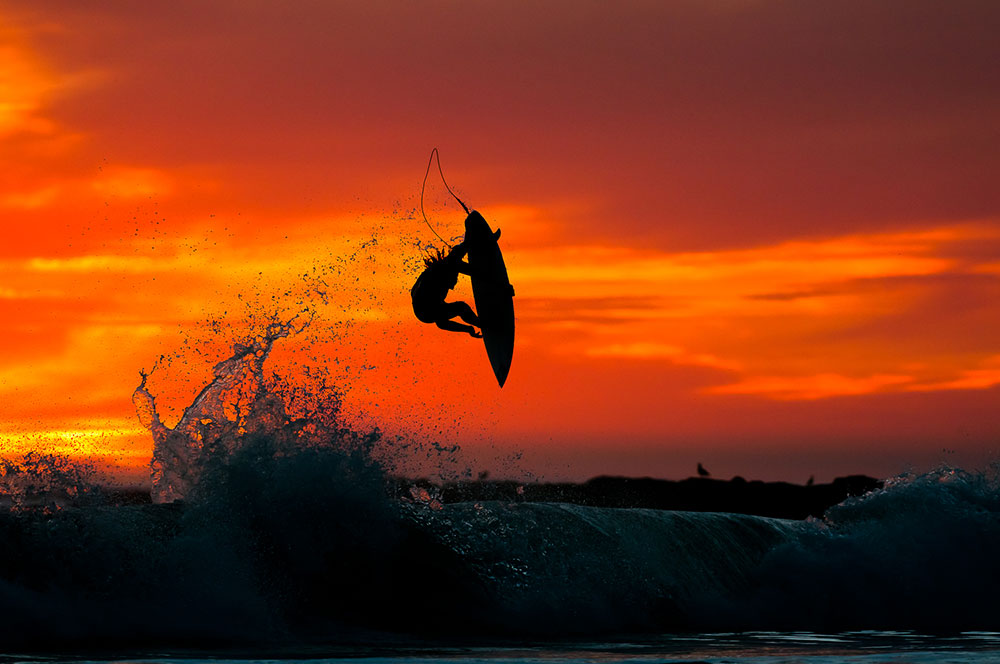 You started out really young as one of the young guns in surf photography and have won many awards early in your career. There are now younger photographers coming out of the woodwork, especially with the rise of social media. Are there any that inspire you or that you feel are changing the game right now?

Absolutely, I am constantly inspired by social media. What used to be for me – like Tumblr – was checking out books in the library. Now the length of your thumb can be your source for inspiration. It’s cool that there is so much that you can ingest just like that. For me, it’s super important. And that’s why social media is such a huge proponent of my work and understanding and realizing what’s available. It has pushed so many people’s careers, but it’s hard to say which photographers I follow or watch. There’s Morgan Maassen, who’s an amazing surf photographer, guys like Keith Ladzinski, an amazing climbing photographer. There are a lot of guys that are shooting and now developing into cinema, myself too. I’ve been directing a lot as well. 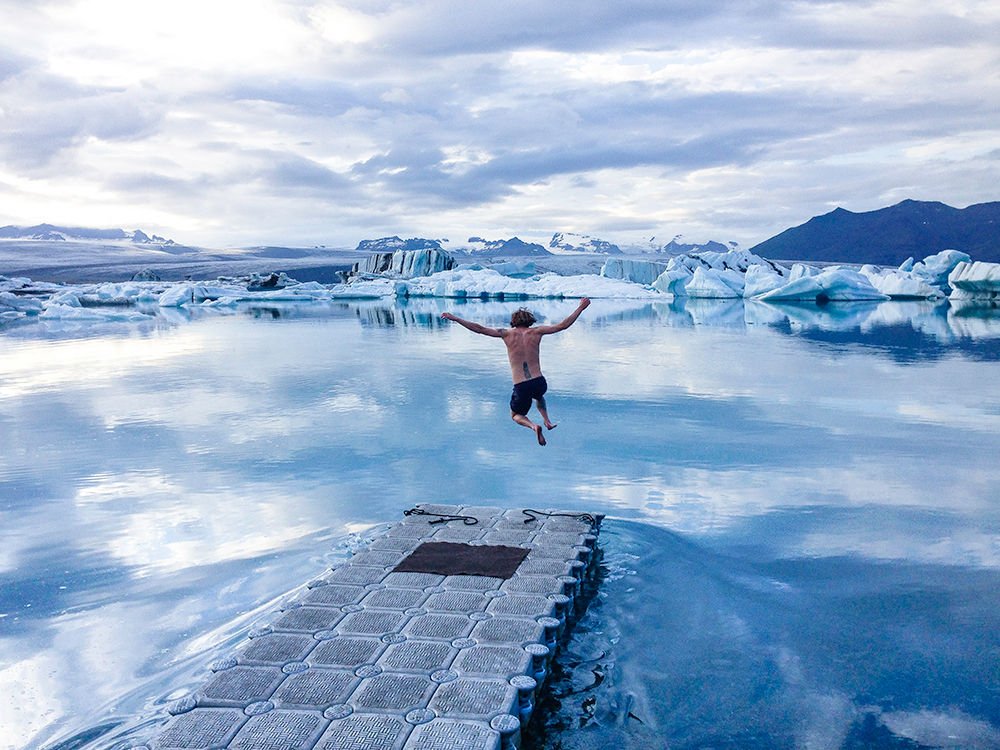 Is that the next evolution in your career?

I didn’t ask for it, but yesterday I just wrapped an international TV commercial for a big outdoor brand and directed that, and I just did another one, which was three 30 second spots. People are looking for that, and they want that same style and element.

How did this partnership with olloclip come about?

They just loved the idea of mobile photography and the concept of what I was shooting and how I was on the road and doing stuff that was out there, and that was the partnership that made sense. I was going to places that lent itself to being light, fast, and efficient and the iPhone was a natural progression for me for digital photography.

Aside from surfing, you’ve shot campaigns for brands such as Toyota, do you see yourself transitioning to shooting cars and other subjects? What other industries do you want to tackle?

It’s really fun to shoot. Automobiles for me is like a character. They speak of adventure and speak to getting out there. I love travel and shooting for travel bureaus. I love shooting cars. I love the social media projects. They don’t pay the best usually, but they are so fun to be out there, especially if it’s organized right. To be honest, I’m stacked with so many things happening and am blessed and lucky, but at the same time I definitely am not looking up, “What’s the next thing? What’s the next deal?” I really want to be challenged. I want to go to the Himalayas. I want to shoot unique and different projects that push me and push my work. I love exploring and I want to be off the map shooting things. That’s my ideal – if someone just paid me to shoot photos that inspire people then that’s it. 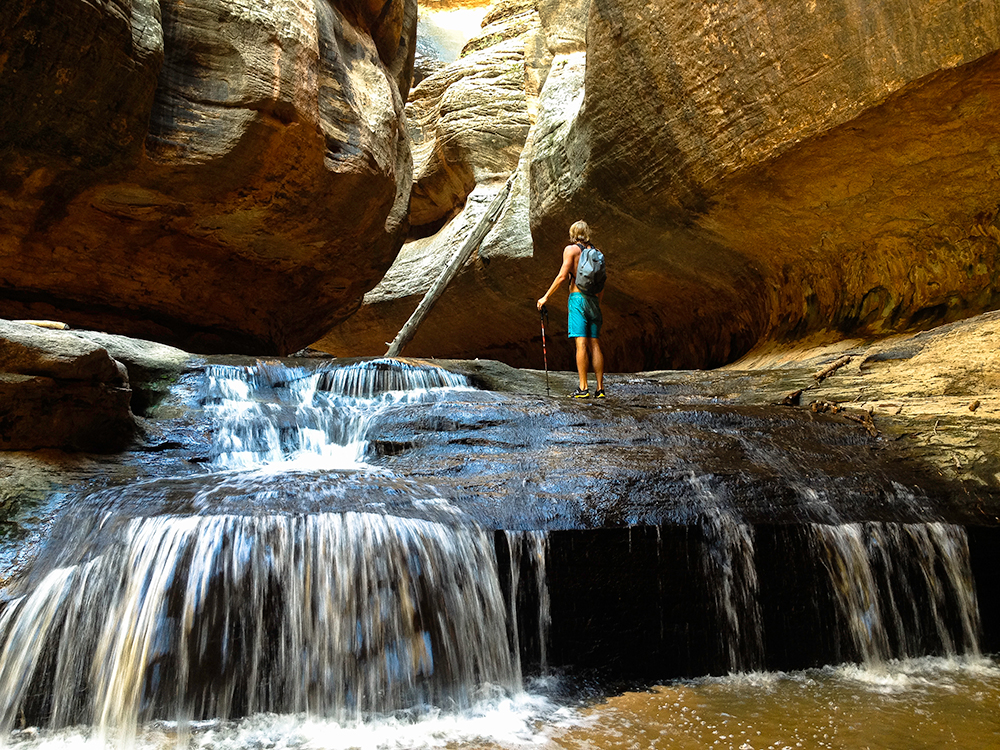 Is there anything new that you are working on?

I’m working on a children’s book right now with The Dream Press. It’s just illustrations from my photographs and I wrote the story. It’s about this kid seeking inspiration and going out there.

Would you like to send a message to any young and aspiring creative reading this? 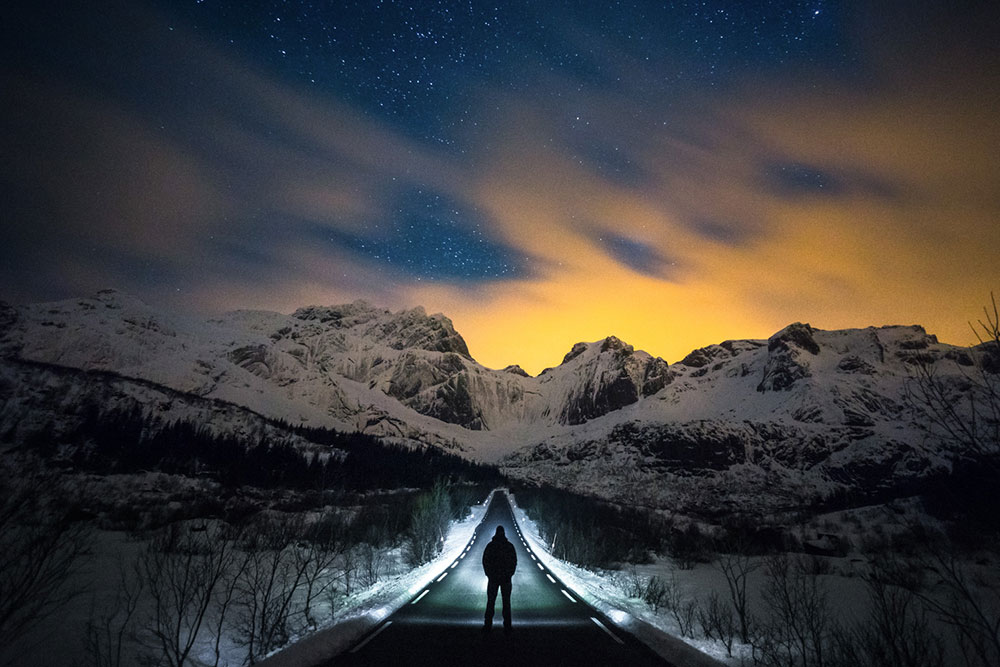 Photos 2, 4, 6, and 7 were taken via iPhone with an olloclip extension.