From a BFA in Advertising to Full-Time Artist, San Francisco's Chad Hasegawa

The entire Bay Area has been going through a ton of change, especially in the land of startups, San Francisco. They are sad, but not too unfamiliar – stories a lot of us hear again and again. The story of yet another person, family, studio, gallery, or some other small, local business that has been forced out of their space due to a hike in rent. That space is then renovated into ridiculously-priced housing or transformed into a new startup of some kind. Many artists have made the trek to less expensive cities and some have chosen to stay holding on with a firm grip.

Chad Hasegawa is one of those artists, his grip still pretty firm. Arriving in San Francisco in 2000, Hasegawa has since called the city home, with his studio still surviving the rapid gentrification of the Mission District, allowing him to continue to create work and maintain a community and a family. Leaving the wonderful rat race that is commercial advertising a handful of years ago to pursue a career as a full-time artist, Hasegawa has sort of beat the odds so far. I’ve written about and spoken to other artists that have taken their creative skills to the workforce in order to survive and make use of their skills, BFAs, and support their creation. More aspiring artists should know all the ways that they can survive in this city doing what they love and making it work for their needs, whether it is getting a part-time designing job, a part-time art hanging job, or selling just enough to survive in the studio full-time. Either way, it’s good to know that, during this time, it is possible for visual artists to find ways to survive that doesn’t demand constriction or narrowing of their creativity as an in-house designer for some overly-saturated industry-driven workforce. Many don’t understand the actual NEED that artists have to create freely. Society as a whole benefits from this creation. Art is artifact. It’s something that doesn’t upgrade and become obsolete over time. Chad’s portraits are frozen moments that people can reflect on. They speak of two times – the time of their creation and the impact of the subjects’ lives. 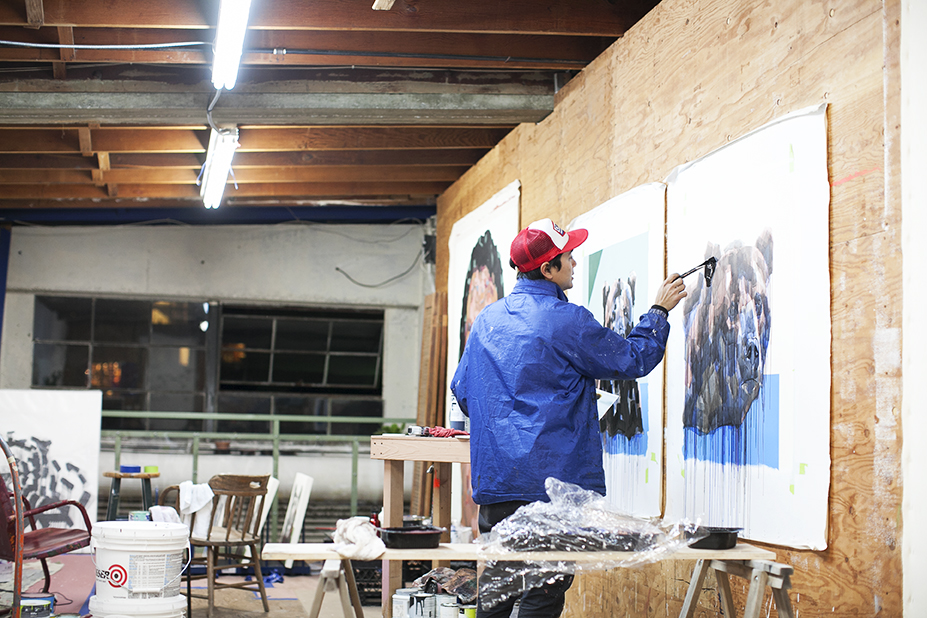 BROCK BRAKE: You’ve been busy, busy. You were apart of Vertical Gallery’s 2 year anniversary exhibition that recently opened in Chicago, and soon you have an exhibition opening up at C.A.V.E. Gallery in Venice, California. How do you handle being a part of two shows back to back?
CHAD HAWGAWA: Just got to get on the routine of work and work and work. The typical routine when you’re an artist that is starting out.

How does it feel feel to branch out of the San Francisco art scene and into other cities? Is it exciting for you to think about all the new people viewing your work for the first time?
Well, it is exciting. I just wish I could put more work into that city before showing. But I guess you gotta start somewhere. 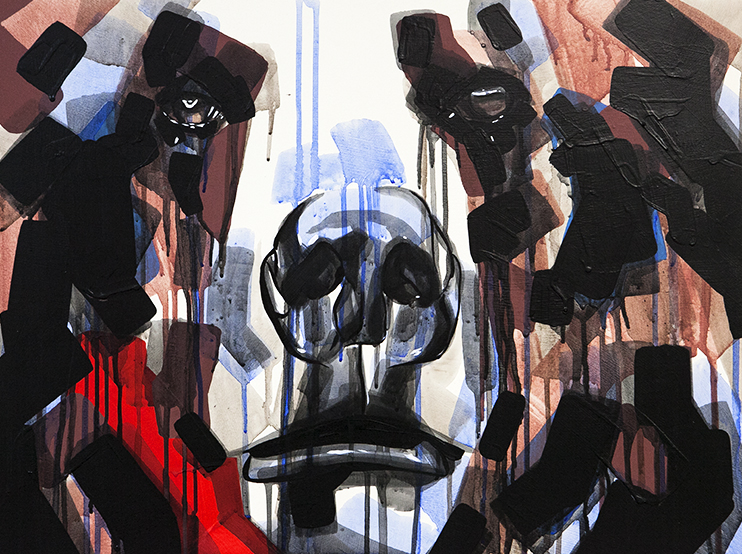 What is considered a regular day for Chad Hasegawa?
Wake up, get ready, make my cup of coffee. Check and respond to emails. Get to the studio, happy work until I’m exhausted. Leave and go home with no time wasted. That’s only one type of day in my whole week. Thats a pretty awesome day for me.

Watching you branch out into this new series of portraits has been exciting. Tell us about this new series. Who have you painted and who is next to paint?
Well I’ve always thought of my bear paintings as portraits. Always tried to capture the more humane expressions. I like painting ones that stare at you.

I started out with the major ones first – Chuck Close, Keith Haring… I call this series the “folks we know.” “We” meaning “us” in this art world. 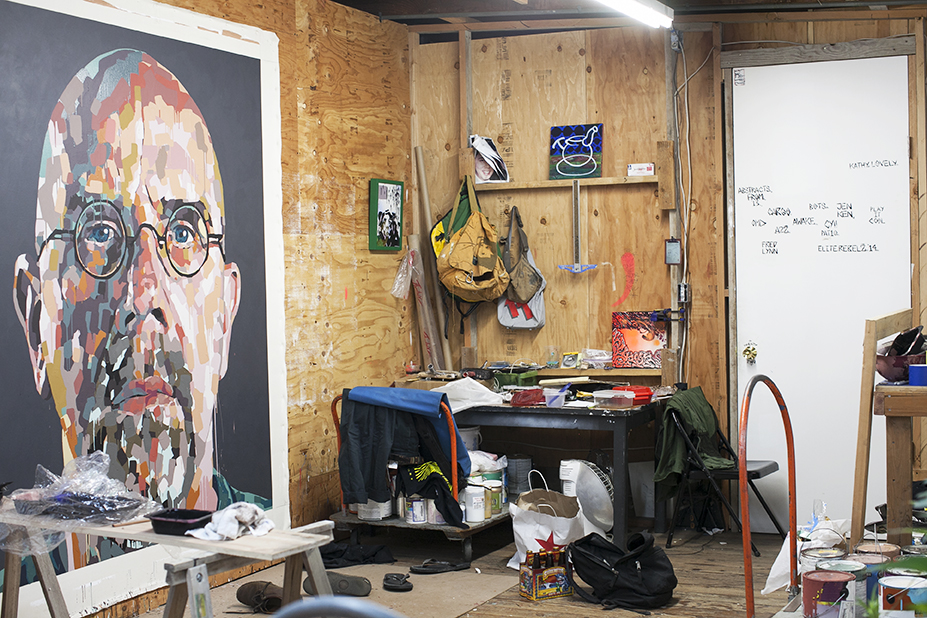 You were part of this years Pow! Wow! Hawaii mural festival in Hawaii. How was that? You had one of the biggest walls, so I’m sure that kept you pretty busy.
It was great. I was very happy to be a part of something as major as that in Hawaii. I’m from there. It really made my family and friends proud of me. The people that made it happen were really doing it big for the artists of Hawaii. A lot of my favorite artists were in it as well.

My alley was insane. I was able to paint all night long and always had lots of people around me partying and/or helping. After a certain time, the whole entire part of town, Kakaako, became this place of anything goes. So I kind of just became a spectator – pretty much entertained the whole time. Out of control… Really inspirational. I’m really used to painting that way. I wish I could partake in some of the fun that went down, but I was extremely focused, determined, and always had some paint tool in use to complete the mural. 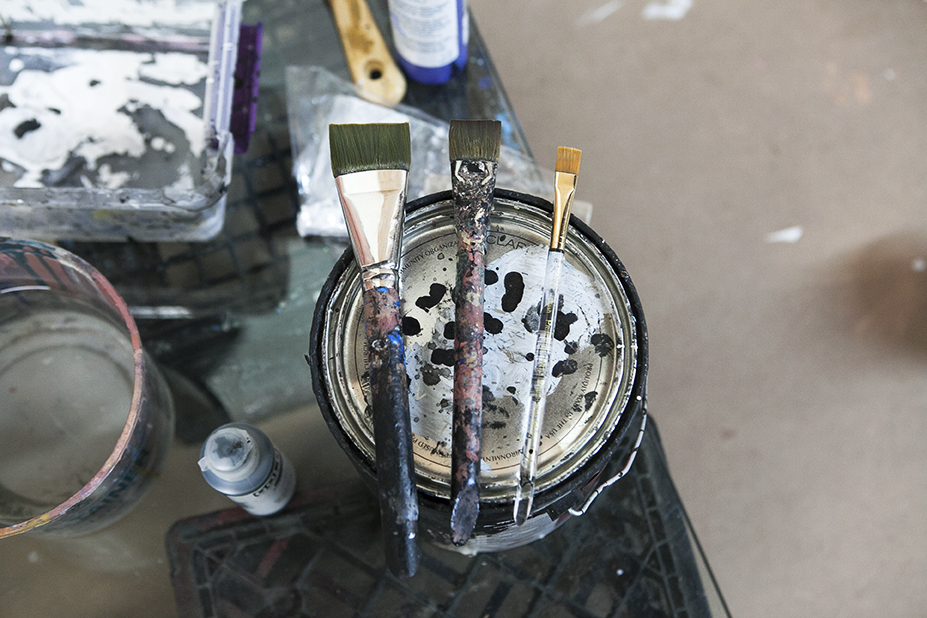 Let’s say all the water does dry up in California, where are you moving to?
Let’s not say that. I love San Francisco. I won’t have it any other way. Art’s great like that and so is FedEx.

Social media platforms like Facebook and Instagram, for better or worse, are playing a big roll in a lot of artists’ careers. How do you feel about the social media craze and its effects to the overall art community?
I’m really bad at it, I don’t share too much. It does help people see your art that would never see it in person.

The best part about art you really can’t lie or boast… it doesn’t matter, it speaks for itself. I don’t believe it makes your art better.

A friend told me that they use it as a diary, and that they are able to look back at what they did for the entire year just by scrolling down. Well, as long as they post everyday. I thought that was interesting. 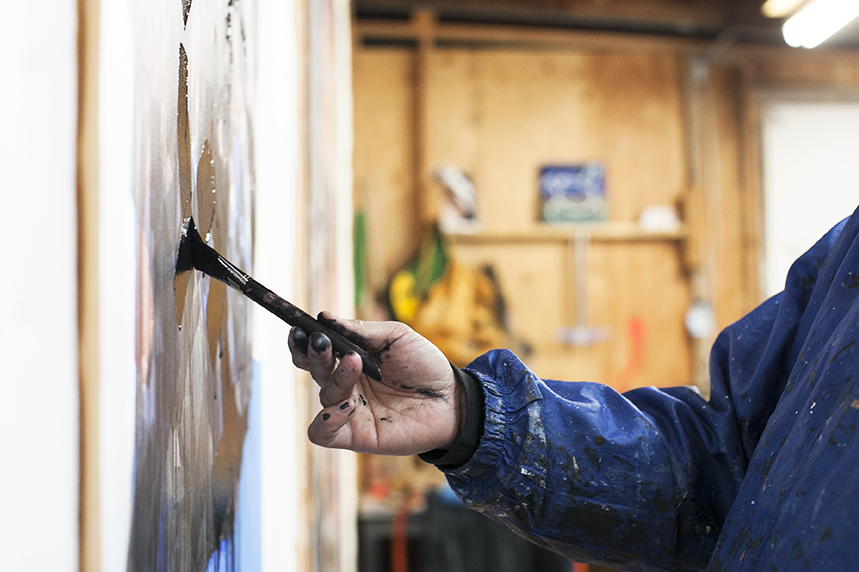 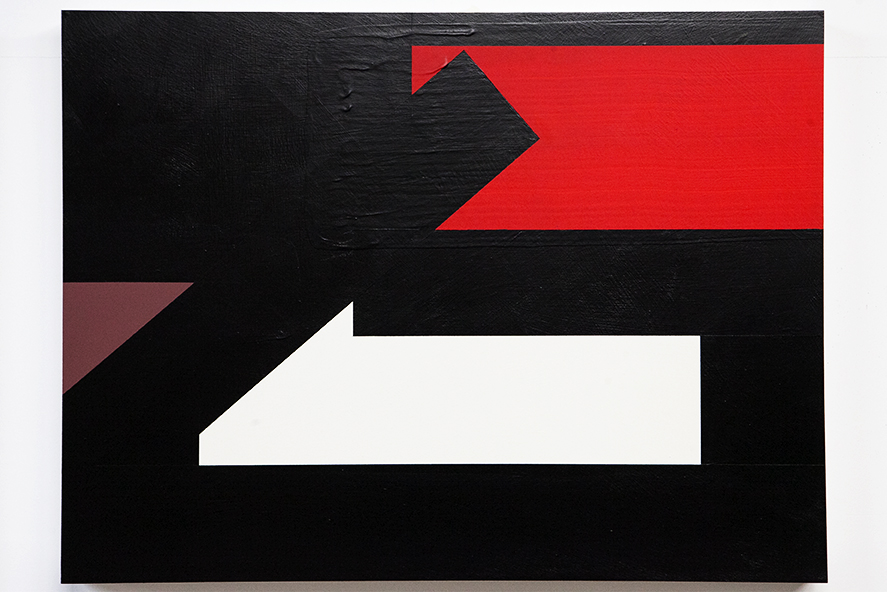 How has being a full-time artist with all of the changes in the city the past couple years? The rents are higher than ever and communities are shifting, even splitting, some say.
Things are definitely changing, galleries are coming and going, everyone is trying to scramble and figure things out, meaning the directions they want to take their art or their scene. I think people are starting to move towards being designers more-so than artists. Some are not even taking art shows seriously and think that it’s just a way of advertising to get a job for a “tech” event, or a way of getting the murals inside of an office. I guess it’s hard when someone is flashing a check in front of your face. You gotta do what you gotta do in order to survive as an artist. But there are people that are still taking art for art and just doing art for art’s sake. And these are the folks I look up to. That’s what’s happening in San Francisco. Our artists are actually moving to other cities. But San Francisco has always had its high ups and its low downs, but I guess that’s the way it works here. I’m just going to stay here, stick it out, and join the people pushing to keep our city alive artistically. I’m only speaking for the artists in my generation. I guess how you know it’s a city is by the writings on the wall. I truly believe in that. I bought an Upper Playground shirt that says that years ago. 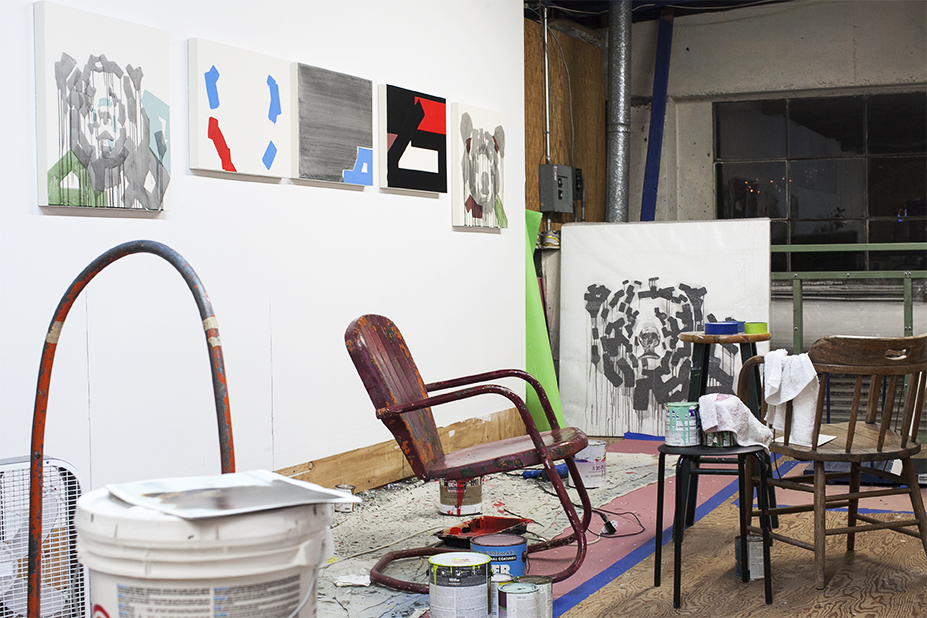 What’s coming up next for Chad Hasegawa?
I really want to start doing a lot more outside murals, create a lot more abstract paintings, and paint more portraits of humans. I’m having a lot of fun with these new paintings I’ve been working on. Basically, diversify my art and just play around with many directions. 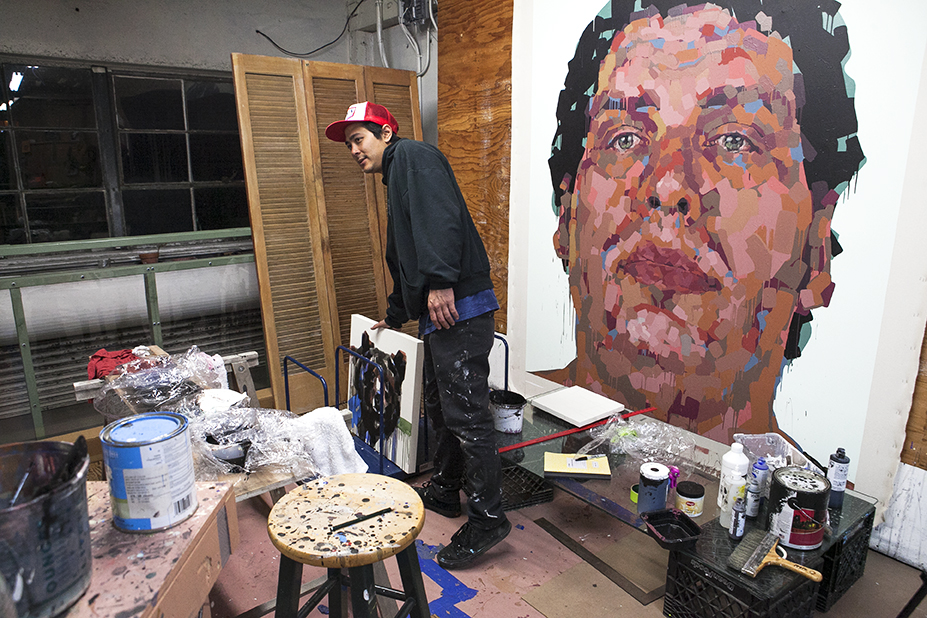 Inside the Philosophical Mind of San Francisco Artist Zio Ziegler

Brock Brake
I first met Zio Ziegler in November as he was preparing for a solo exhibition at LeQuiVive Gallery in Downtown Oakland. As soon as I walked into the studio, sketches covered the L shaped hallway le... Brock Brake
Brock catches up with Bay Area Graffiti Artist Tim the Optimist on his latest project collaging train tickets, Swisher boxes, & various hoarded goods culminating in what someone have called a "... Brock Brake
Brock visits the studio of multi-talented illustrator/comic/street artist Lauren YS for insight behind her prolific artistry, work with Nychos, and the method behind her mad creations.
HIDE COMMENTS