Babylon Spring/Summer 2015 Delivery Two – I’m down with anyone who hates tyranny, namely the police. Babylon goes in on the pigs not once, but twice in their second summer delivery. The ironic graphic T-shirt below is my favorite, but there’s another one with two cops kissing. Babylon keeps it light and simple with their other tees, and draw inspiration from the hardcore scene with a zest and fervor that is uncommon in streetwear. I look forward to what the brand has to offer, and welcome more commentary on those corrupt few we call police.

The creative offshoot of hardcore band Trash Talk, Babylon offers up a second delivery of an already strong spring and summer collection. At the heart of the Babylon are graphic T-shirts that embody the grit and edge common in the hardcore scene. Particularly satisfying is the rhetoric pertaining to police. Cuz, fuck the police. Look for the collection to include more than T-shirts, and to also include short-sleeve button-downs, coaches jackets, and a string of headwear. 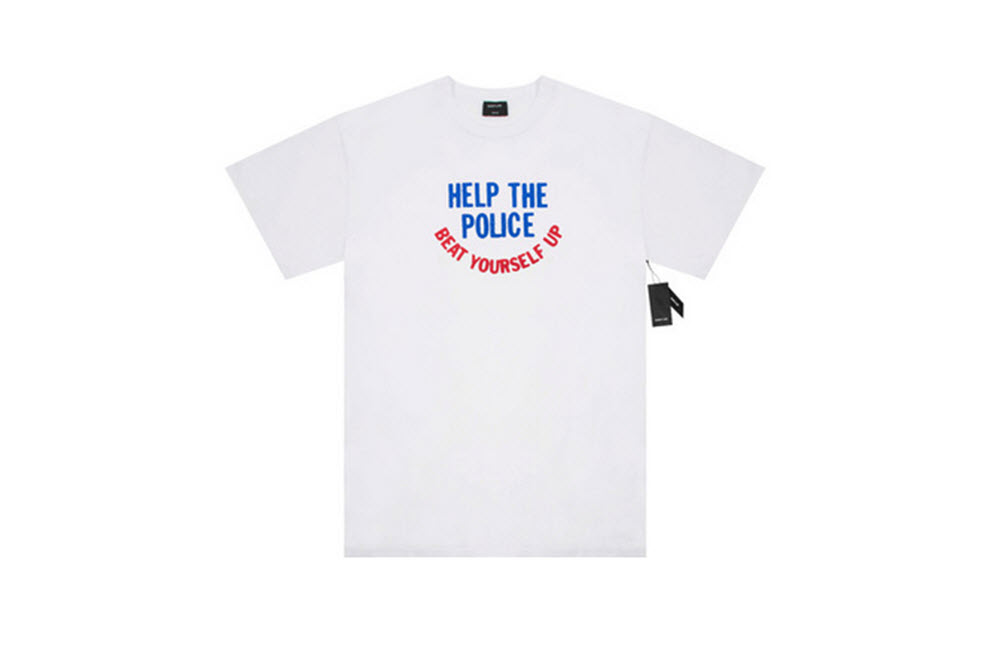 Mercedes-Benz Home Battery – Competition is good. While Tesla has been one of those model companies, the idea that Mercedes-Benz is getting into the battery game benefits everyone. Like the Tesla PowerWall, the Home Battery is a large battery that can power your entire home. It draws power from the local grid when electricity prices are at its lowest (typically when people are sleeping) and stores it until you need it. There’s also the option of attaching a solar-powered panel to draw electricity from the sun. Those with a extra big home can opt for another battery, and Mercedes-Benz allows users to attach up to eight batteries.

Tesla isn’t the only one bringing battery power into your home. Another major car manufacturer also sees the value in battery power. Mercedes-Benz enters the battery race with a competitor to the Tesla Powerwall. The Home Battery follows a similar concept with each module capable of a 2.5 kWh capacity and the ability to attach up to eight of them together. The battery can be tapped directly into your current electricity grid and draw power when rates are at it’s lowest, or you can rig up your one solar power. 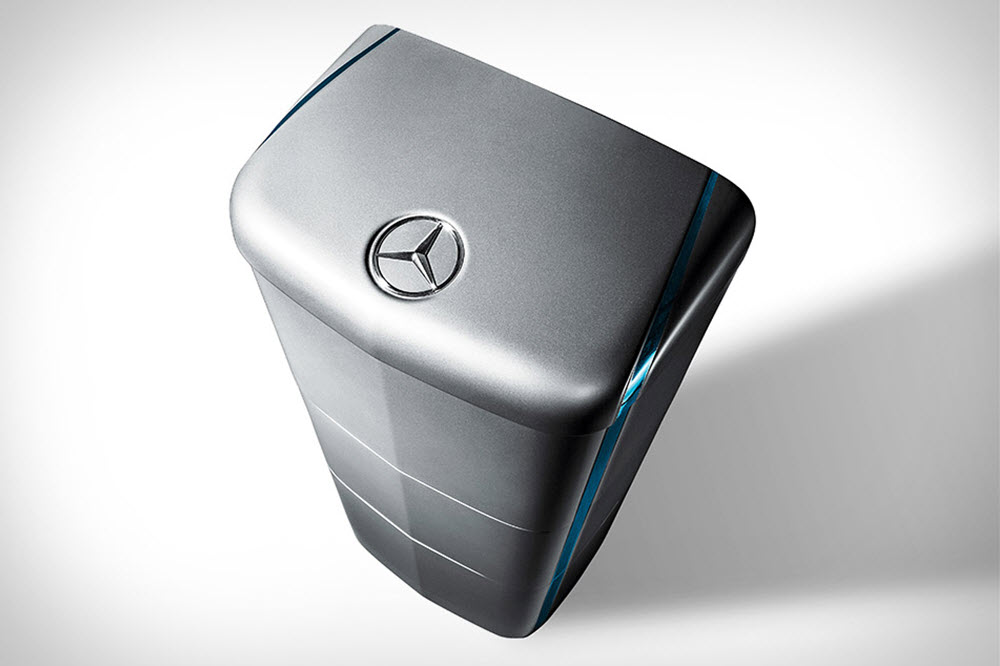 Nike Hyperdunk 2015 – I’ve been hooping for over 25 years and since its inception, the Hyperdunk has always been a solid sneaker. What I enjoy most is the world of colorways and how Nike has no problem lavishing the latest innovations on a “Team” shoe. While Lebron and Kobe may get Nike’s best and brightest, the Hyperdunk is no slouch either. It’s a solid sneaker outfitted with a one-piece foot-contouring construction. Hyperfuse and a foam collar ensures the fit, while cushioning is provided by an oversized Phylon heel. Throw in a little Zoom Air in the midsole and you got a basketball that is ready for battle.

The Hyperdunk is one of the more consistent sneakers in Nike’s full-court line-up. The team basketball sneaker has a long history of being solid, and for 2015 the Hyperdunk returns with a cleaner aesthetic and packed with a world of technology. For starters the uppers use a one-piece consturction that fuses Hyperfuse with a flexible foam collar and an internal bootie. The cushioning is provided by an oversized Phylon heel that is meant to help with stability with Zoom Air across the midsole. All this innovation means an elite performance sneaker that will be available in a gamut of colorways. 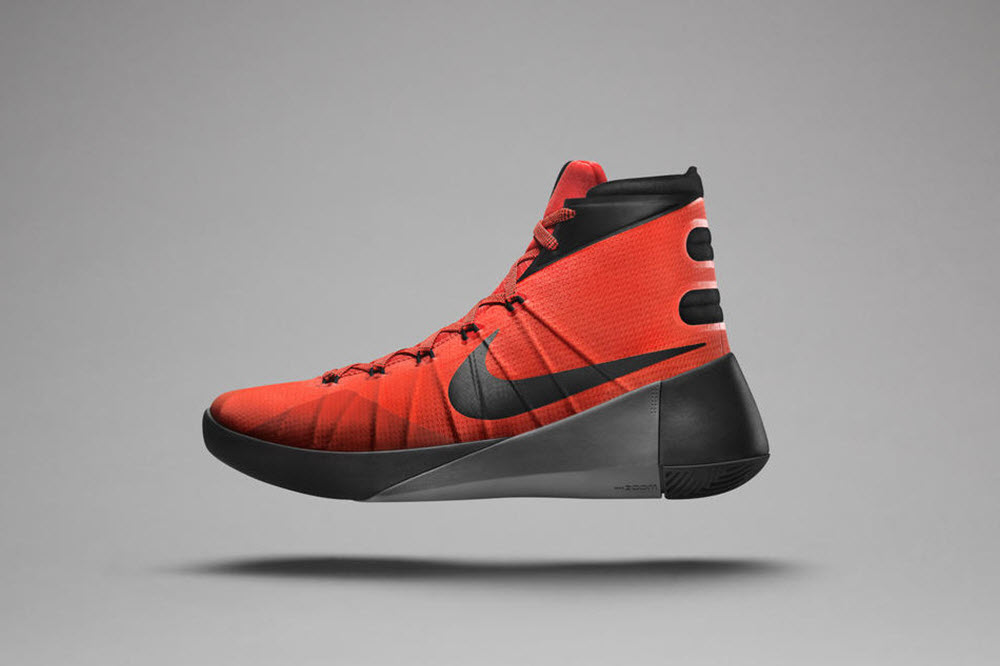 As a voracious reader, I never got behind e-readers. I like feeling the paper across my fingers, but the all-new Kindle Paperwhite is making a convincing argument to switch. The PaperWhite is Amazon’s flagship reading tablet and for 2015, it gets a nice little update. For starters, the resolution has been doubled to 300 ppi for a sharper display. The Kindle PaperWhite also arrives with a built in light, a battery that lasts over 6 weeks per charge, and, unlike most tablets, it is resistant to the glare from the sun. Look for the all new PaperWhite to debut June 30 with four different models to choose from. 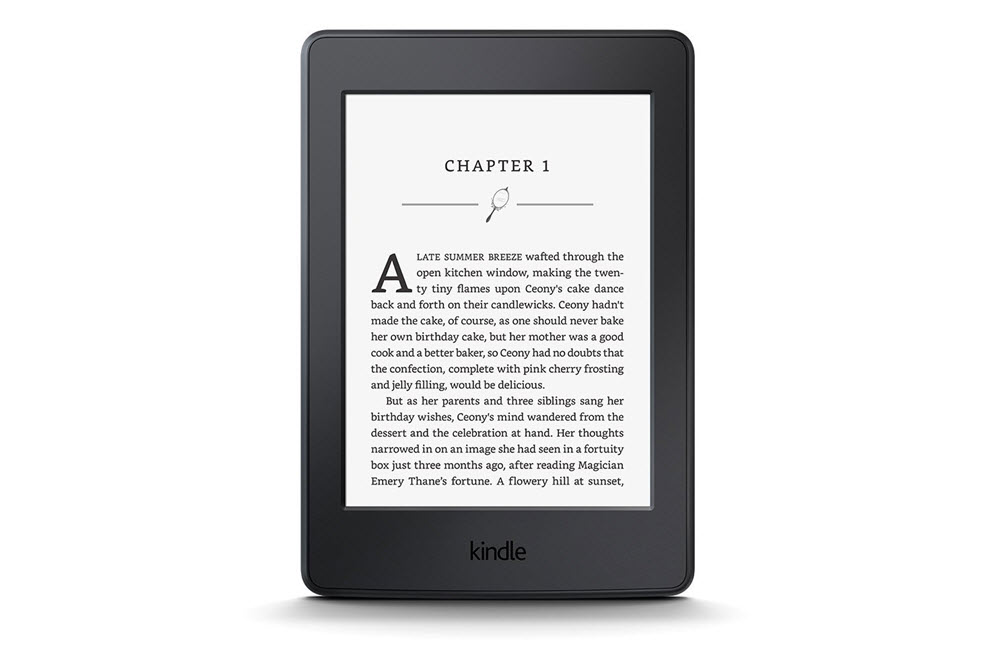 Takashi Murakami x Vans Vault – It’s been a while since Murakami has been accessible to the masses. Sure, he had his run of toys and the collaboration with Supreme was nice, but that was ages ago in the world of skate. Thankfully, the talented Japanese artist returns with a Vault collection alongside Vans. The collection features a series of the classic Slip-On dipped in colorful Murakami graphics. But, it’s not the shoes that deserve attention. Vans Vault also plans to deliver graphic T-shirts and a trio of skate decks. Hop on to eBay to see how much Murakami x Supreme decks are worth and be ready to spot some long lines.

After much anticipation, here’s a first look at what’s in store for Vans Vault when they collaborate with celebrated artist Takashi Murakami. Using the classic Vans Slip-On silhouette, the canvas uppers are made available in six of Murakami’s colorful pop-art icon prints. Four prints are bright and bold, with two white colored canvas Slip-Ons sporting a simpler gray of gold metallic outline. The series is set to hit store in about two weeks with a worldwide release set for Saturday, June 27. 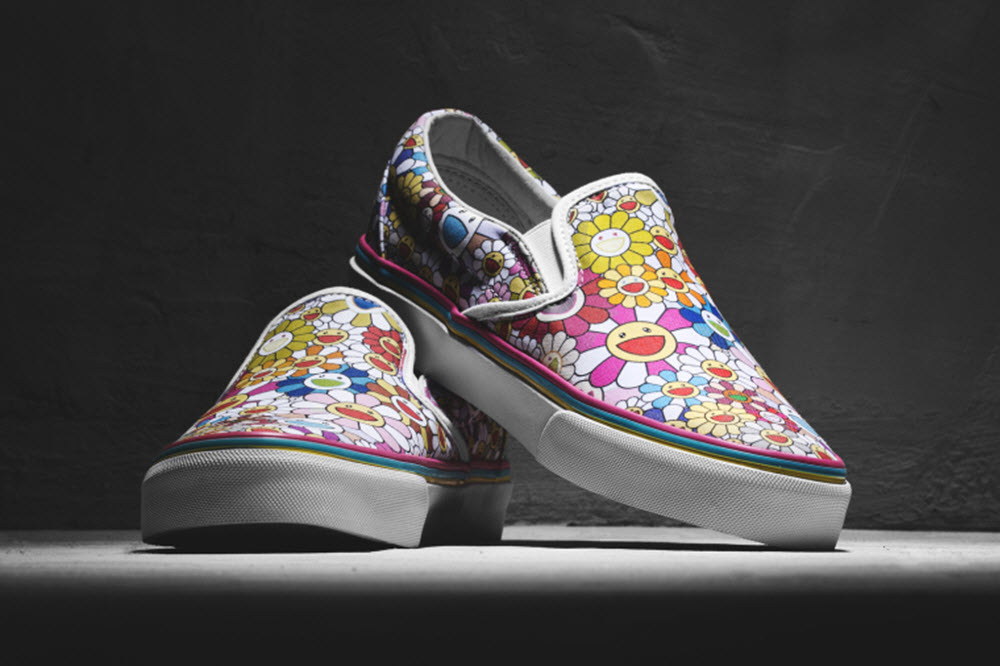 Prins x Patta Collection – The best pieces of streetwear tell a story, and that’s exactly what Patta did with their latest lookbook. Teaming up with VICE’s feature film, Prins, has allowed the Dutch brand to create a collection that draws inspiration from the Muslim community in Amsterdam. With the film’s focus on Halal – food prepared in accordance with Shariʻah law – the collection dips into a world unknown to many. The contrast of modern Dutch life against Muslim neighborhood adds another element to the graphic T-shirts, polos, and crew-neck sweats.

What I enjoy the most about Patta is their testament to authenticity for streetwear in Amsterdam. I don’t know what’s poppin’ on that side of the world, but Patta can give me an idea. They’re doing it again as the celebrate the release of Prins, a VICE feature film that looks into Halal culture in Amsterdam. Featuring a graphic T-shirt, polo, crewneck sweater, and waist bag the lookbook is shot with the film’s co-stars in a Dutch/Muslim neighborhood. It’s a gritty look into an interesting aspect of culture, and once again Patta proves clothes can tell stories. 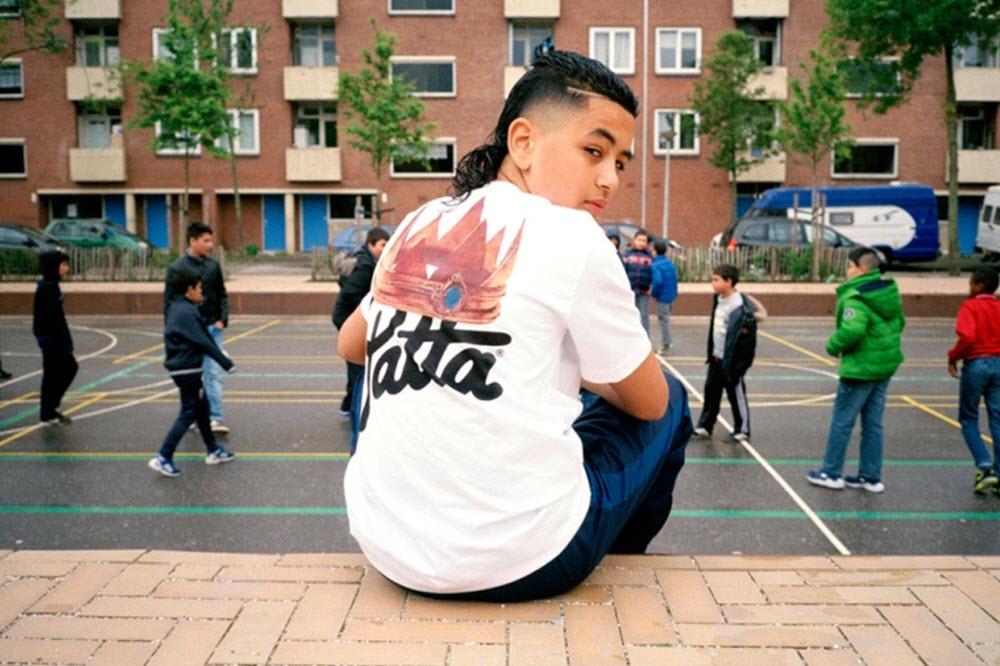 ASRock Beebox – For the casual web surfer, the Beebox is all you need for the next five years. The large hard drives were necessary when internet speeds were sluggish, but now we have steady connections where entire HD movies can be streamed. The Beebox does one better than most other streaming machines by upping the RAM and making the Beebox capable of streaming 4K content. You may not have a 4K television, but this little box has the power to deliver super HD quality pictures and movies. Another big plus is that the Beebox is equipped with USB Type-C for super fast transfers, as well as the occasional charging.

Casual computer users are getting a ton of nice options, and the best part is that they’re CHEAP. For those that want a streaming box that can handle three monitors the right choice seems to be the newly released Beebox from ASRock. Better known for their motherboards the Beebox is an all-in-box that is one of the first to offer HD content in super smooth 4K. While other streaming devices are promising 1080P, the Beebox can promise a picture that is four times smoother. By using dual channel RAM the Beebox can easily provide a smooth 30 frames per second rate. In addition to getting a fully functional PC the Beebox also arrives with the USB Type-C, and a handy remote is ready for those who want a dedicated streaming device. 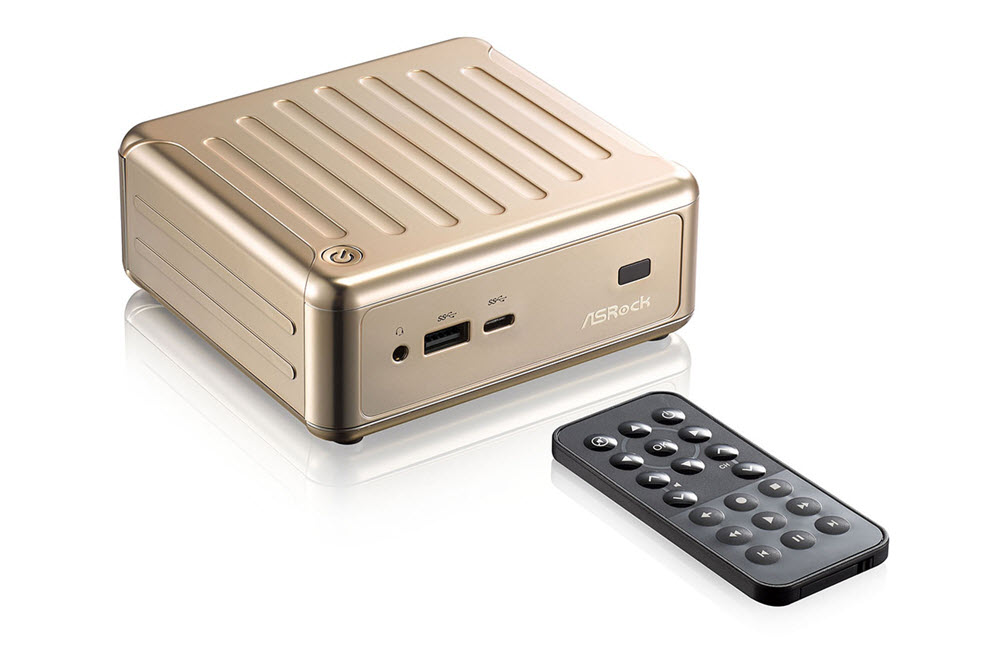 Nike SB Janoski “Cork” – While Nike SB has enjoyed a long life in the world of skate, most of the sneakers are hit or miss now. Long gone are the days of the collectible thirst-worthy dunks, and most of the time the brand is found in outlets and sales rack. There’s no chance of this happening with the latest “Cork” edition of the Nike SB Janoski. It’s a sick silhouette that ups its game with an eye-catching cork upper. The white midsole offers a sharp contrast to the unique cork material, and the leather laces brings everything together.

The appeal of the Janoski is undeniable, and Nike SB nails it by combining it with the popular cork material. As a limited summer 2015 release the low-cut skate signature has uppers that is constructed from a pliable cork material. A rich black Swoosh is embroidered on the quarter panel, and rawhide laces complete the look. The Janoski has always been a sharp look, but the unique use of cork makes this special edition a real stunner. The “Cork” Janoski is available now in Japan, and will hit Nike SB retailers in the US very soon. 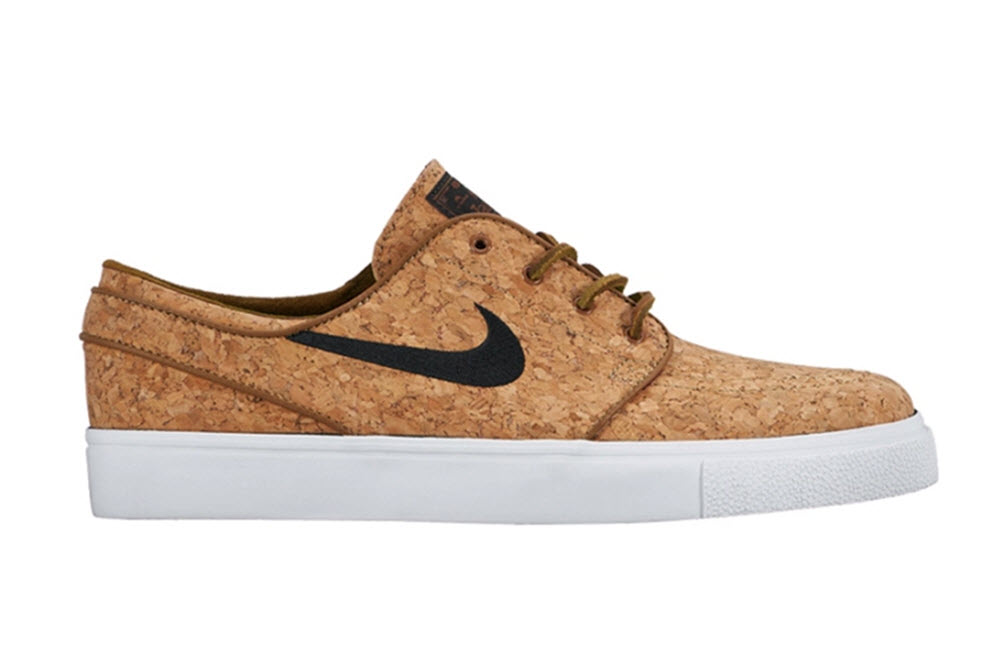