THE BEST ARTICLES I READ IN 2014 AND WHY

What a year! I think literally every year. This year – one that personally involved a huge move spanning thousands of miles, acquiring a tiny cat I’m apparently in charge of for the next 20 years, a string of jobs both good and bad, a string of dudes both good and bad – uh. This year was a doozy, for sure. However, the metric fuckton of awesome art (including some of my new favorite music) arriving in 2014 kept me sane. Below I listed some of my personal favorites from the wordy world that happened this year, as categorized by categories my brain made up – not in any intentionally specific order. 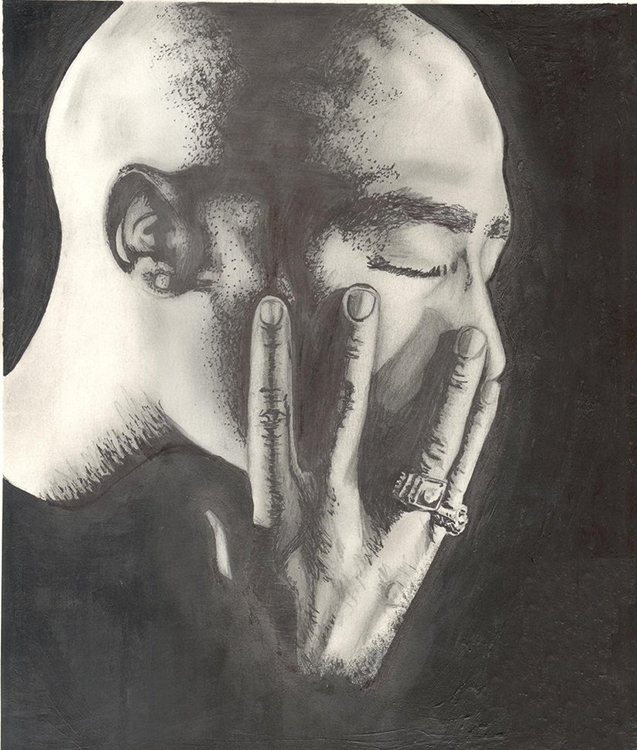 Hip-hop writing vet Jeff Weiss really boils down the reign Tupac continues to hold over the genre with some choice phrases. Among my favorites:

“The closest thing that rap has to a Bob Marley. Maybe they weren’t the most skilled the genre has to offer, but they were the best at capturing the blood-simple basics that connect every human. He never lost the don’t-give-a fuck-sneer and volatility of being a teenager. Slang and sonics become dated, but hate and love never go out of style.”

Shakur means a lot to a lot of people and Weiss’s eloquent analyzation of his teenage poetry helps hook a grasp in exactly why that is.

Wondering Sound: Playing Catching Up: Learning To Love Pavement in 2014, by Lindsay Hood 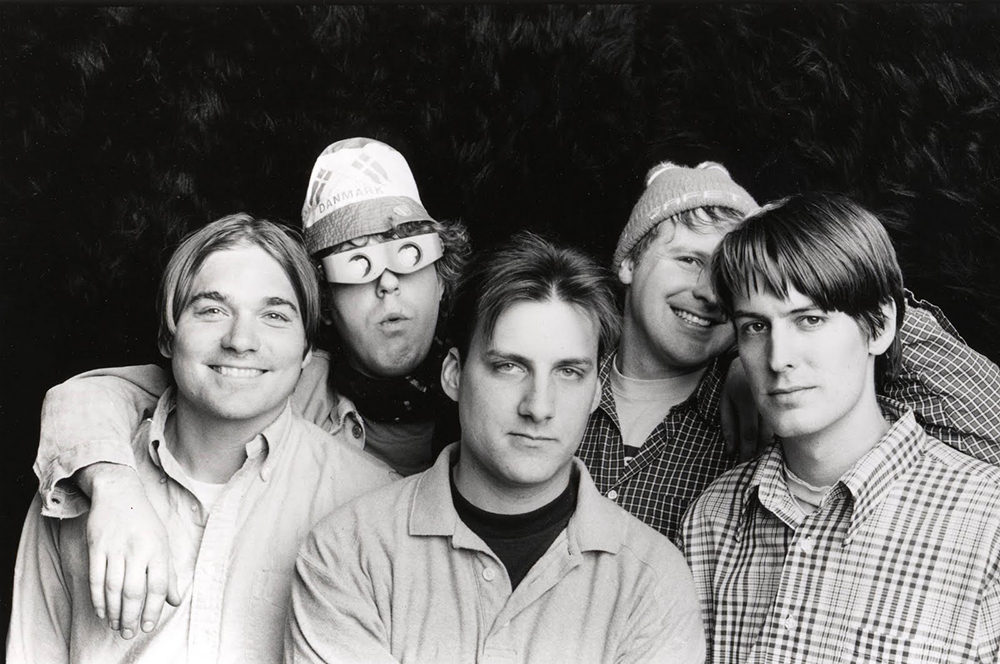 I met Stephen Malkmus briefly in 2011 at Other Music and almost fainted. That’s because I, like many many many of my peers, have worshipped Pavement since I could legally maneuver a car. They were hugely meaningful to me and laid the foundation of my being as A Music Lover. Hood illuminates a corner of a less-explored Pavement appreciation – falling in love with the slackers as an adult, specifically while going through a painful breakup. Her shifting feelings about Malkmus:

“The man who first appeared to me as the slacker poster boy in his oversized flannel? He morphed into someone who held my hand while I was going through a painful experience. He became an artist who kept producing music and exploring his interests regardless of public opinion; a man who followed his instincts when the going got tough.”

Pitchfork: The Notes You Never Hear: The Metaphysical Loneliness of George Harrison, by Jayson Greene 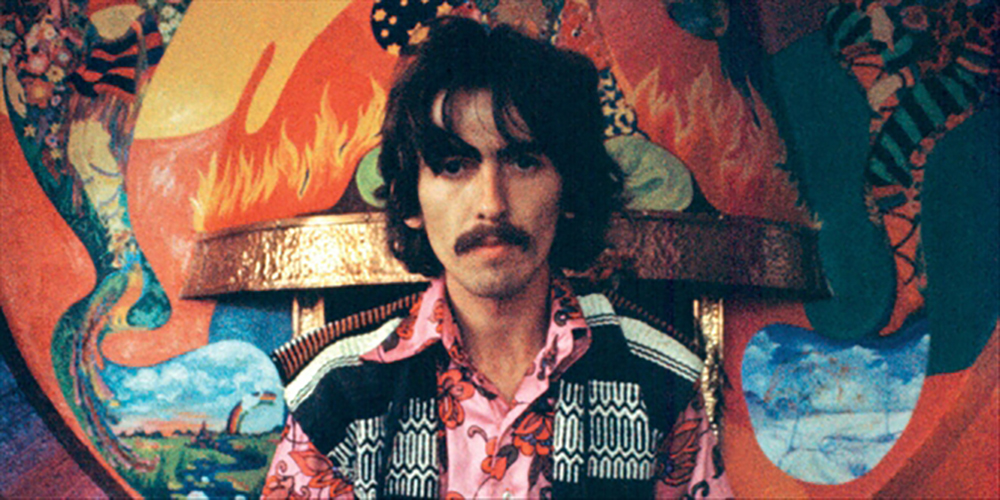 Just kidding. But George is by far my favorite Beatle for all the reasons Greene waxes more eloquent than I ever could in this hunk of journalism. He employees more than just quotes from Harrison’s son Dhani – Greene’s thoughtfulness about Harrison’s songwriter and guitar style is abundantly apparent.

“It is this liquid quality that is hardest to pinpoint. The tone evokes a zither, a clarinet—something more delicate, nuanced, and lyrical than an electric guitar. His style was so careful it was nearly self-annihilating—appropriate for someone so concerned with Eastern concepts of self.”

… so careful it was nearly self-annihilating. Oof. 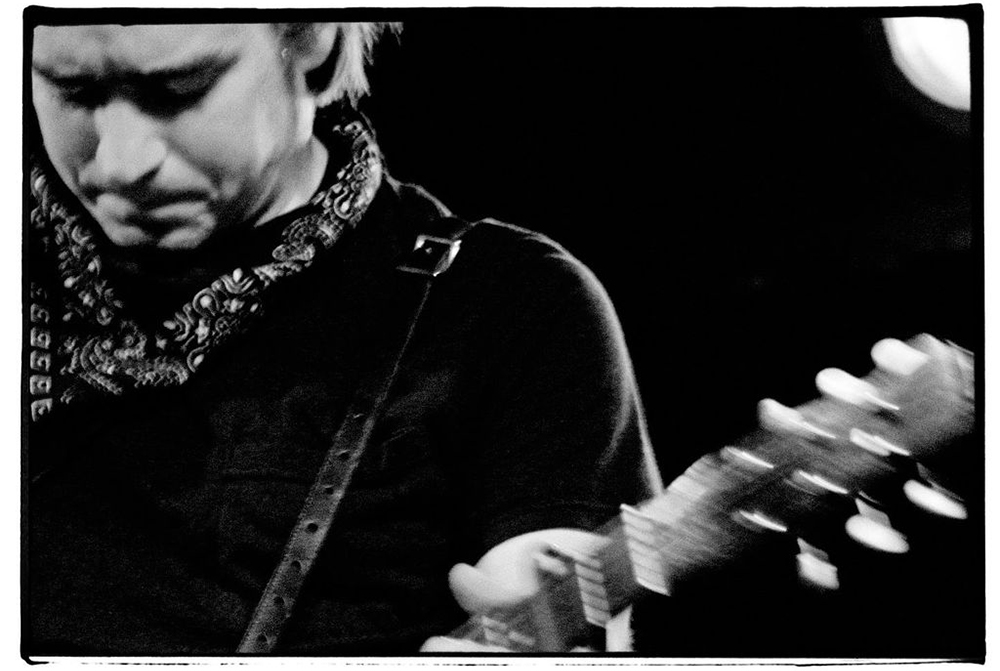 Molina and his whole musical legacy was a blind spot for me for too long. Full disclosure – Blau is one of my best friends. But I can objectively say this exhaustive feature on Molina’s life and death and work not only acquainted me to the tortured artist, it acted like a stake driving Molina right through my heart.

“Molina vomited blood on the way down to Louisiana and eventually arrived at Maison Dupuy, his favorite New Orleans hotel. A worried desk clerk found him puking in the lobby’s bathroom and called 911. Paramedics rushed him to a nearby hospital’s intensive care unit before he could even check into his room. He spent a few days recovering in the hospital before aimlessly wandering around the French Quarter.

‘You assumed he was dead,’ Secretly Canadian cofounder Jonathan Cargill says. ‘I think he went there to die, but it didn’t work.'”

Grantland: The Frontlines of Ferguson, by Rembert Browne 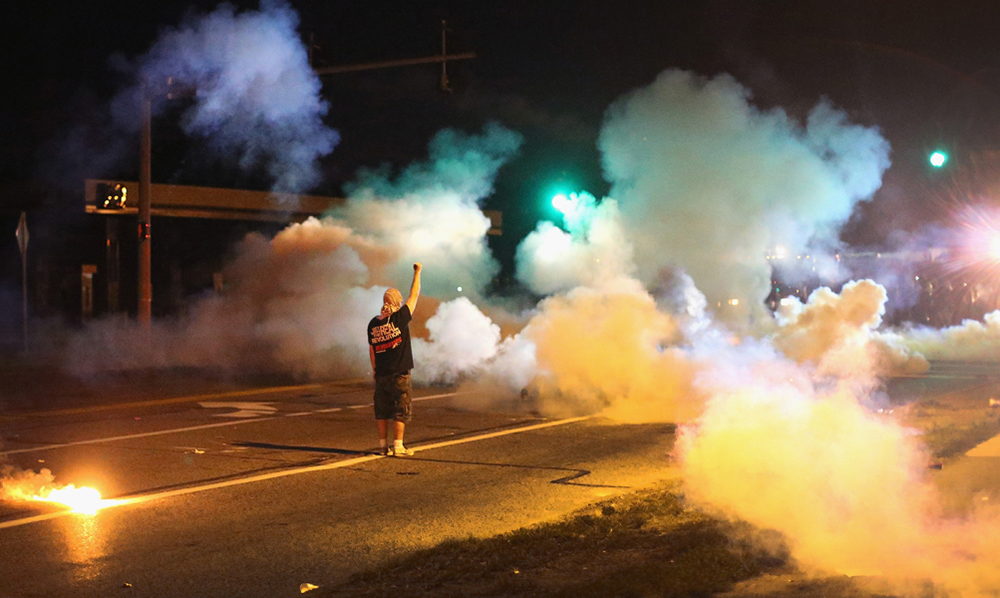 Browne flew to St. Louis as Ferguson raged and everyone was still pretty confused. His firsthand account running through the Missouri streets at night while tear gas plumed in the night gives me absolute chills.

“A man sitting near me was the first person I saw start to run. Then, suddenly, we were all running. I remember looking over my shoulder as my legs churned beneath me. The police were shooting flares and I didn’t want to get hit in the back. But I didn’t stop running, because I didn’t want the smoke to catch up. There was also the sound of weapons firing. And this siren. This terrible, terrible siren.”

The bravery and honesty in his reporting is incredibly inspiring. 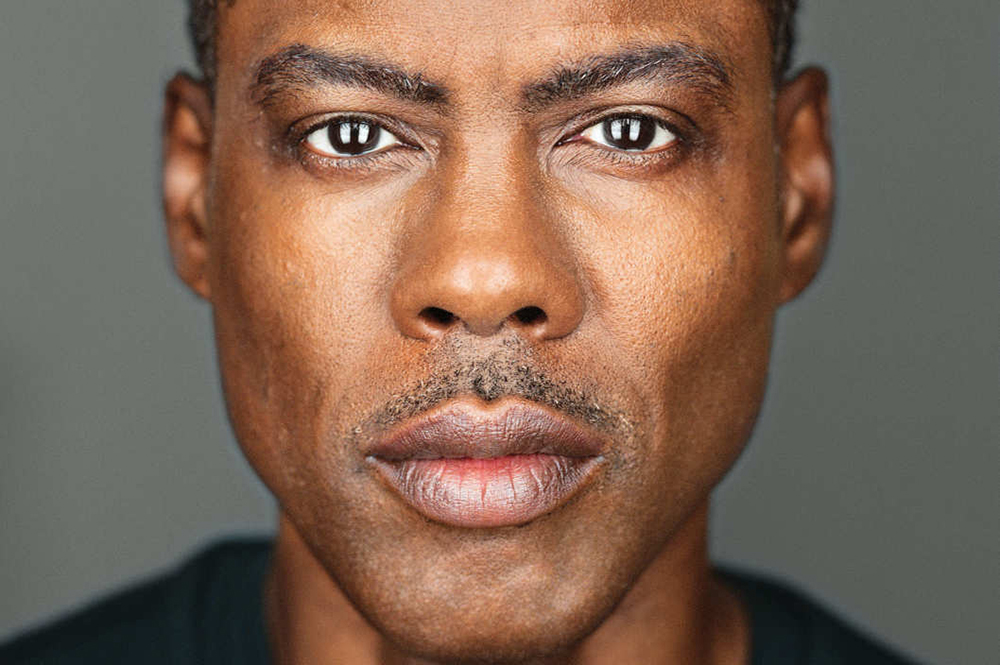 I haven’t thought much about Chris Rock in the past decade save the one time I was convinced I saw him on the AirTran at Hartsfield-Jackson. Then this conversation with Frank Rich published.

Rich: Do you think gay-rights progress has more to do with the shaming of people or the education of people?

Rock: Both. I always call Ellen DeGeneres the gay Rosa Parks. If Rosa Parks had one of the most popular daytime TV shows, I’m sure the civil-rights movement would’ve moved a little bit faster too. 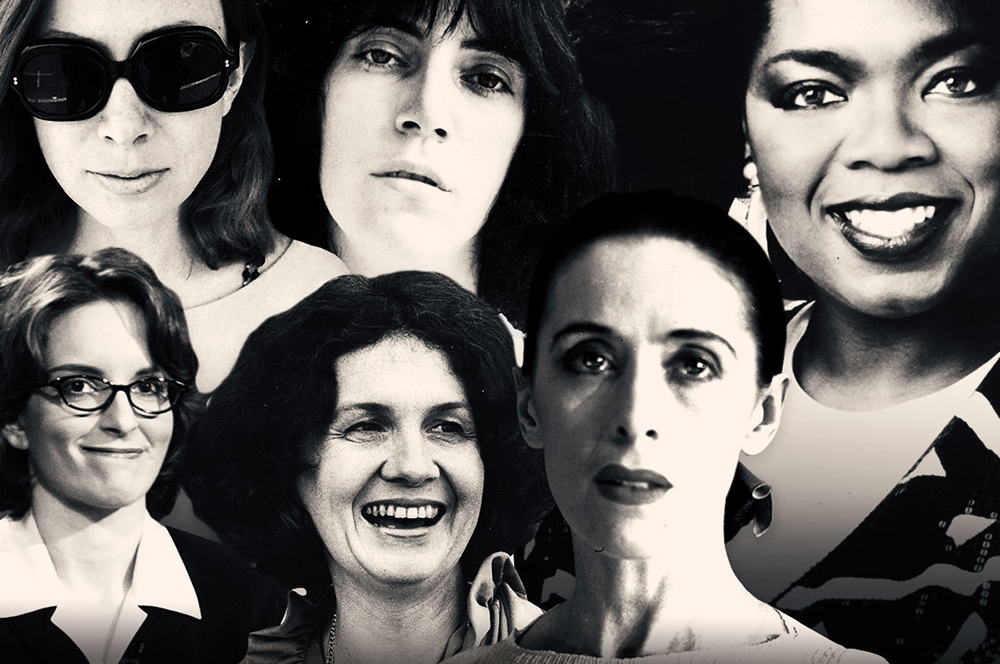 This piece struck a personal chord in my tangled, narcissistic innards. I turned 27 this year, which seemed meaningful mostly because I begin to understand maybe I’m not a secret genius. Friedman echoes this sentiment way better than I could with two years extra insight:

“On the cusp of 30 — in stark contrast with prior milestones like college graduation — you’re set up to finally start living your best life, or at least a realistic approximation of it. You realize you’ll never be a wunderkind, and you’re okay with that. In general, you give way fewer fucks.”

BuzzFeed: Knitting Myself Back Together, by Alanna Okun 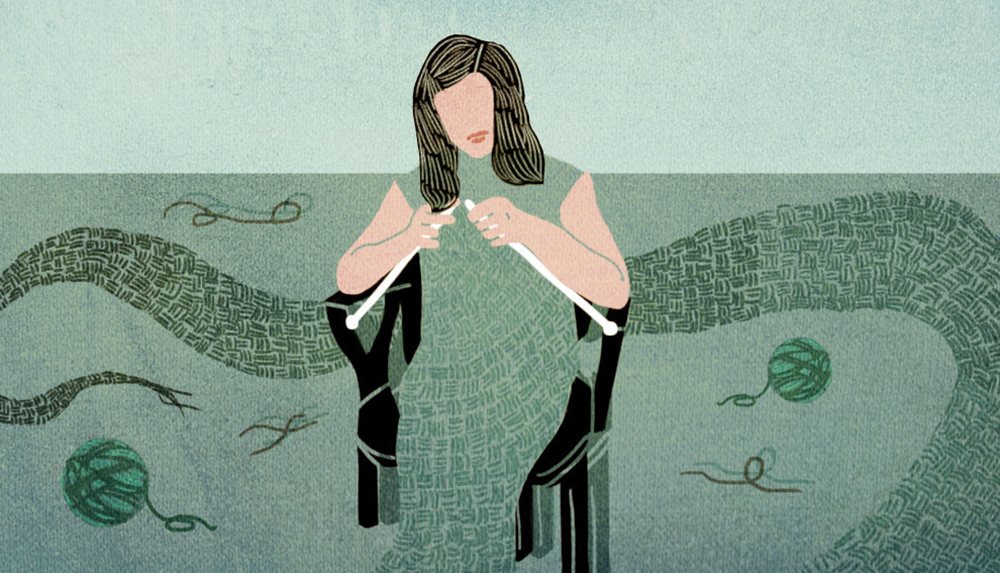 A friend once told me, “We’re all busy and we all have Shit Going On. That’s no excuse.” One helluva truth bomb – it’s less about specific hurdles and more about specific tactics in clearing them. Okun draws a beautiful metaphor between fear of the unknown future and yarn:

“Trace the troubles back to their source so I can better know how to fix them. So often my defensiveness or my irrationality spring from that fear of not knowing what’s next, of not being in control of a given situation; so often a gaping hole in a sleeve just needs a little tug a few stitches back.” 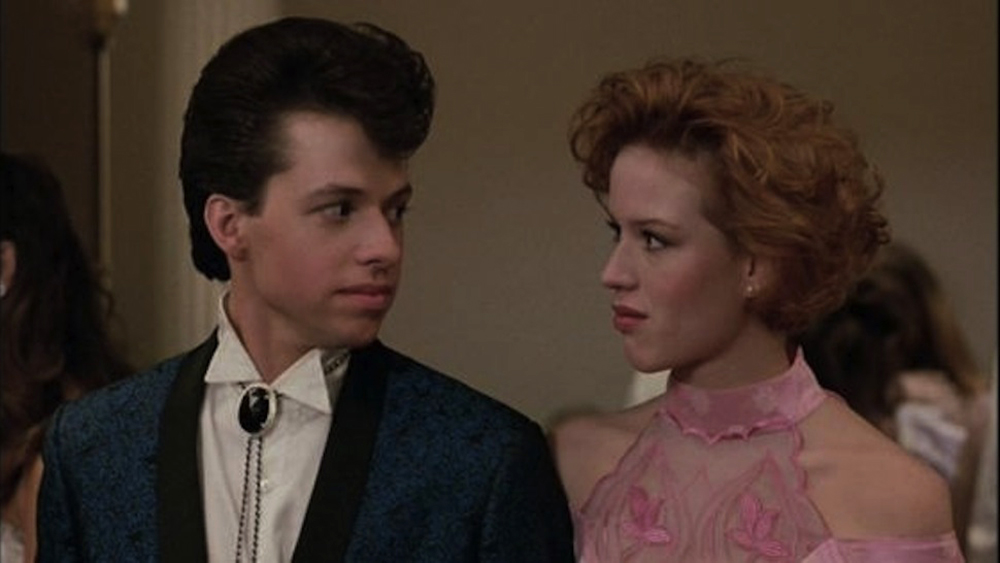 Ryan investigates yet another puzzling facet of human relationships, as spurred by a chain on Reddit. Behold:

“Girlfriendzoning is not when a man is interested in a woman and is disappointed when her interest is not reciprocated; that’s a normal human way to respond to rejection. It’s the word for the pining blame men place on women for their own unrequited feelings, or for how some men completely lose interest in women as people once it’s clear she’s not interested in them sexually. It’s something done by a man who was never interested in anything but a sexual relationship in the first place, and tried to use faux friendship as a way to achieve sexual ends.”

Can’t we all just get along? Surely we can suss something.

Medium: On Kindness, by Cord Jefferson 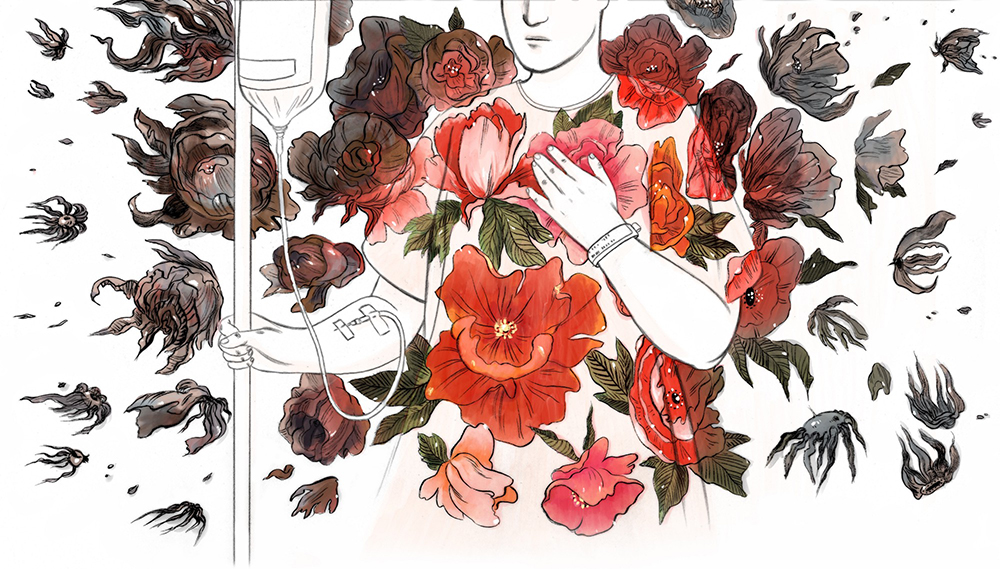 I’ve never even heard of Cord Jefferson before and stumbled on this piece during a slow spot at work. I read it entirely on an iPad with my neck bent and mouth-breathing. One comment described it as “crushingly beautiful,” and, well, yes. Jefferson paints a portrait of his mother as an infinitely wise human and the lessons he learned from her grace. It spreads a much wider wingspan than some trite ode to a parent who has fallen ill. Its overall takeaway resounds.

“When I think of my mother’s life up to this point, what I find most revealing is how much of the abuse hurled at her throughout the years came about solely because she showed care and love to the wrong kinds of people. Time and again, it was her openness to others that found her shut off from her friends, her church, her colleagues, even her own family. We seem to reserve a special rage in this world for those whose ability to be unafraid in pursuit of something new extends beyond our own. We begrudge them their strange friends and strange experiences under the guise that we find those things to be dangerous or unclean. But really we resent those people because their courage reminds us of how common and terrified we feel inside. Bravery is a virtue people revere in dead soldiers and then turn to disparage in someone extending her hand to a weirdo.”

Let’s hear it for the weirdos. And this awesome year in writing.