Behind the (very DIY) scenes of The Smith Street Band's "Surrender"

I was a teenager in the late ’90s/early 2000s, and punk rock music was a massive part of my world, I would study the album artwork of my favorite bands like classic works of art, I could spot a Fat Wreck Chords logo on the back of a XL tee shirt from a block away, so late night on Saturdays, once in a while when the Australian music video show RAGE would play something that fell into my interest zone, I would be ready and waiting to hit that play and record on my VHS. “I’m the One” by The Descendents, “Ruby Soho” by Rancid and especially “Leave It Alone” by NOFX. Clips like these were my Moon landing footage (was that real? I cant’ remember). They were a glimpse at these bands that I felt I would never see live (Rancid still eludes me to this day) and I would study them with a pre-Google, pre-YouTube intensity that I feel is now lost in a world of Instagram teasers, multiple tabs, and autoplay to the point where you have to just quit the whole damn browser to figure out where the pre-roll ads are playing. 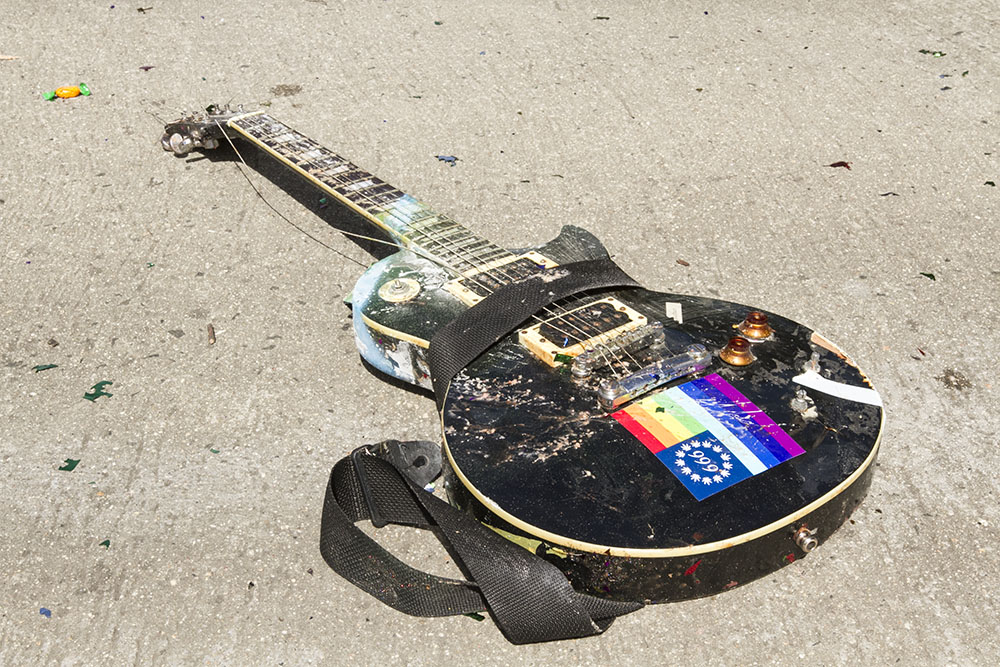 Making these kinds of music videos to me seemed like one of the highest perks of life in a band – you get your friends to come in and goof around – you set stuff on fire! Got slow motion? Fantastic, let’s break some household objects! A massive house party, a pool, a mosh pit, people from other bands I knew making cameos, beer, food. In my mind, I desperately wanted it to be just how the band and all their friends lived all the time, except with there just happening to be a film crew there that time. The image they were selling, I was buying. Time and experience has taught me that all is not as it seems, and life in a full-time band is a lot of fun, but a lot different to the image my 14-year-old self had.

This doesn’t mean you can’t still have a dumb idea for a video, hire a really expensive camera, get a bunch of friends involved, have fun, and make a rad video all by yourselves. DIY is the spirit of all music, so when I was asked to get involved with shooting a new video for The Smith Street Band for the single from their new (3rd) album on independent Melbourne label Poison City Records, I didn’t think twice.

When Chris from the band pitched the idea for the song “Surrender,” I knew I had made the right choice ” Wil (the singer) is going to be walking and singing straight to camera, down a gauntlet, and its just 3:43 minutes of him getting food, glitter, light tubes, and more thrown at him, broken on him, smashed in his face, but he just soldiers on AKA he does not SURRENDER. Great! Here’s how it went down. 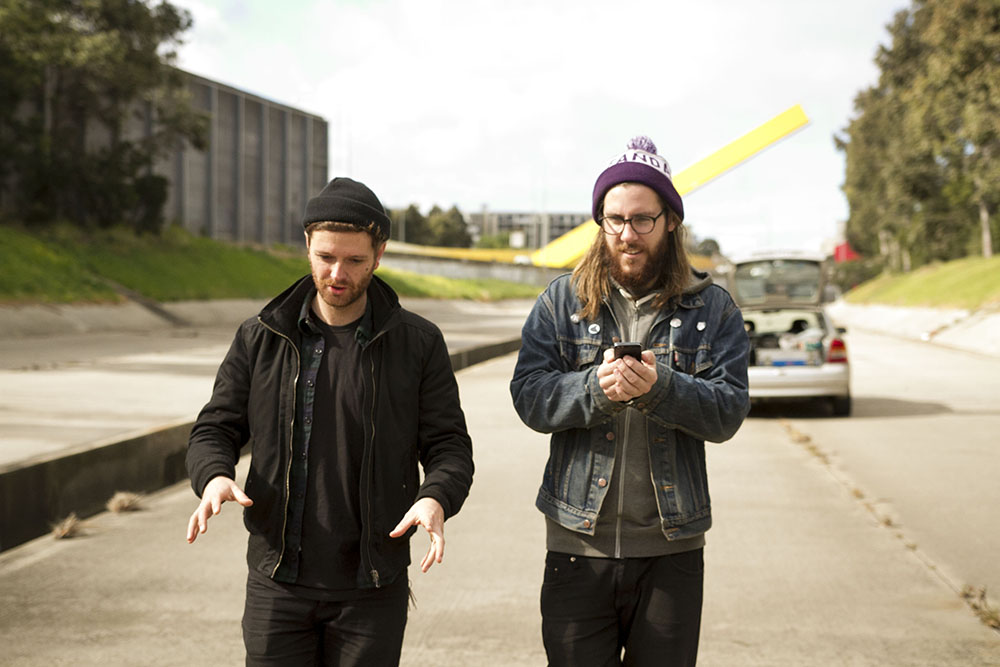 The 3 directors for the video were Andy (who you might recognise as one-half of Hillvale from my last post), Chris who plays drums and takes care of the band’s artwork, and myself. We arrived early in the North Melbourne drains right next to the main freeway into the city. Think of it like a really small and less-sketchy version of the LA river, but they had a cooler car in this version. 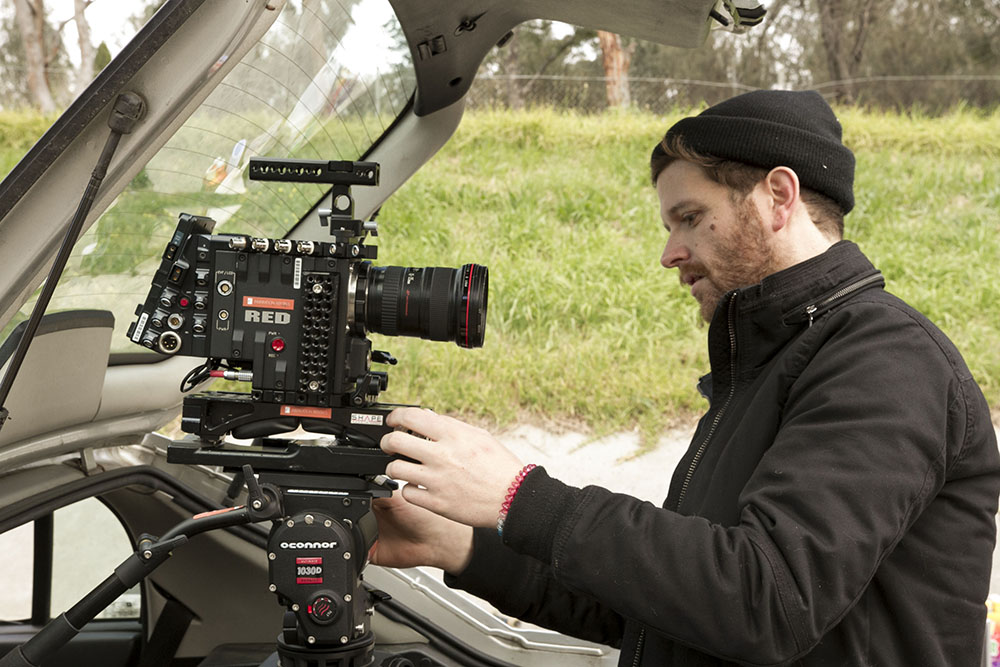 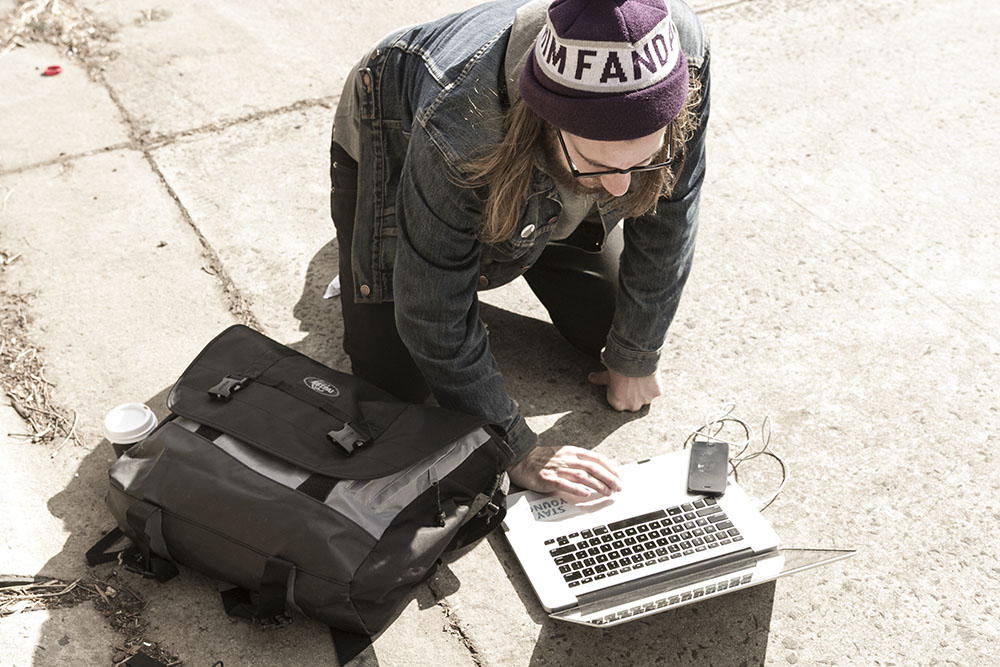 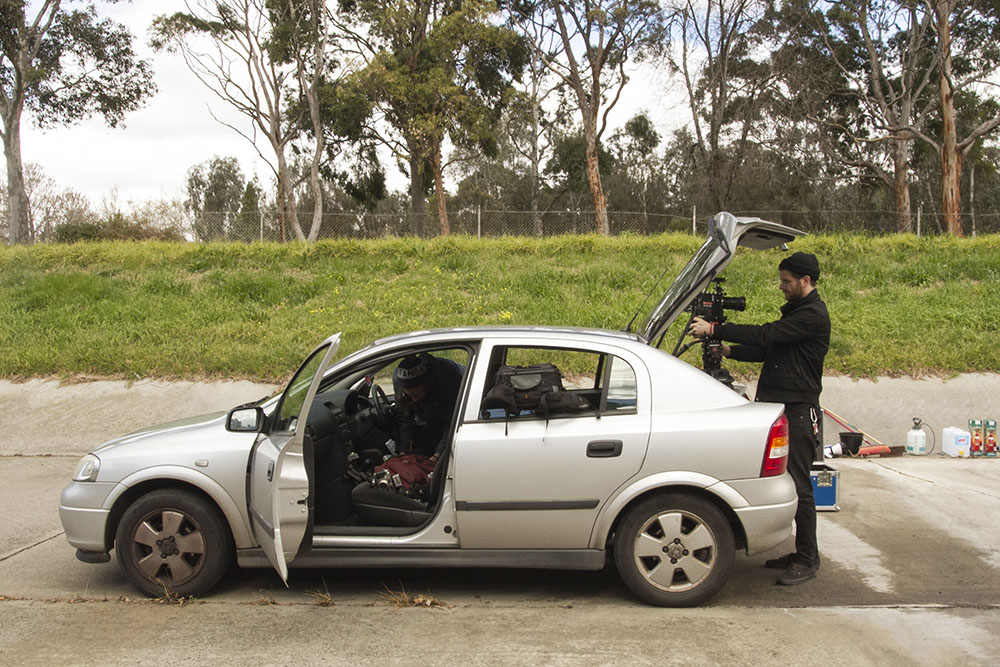 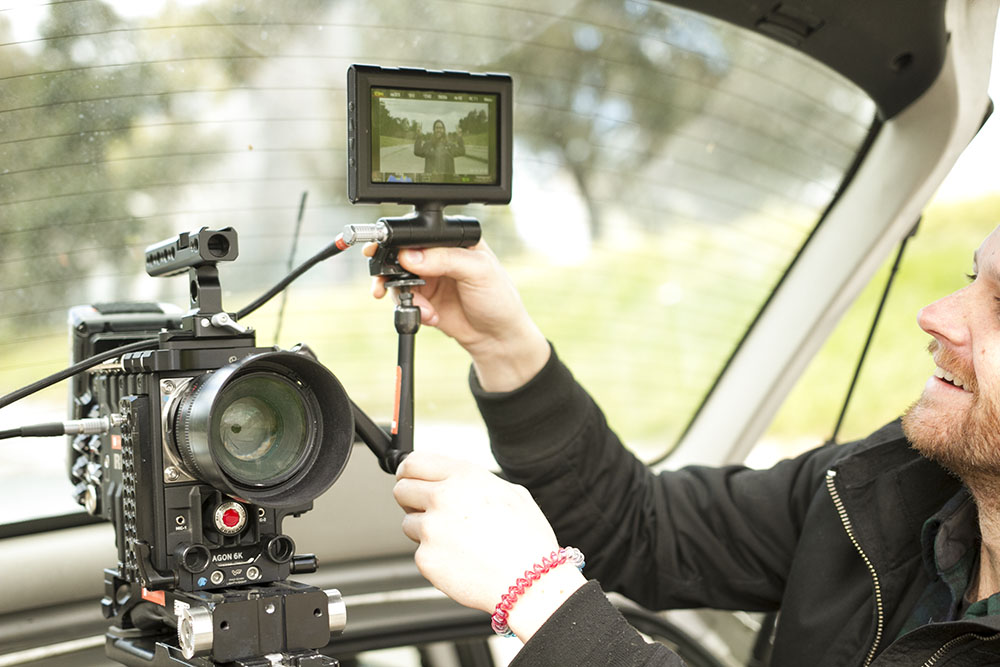 We got the red cam sorted in the back of the car for the long single moving shot and did some tests. Soon our gang of friends began to arrive with their throwable objects of choice, Wil even brought his own mattress for the opening shot. 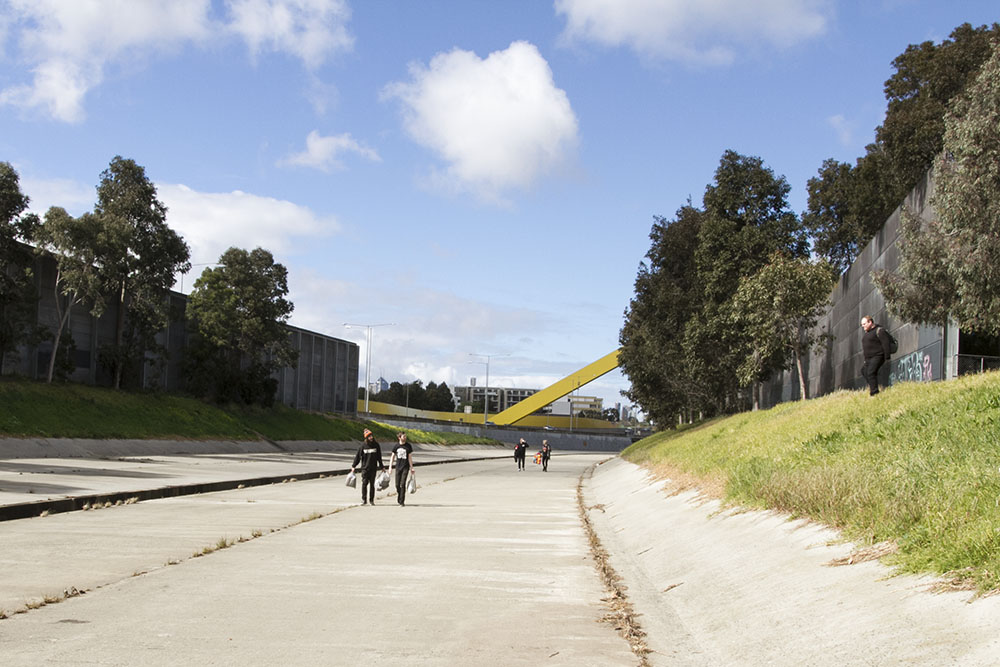 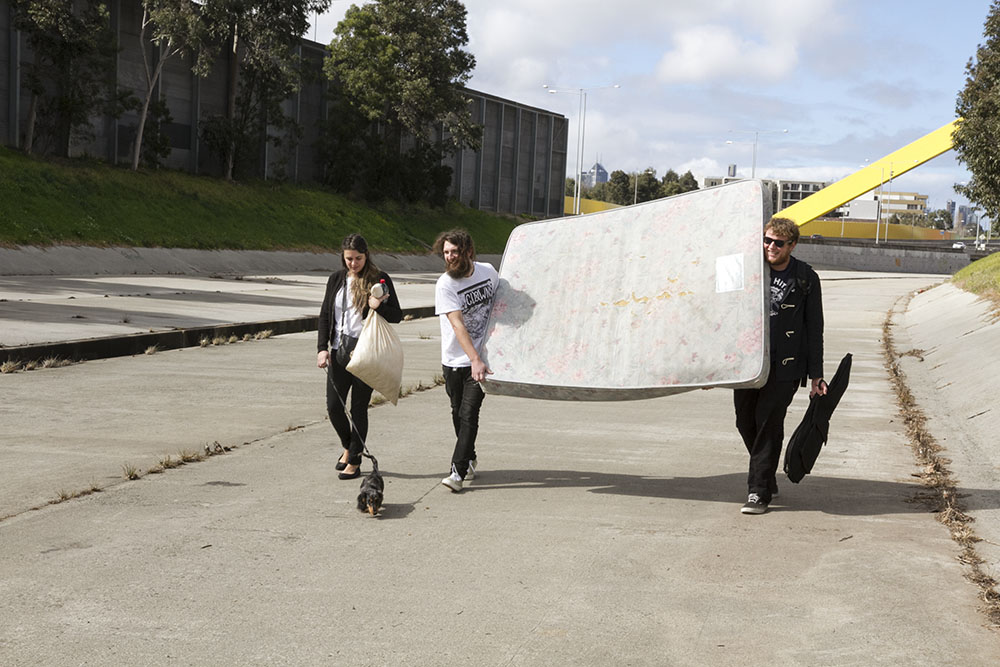 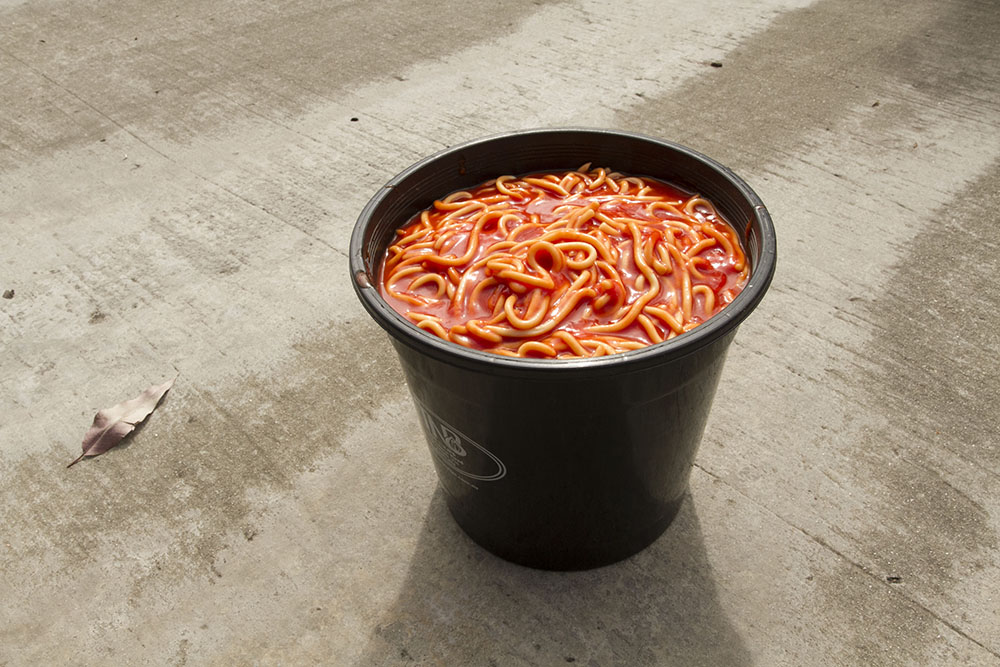 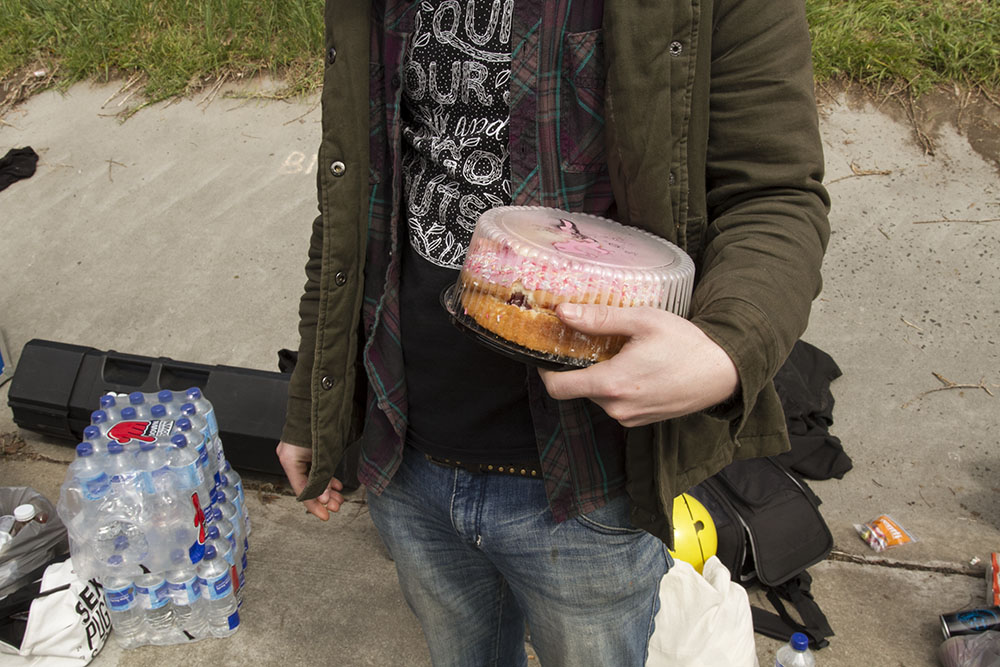 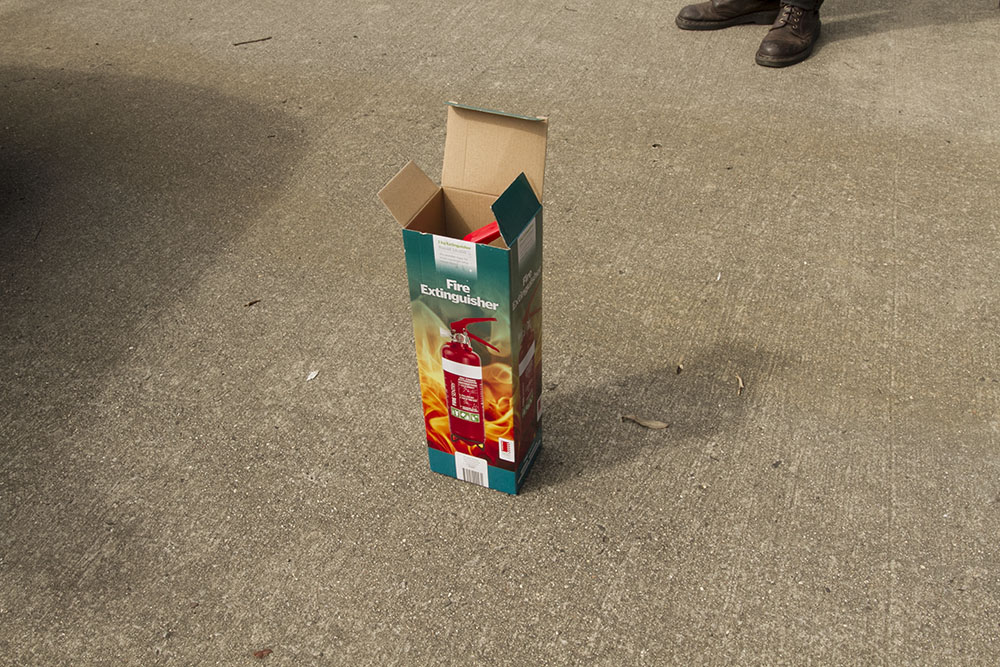 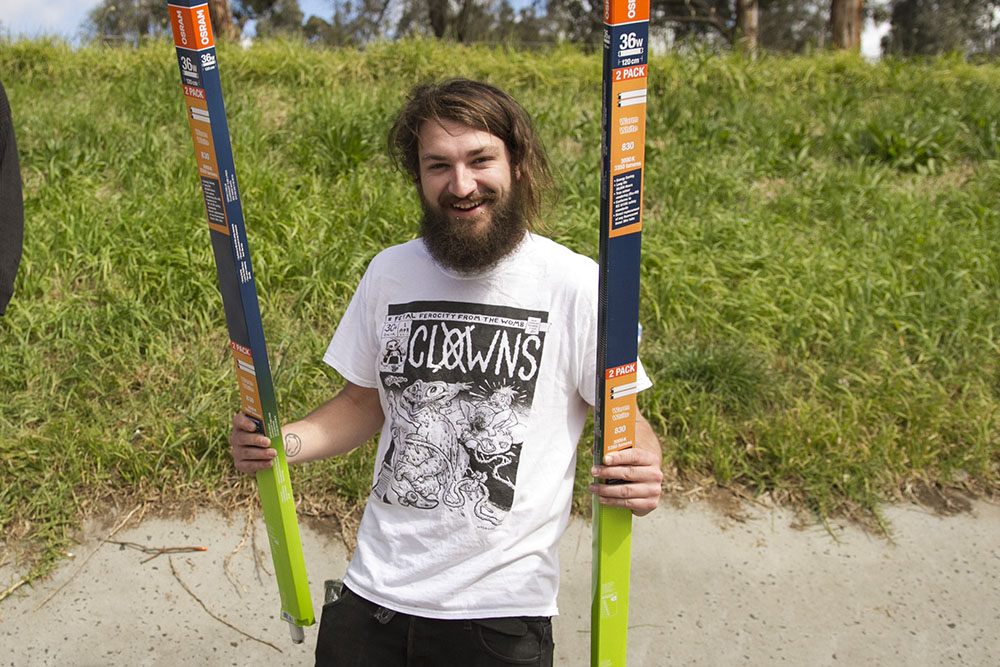 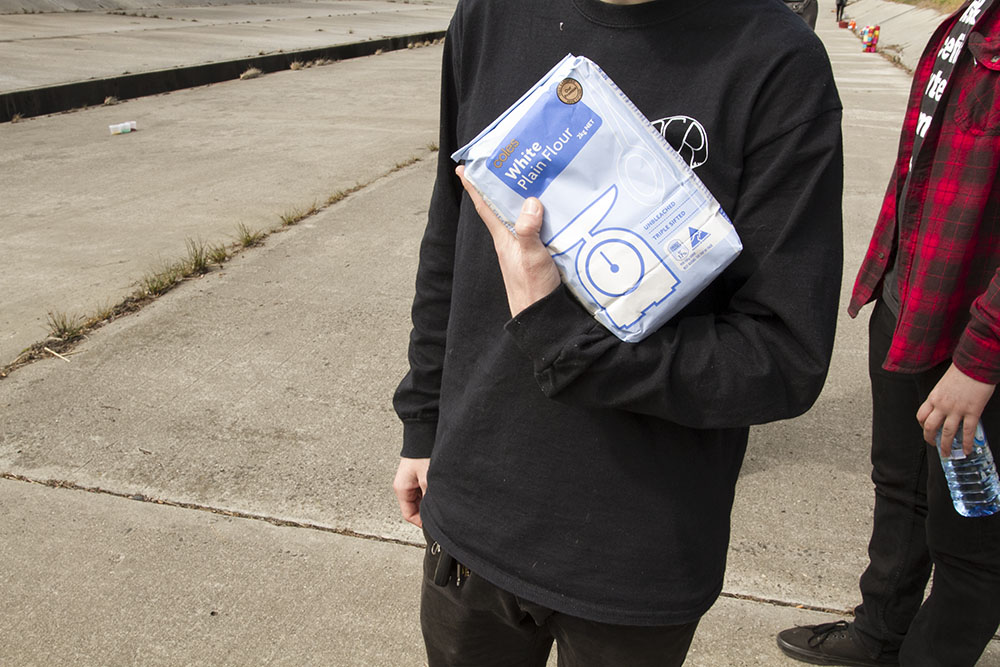 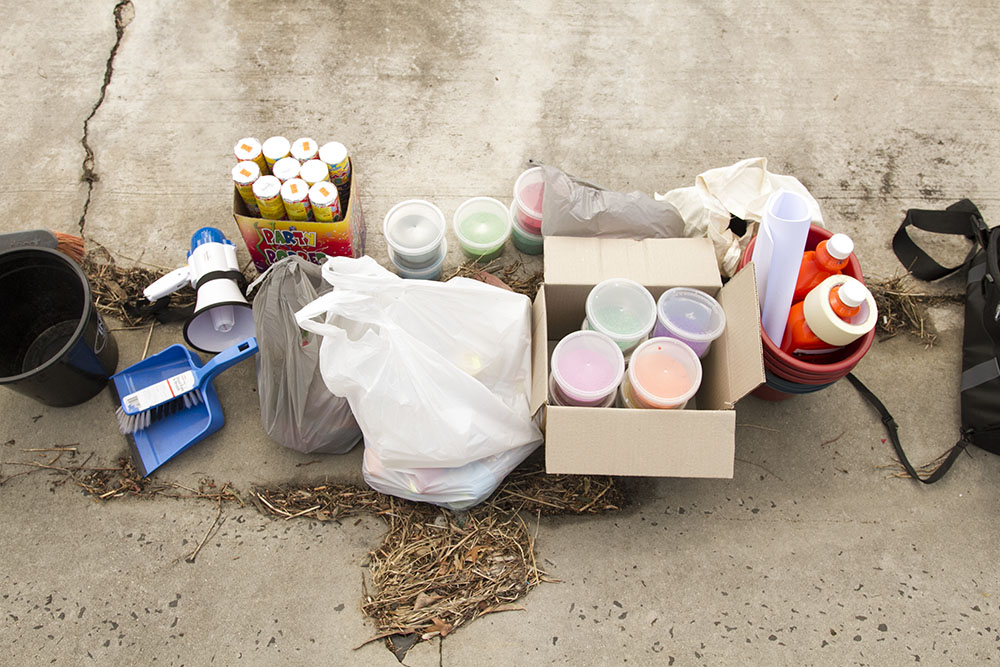 The crew got their rundown from Chris and we did a bunch of dry runs to get the timing right and positions of all the crap to throw at Wil. 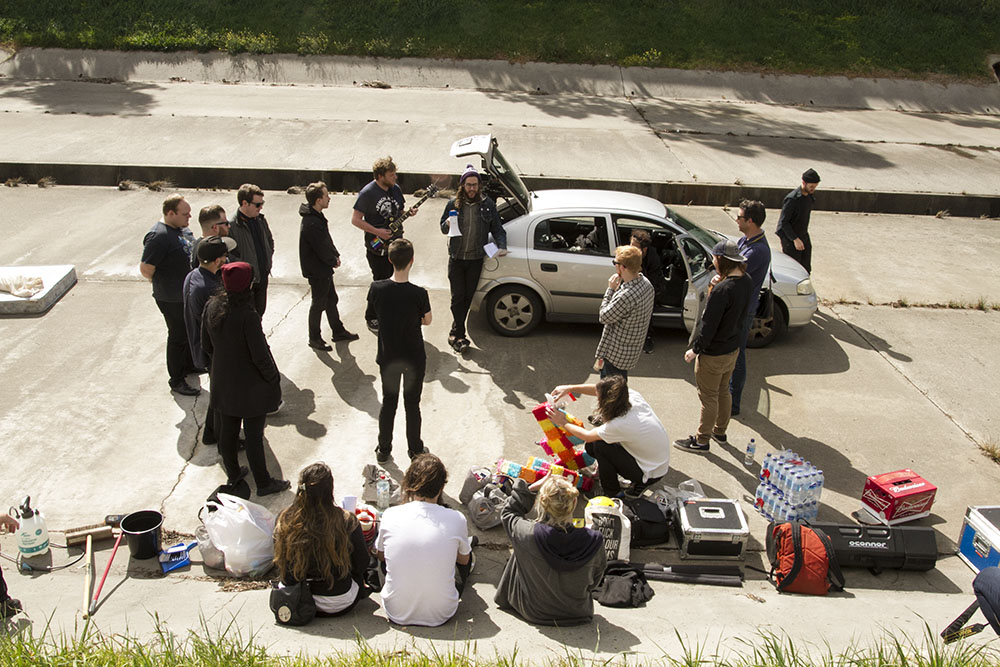 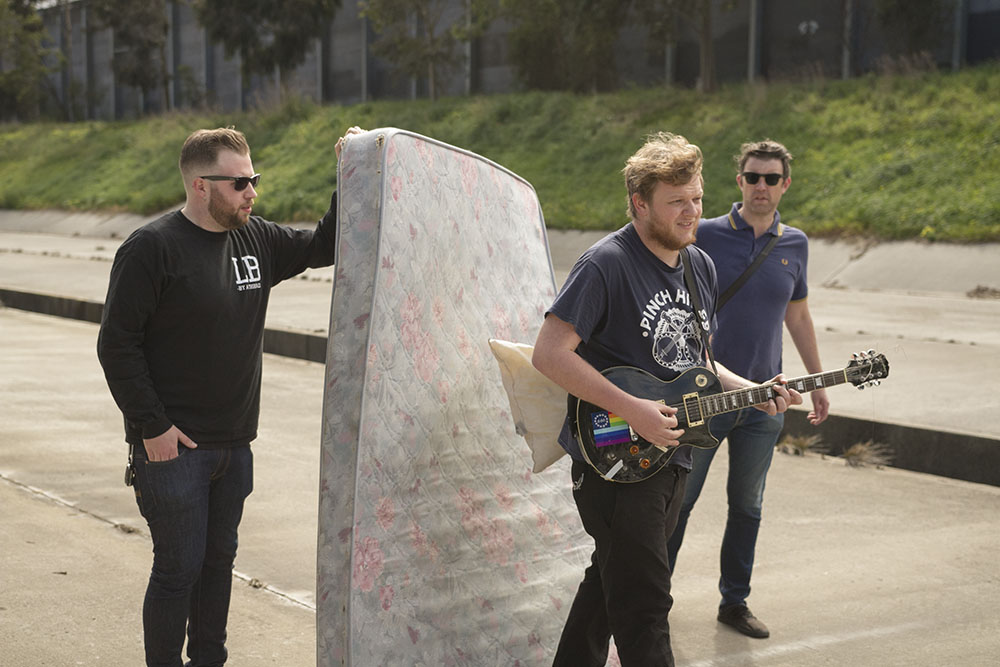 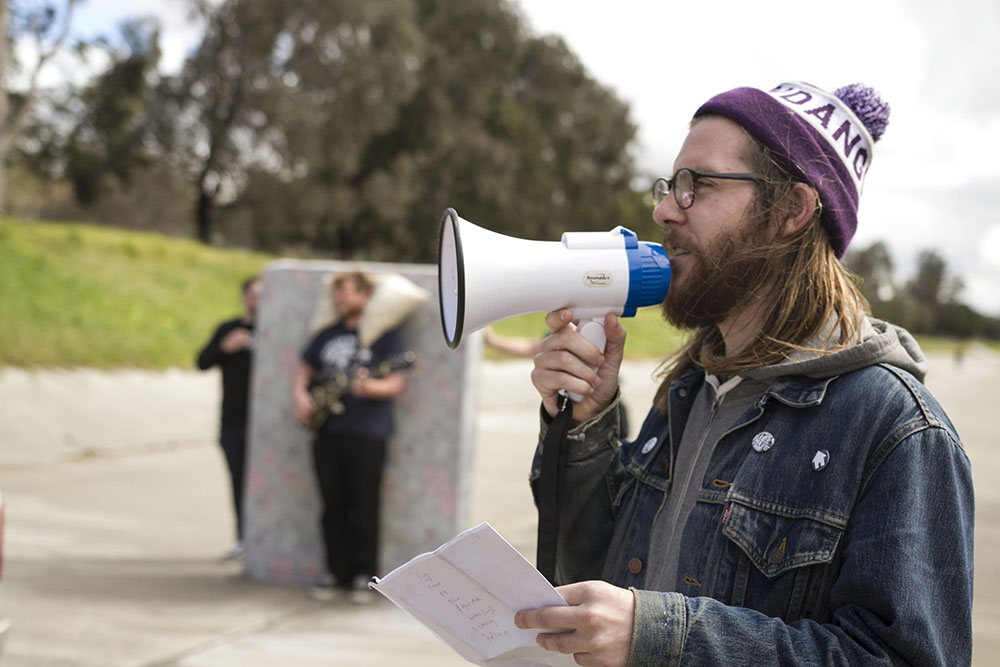 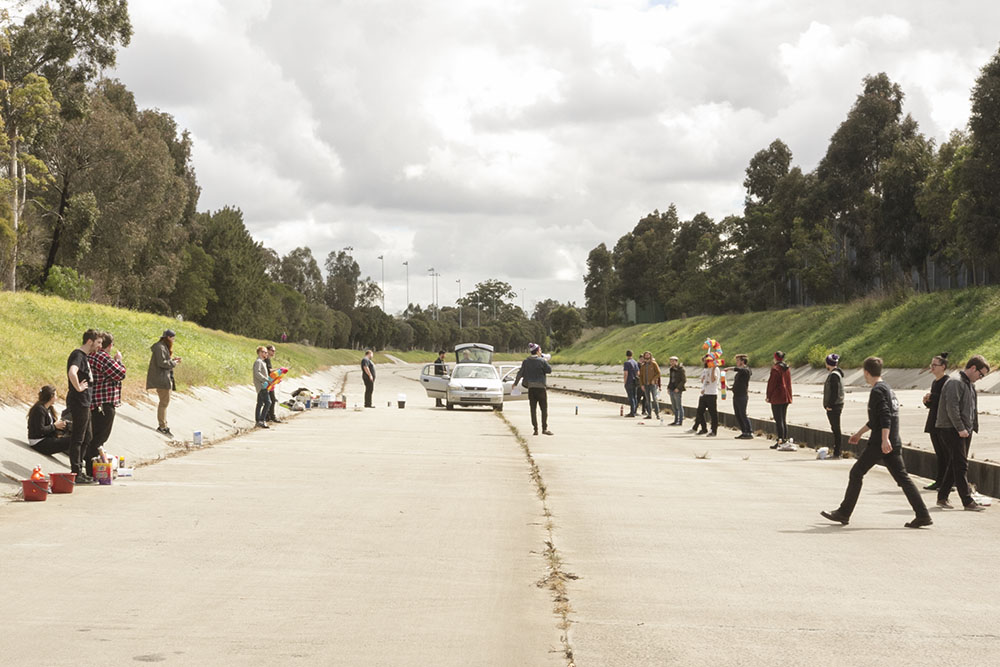 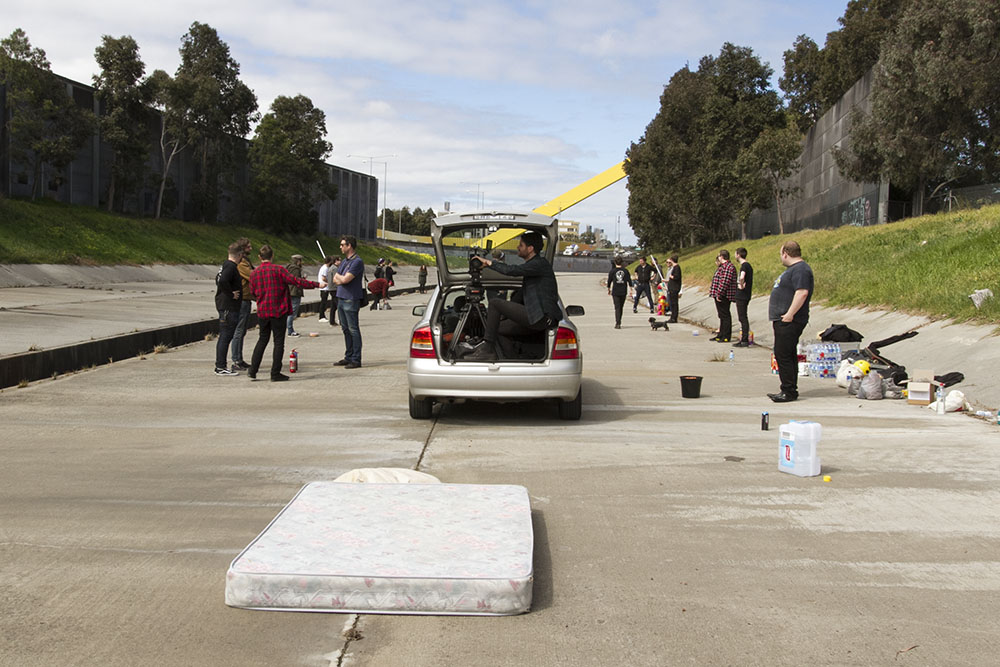 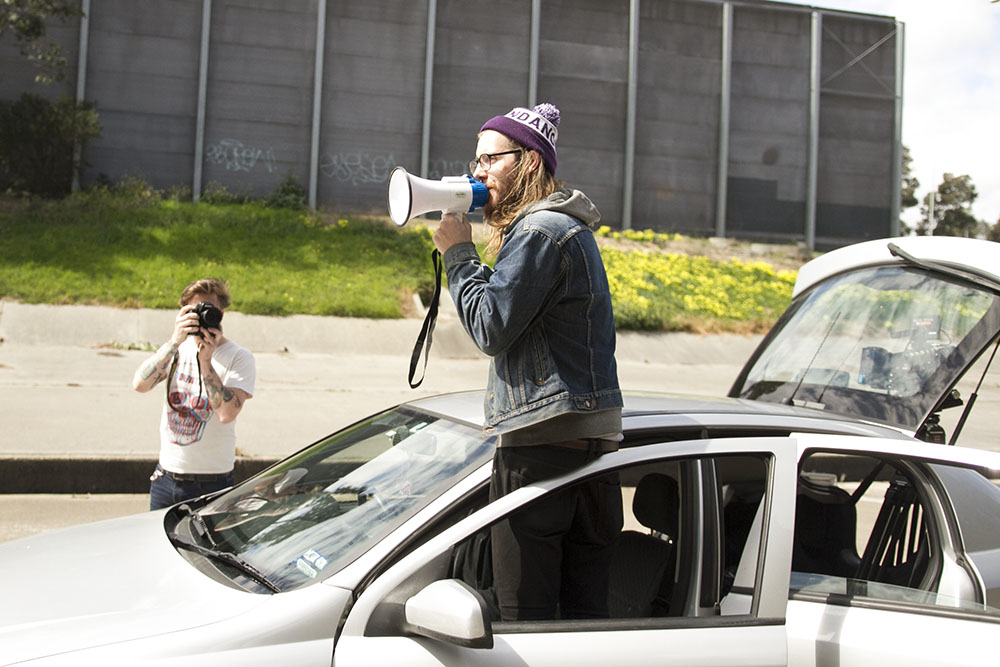 After a bunch of dry runs, we realised it was pretty much gonna all go to shit once we all started throwing stuff, so we just had to trust our gut, believe in all our friends, hope that Wil didn’t get blinded (the whole clip was his idea by the way) and just go for it. Get messy. 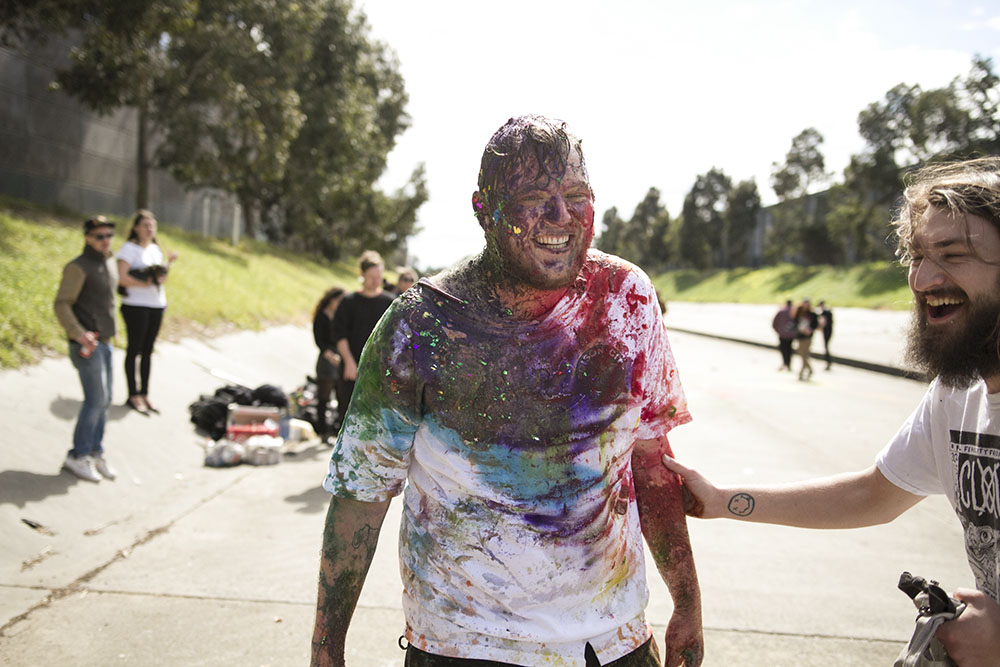 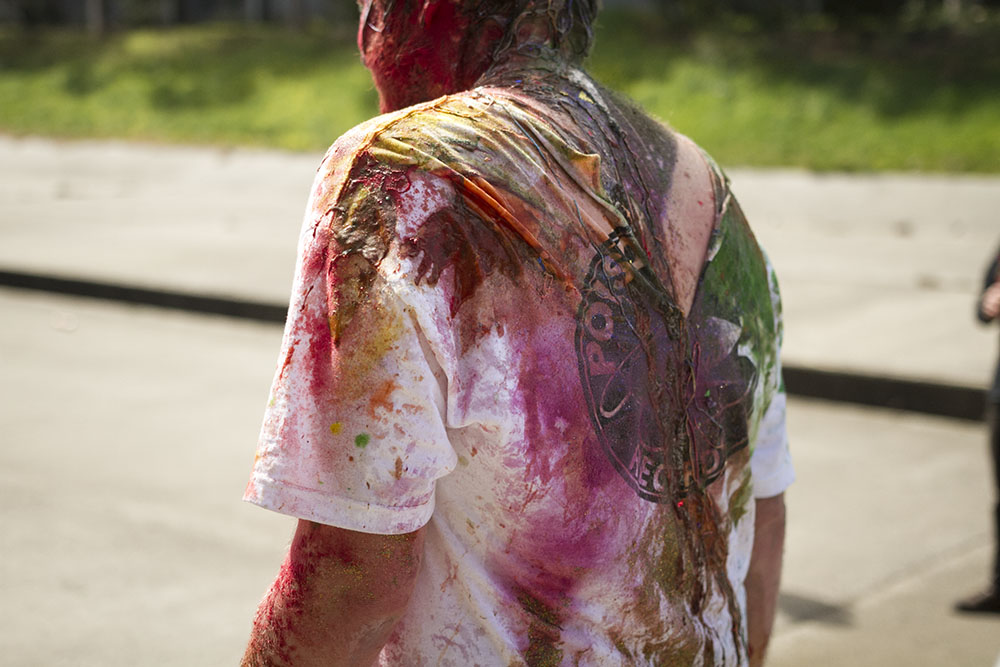 Wil made it through the gauntlet with only a few cuts, the whole thing was over in under 2 minutes, but it was long enough for Australia’s current “High Terror Alert” to have someone driving by on the freeway to call the Police and report “A car on fire and people sword fighting” The cops who showed up only found a bunch of raw spaghetti, an old mattress and 40 glitter covered people with big smiles cleaning up the mess and they soon realised there were bigger fish to fry. Fire Brigade was also on the way – chocolate syrup and confetti doesn’t pose much fire risk and we had our own fire extinguisher, so no problem there. The cops didn’t bother asking if we had a permit to shoot – I think they assumed we were total professionals, understandably. 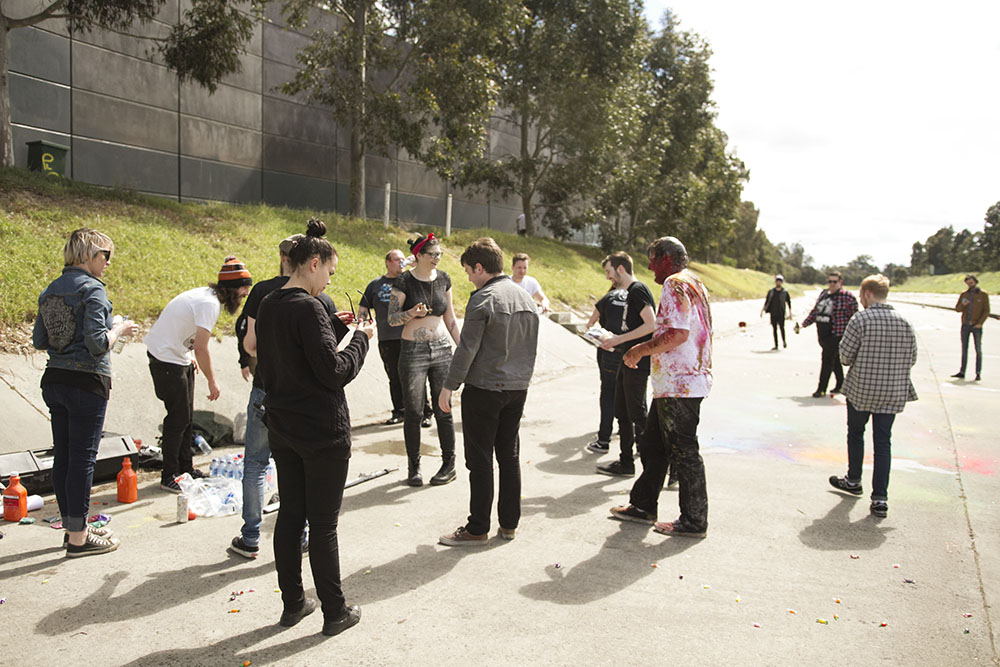 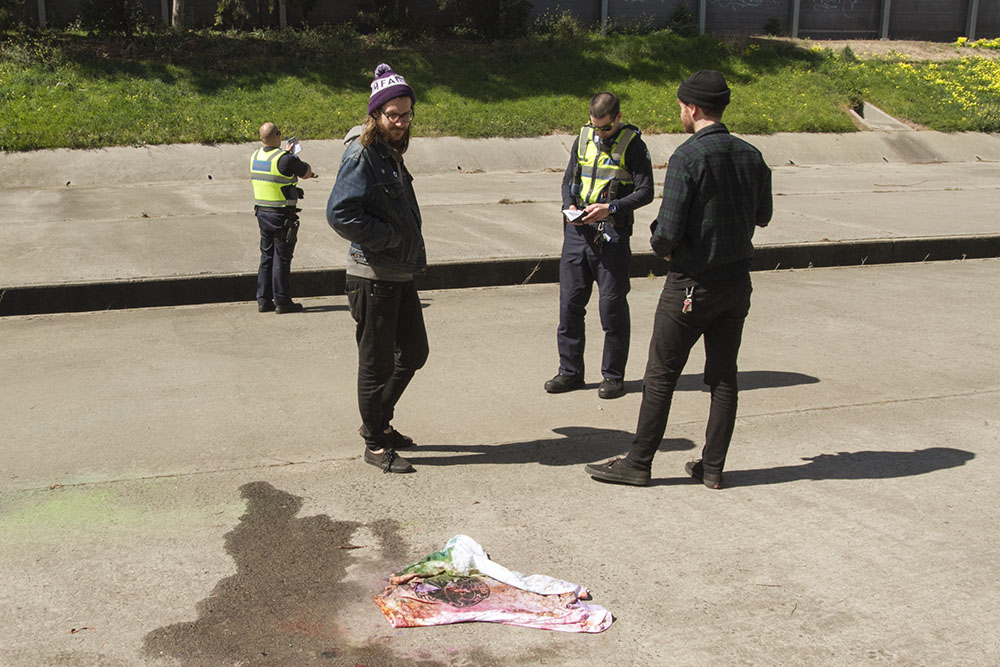 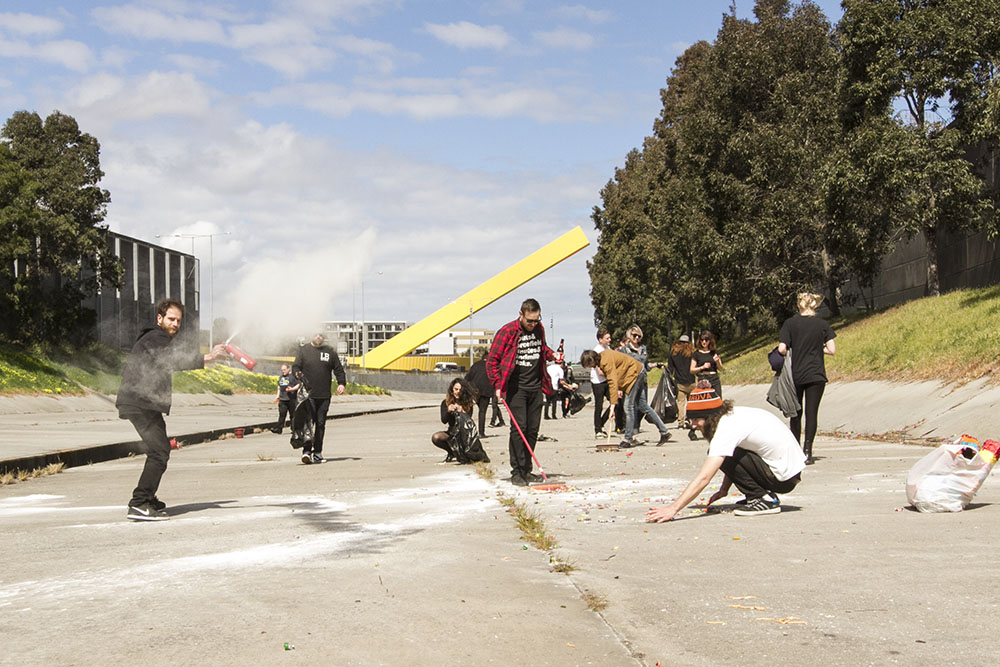 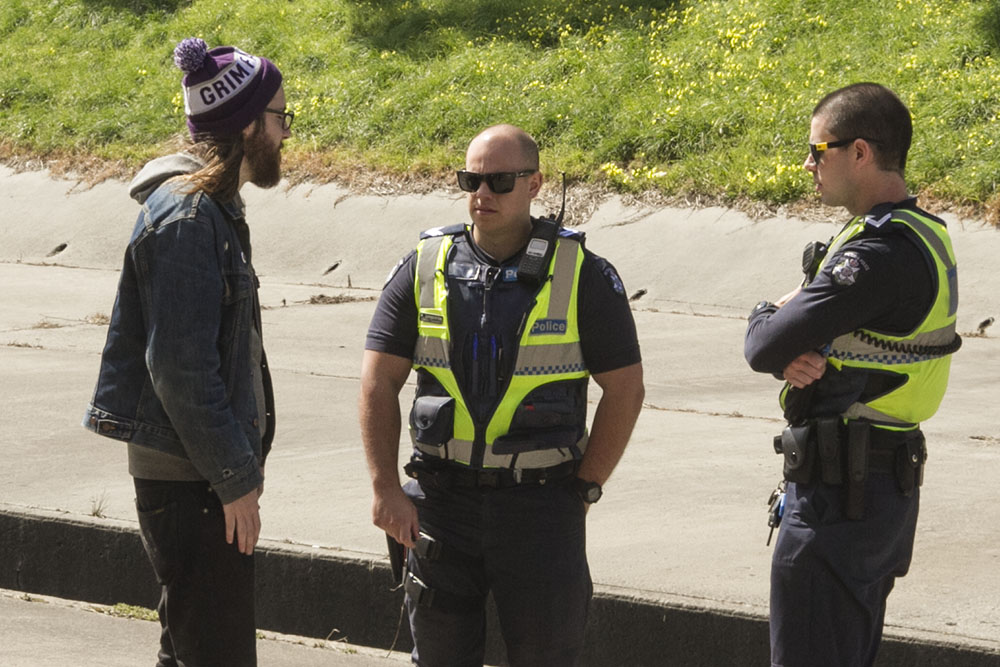 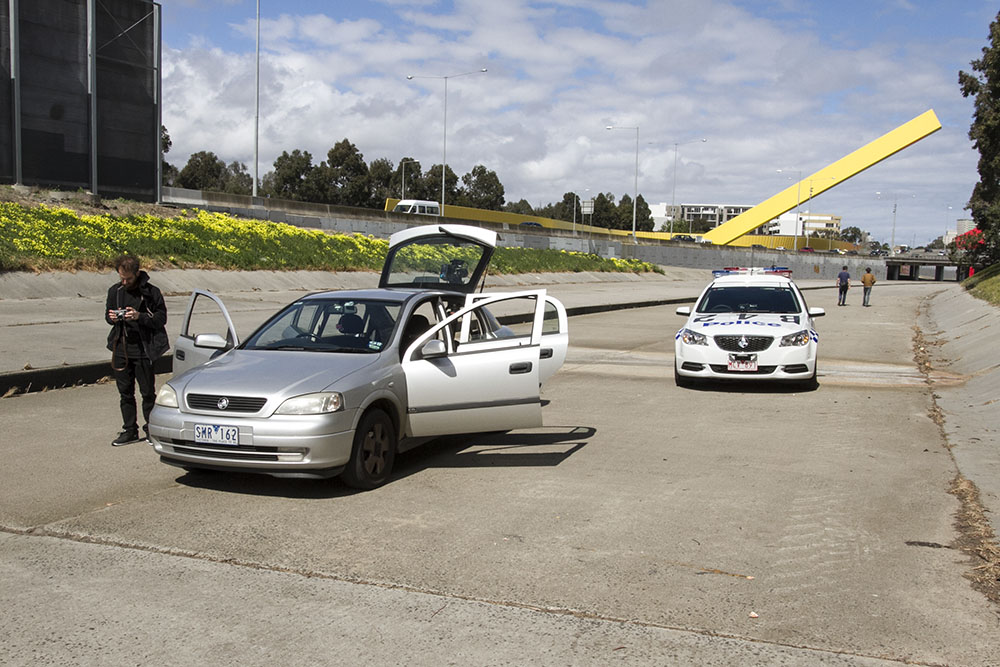 We only had one shot at it, so we just had to hope it was right. We packed all the trash in, Chris provided a nice Instagram moment for everyone with Wils guitar, and we got out of there. Wil went for a shower, and we went to edit the clip right away. 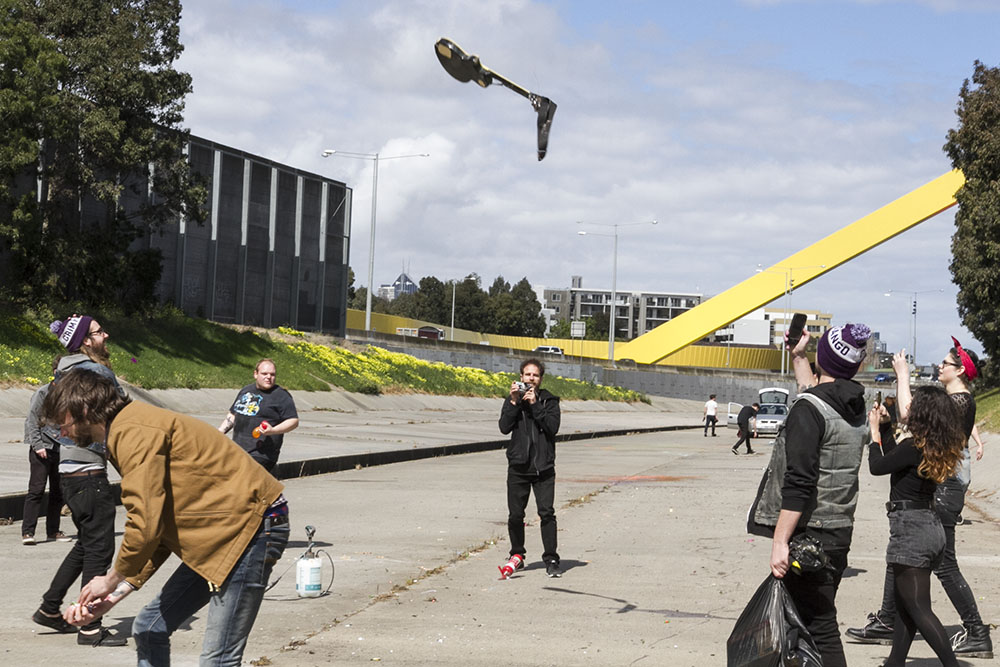 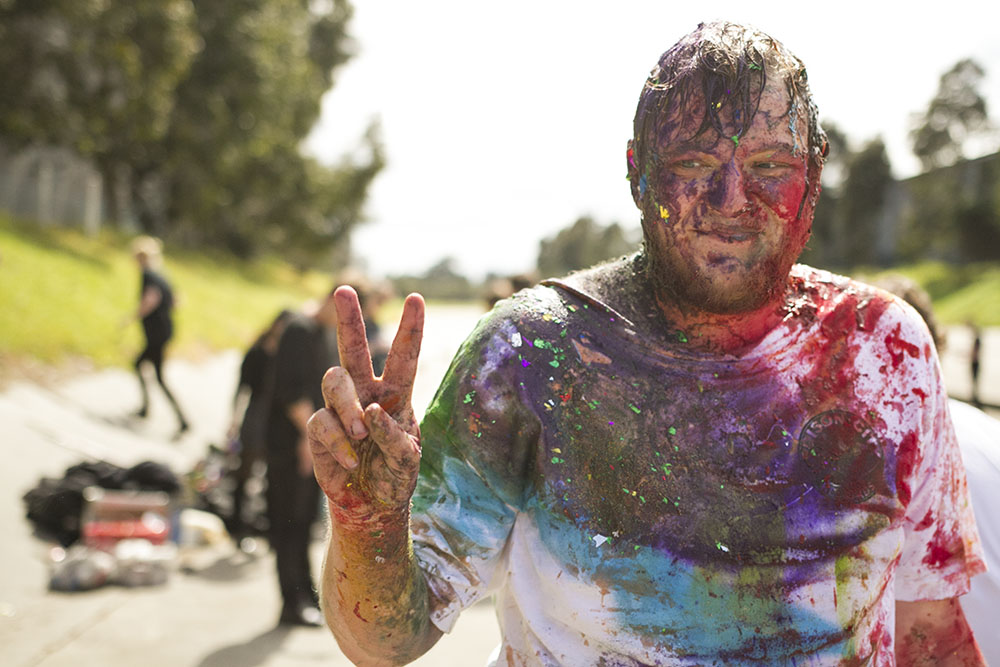 Here it is, The finished product. “Surrender” by The Smith Street Band.