At the first Nature World Night Out, girls in Usher shirts swung elbows in a mosh pit for Trash Talk’s “No Escape,” and boys in Municipal Waste shirts adjusted their swag in accordance with Soulja Boy’s “Turn My Swag On.” It was a manifestation of Nature World impresarios Antwon and Andre Martel’s worldview: the barriers between authentic, from-the-street subcultures are artificial.

The second edition of the festival, on February 25th, promises more sweat and gun fingers. In UNION nightclub’s basement, where packed crowds seem to make the walls ooze, hardcore acts like Xibalba and Jesus Piece will share a stage with oddball rappers like Tommy Genesis and lil house phone. On the main stage, in the airier, vinyl booth-lined upstairs, sets by pink garment innovator Cam’ron and pink garment late-adopter Lil Peep sandwich Canadian hardcore legends No Warning and Secret Circle, the recently-formed trio of Wiki, Antwon, and Lil Ugly Mane. In the words of Antwon, it’s for “the real fuckin’ heads.” 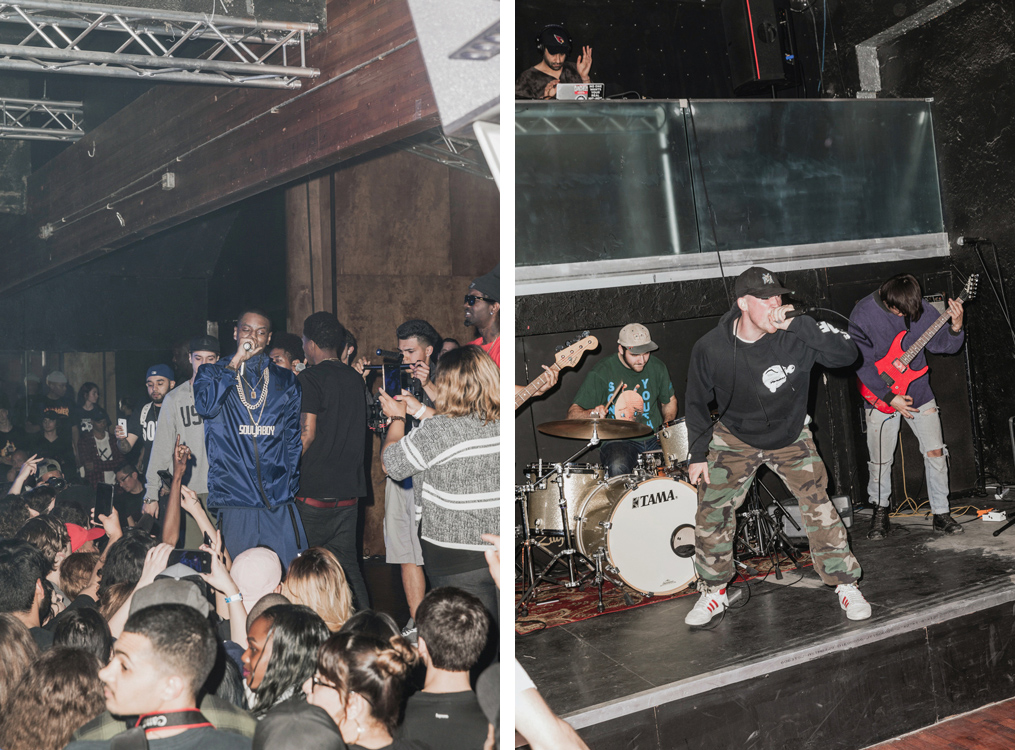 Torii MacAdams: How’d you put together the lineup?

Andre Martel: Basically, we think of everyone we’re fans of, and essentially it’s just fan service for people who are into the brand and what we come with. We have hardcore acts, we have rap performances, weird alternative groups—it ranges. We try to do something that people aren’t doing; you have F.Y.F., Rolling Loud, which specialize in one section or the other, and we try to do something that’s more conducive to our fans, our customer base, and ourselves. Everyone that’s performing we’re all big fans of.

How’d you get Cam’ron?

Andre Martel: That was kind of a shot in the dark that actually worked out. He’s been a big influence in my life, and I think we’re all pretty big fans of him. He’s important to the culture in general—not even just hip-hop—but to this generation of artists, designers, and musicians. We felt like to follow up what we did last year, we wanted to bring someone that was on par with [our ambition]. We were like, “If it happens, it happens. If not then whatever.” We’re pretty excited.

Antwon: [Deciding on him] was just an obvious thing. We get people that we want to play. If they can do it, when we’re booking, then we just do it like that. 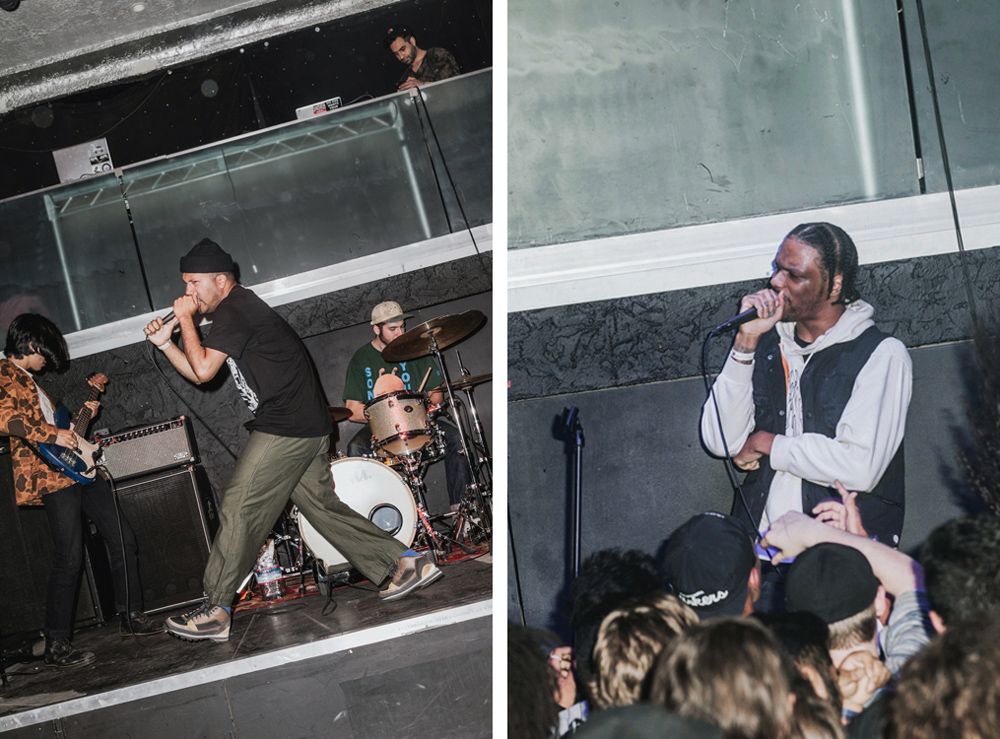 What are some of your hopes for Nature World Night Out? Do you want it to be an annual thing, a series of shows like Ham on Everything, or...

Andre Martel: I think the goal is to have that one banger every year. We’re definitely trying to push for it to be annual. We don’t know where the growth will take it just yet because it’s the second year, but [this year] is already before the last one. We have way bigger artists, we have better presence in terms of brand awareness, and we’re pretty certain that we’re gonna keep doing these yearly events. The thing is the vibe is “club”—we want it to be dingy, we want it to be super packed, sweaty, kids jumping all over each other. The goal is to have it run every year and maybe it’ll move into a bigger venue next time, maybe we’ll get more performers, maybe it turns into a two day event. We don’t know yet, we just want it to turn into its own thing and then maybe we’ll start doing one-offs here and there.

Antwon: I feel like it’s an annual thing. It’s not gonna be like an everyday kind of thing. It’s only annual. [In the future] we’d do more days–like two days–or something like other places, or other cities. That’s probably the goal for the festival.

Are you doing two stages this year, or just one?

Andre Martel: We’re doing most of the acts on one stage, and then the rest on the larger stage, so it’s going to force people in that smaller stage [at Union]. It was crazy, really intense—we’re almost trying to curate the experience. We want people to be packed into this tight space and going crazy, so they feel that energy. We want people to experience what shows are like for us. They were small, super tight, there’s kids crowdsurfing all on top of each other. That’s what makes a show a show—where you’re at a show and can’t escape the energy. You’re forced to experience it.

Antwon: The last four acts are upstairs. It was just kind of jumbled [last time] with people kind of running around and stuff. 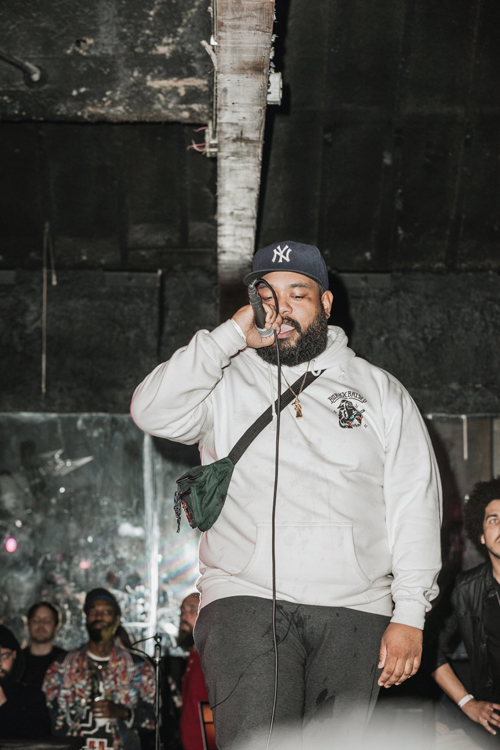 For someone who wasn’t at the first Nature World Night Out, how would you describe the crowd?

Andre Martel: I would say it’s very mixed. It’s interesting because you had the underground rap kids you might find at Ham on Everything, you had people who are straight up tattooed hardcore fanatics who go to shows on the regular, you had people who were into the DJ aspect, because we had some DJ performances, and then you had some random people who heard of the event because of Soulja Boy or Trash Talk, and they’re familiar with one or two of those big groups. It was really interesting to see everybody come together—that’s the whole goal of the festival, is to show everyone that we can come together, have fun, and celebrate life. That’s always been our goal: to represent all cultures, all people that come from the underground or DIY scenes, and show them that we have a common thread.

Antwon: My friend described it to me, and he said something like, “You’re in there, and you don’t know what anybody is there for.” It’s more of a mix than anything. It’s kids that want to see lots of different shit. A lot of people are like, “Oh, yo, explain this to me,” but for those type of people, you shouldn’t explain it to them. They should come and experience it. I can’t explain an experience to you. You have to come to Nature World Night Out and figure it out for yourself. If it looks cool, you should do it. Pull up. 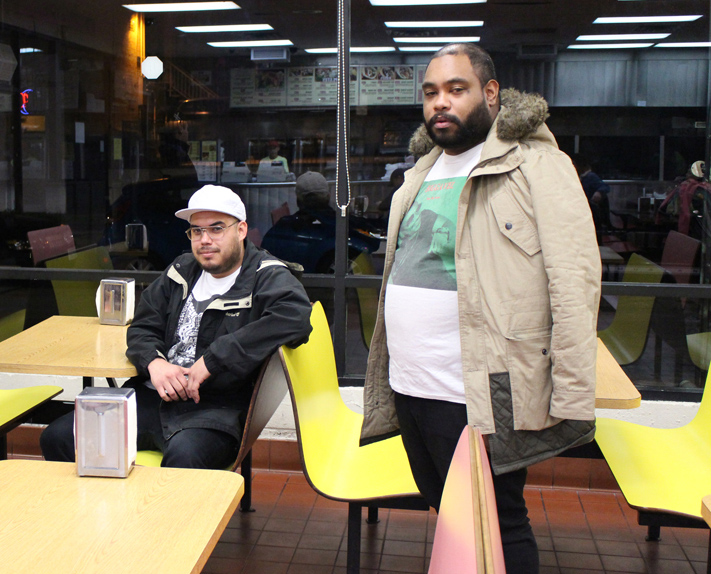 I was just talking to a friend about how L.A.’s music scenes—especially hardcore and rap—aren’t polarized. There’s a lot of people who go to shows across genres.

Andre Martel: It’s really interesting. L.A.’s a big city, but it’s also kind of interconnected. I see people that I know from the punk scene at hip-hop shows all the time. A long time ago, a friend saw KRS-One speak, and he was asking him how he felt about hardcore and hip-hop, and if he saw a connection, and KRS said that it’s the same thing: it’s all street music. For us, we feel like the rave scene, the party scene, club scene—same thing as hardcore punk, same thing as underground hip-hop. It’s the same thing—a bunch of small venues tying people together through the music or the aesthetic.

A lot of people don’t know that about L.A.. They’ll come here and just see one aspect of it. People who go to raves will go to hardcore punk shows, or vice versa. It’s not one way or another. It all kind of bleeds over. It’s cool with me, because that’s how I’ve always been.

Antwon: It’s like music with a scene involved in it. If you’re used to that type of stuff, you’re gonna listen to everything. Most people that think Nature World Night Out is a weird event need to be told what kind of music to listen to. This is a festival for the real person that’s into subculture. This isn’t for no normal-ass fuckin’ person, that don’t listen to music. For those type of people, go somewhere else—there’s tons of other shit going on that night. Go to a fuckin’ reunion show or some shit. This is for straight fuckin’ heads, real subculture heads. We put this on for the kids, for the youth, and that’s how it’s goin’ down. 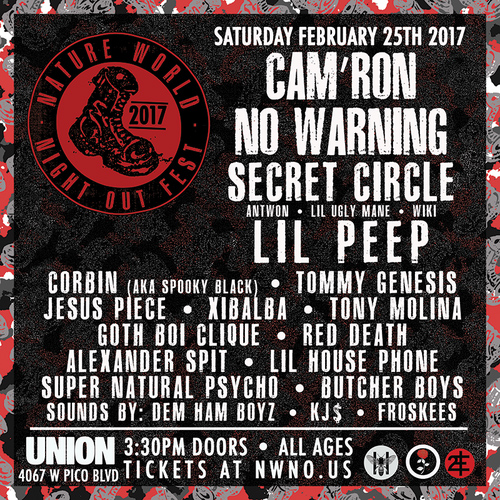 Justin Esposito
Trash Talk and Soulja Boy played a show together? Smells like the workings of Nature World Night Out Fest.