Just last week, Pete flew to Havana, Cuba, with Amigo Skate, a charity that aims to use skating and street art to inspire at-risk youth. Amigo Skate donates skateboarding gear, clothing, art supplies, and music equipments to the islands and have hosted skate contests, art shows, and concerts over the past 5 years. Because there are no skate shops in Cuba, breaking a skateboard deck means going months without a replacement – this is where Amigo Skate helps. Surprisingly enough, despite all that, Havana’s skate scene is alive and well. The story goes that Russian soldiers left their boards back in the ’80s with a couple kids in the street who grew up and have kept things rolling for 30+ years. Below is part 1 of Pete’s photos and thoughts from the trip:

After feeling like I’d never make it, between the snow in NYC, having to pick my car up and the delays with my flight, I finally made it to Miami. I arrived to Rene’s house at 11:30pm to him and a few others gripping decks and repacking bags with product to give out in Havana. I pass out around 3am on the floor in a sleeping bag and woke up at 5am to stuff our gear and ourselves into a Super Shuttle. We were off to the Miami International airport where Bogdan and Matt (Gnarmads) were just pulling up as we arrived after being on a bus from NYC for 36 hours. The whole process at the airport reminded me of traveling to Ecuador, where there’s families with mountains of luggage being shrink wrapped for safety. After weighing our bags and passing through customs and TSA, we were all at the terminal waiting for our flight. Everybody’s energy and spirits were up despite only having a few hours sleep. We boarded and I was sitting next to the Gnarmads. The flight was literally 45 minutes, maybe an hour, but despite the brief flight, upon arriving into Havana, the best way I can describe it was like a time warp into the sixties.

Bogdan popping a wallie 180 at Havana Airport while we wait for the rest of our crew. 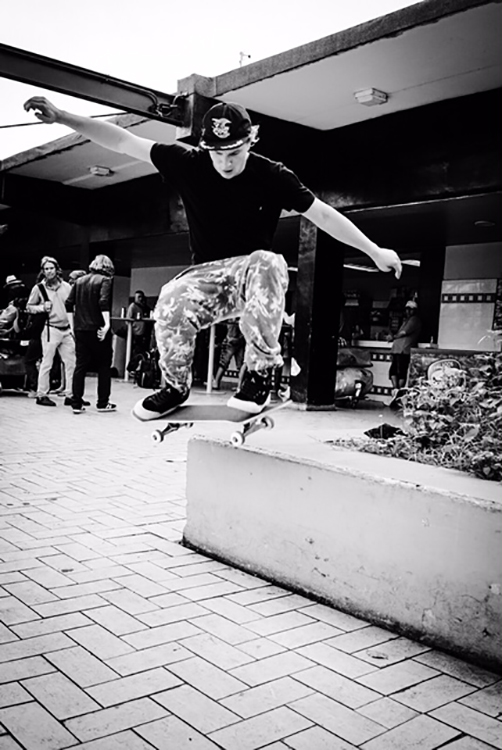 This guy at the airport tried to get me to buy him a box of rum, which look like juice boxes you’d give your kids. 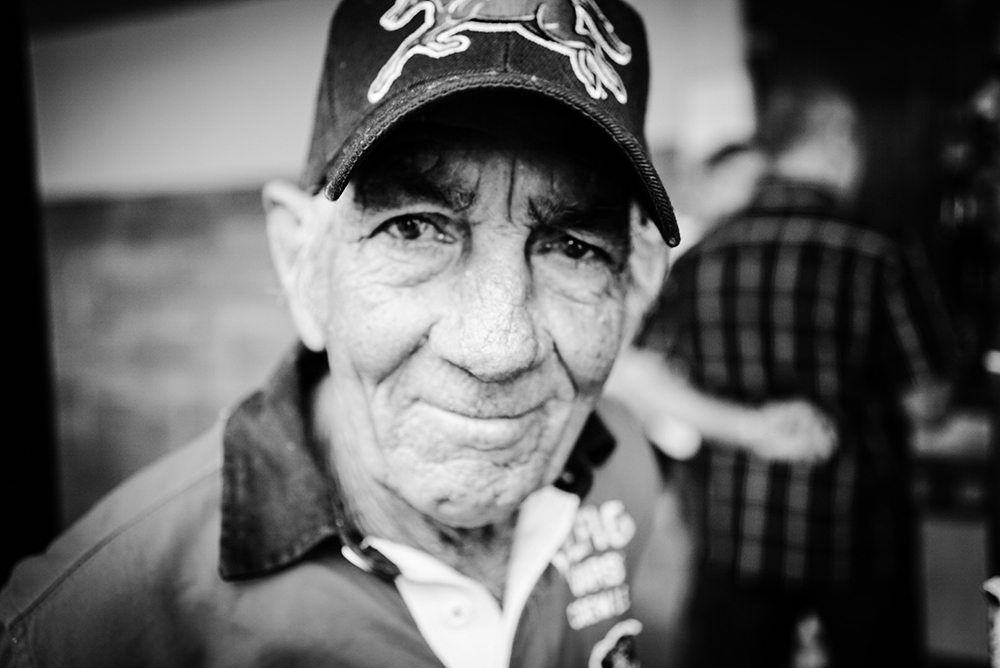 Petty cab repair as we skate the streets of Cuba. 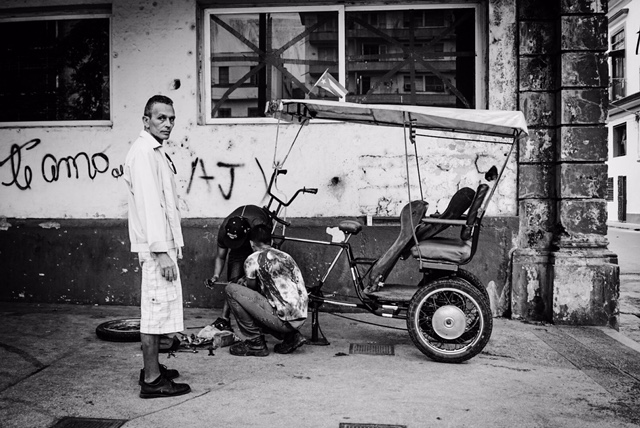 Wandering around shooting in the streets of Havana with Chris Miller. 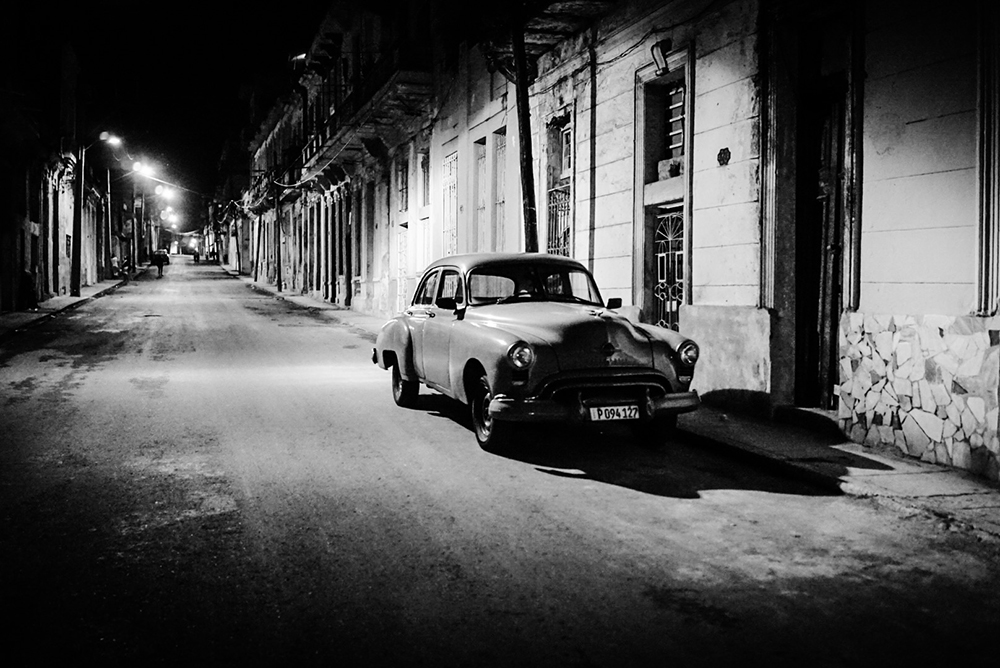 Don’t think this one needs a caption. 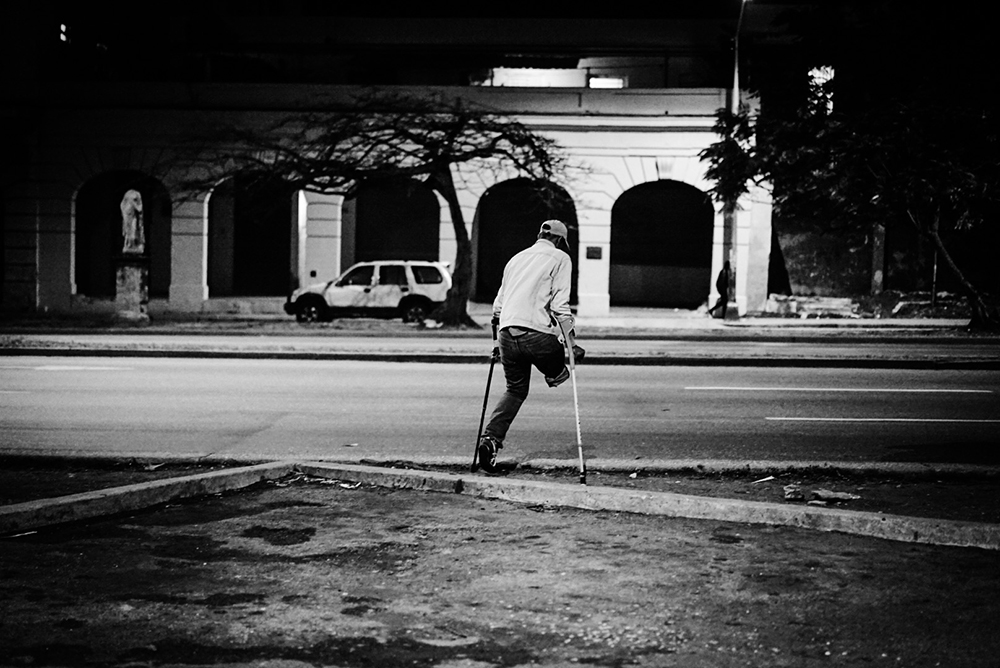 2.19.2015
I woke up around 8:30 AM or so and Mrs. Loreta made us breakfast, which cost $5 a day. I prepaid it. Finding food in Cuba is a bit of a task and most of the skaters told us to stay away from street meat/food. Chris knew about a roasted chicken spot and that was our dinner for the last 2 days. That being said, any meal outside of that is a luxury and breakfast is the only real complete meal I had during my time there.

I was interviewed by a film crew who was shooting a documentary of what’s going on here. The skaters who arrived were given 2 decks each and some gear (The Hundreds, HUF, etc.). Some get complete setups (thanks Thunder and Venture for the trucks) and wheels. I managed to shoot a few pics and we started heading out to go skating. We broke up into groups, half in cars while the Gnarmads, Ebbie, and I skated with some the locals and hit a ledge spot. Afterwards, we all jumped on a bus, seven of us for .25¢, and headed over to the Cuida Deportevo (Sport City) where the government has let skaters set up a flatbar. After a session in there for a while, we then headed over to a DIY park that was built in a drainage pitch. We skated and hung there until sunset, headed back to the Casa de Loreta, got more chicken, and just sat around drinking beers and hanging out. That is, until about midnight when we all decided to meet up with the rest of skaters at a Beatles-themed bar called Yellow Submarine to watch ’70s and ’80s cover bands with $13 bottle service.

2.20.2015
The last two days seemed more about meeting the core, more advance skaters here and distributing the product to them. We went around with them to skate spots and just hung out with them. Everything pretty much seemed the same here, with skaters, as it is back home or anywhere; we ate, drank, and smoked collectively. We listened and talked about music – hip-hop, hardcore, heavy metal, etc. We talked about skaters and skating, brands, how to land tricks, etc. We talked about girls. Everything was the same except for one thing: No one was attached to their phone. They were all very much in the present and engaged one another. This was probably the thing that impacted me the most – being in the moment, in the present, not depending on a screen to provide me with my sense of being, and as a distraction. Not tuning out the world, I think this is the thing that I came away with on this trip. I felt like a field reporter in the 1970s. If you wanted a story, you went out and you traveled, learned the language, or hired a fixer, and you immersed yourself in the culture.

Cuban skaters going through the product we brought for them. 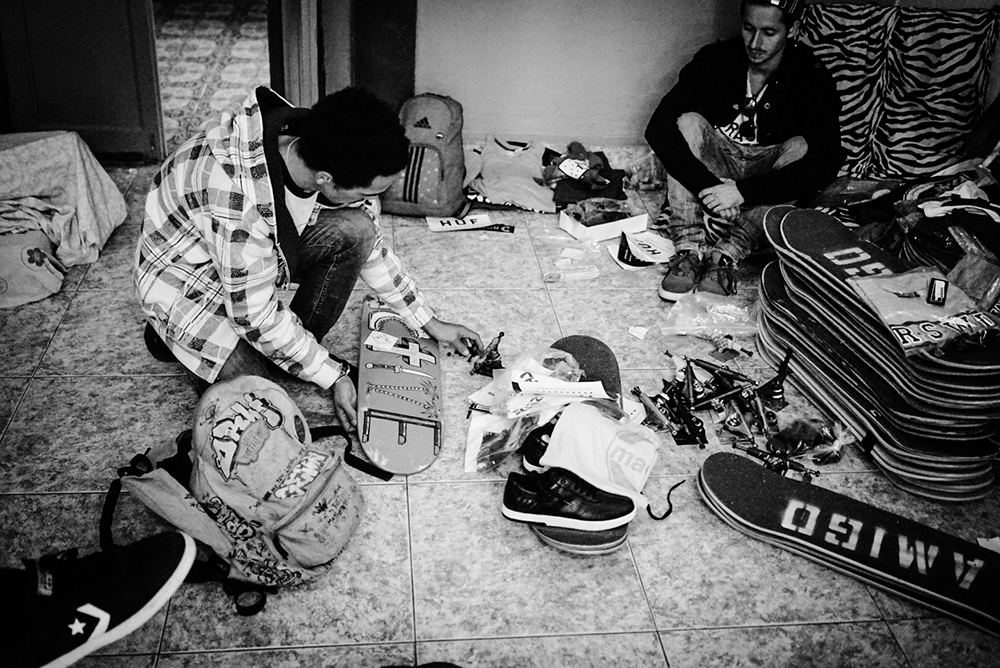 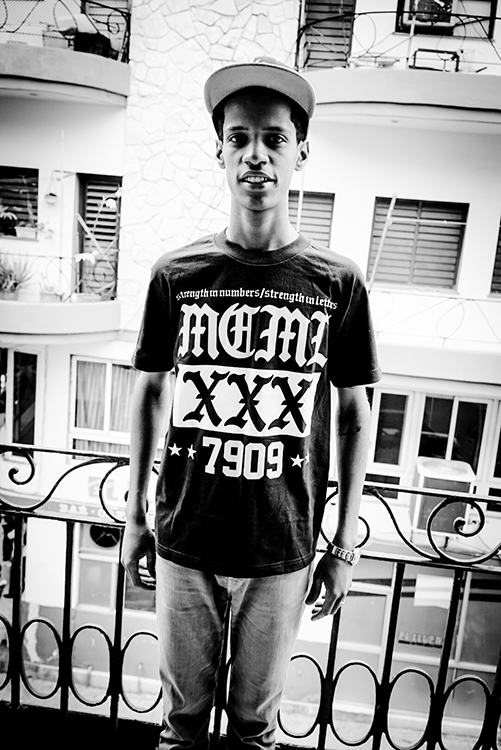 Skaters are skaters anywhere in the world. 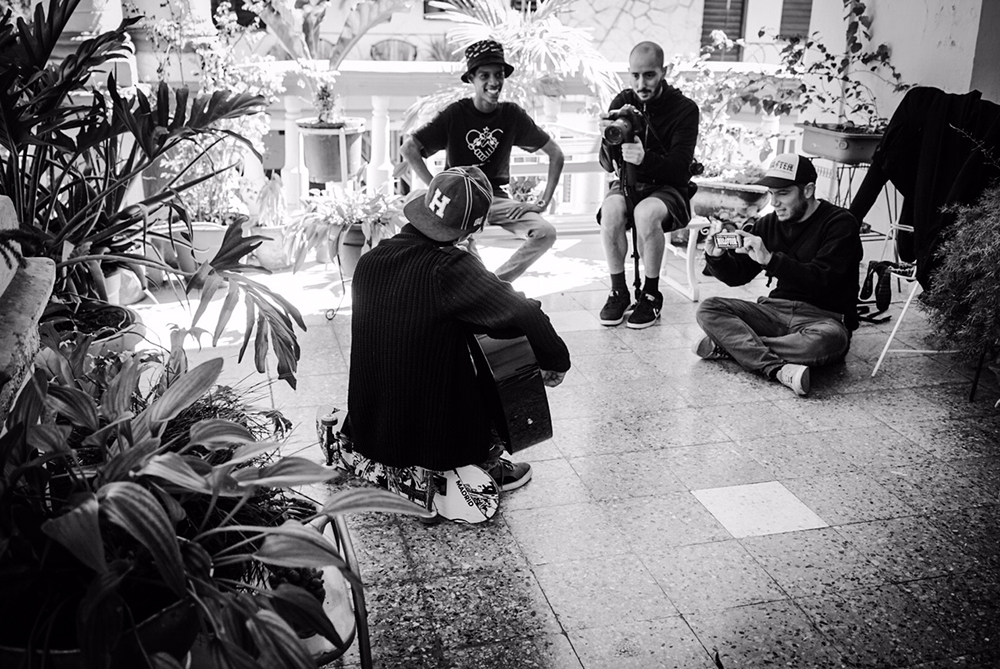 Probably the cheapest way around Havana. 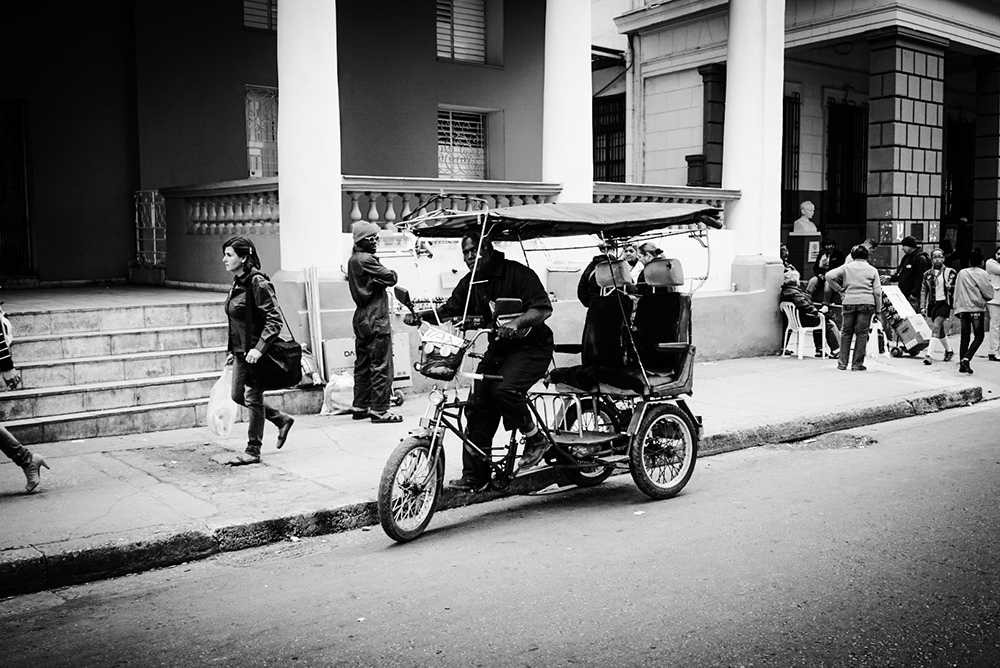 Acropolis is one of the oldest cemetery in Havana. 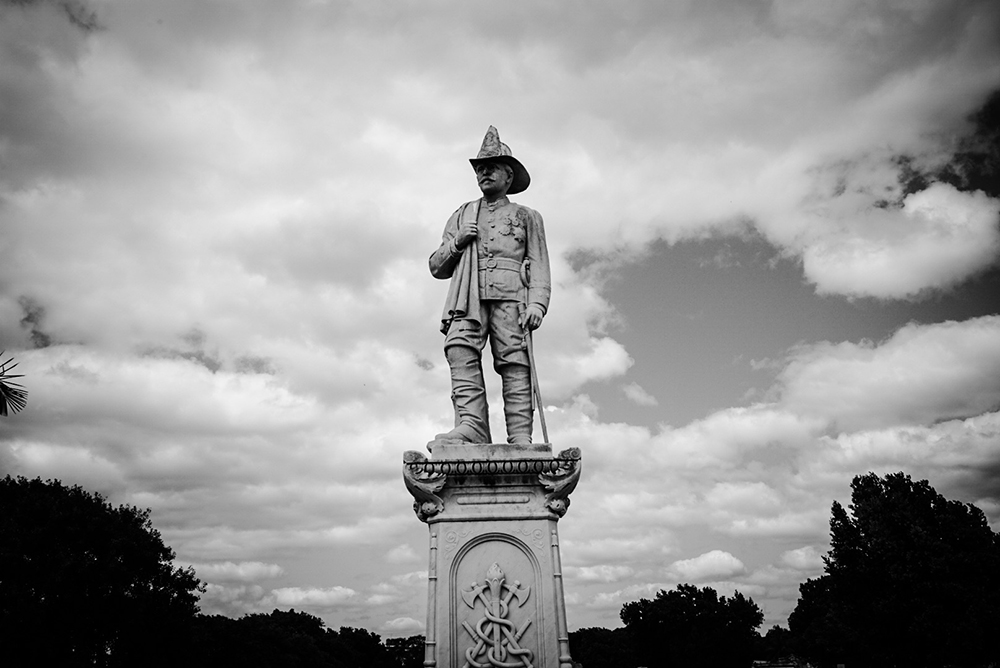 Gnarmads getting their media fix. 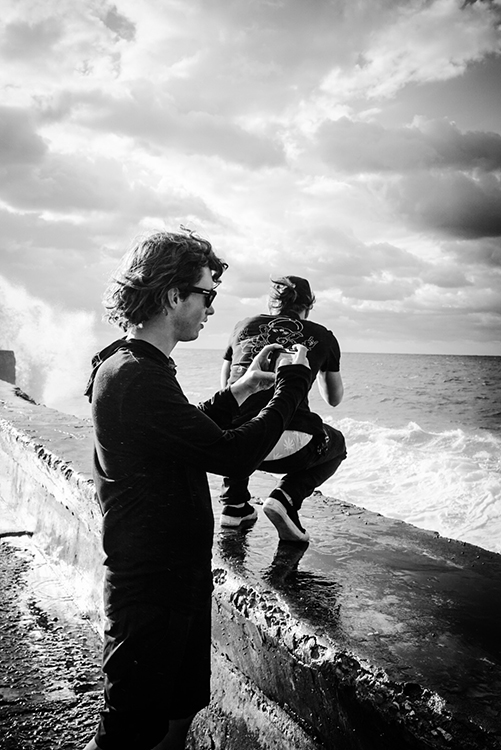 Mother Nature getting her Gnarmad’s fix. 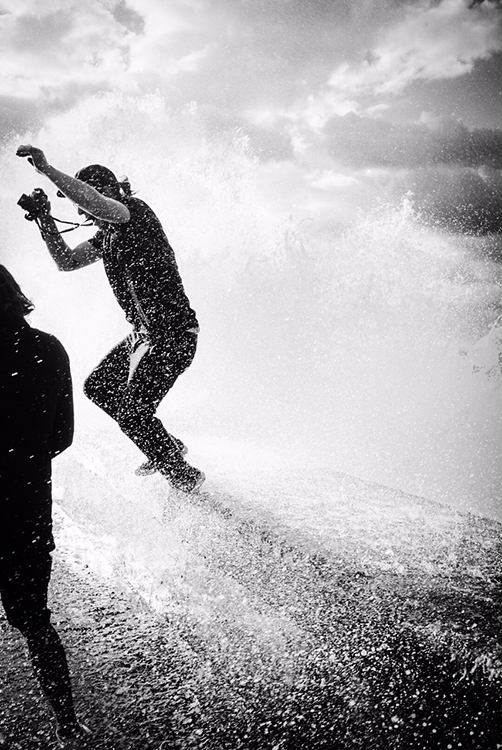 Bogdan wallie out of the fountain. 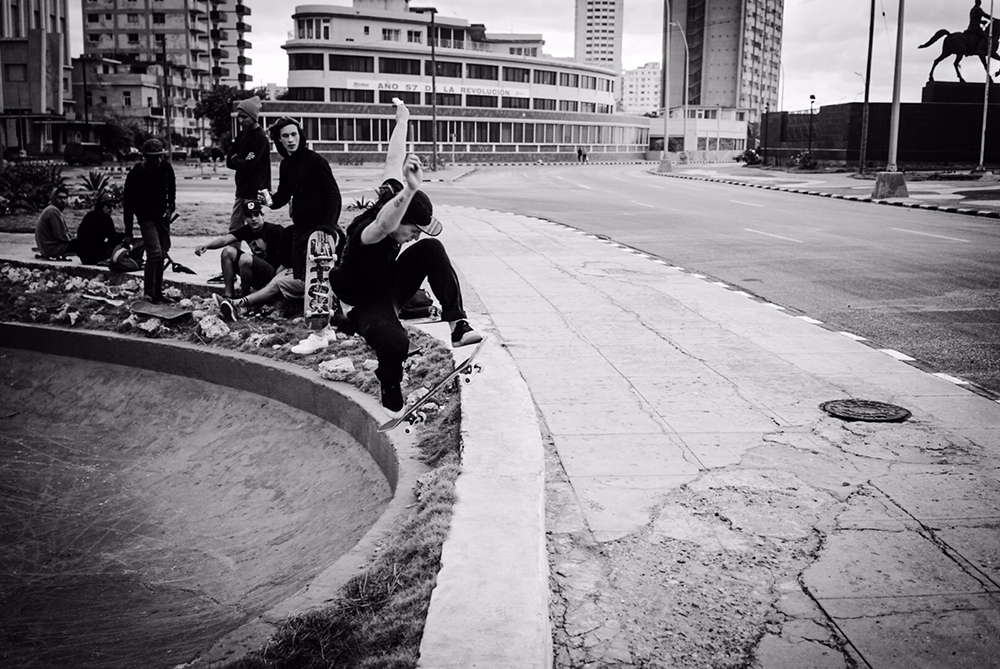 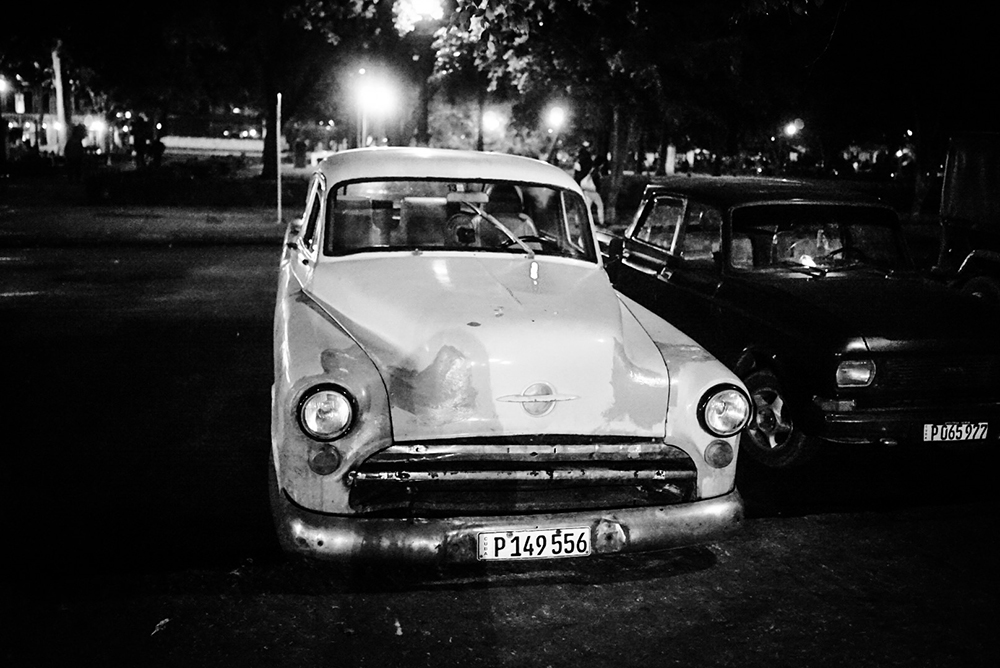 More from Havana soon in Part 2. 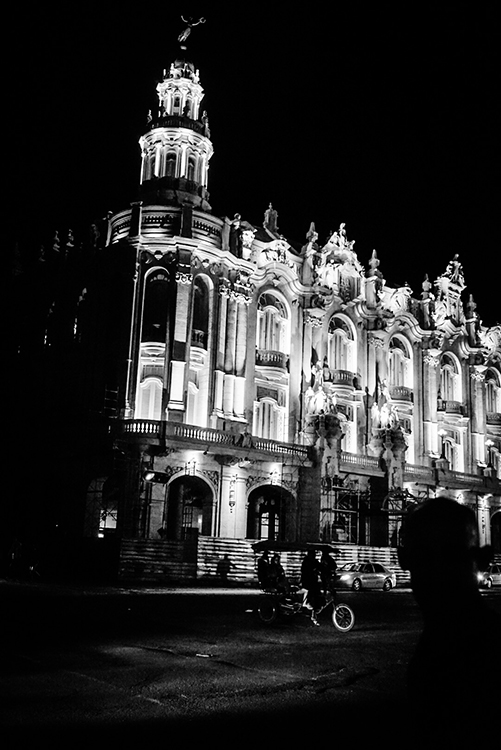 Kazie Holiday
Our very own Scotty Litel wrote the following piece and interviewed his good friend Chris Nieratko about how, in Chris’s words, “Skateboarding has the power to save lives.” They discuss the importa... Pete Pabon
I met one-half of the Gnarmads, a young man named Bogdan, back in 2003-2004 or so. I was living in Brooklyn and it was the tail end of what I call my “serious” skateboarding days. I was coming home... Senay Kenfe
You might remember Senay from his contributions to our DISPOSED series, the time he interviewed Antwon with Alina, or the times he’s contributed photography to the stories on our site. A storytelle...
HIDE COMMENTS