{ie Fall 2015 – illustrated example proves that Canada is a force to be reckoned with when it comes to menswear. The small brand from Vancouver makes all of their clothes locally and, as always, the quality is on point. For Fall 2015, the brand cuts down on the T-shirts and focus on outerwear. Quilted vests, Polartec half-zip fleece, varsity jackets, and fishtail jackets are just a tip of the collection. The brand continues to focus on clean design, making each piece casual and versatile. 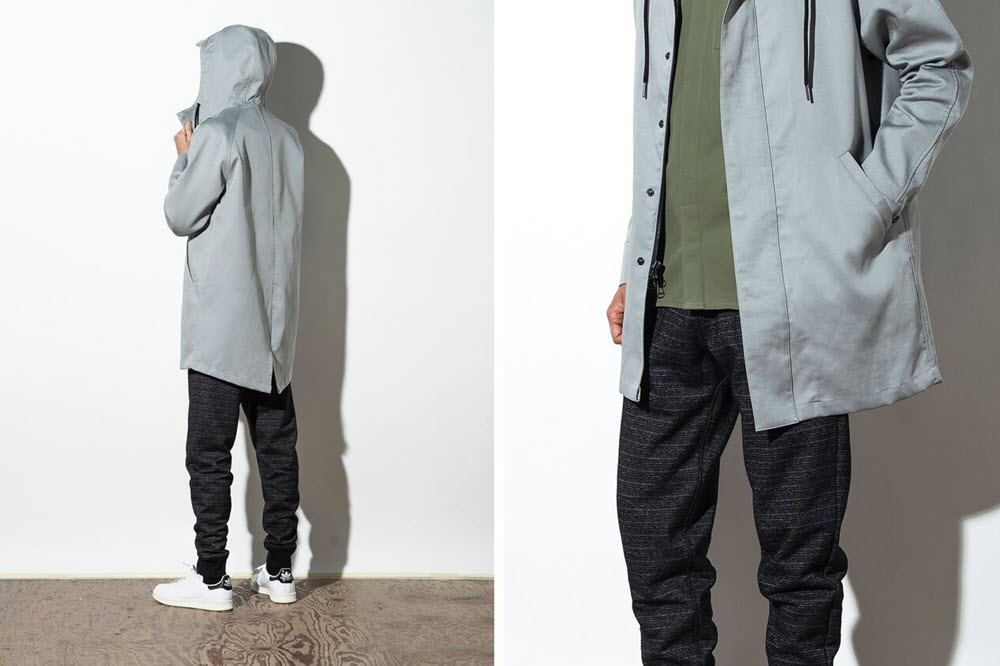 A Bathing Ape Basics Denim – A Bathing Ape (BAPE) denim is nothing to write home about. They’ve been making jeans with Baby Milo across the crotch for years, but this new project is something different. For Fall 2015, the Japanese streetwear brand launches a basic denim collection that drops the bravado for something simpler and cleaner. Available as two tees, two crew-necks, sweatpants, a tote, and a bucket hat is a logo-based collection of casual pieces that use classic denim color. 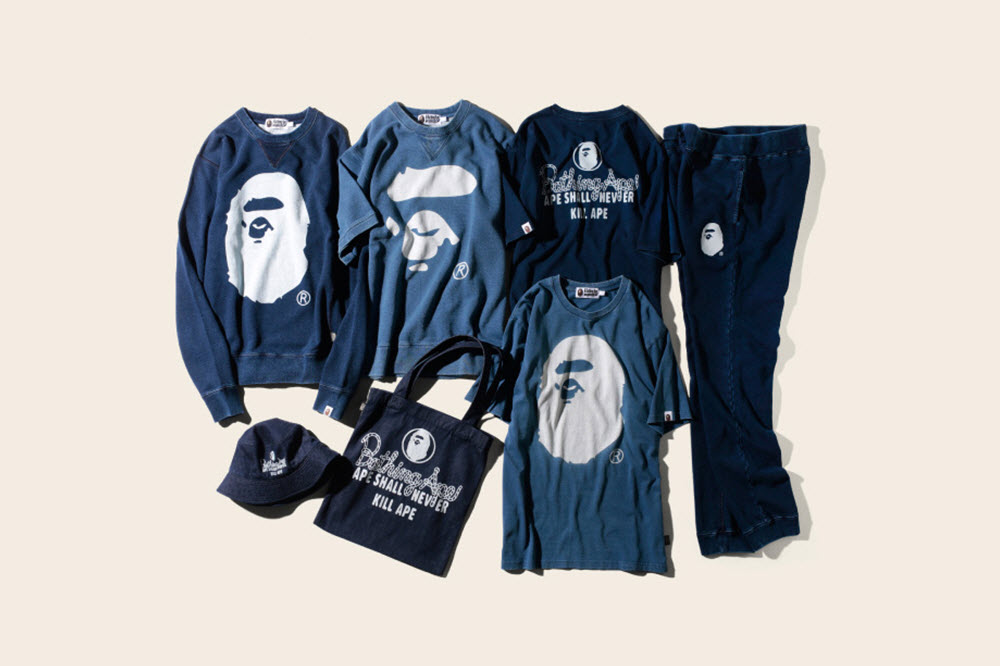 Star Wars x BEAMS – Nixon isn’t the only one celebrating the release of the latest Star Wars flick. Japan’s BEAMS is getting in on the action with their own collection of timepieces. With The Force Awakens only a few weeks away, BEAMS shows off four analog timepieces that celebrate some familiar faces. With a plastic case and a canvas strap, the collection features Darth Vader in black, Luke Skywalker in grey, R2-D2 in blue, and a white colorway paying tribute to the Imperial Stormtrooper. 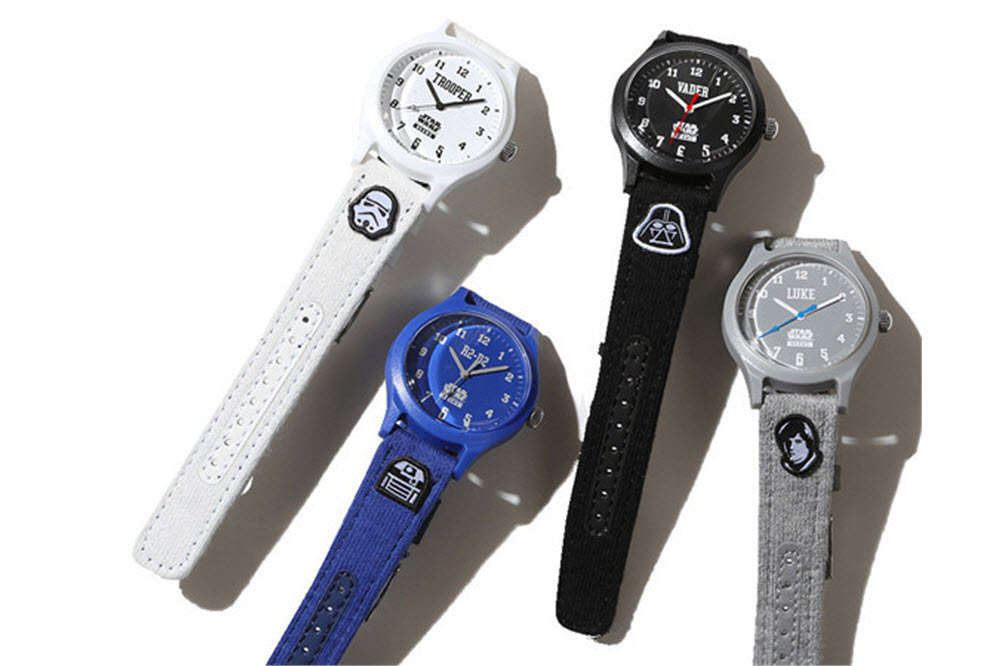 Nike Air Zoom Flight 95 – Over twenty years ago Nike released one kick-ass pair of basketball sneakers. The Air Zoom Flight 95 looked like something straight out of a space movie with a midsole nearly three times the typical size, and large bulbous cutouts. Using a carbon fiber pattern, the sneakers set the tone for one of the most exciting guards in the league, Jason Kidd. This bold design is back, and much of the magic returns, too. 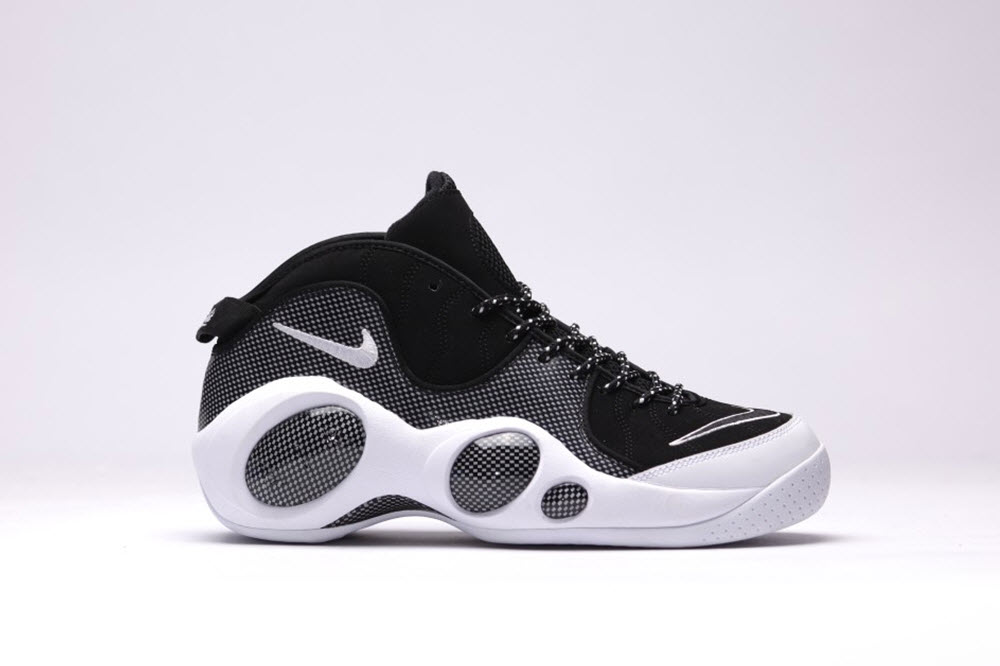 David Sims for Supreme – While the last book from Supreme was about the history of the brand, this latest with David Sims is a different approach to the culture Supreme has created. Through the lens of famed photographer David Sims, the book features a series of photographs that were taken following the exploits of Supreme Team Riders Tyshawn Jones, Sage Elsesser, Sean Pablo, and Aiden Mackay. With photos in studios, on location, and behind the scenes, the shots offer a taste of modern youth culture. Look for the book to drop at Supreme stores and online this Thursday, September 17. 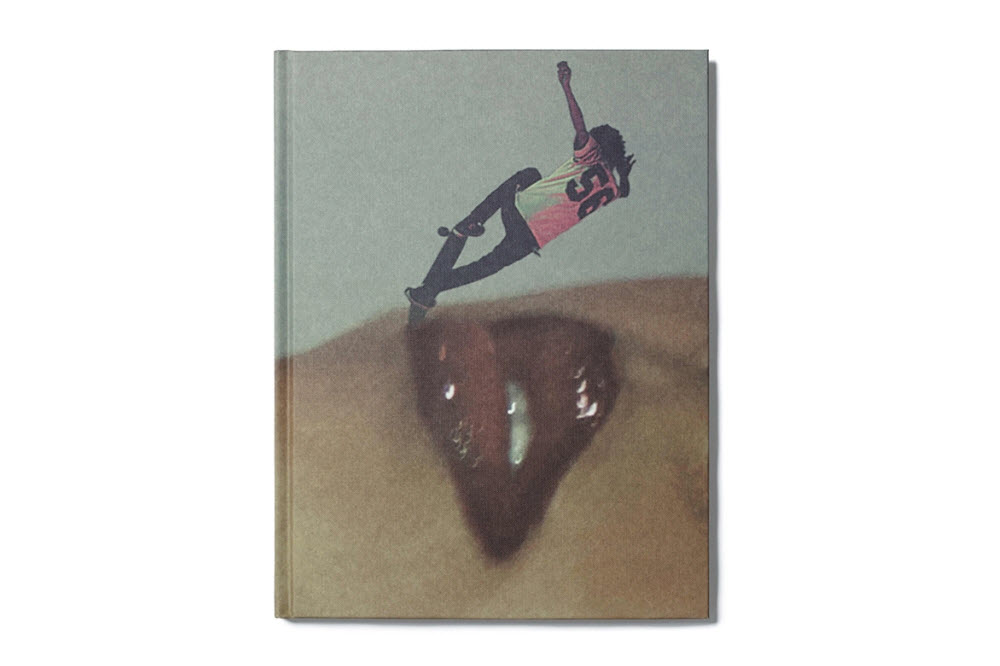 CLOT x DENIM BY VANQUISH & fragment –  With some heavy lifting by DENIM BY VANQUISH and fragment, Hong Kong’s CLOT brand releases a new collection for Fall. Comprising of  denim, sweatshirts, sweatpants, and a tote bag, the capsule collection integrates a paisley African-themed patchwork pattern throughout the pieces. In addition to the unique addition, the pieces feature logos from all three brands, and a soft luxurious feel. Look for the collection to drop in stores this Saturday, September 19. 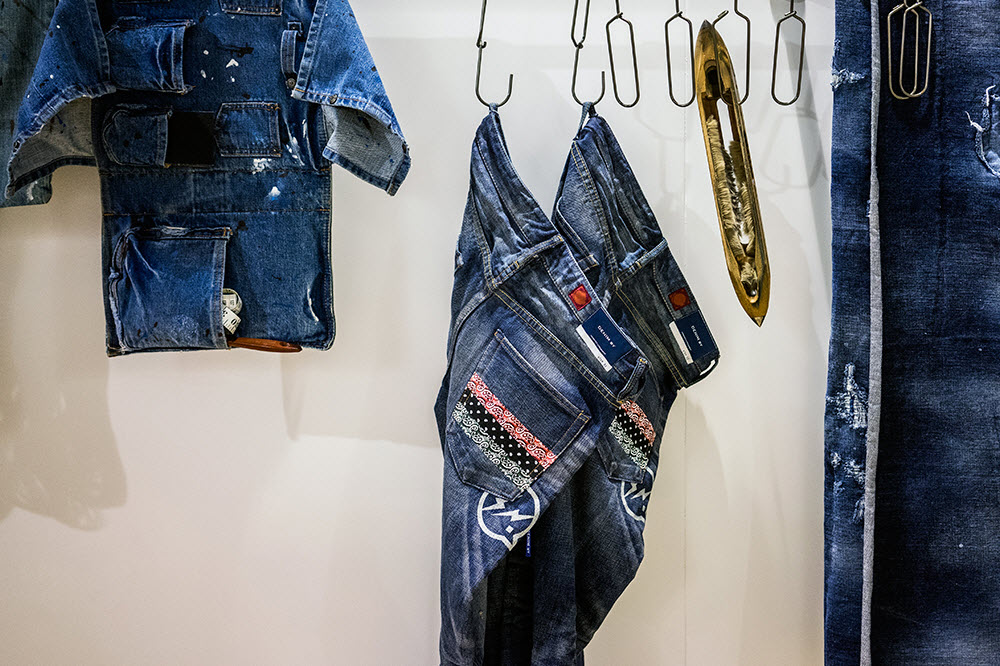 DOPE Logo Medtainer – With regulation slowly changing from state to state, transporting your precious herb just got a few more options. DOPE is leading the charge by creating a new limited edition Medtainer that is an airtight, watertight, and smell proof medical grade container. DOPE also builds a handy grinder into the Medtainer cap; making smoking and concealing your “medicine” a breeze. 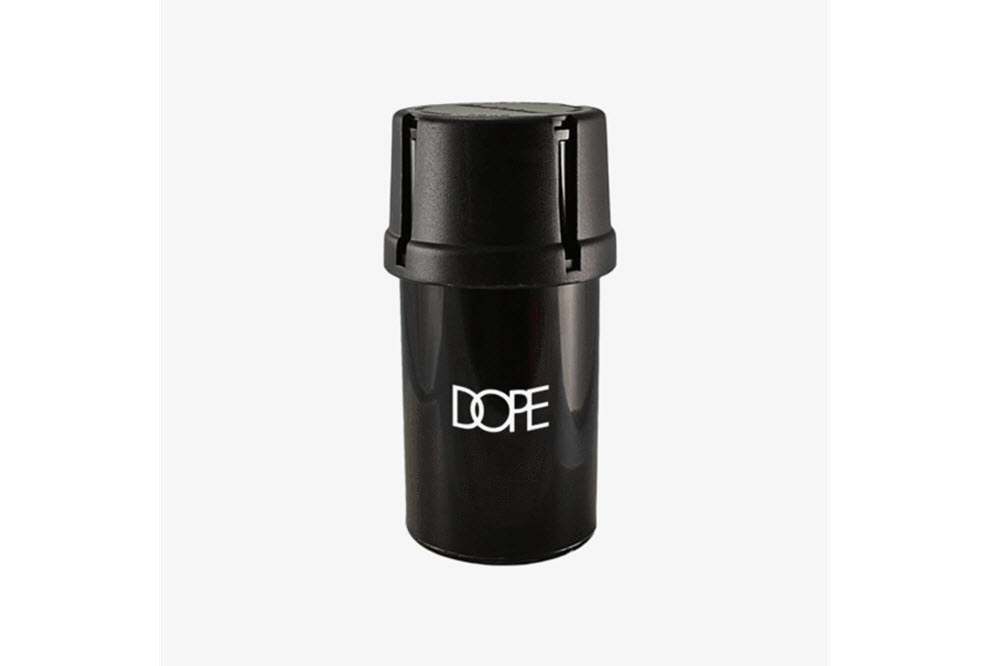 BAIT x ASICS – BAIT and ASICS are back at it again with a new edition of the GEL-Lyte III. These two brands have taken on a multitude of themes, and the latest draws inspiration from the dark and foreboding. Starting off with a black reptile upper the shoes have a speckled midsole, a beautiful gel outsole, and subtle BAIT branding. The sneakers are largely dark, but the mix of textiles gives the sneaker a contrast, giving the runner a sleek edge. 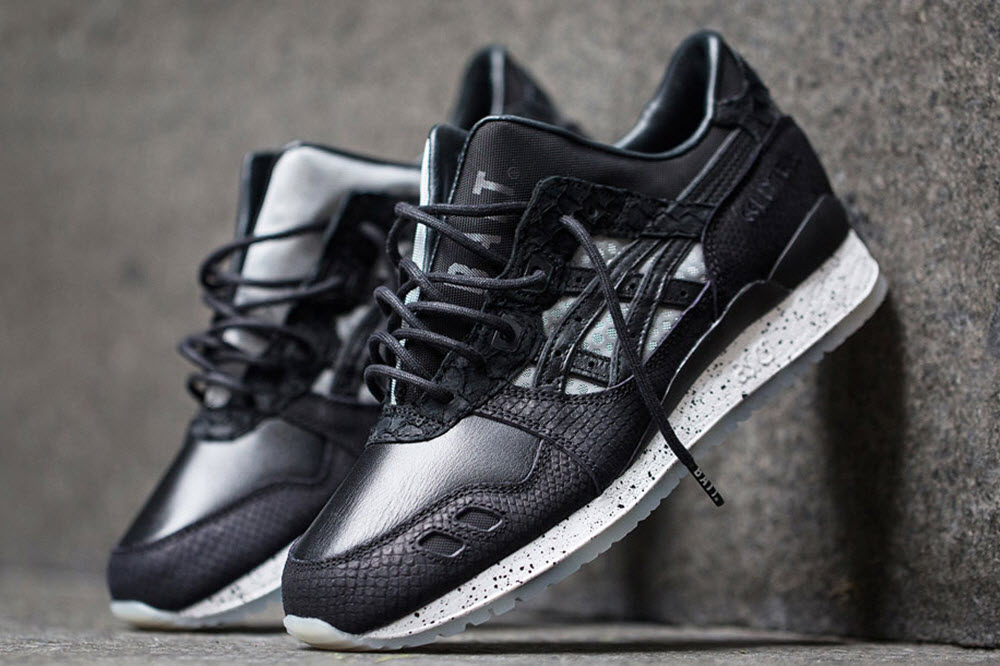