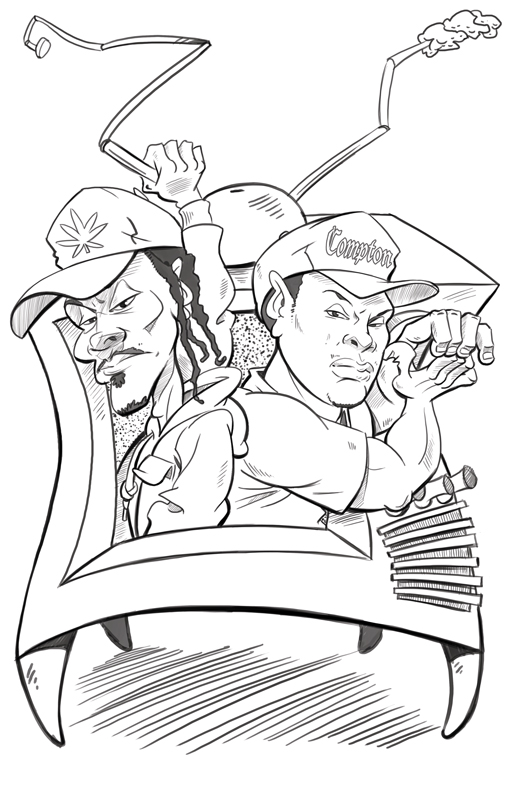 Before Death Row Records, the world had only felt a small dose of what the West Coast was capable of, by way of NWA. The fissure that the incendiary group caused only made it easier for the world to accept Death Row—all it took was a little help from Dr. Dre. With his help, Death Row created a roster of newcomers that would all find success in some way or another throughout the label’s heyday. Every demographic was properly represented for the most part, with established legends and newcomers like The D.O.C., Nate Dogg, Snoop Dogg, RBX, The Outlawz, Kurupt, Tupac, Miche’le, and The Lady of Rage. Their league of rappers were, if nothing else, reflective of their environment and the popular tropes of the time—eschewing the more lyrical East Coast style for direct, and more violent lyrics. It went over well, naturally, as a large portion of their albums sold over one million copies, including The Chronic, Doggystyle, and the Above The Rim soundtrack. Death Row’s legacy is still prevalent today, as acts like Snoop Dogg and Dr. Dre are still active in the music industry today. 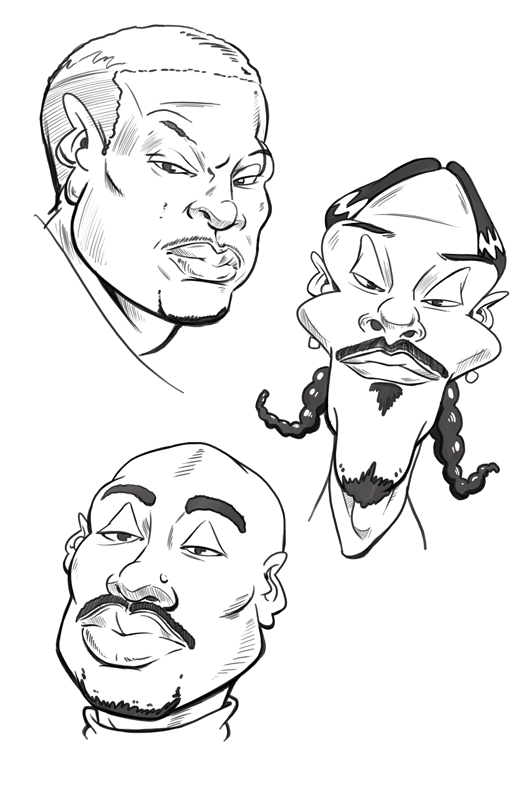 3. Redefined the Idea of Work Ethic (Multiple Projects Within One Year, All Gold + Platinum) 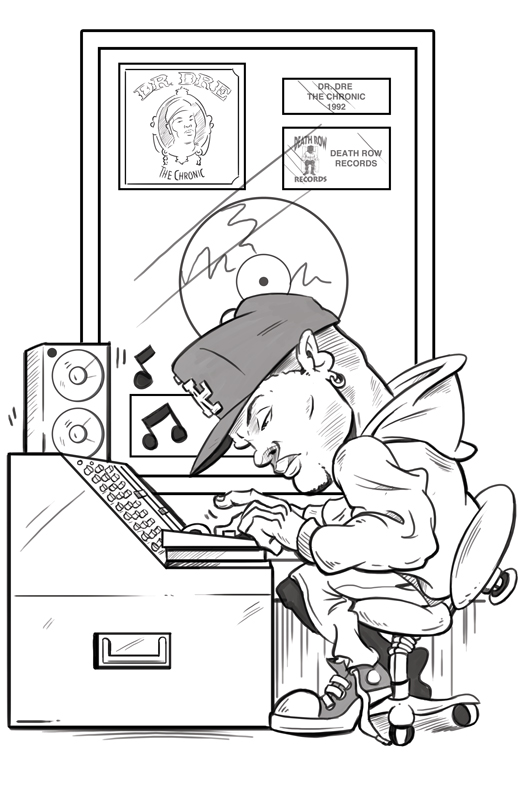 Everyone on Death Row Records worked, and they worked a lot. In just one year, the label released:

Above The Rim Soundtrack: 2x Platinum

Murder Was The Case: 2x Platinum

As well as multiple singles from artists such as The Lady of Rage that went at least Gold or Platinum within the same year. Today, this type of work ethic is commonplace for artists such as Drake or Lil Wayne, who each release multiple projects within a calendar year. In the 1990s, this was unheard of, even within the mainstream spectrum where every project had a proper rollout and marketing plan. Death Row Records flew by the seat of their pants so to speak, dropping project after project to a rabid audience begging for more. The music industry, and the rap/hip-hop genre in itself, was still evolving to new methods of distribution and access—and Death Row had the right backing (from Interscope) to help them along. They were outlaws that worked against the system, pleasing their fanbase, and finding success in making sure their releases were anticipated and consistently dropping. With a roster of over a dozen artists, that proved daunting—but they pulled it off, eventually inspiring the moves of other independent labels such as Cash Money Records and No Limit Records.

4. Created Jobs for People Who Had Been Incarcerated... For Better or Worse 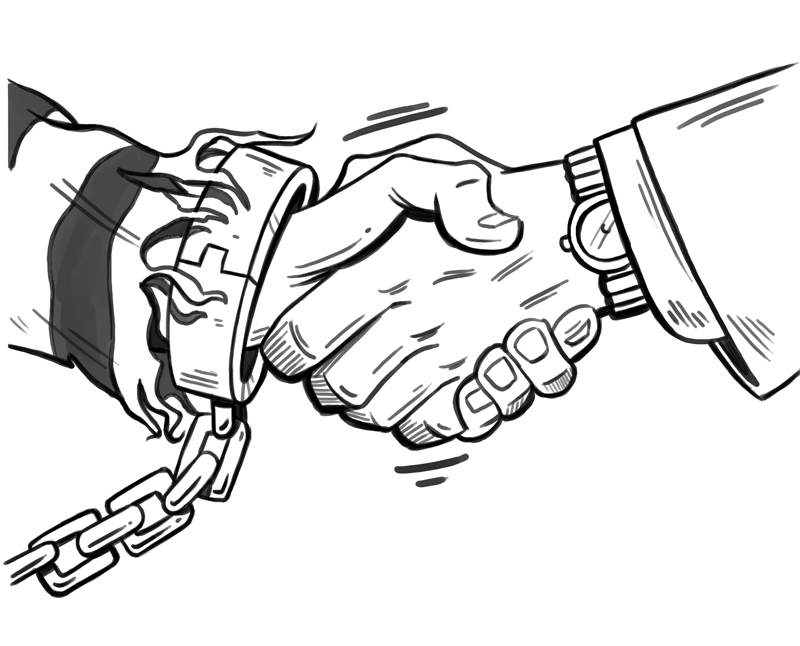 Former Death Row Records head honcho Suge Knight is a living enigma—charismatic businessman, cutthroat negotiator, and to some people, outright thug. But his efforts to give jobs to people who had been incarcerated and needed to get back on their feet was a noble act... that came with consequences. By staffing former convicts with office jobs, security, and the street team—the label had, for all intents and purposes, a full on task force that could handle any type of issues that they came across, whether blue collar or street level. It was a bright spot in the story of Death Row, but one that is quickly overshadowed by the inherent problems that arose from sticking people who had left the prison system right back into a turbulent world of fame, women, and vices.

5. Taught Us About Corporate Greed 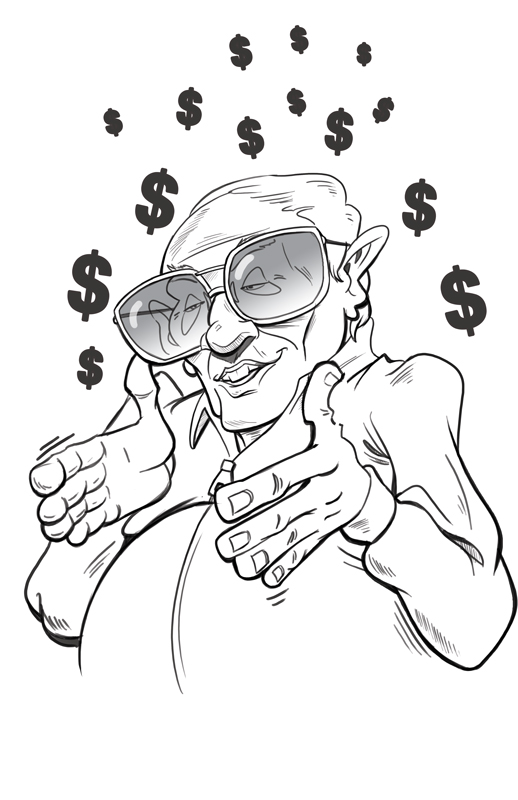 Even with congressional hearings, a looming war between two coasts, and a murky (maybe corrupt) upper management ladder—Death Row Records still found the utmost support from Interscope Records. Leaving their original home of Warner Bros. after pressure from congress, Suge moved the company there—where they were further allowed to create music—while cutting out some of their own artists. The greed of the corporate structure is at the epicenter of everything wrong with the way Death Row played out. By staying hands off, collecting the profits, and covering up any accountability, the big corporations who funneled money to Suge and Death Row were just as guilty for screwing over their employees and artists.

6. Controversy = Cash: Showed Us that Even Bad Press Is Good Press 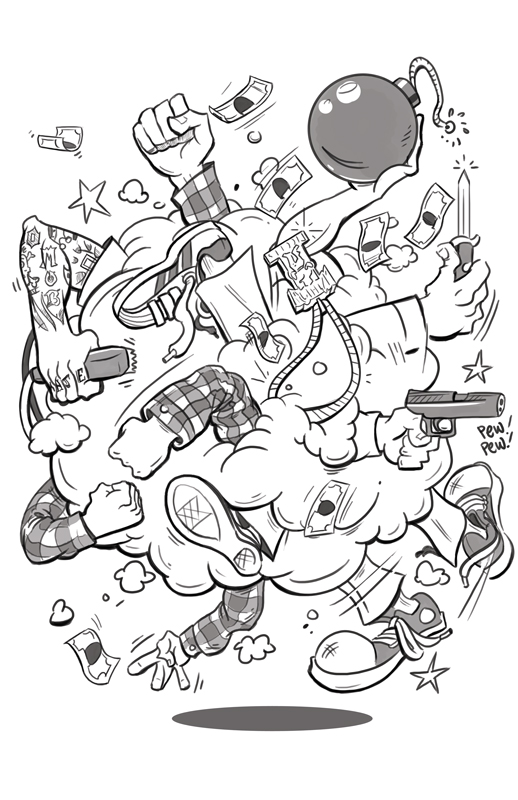 We’ve already established that Death Row Records was pretty much allowed to release and do whatever they wanted because of their success and importance to their parent company, Interscope Records. How? Because no matter how bad, their press always outshined their troubles. Violence and legal issues went hand in hand with the personas of their charismatic core of Snoop Dogg, Dr. Dre, Tupac Shakur, and Suge Knight. It was a soap opera that we never wanted to end—until it ended in tragedy. Death Row recreated the news cycle of the music—an industry that now thrives on beefs within media/newswriting for clicks and hits. Suge and his crew found the perfect storm of controversy, quality content, and legitimate fear—traits that kept mainstream audiences intrigued. Is it real, or fake? It didn’t matter, it was all compelling. The East Coast/West Coast beef had Death Row in the center, and they cashed out greatly for their role in it, years after the company folded. Kazie Holiday
It’s no surprise that this project has been a labor of love for our whole team—our brands intersect at telling a story of the underdog from the perspective of Los Angeles. Helping Death Row Records... Ben Hundreds
In anticipation of the The Hundreds X Death Row collaboration which drops tomorrow, I’m paying homage by releasing a mixtape with a few of my personal favorites, pulled directly from the ’90s archi...