Reebok Pump Court Victory – The year is 1989 and a seventeen year old from California came to Paris and smashed the competition. On the clay courts of the French Open was Michael Chang dominating the game with his monstrous thighs, a sick backhand, and in the Reebok Pump Court Victory. Reebok brings back an original colorway with the neon accents inspired by bright tennis balls. The subtle white uppers are a nice backdrop to the vibrant green; a perfect sneaker for those who want a bit of shine for the summer. 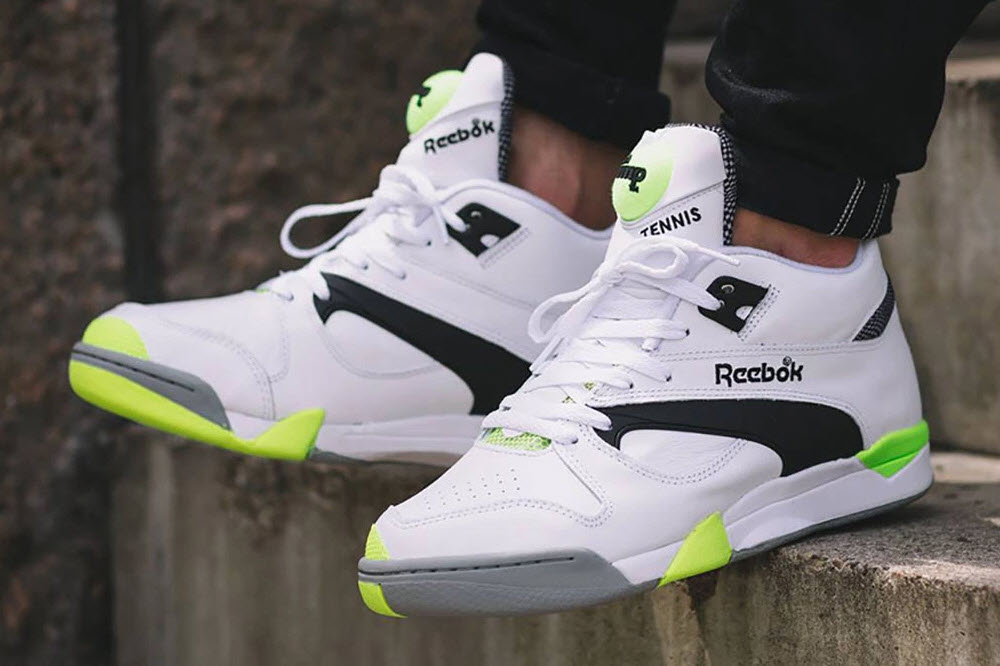 Medicom Toy 20th Anniversary – Medicom leaves the teens and hits twenty this season and they are celebrating in the most epic way. Look for the Japanese brand to team up with BAPE, fragment design, UNDERCOVER, Stussy, NEIGHBORHOOD, and STANDARD CALIFORNIA for an elaborate collection of graphic T-shirts. Classic iconography from the brands will be used across the collection, and expected to drop later this week, June 25. 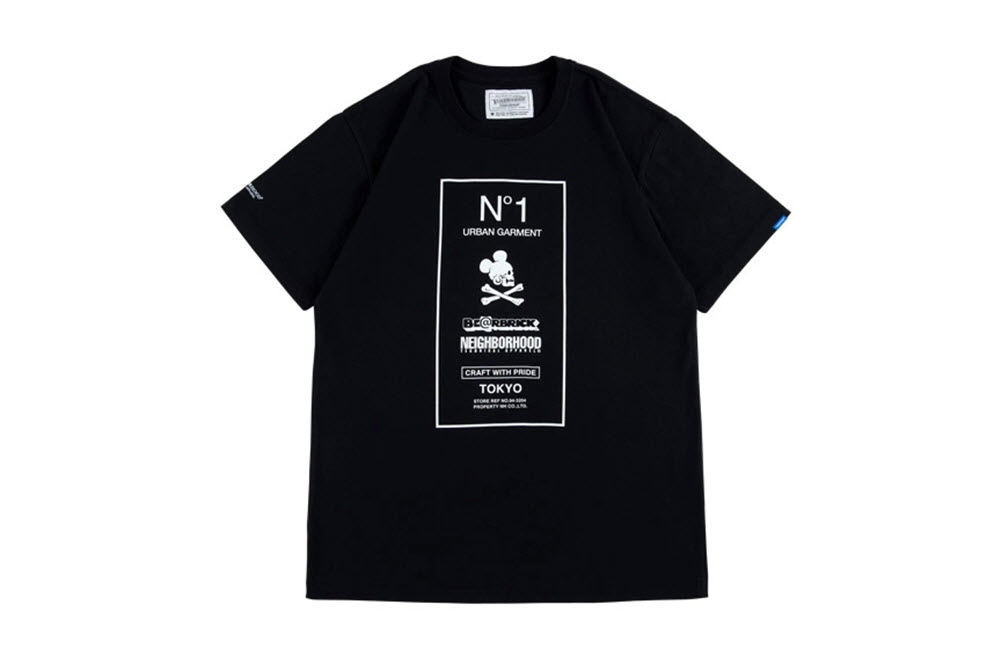 Hard Graft Sunglasses – Hard Graft is best known for their stellar attention to detail on their leather accessories for your beloved electronics, but with summer here Hard Graft tries something different. The brand issues limited edition sunglasses in olive green and grey with very special lenses. Using mineral glass, the lenses have a photochromic tint that darkens when exposed to sunlight and lightens when indoors. This retro racer-inspired sunglasses will be hitting stores tomorrow, June 21. 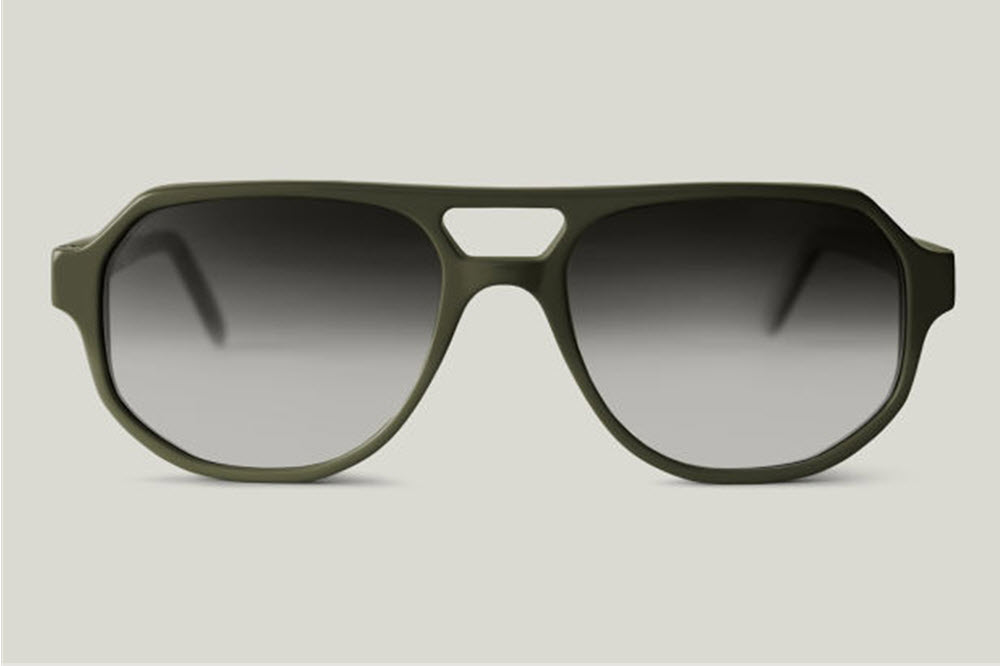 Nike LeBron Solider 10 – The shoes LeBron James won the NBA championships with will now be available as a NIKEiD. The Solider 10 were on James’s feet when he nearly nabbed a triple double during the loss to the Golden State Warriors in Game 4. The black and gold colorway proved to be good luck as the Cavs turned things around. This exclusive NIKEiD experience will start June 21 and will have a very limited duration in the Nike store. 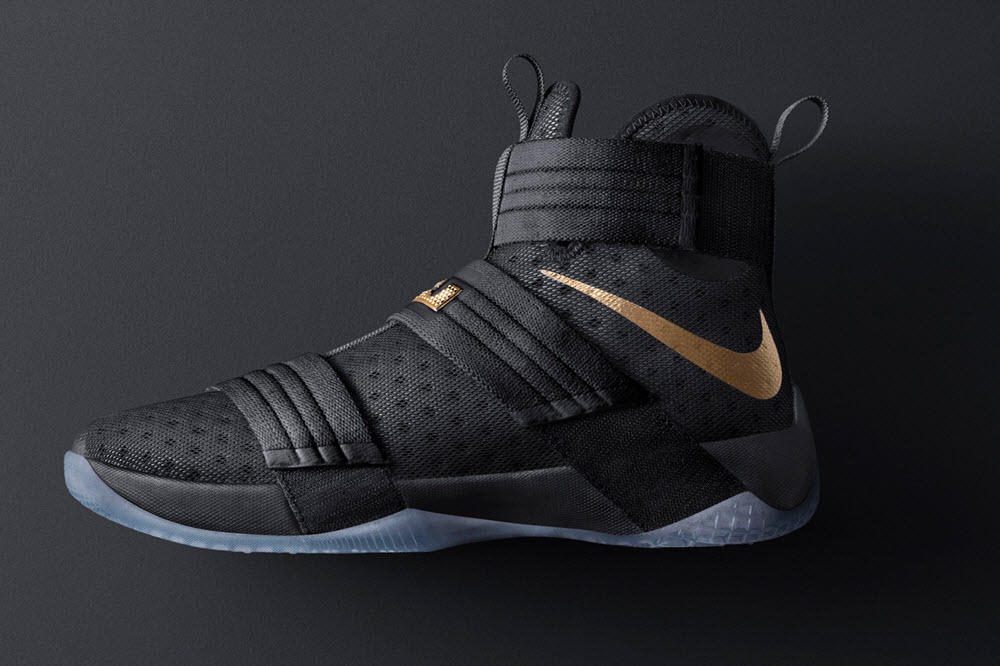 KAWS x Uniqlo – With the number of sell outs and re-releases, KAWS shows how streetwear and mass production can work hand in hand. What is noticeable about the recent release is that KAWS offers a new entry. Uniqlo has made available a three piece collection of canvas tote bags that feature popular KAWS graphics. Priced between $15 and $20, the KAWS totes are in Uniqlo stores now with the online store nearly depleted. 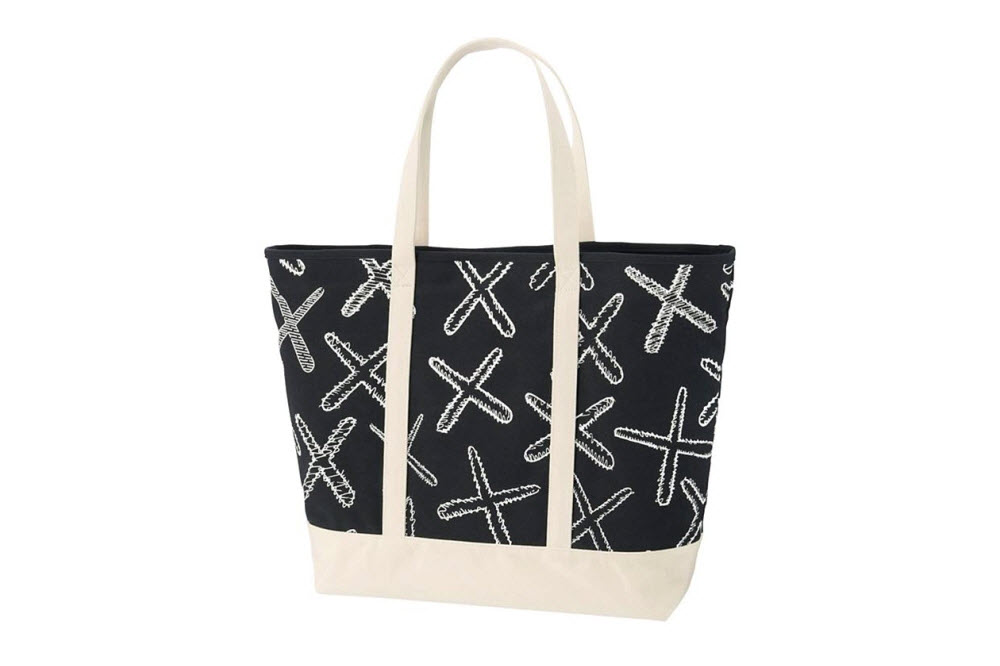 ASUS Zenbook 3 – ASUS is besting Apple by providing the thinnest ultrabook on the market with the newly-announced Zenbook 3. Measuring in with a thickness of a svelte 11.9mm, the Zenbook is going head-to-head with the Macbook and boasts much better specs. The entry level Zenbook 3 will come with an Intel i5 processor, 4GB of ram, and 256 ssd. Priced at $999, the Zenbook 3 is expected to hit retailers in early summer. 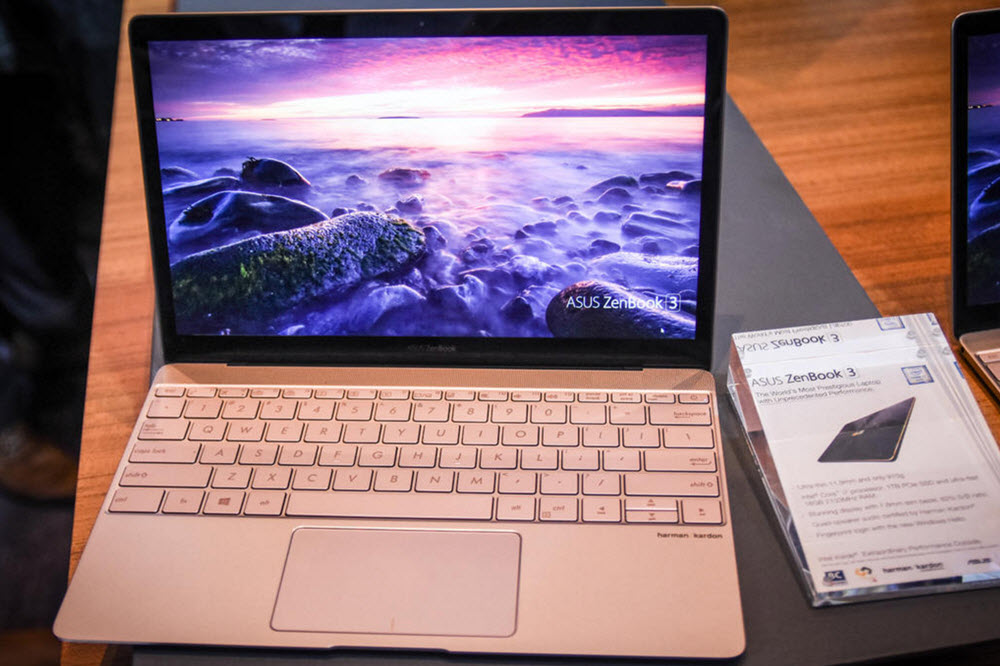 The Skateroom and Beyeler Foundation – Art Basel is coming and The Skateroom is taking this opportunity to create a limited-edition skatedeck collection with the Beyeler Foundation. Using two of Andy Warhol’s most famous pieces, the two deck collection will feature the re-printing of  Colored Campbell’s Soup and Gold Marilyn. In addition to these two Warhol replicas are other decks inspired by Warhol’s Self Portrait, Car Crash, and Last Supper. The pieces will be auctioned off with proceeds going to charity. 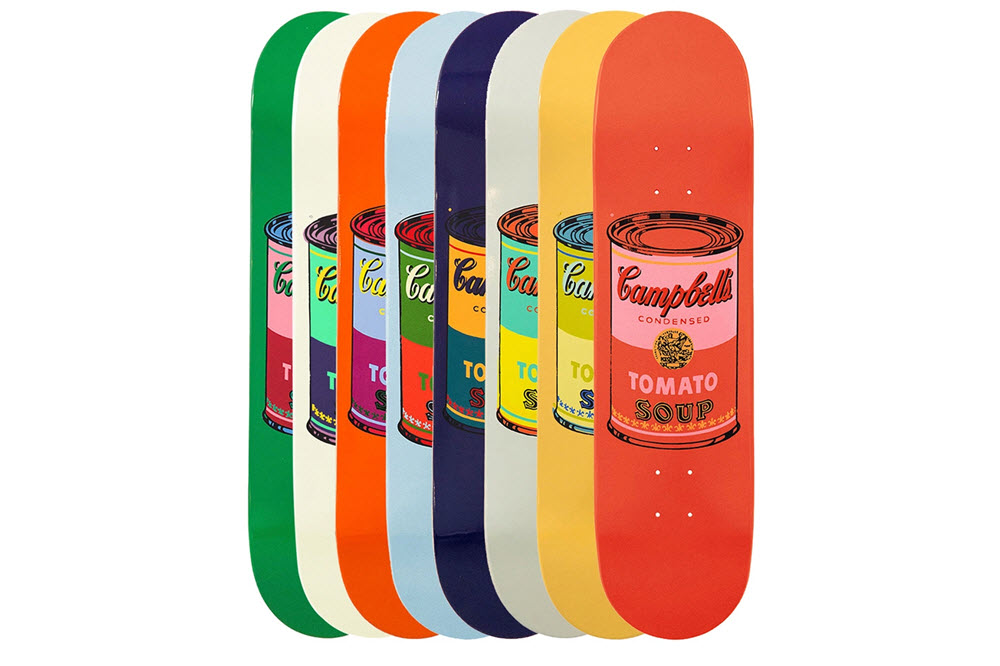 adidas NMD “Brand With The 3 Stripes” – In an effort to beat a dead horse, adidas has decided to release another rendition of the best-selling NMD. The silhouette is the same as previous models, and those little nodes are on the Boost sole, but the uppers are nearly unrecognizable. Gone are the famous three stripes and in it’s place is the Primeknit upper with the adidas slogan “The Brand With The 3 Stripes” in multiple languages. Expect this limited runner to drop at select adidas accounts in a few weeks. 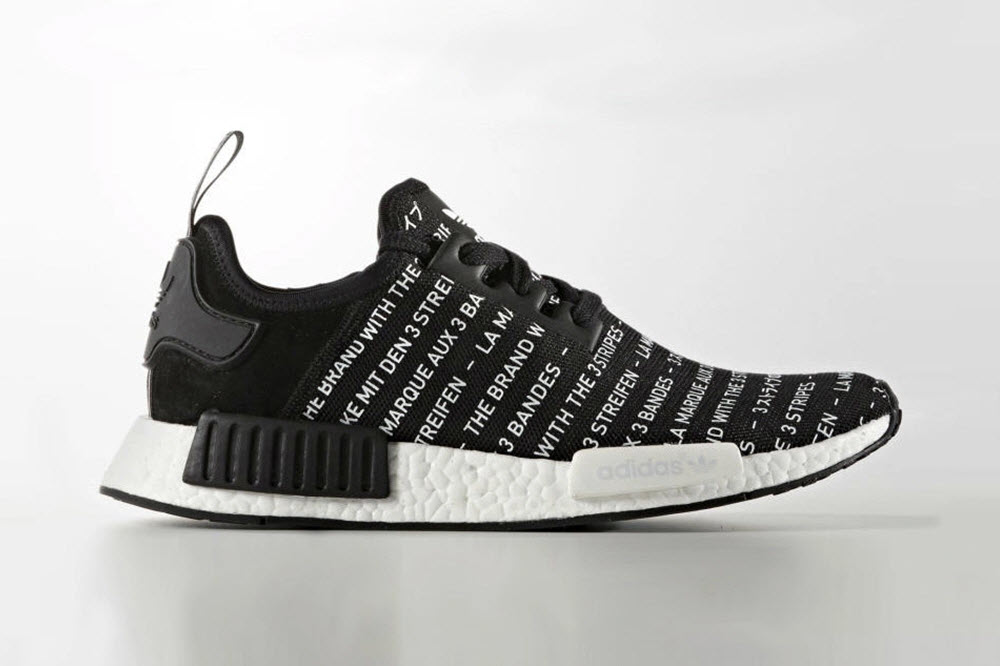