Taylor Stick x Mission Workshop Merino Wool Henley – It’s still nippy in some parts of the United States, and layering up is the way to go. Taylor Stitch continues their partnership with Mission Workshop to make a nice henley for those cool Spring nights. Using a thick 12.5 Merino wool, the long sleeve is temperature-regulating and odor resistant. The henley will also come with hidden back pocket, a button hole for headphone cables, and urea buttons made in Japan. The shirt is available for pre-order now for $88. 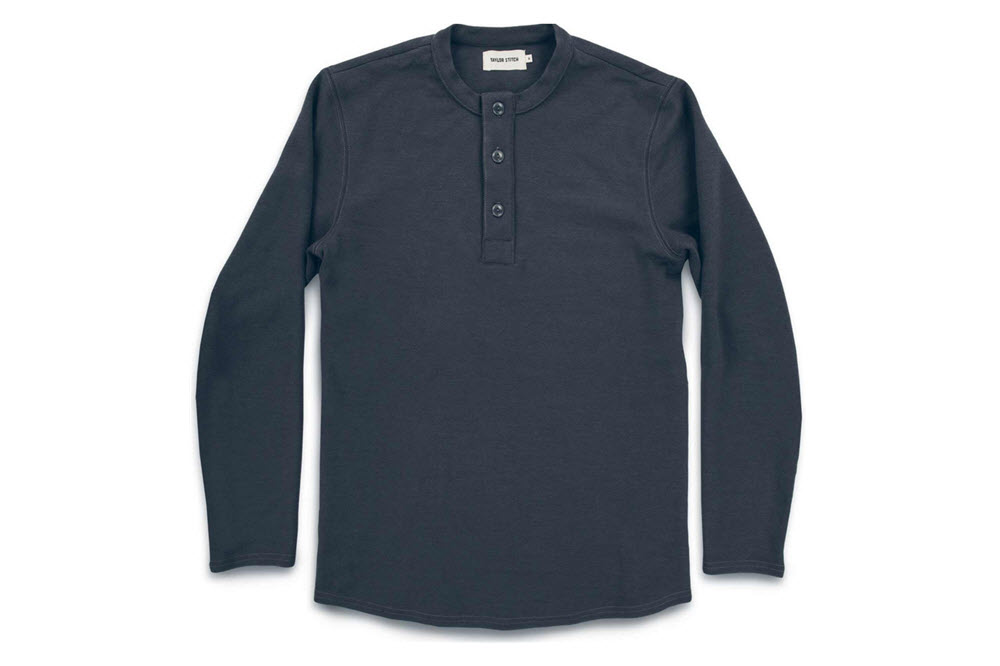 Roger Steffans for HUF – HUF kicks off Spring with a special project with Brooklyn born Roger Steffans. The accomplished photographer is also an author, lecturer, and reggae archivist that has amassed an archive of over 300,000 images. Four of these photos will be used for The Family Acid collection that celebrates music and culture from the ’60s. The assortment of graphic T-shirts are available in stores now, along with the HUF online shop. 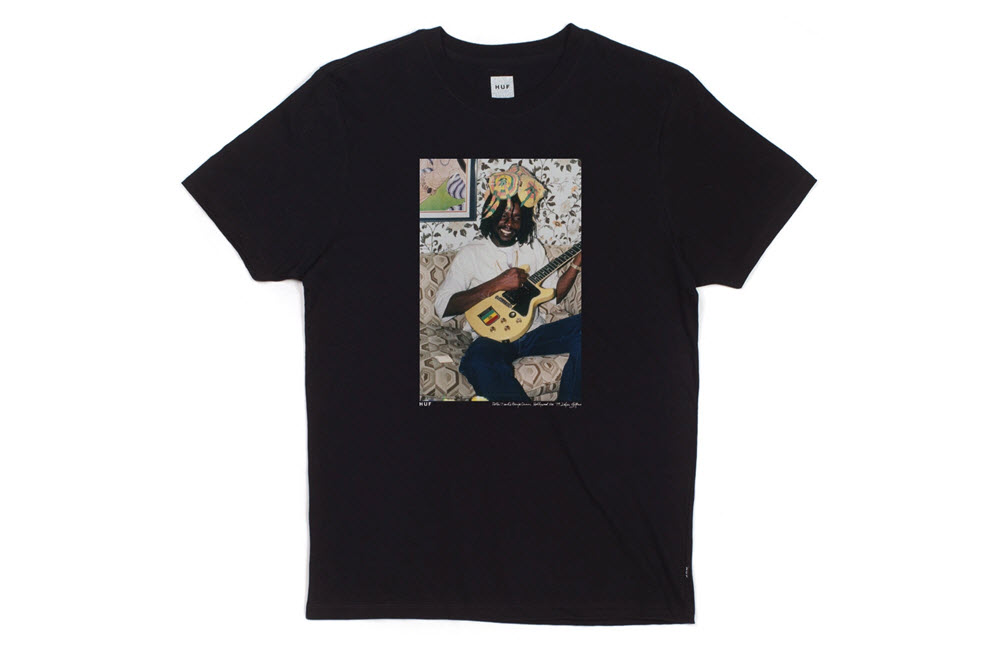 adidas NMD CS2 – The NMD family is going to get a bit bigger. The flagship-running sneaker arrives in a new City Sock model that is hot fire. The tentatively titled CS2 arrives with a slim and sharp knit upper sitting on the Boost sole. Noticeably missing is the two NMD blocks commonly found jammed out if the outsole to give the CS2 a more streamlined and futuristic look. Expect these eye-catching casual running shoes to drop next year around Spring 2017. 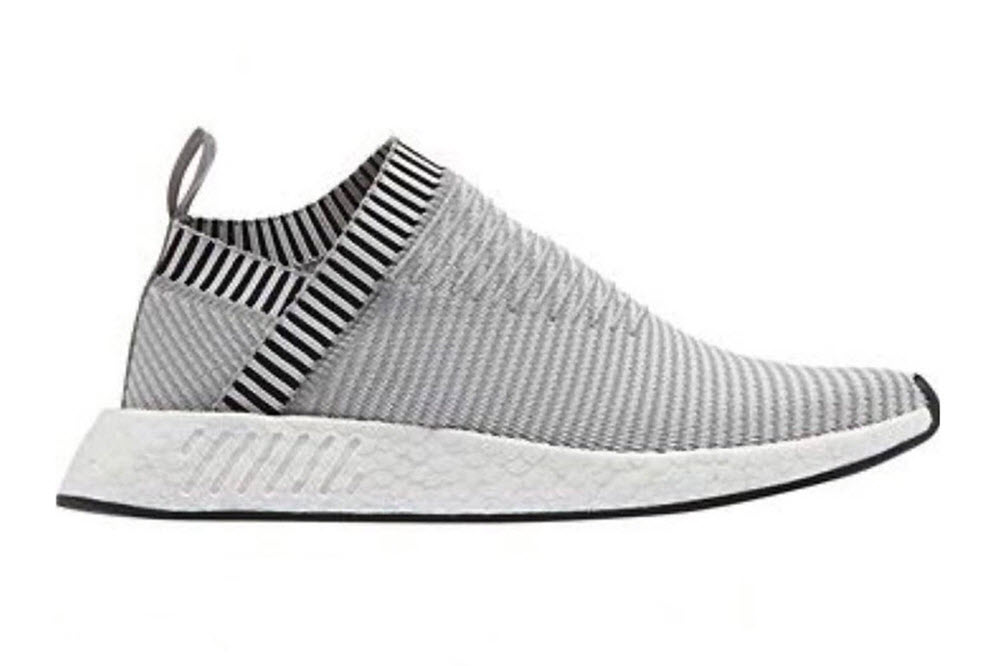 Xiaomi Yi II – For those that want a great action camera at half the price, the answer is Xiaomi Yi. The Original Yi has been a huge success and is being followed by a new model that combines features of the more expensive GoPro 4 Black and GoPro 4 Silver. The Yi II can record 4k video at 30 frames per second like the $400 GoPro 4 Black, and it has a touch screen found on the GoPro 4 Silver. This capable action camera is available for pre-order now for $250 and should ship around June. 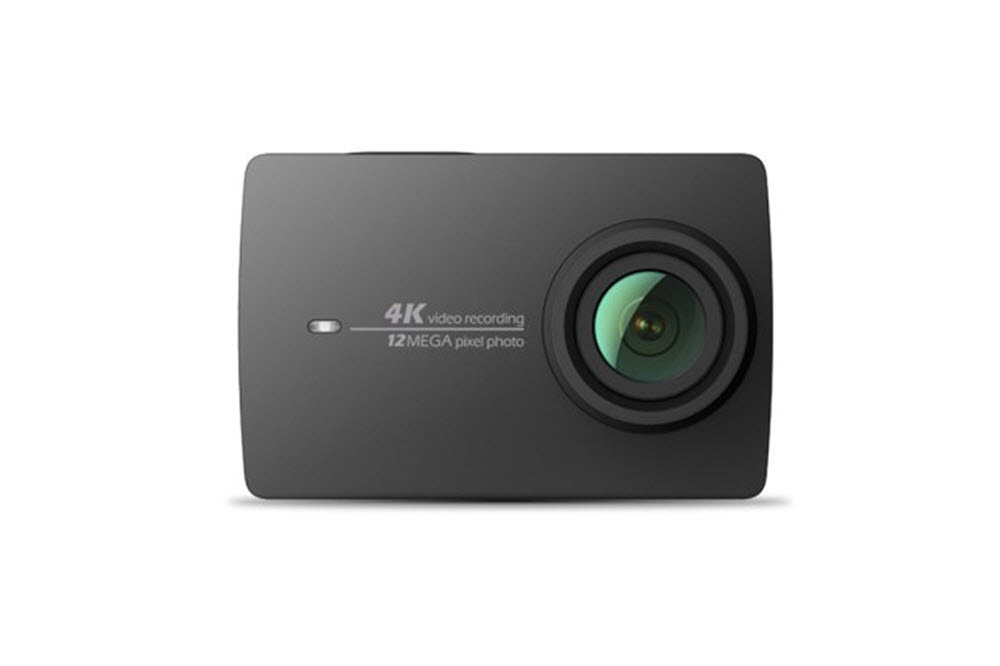 Palace x adidas Originals – Palace takes inspiration from Ukrainian gun runners for their latest collection with adidas Originals. Sweatsuits and sportswear take center stage as terry, taffeta, and fleece are used across light outerwear, polo tops, bottoms, hats, and a string of accessories. There are also some very Eastern-European style velour suits to finalize the collection. Expect the collection to drop in stores, and online, this Saturday, May 21. 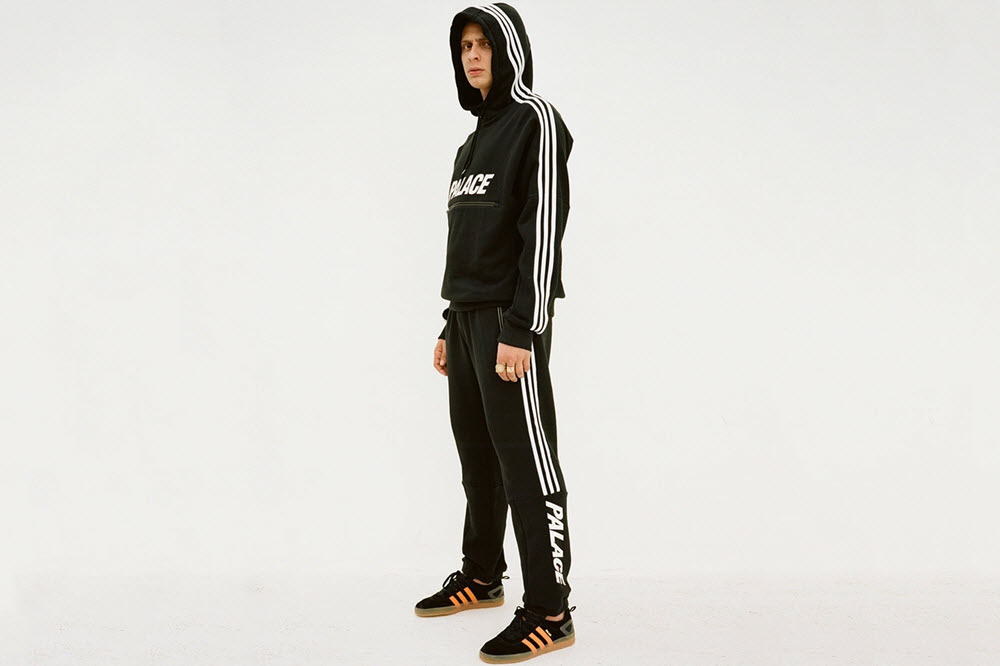 Nike x fragment design – Hiroshi Fujiwara has just turned one of the most basic basketball sneakers into one of the illest this season. The Hyperrev is updated in eye-turning colors, and the mid-foot strap features ‘FRGMT’ in a bright tonal bold. Look for this collaborative sneaker to arrive in Volt, Black/White, and a Light Grey with Navy. Expect the series to be very limited and available in stores soon. 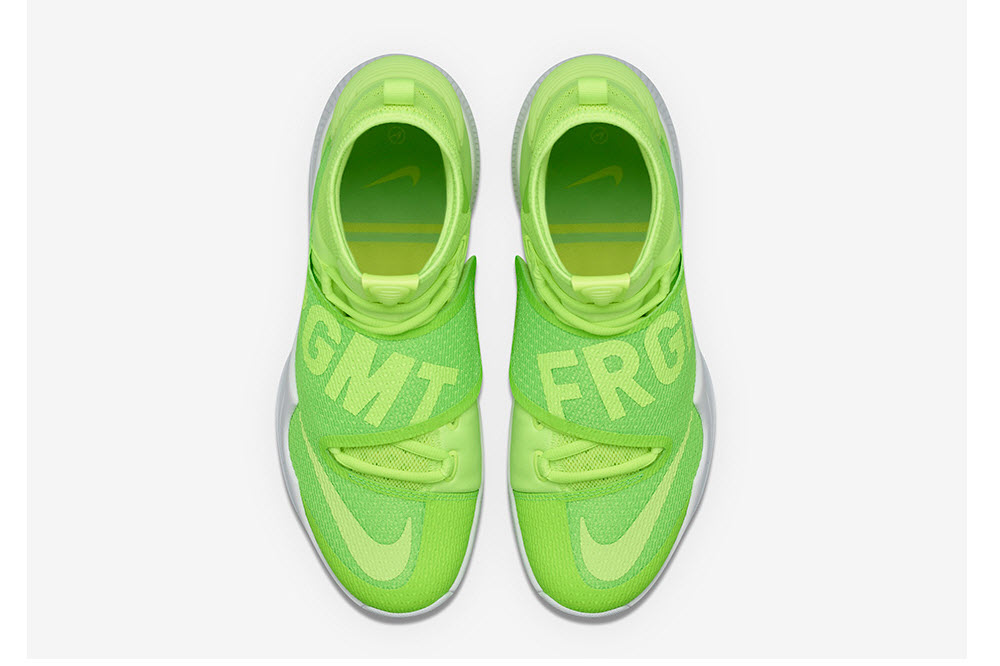 Parra for Colossi – Dutch bike maker Colossi integrates a bit of art into their frames with the help of fellow countryman and artist Piet Parra. The Italian-made Columbus SL is a double-butted bike frame that is painted in white with Parra adding large colorful cartoon blocks. The frames are set to retail for about $1,360, and each one is made to the exact specifications of the rider. 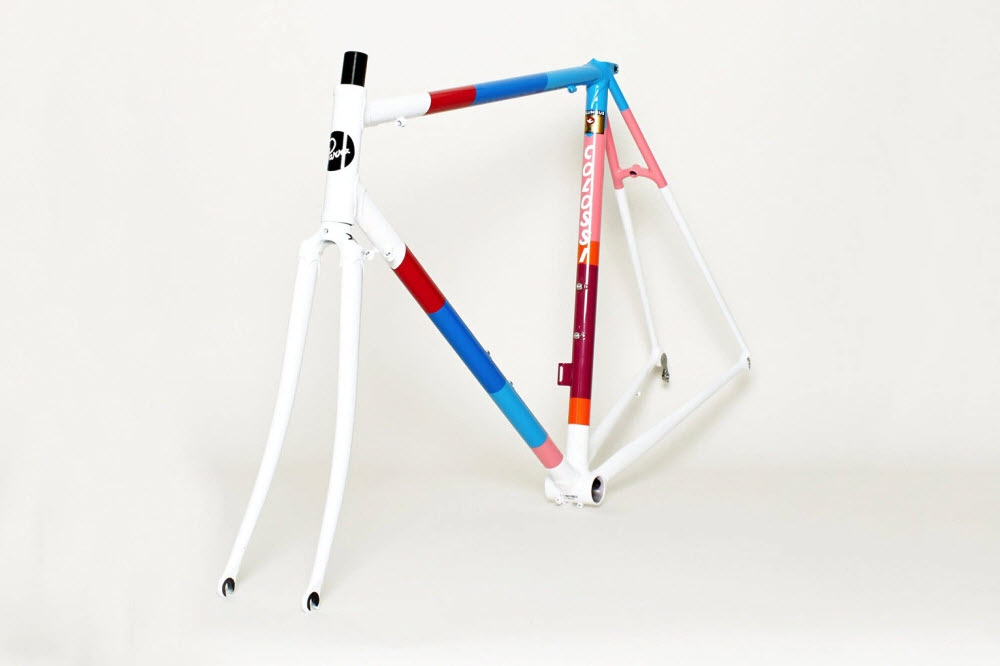 Casio Pro-Trek 7000 – Those that enjoy adventure in the outdoors will appreciate a watch that can take care of you. The Pro-Trek 7000 is an update to a classic with Tough Solar, Triple Sensor features, a carbon fiber second hand, LED/Phosphorescent illumination, sapphire crystal, a retrograde hand with tide graph/bearing memory/atmospheric pressure change/altitude change indication, carbon fiber insert band, and 20-bar water resistance. The watch is meant to survive nearly anything you throw at it and is available in stores this Summer. 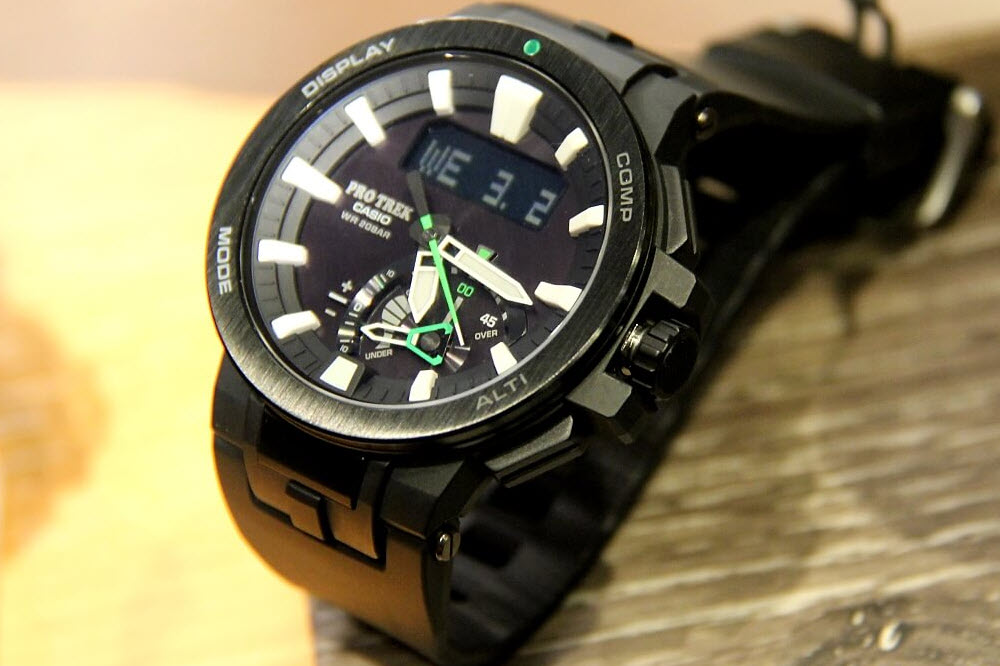