ACRONYM Spring/Summer 2015 – If you go nuts for technical gear, then you already know about ACRONYM. Hugh Errolson’s Berlin-based brand is going over ten years strong, and they’re sticking with the same recipe – the latest technical textiles and lots, and lots of black. The collection has always been centered around the outerwear, and it kinda seems like Errolson is running out of ideas. For one, the new J44-GT looks just like the J29. While there are similarities with previous collection, there is a host of new designs along with the employ of the latest 3L GORE-TEX PRO. Spring and Summer 2015 ACRONYM is great for dedicated fans, but when jackets cost $1000+ you’re better off hunting for used pieces off of SuFu. 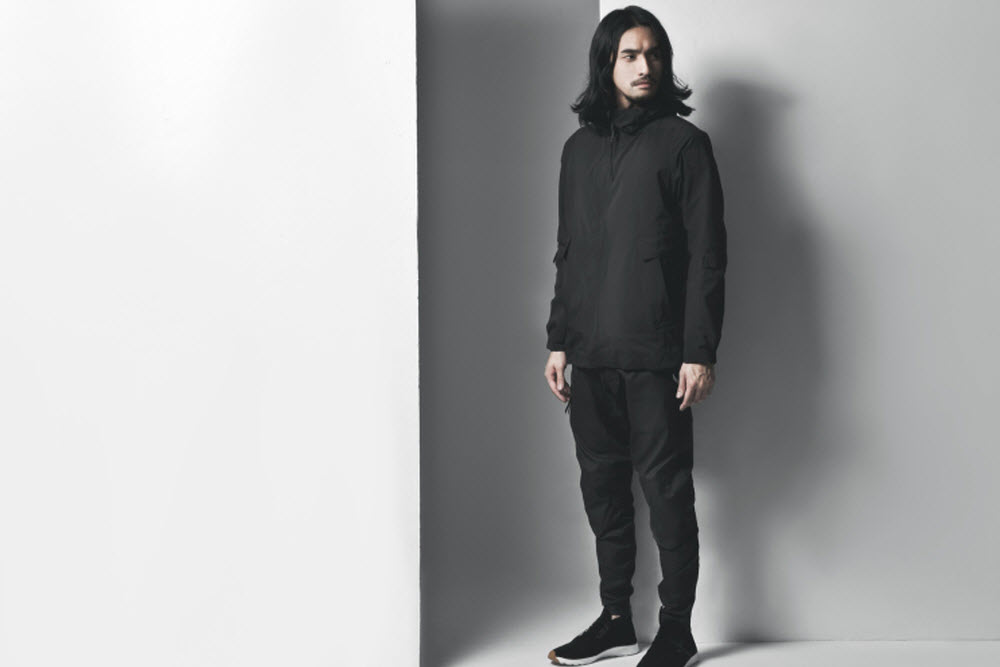 Buscemi PHD Backpacks – While most are satisfied with a canvas Jansport, there are many who prefer the finer things in life. Using the same Hermes-inspired design, Los Angeles-based Buscemi has added leather accessories to their leather sneaker collection. The PHD is crafted from premium tumbled leather, and the interior is lined with soft supple suede. In addition to the Hermes-influenced handles, the hardware also uses a rich metallic gold. If the PHD has caught your attention, then head over to the Buscemi online store and drop $2,750. 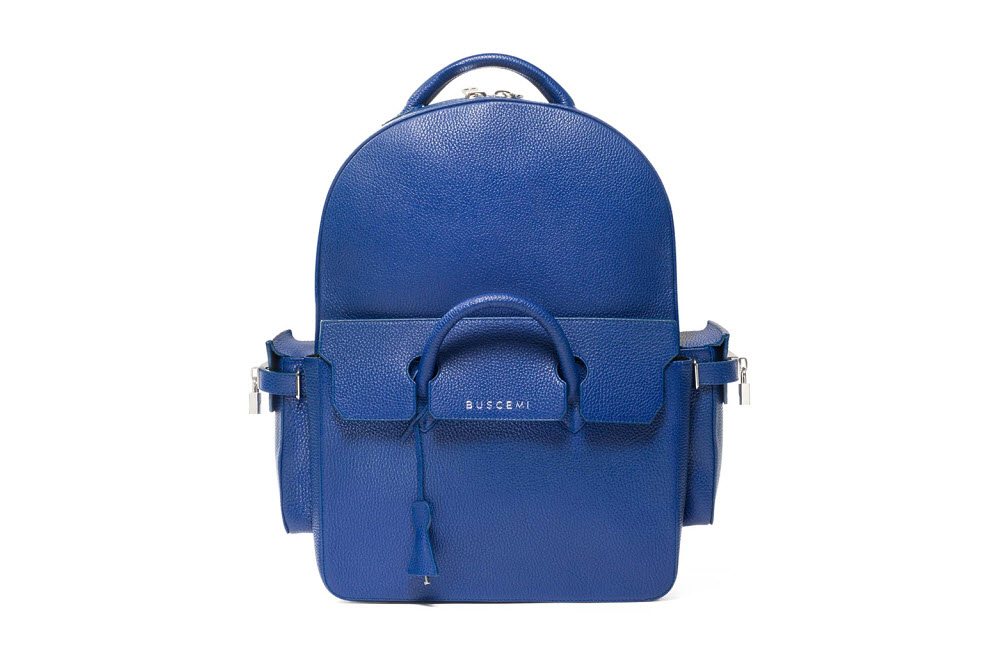 Yeezy Boost Low – In addition to the hot-selling Yeezy 750 Boost, Kanye West will also be releasing a low-cut version. While the 750 looks like a futuristic UGG boot, the Boost Low looks deceptively similar to Nike’s Roshe Run, and Y3 Qasa Low. Both of which are derivatives of the unconstructed silhouette from the Nike Presto. A soft, unformed upper is nothing new, and while the Yeezy may share characteristics with other sneakers, it is still a welcome addition for anyone who appreciates a casual low-top sneaker. 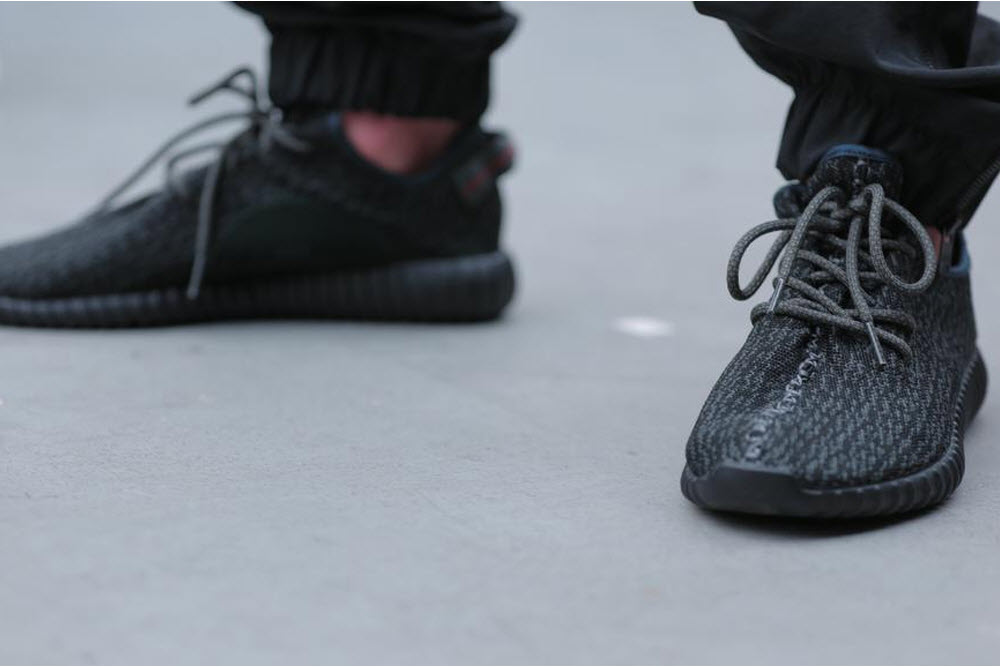 HUMAN MADE x Ebbets Field – Damn, who knew Ebbets Field had it like that? Outside of their jersey for The Hundreds, this archival sports company is best known for their baseball caps. It looks like Ebbets Field has more up their sleeves as they produce a beautiful wool varsity for Nigo’s HUMAN MADE. Using rich navy wool the jacket is based on vintage varsity jacket designs, and arrives with the highest quality manufacturing. In addition to the beautiful wool body the jacket also features custom chenille patches and nostalgic felt appliqués. 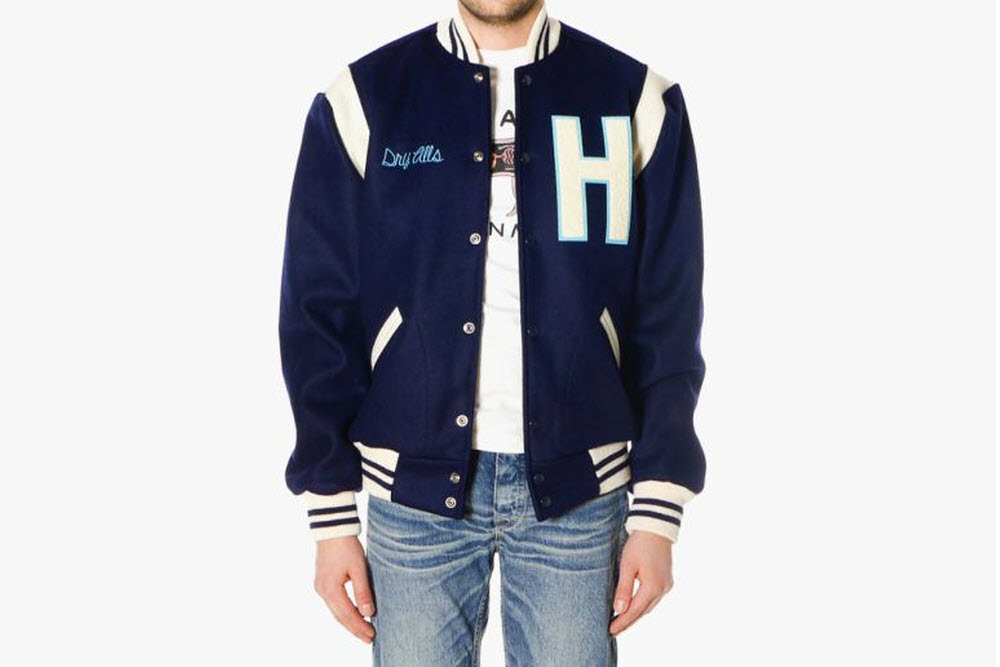 Mitchell & Ness Jordan 45 Re-Release – Rumors swarm whenever the “45” gets brought up. Did Jordan’s gambling problems force David Stern to remove the world’s greatest player? The truth is that none of this matters, because when Jordan announced his return all eyes were on him. The entire nation saw a changed man, and he came onto the hardwood rocking the “45” he wore playing minor league baseball. Though Jordan only wore the number for 22 games, Mitchell & Ness captures some of that magic from the 1995 season with this re-release. The jersey is set to drop this Thursday, March 19, with exclusive Mitchell & Ness partners. 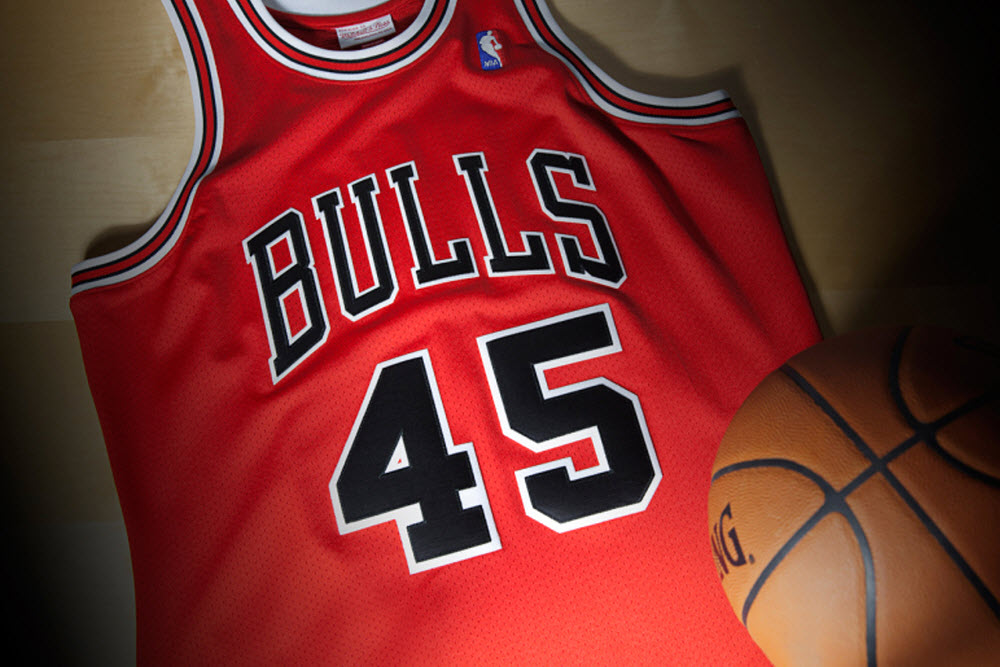 BornxRaised Spring 2015 Lookbook – What I appreciate the most about BornxRaised is that they managed to grow without changing direction. This West Coast brand is stronger than ever, and it’s not because they had technical sportswear or teamed up with the hottest accessories maker. BornxRaised’s Spring 2015 lookbook explains how a careful ensemble of graphic T-shirts and athletic fleece is all you need in streetwear. With design as the crux, the new collection possesses elements of the old, but it’s obvious that it stands strong on its own. 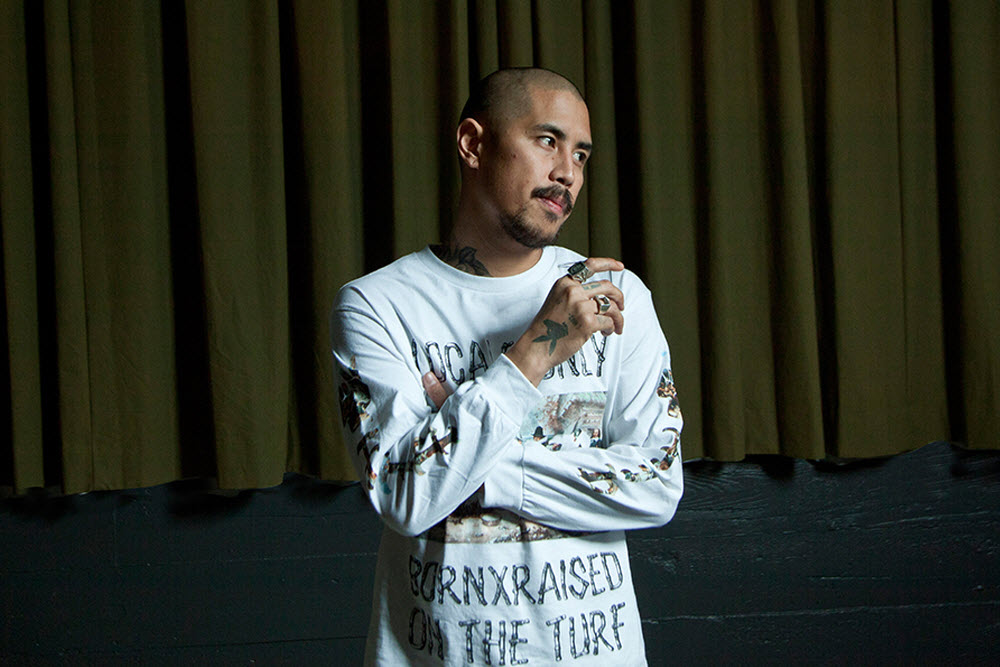 Lacoste L!VE x BAPE Capsule Collection – A Bathing Ape (BAPE) is staying busy this season and is following their collaboration with Undefeated with French’s Lacoste. The pique polos that Lacoste is most famous for arrives with the crocodile snagging the BAPE ape-head. In addition to Lacoste’s traditional staple there will also be a few crocodile motif full-zip hoodie, co-branded graphic T-shirts, and some accessories. The exclusive collection is set to hit BAPE stores Saturday, March 28. 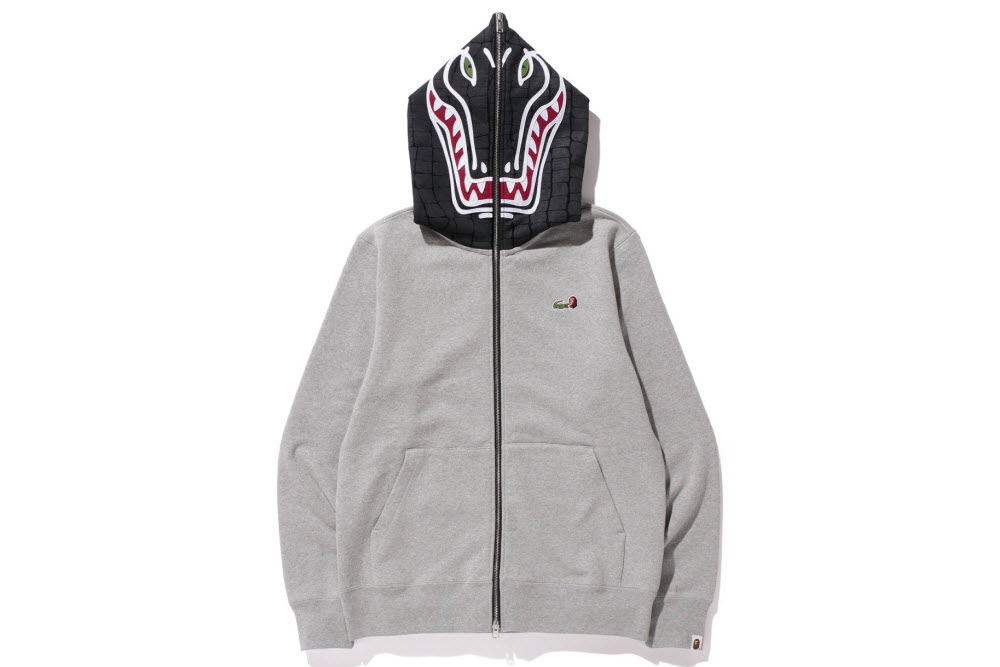 HYKE x adidas Originals – The adidas Superstar is an iconic sneaker that gets made over time and time again. From projects with NEIGHBORHOOD to BAPE, the classic silhouette is perfect for an update, and this time Japanese label HYKE takes a stab at it. Using the original white and black silhouette, HYKE choose a white python texture upper, and the original black leather three straps. The slight contrast in texture is enough to give the iconic shoe a discernible quality. Look for the HYKE and adidas Originals Superstar to be available now for around $190. 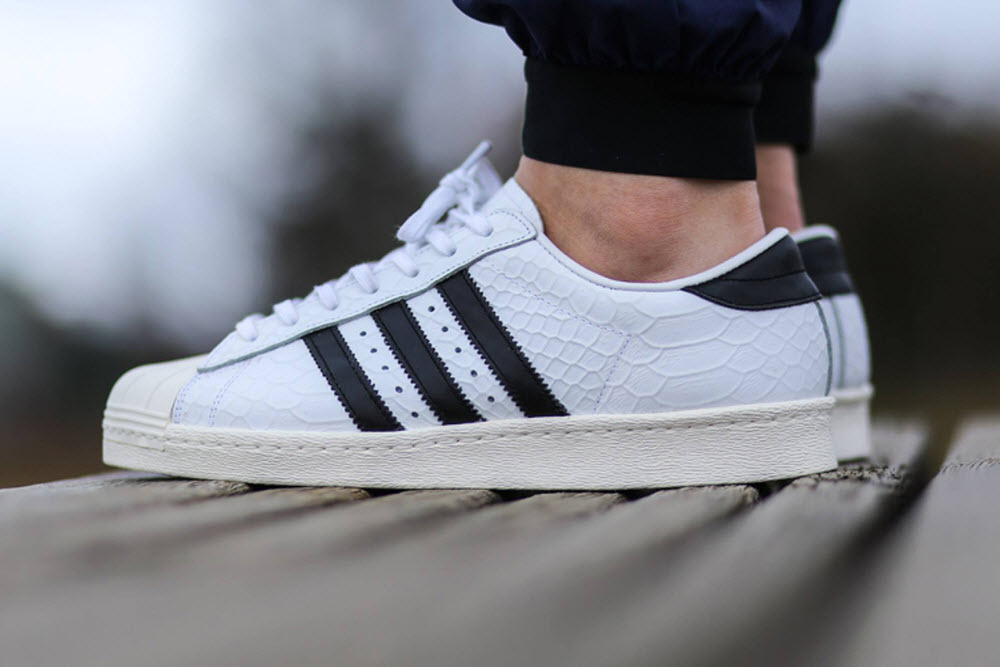