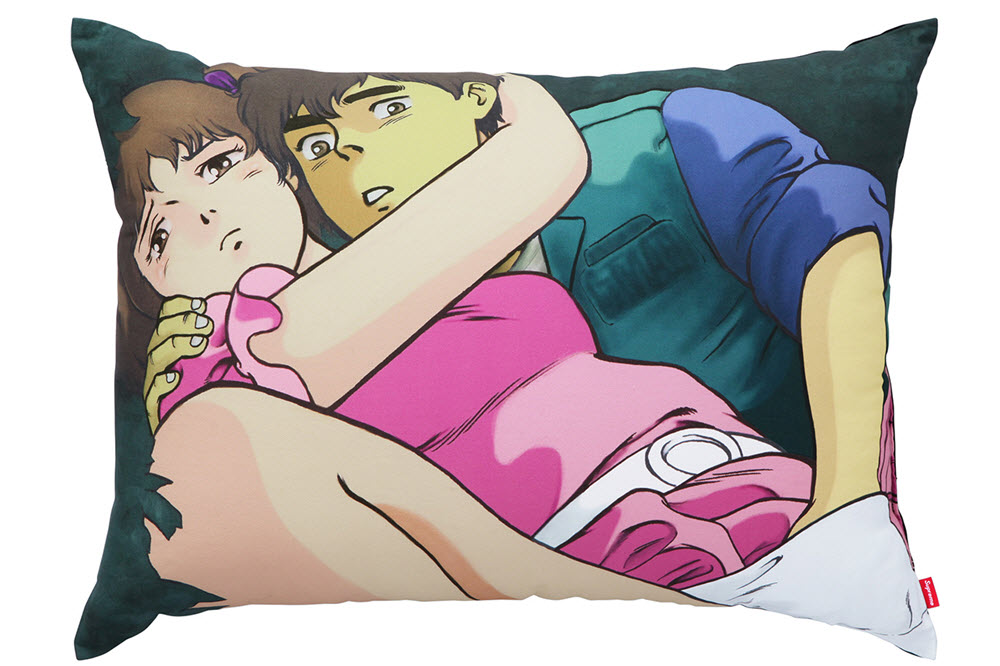 Air Jordan Retro 8 Aqua – As a long-time sneaker collector, the Jordan 8 was never my thing. It was the rich cousin of the Nike Air Raid, but over time, one color that stands out above the rest is the Aqua. The uppers are mostly back with a color-blocked charcoal heel that starts the rich turquoise, grape purple, and black sole. The chenille Jumpman patch on the tongue finishes off the unique-looking basketball boot. This original colorway of the 8 is set to drop this Friday at retailers as part of Nike’s Black Friday. 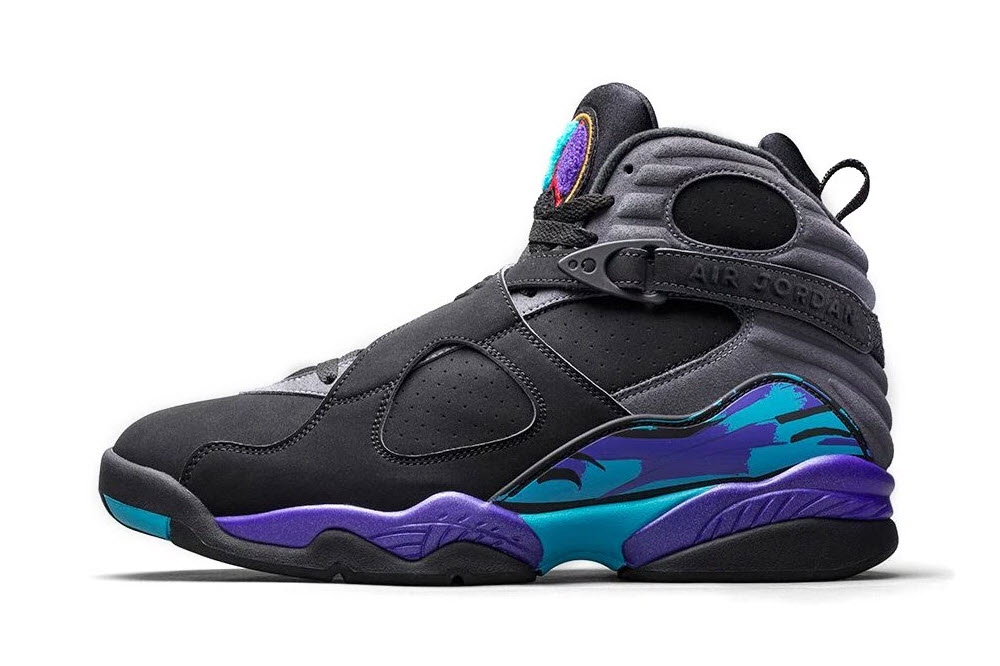 Rogue Territory for Woodlands – Rogue Territory finds a new client in Portland’s Woodlands brand with the creation of two beautiful workwear pieces. This collaborative collection starts with the Ridgeline supply jacket made from 10.10 oz. mil-spec cotton canvas with DWR coating. The durable coat can be paired with the Sashiko work shirt that benefits from triple needle construction and a heavy selvedge fabric from Japan’s Nihon Menpu Mills. These expertly-crafted workwear pieces are made in limited numbers and available now. 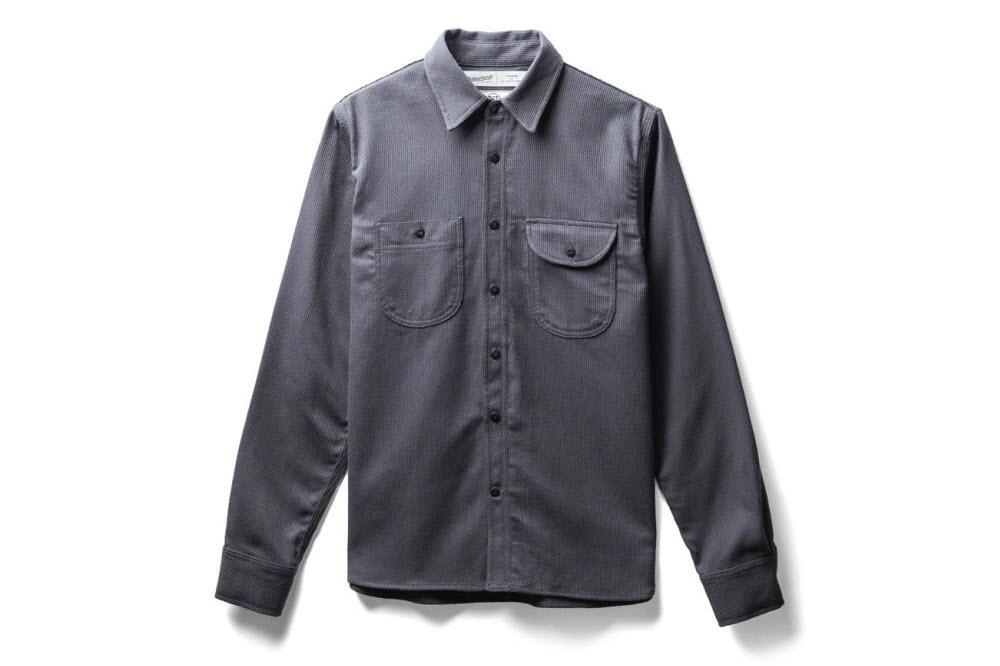 Samsung 2016 Clamshell Smartphone – Next year will mark the return of the clamshell smartphone as Korea’s Samsung showcases a premium flip-phone in their 2016 roster. The W2016 is equipped with two 3.9-inch 1,280×768 Super AMOLED touchscreens, a 16 MP back camera with LED streak, a 5 MP selfie shooter, a 2.1 GHz octa center Exynos 7420 SoC, 3GB of RAM, 64GB of capacity, 4G+ and double SIM support, and a 2,000 mAh battery. The powerful hardware is complemented by other flagship qualities such as quick-charging and wireless charging, and shares the same metal and glass construction as previous flagship Samsung smartphones. 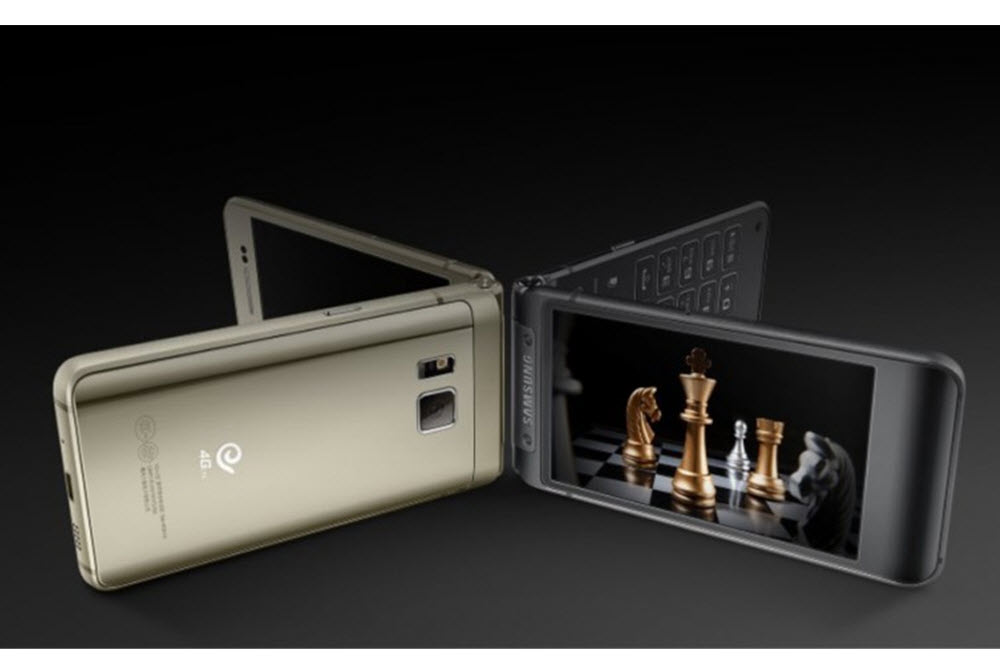 Levi’s x Unionmade – Unionmade’s penchant for authenticity has them getting Levi’s to dig deep into their library. The San Francisco-based men’s store is commissioning a pair of jeans from 1944. The 501 was originally released during World War II, and Unionmade wants all the details that made this pair of dungarees great. Arriving in a high-waisted regular fit, the jeans were some of the first to remove rivets and cinches—a wartime conservation measure—and feature surplus pocket bags, standard issues buttons, and hand-painted arcuates. 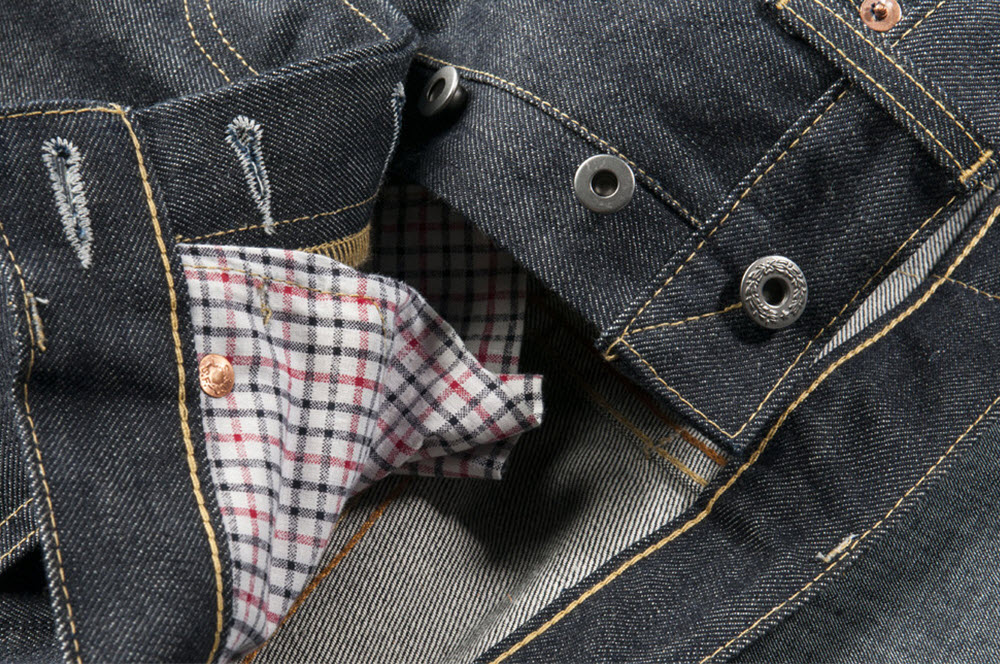 Reigning Champ Varsity Jacket – While Reigning Champ is better known for their fleece, the Vancouver-based company still has an appreciation for other traditional textiles, too. Look for three handsome varsity jackets to arrive with warm Melton wool construction against contrasting leather set-in sleeves. The varsity jacket  is available now, and is priced reasonably at $430. 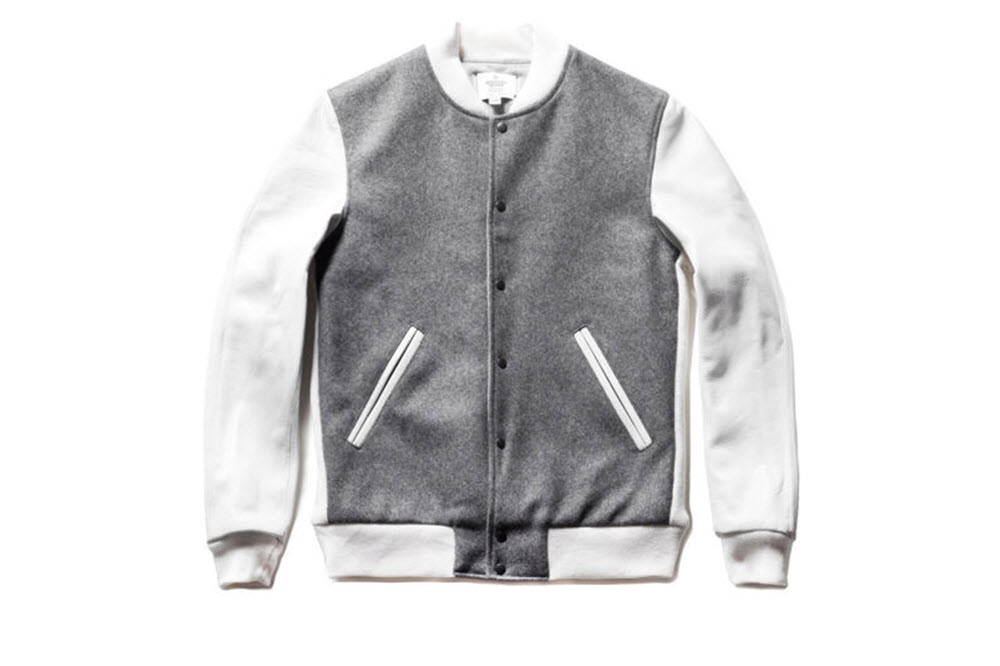 PUMA x A Bathing Ape with Mario Balotelli – With PUMA’s presence in soccer, the German sports giant taps Mario Balotelli for their highly-anticipated project with A Bathing Ape (BAPE). Using the classic BAPE camouflage, the collaborative collection is offered in key sportswear pieces such as soccer kits and track suits, but will also feature athletic fleece, T-shirts, and the fan-favorite Shark Hoodie. In addition to the co-branded apparel, the collection will also include the exclusive colorways of the R698 runner and the Disc Blaze. 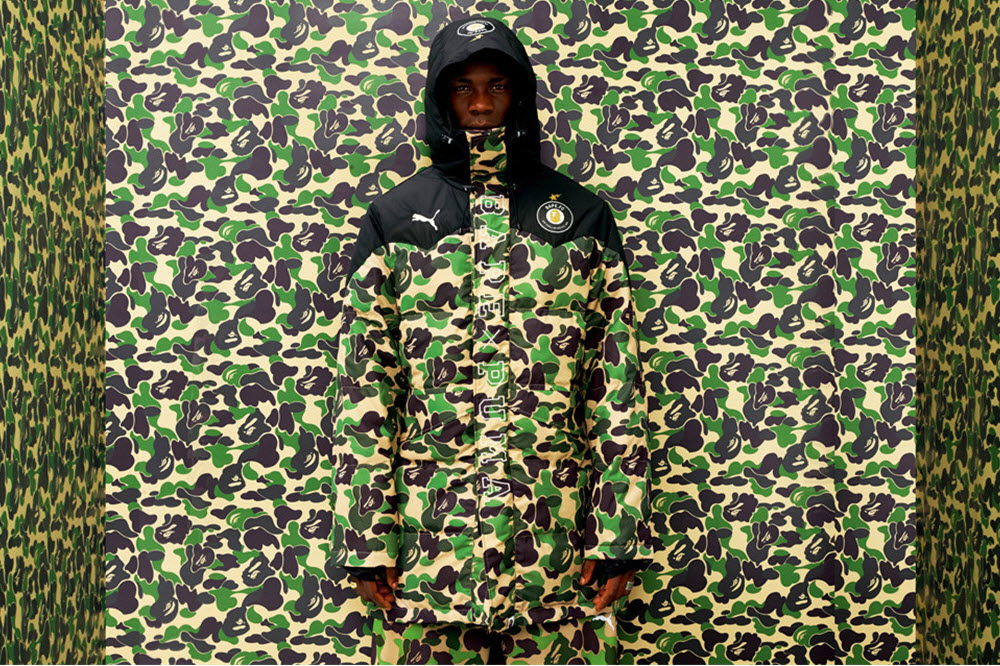 Hanon for Asics – Hanon has been on fire recently and they team up with Asics to help the Japanese brand celebrate their 25th anniversary. The Gel Lyte III arrives in a bright turquoise suede upper with sharp purple nubuck highlights. The colorway has been dubbed “Solstice” and is inspired by dark winter nights. The classic Tiger stripes on the quarter panel come with a bit of 3M reflective to give the runner a bit more accenting. Expect the exclusive runner to drop in stores this Saturday, November 28. 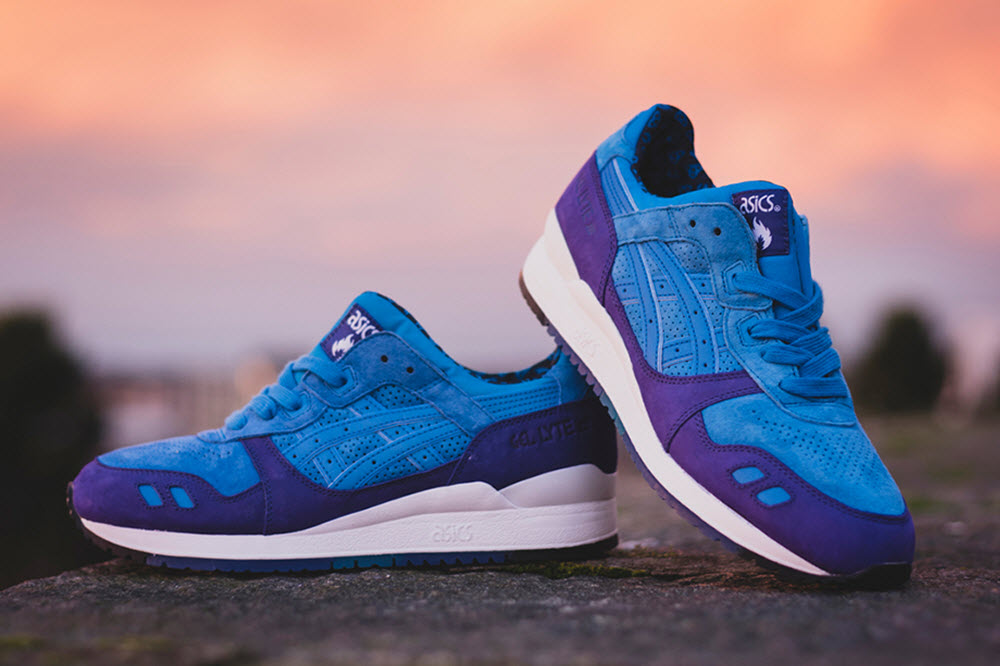 LOOKBOOK :: Back To The Hundreds III

The Hundreds Staff
The final installment of our Back To The Hundreds trilogy of collaborations is dropping tonight at 9 PM PST, and you won't be able to time travel back to the past if you miss out on it...

STOP THE SLANDER :: Movie 3 of Trilogy Isn't as Bad as We Make it Out to Be

Duke London
Everyone is so quick to bash the third movie in every trilogy. But is Movie 3 really the worst? We investigate...

The Hundreds Staff
Our collaboration with the Yale School of Art drops tonight at 9 PM PST and all proceeds are being donated back to the trailblazing art school...

YALE SCHOOL OF ART :: One of America's Oldest and Most Prestigious Institutions Looks Ahead to the Future

Duke London
Ahead of our collaboration with the Yale School of Art, we toured their gallery and viewed the incredible work of students past and present...
HIDE COMMENTS