THE FRUIT DOESN'T FALL FAR FROM THE TREE.

I travel the world and I know how fragile America’s position is as both a global economic leader and purveyor of Cool. Once upon a time, being American meant you were rich, powerful, the coolest, the strongest. It was a badge of honor and Americans waved that flag high. Nowadays, the U.S. is a punchline to the international audience. Our diplomacy (or lack thereof), warmongering, lack of education, and corporate greed haven’t helped. But even moreso, we really aren’t as Cool as we once were. Everyone has their own (and debatably better) version of Hollywood now, their own hip-hop, their own fashion – they don’t need America to dictate what to watch, listen to, or wear anymore.

But one thing we do have, as Americans, is Apple. It makes me smile when I’m riding the subway in Hong Kong, eating in a French cafe, or on a flight to Australia, and everyone around me is burying their face in an iPad or a MacBook. They may be wearing a British designer, driving a Japanese car, and eating Mexican food, but they’re still investing themselves into an Apple product – an American product. And there’s not much that is as profitable, and there’s certainly nothing in the world as cool, as Apple. 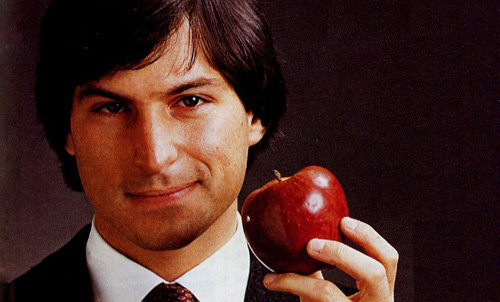 I’m not one to shed tears over the passing of someone I never knew, but Steve Jobs’ untimely death has struck close to home, and I’m sure many others who regularly read this blog can empathize. His story is courageous and inspiring: a college dropout who was adopted as a child, he founded the Apple personal computer in his parents’ garage, was booted out of his own company at 30, swallowed his pride and founded Pixar, avenged his bruised ego by returning to Apple and saving it with the iPod, the iPhone, and so on and so forth. He died of pancreatic cancer Wednesday at the age of 56, having built a loving family, jobs for 40,000 people, $8 billion in net worth, and changing the world forever.

My dad first brought home an Apple IIe at some point in the mid ’80s. Although my brothers and I used it primarily for Lemonade Stand, Karateka, and Stellar 7, it widened my eyes to the power of computers, before the advent of the Internet. Like all of you from Gen Y, we grew up with the personal computer, and as it changed and evolved, so did we – in a way, Steve Jobs’ work and creativity bookmarked our lives. We wrote school reports on these machines, discovered music through them, communicated with the world by them.

Beyond that, my appreciation for Steve Jobs’ work is largely due to his attention to design and detail, and the importance of image and branding. These are all unquantifiable attributes, repeatedly ignored and foolishly overlooked by so many other companies that cut corners, emphasize profits over emotional user experience, and ultimately choke their longevity. Steve Jobs didn’t have to hone in on the typography and kerning of his interface’s letters, it wasn’t mandated that he build streamlined modular devices reminiscent of Dieter Rams’ Braun products, and he certainly didn’t have to staff his stores with helpful, engaging employees that genuinely and patiently assist 70-year-old grandparents who know nothing about a computer “as long as it comes in white.” The technology was super-futuristic, sure, but it was the glass touch-screens and innocuous accents and iconic kitschy commercials with catchy off-beat singles that comprised the overall feel of Apple as cool yet friendly and familiar; as an extension of the home. (Hard to do, I can imagine, when your product is a stainless steel box that confounds anyone over the age of 40). Again, these are the things you can’t quantify or calculate in numbers or highlight in a powerpoint presentation. They’re based off the human response and all those magical, mythical, touchy-feely things that number-crunchers in suits and ties tell you are irrelevant. That’s why Steve Jobs wore a black turtleneck, blue jeans, and New Balances. He was human and thereby his product was human; and as it turns out, humans like to relate to other humans.

Apple’s first television commercial, for the Macintosh, entitled “1984” by ChiatDay and Ridley Scott… the Orwellian nod and direction by the Bladrunner filmmaker set the precedent of art and concept’s integral nature in the consumer product: