Must be time for another food blog, where I’ll introduce you to one more of L.A.’s best-kept secret eateries. Today, I had the city’s best Japanese ramen noodles for lunch. Surprisingly, it’s inside of a supermarket.

Mitsuwa is a Japanese chain supermarket with several locations throughout the Southland. The one in West Los Angeles is located on the corner of Venice and Centinela, and on a good day, is absolute pandemonium. Just to get into the store, you gotta Frogger through a retarded traffic jam in the parking lot. Don’t die. 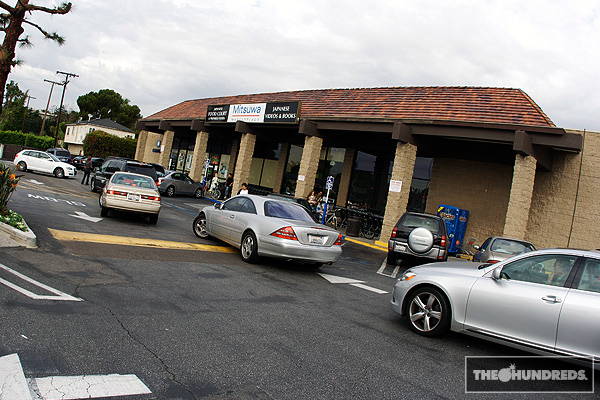 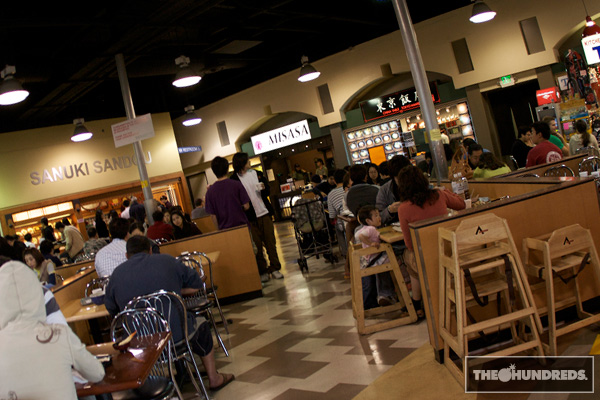 I can’t really vouch for the other joints inside the arena. There’s a decent katsu (fried chicken and pork) guy, some good udon/soba noodles, a tempura place..

But Santouka is regarded in the local Japanese-American community as having the best ramen noodles in all of L.A. Arguably, even better than Asahi and the other ramen shops a few miles away on Sawtelle. 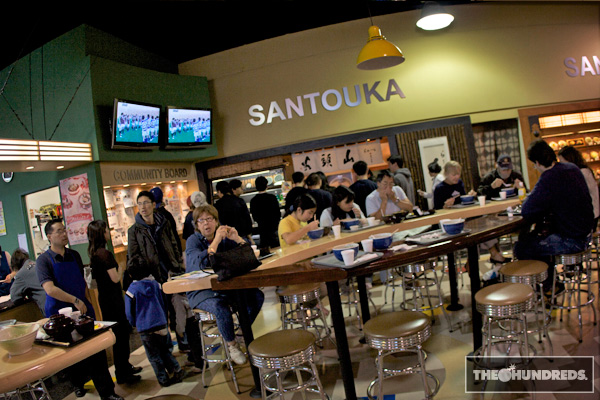 The menu is pretty straightforward. Ramen noodles, slightly different variations. One with pork, one in soy sauce broth, one with vegetables, I didn’t really understand much beyond that. Everthing and everyone is super Japanese-oriented here, so you may run into that language barrier. Which is why these wax food displays are good for smiling and pointing at. 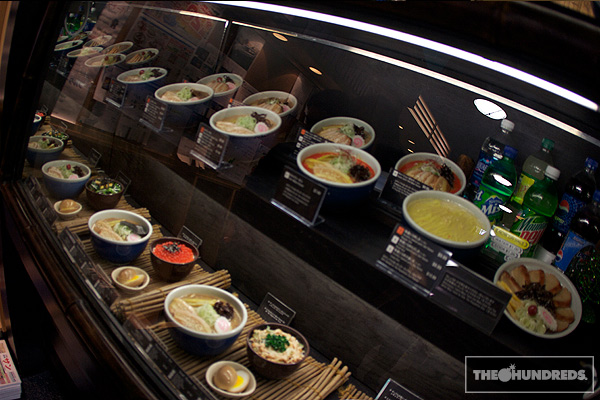 These wax menu recreations are really popular in Japan, most of the restaurants have them showcased as direct replicas of the signature entrees. I always wondered who were the talented artisans behind these carbon-copies, and how do you train to become such a craftsman? How do the restaurants ship the factory the original sample dishes to knock off? 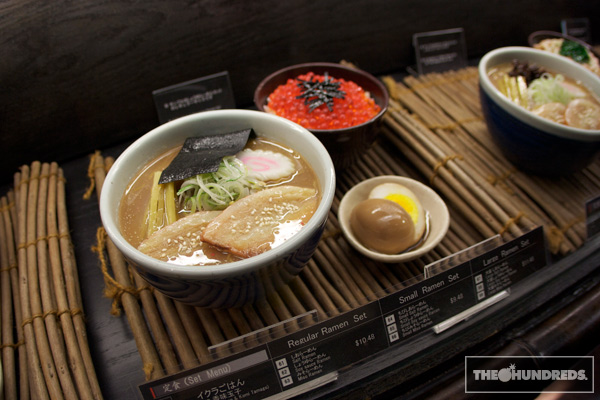 I smiled and pointed at Combo “C.” It’s salt ramen noodles with chashu(pork slices) and a side of nato (fermented beans) on rice. So let me explain this. Yes, this is ramen, in the same genus as the microwaveable dehydrated cube of Instant Ramen that you eat for breakfast-dinner. Except this is the souped-up (pun intended), gourmet version.

The broth isn’t the hot water + chemical packetformula you’ve grown accustomed to. It’s more like a creamy soup. Throw in a dash of red pepper and hot mustard for kick. The noodles aren’t crusty or soggy like the nuked variety. They’re al dente like fine Italian spaghetti. It’s bad manners to stab your food with chopsticks, but hold on, I have to take a photo of this. 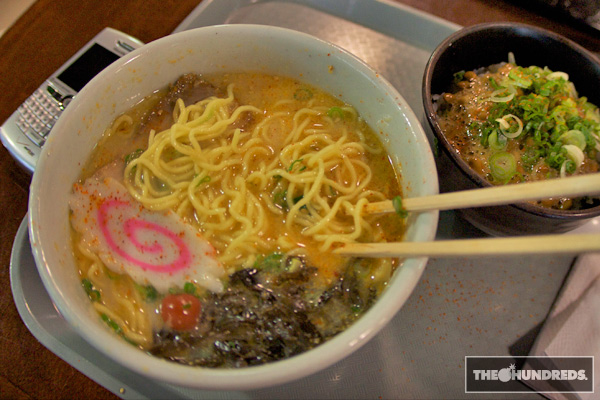 Afterwards, take a look around the market. There are aisles of rare Japanese candies and snacks, 43 different kinds of Pocky sticks, stock of nasubi (Japanese eggplant which, in a Japanese market, is probably just eggplant).. there’s a sidebar of bento (lunchboxes), onigiri (rice rolls), and sushi packs. 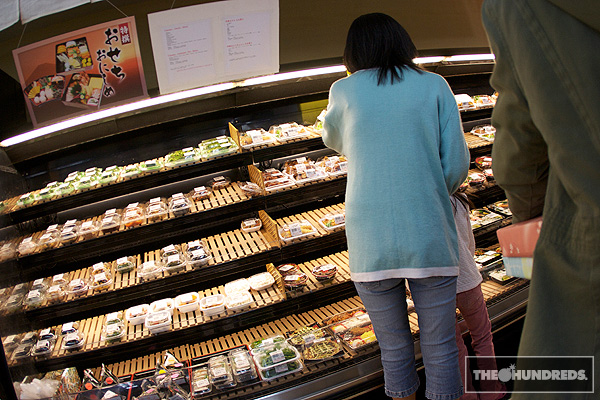