In commemoration of the 75th anniversary of Executive Order 9066, and in light of our president’s recent Muslim ban, we present the “Manzanar” T-shirt. Available in limited quantities exclusively for members of the The Hundreds Wildfire Association, which you can join HERE. 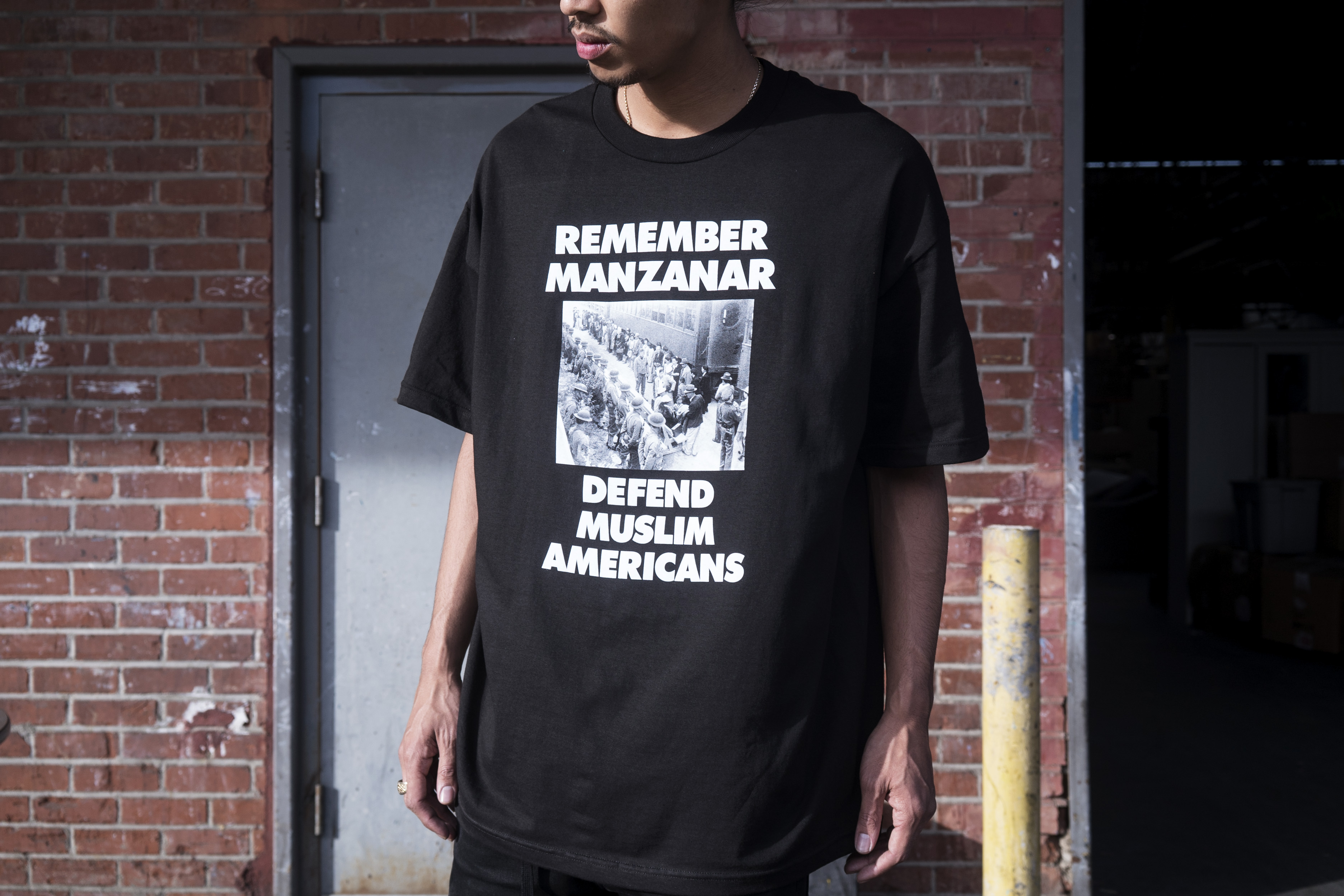 75 years ago this week, President Franklin D. Roosevelt issued Executive Order 9066, calling for the deportation and incarceration of 120,000 people of Japanese descent on the West Coast. Although we were at war with Japan, most Americans had stood faithfully by their Japanese-American neighbors, kinda the same way protestors have besieged airports over Trump’s Muslim ban. But, merely weeks after Japan’s attack on Pearl Harbor, popular sentiment changed. Although both President Roosevelt and FBI Director Hoover attempted to dispel rumors that Japanese-Americans were spying for the enemy, the media and American majority called for their removal. 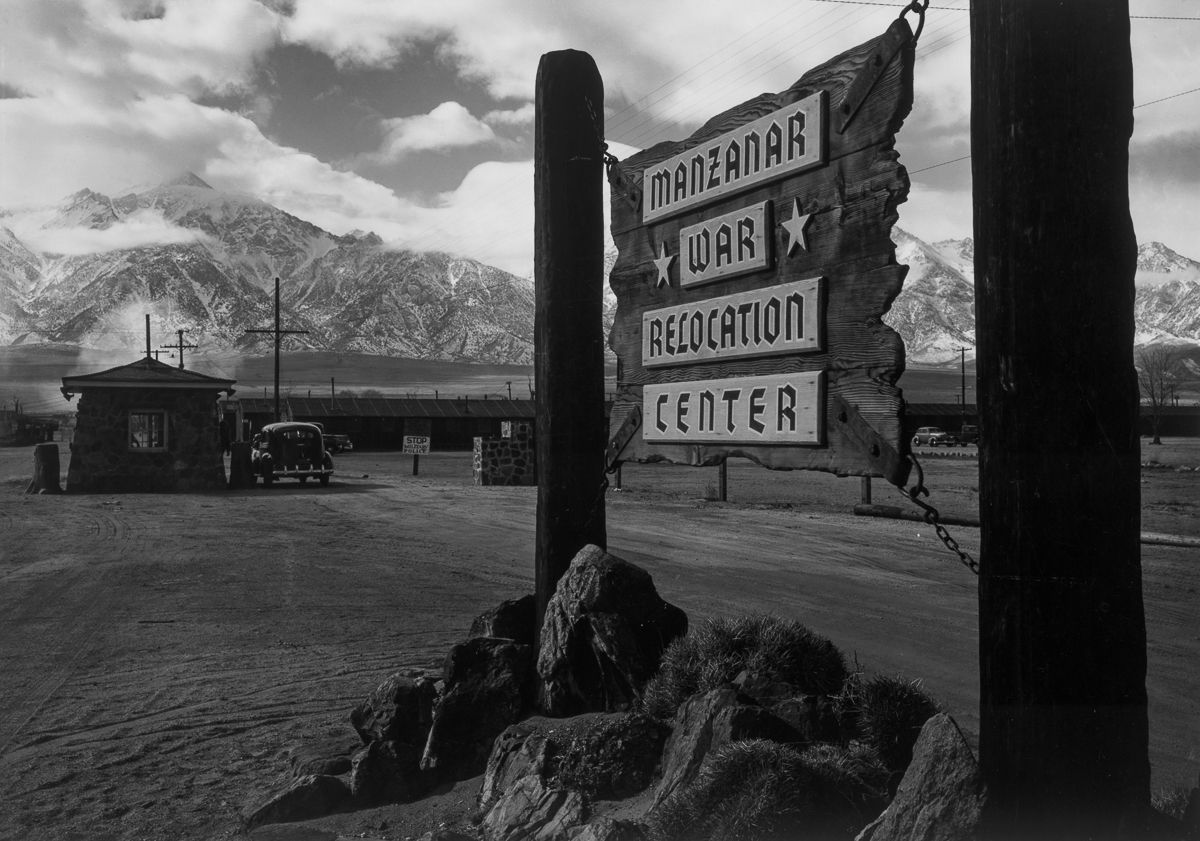 Image via The Library of Congress

In the Spring of 1942, the United States government began forcibly removing the majority of Japanese-Americans from their homes and businesses. Here in Los Angeles, my friends and family were uprooted from their shops and nurseries that line Sawtelle. These people—American-born citizens like myself—were given literally days to prepare for their evacuation. They were relocated to one of ten internment camps (Manzanar is the most well-known camp site, a long detour off the drive up to Mammoth Mountain. Over 11,000 Japanese-Americans were interned there from 1942 to 1945), most of which provided subhuman conditions. Four to five families at a time shared tar-papered barracks in the dry desert with communal latrines and open showers, slept on the dirt floor, and lacked privacy in partitioned rooms without ceilings.

In regards to Roosevelt’s Executive Order, the Supreme Court passed down two rulings, holding that while the eviction of U.S. citizens in the name of military necessity was legal, the incarceration was not. By 1946, all ten camps were shut down, and internees were handed $25. They returned home to find nothing—they were robbed, had their businesses stolen, and dealt with strong anti-Japanese discrimination that continued for a lifetime.

In 1980, under pressure from Japanese-American redress organizations, President Jimmy Carter opened an investigation. His commission’s report found little evidence of Japanese disloyalty at the time, declaring the incarceration a product of racism. In 1988, President Reagan signed the Civil Liberties Act, apologizing for the internment on behalf of the U.S. government, confessing that government actions were based on “race prejudice, war hysteria, and a failure of political leadership.”

Fast forward to 2016, a week after President Trump’s election, one of his prominent supporters went on Fox News and cited the internment camps as precedent for an immigrant registry. Trump, himself, told TIME in 2015 that he didn’t know whether he would have opposed the internment of Japanese-Americans. Although I believe the majority of Americans today stand by the Muslim community in the face of intolerance, I often wonder how fast opinion could turn in the wake of a disaster. As the son of South Korean immigrants, I watch the news on North Korea with trepidation, well aware that if we go to war, it will fall on my head—even though I’ve lived here my whole life and our family has nothing to do with that country. When I speak with my in-laws who endured the internment camps, I’m reminded that the lead-up to their relocation was not far off from how things are going now. This wasn’t in a movie, based on an event hundreds of years ago. These Americans are still with us today, and are no different than you or I—most all of us the descendants of immigrants.

Tomorrow, the Japanese American National Museum in Little Tokyo will be hosting a program and reception for the Day of Remembrance, commemorating the 75th anniversary of President Roosevelt’s signing of Executive Order 9066, “recognizing its continued relevance in today’s political climate and supporting civil and human rights for all.” We will be there to cover the event from 2-4pm, as representatives from local Muslim, Native, Latinx, Jewish, and African American communities, musicians, poets, and spoken word artists will be speaking before the outdoor rally at 3:30pm.

The “Manzanar” T-shirt was originally created by Bobby Hundreds for the group show “What a Time to Be Alive” in January 2016.