I don’t drink coffee. Never was a fan of the taste, if anything, I’ll have tea. Even if I did drink coffee, I don’t think I’d be entirely keen on Starbucks (Do they have Pure Vanilla at Starbucks?) In fact, with over 15,000 locations worldwide, after having drilled so many mom-n-pops into the ground, and all the other sorts of controversy that comes with being the epitome of a multinational corporation, Starbucks does have more than its share of unfavorably corporate attributes.

But as far as branding and story goes, Starbucks is an awesome behemoth. 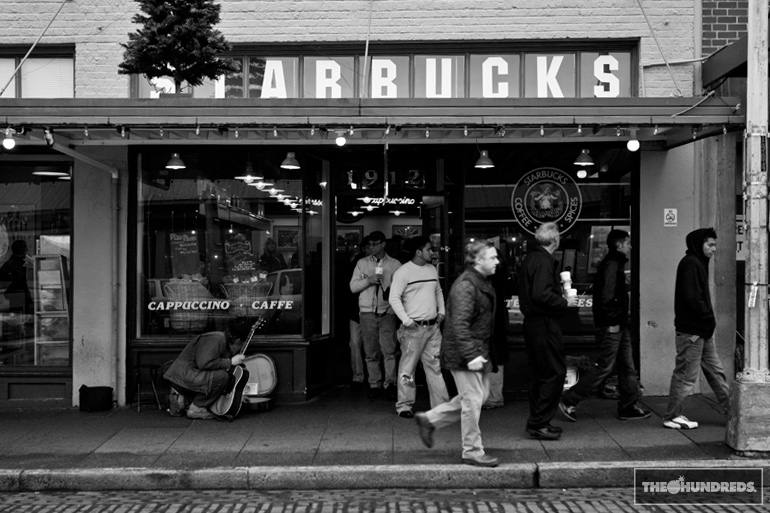 While in Seattle today, we stopped by the original Starbucks location. Yes, store #1 – in Pike Place. The first Starbucks was founded in 1971 by 3 partners, the name borrowed from a Moby Dick character. Their idea was to sell coffee beans and machinery, even against Howard Schultz’s advice (who came onboard later and eventually ended up taking over the company) that they should sell coffee and beverages. Years later, they agreed with Howard, and the Starbucks you know today ignited. 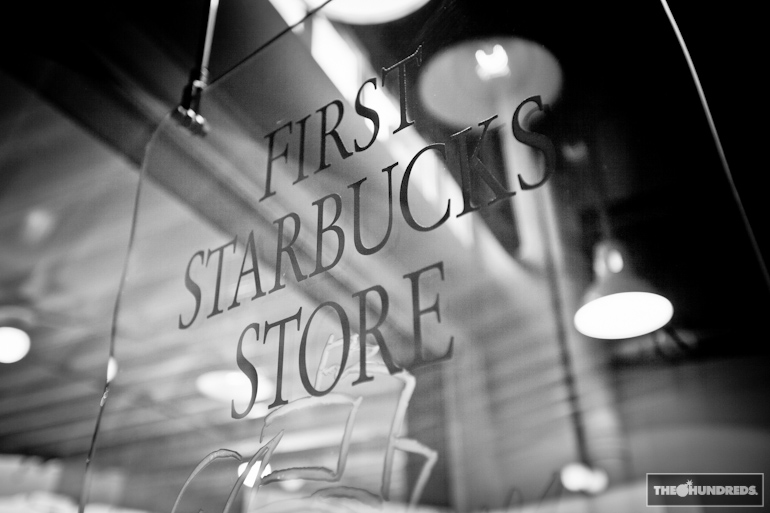 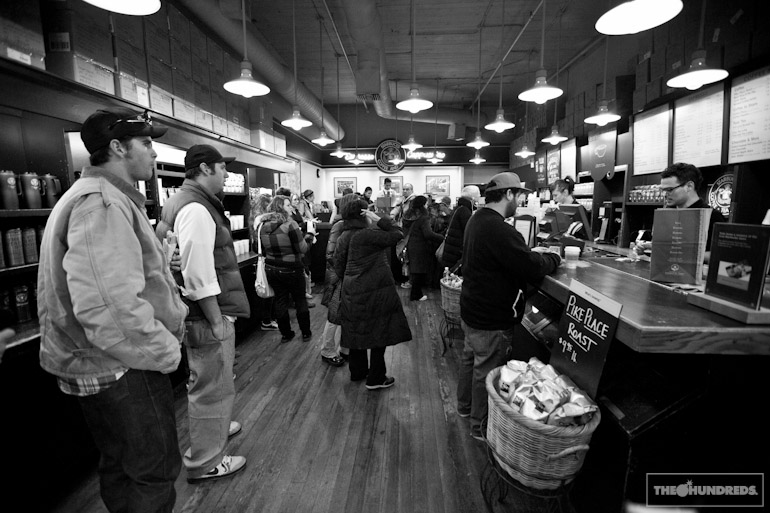 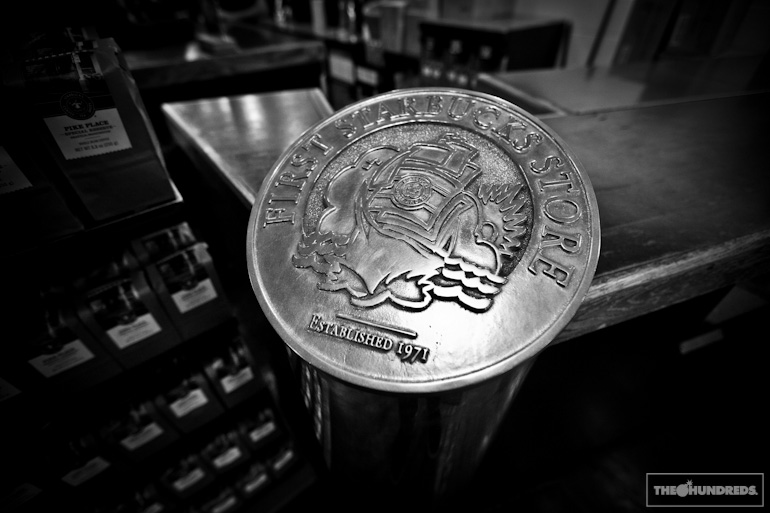 Also significant that we were here today, as Starbucks officially introduced their new logo to the public in commemoration of the chain’s 40th anniversary. I guess it’s causing quite a stir, in the wake of the Gap logo-change fiasco. But this time, looks like the company’s gonna do the right thing and stick to its guns. You go, Starbucks.

What you see below is the original Starbucks logo of a Norse woodcut siren. The coloration is brown as is the rest of the theme of this particular location. Only here can you get brown Starbucks product, like coffee beans and mugs, branded with these marks. 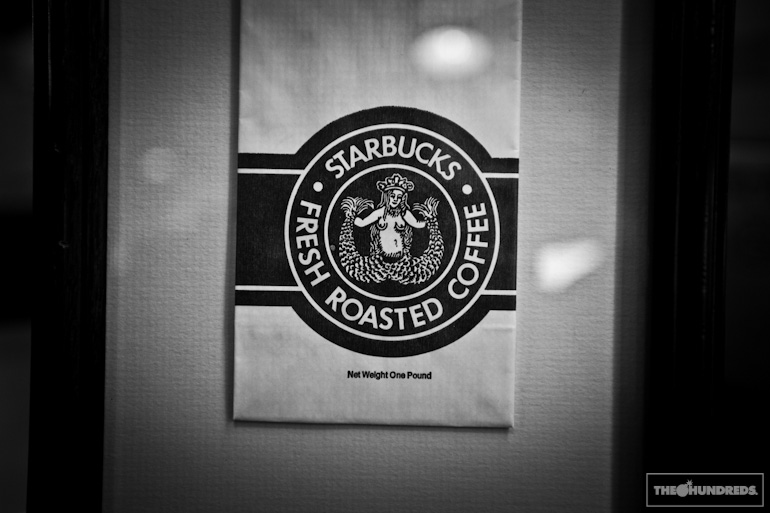 I guess a few years back Starbucks did a little throwback to the o.g. logo and people complained about the naked boobies. To which I say, what about her hairy armpits? Now THAT’s offensive. 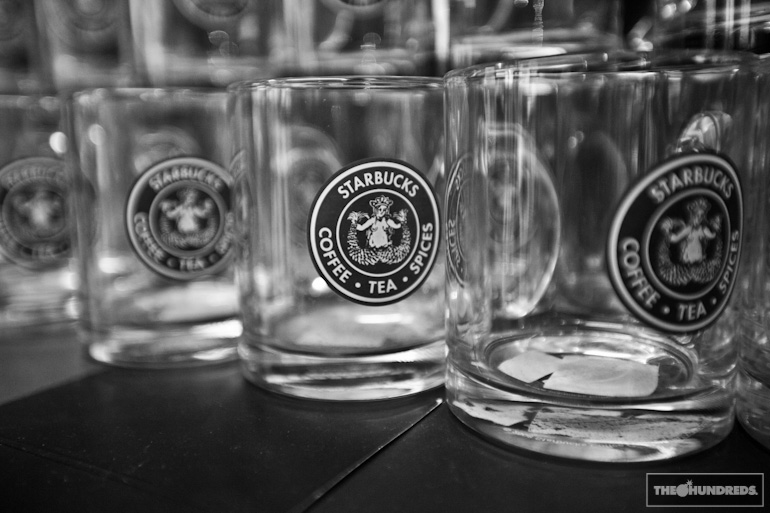 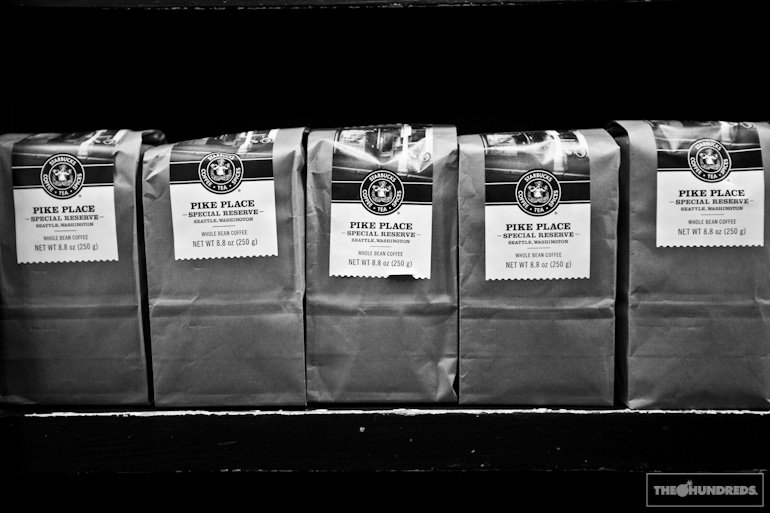 The original mascot wasn’t the siren at all, but this giant pig, Pork n Beans, made of coffee beans. It stands above the doorway entrance and most people miss it. Until they look up and go OH MY GOD LOOK AT THAT GIANT COFFEE PIG. 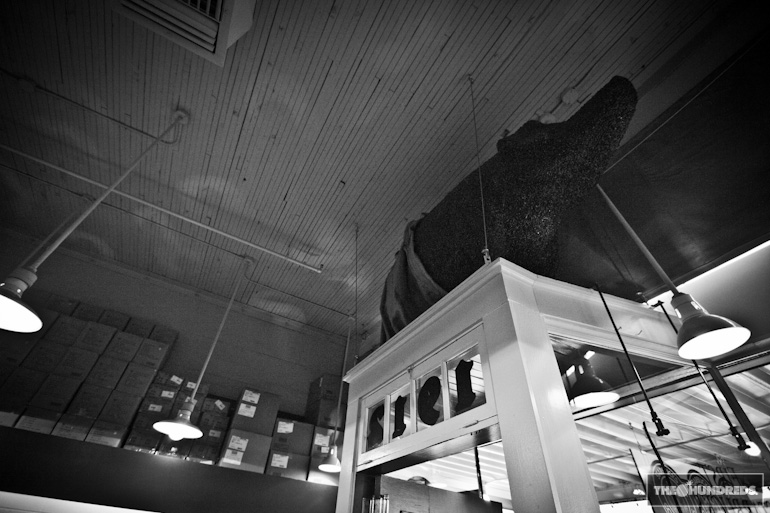 Okay, so.. I had some of their coffee. And I’m not sure if I just got caught up in the hype of the original Pike Place store or what, but it was amazing, better than any coffee I’ve had in recent memory. Starbucks, you’ve made a believer out of me. 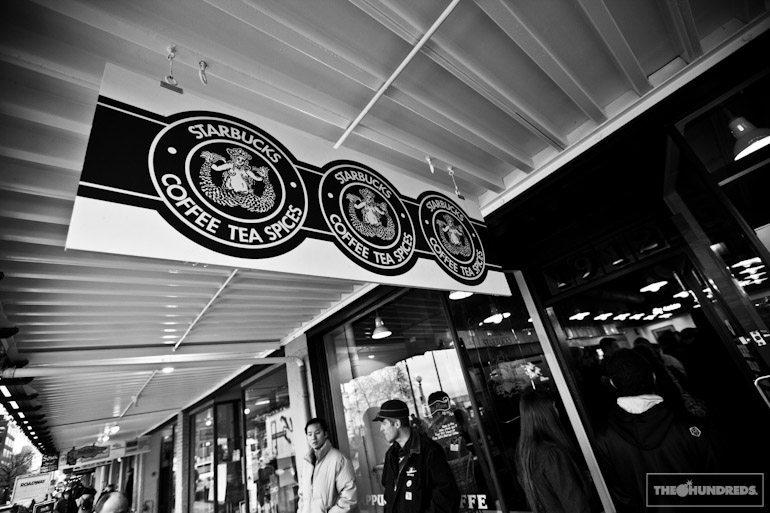