[Note: At DreamWork’s request, this entry has been heavily edited as of September 18th, with much of the original photography removed.]

Our Creative Director Patrick, Marketing Director Albie, and I had a meeting today at DreamWorks Animation, home of Shrek, Madagascar, How to Train a Dragon, and Kung-Fu Panda.  The objective was exactly what you’d think – to see if we could get something going between our creative groups… DreamWorks turns 20 next year but they are still pushing the envelope as far as entertainment and content for the “kid in all of us.”  Of course, all spearheaded by their fearless – and very hands-on – leader Jeffrey Katzenberg (who you can always tell is onsite because his white Tesla’s parked out front): 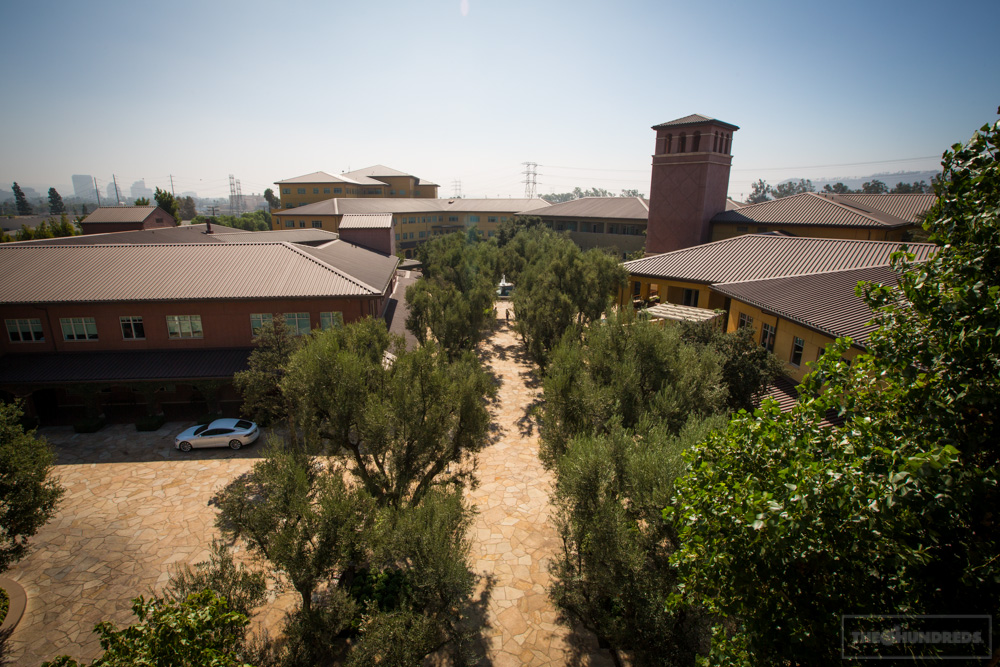 DreamWorks shoots for 2-3 big films a year. This summer’s big release was Turbo (not to be confused with the American Gladiator or the pop-locker), which was up against some heavyweights, but held its own in the race.  Turbo’s adventures will continue later this year with a Netflix series accompaniment (Speaking of which, how much is Netflix crushing it these days?) 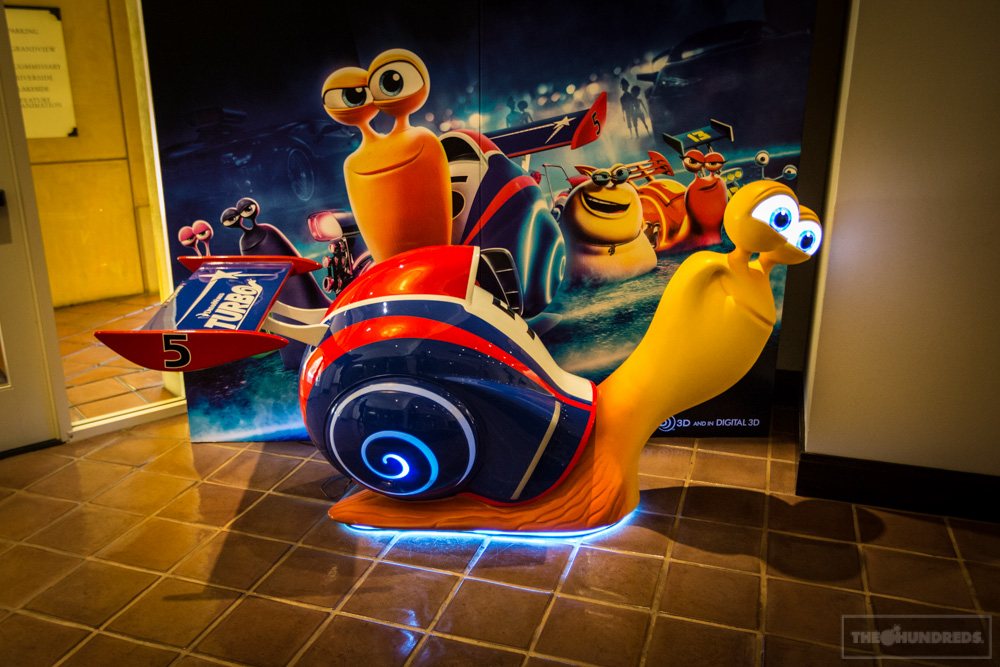 I’ve stepped foot on a lot of cool “corporate” campuses and business playgrounds over the years (most recently, Twitter), but I’ve gotta say – DreamWorks takes the cake.  Must be nice to go to work everyday at a Tuscan retreat where the boss sends out daily personalized emails about the goings-on in his life and they dole out free food and drinks all over the grounds. 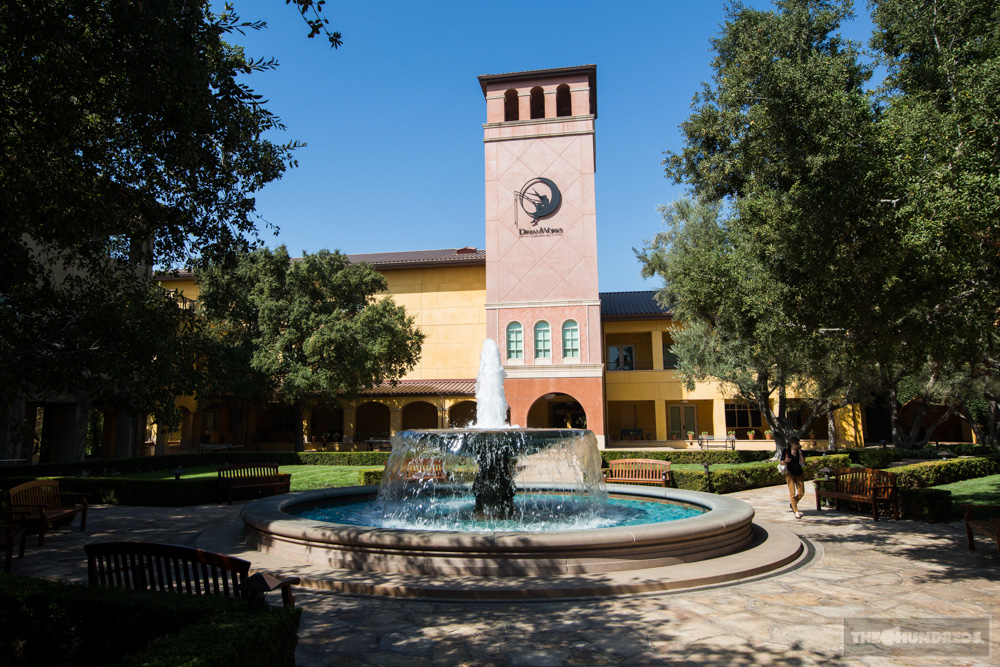 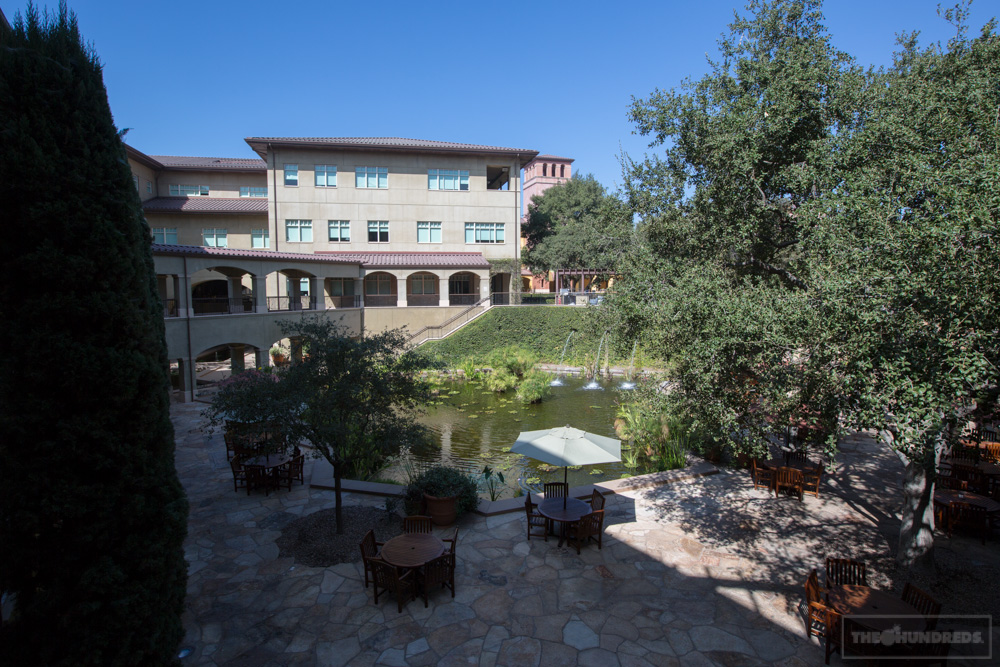 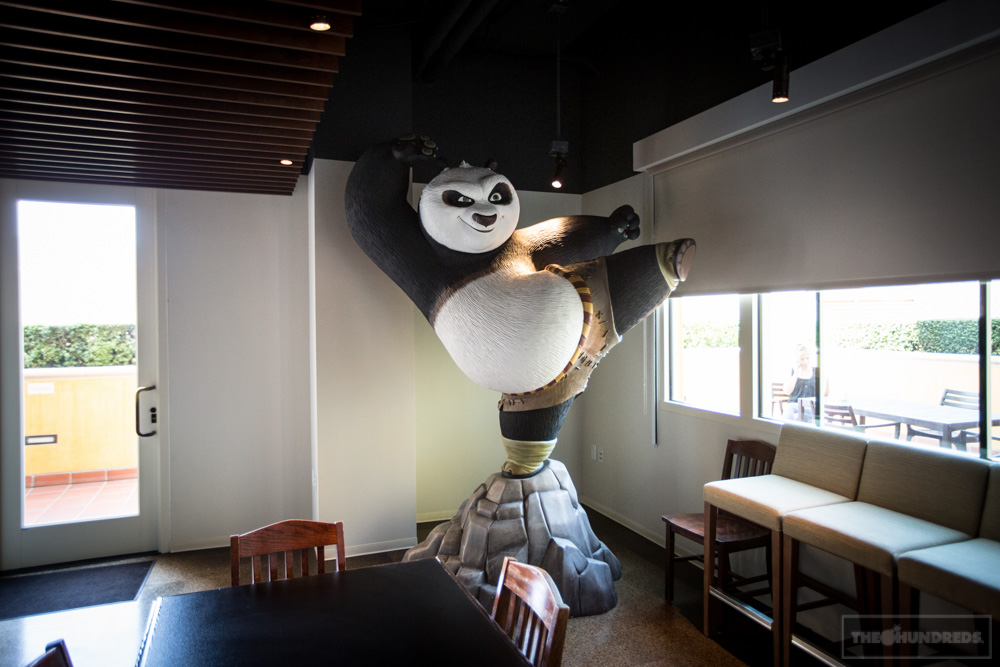 Nope, the answer is Tiger Woods (He’s a PARTY animal). 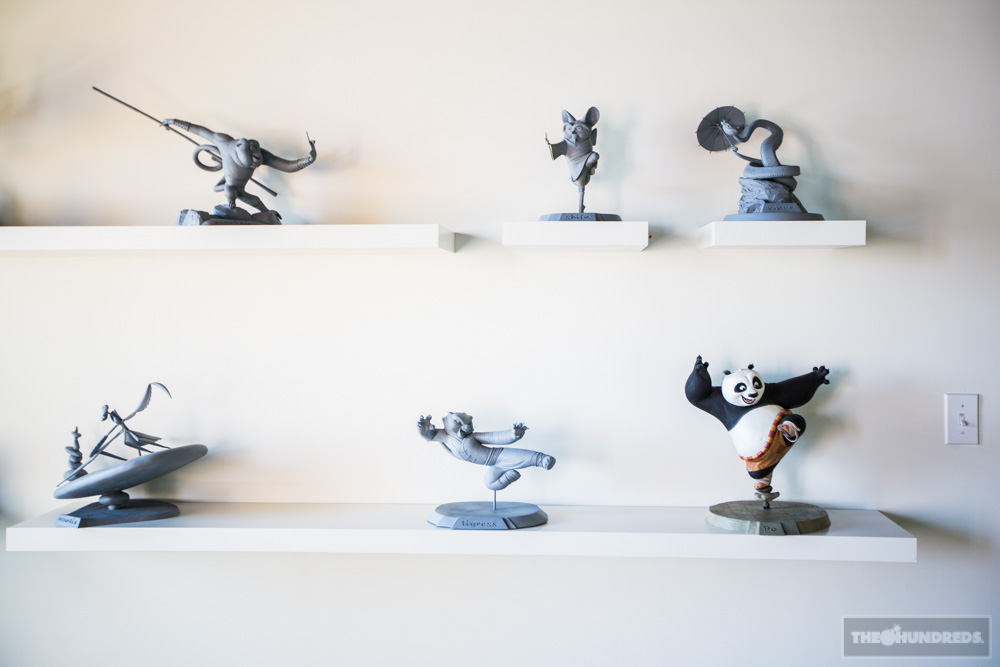 Yeah, so like I was saying. Seems really cool and inviting to work here. This was the animators’ side of the building, so most everyone was working in the dark to replicate the theater setting.  Where’s everyone?

Out to lunch. Why would you leave the worksite when they serve fresh, free grub for all 2,000 employees or so? 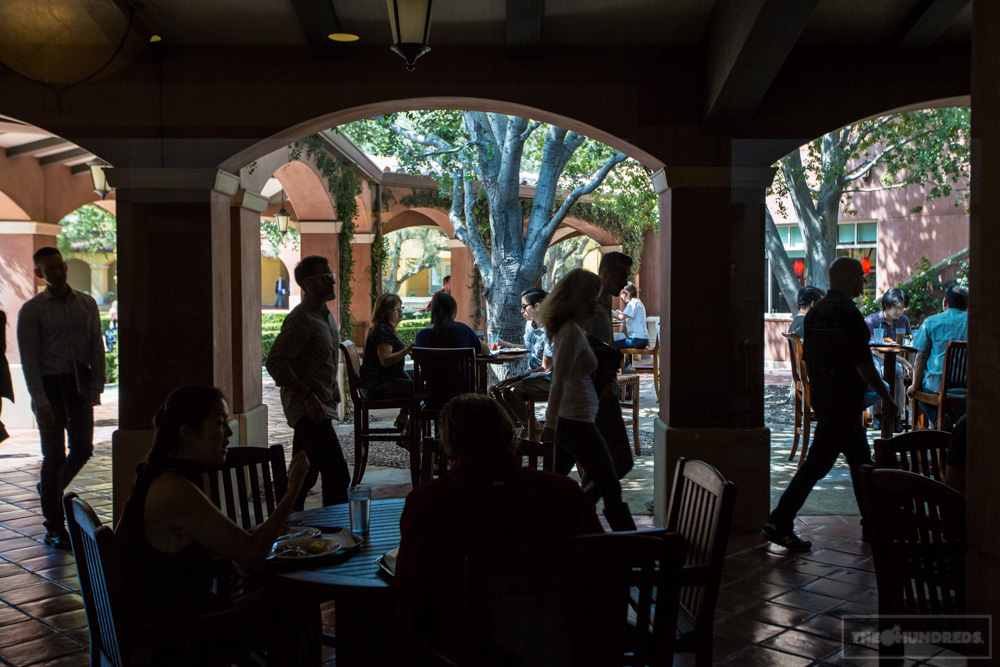 There’s an outdoor grill serving up burgers and hot dogs.  But inside you got multiple stations: salad bars, sandwich zones, brownies, soup, you could eat here for months and not get the same thing twice. 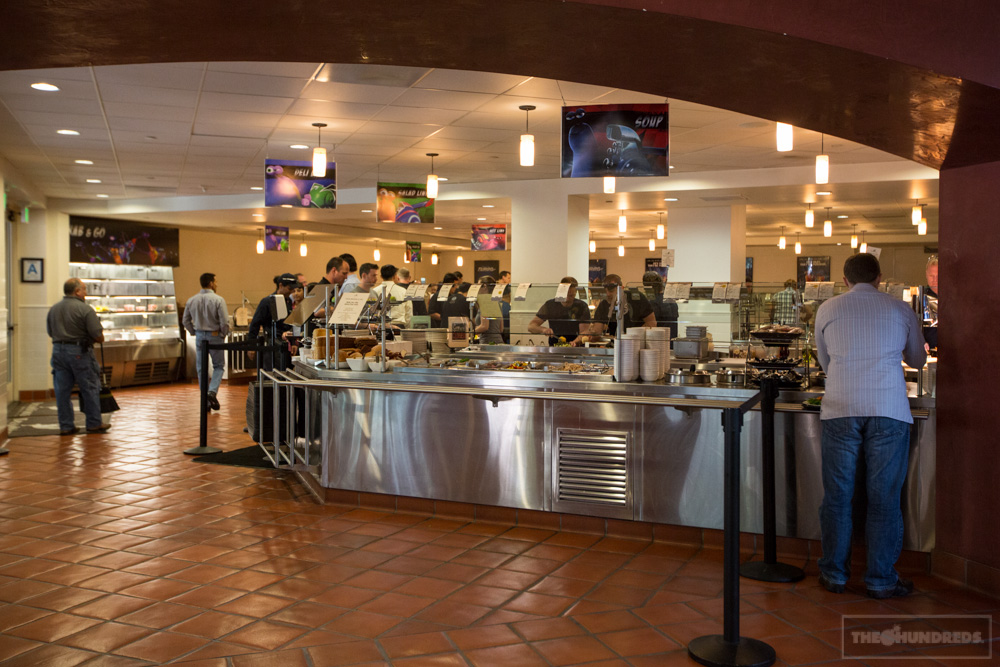 Best lunch ever.  My new favorite restaurant.  Gonna eat here everyday, whether I have DreamWorks business or not. 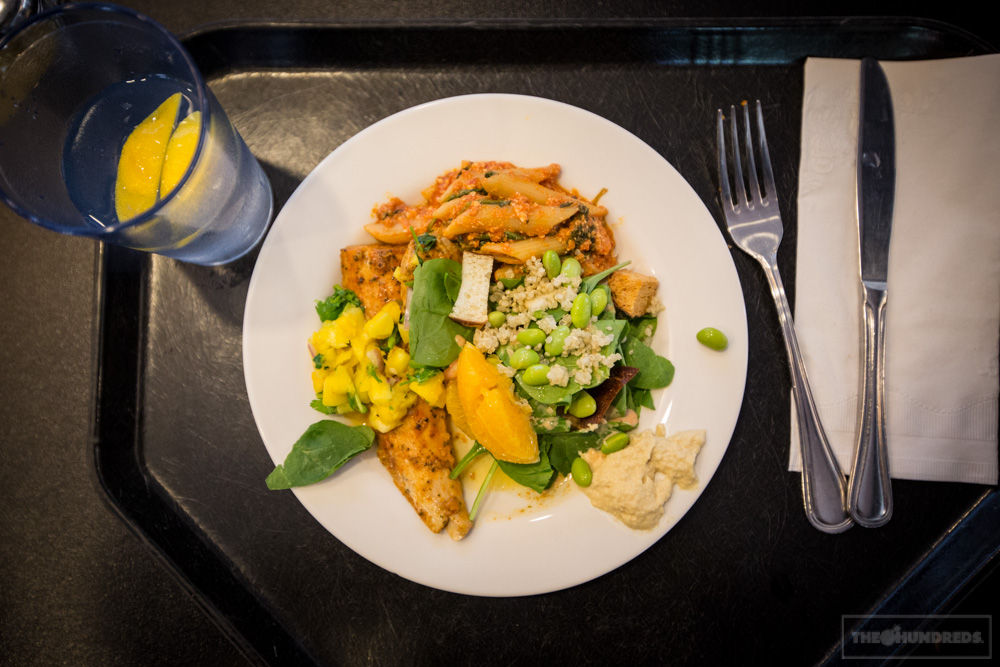 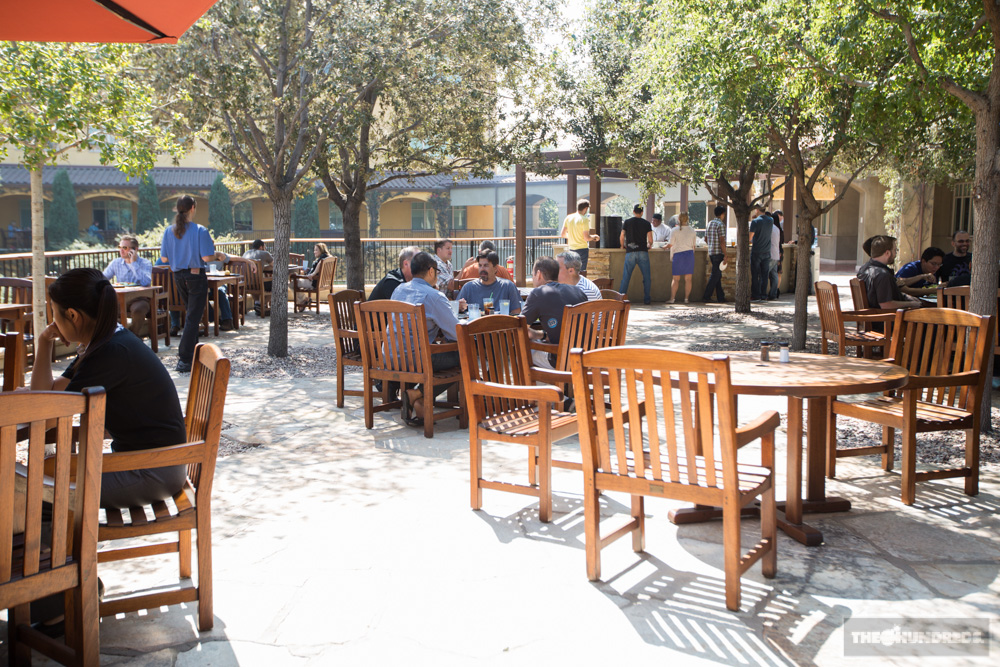 My favorite part of the DreamWorks tour is totally off-the-grid and unbloggable, so you’ll just have to use your imagination.  Let’s just say this room is cooler than anything you’d even find at The Hundreds. 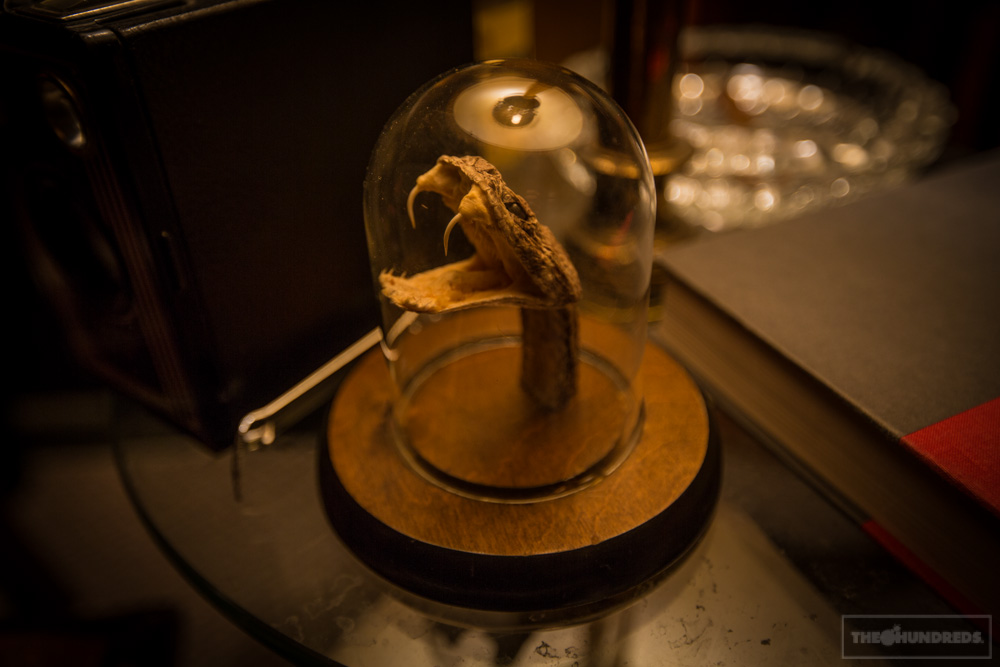 So we’ll just have to see what’s next.  DreamWorks is responsible for some properties now that you wouldn’t expect… some super interesting legacy characters that no one’s tapped into yet.  You know us, always going for the nostalgic, the obscure..the not so obvious.  Stay tuned to see if anything comes of this…