Our L.A. store has kept its doors open for 4 years, but Rosewood Ave. has actually been home to The Hundreds for longer. As many of you know, this space used to be our first official office and studio. Ben, Scotty, and I would show up for work here every morning, sit at a fold-up desk on PC laptops, design and sell throughout the day, and by mid-afternoon entertain homeys who’d come around the block. After years, our home has become their home and half a decade later, our family has expanded:

Everybody’s looking at these. 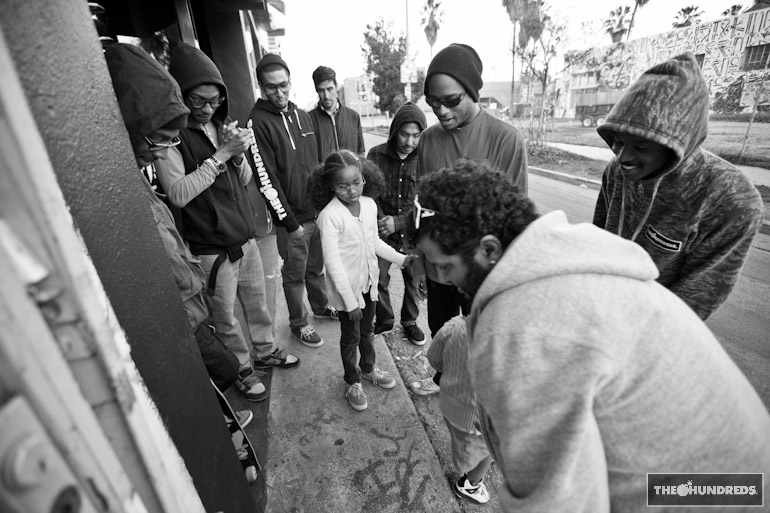 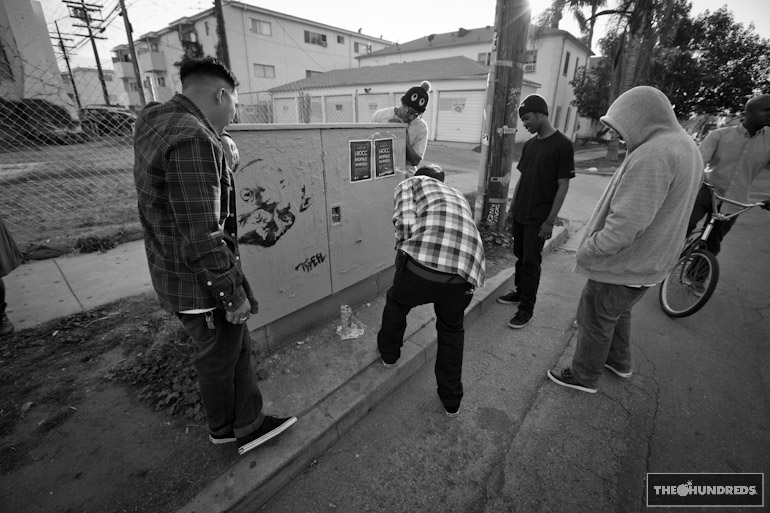 They used to be a scarcity in this neighborhood. When we first moved onto the block, the Fairfax District had remained L.A.’s sleepy Jewish epicenter for decades. We’d sit out on our porch every afternoon, skate, ride bikes, smoke, drink, yell, scream, even play street soccer, and it was totally kosher. Car accidents, bumfights, violent crackheads, they were a fact of RSWD life and you couldn’t find a policeman no matter how many donuts you’d lay out.

Fast forward to today, where the LAPD has declared war on Fairfax’s new generation. Senior Lead Officer Art Gallegos is Fairfax & Rosewood’s hall monitor and circles the intersection like a rabid vulture, zeroing in on any youngster holding a skateboard. So many of the kids in the neighborhood have racked up expen$$$ive tickets for participating in a game of S-K-A-T-E.

I got into a little facetime with Gallegos here. Although skateboarding is clearly not a violent or illegal act, the officer uses his muscle, intimidation, and threats to accost teenagers having fun, pinning the skateboarding “crime” on an indirect pedestrian offense… Barking demands, demeaning and belittling the very people he is to protect and serve. These kids aren’t out causing trouble, robbing, or killing, but Gallegos defends his actions by stating that the community doesn’t want skateboarding around. Something I found hilarious, considering WE, the skateboarders, are Fairfax’s community. The skate and streetwear shops on the block and the patrons who support them have pumped hundreds of thousands of dollars into this sector. We have brought life and sidewalk traffic back to Fairfax, and revitalized it as a burgeoning square of L.A. Yet, the police continue to ignore this, and ignore us, although we are the ones who pay their salaries.

After I broke down all of his defenses, Gallegos had only one left to stand behind. He pointed at his badge and said “Hey, this is my job. What do you want me to do? I understand it’s petty, but what am I supposed to tell my superior? I have to show him I’m doing my job.”

I’m sorry, but that’s just not enough for me, Officer. 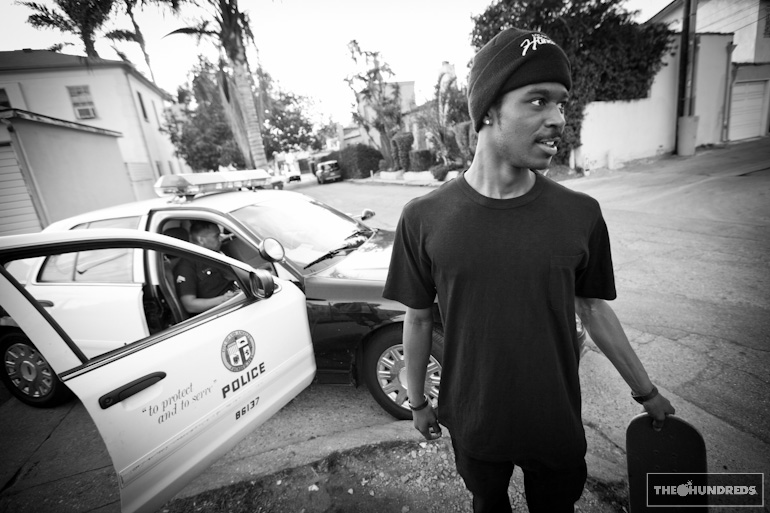 Upstairs is Dom Kennedy‘s lair, the musician’s studio where he burns the midnight oil writing and producing raps. The Hundreds supports Dom 110%, he is a true independent artist, smart, driven, focused, and beyond all, talented. There is no other Dom Kennedy, no one even comes close. 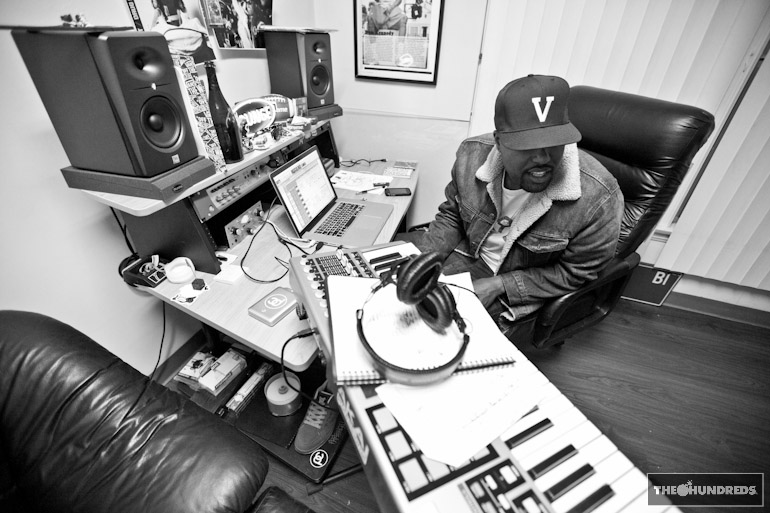 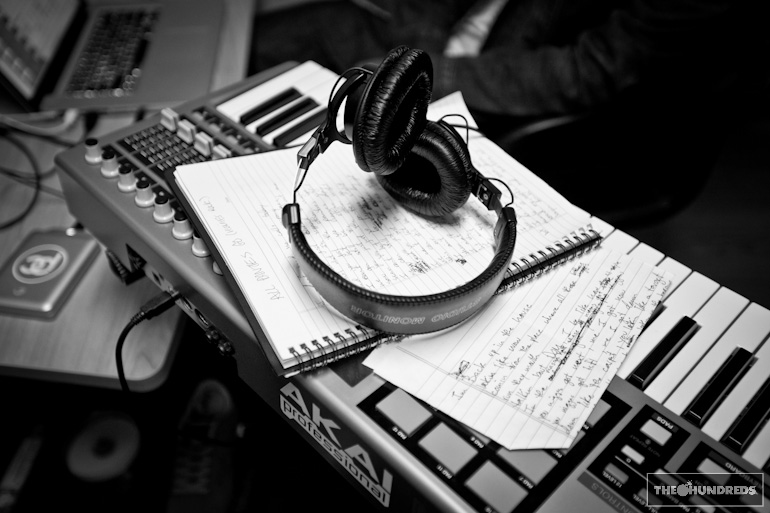 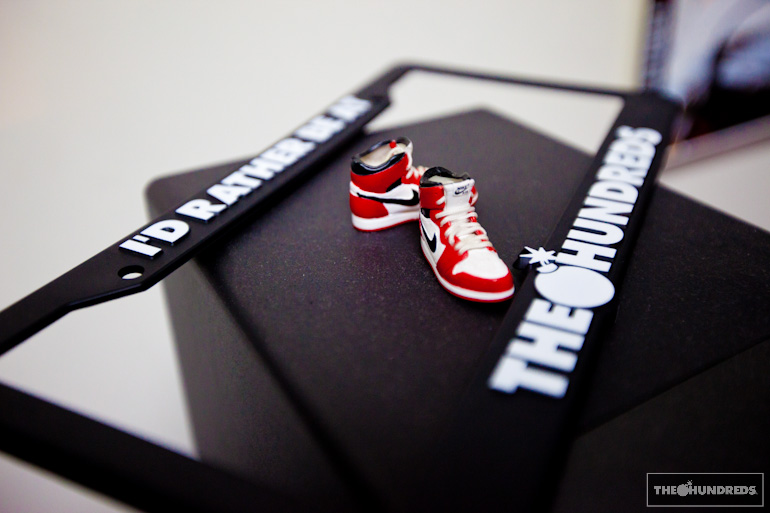 We book-end our day up in The Hundreds’ SECOND official office. After we moved out of the space downstairs so that it could be built into THLA, we situated ourselves in here back around ’06 and grew from a staff of 2 to 10 in a matter of months. Years later, we’re right back where we started, but this time we’re joined by Mr. Rob Heppler aka ROB.

What’s this? Are we recording the first show for our official The Hundreds podcast? Sure, it’s gonna be called ON BLAST! and we’re pretty excited for this new chapter of The Hundreds’ neverending story. 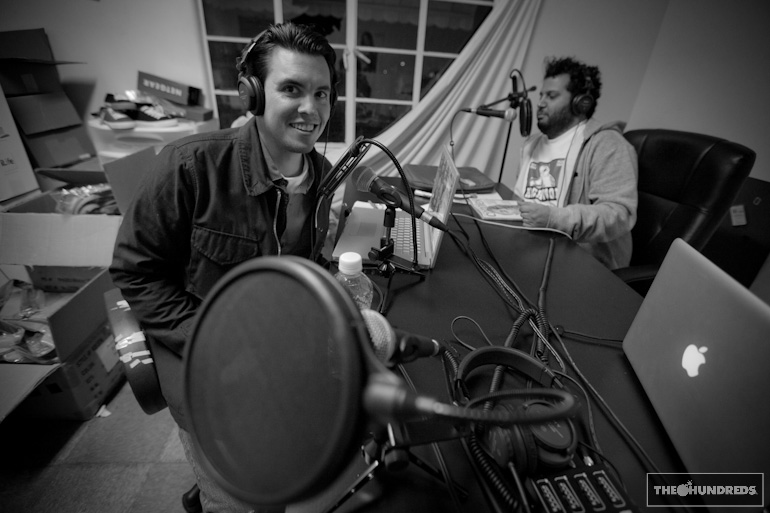