Haven’t been here for a minute, but back at Wurstkuche for lunch. I swear, it’s not even about the sausages at this point, it’s theMr. Q. Cumber soda. 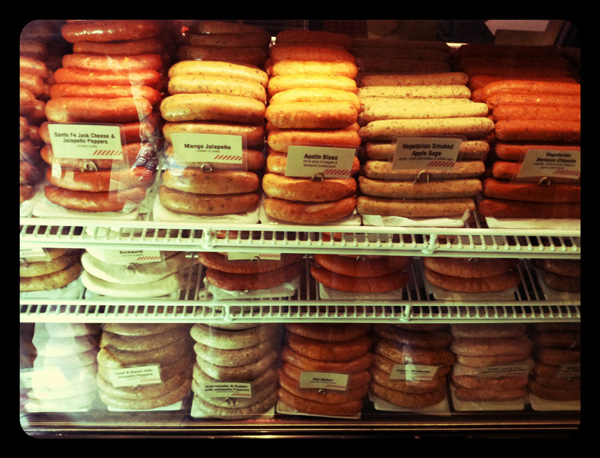 It’s my sister from another mister, SuChin Pak. We got to talking about the accelerated Cool, basically about how trends move so rapidly these days that it’s impossible to keep abreast of what’s up. All that results is a stratified spectrum of niche interests, trends are all over the board and by the time you find out, it’s onto the next one. And then you have Charlie Sheen and OFWGKTA, although both have been brewing for some time, it seems like these things are exploding so suddenly and fervently — from cornerstore talk to late-night show circuits within days. How does this happen? In a business where we have to chase Cool, how can we keep up? 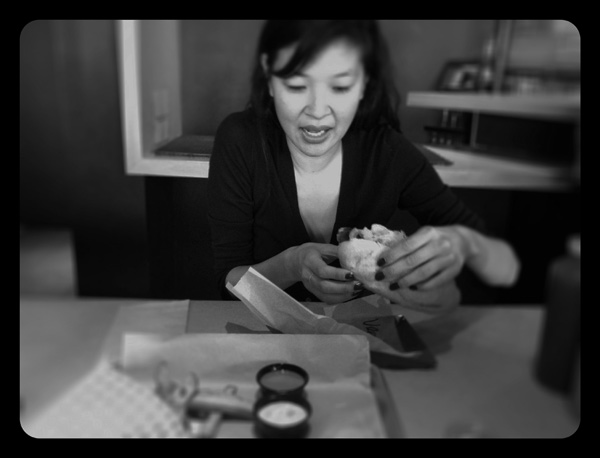 We can’t! Tomorrow, there’s someone else with a hit single or controversial video, a new restaurant with a juicier hamburger, an edgier fashion line with a drapier, bohemian-er, deconstructed-er-er range.

But that’s not the point, it’s not about finding that new somebody or something. It’s about deciphering what makes them Cool. And SuChin reminded me that what is Cool is authenticity and honesty. I grew up in a generation (the ’80s and ’90s) pulverized by fiction and lies: advertising, hard-sells, and glam. We clung to fairytales, family sitcoms where the Black parents were doctors but always at home with the well-adjusted kids, or pop musicians and movie stars who seemed superhuman and extraordinary in lifestyle and luxury. The billboards screamed at us, “Smoke our cigarettes and be White and beautiful like these coke-fueled models with blacklung!” It was about selling make-believe but it was all a mirage. And after decades of crawling through the desert, I think we all just collectively figured out, “Hey, there ain’t no water and palm trees here. Just dirt.”

And that’s why the secret to success today is keeping it real. Just be yourself. No, really, be yourself. You may not be cool because you’re the introverted outcast fat kid who stencils pentagrams on your shoes and eats lunch with the other introverted outcast fat kid who stencils pentagrams on his shoes. But if you load your Tumblr up with Devil-worship imagery and photos of all the chili cheese fries you ate today, now… THAT is Cool. Because you’re not pretending to be someone you’re not, you’re not saying you want to be something you can’t. You are owning your identity and embracing the rawness of pure, unfiltered, self.

SuChin told me to look at the television landscape. Why does reality TV work? Because it’s not scripted (well…), it’s not a fake pre-determined account of reality played by actors. We all know a reality TV star, these are everyday people like you and me and J-WOWW dealing with very average and pedestrian situations and reacting honestly. Which is why Twitter works; we’re reminded of the humanness of celebrities and we feel closer to them for it. Ultimately, we buy the product they’re selling because we buy the people; whether it’s true or not, it feels more genuine.

Charlie Sheen: We have watched this Hollywood bad boy publicly navigate through decades of artificially flavored celebrite and blockbuster-movie fantasia, but for the first time ever, we are getting the REAL Charlie – unfettered by publicists and press junkets. And although it’s a bit weird, we are drawn to its truth.

And why does The Hundreds work? Because we’ve never pretended we’re something we’re not. 7 and a half years later, we’re still the same kids who started a simple t-shirt and website project out of passion, we’re still avid collectors, fanboys at heart. Still admittedly not experts or the Coolest, still very much sharing the same perspective as our own customers, geeking out on the same fashion and music, art, design, and creative ingenuity surfacing out there.

This is us. No fog machines, no script, no fake backdrop. When you buy or read The Hundreds, what you see is what you get. It’s still dirt, but hey, it’s our dirt.